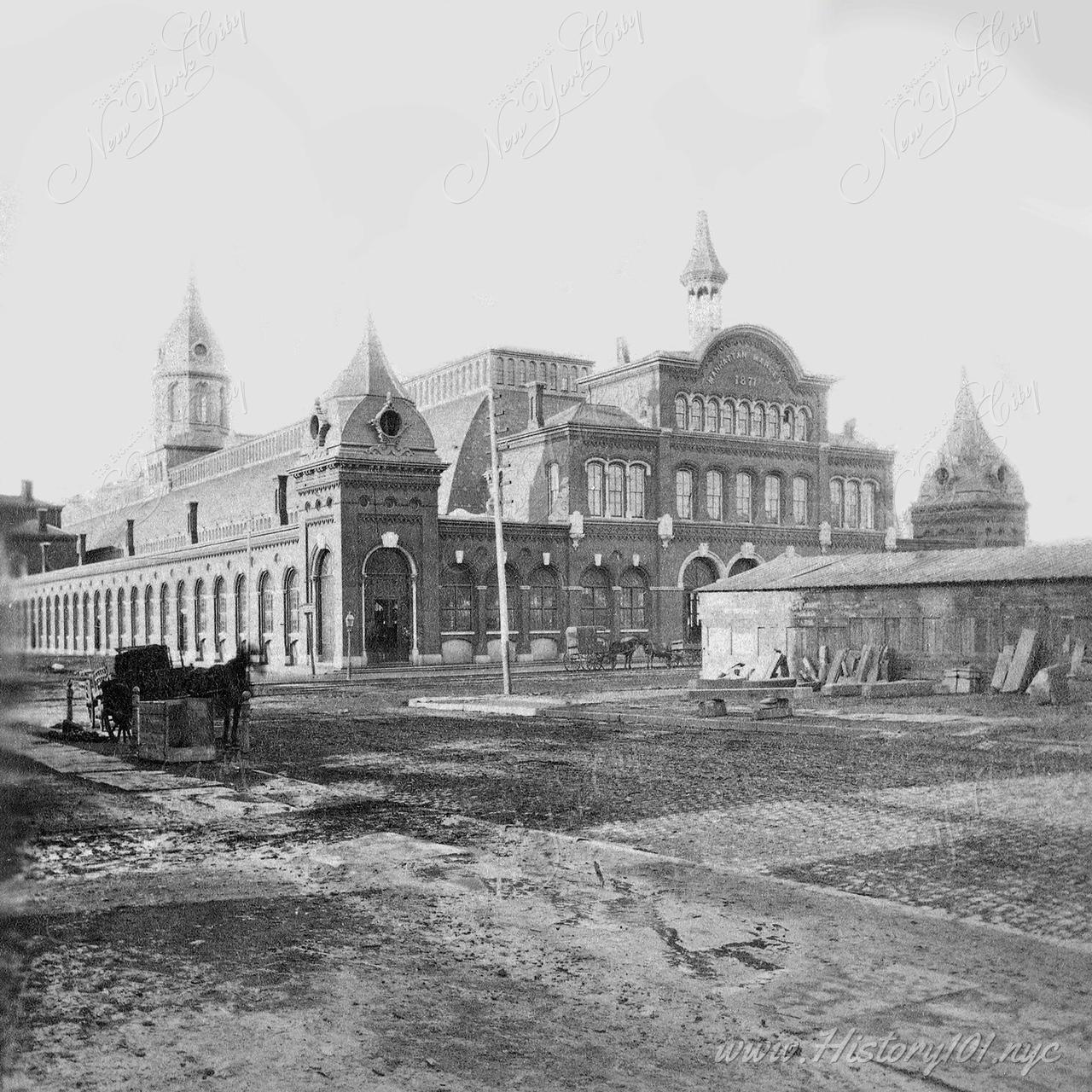 The Manhattan Market was located on 34th to 35th Streets and 12th Avenue (future site of the Jacob Javits Convention Center). The Market opened on November 11, 1872 with a "concert that drew together no less than 30,000 people according to The New York Times. The market was doing great it’s first year, with half of the retail stands rented out and four wholesale meat distributors in operation.

Unfortunately, Tammany Hall and many corrupt politicians had financial interest in what was called the “Washington Market Ring” and they would use every scheme available to make the market fail (there were only two large markets in 1800’s Manhattan – The Washington and Fulton Markets).

After the Manhattan Market closed, many merchants, vendors and shoppers started a movement to re-open the market and The New York Times happily reported that "The re-opening of the Manhattan Market is fixed for Tuesday, Oct. 5, 1880. However a suspicious fire broke out in the building on September 8, one month before it was set to reopen (Tammany Hall was not very accepting of defeat).