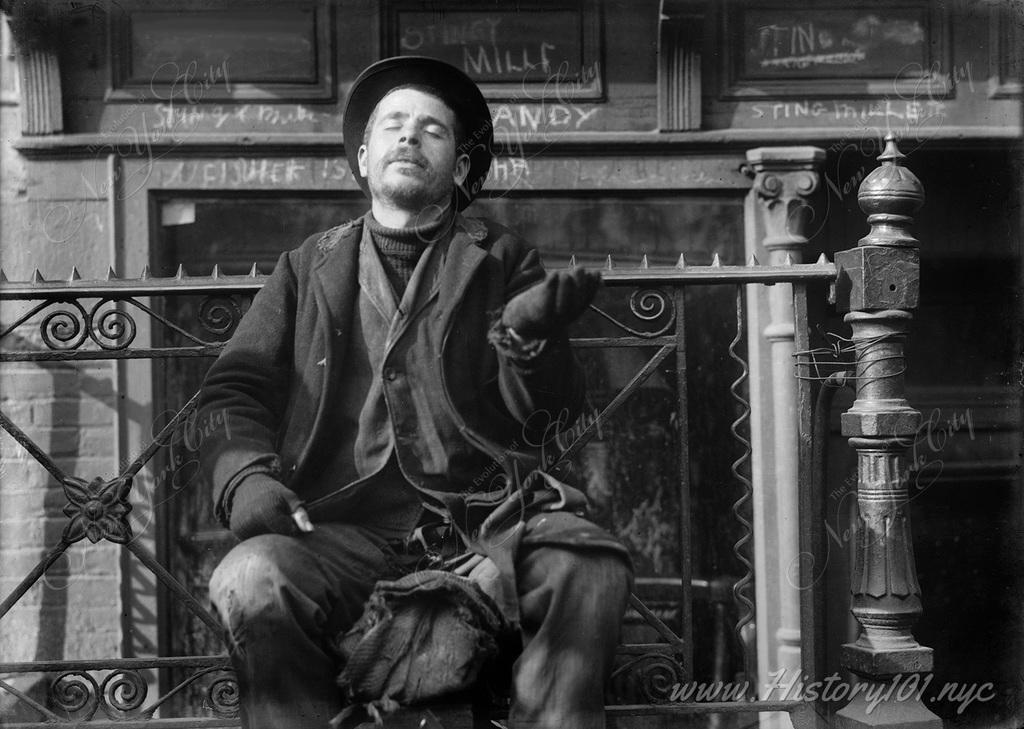 A blind vagrant panhandling in front of a building. Homelessness would become a growing issue during this era with the emergence of a new industrial working class which was extremely vulnerable to poverty.