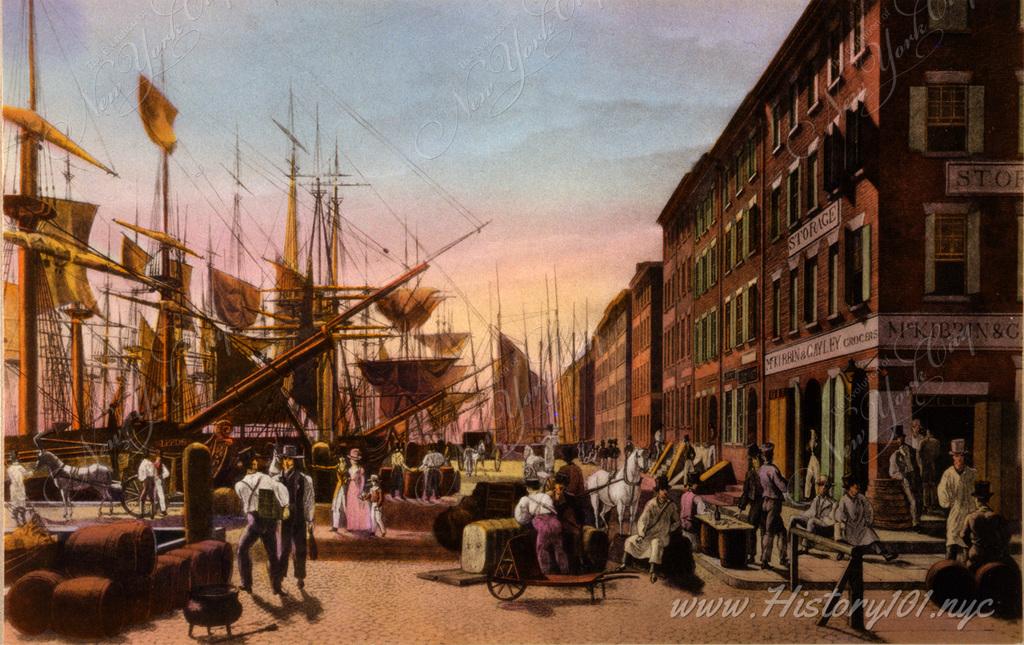 A Busy Wharf Scene (area to which a ship may be moored to load and unload) at The South Street Seaport (the first pier in the area appeared in 1625 by the Dutch West India Company).