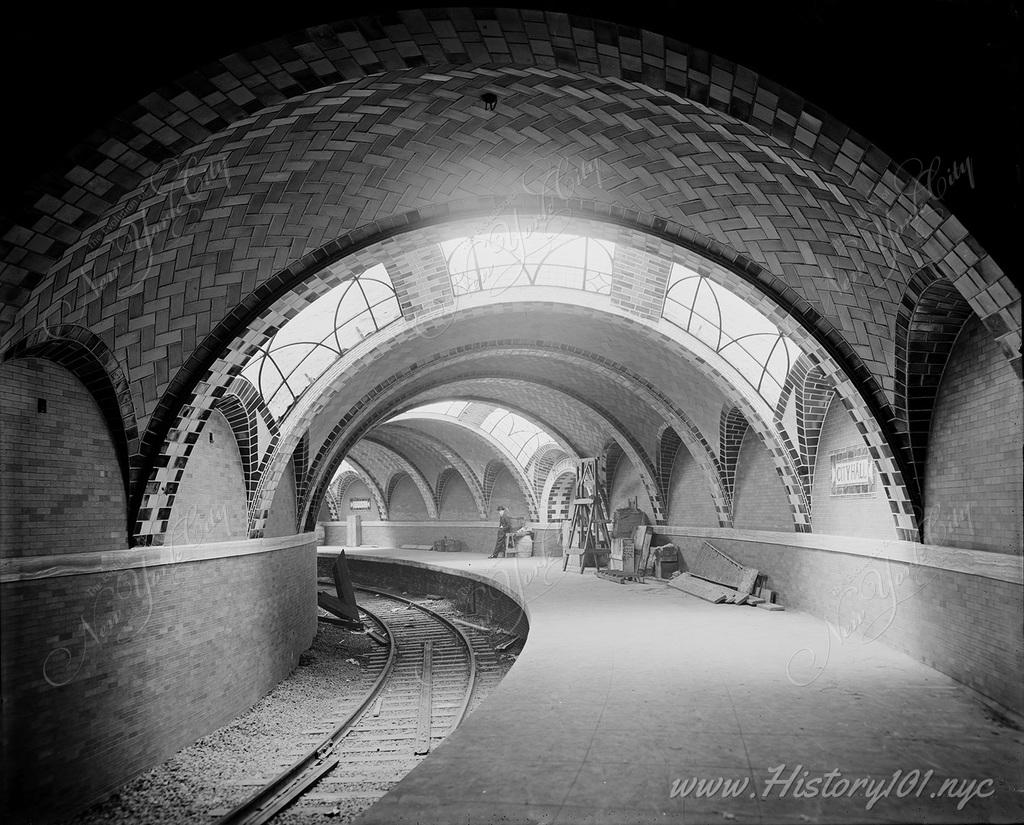 Construction started on March 24, 1900 in City Hall, also known as The City Hall Loop. On October 27, 1904 at precisely 2:35 pm, the first subway train departed from City Hall station with Mayor McClellan at the controls. The original 28 stations of the New York City Subway started from City Hall to 145th Street.