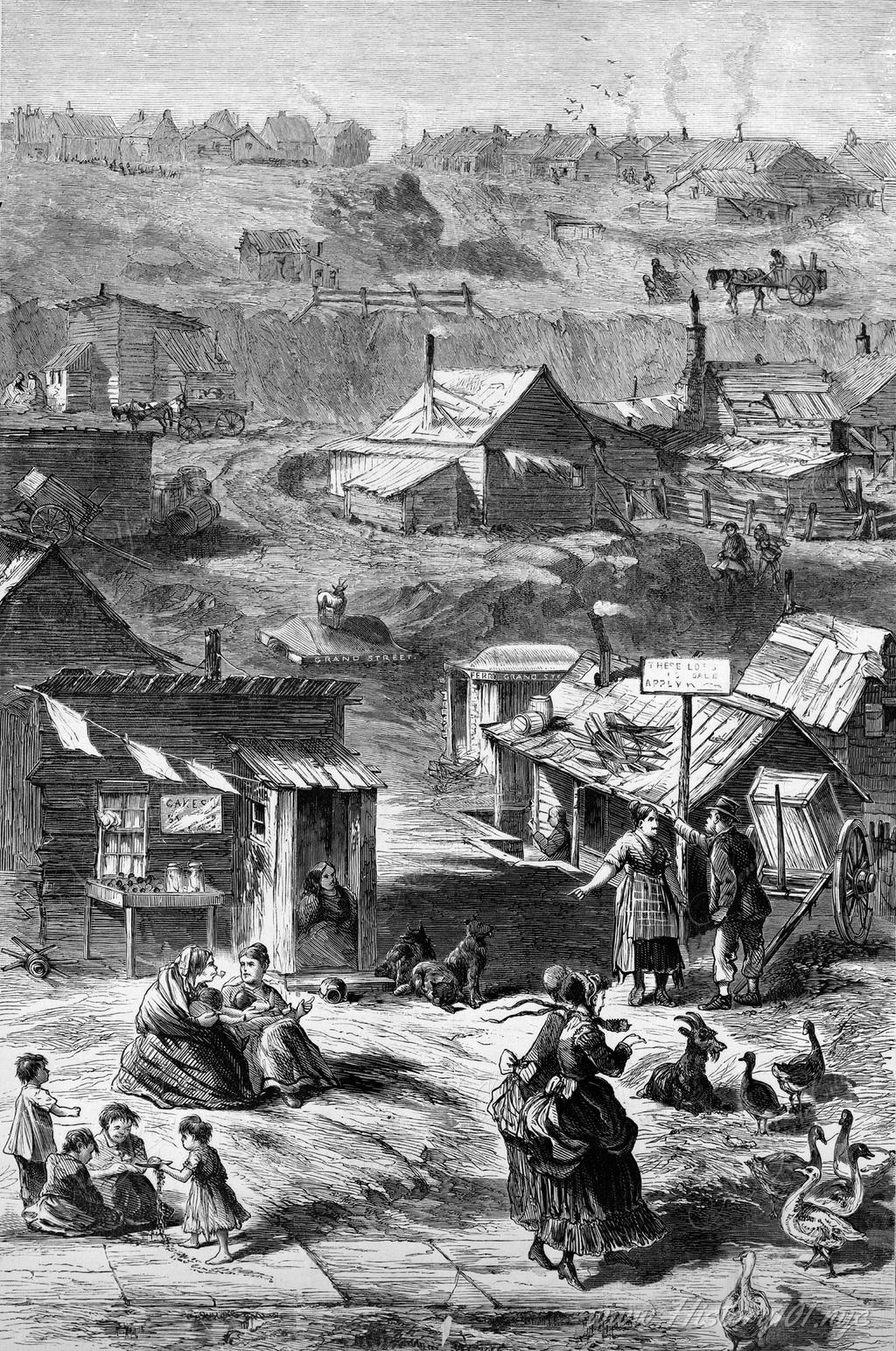 An artist’s rendering of Squatters near Central Park living among farm animals in their shacks.