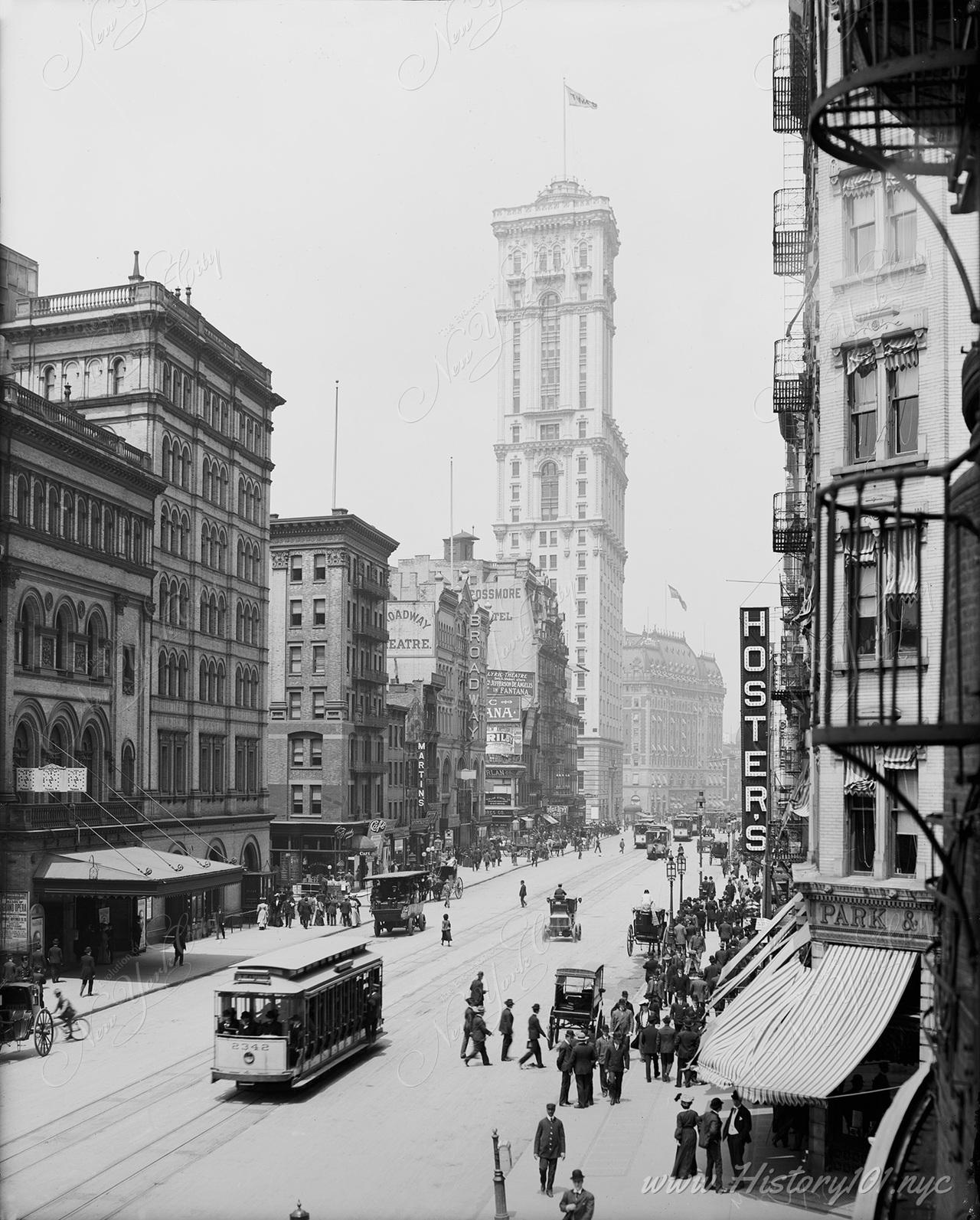 One Times Square, on the site of the Pabst Hotel, was completed in 1904 to serve as the headquarters of The New York Times, which officially moved into the building in January 1905. The newspaper’s owner, Adolph Ochs, also successfully persuaded the city to rename the surrounding area (then known as Longacre Square) after the newspaper, becoming Times Square.