After six years of a world at war, the Allies have emerged victorious, an event which would fuel the American economy well into the next two decades. New York would ride this wave of prosperity and renewed celebration, filling the city with parades while expanding its financial and cultural footprint. Popular culture also began to cross social barriers as Jackie Robinson of the Brooklyn Dodgers crosses the baseball color line. 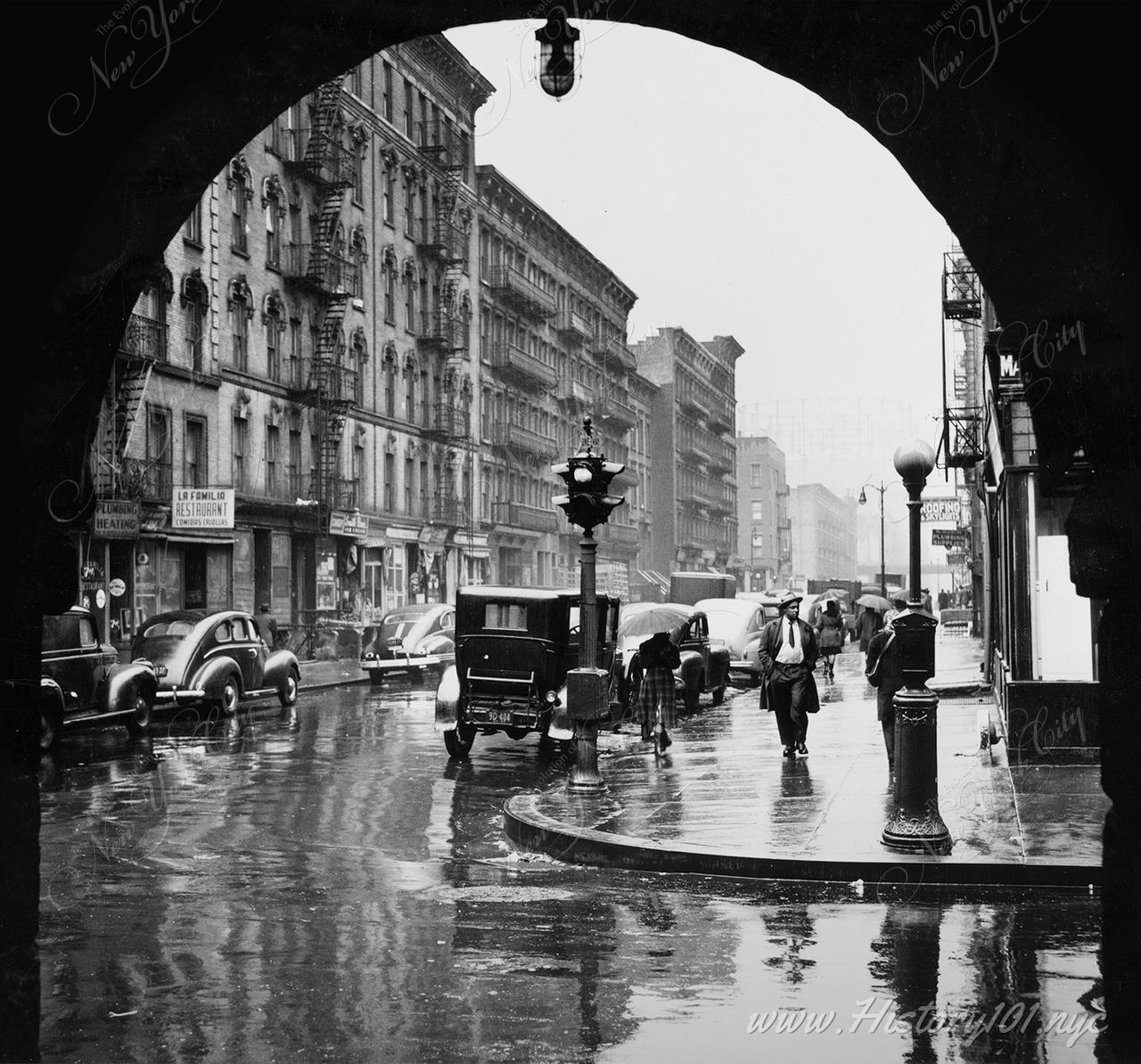 A photograph taken after a rain storm beneath an overpass looking east on 110th Street from Park Avenue. 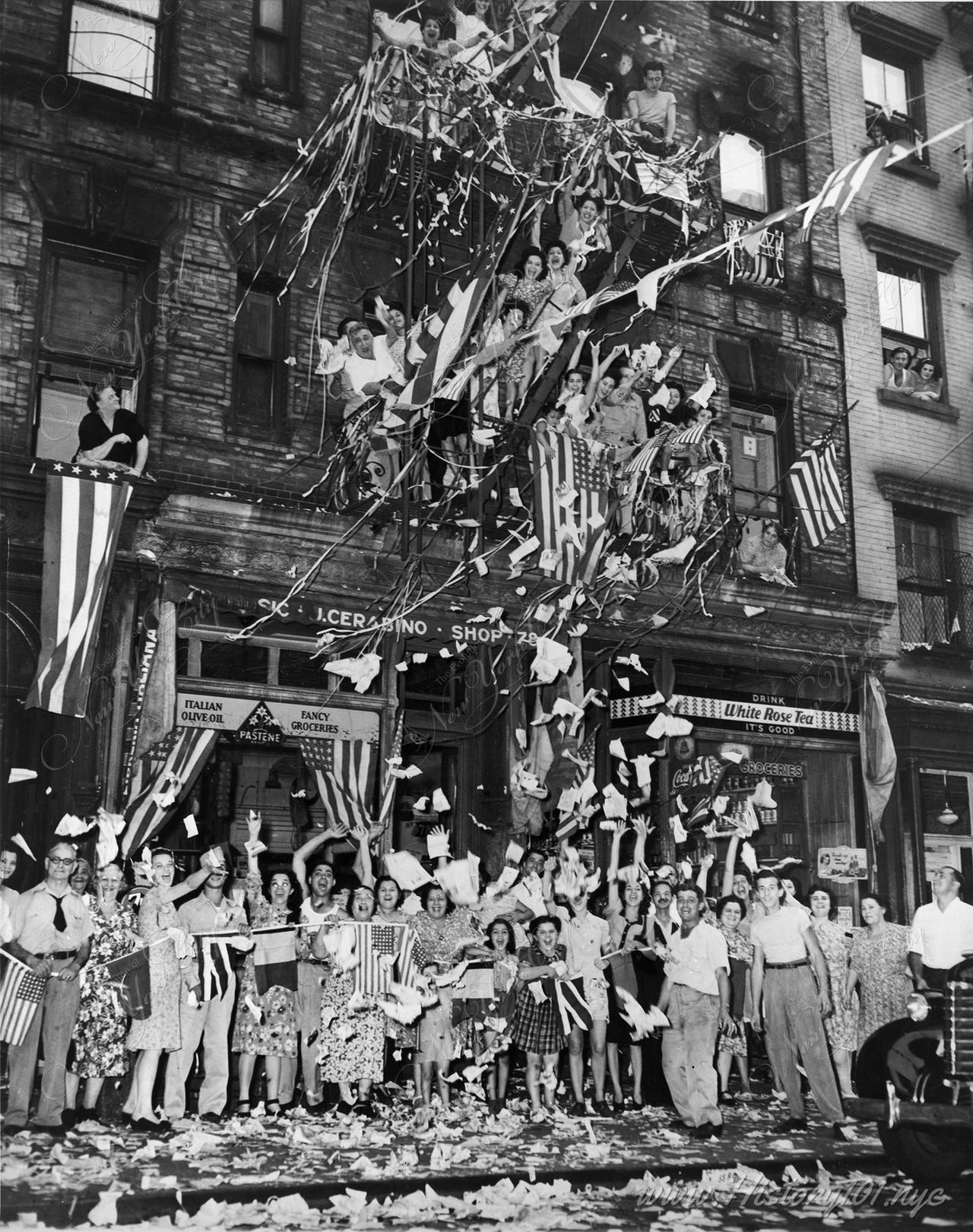 Residents of New York's "Little Italy" in front of 76 Mulberry Street greet the news of Japan's acceptance of Allied surrende. 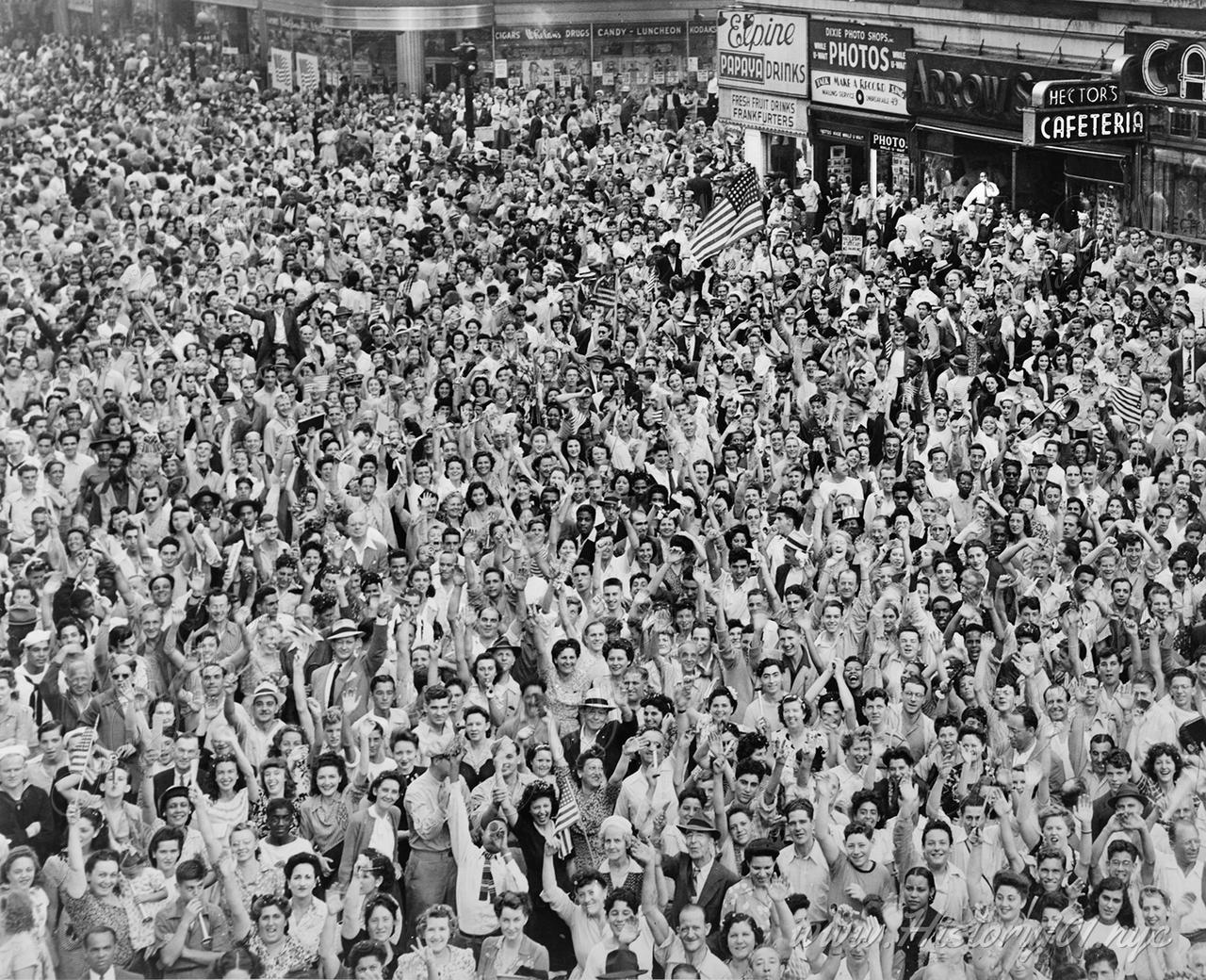 Crowd of people, many waving, in Times Square on V-J Day at time of announcement of the Japanese surrender in 1945. 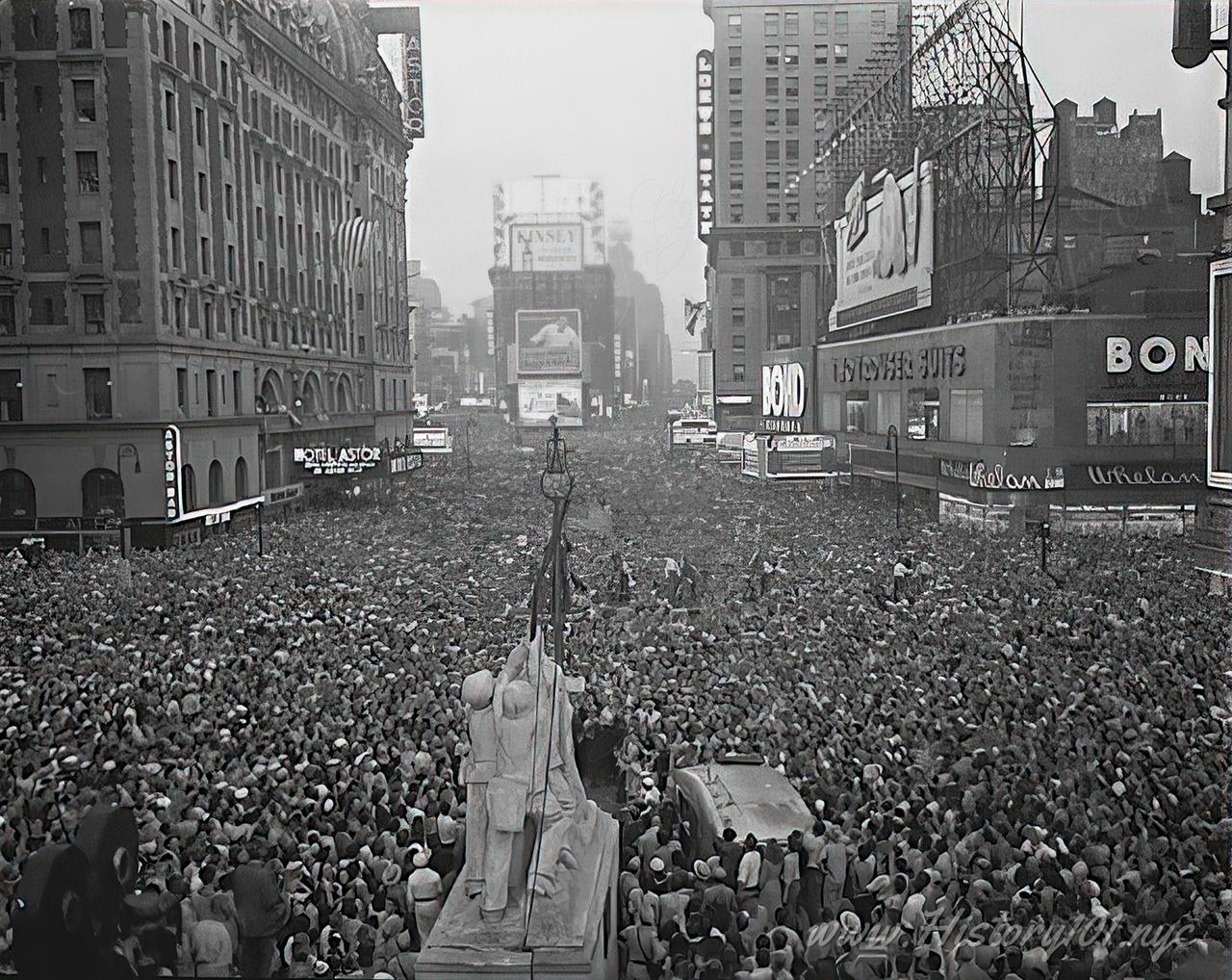 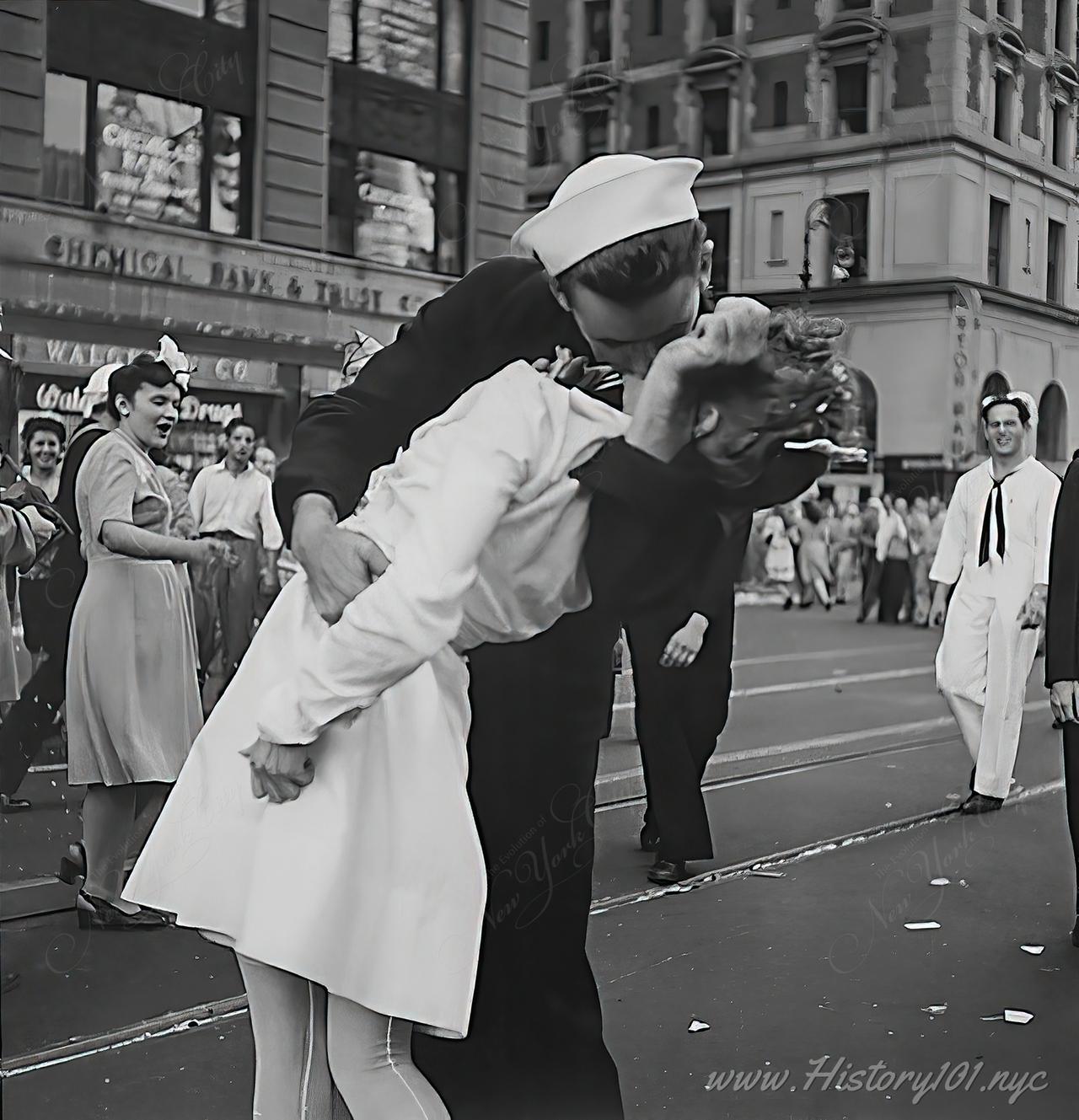 Photograph of a sailor kissing an unknown woman in Times Square upon the announcement of Japan's surrender. 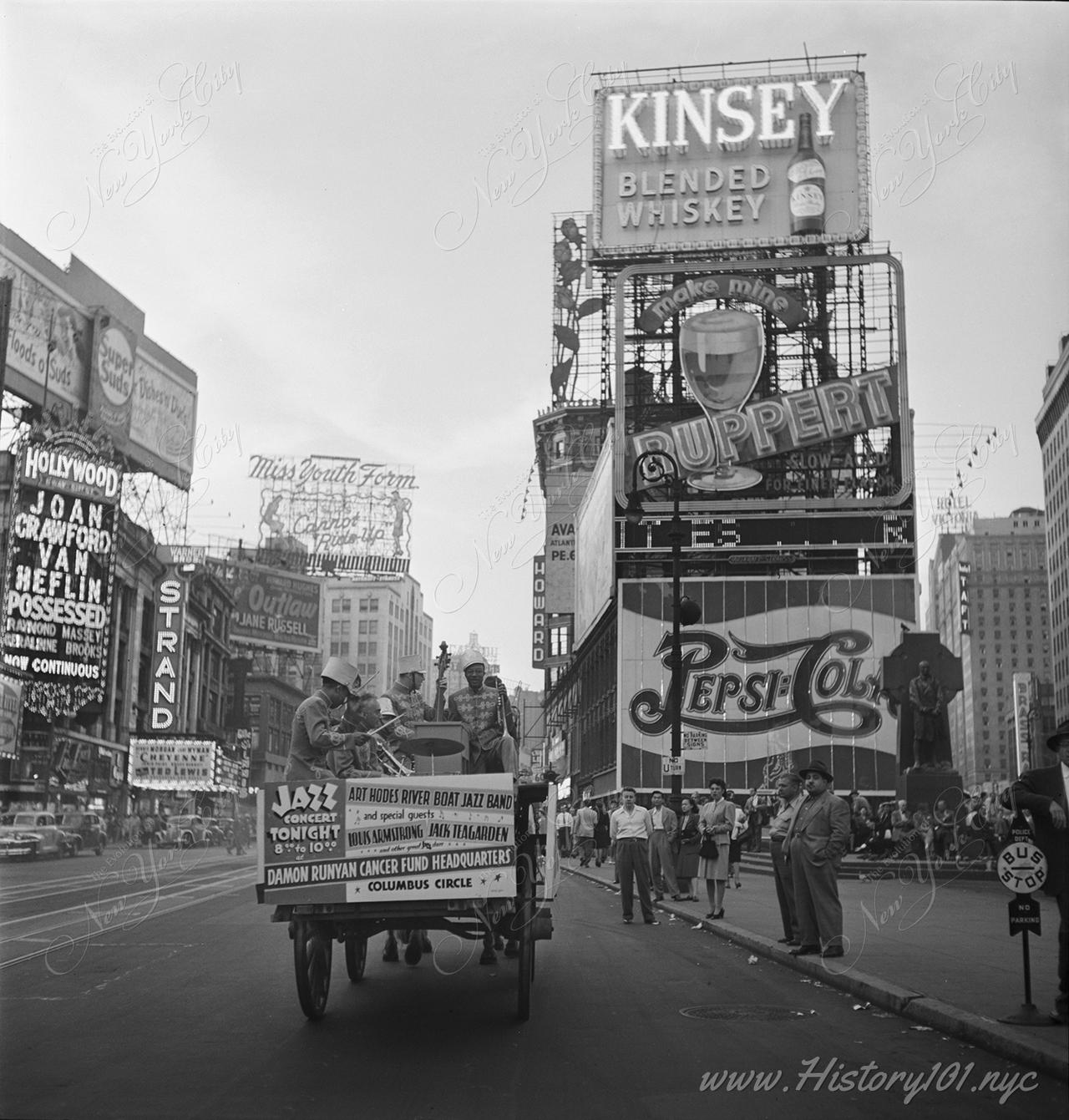 A portrait of musicians Art Hodes, Kaiser Marshall, Henry (Clay) Goodwin, Sandy Williams, and Cecil (Xavier) Scott, playing on the back of a wagon in Times Square. 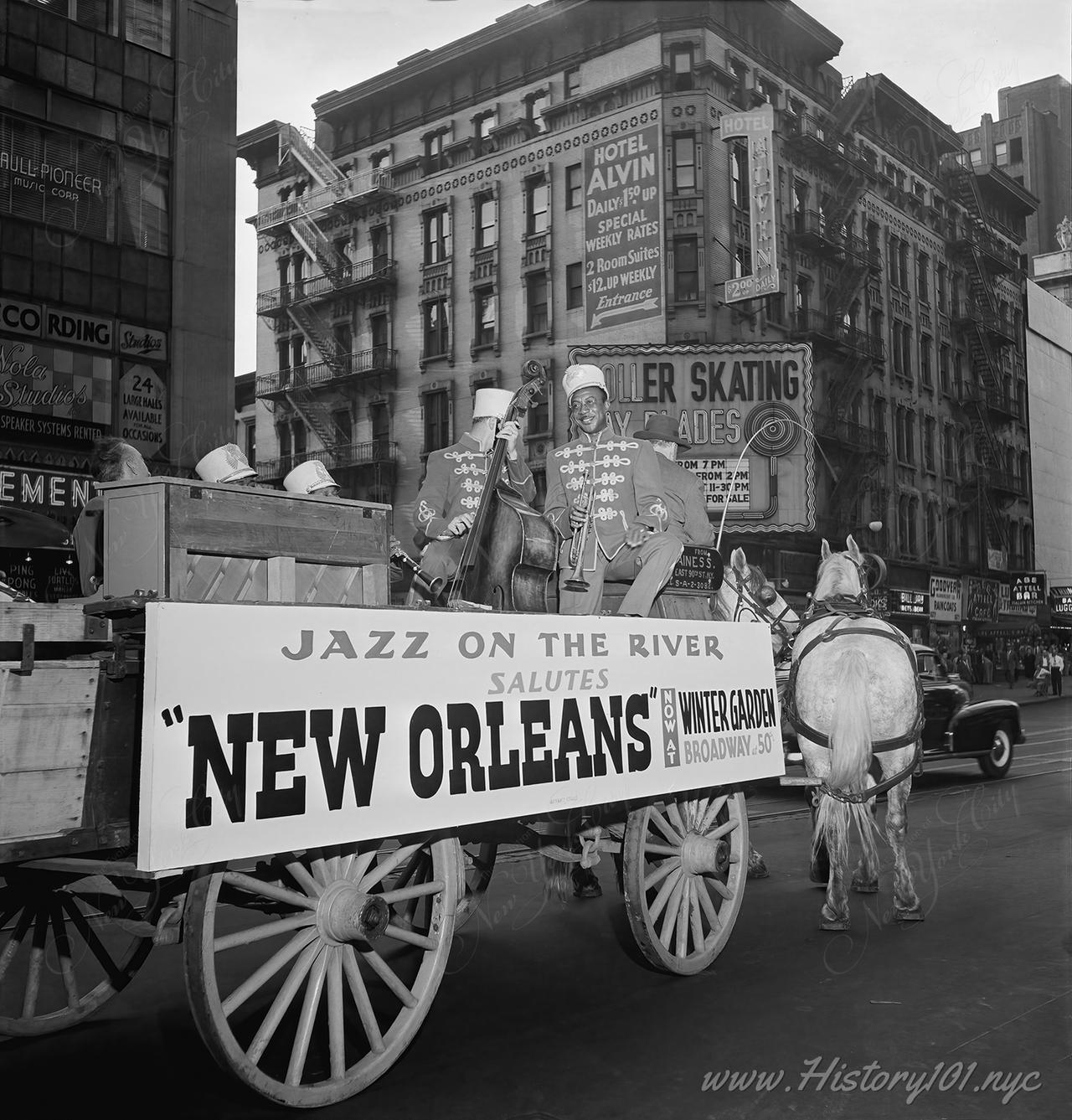 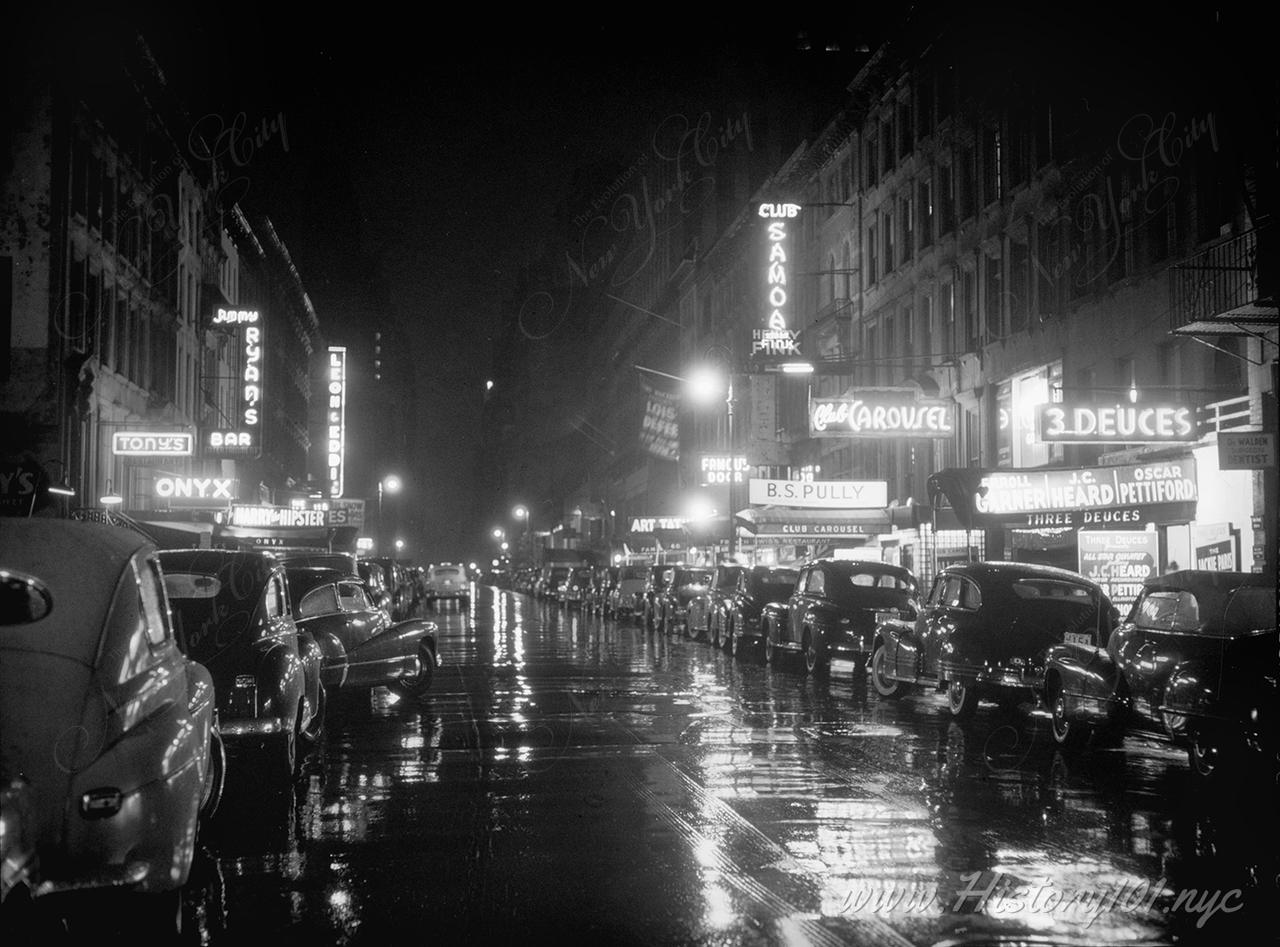 Rows of parked cars reflect the neon lights of the bars and clubs on a rain-soaked 52nd Street. 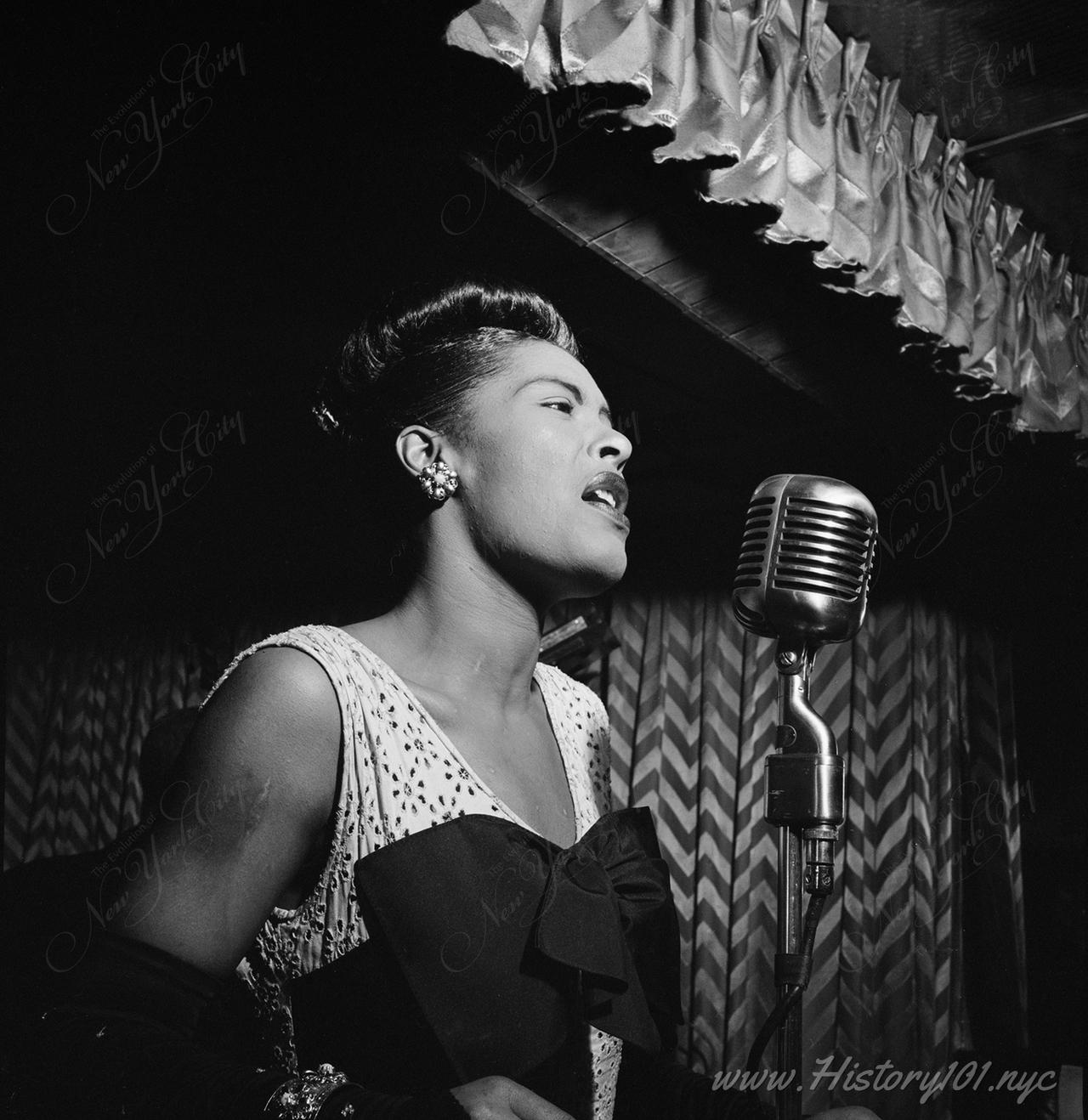 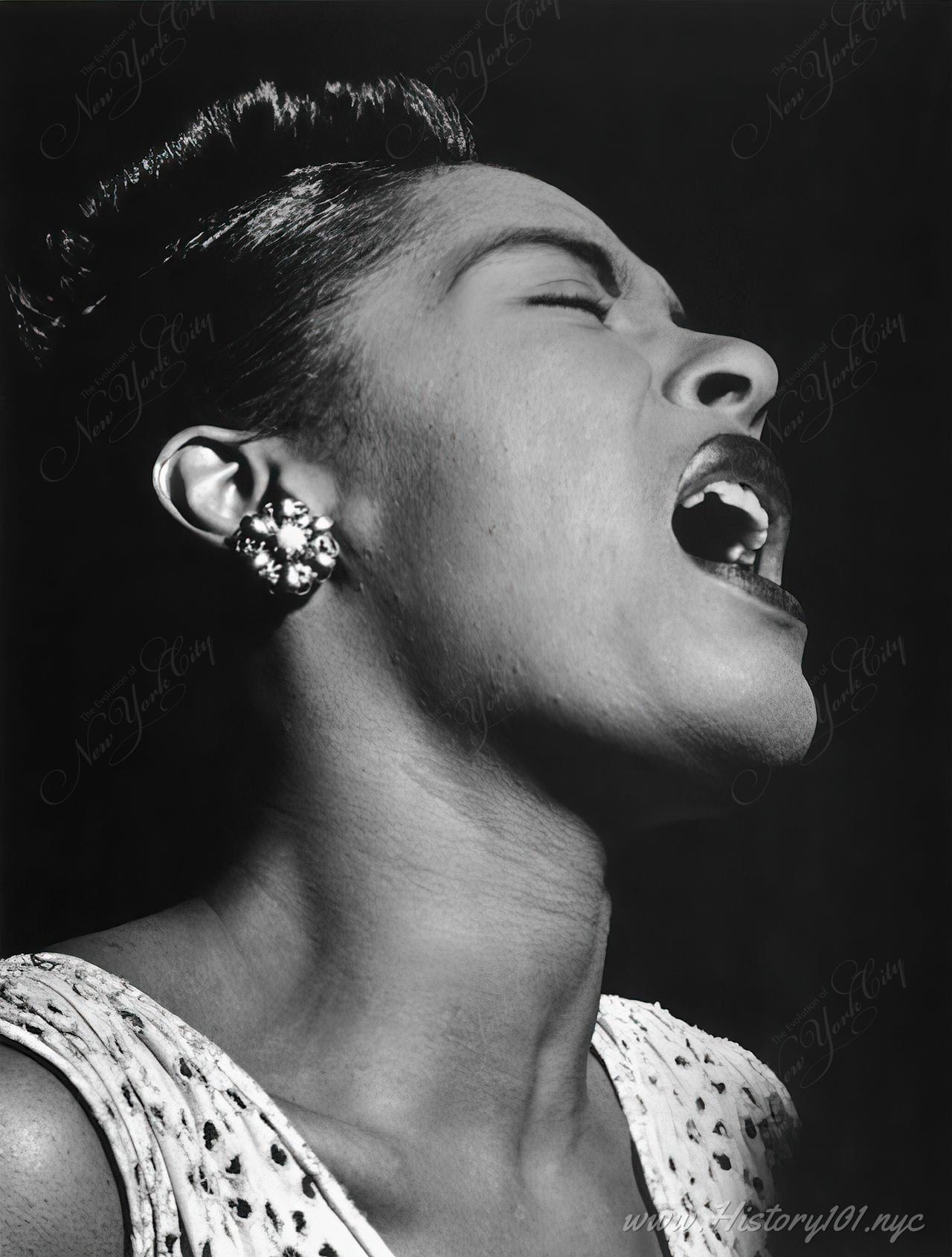 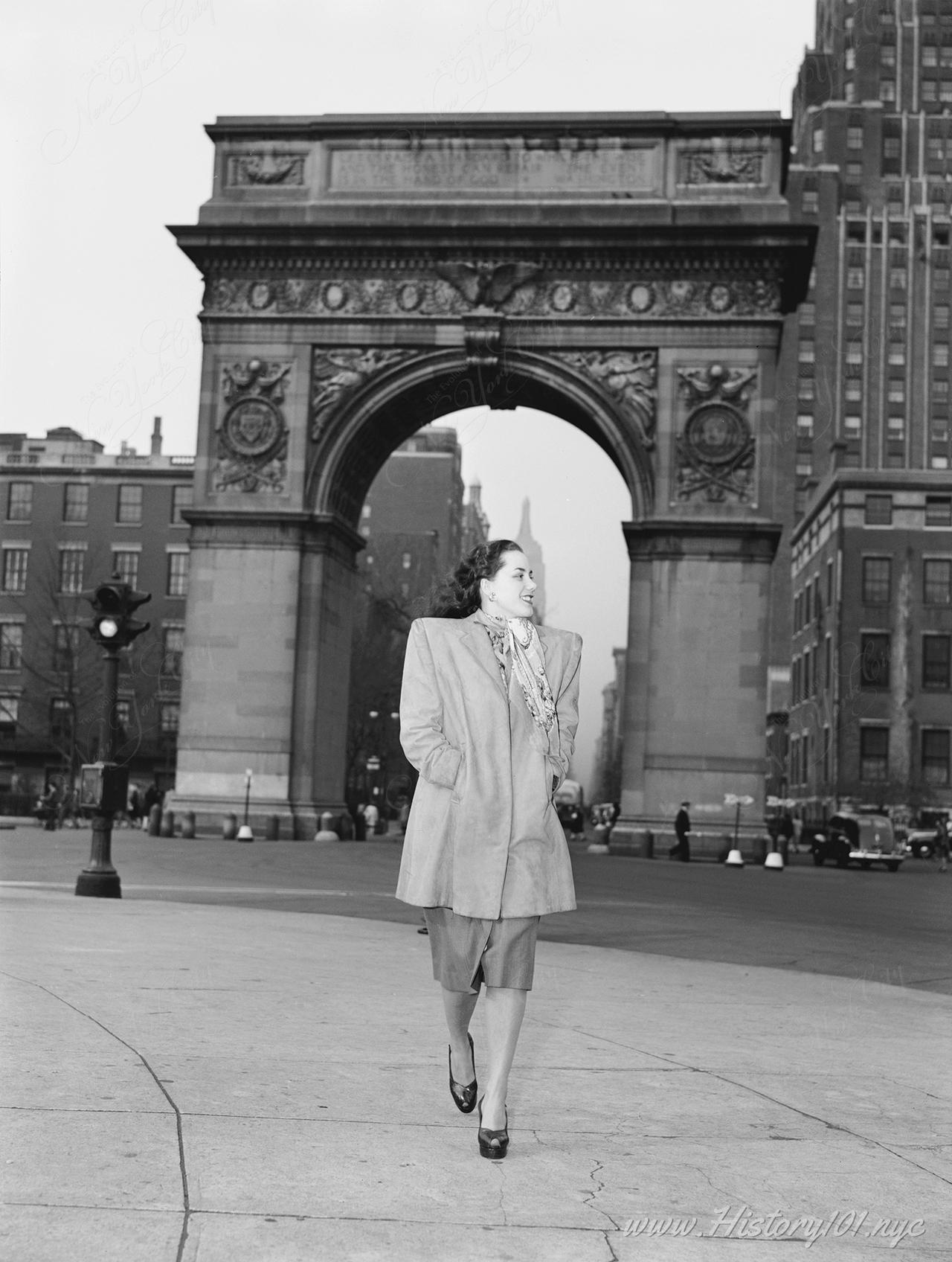 Photograph of Ann Hathaway posing in front of the Washington Square Arch of Triumph with the 5th Ave skyline and a glimpse of the Empire State Building. 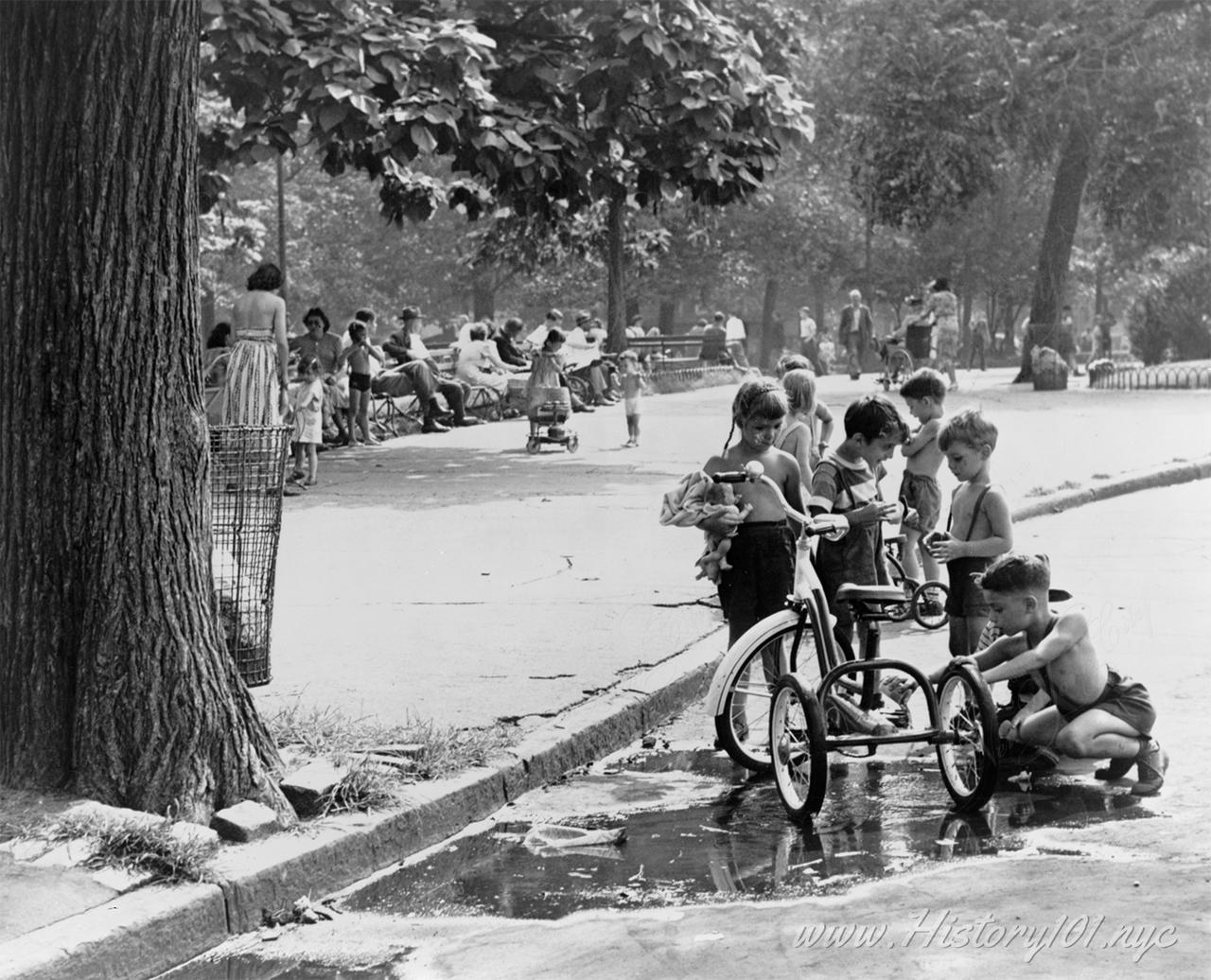 Photograph of youngsters with tricycles stopped at a puddle near a curb in Washington Square with people on benches in midground, trees behind them. 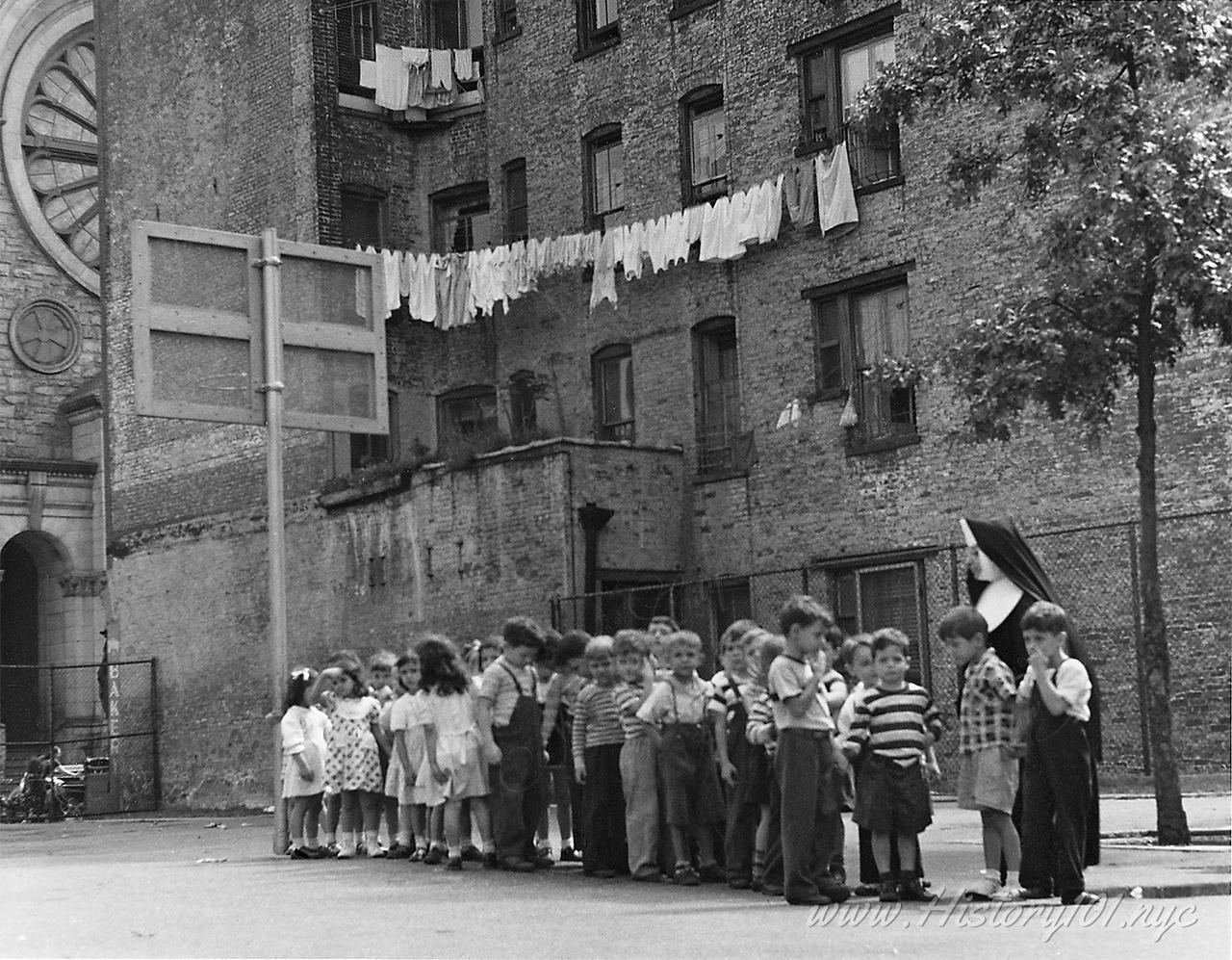 Photograph shows a nun with a group of children on the basketball court at Saint Anthony's playground. 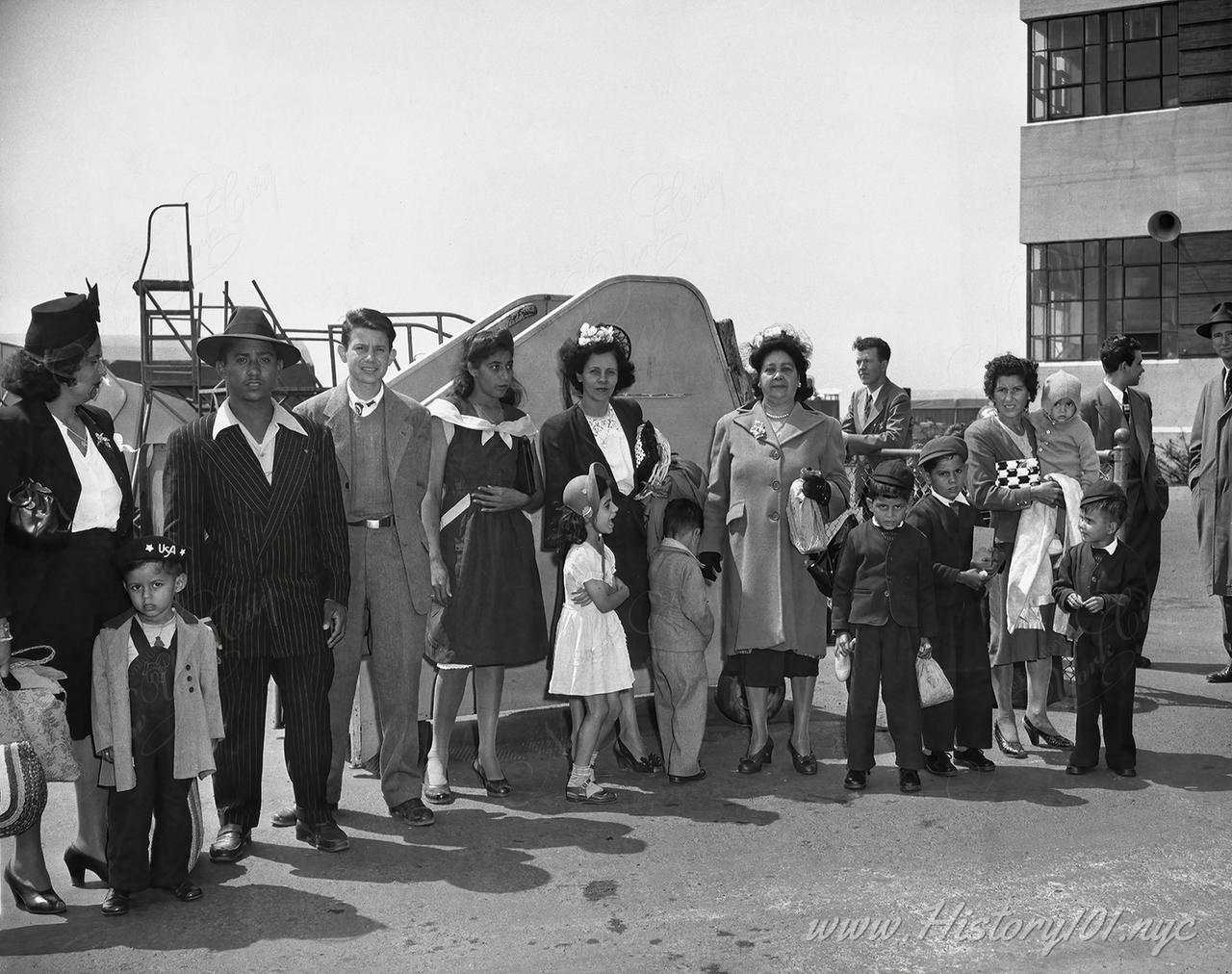 Photograph shows a group of Puerto Ricans, at Newark airport, who just arrived by plane from Puerto Rico waiting to be transported to New York. 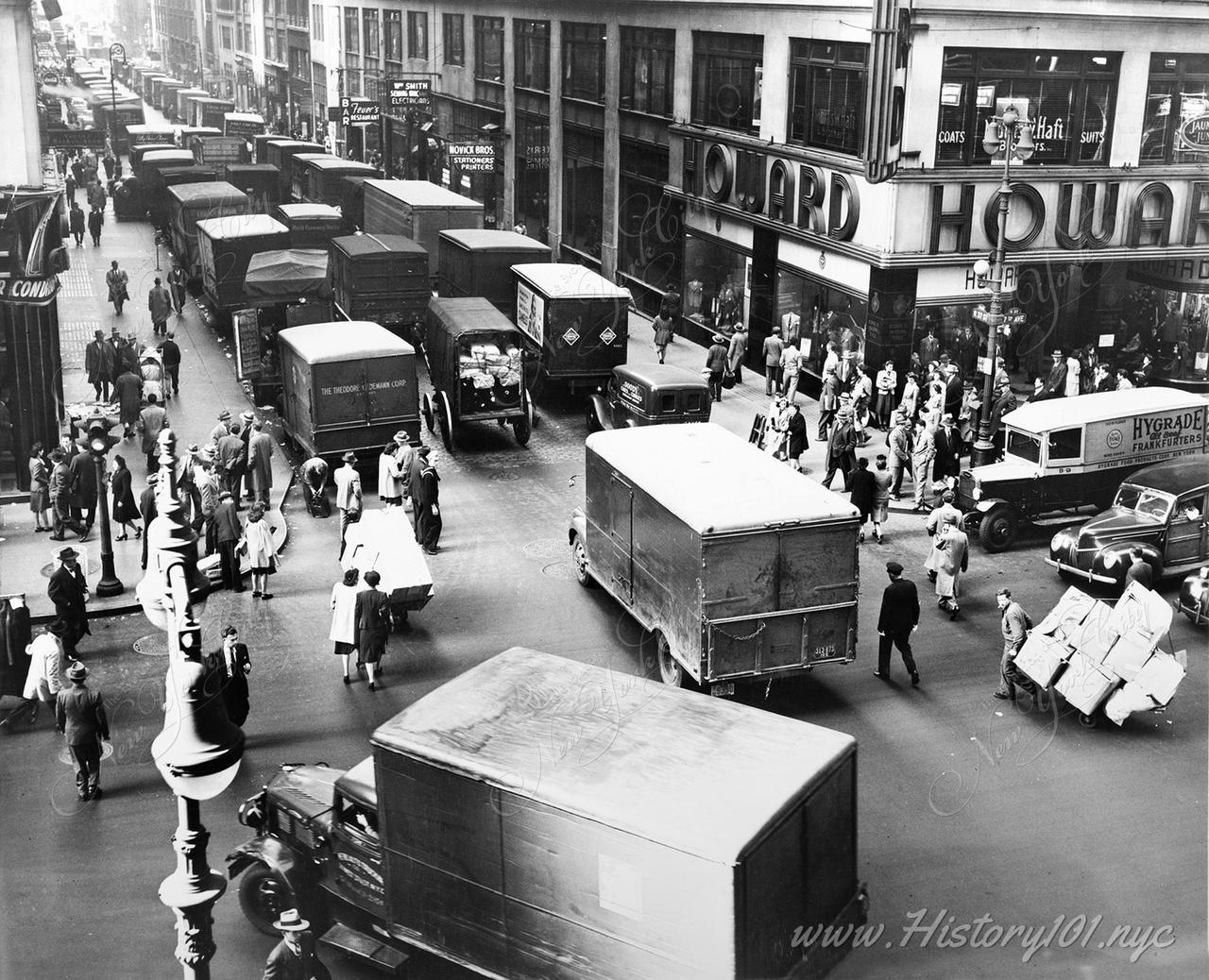