In 1870, Long Island City was formed in Queens. Four years later, New York City annexed the West Bronx, west of the Bronx River. This era would come to be known as “the Gilded Age” – a time of radical progress but also great instability as the city’s population continued to grow beyond its capacity. This era would also see the nation’s first Centennial Anniversary, which was the cause of much fanfare and festivities as America reached a new milestone. 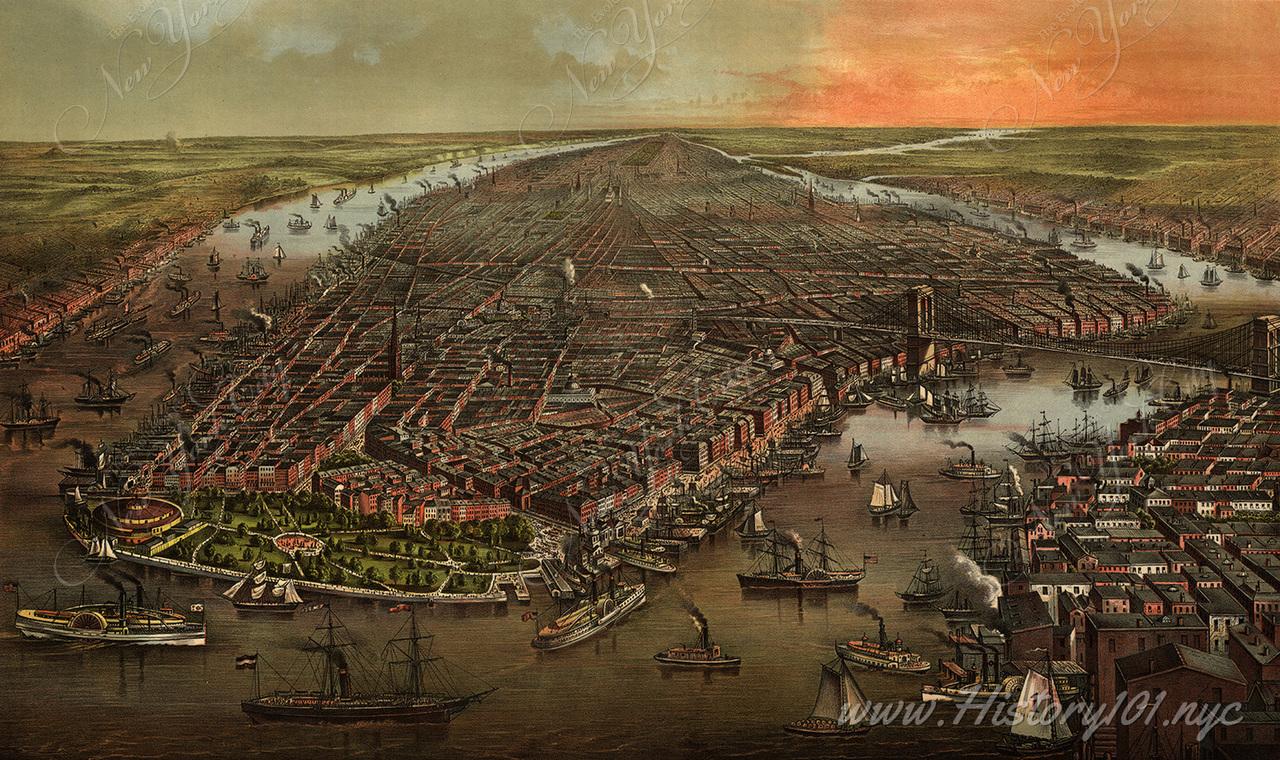 An aerial view of the southern tip of Manhattan during the early morning hours. Illustration includes the shores of Brooklyn and New Jersey. 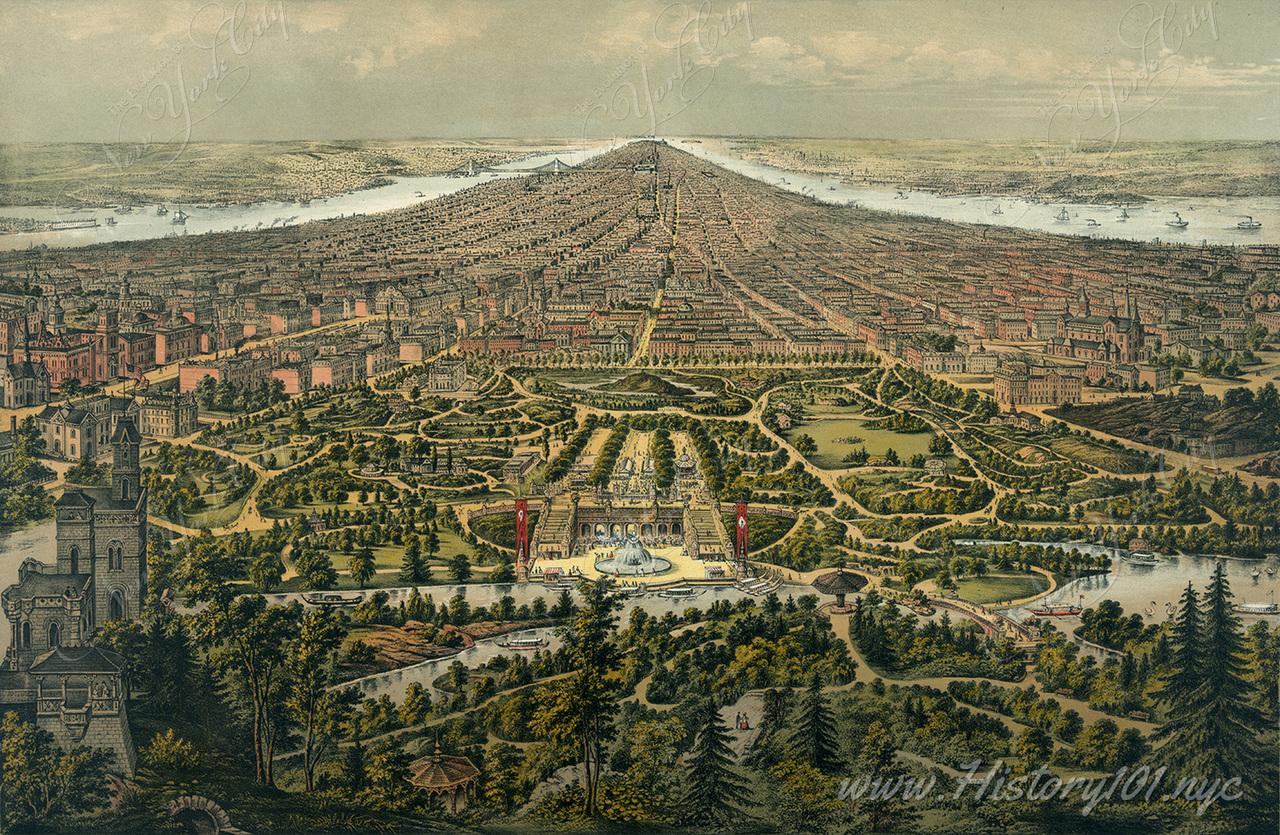 A bird's-eye view of New York with Central Park in the foreground. 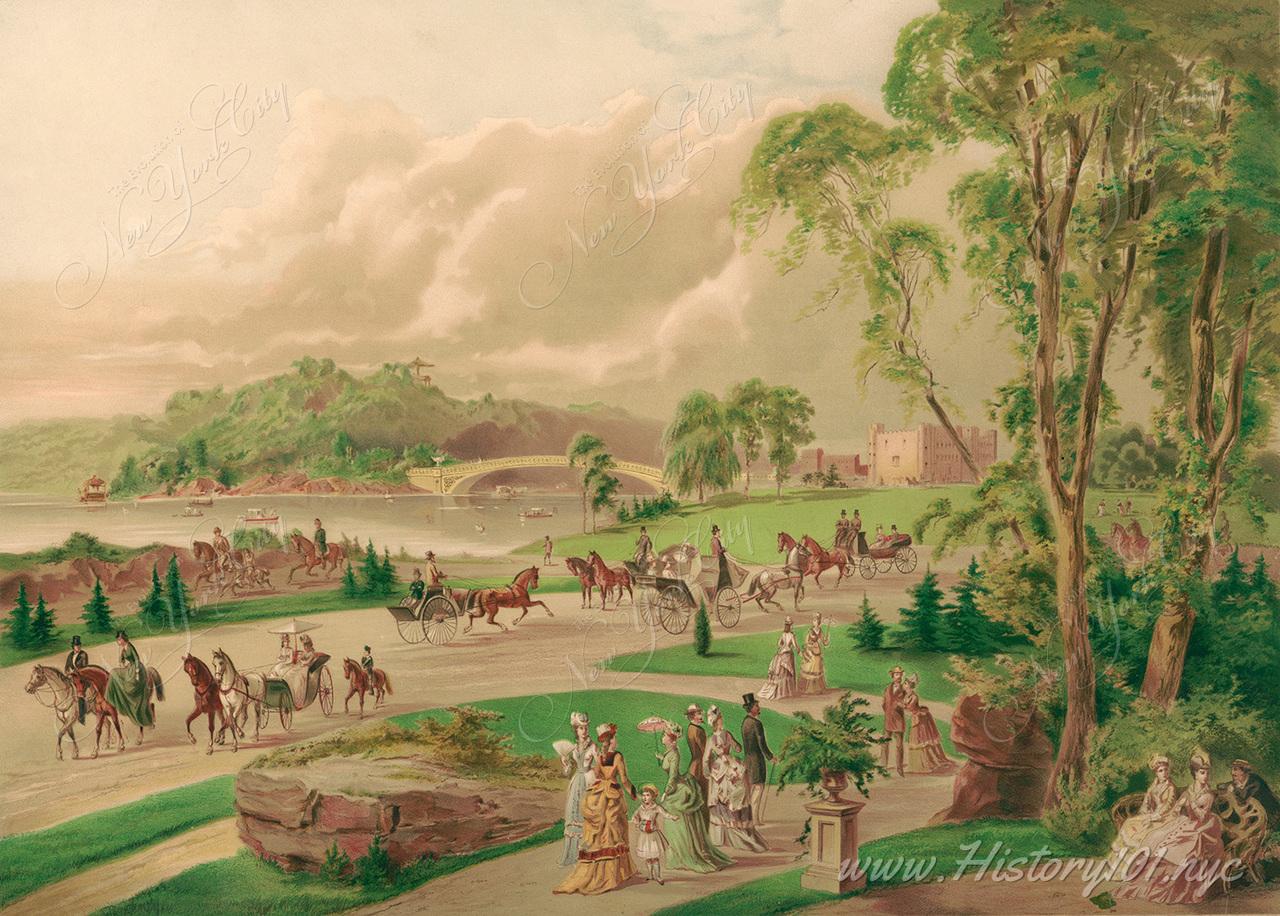 A painting which shows New Yorkers enjoying the foliage and scenery at Central Park. 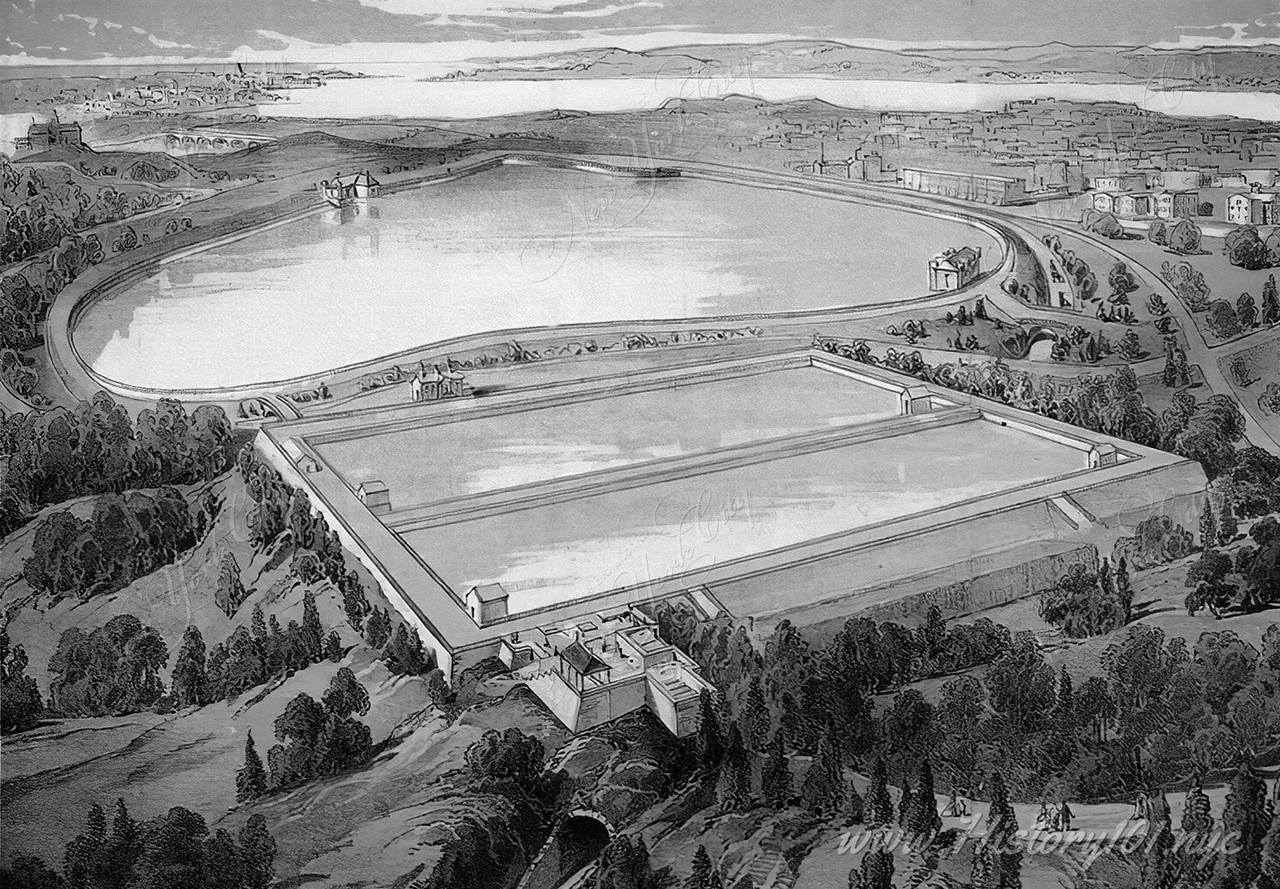 The Lake Manahatta Reservoir was built between 1858 and 1862 as a temporary water supply for the city, receiving water from the Croton Aqueduct. 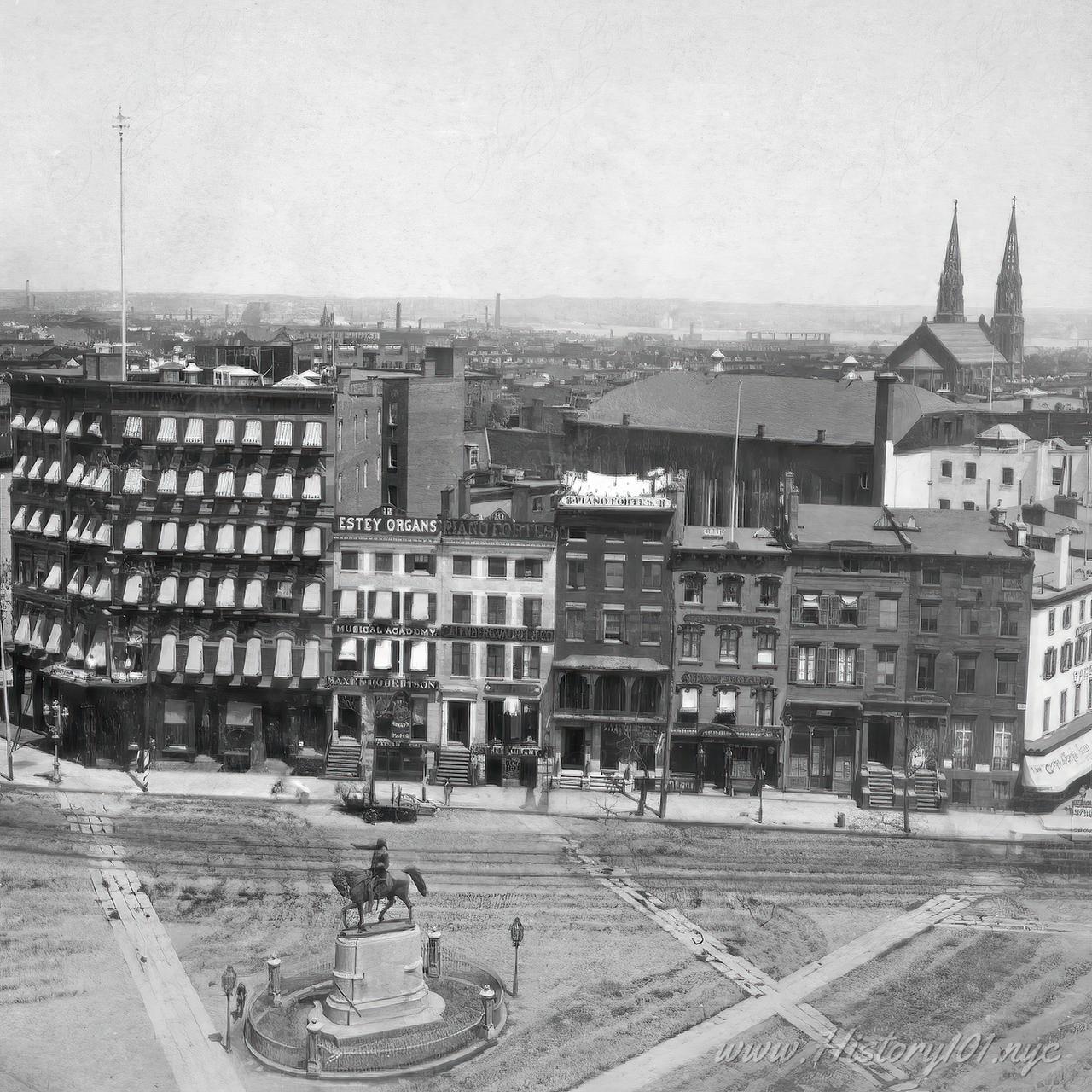 Views of Union Square, including the park, equestrian statue of George Washington, and the rustic buildings which once inhabited the neighborhood. 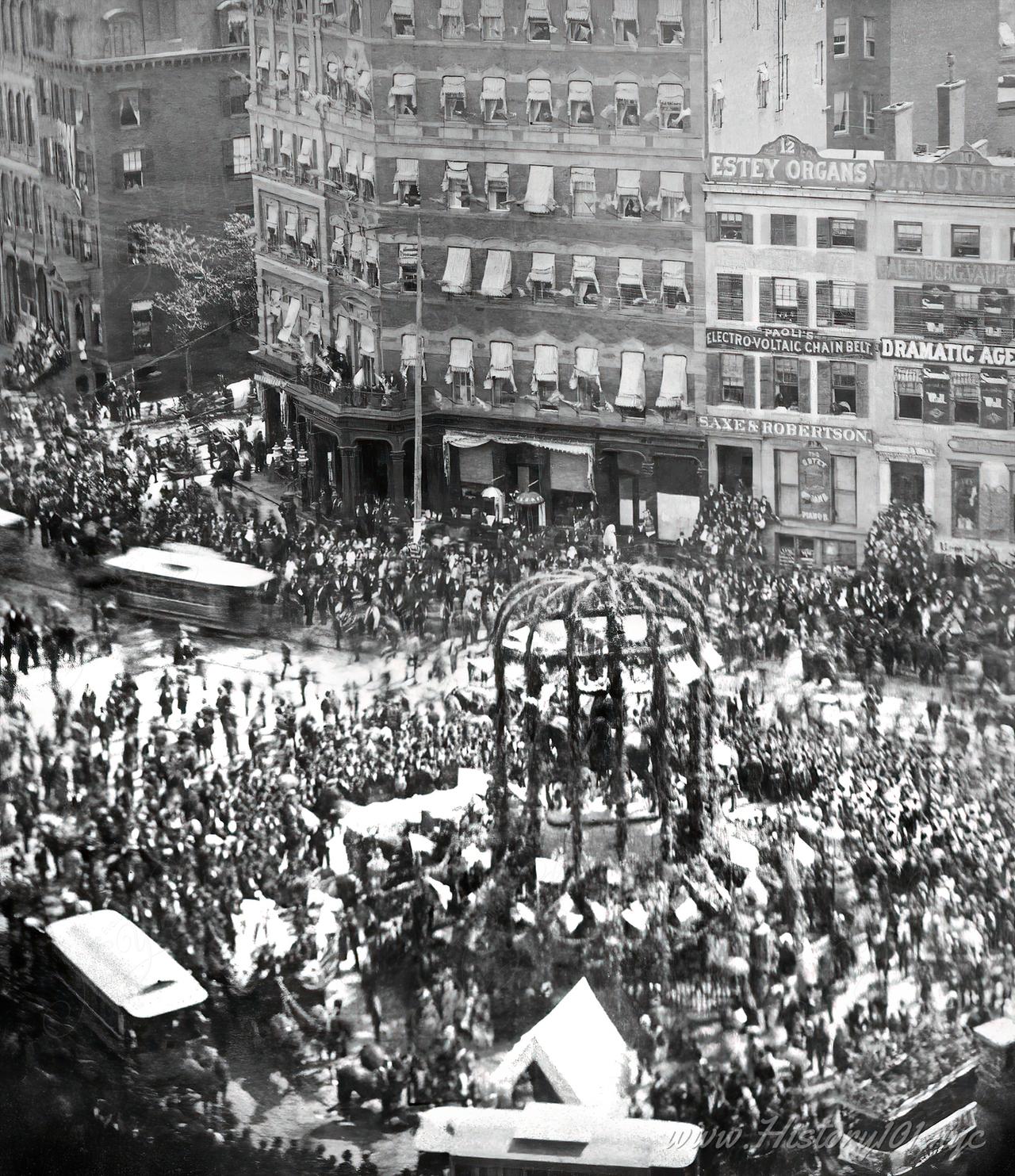 1876: Washington Equestrian Statue from Above on Decoration Day

An elevated perspective of the Washington Statue at Union Square, surrounded by crowds of people and decorated for Decoration Day. 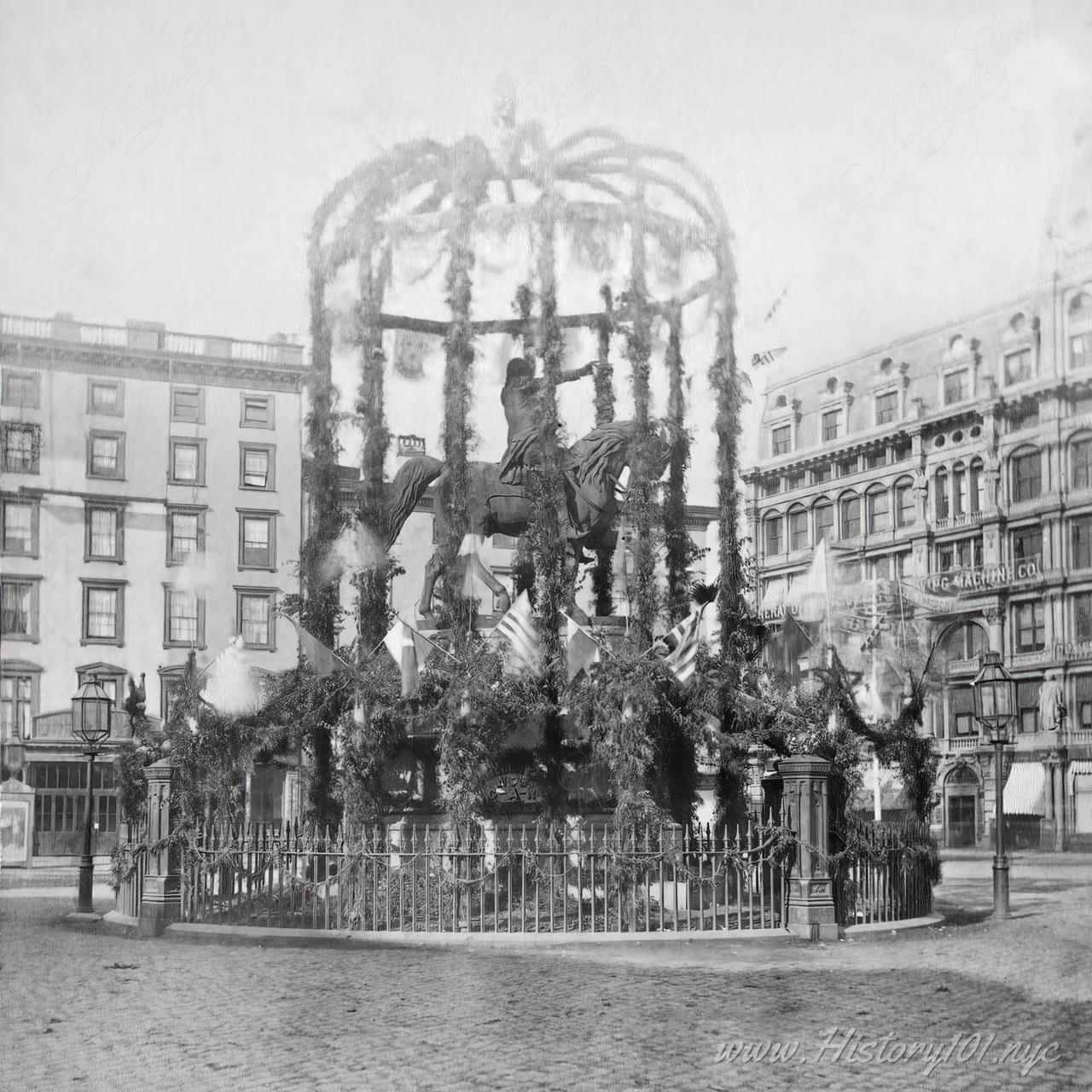 Washington Statue at Union Square, decorated with foliage and flags for Decoration Day. 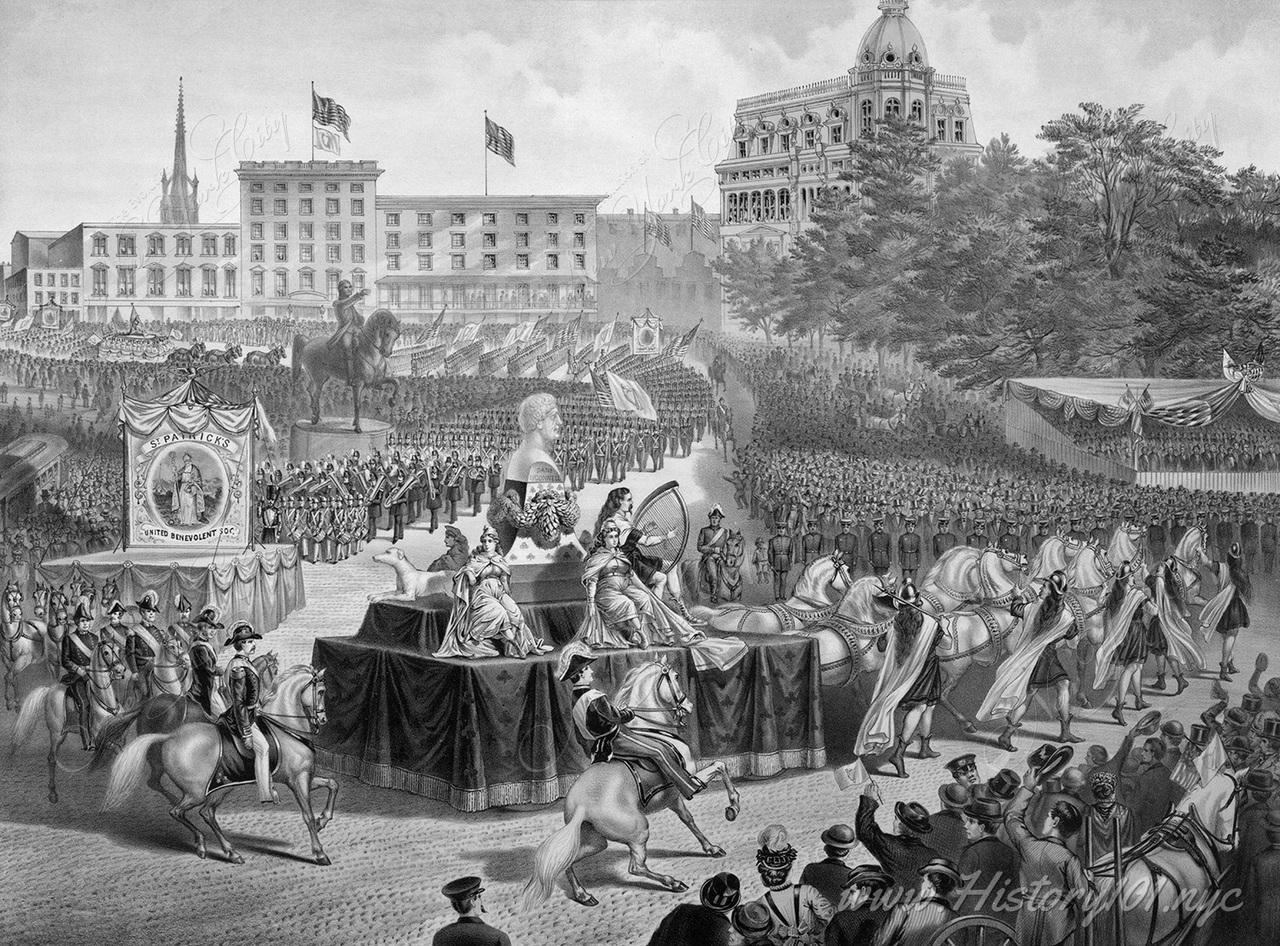 Print shows portion of a St. Patrick's Day parade at Union Square with a float in the center bearing a bust of Daniel O'Connell. 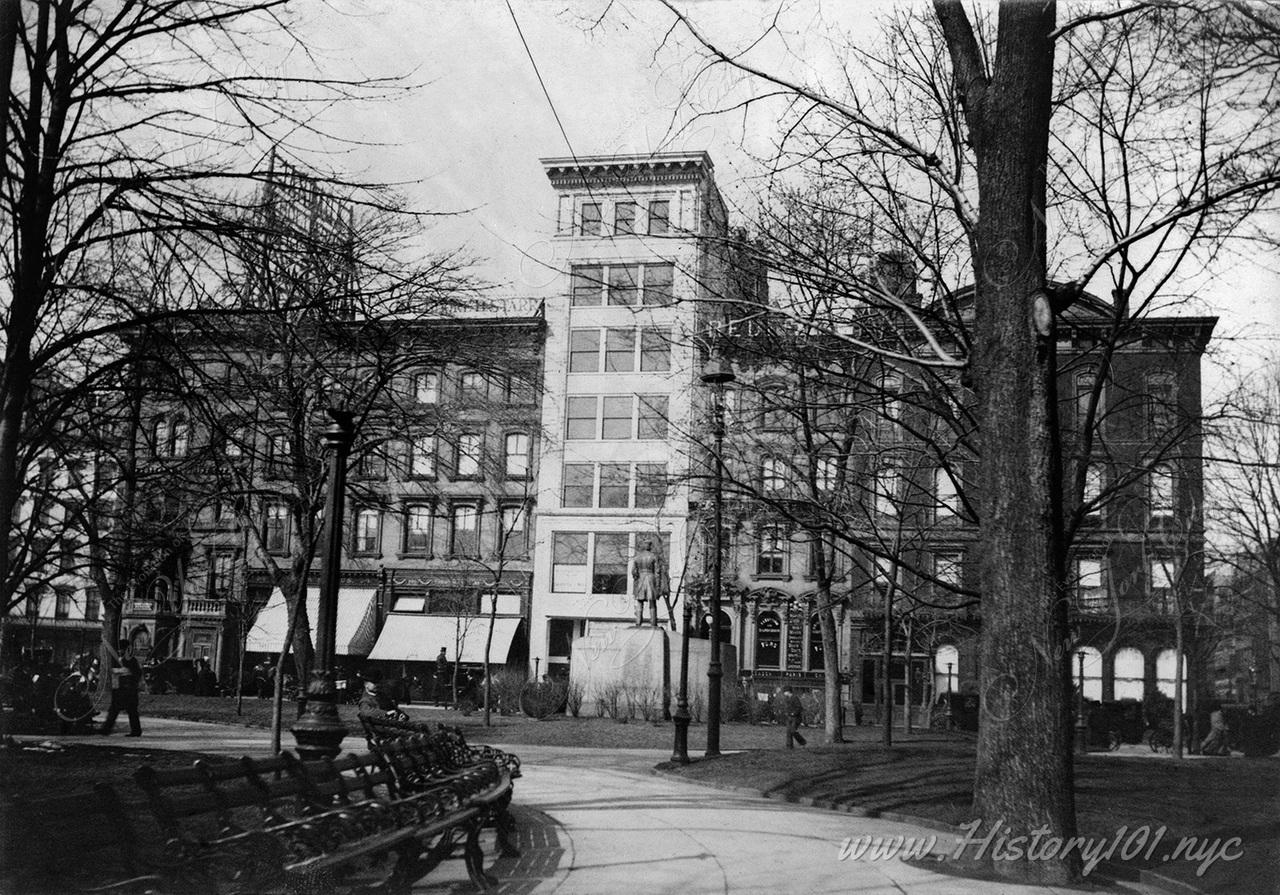 Photograph of a row of buildings and storefronts taken from the perspective of Madison Square Park. 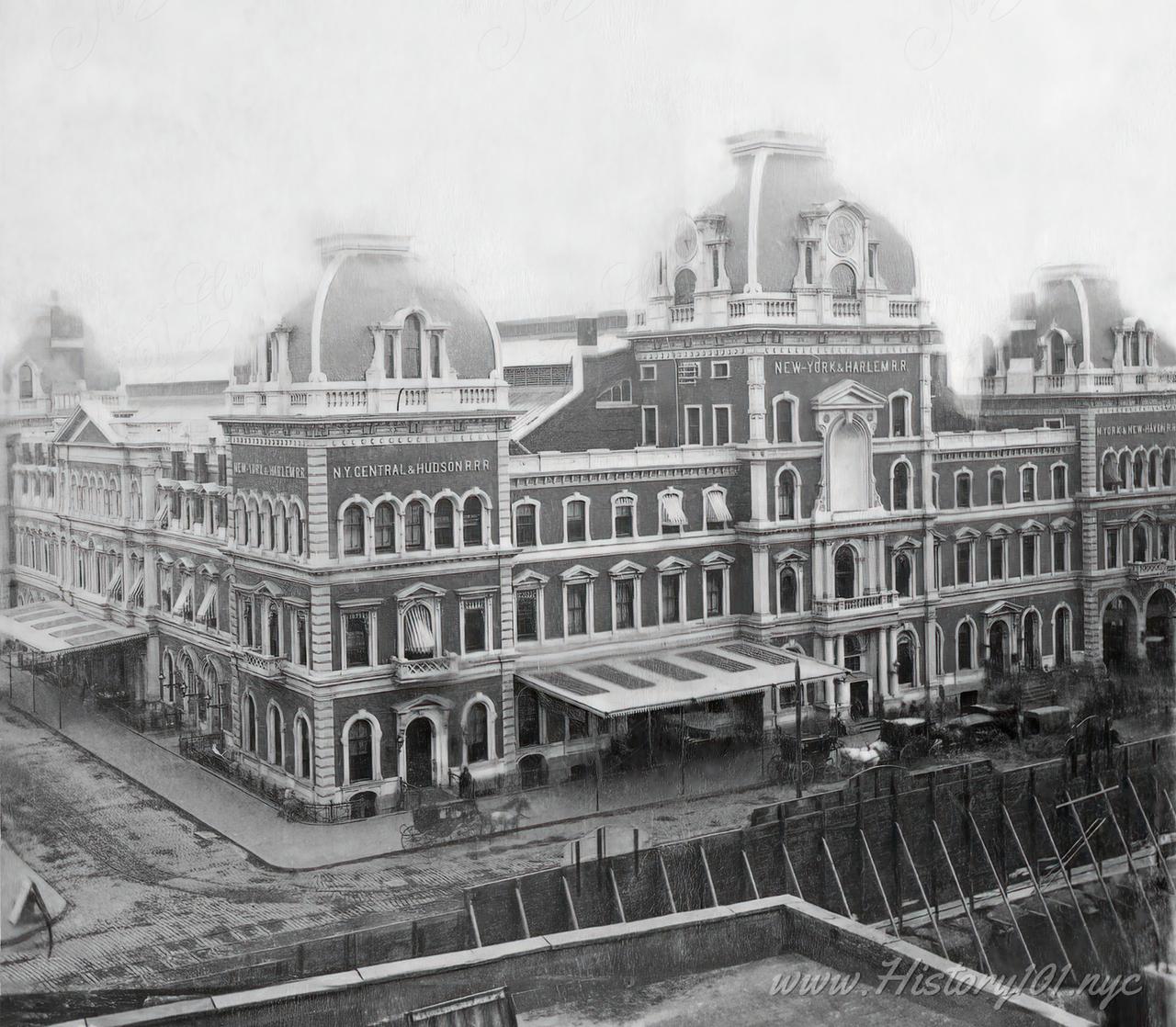 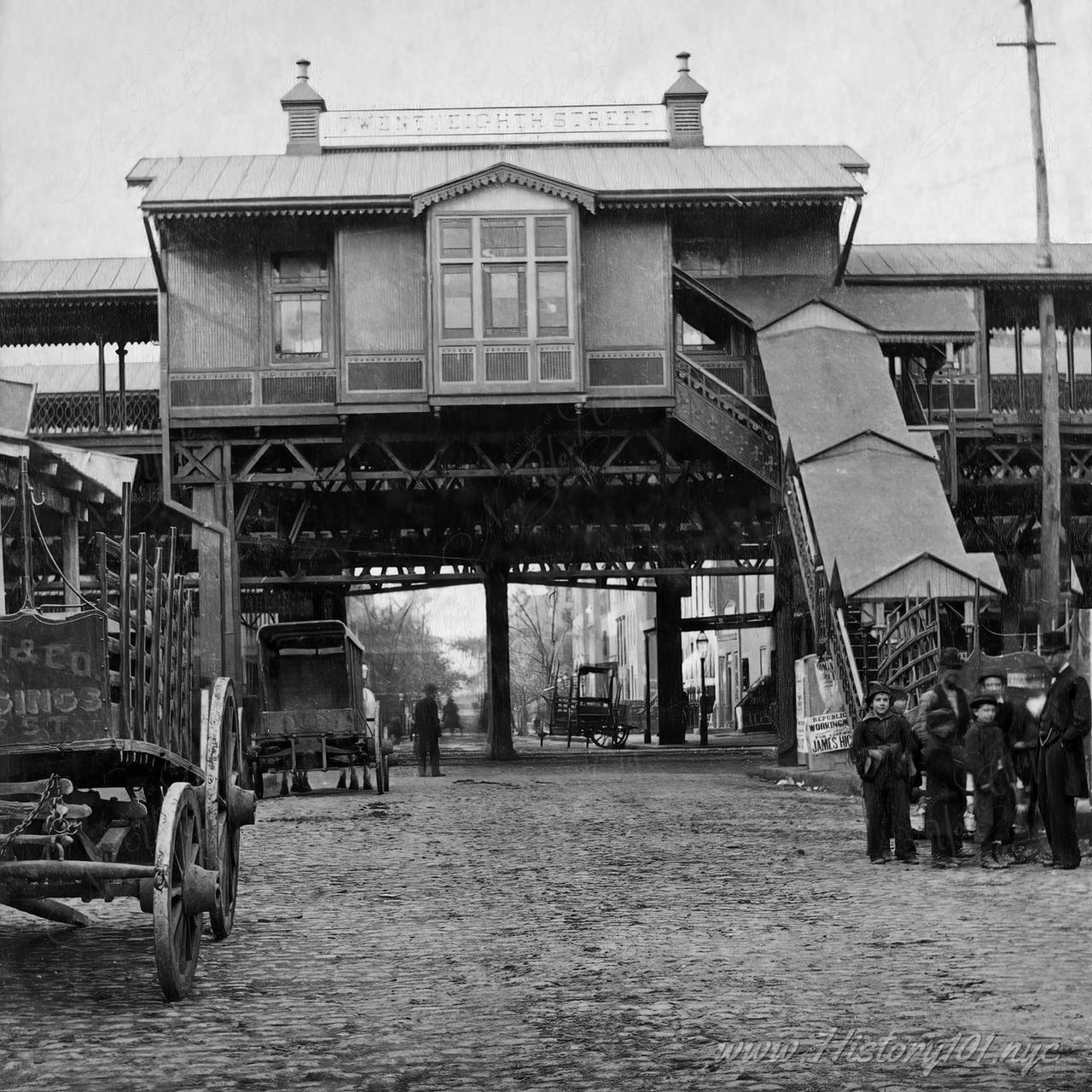 Photograph of an elevated railroad station constructed by the Manhattan Railway Company. 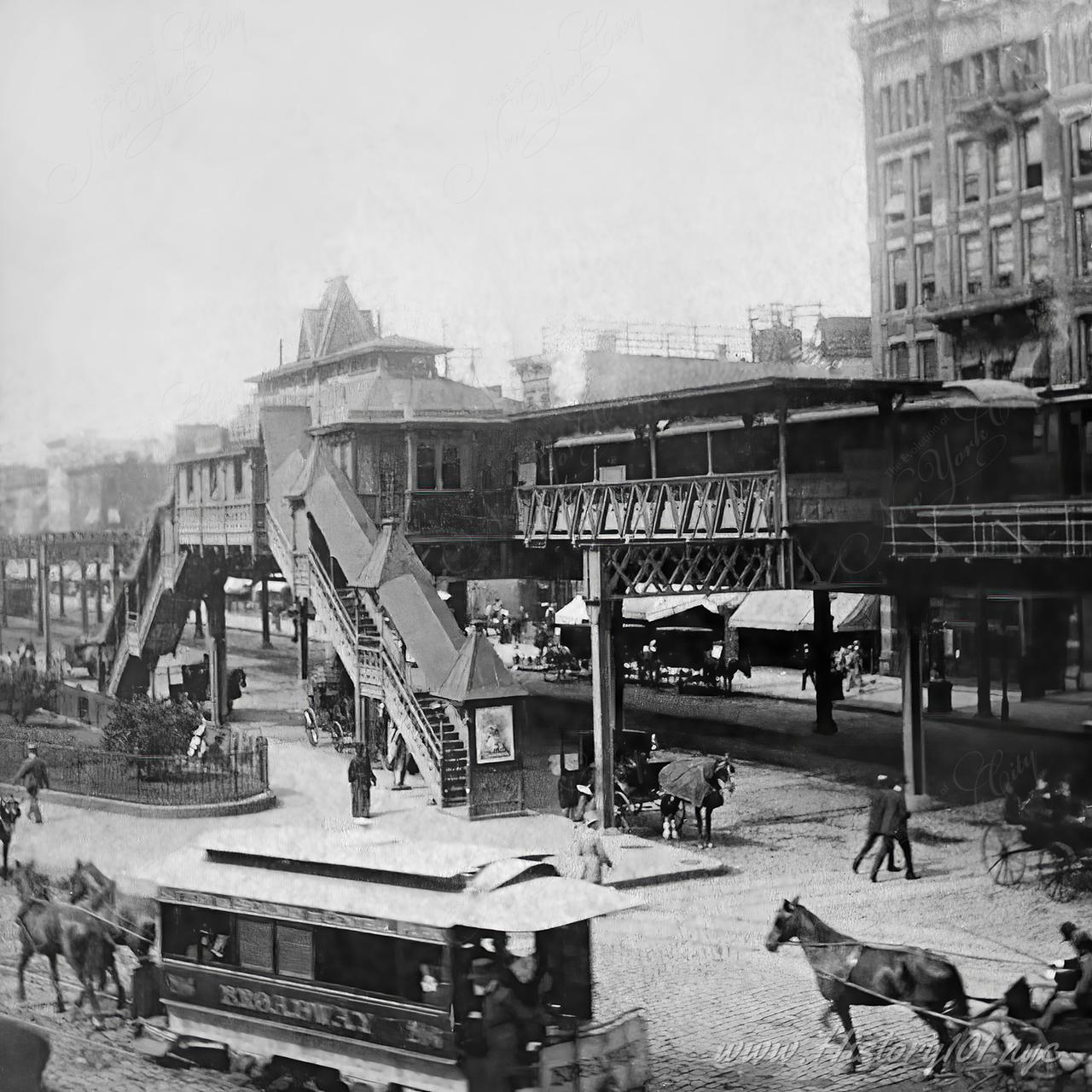 1870: Elevated Station on a Busy Street

A train is stopped at an elevated station on a street filled with pedestrians and horse drawn coaches. 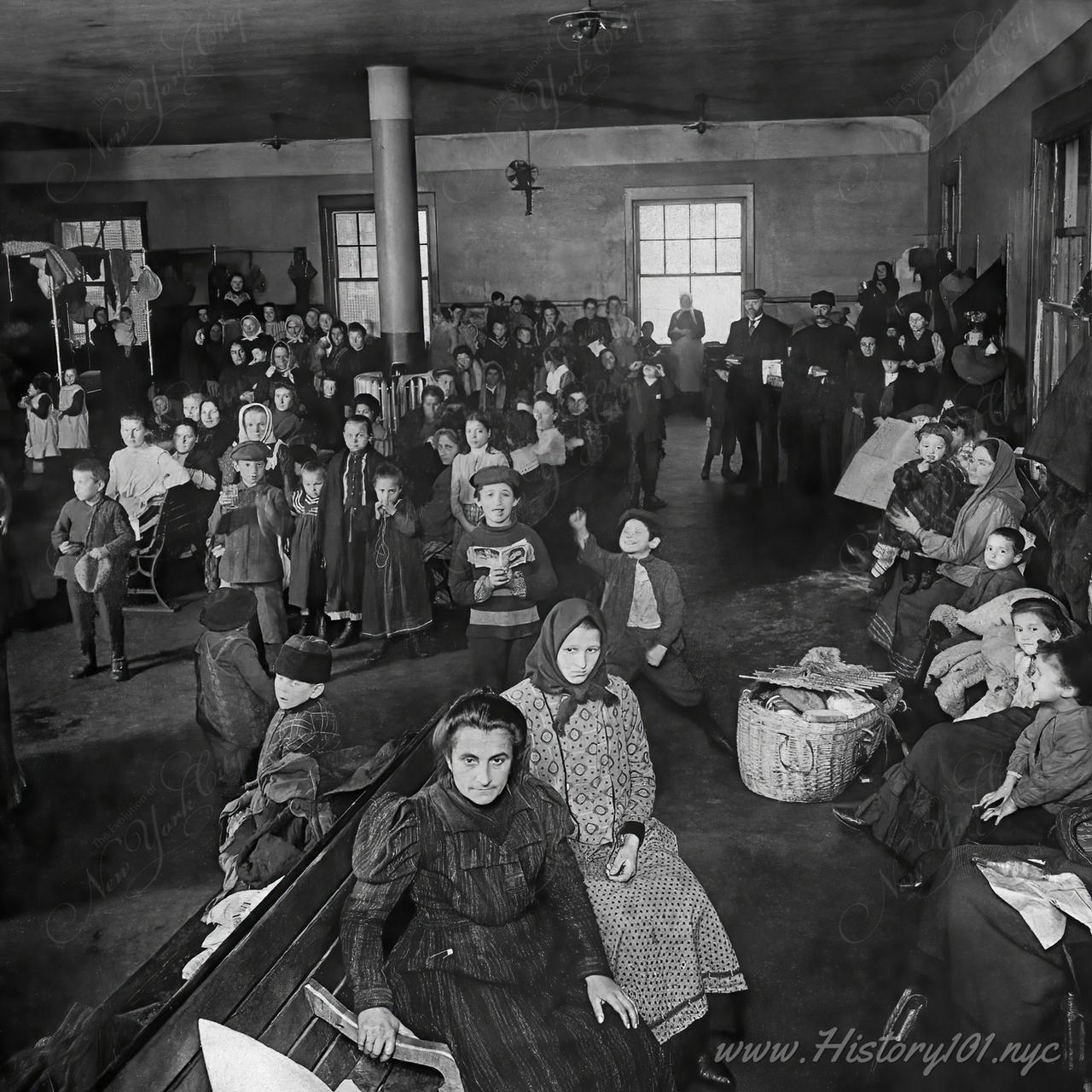 A photograph of the waiting room at Ellis Island, where recently arrived immigrants await examination. 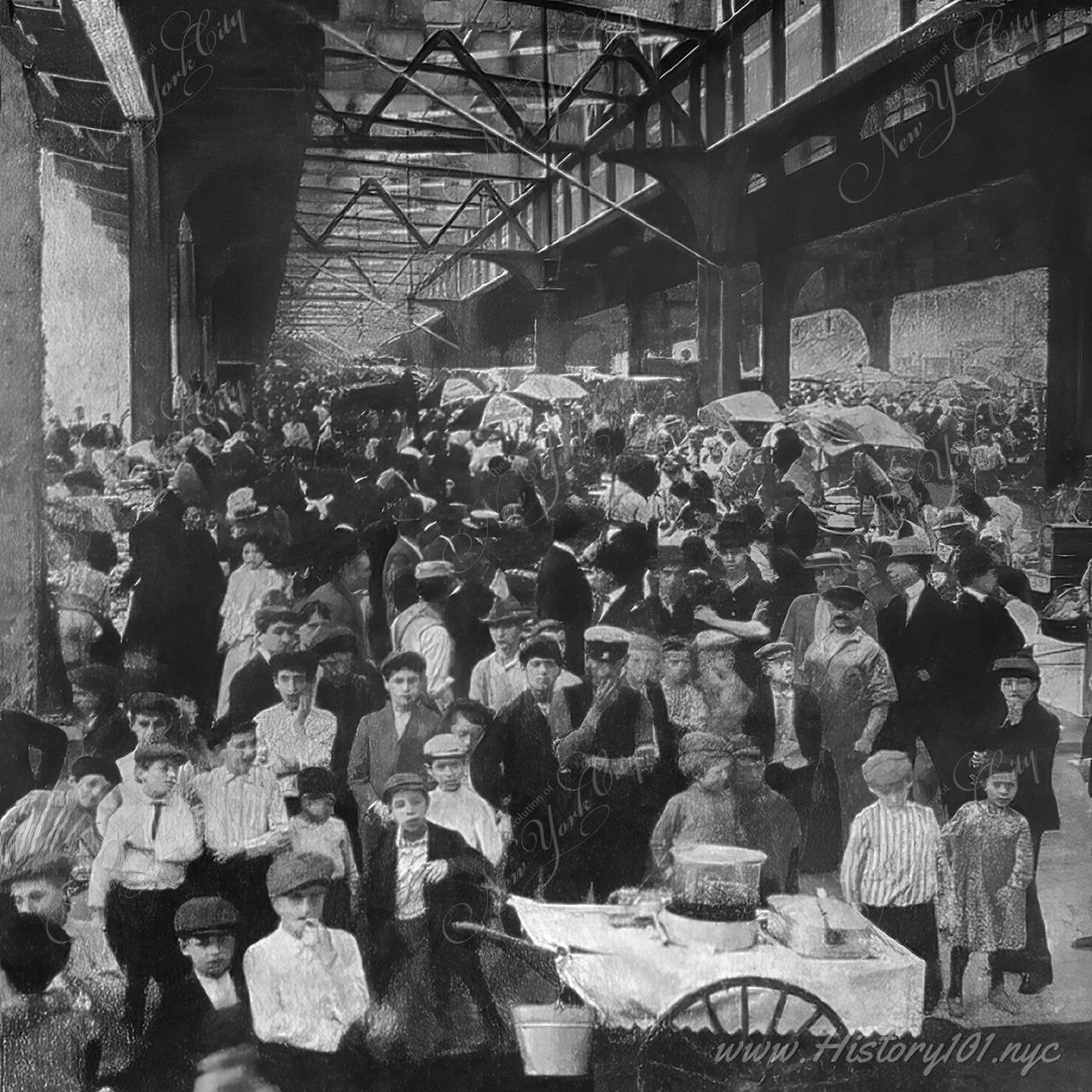 1875: Market Under The East River Bridge 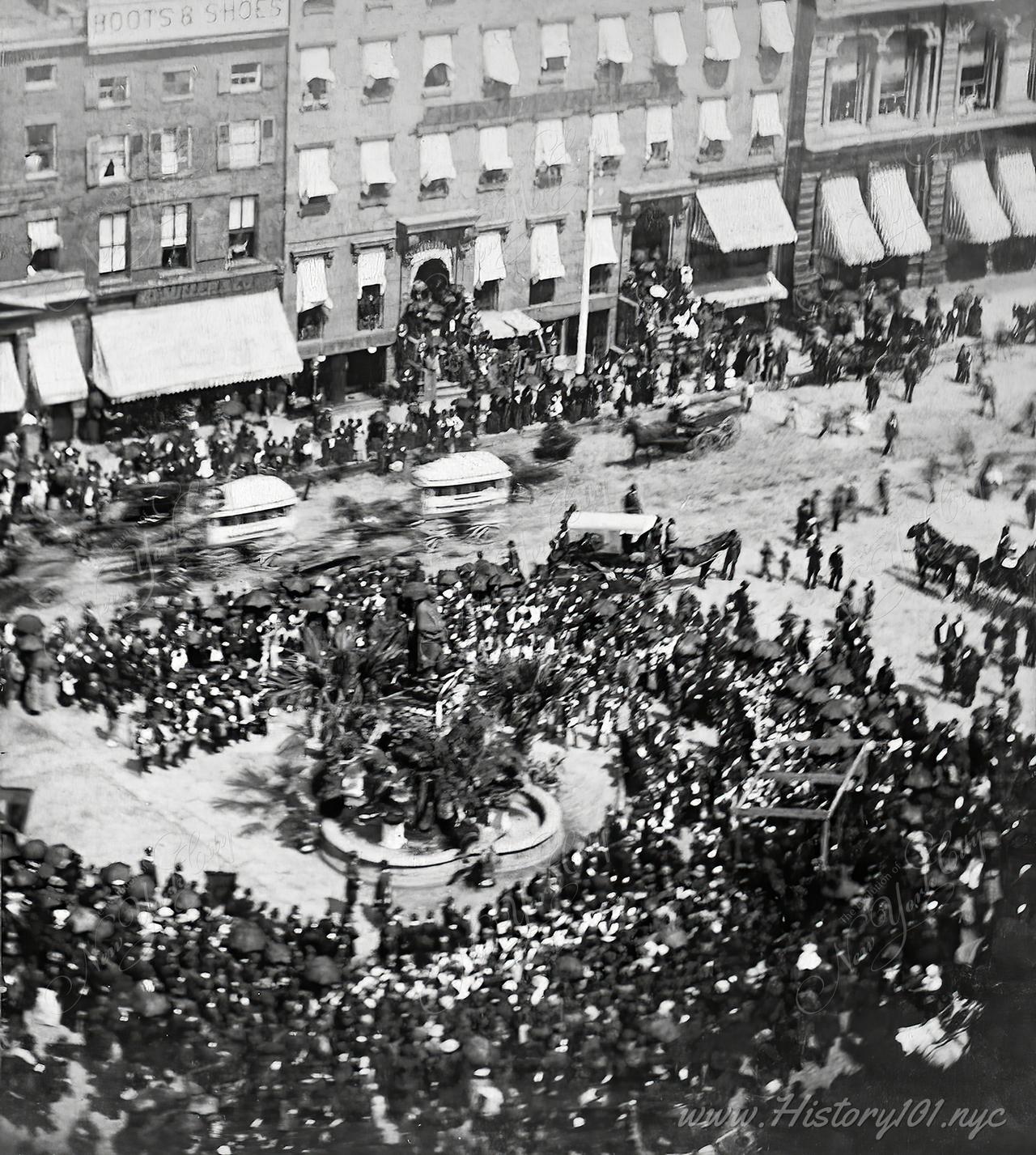 An elevated view of celebrations at Union Square Park on Decoration Day, or as we would currently know it, Memorial Day.