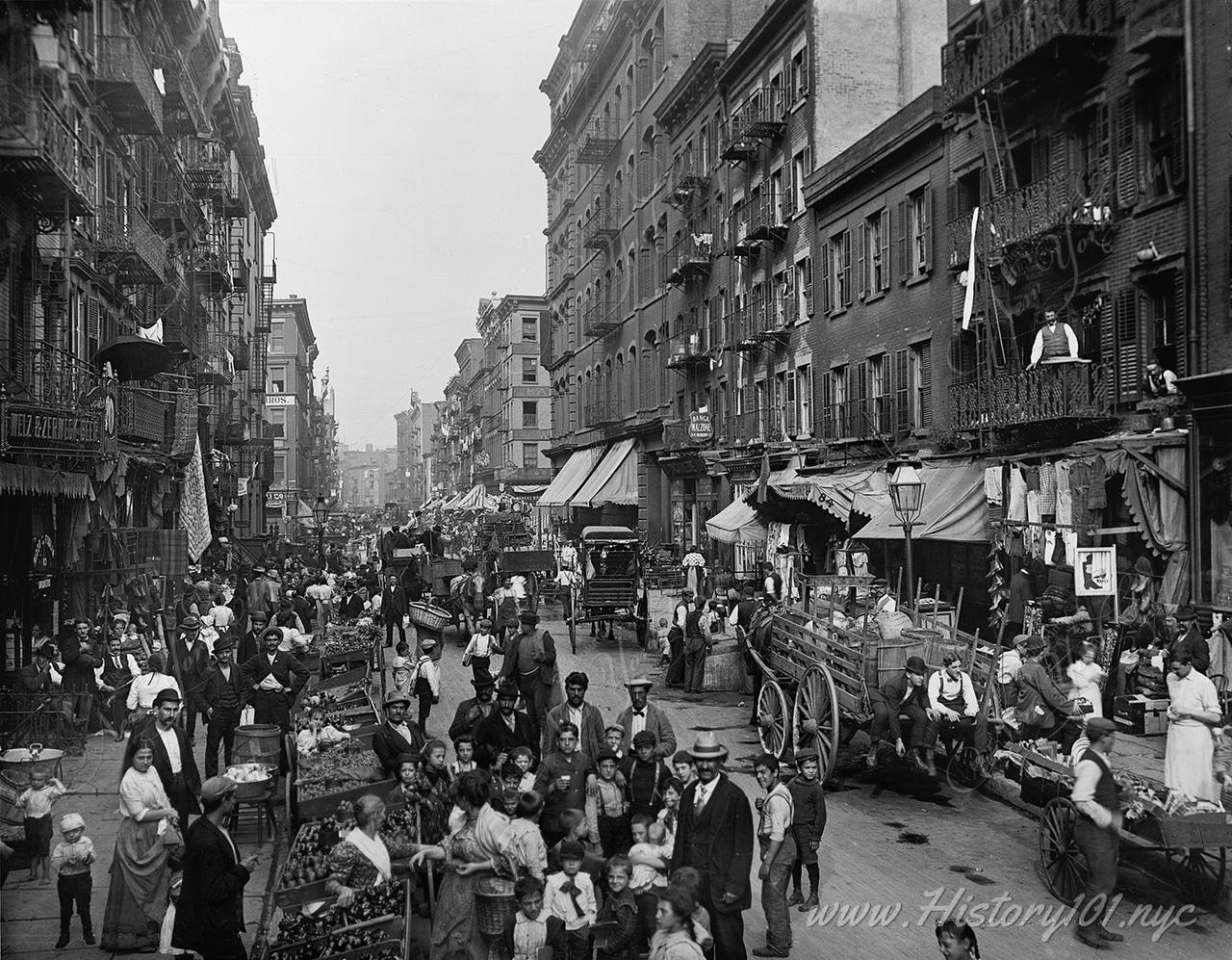 Vendors line up on Mulberry Street and draw a large crowd of shoppers taking advantage of the open-air market. 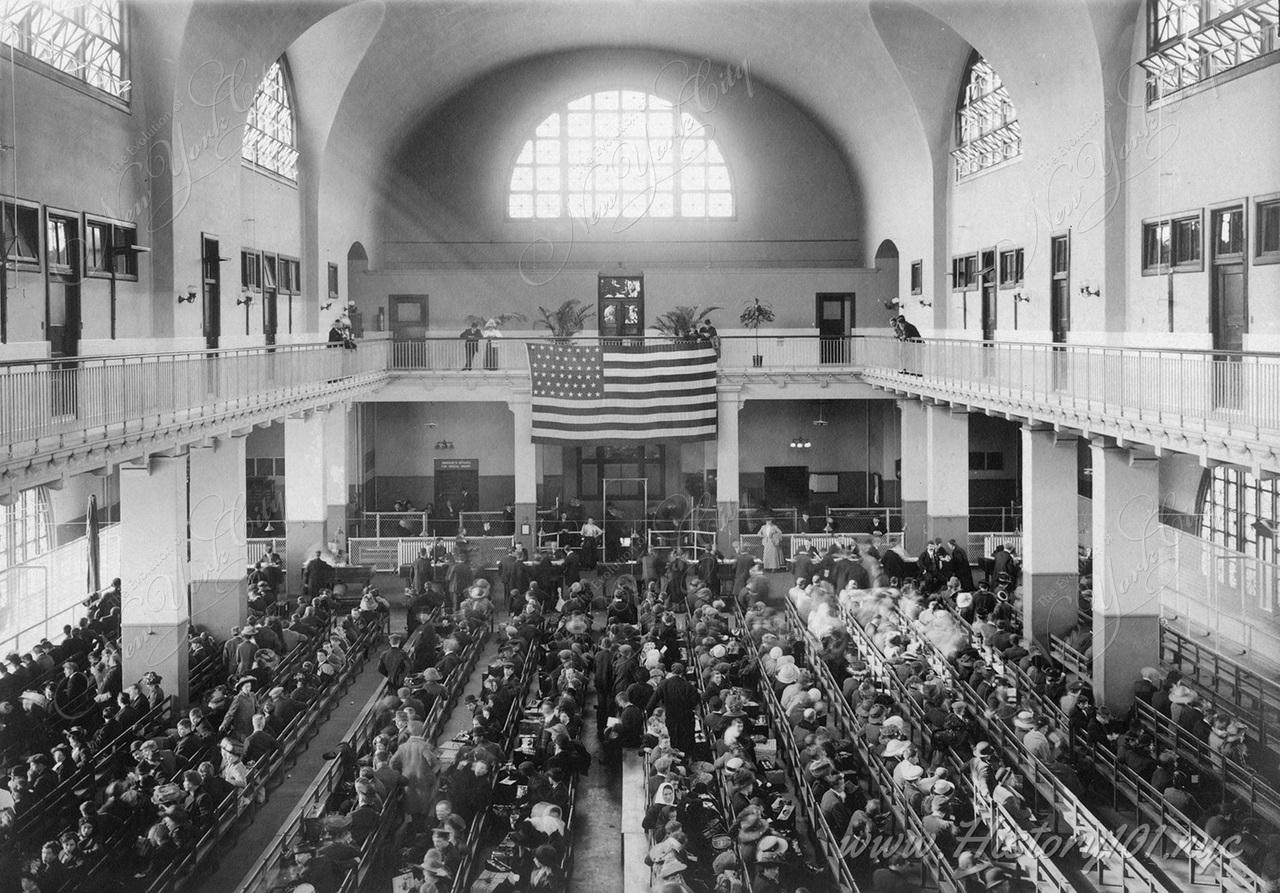 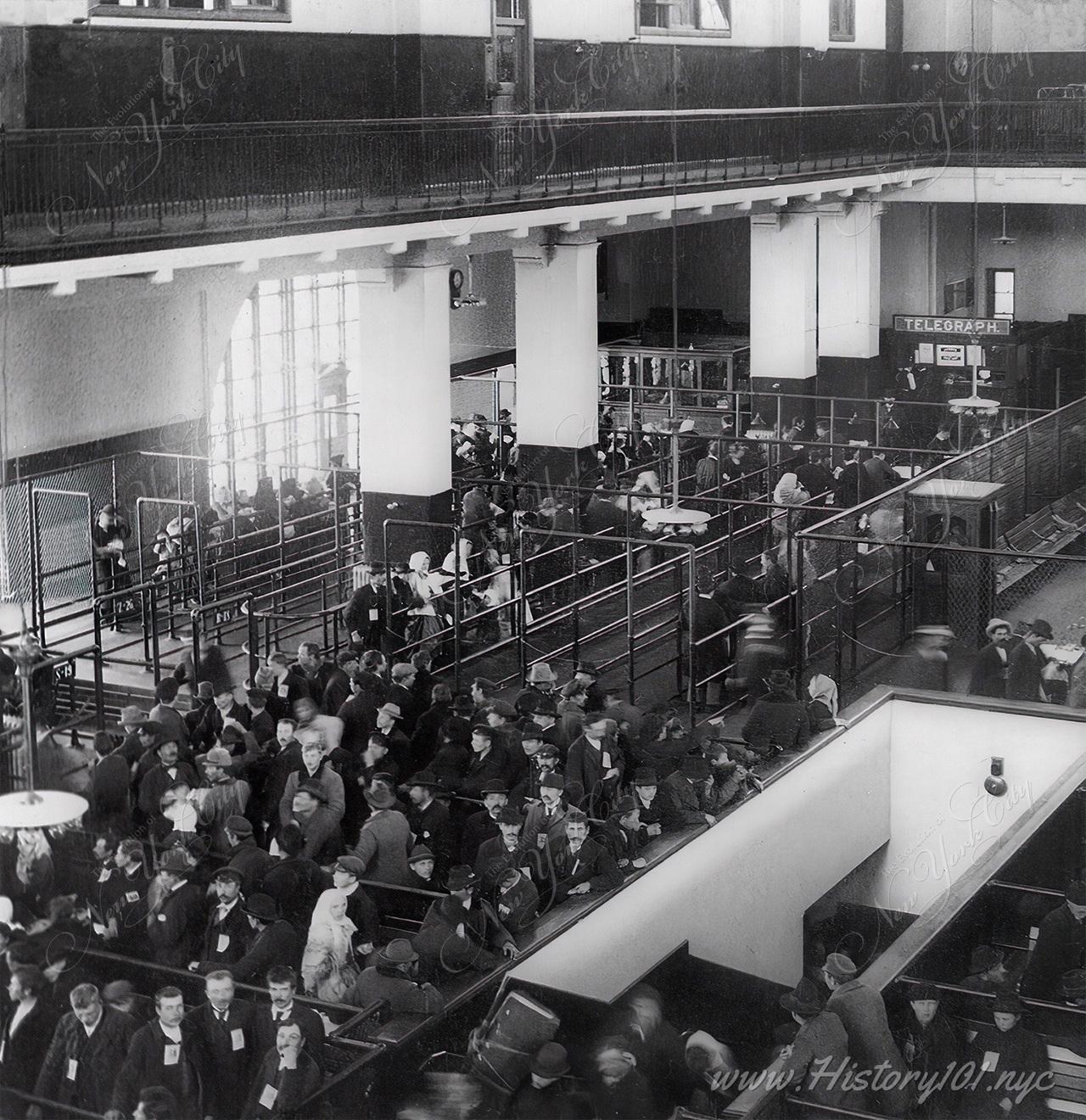 Immigrants waiting to be processed at Ellis Island. New York had become a Wonder City and beacon of hope for people all over the world. 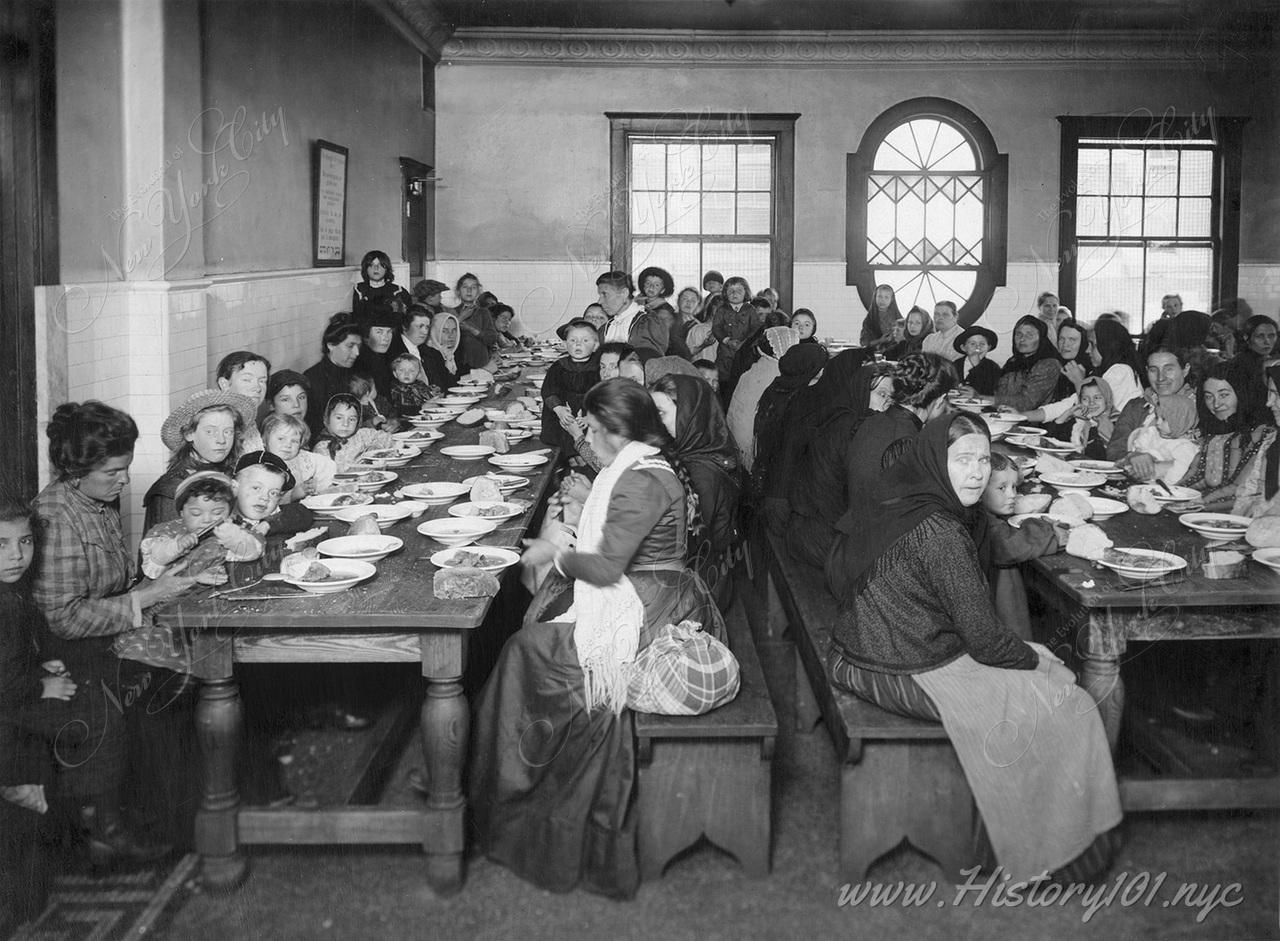 1902: Immigrants Being Served a Meal at Ellis Island

The facility at Ellis Island was equipped with a dining hall which was often used to provide free food for weary travelers after their long voyage. 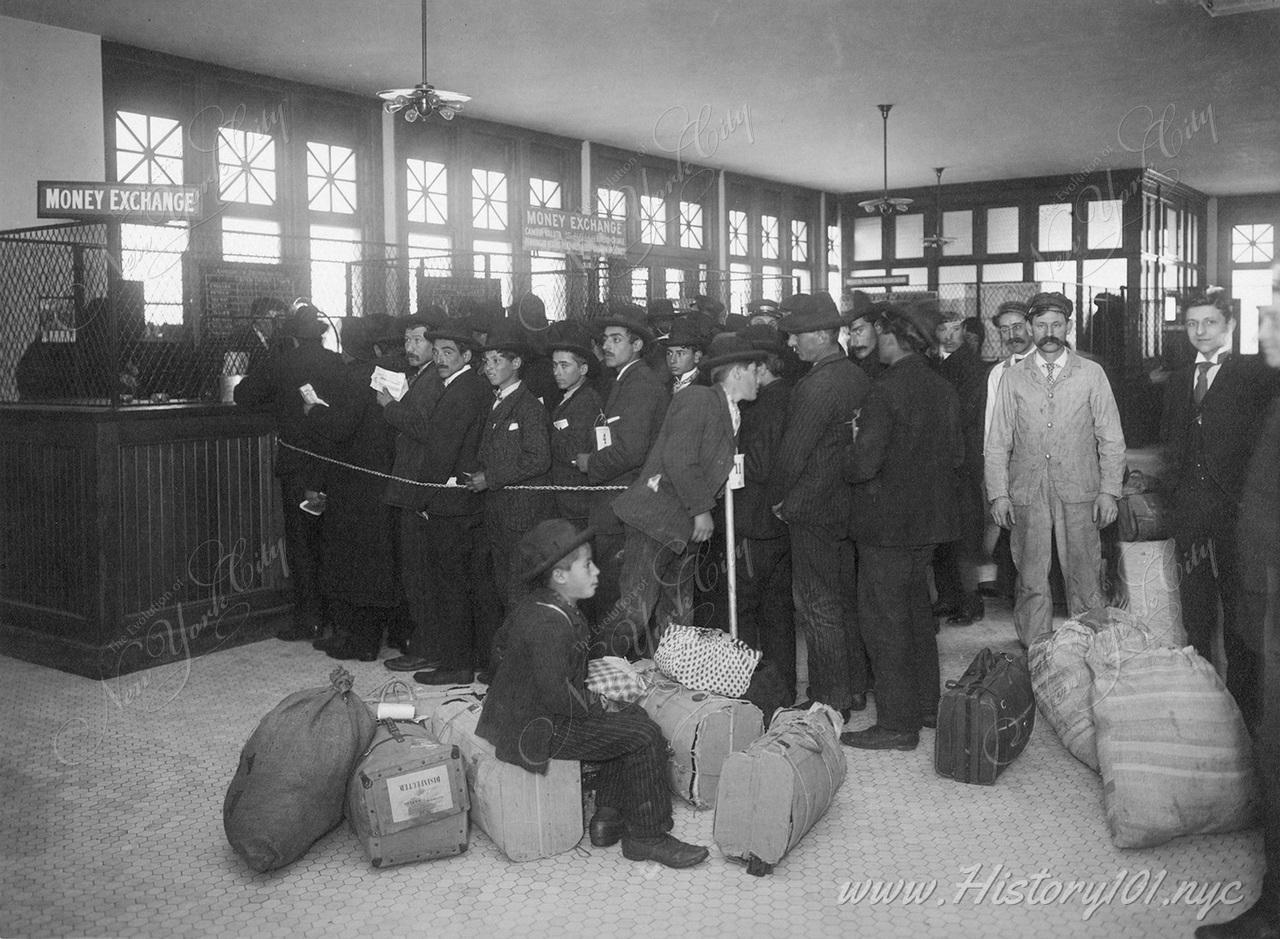 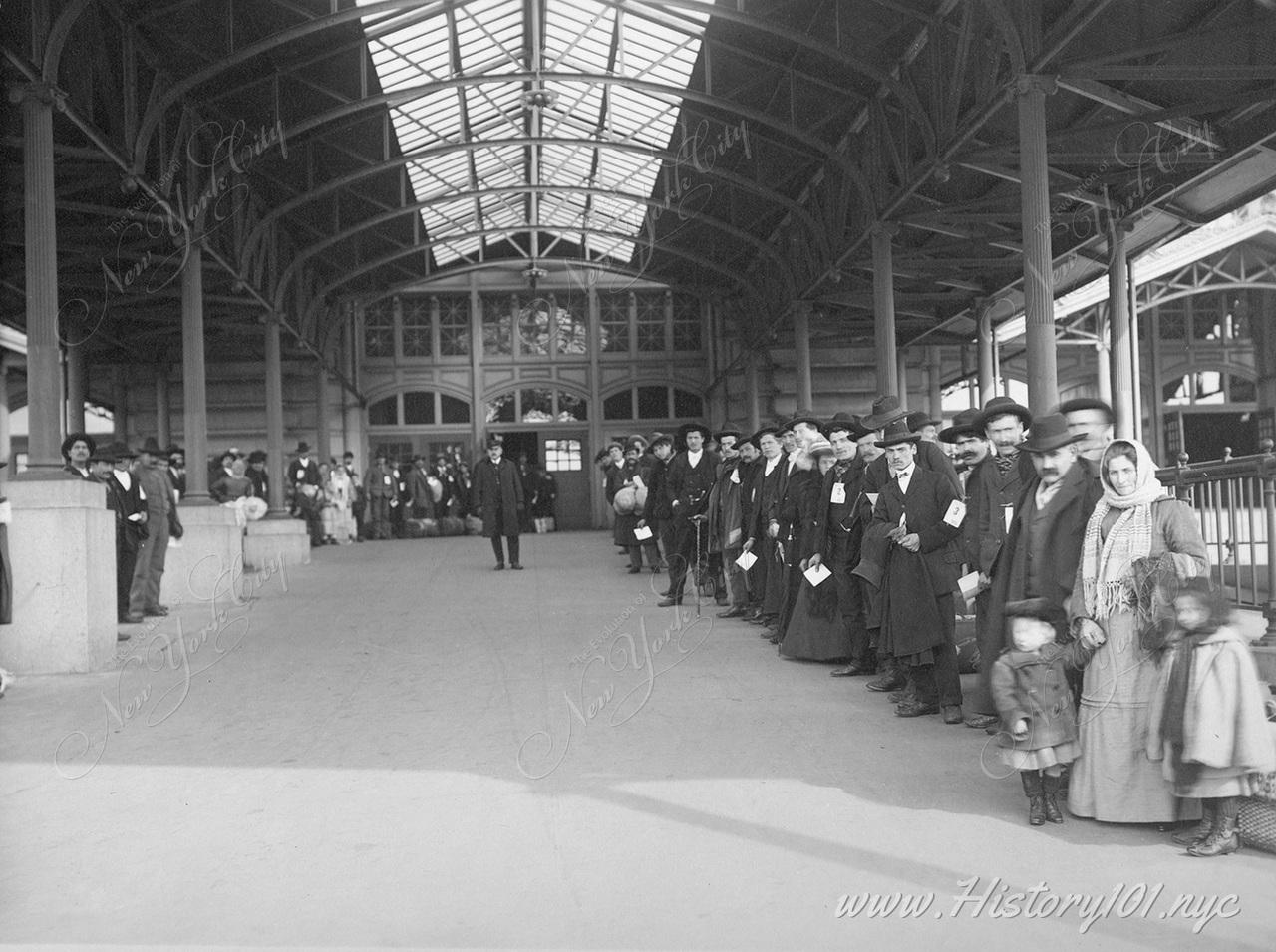 A line of immigrants has passed all phases of inspection at Ellis Island and await the ferry to Manhattan where they will begin their new lives. 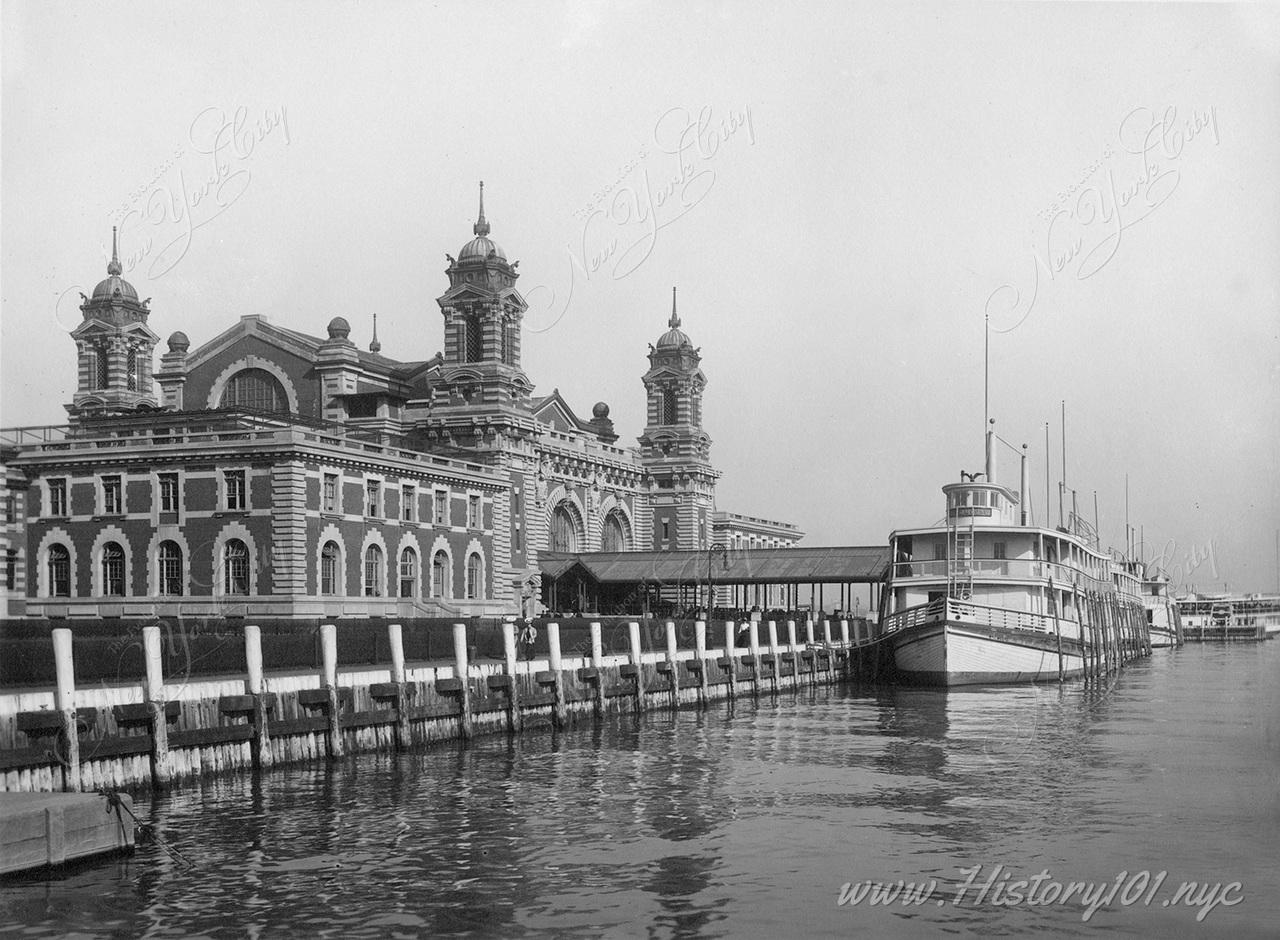 An exterior perspective of Immigration Station at Ellis Island, with ferry docked at the adjacent pier. 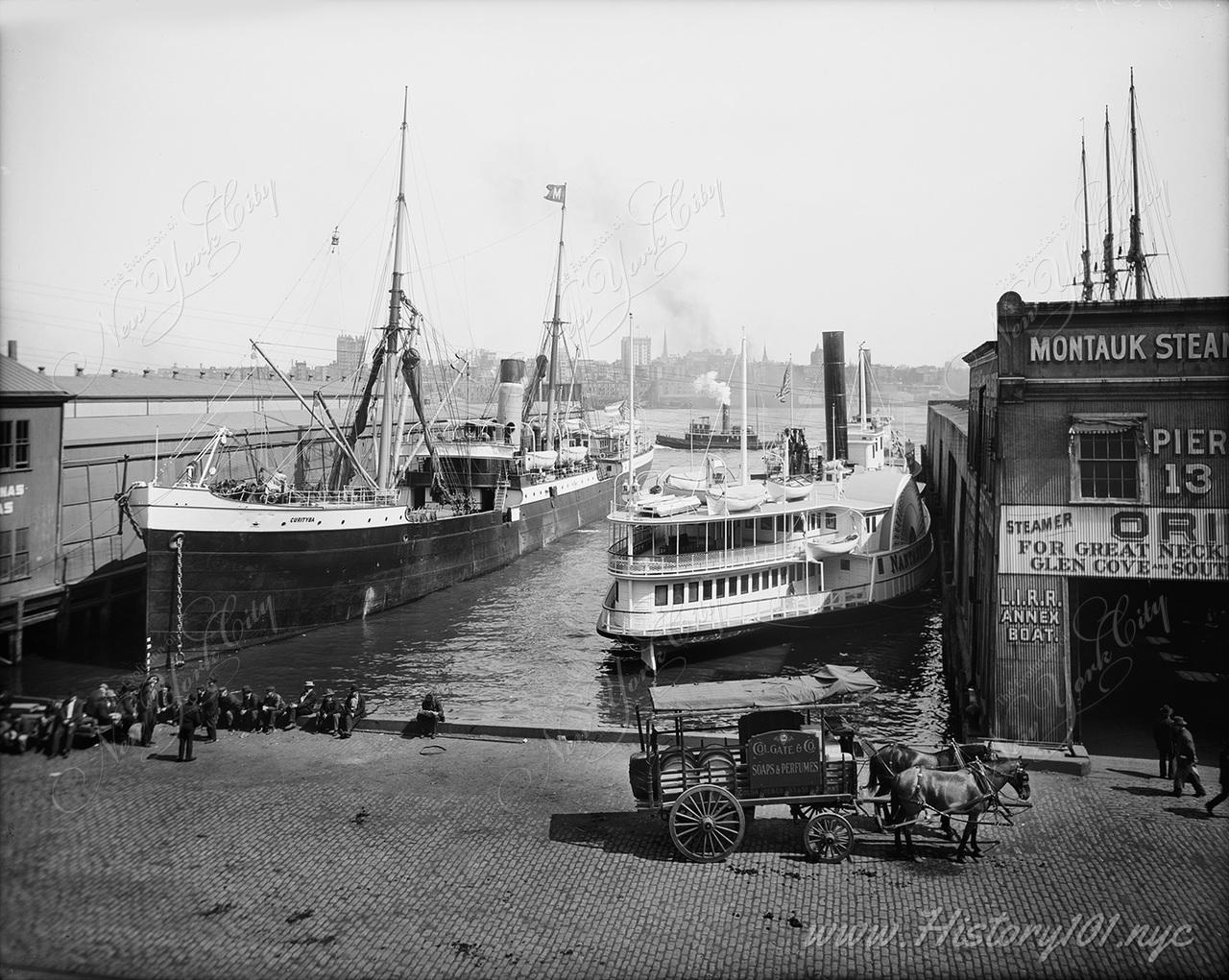 A photograph of the piers at Wall Street with two large boats docked and a Colgate carriage with horses parked on the promenade. 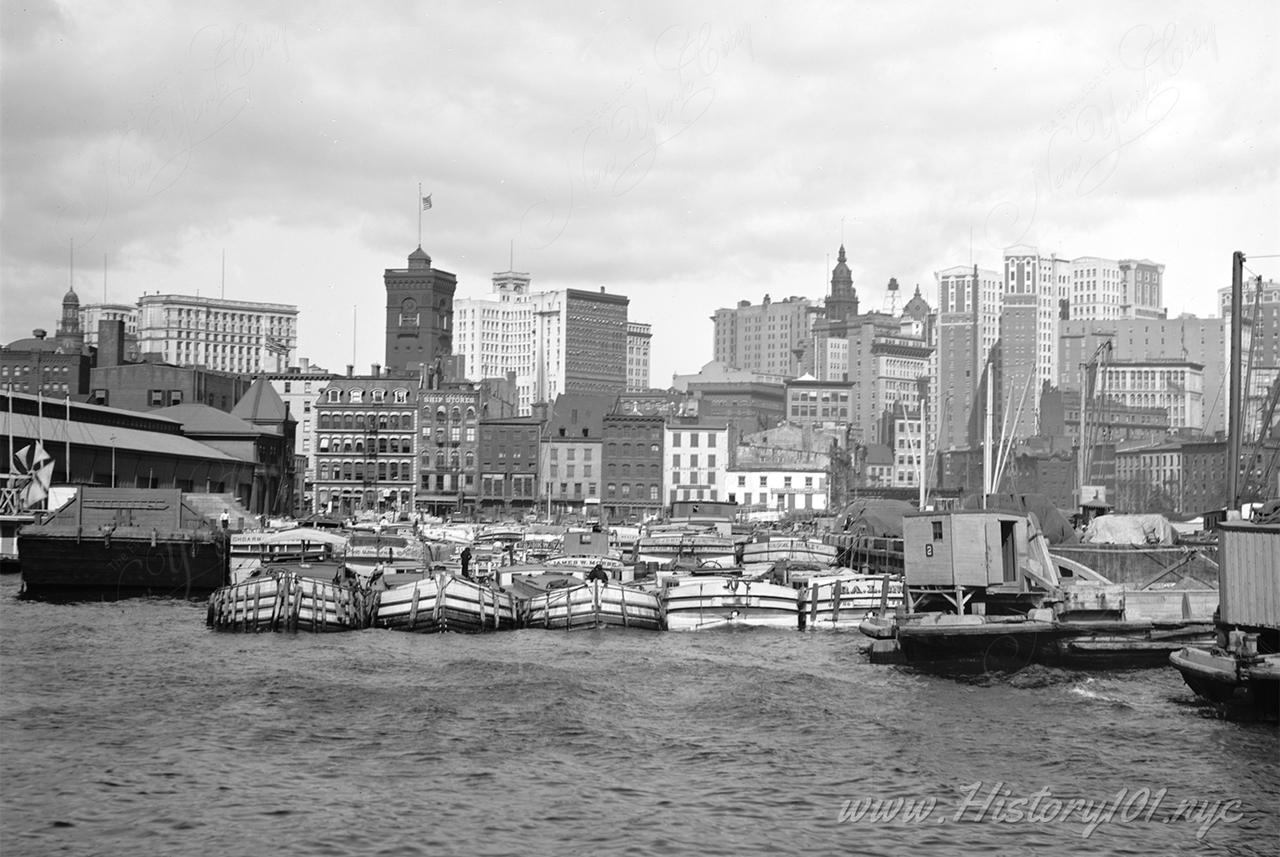 Photograph of canal boats at the East River docks with Manhattan's downtown skyline in the background. 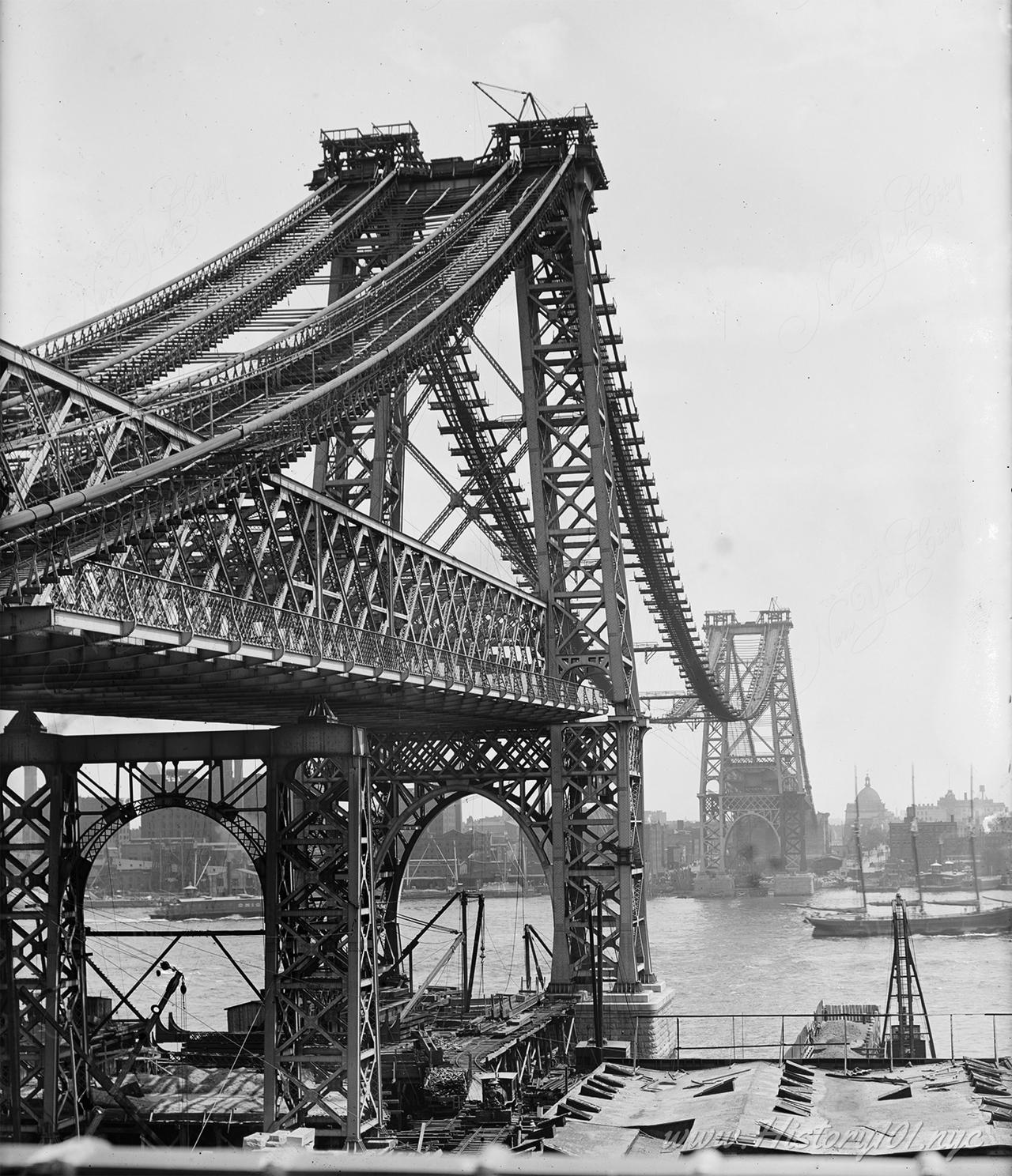 Photograph of a growing Williamsburg Bridge, spanning the East River and facing Brooklyn. 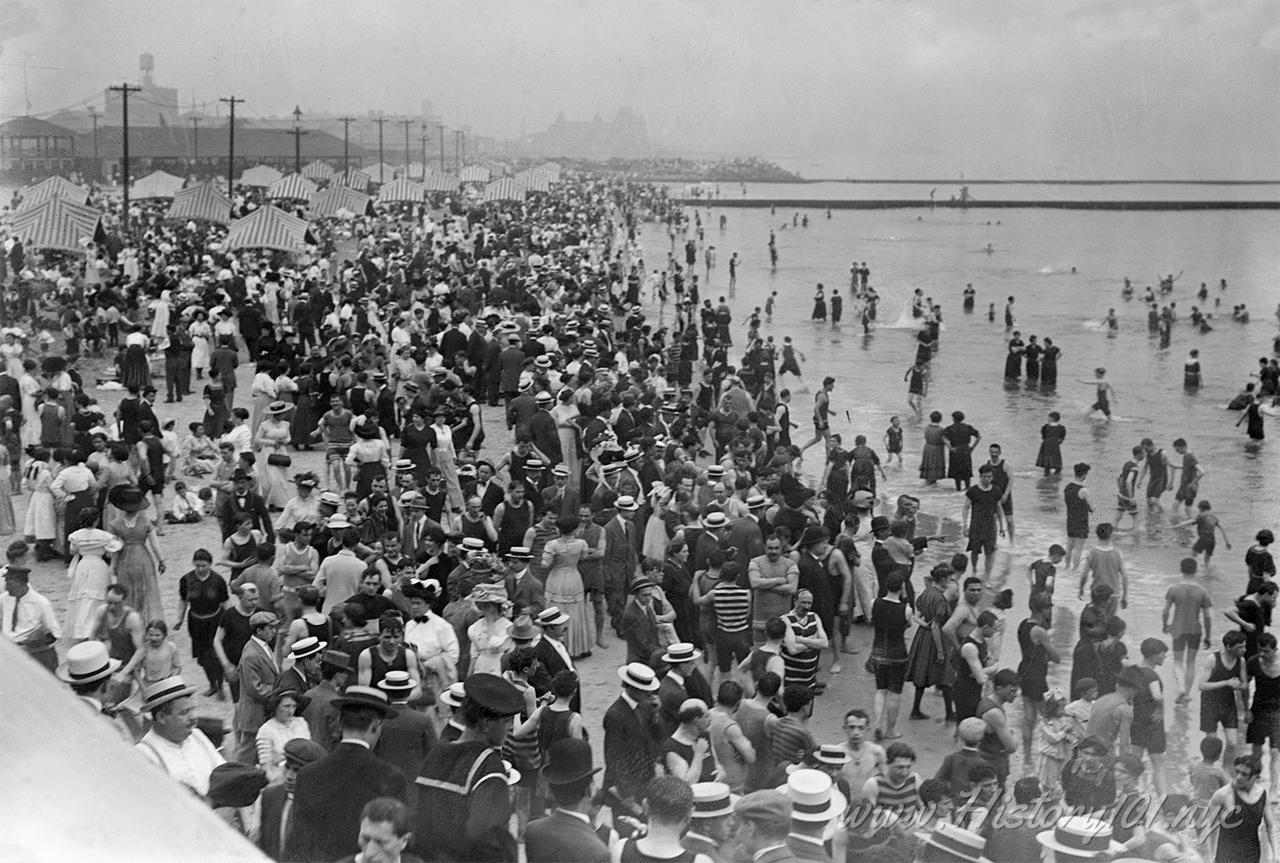 Photograph of crowds celebrating the Fourth of July on the shores of Coney Island. 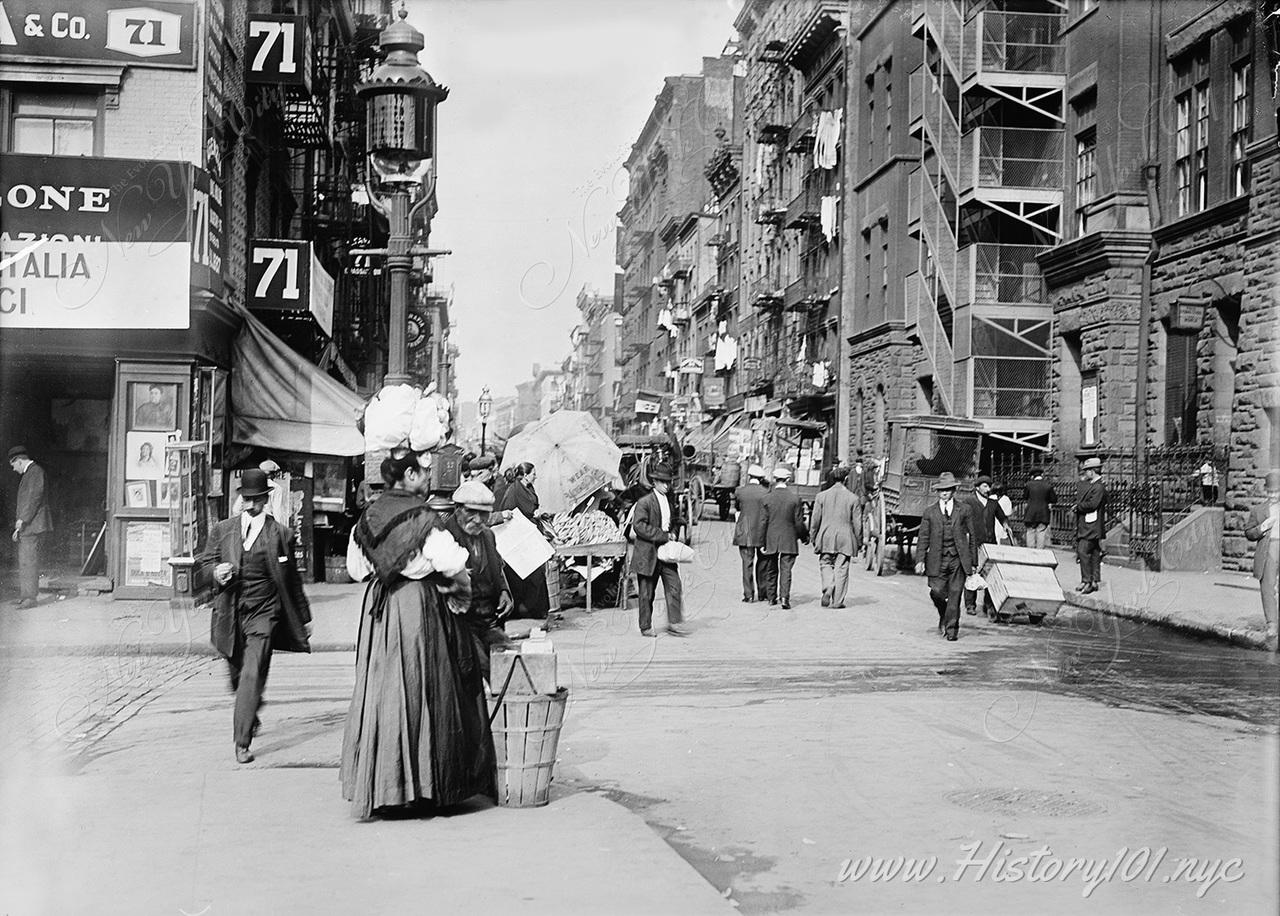 A picture of pedestrians on Mulberry Street, located in the heart of a bustling Italian neighborhood. 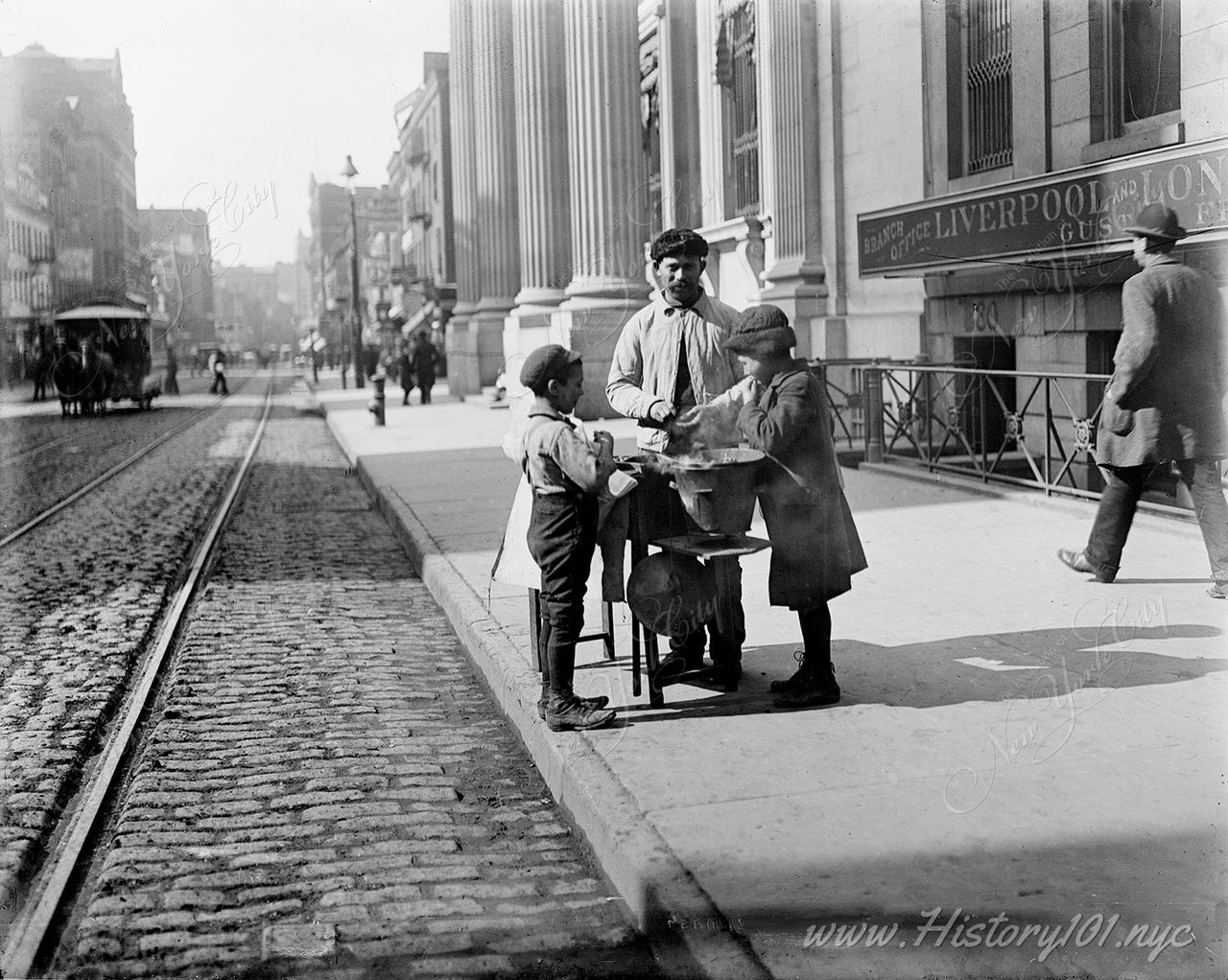 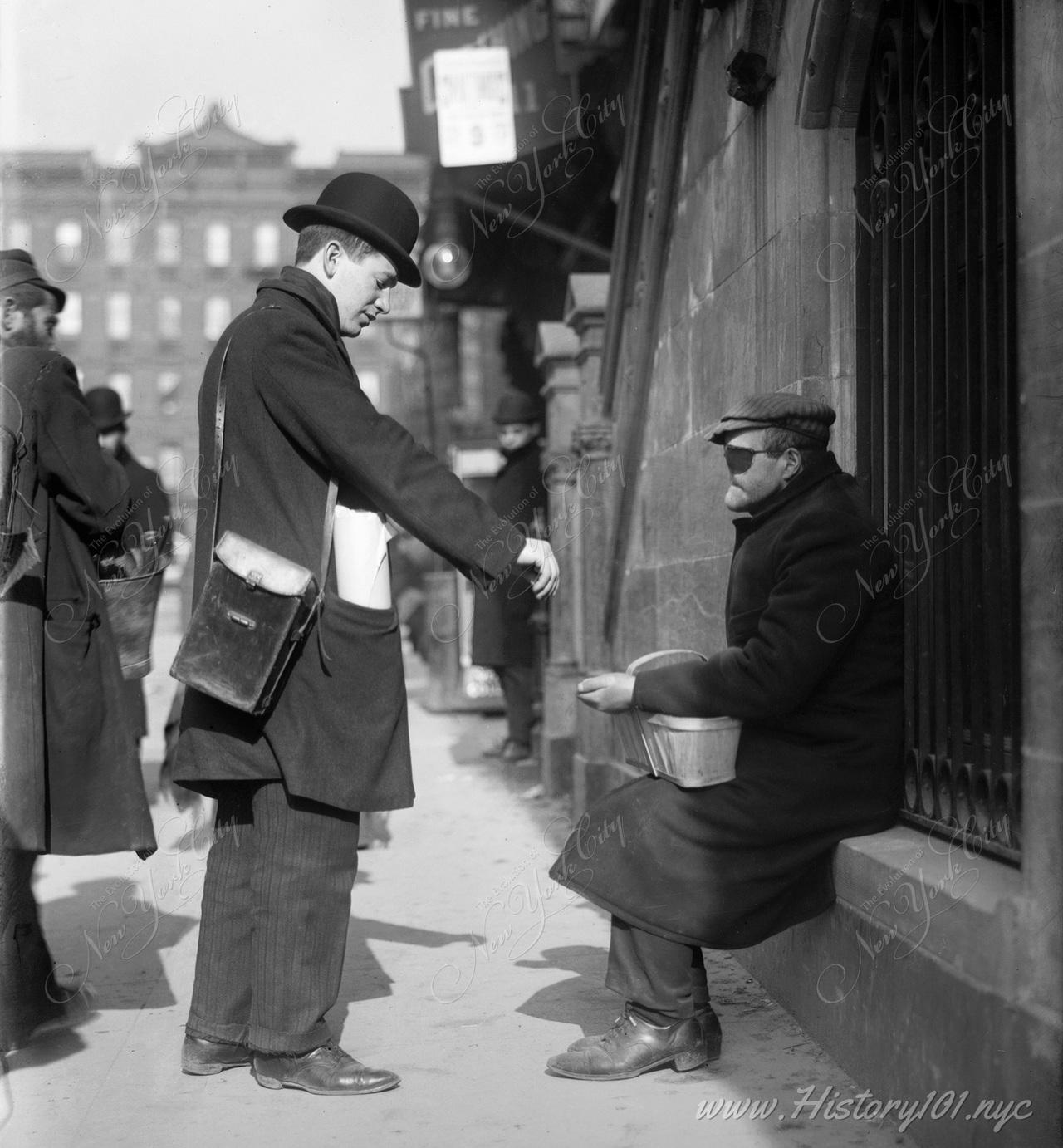 A man with an eyepatch and facial scars asking for spare change from a passing pedestrian. 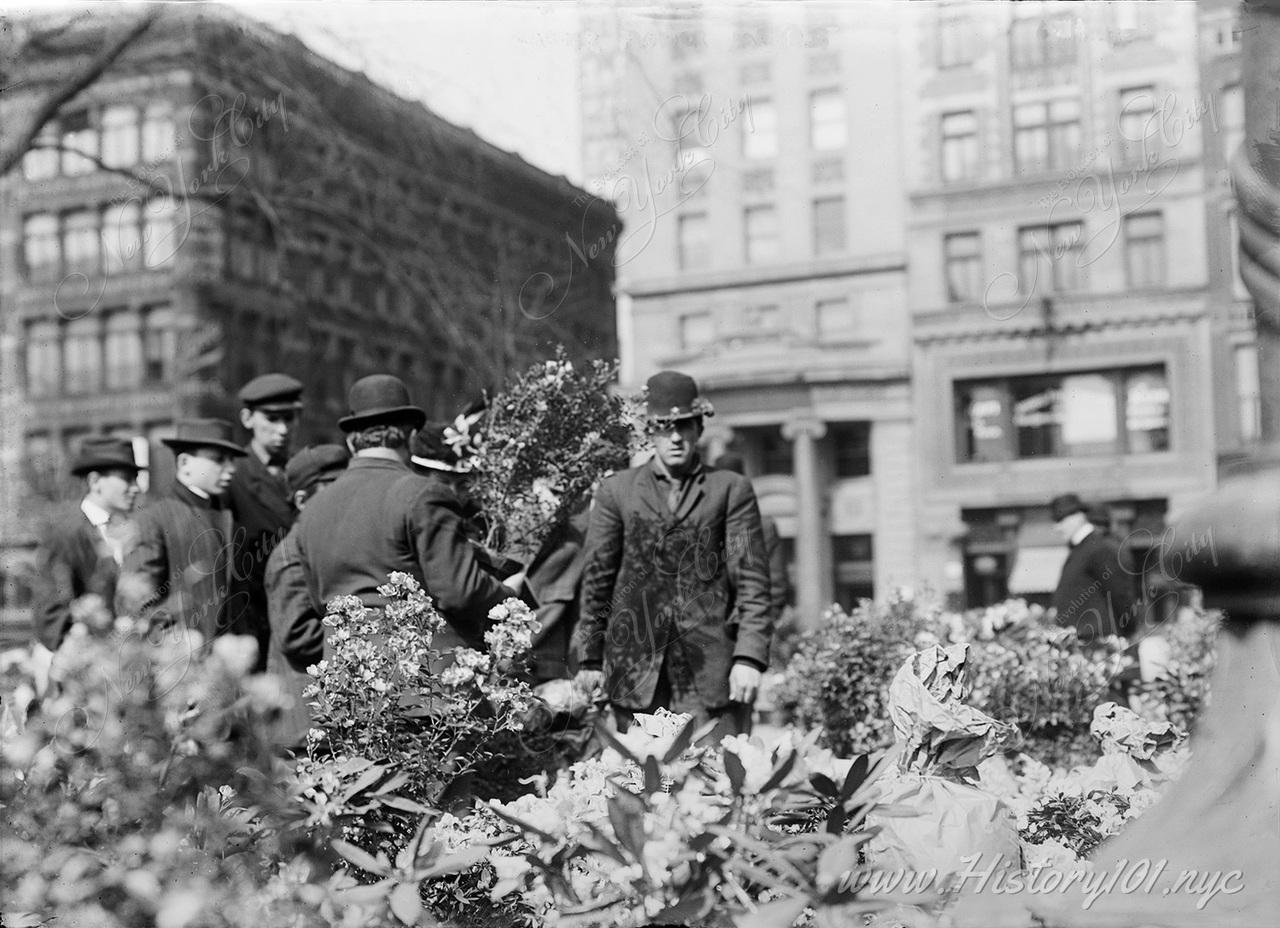 Photograph of a man selling flowers to customers, framed by large bouquets against the iconic backdrop of the surrounding buildings.