The early 1980s marks a drastic transition as the City enjoys another decade of prosperity while the exodus of middle class residents to suburban areas has radically altered the demographic. The Intrepid Sea, Air & Space Museum opens, as does the Helmsley Palace Hotel and Limelight nightclub. Much of the City is still in shambles but signs of recovery are everywhere as neighborhoods rebuild and New Yorkers find more opportunities in a growing economy. 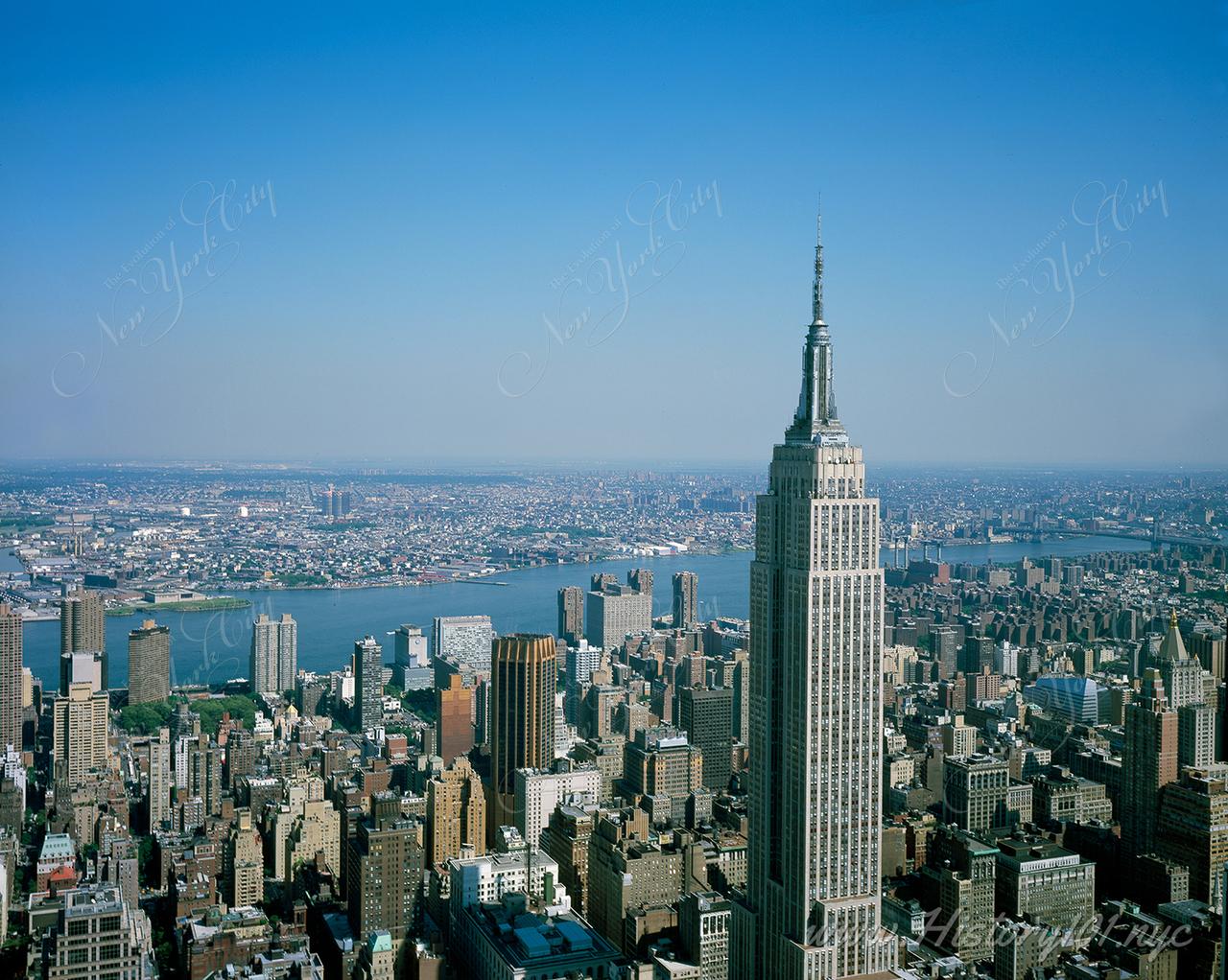 Aerial photograph of the Empire State Building and Manhattan's skyline with Queens and Brooklyn visible in the background. 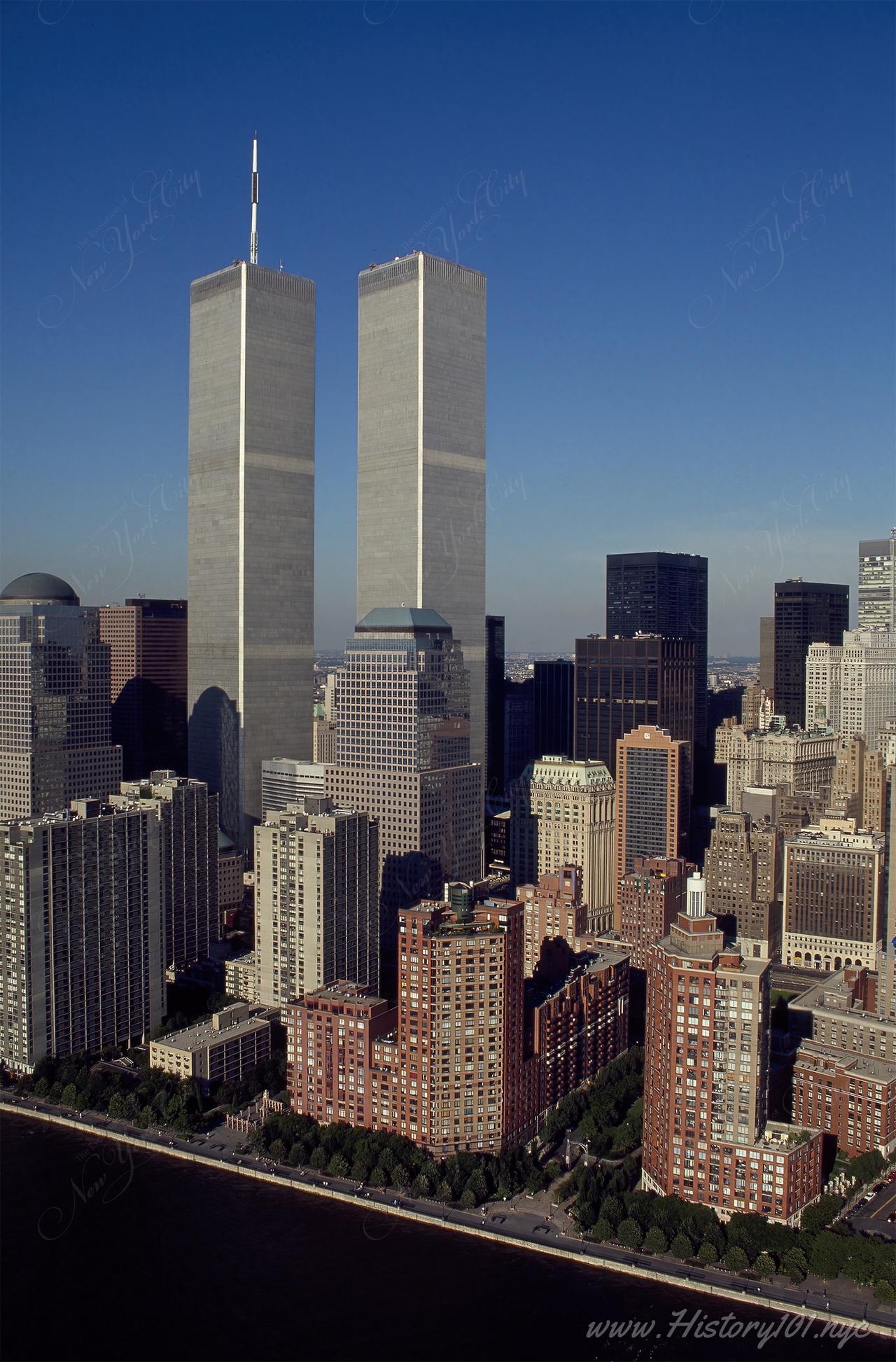 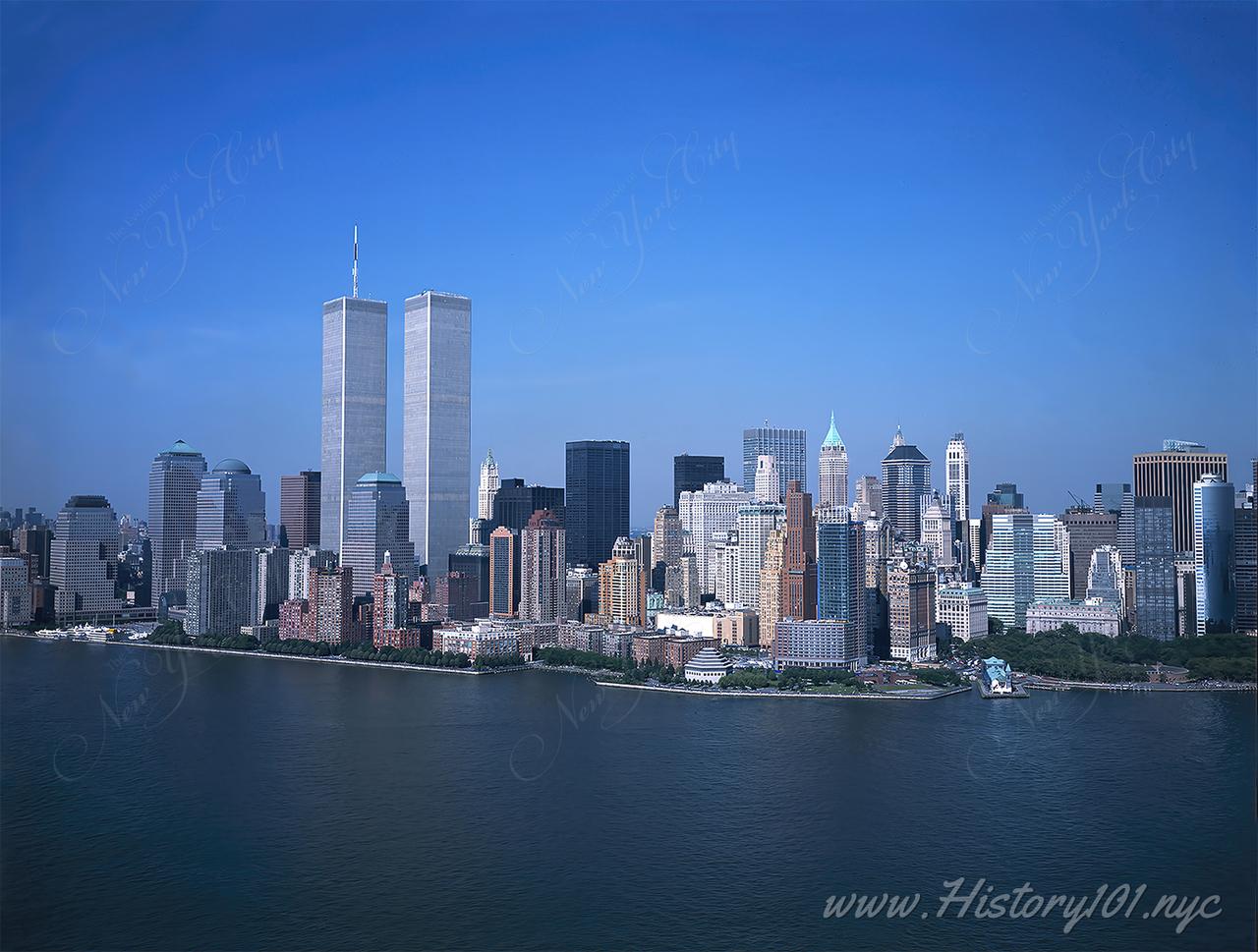 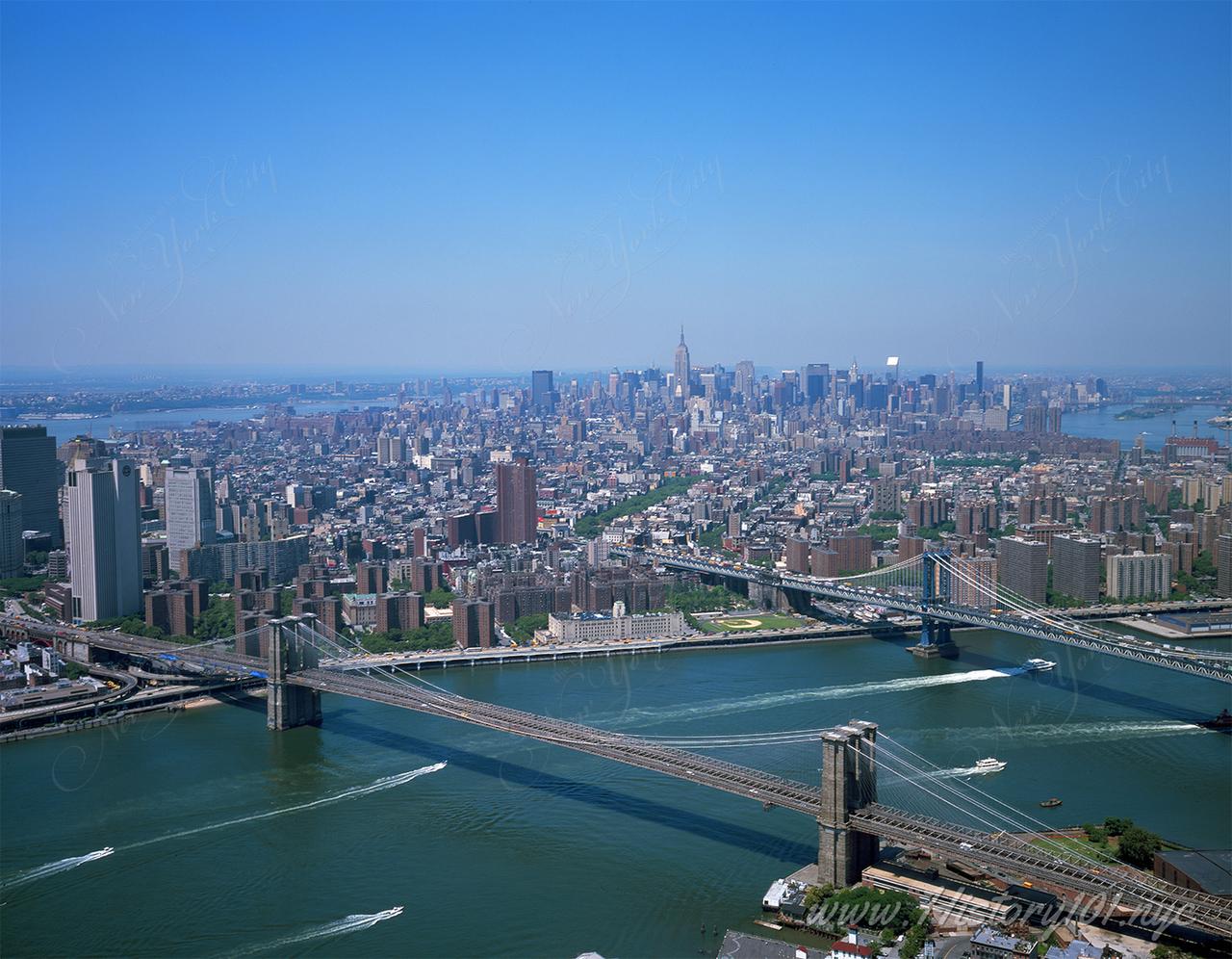 Aerial photograph above the East River Shows the Brooklyn and Manhattan Bridges with Midtown's skyline visible in the distance. 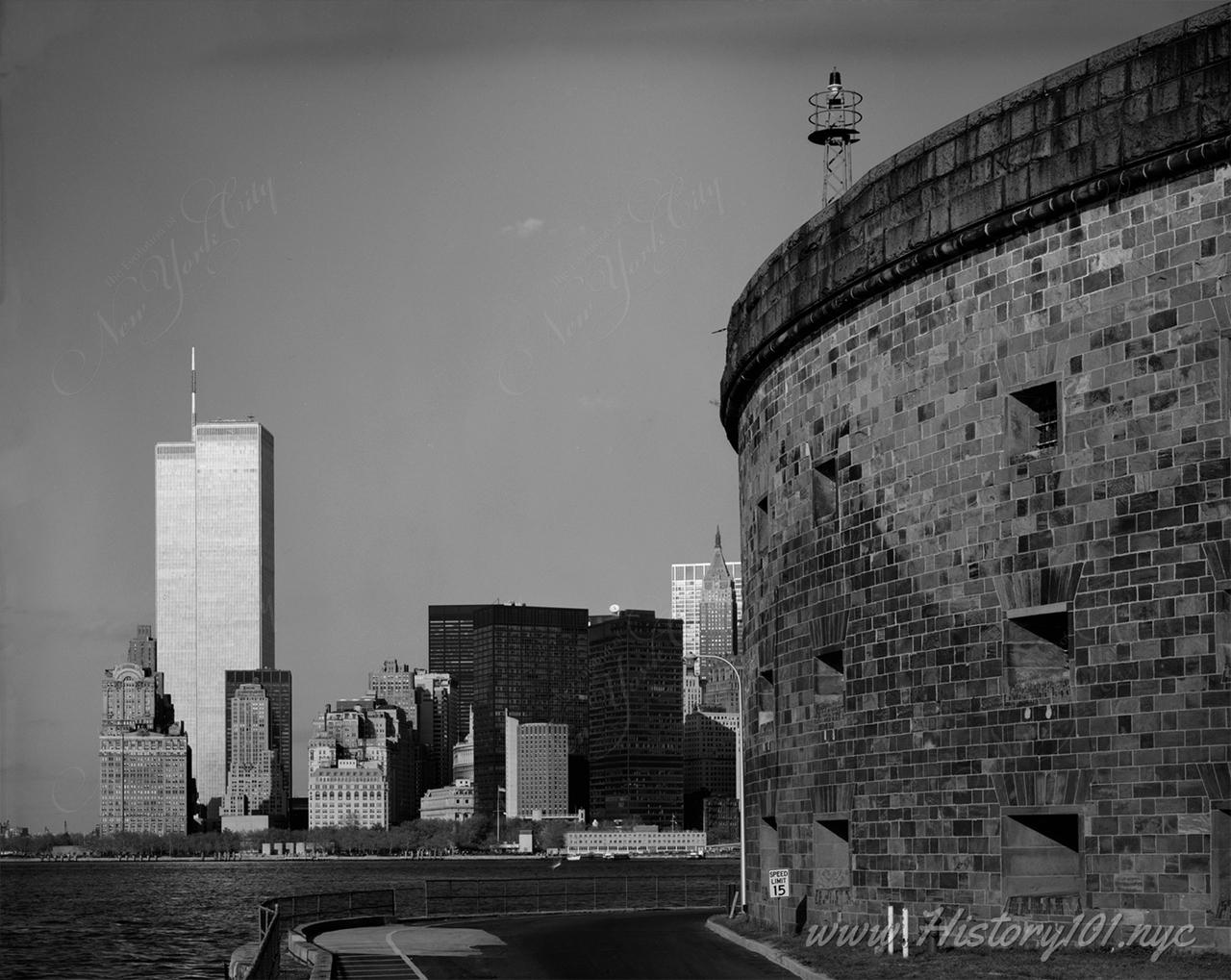 Photograph of Governor's Island with the World Trade Center visible in the background. 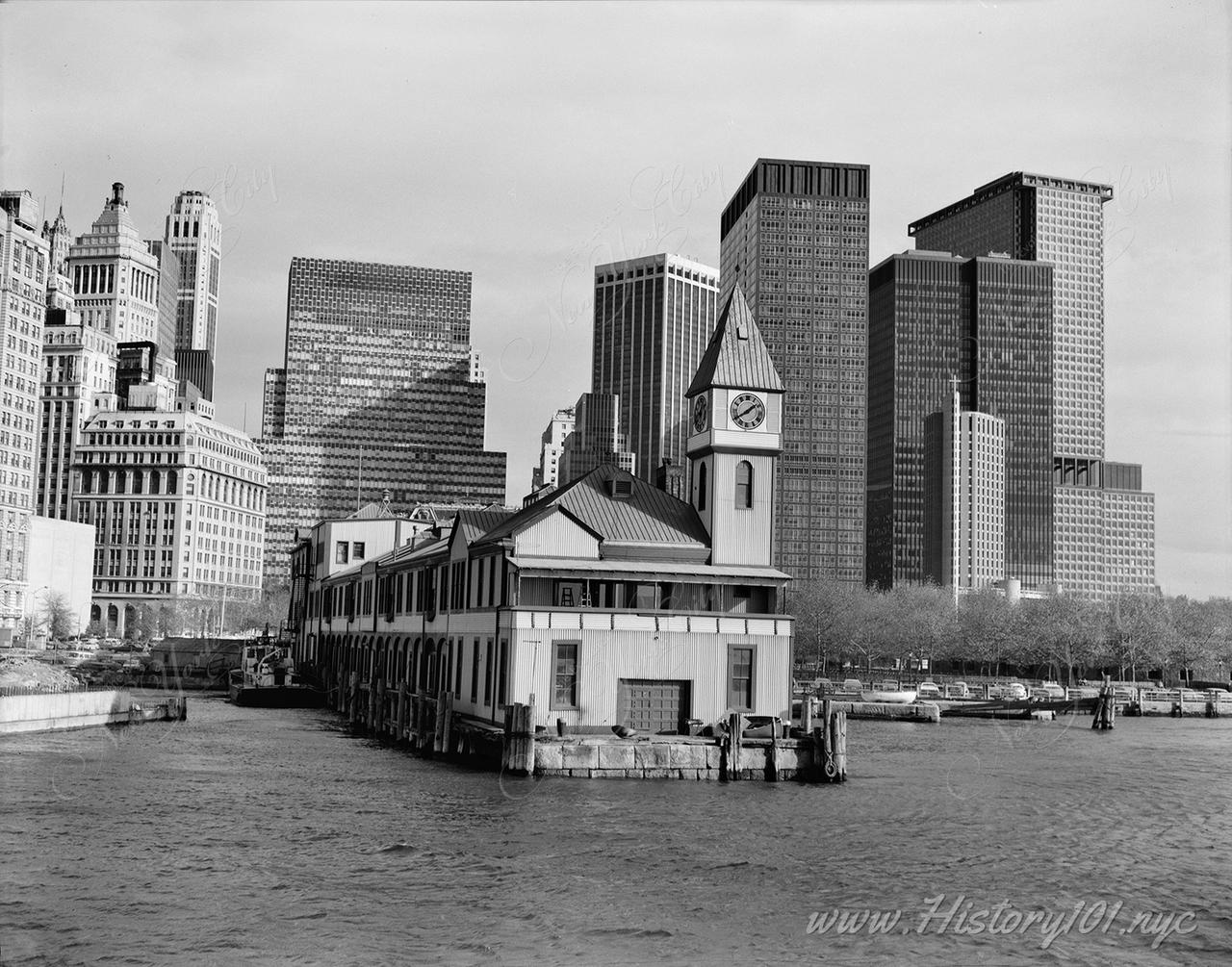 1984: Battery Place at the Hudson River

Photograph of the Hudson River and West end of Pier A, Battery Place, New York City. 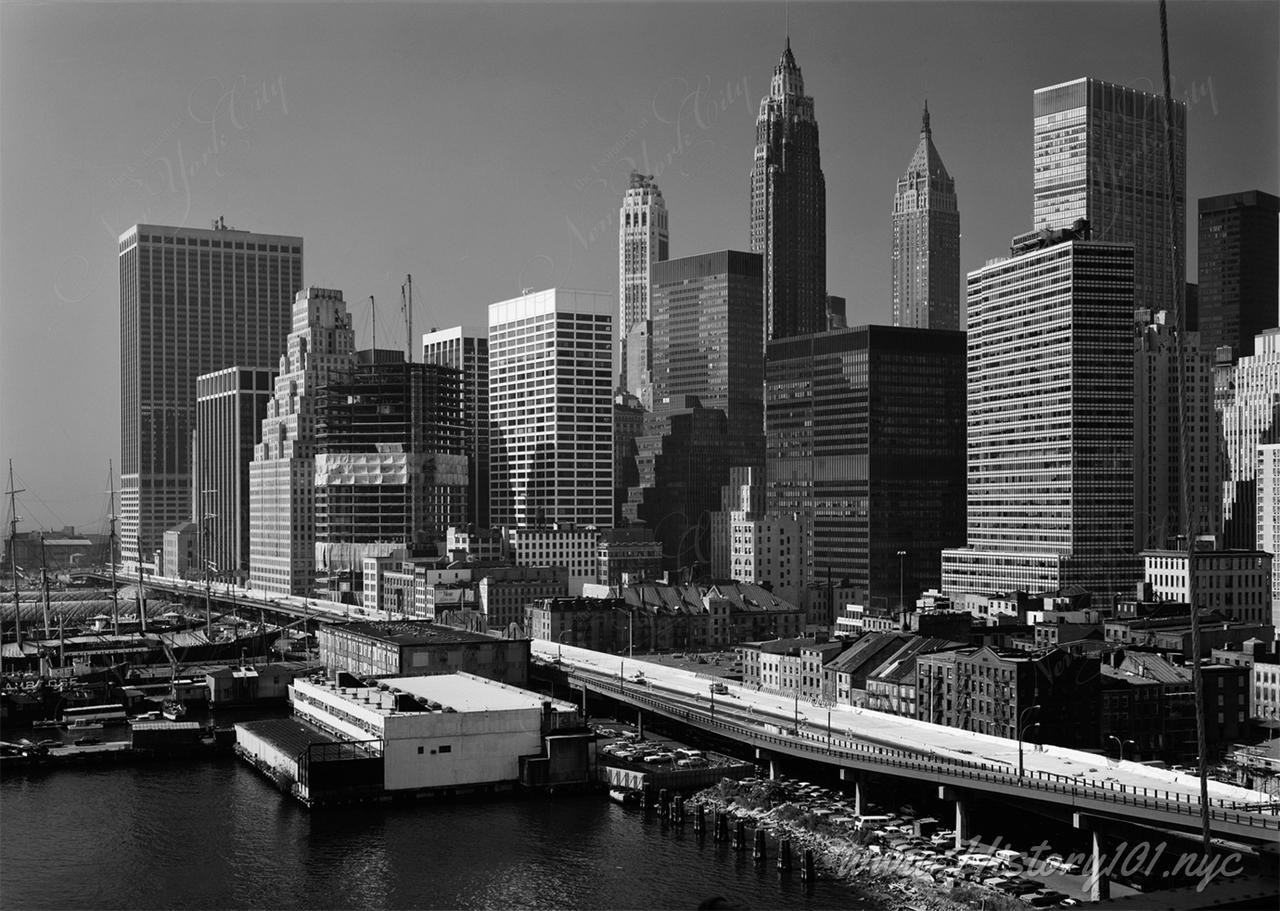 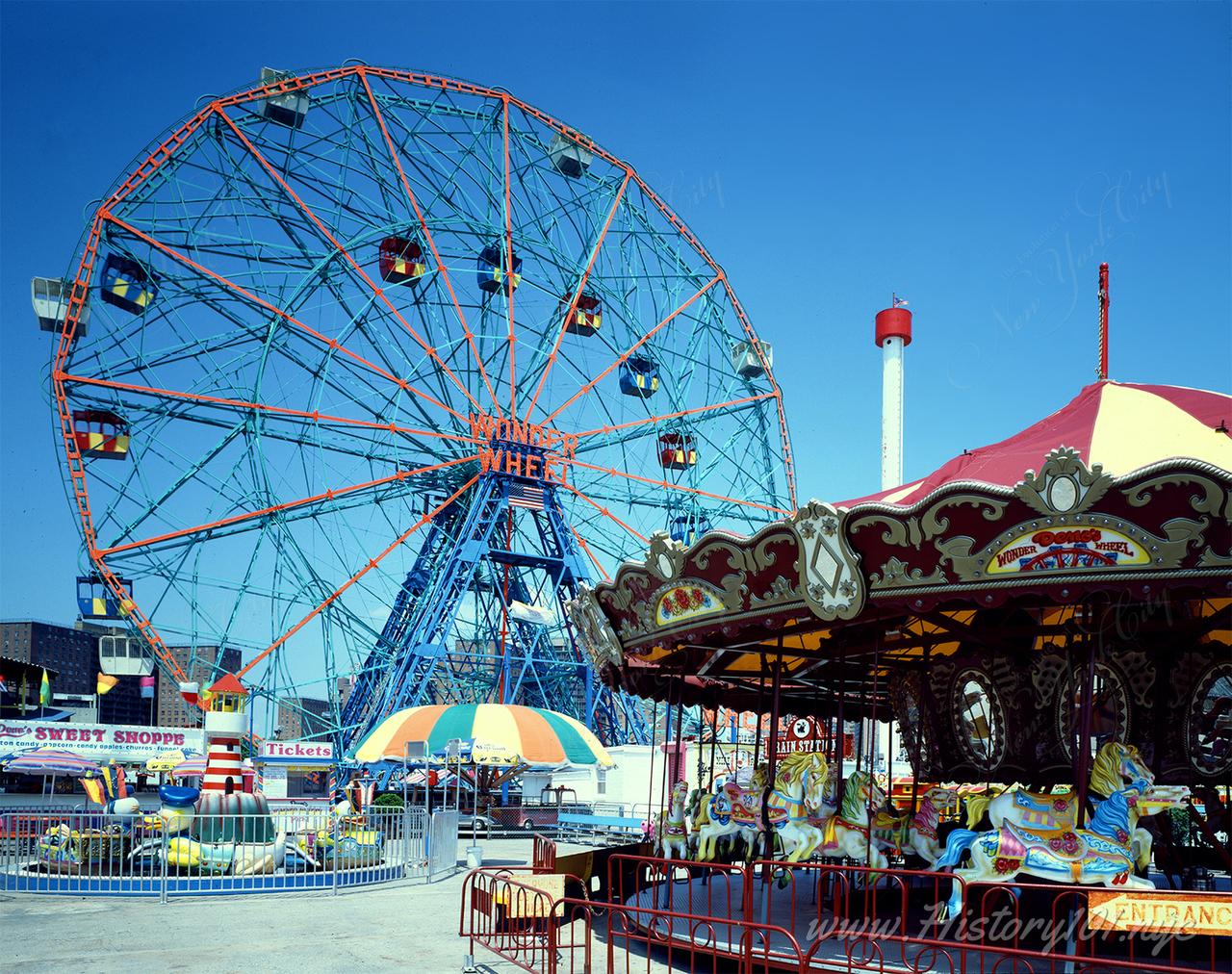 1980: The Wonder Wheel at Coney Island

Photograph of the Wonder Wheel and Carousel ride at Coney Island in Brooklyn, New York. 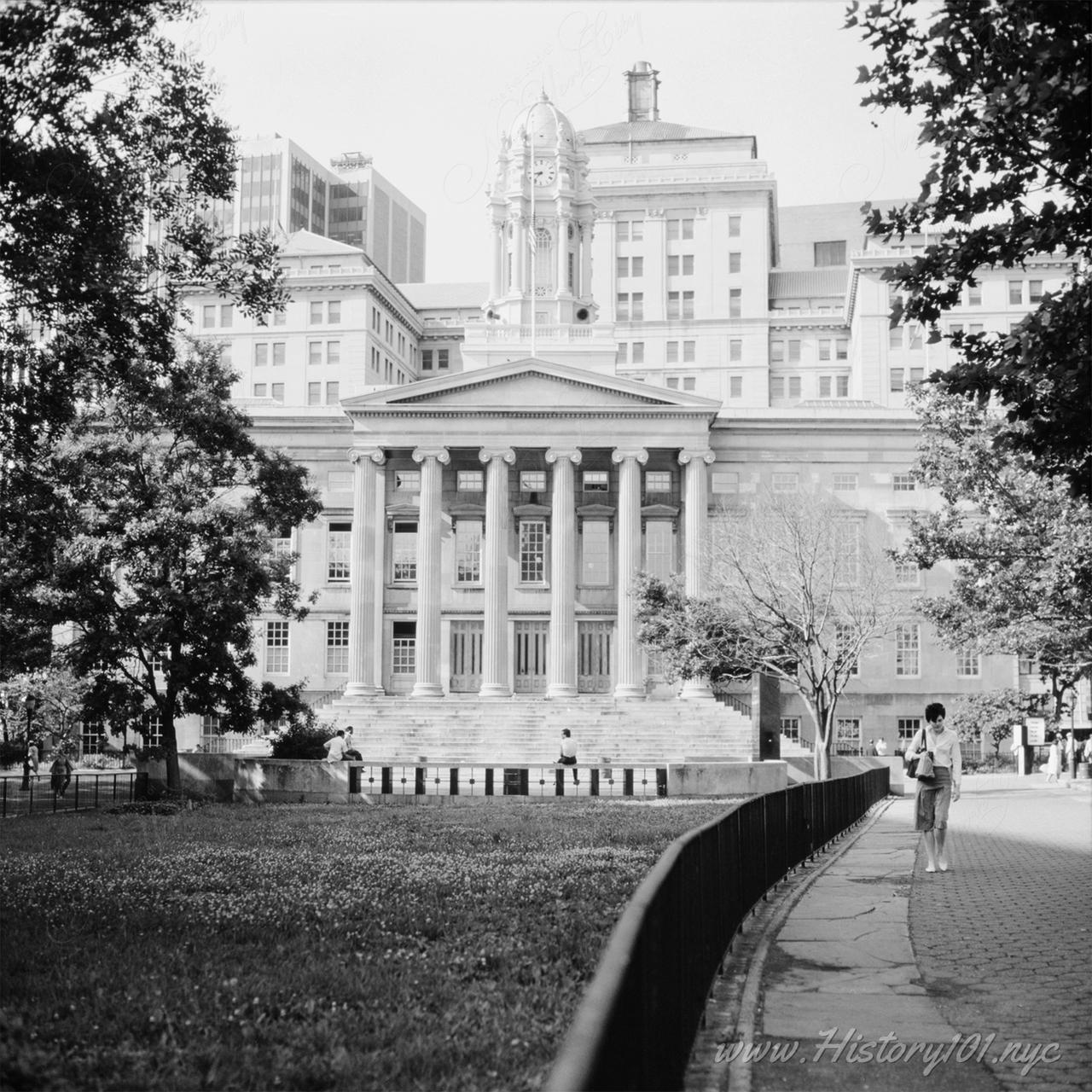 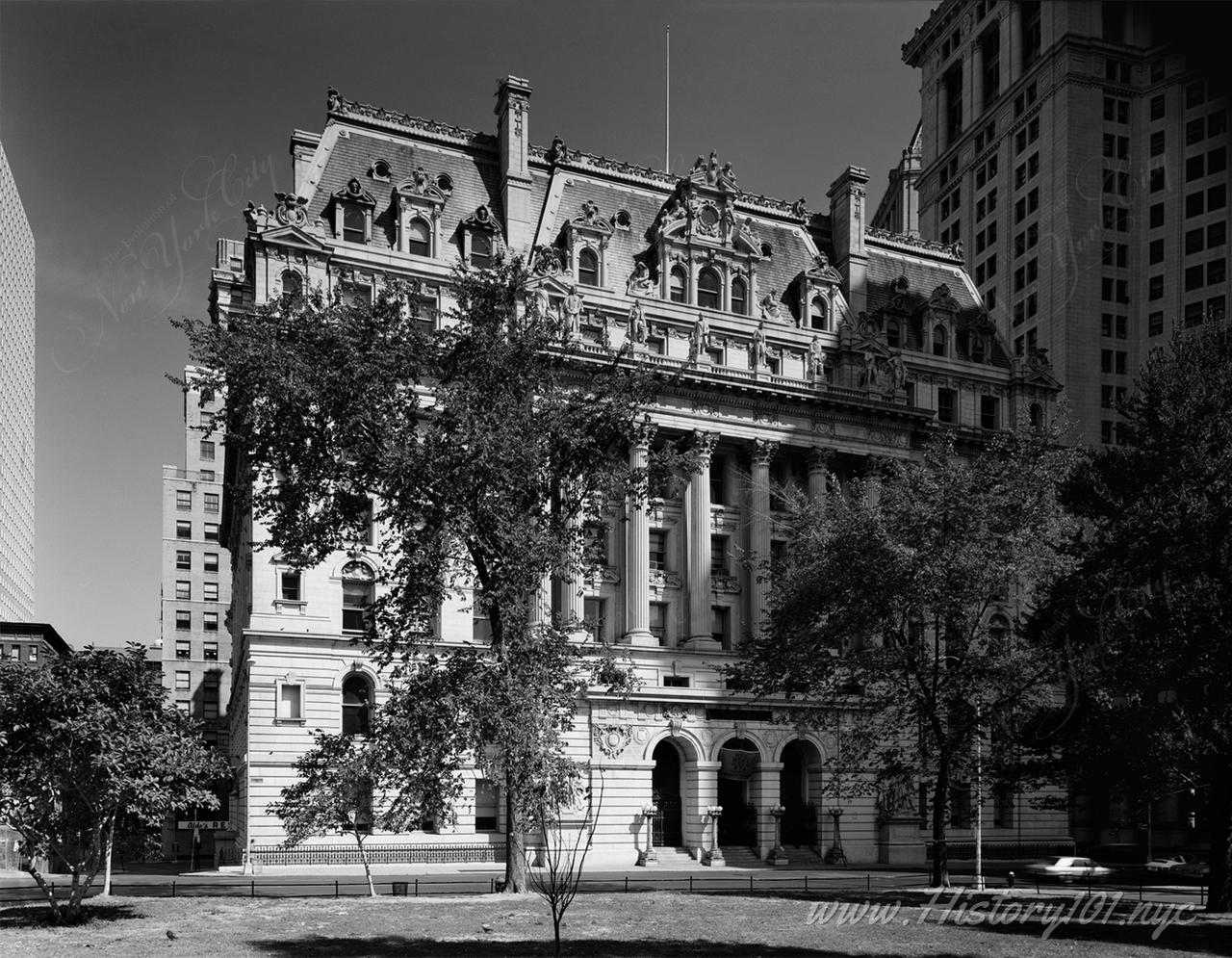 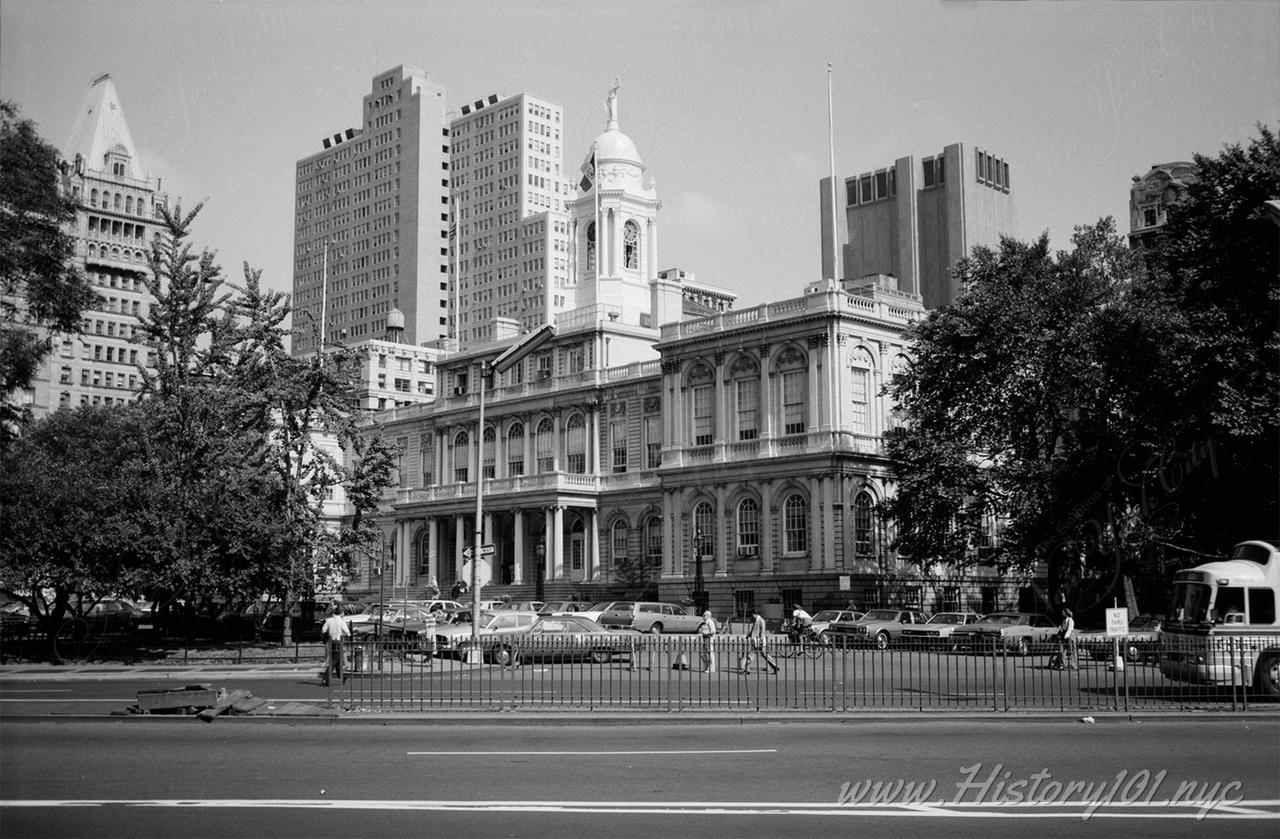 1981: City Hall from the Southeast 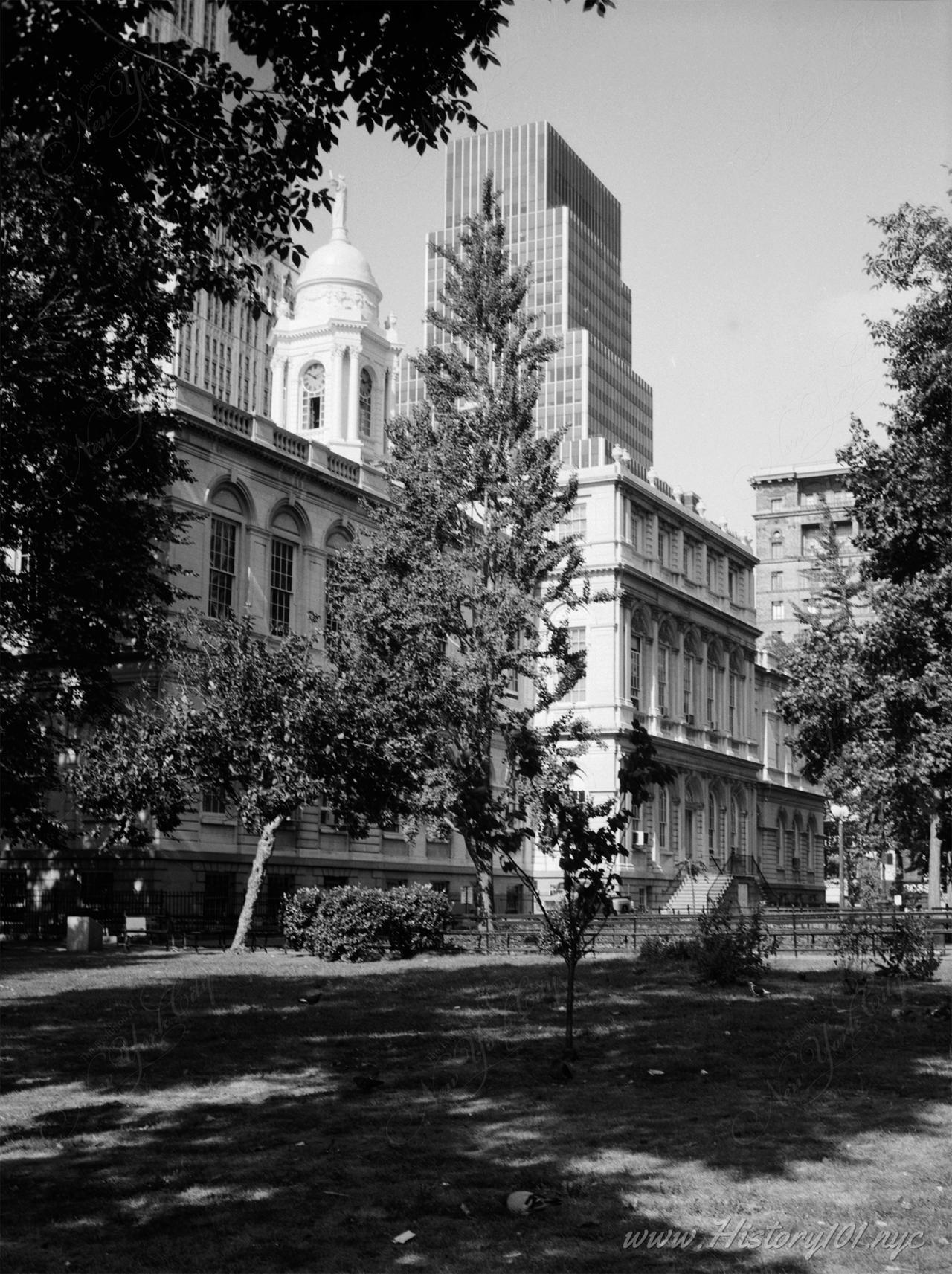 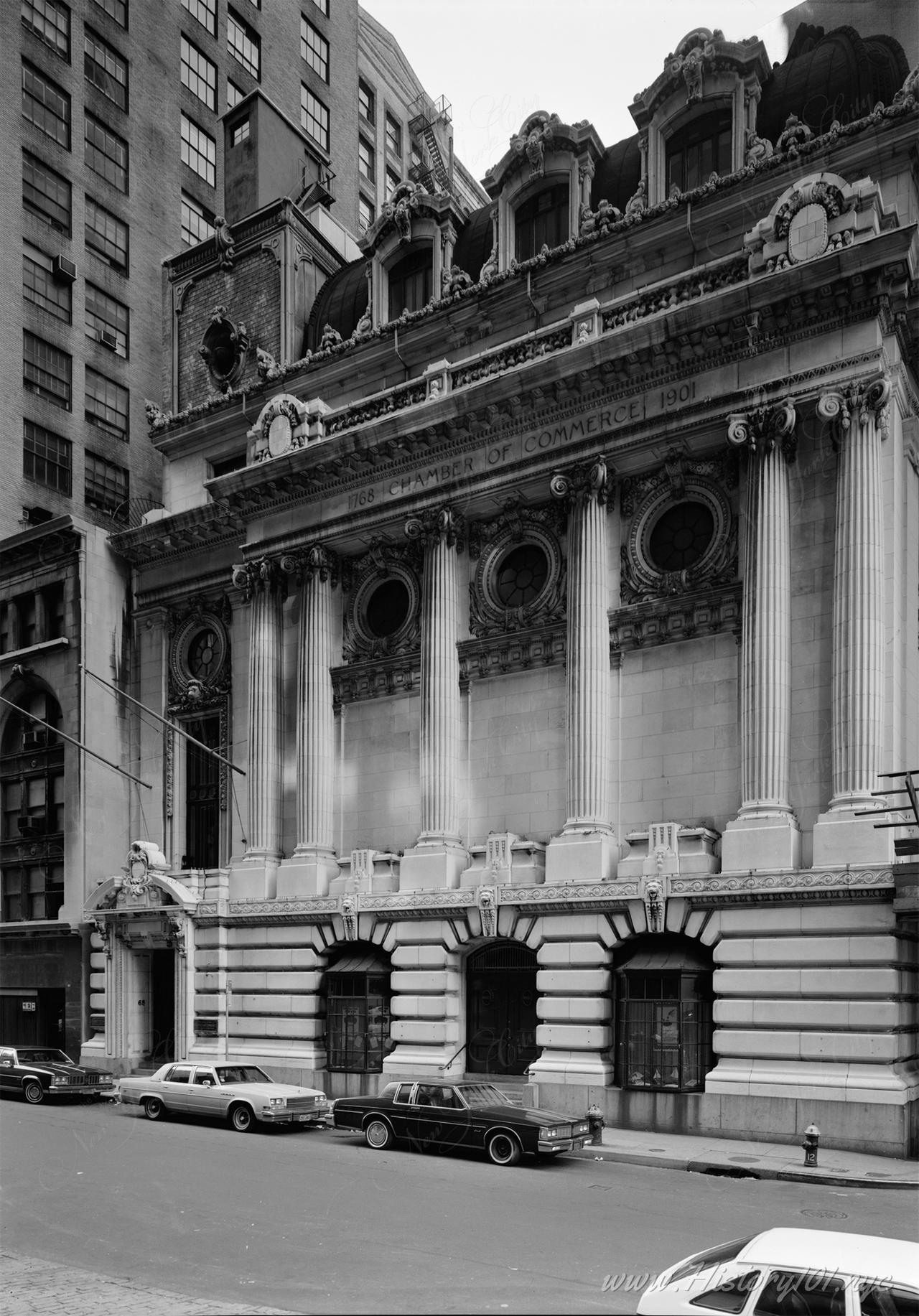 Photograph of the Chamber of Commerce Building, located on 65 Liberty Street. 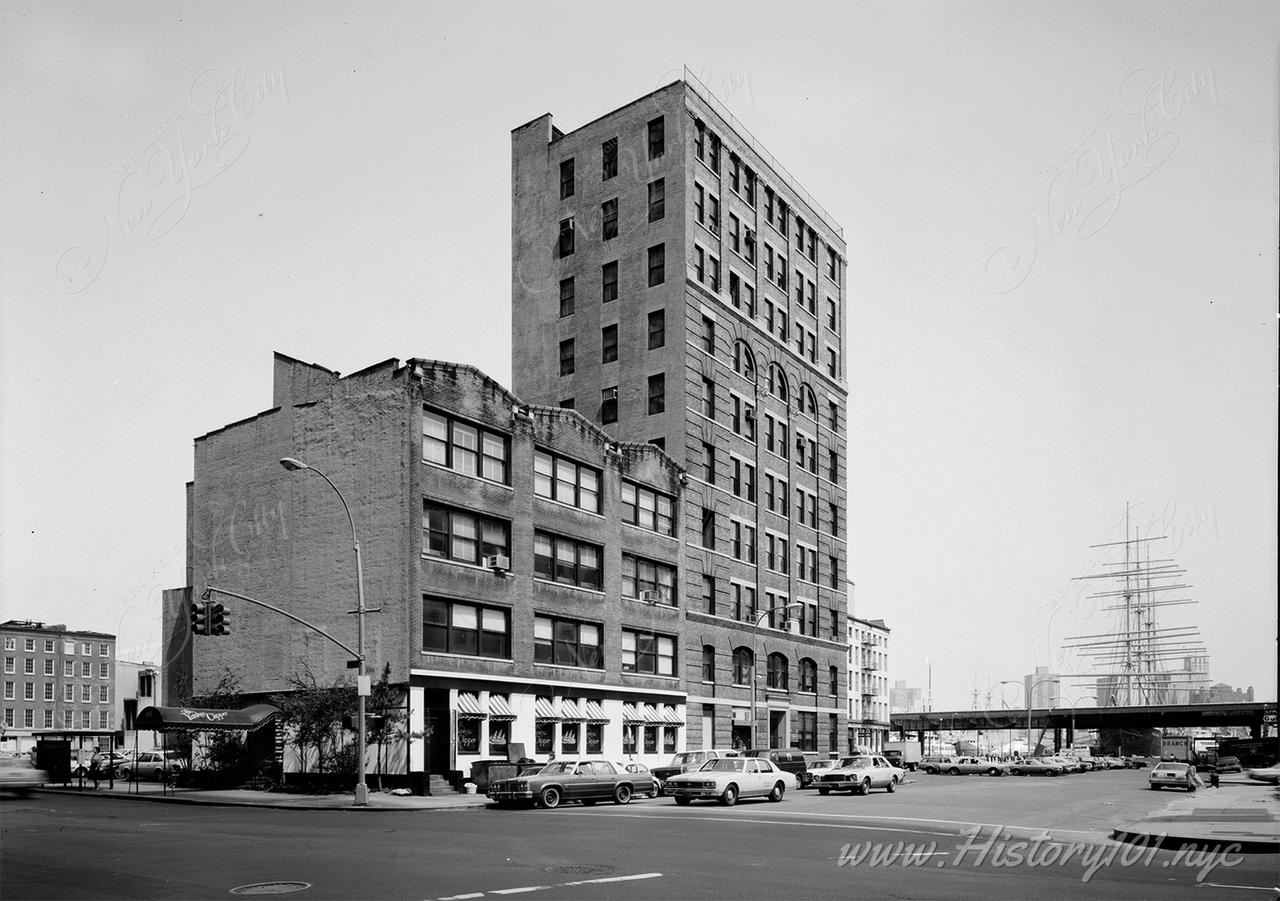 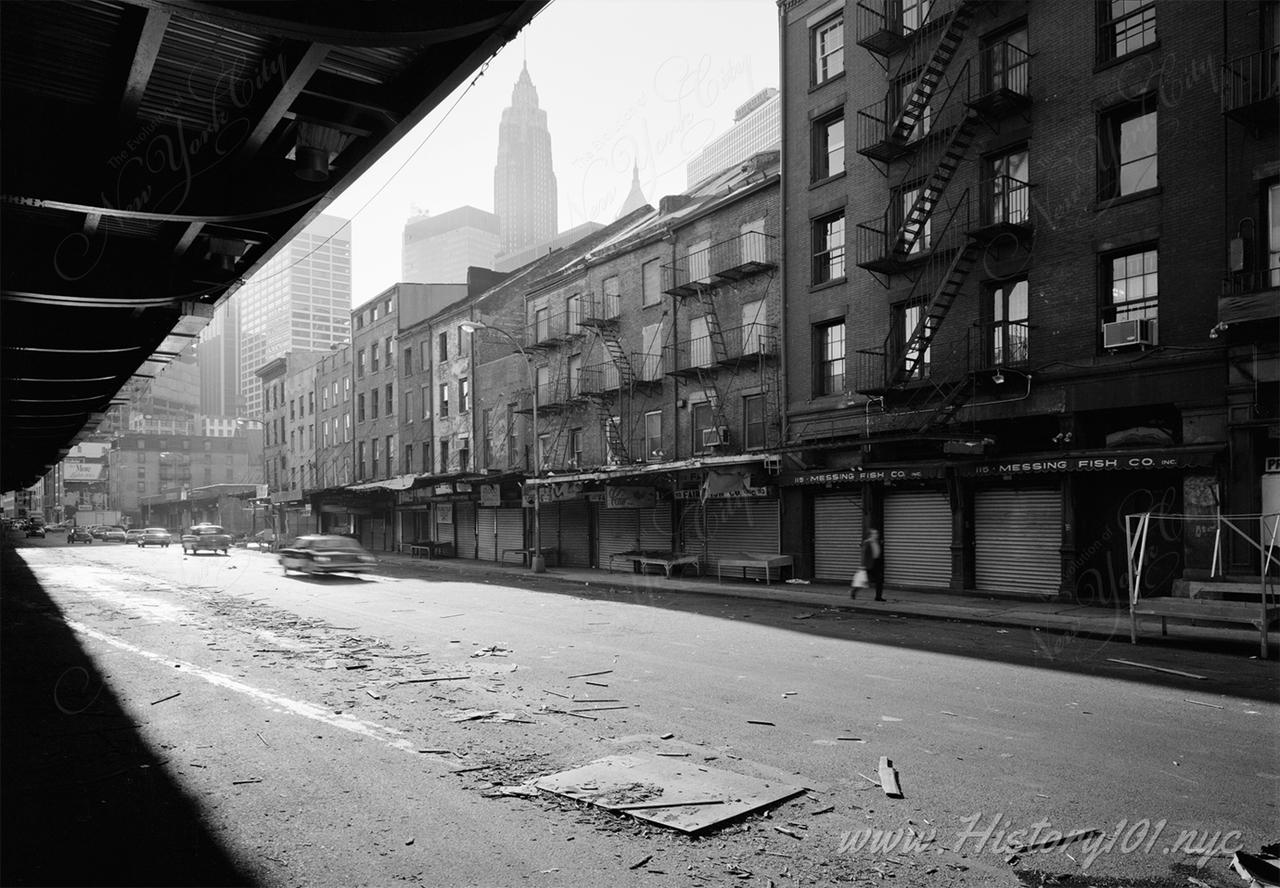 Photograph of traffic in South Street Seaport with the Woolworth Building visible in the background.