In the early 1970s a large movement of residents to the suburbs created a fiscal crisis in New York. Many residential buildings fell into disrepair, or lay in ruins throughout the city’s more marginalized neighborhoods where crime became an increasing concern. Despite its adversities, the city continues to make strides. The first NYC Marathon is run, making it the largest in the world. The West Village begins its annual tradition of the Halloween Parade and LGBT Pride March. The city adds staples such as B&H Photo, CBGB music club, Gray’s Papaya, and Times Square TKTS booth. 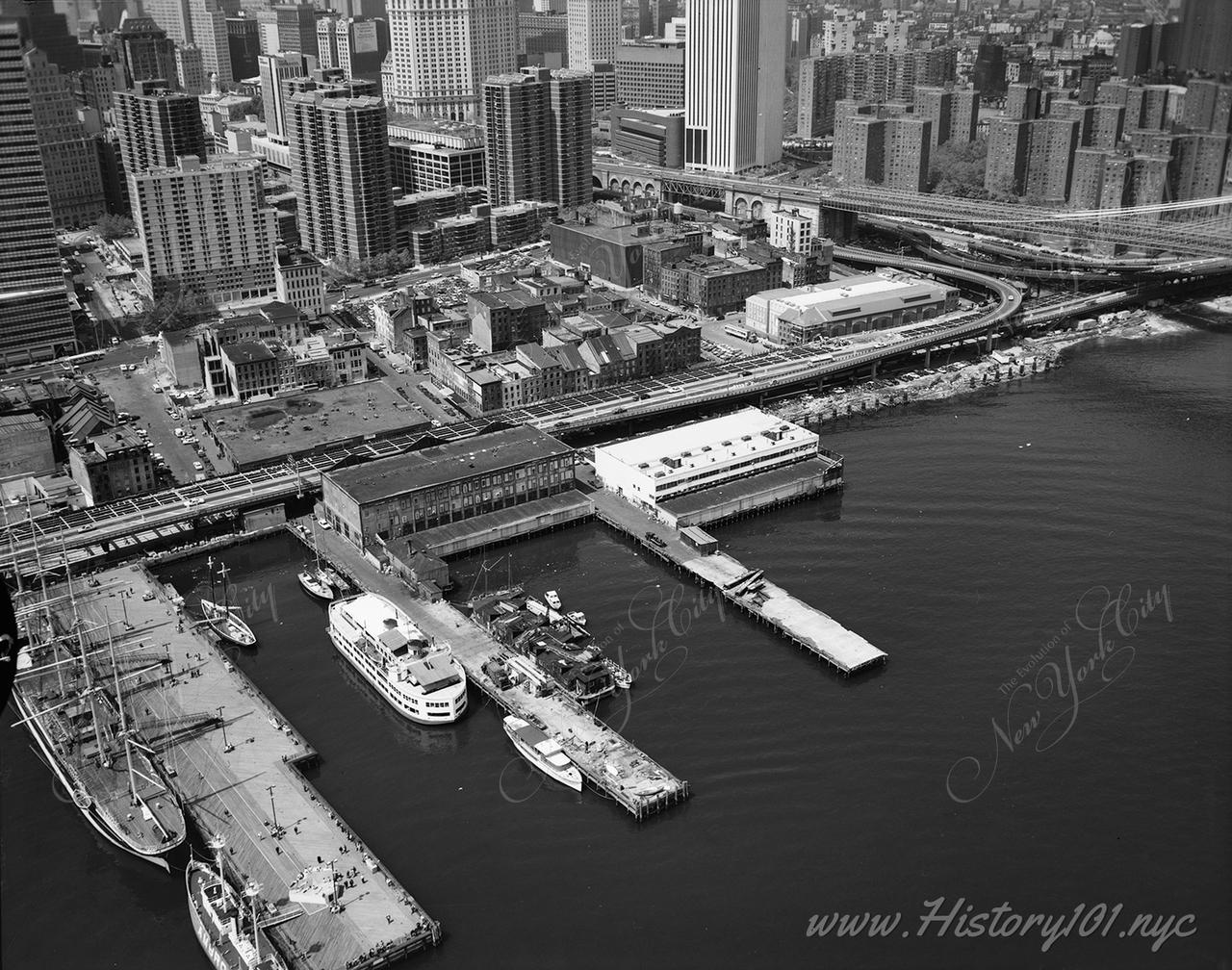 1974: South Street Seaport from Above 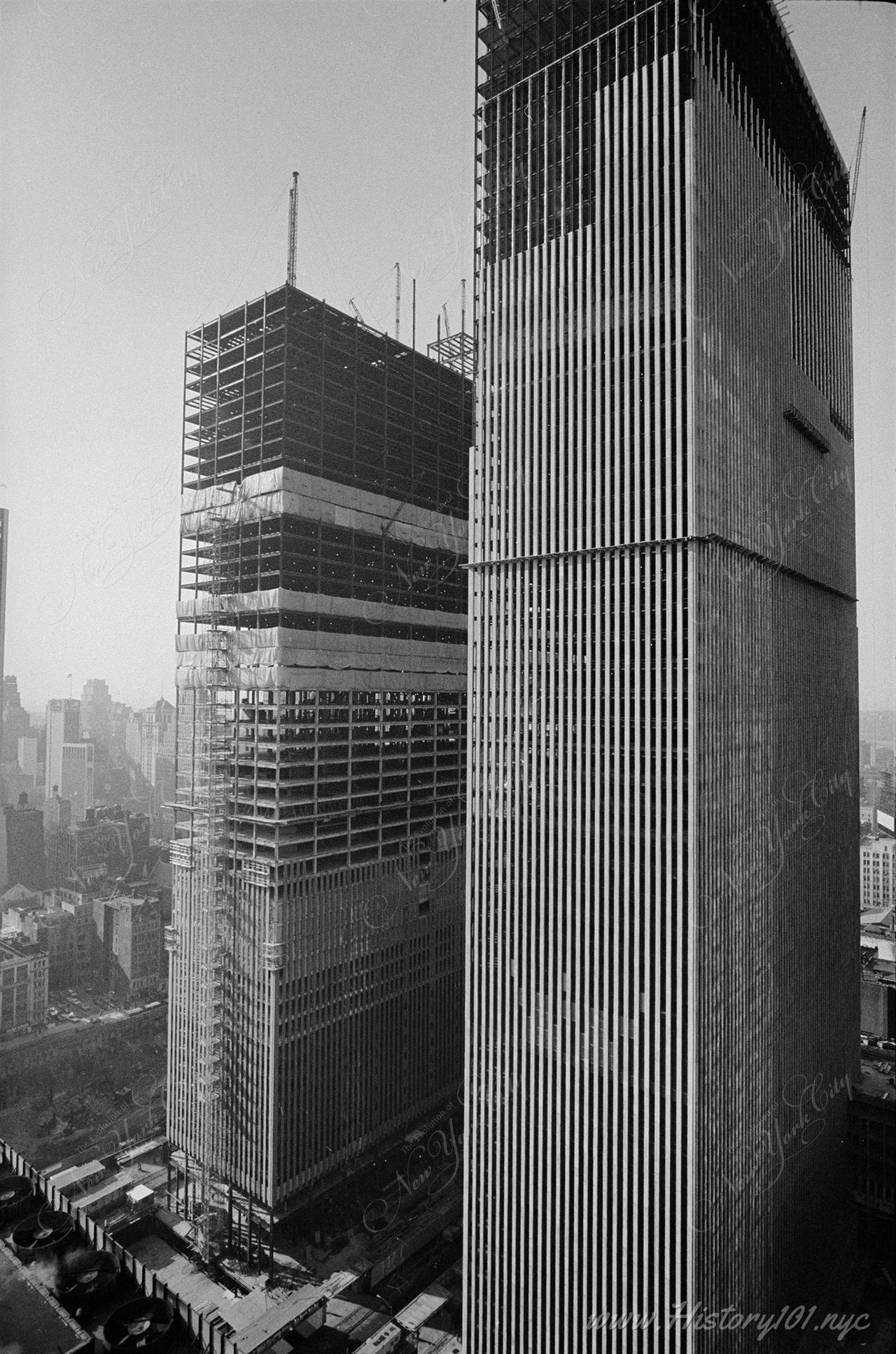 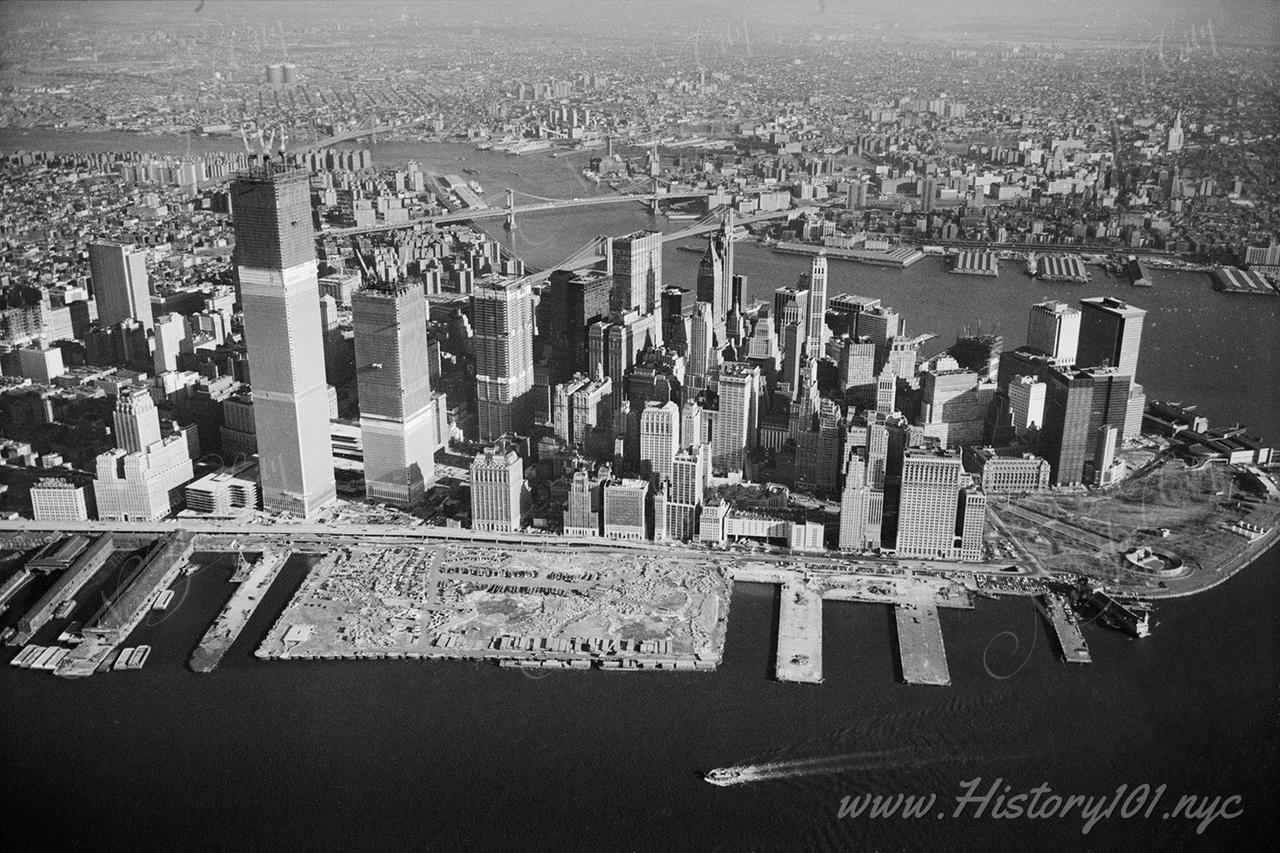 Overhead view of lower Manhattan with World Trade Center & other construction in progress. 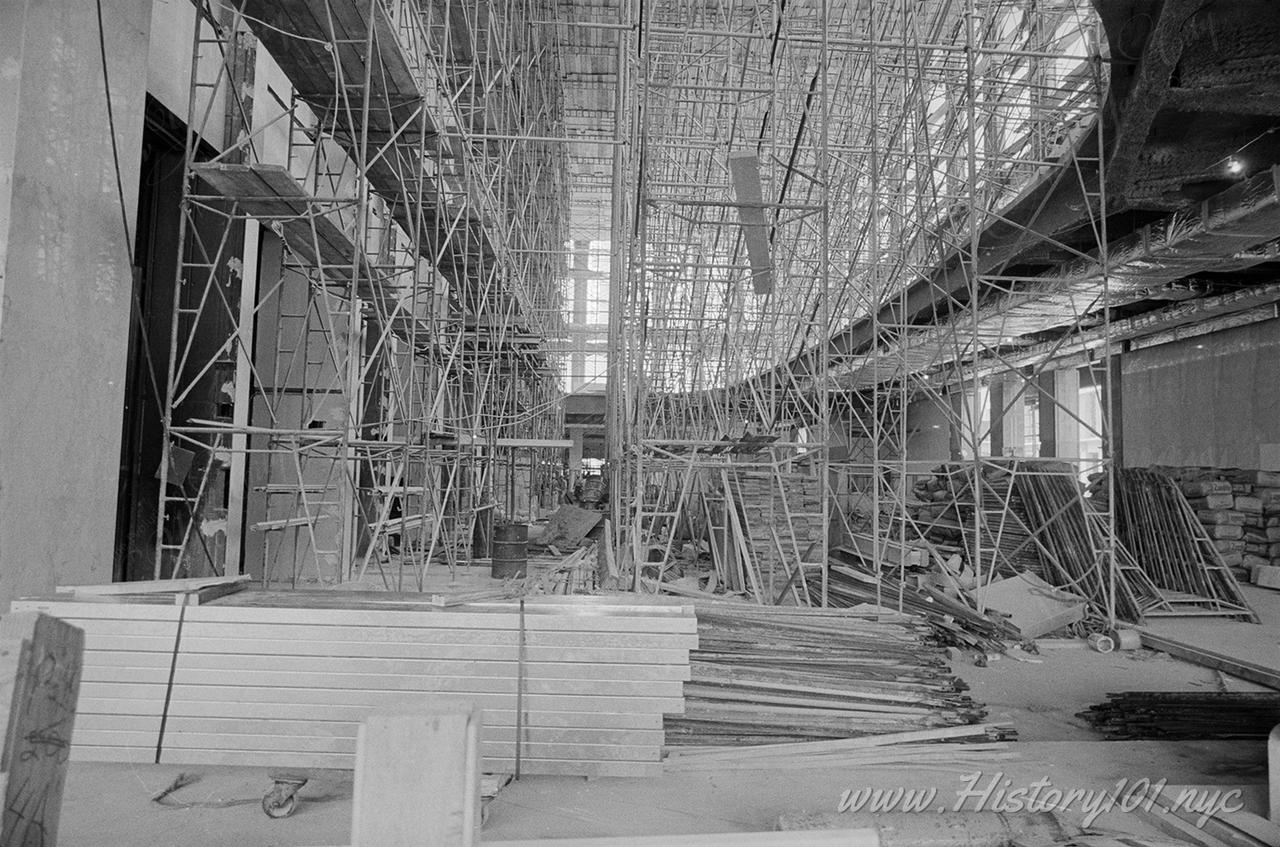 Photograph of the interior of the World Trade Center Lobby under construction. 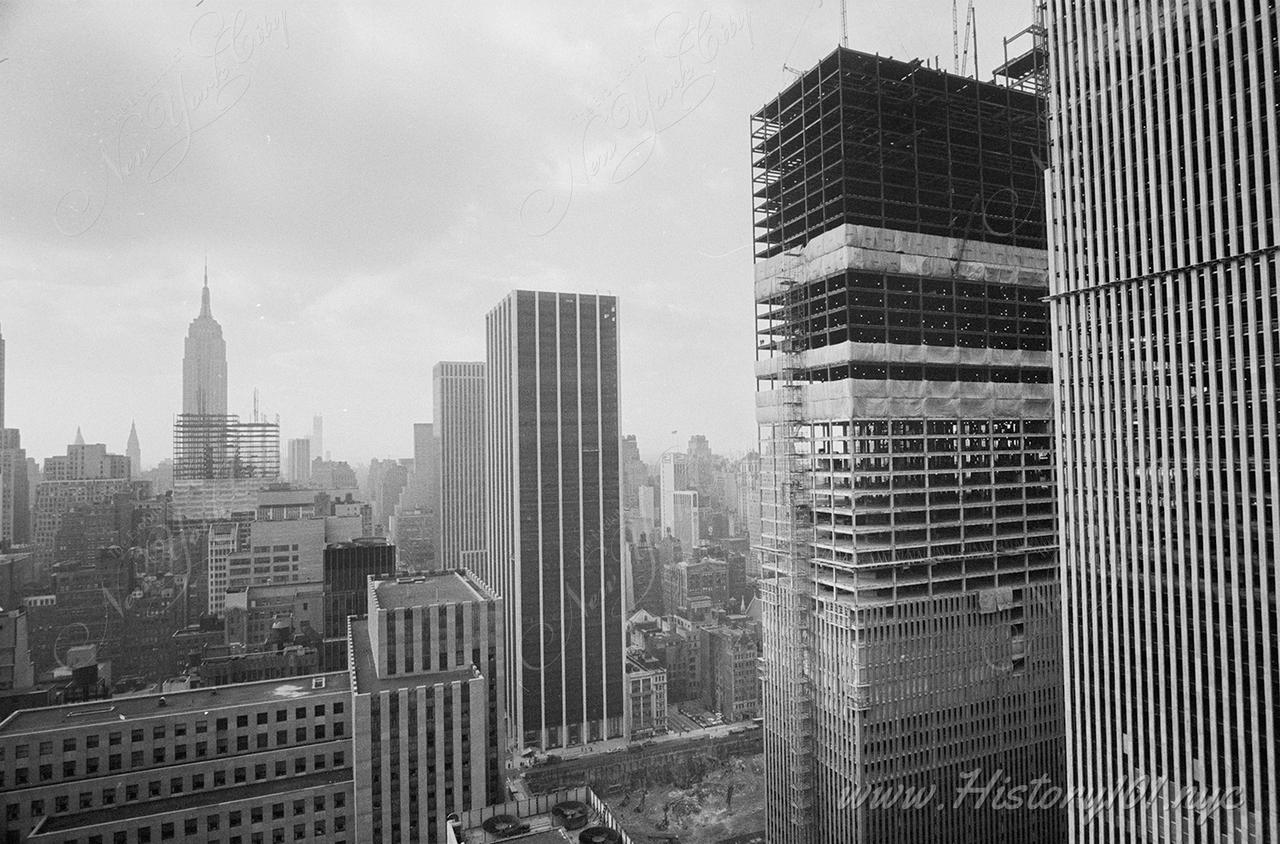 Elevated perspective of the McGraw Hill Building construction. The Empire State Building and midtown skyline are visible in the distance. 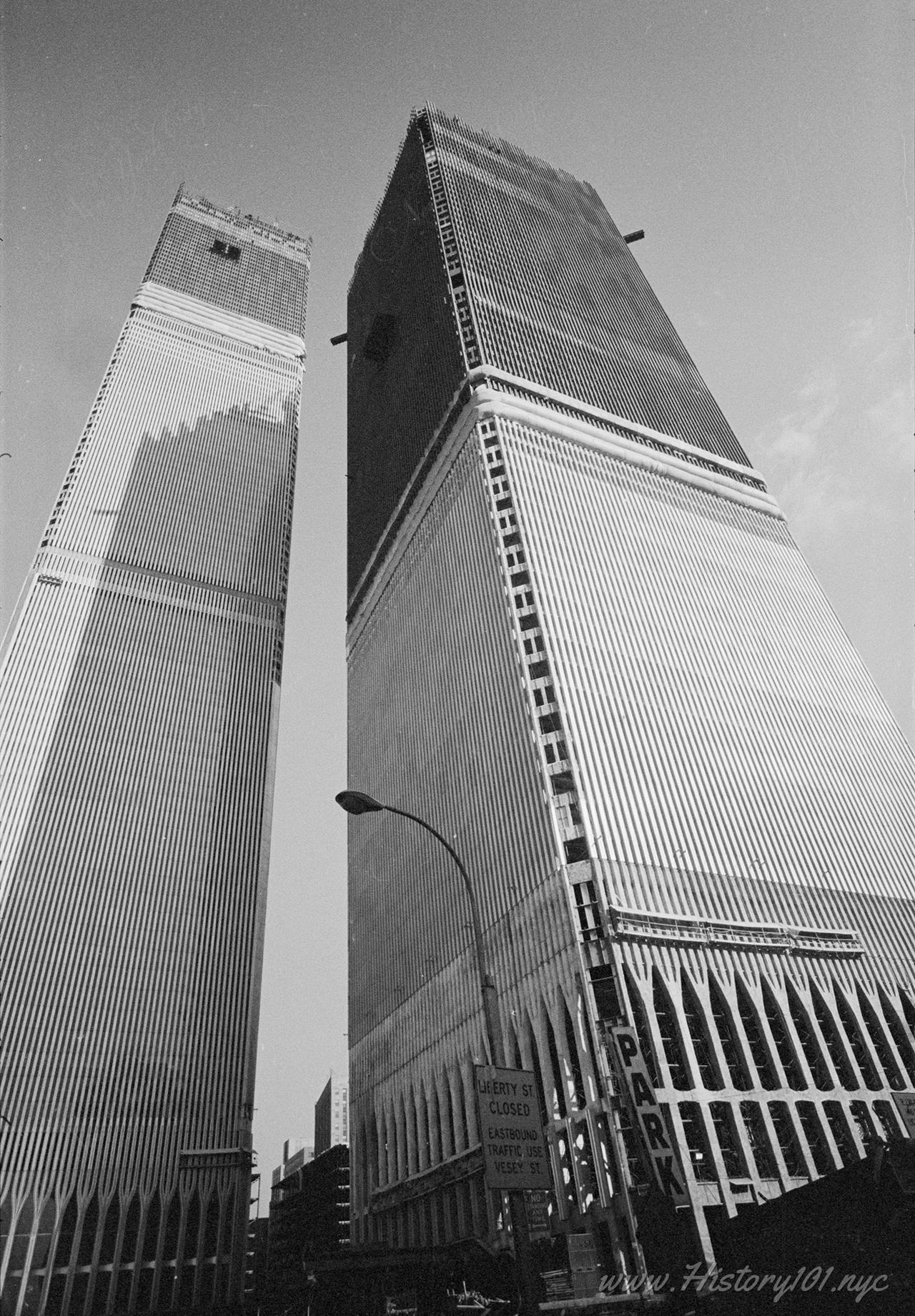 The construction of World Trade Center 1 and 2, colloquially known as the Twin Towers. 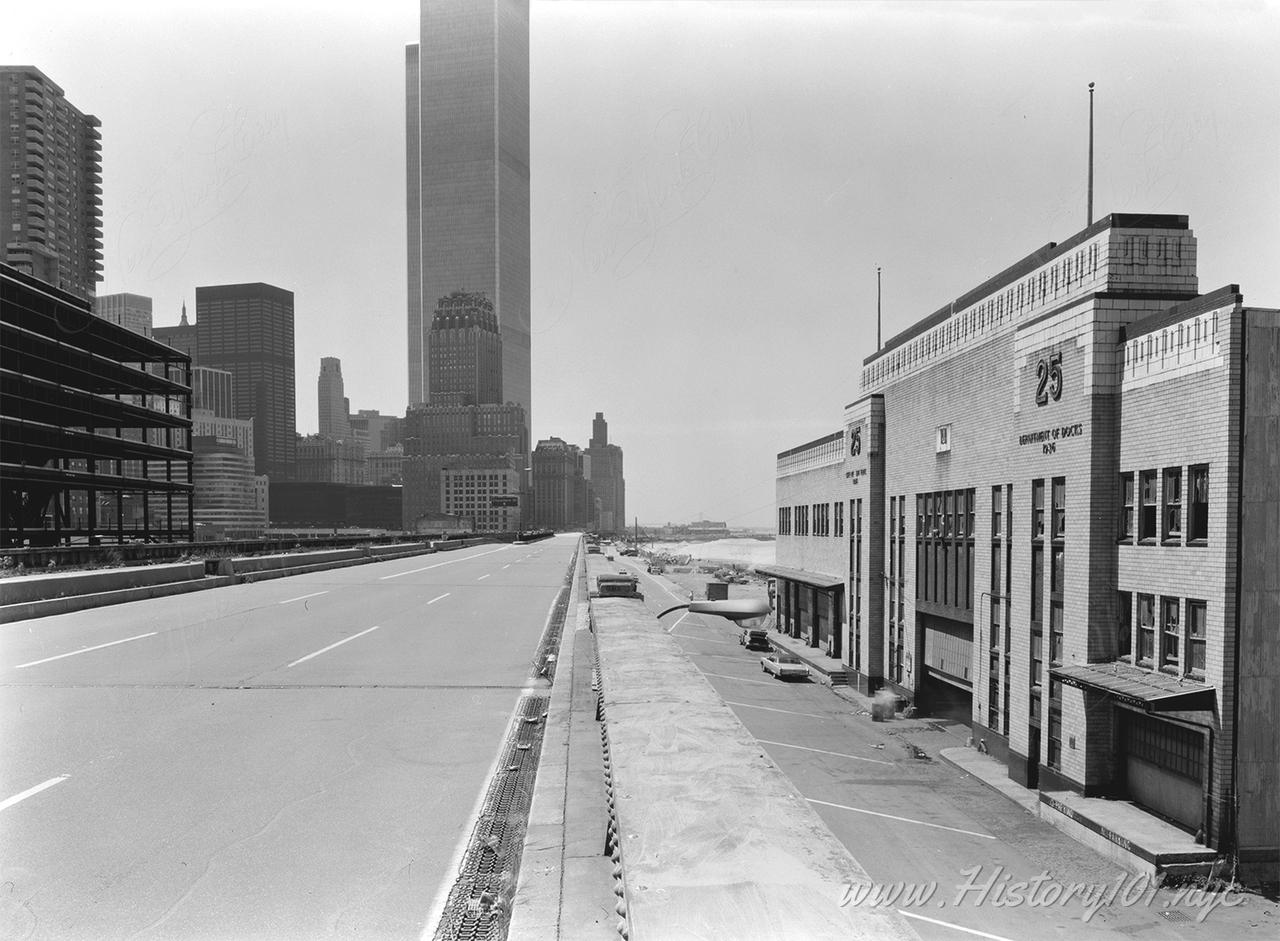 Photograph looking south on Westside Highway at Pier 25, with the World Trade Center visible in the distance. 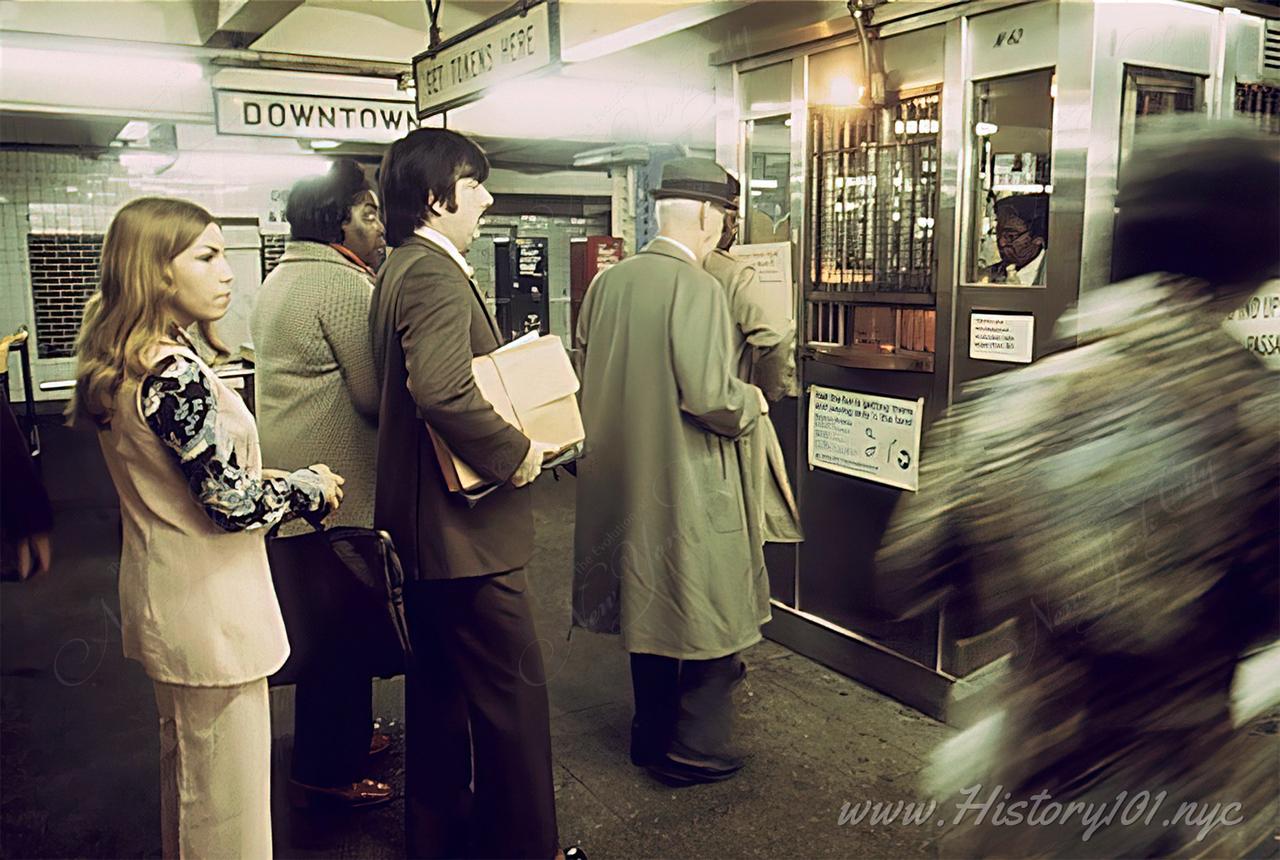 Photograph of passengers waiting in line to buy tokens at a subway station booth. 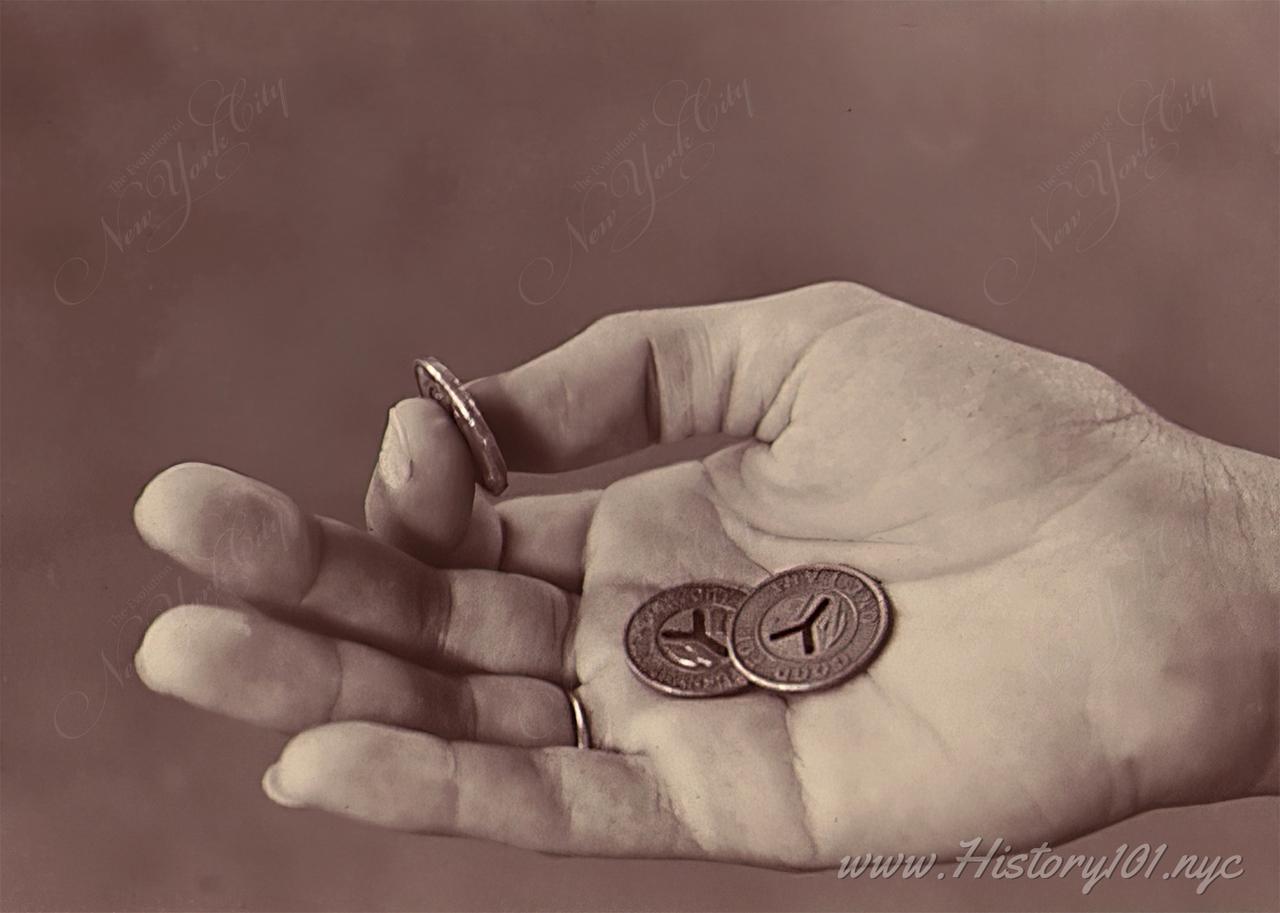 The first subway token change occurred in 1970 when the fare was raised to 30 cents and 50 million tokens were minted. 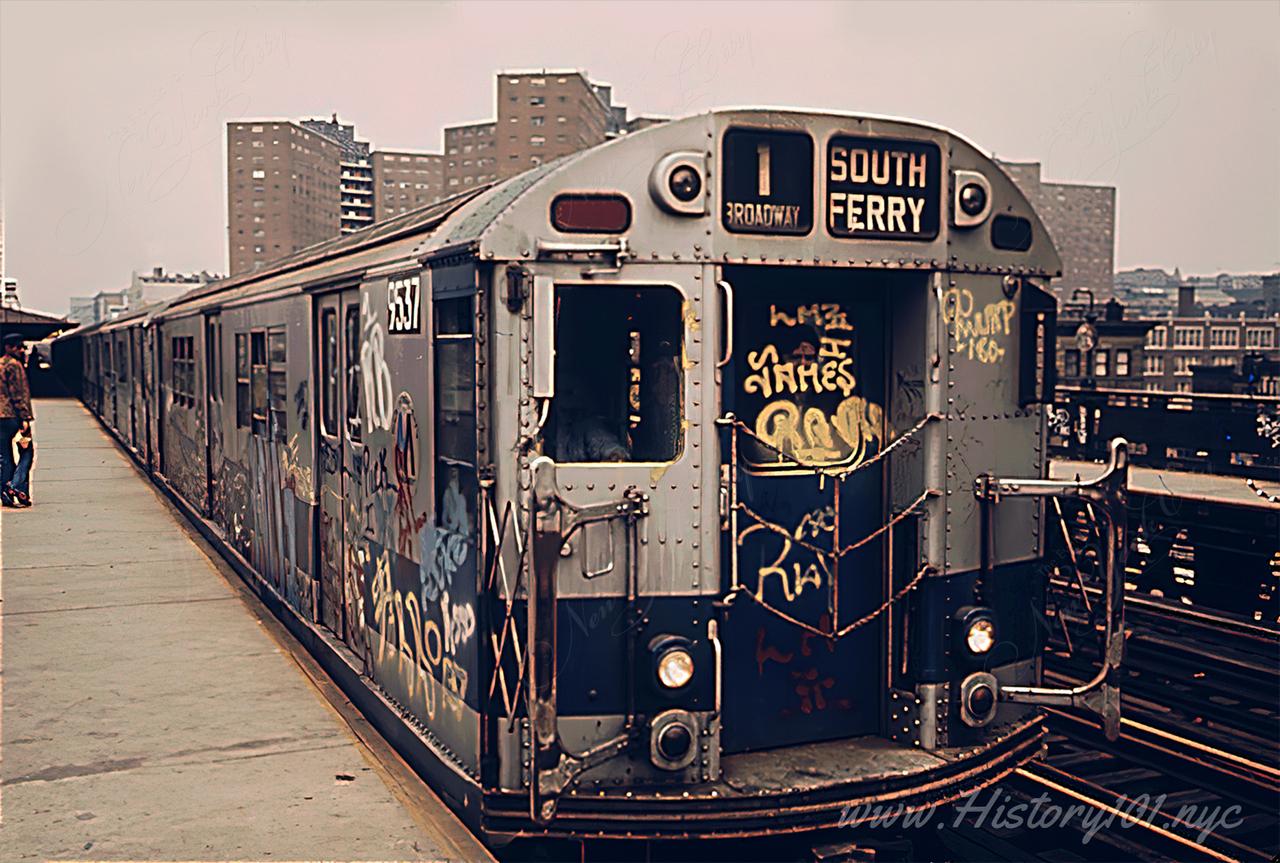 Photograph of a graffiti covered 1 Train at the 125th Street Station on its way to South Ferry. 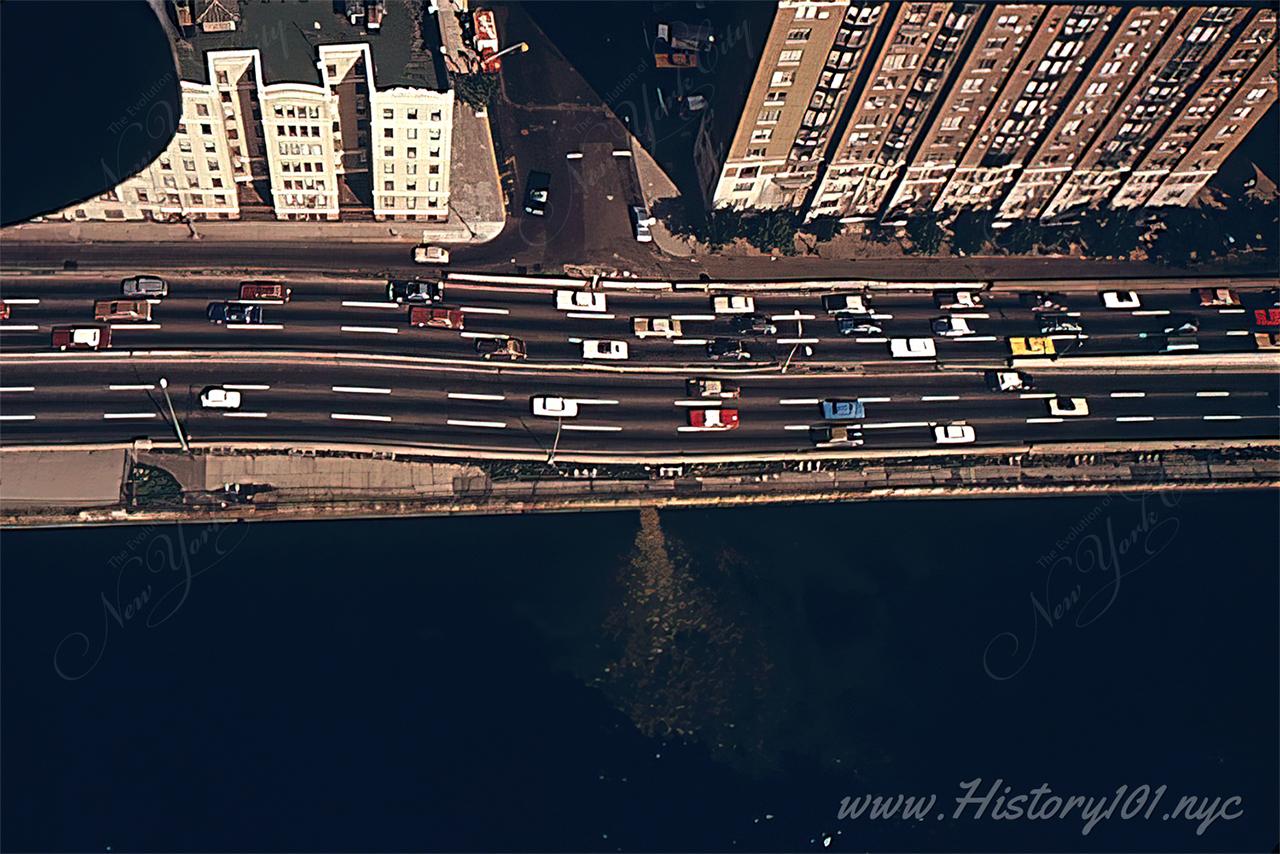 Aerial photograph of untreated sewage spilling into the East River along 79th Street and The FDR Drive. 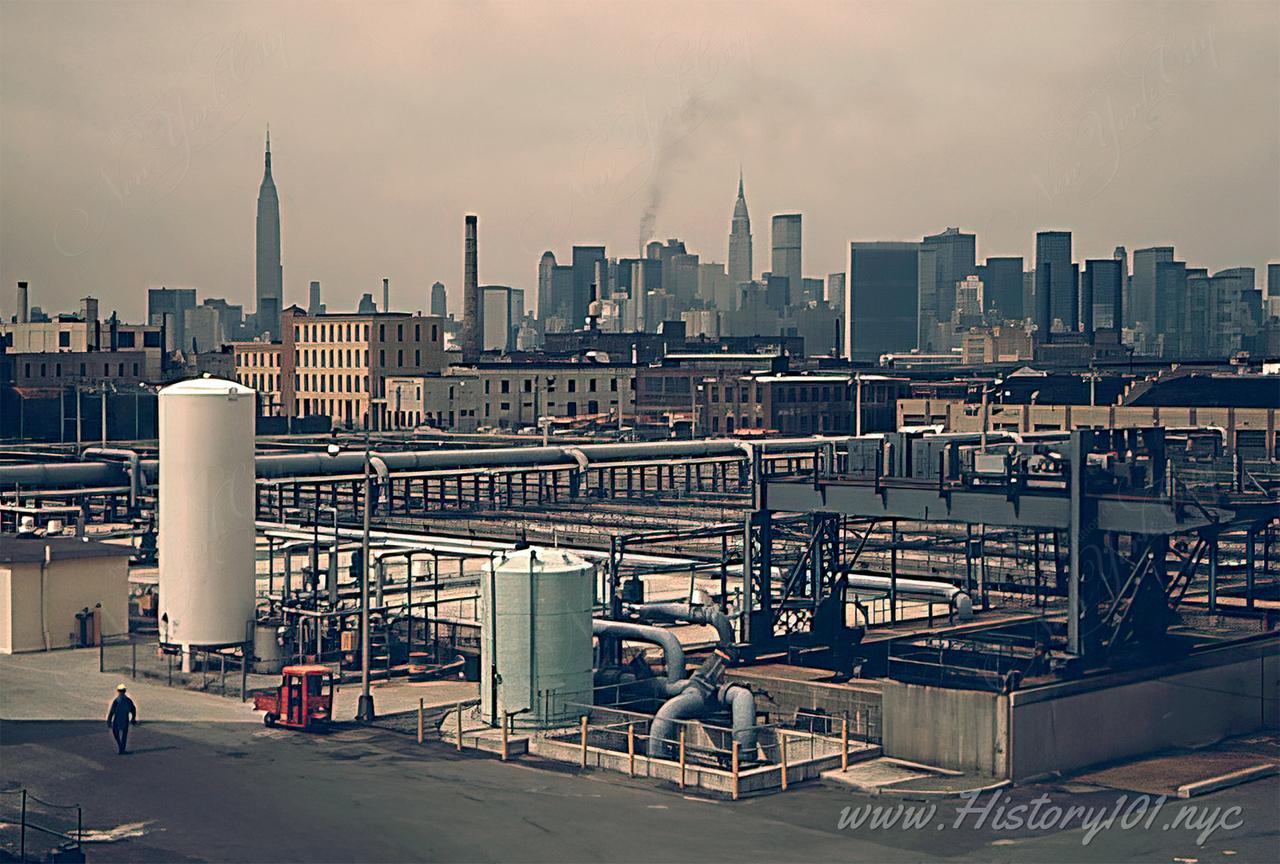 Photograph of the Newtown Creek Sewage Treatment Plant in Brooklyn, which began operation in 1967 and currently treats 18% of the City's wastewater. 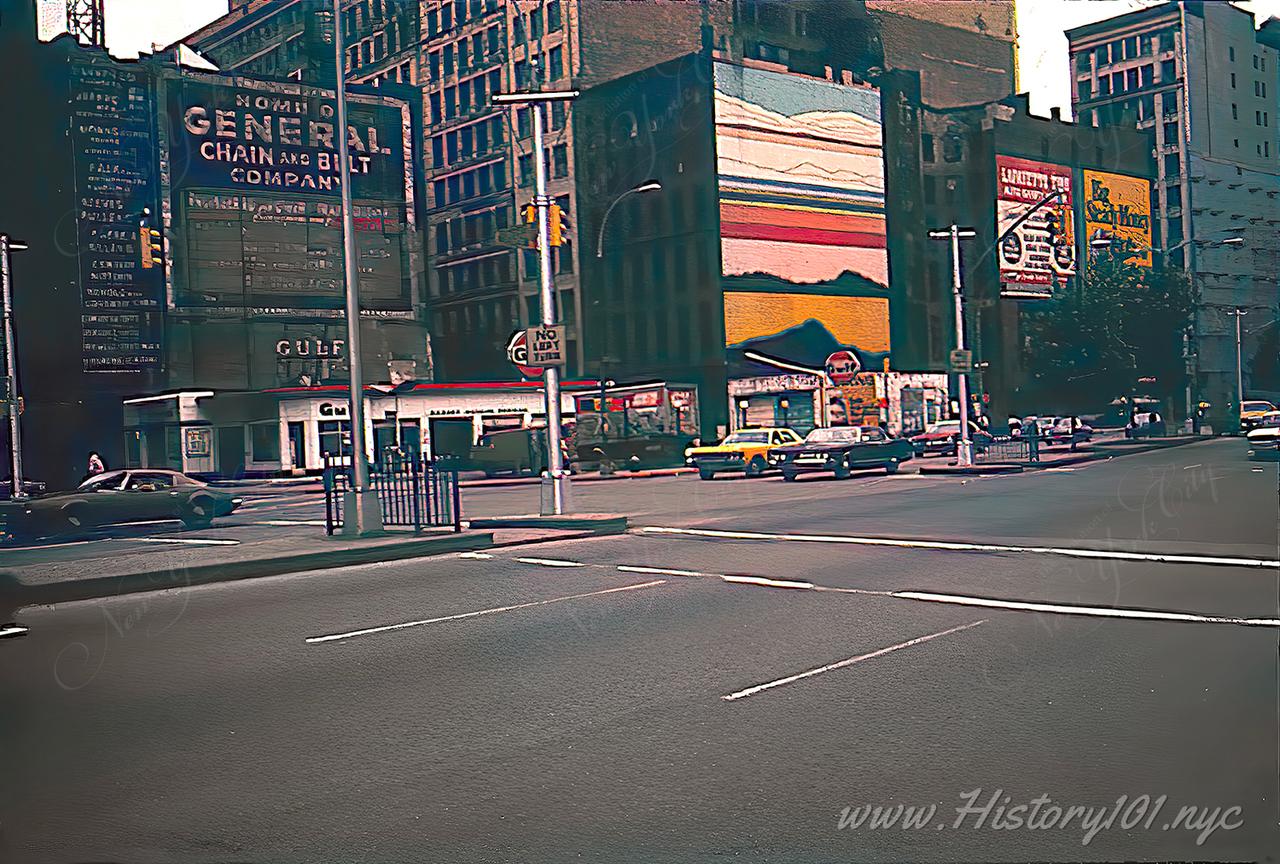 1974: Houston Street between Lafayette and Broadway

Photograph of wall paintings on Houston Street which would grace the backdrop of many films and mark the style of the era.

A truck driver sits through a traffic Jam in Herald Square.