History101.NYC is an ad-free learning resource available to the public at no charge. The project is dedicated to exploring New York’s fascinating past. We restore vintage photographs and prints that document the City's history and heritage. We also research the natural forces that shaped the environment, along with the people who formed the landscape and culture.

In the early 1970s a large movement of residents to the suburbs created a fiscal crisis in New York. Many residential buildings fell into disrepair, or lay in ruins throughout the city’s more marginalized neighborhoods where crime became an increasing concern. Despite its adversities, the city continues to make strides. The first NYC Marathon is run, making it the largest in the world. The West Village begins its annual tradition of the Halloween Parade and LGBT Pride March. The city adds staples such as B&H Photo, CBGB music club, Gray’s Papaya, and Times Square TKTS booth.

Click Here to View All 20 Images on One Page 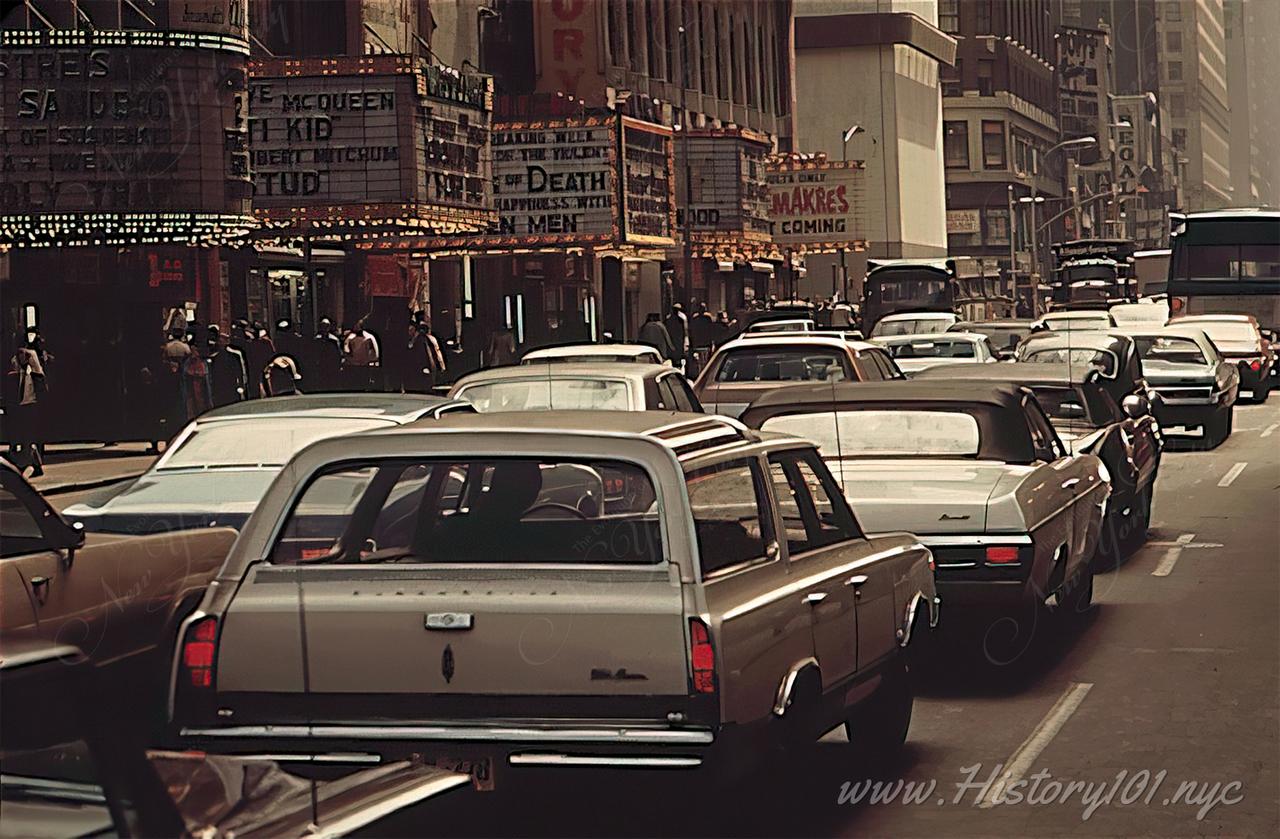 Photograph of gridlock traffic in the heart of Midtown Manhattan, on 42nd Street between 7th and 8th Avenues. 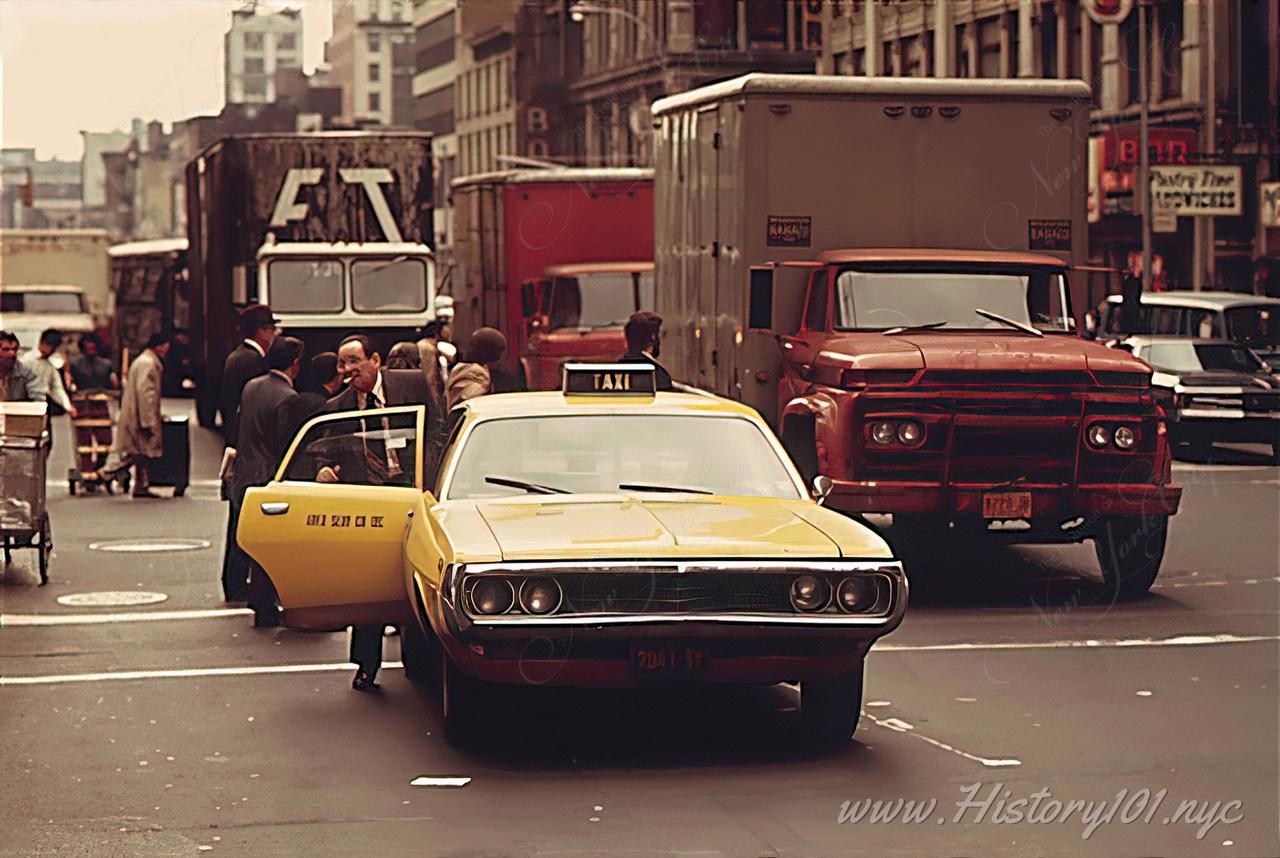 Photograph of a Manhattan taxi driver picking up a fare. By 1973 the city had over 1,700 active cabs. 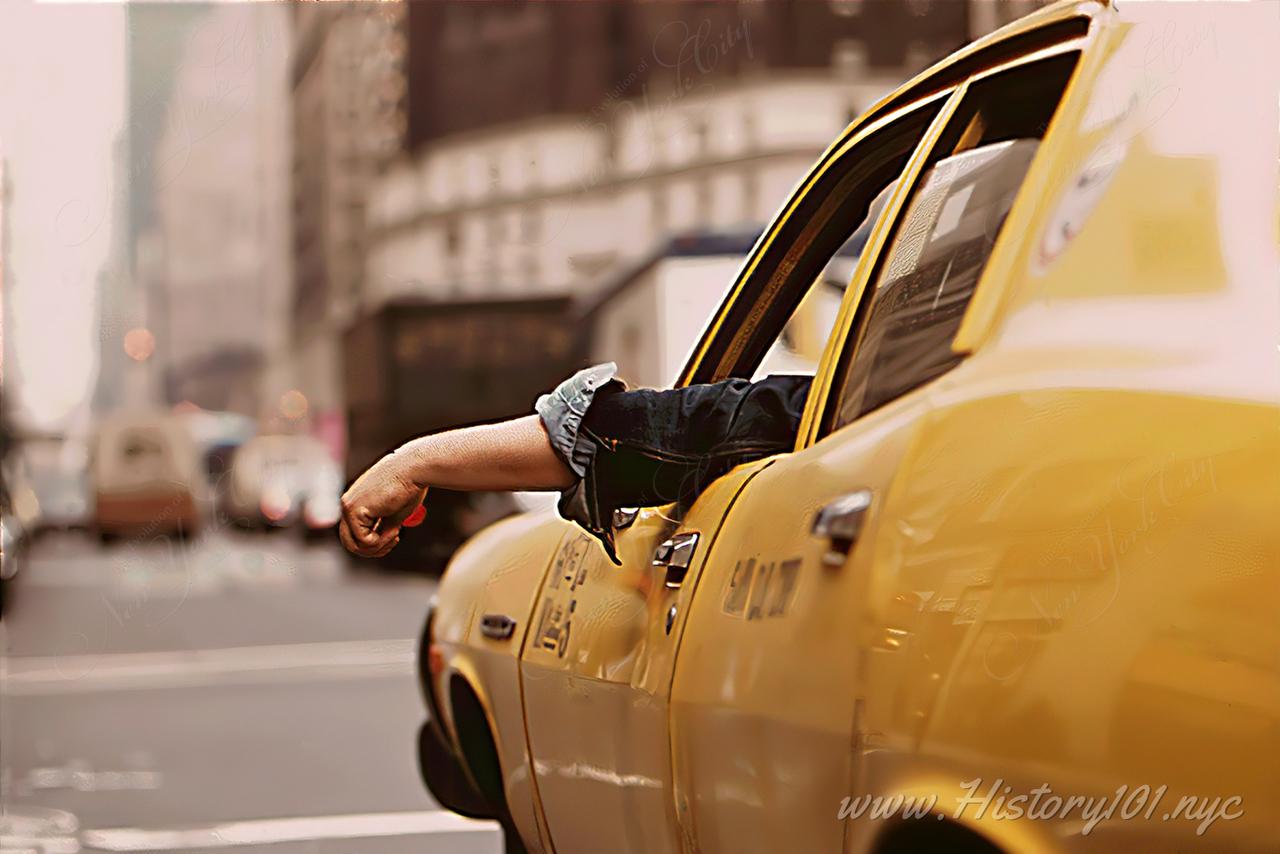 Photograph of a taxi driver with his arm hanging outside the window in Downtown Manhattan traffic. 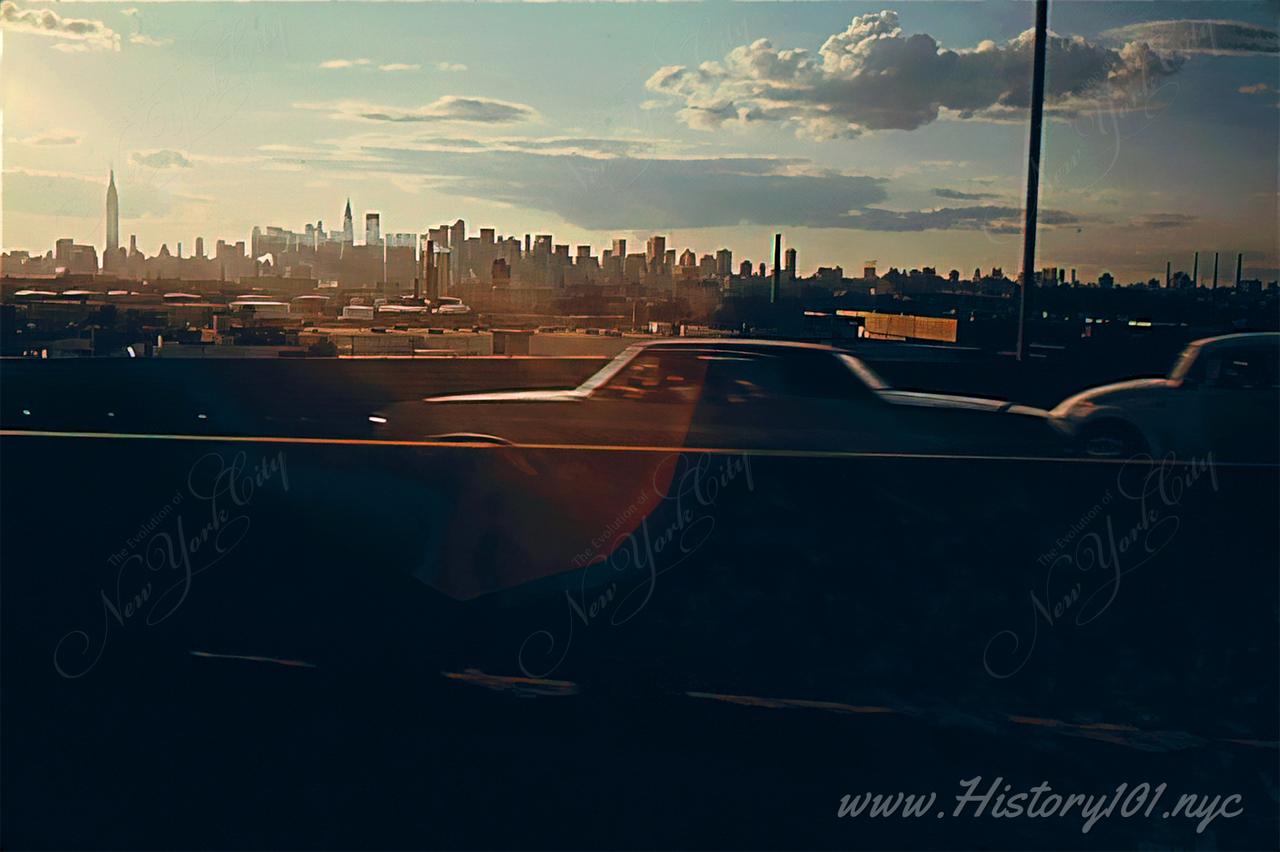 1974: Manhattan Skyline from The BQE

Photograph of a sun-drenched Manhattan skyline, taken from the Brooklyn Queens Expressway. 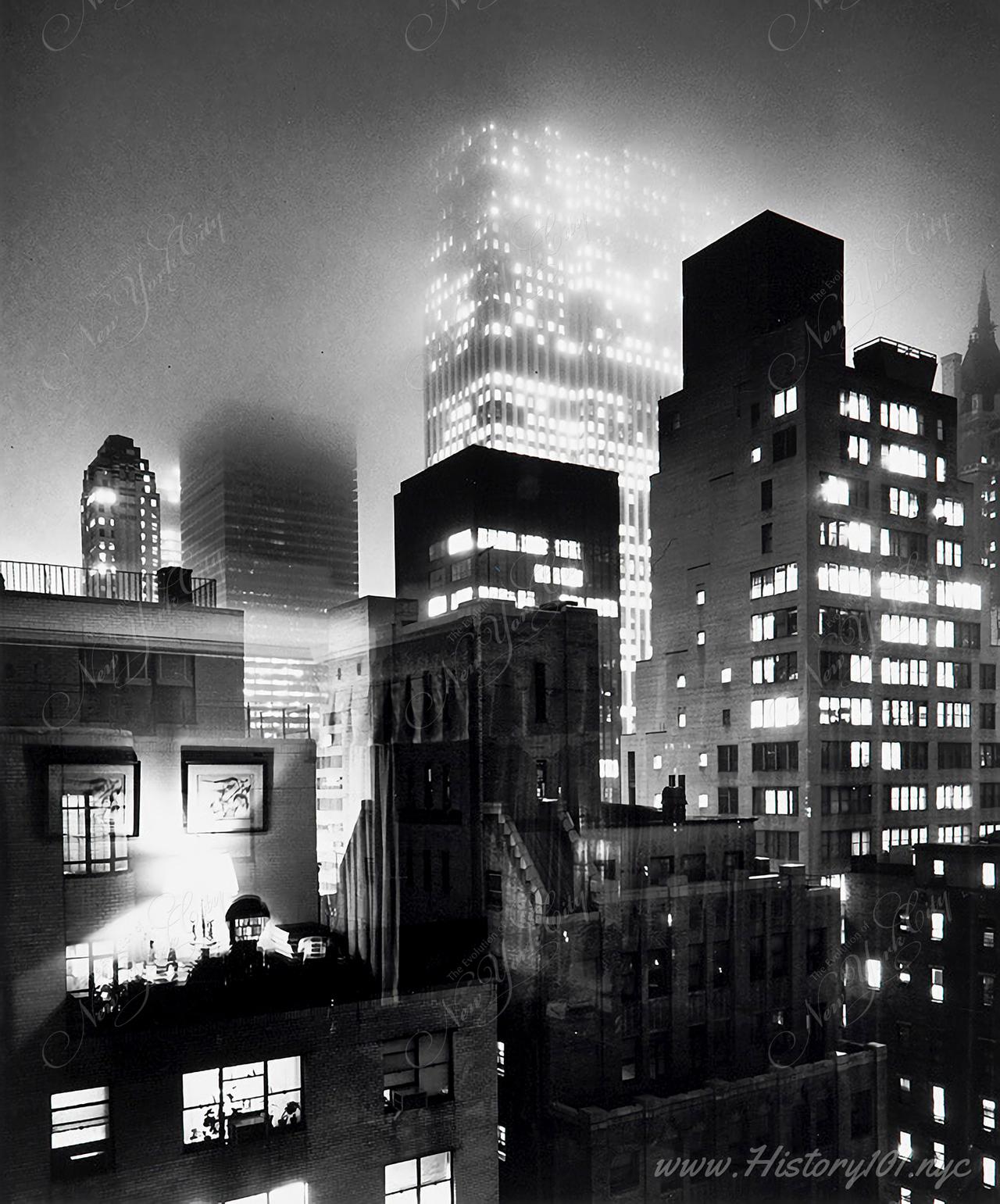 1975: View Through a Park Avenue Window

A nocturnal cityscape of skyscrapers and lights captured through an open window on Park Avenue.

Artist Credit: Balthazar Korab. Reprinted with permission. Library of Congress
← Previous 1 2 Next →
Click Here to View All 20 Images on One Page ↑ Go Back to Top

All of the misfortune and poverty of the early 1970's would come to a head in the latter part of the decade. The city faced its darkest hours as it continued to deteriorate into... Continue Reading