In the latter half of the 1980’s New York City was working hard to recover from the decay of the 70’s. It would take some time for the economic boom of this period to catch up with the streets, still scarred and littered with rubble. Crime would continue to dominate headlines as citizens and high profile celebrities alike dealt with the harsh reality of life. The subway would continue to play an important role in the city’s development, becoming both a system of transit and mobile galleries as local artists would treat train wagons as their canvases. Despite, or perhaps even because of the hardships, this gritty period would also be defined by great stride in arts, culture and the overall style and fashio nof being a New Yorker. 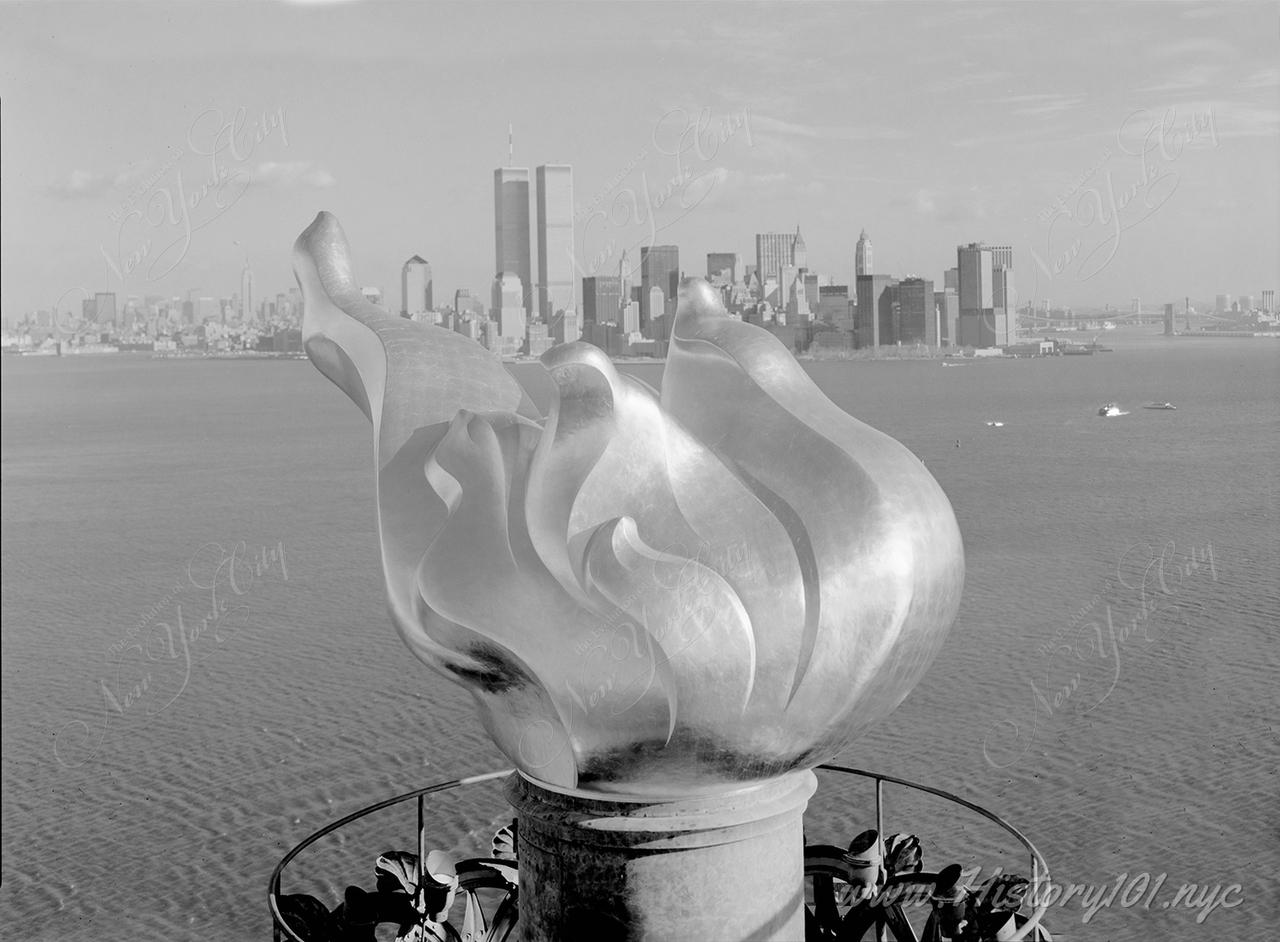 Photograph taken from the Statue of Liberty shows a recently renovated torch with lower Manhattan's skyline in the background. 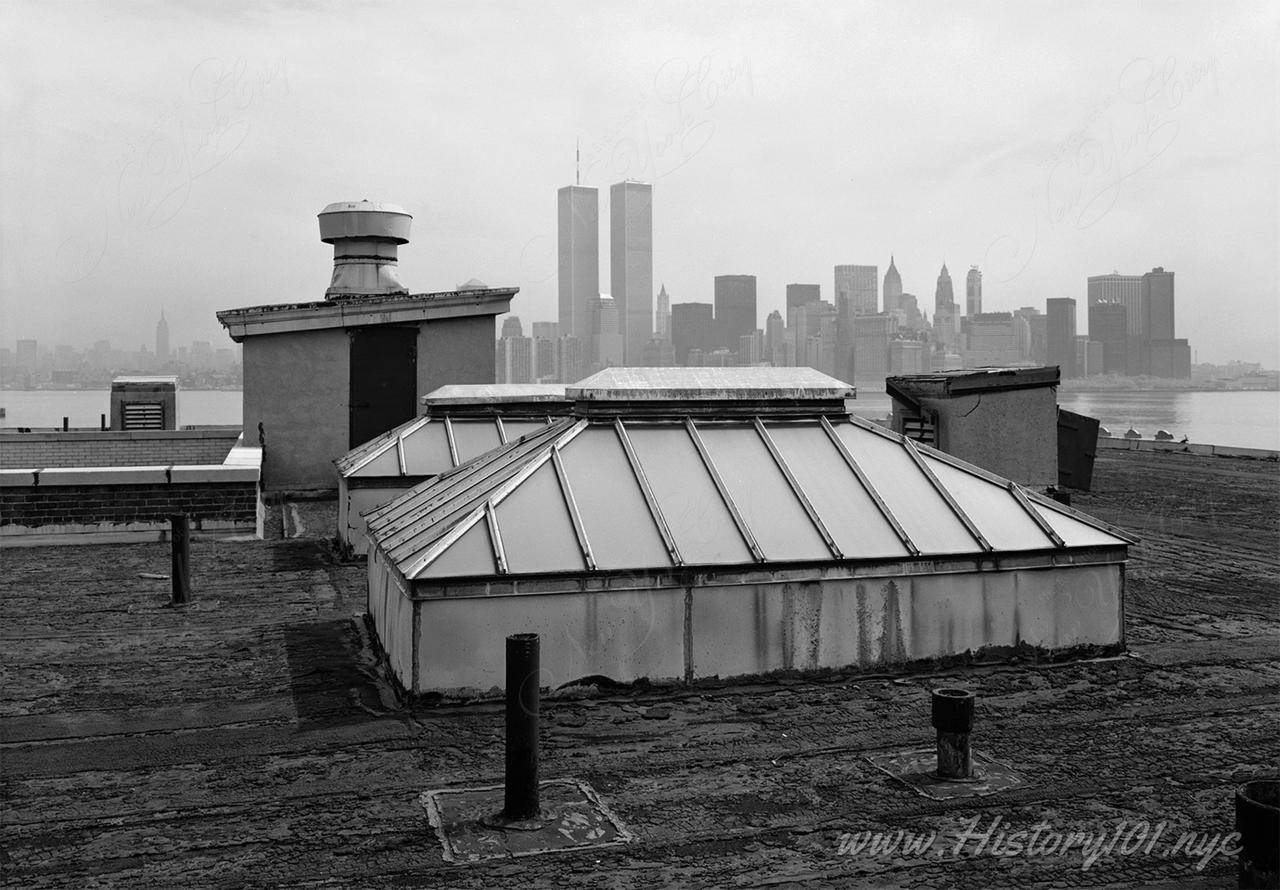 Photograph taken from the rooftop of Ellis Island Baggage and Dormitory Building, shows downtown Manhattan skyline in the background. 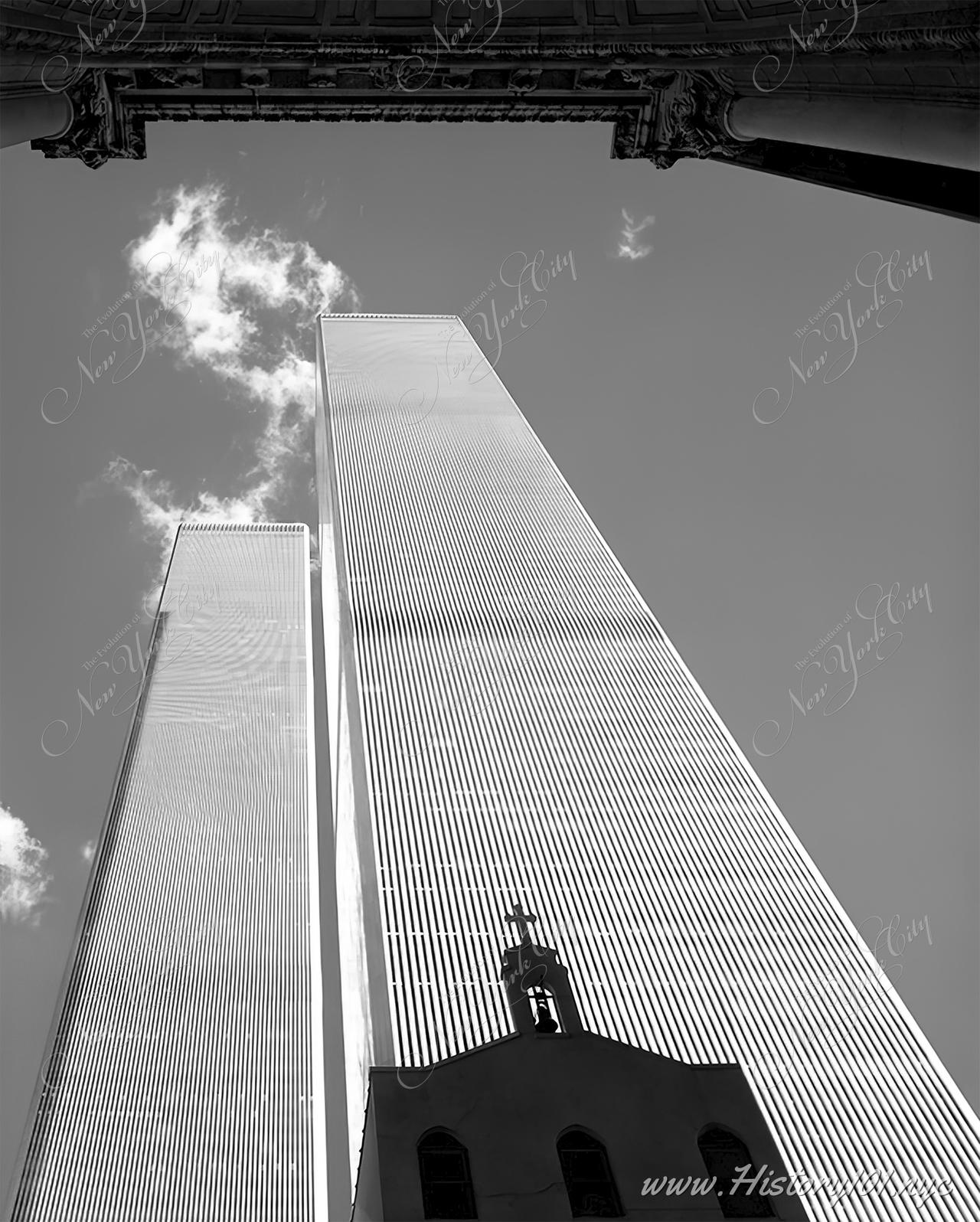 Photograph of the World Trade Center's Twin Towers with the silhouette of Saint Nicholas Orthodox Church in the foreground. 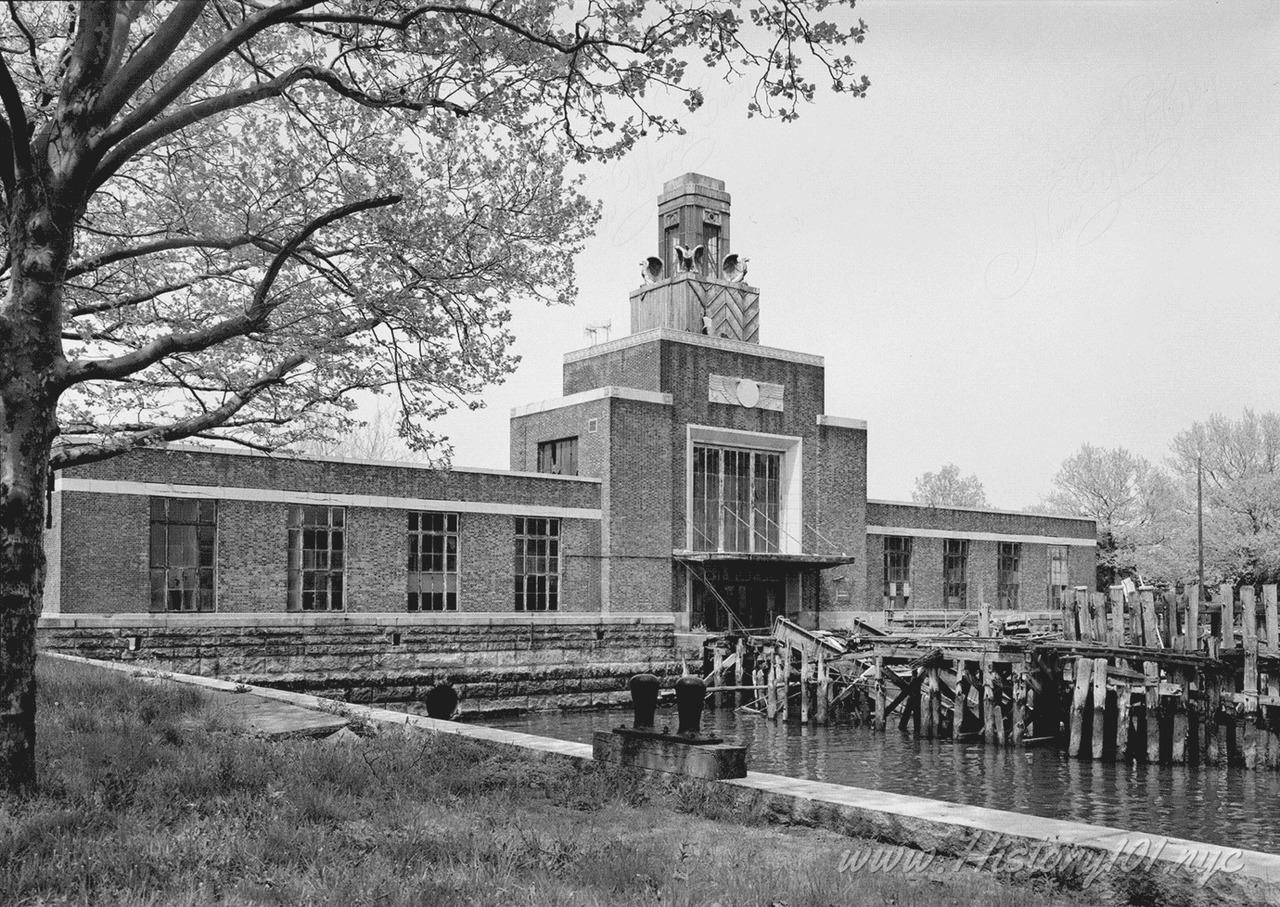 Photograph of Ellis Island Ferry Building on the New York Harbor, taken from the south. 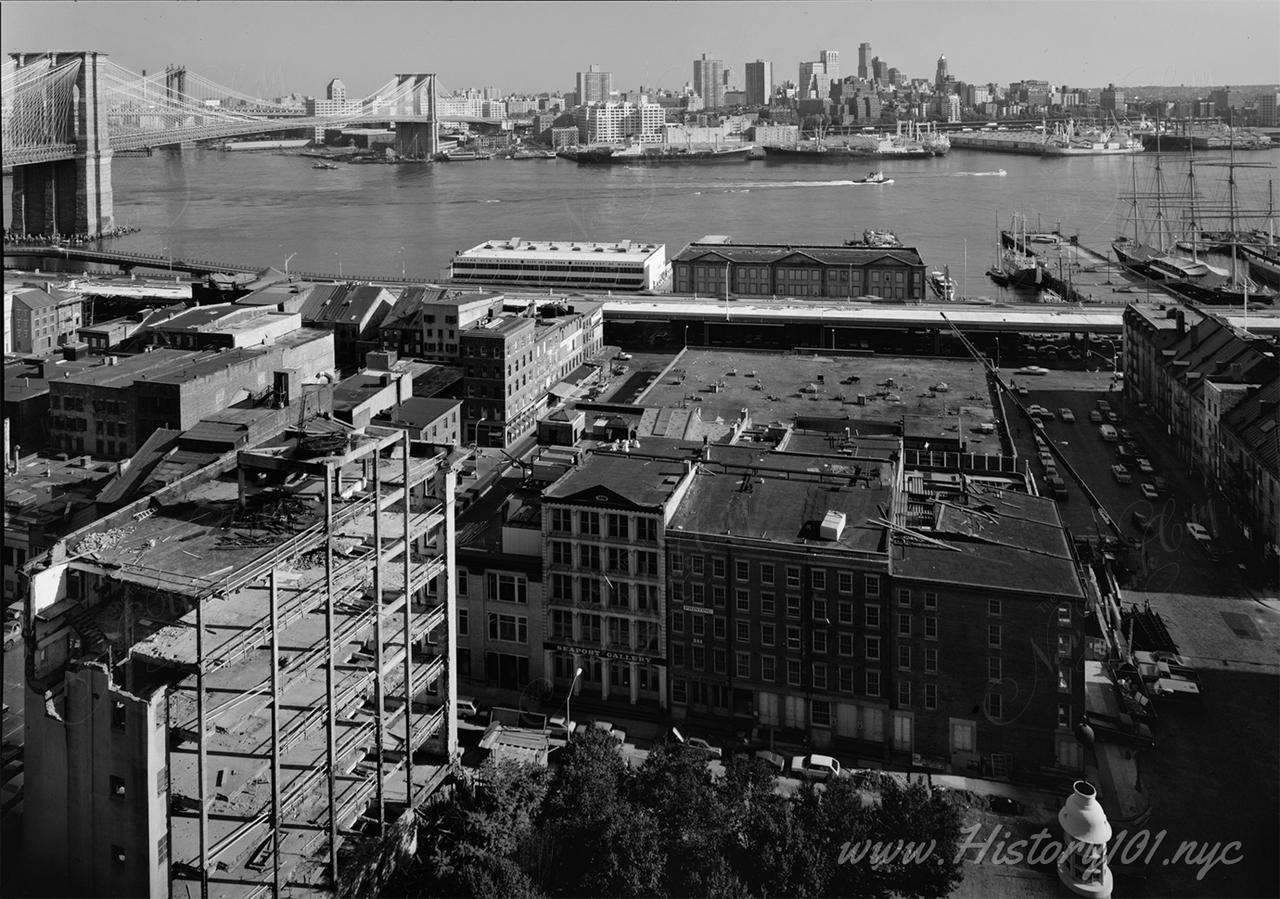 Constructed as an unified group in 1835-36, these three brick buildings are examples of the Greek Revival commercial style. Recently restored, these buildings are now part of the South Street Seaport Museum. 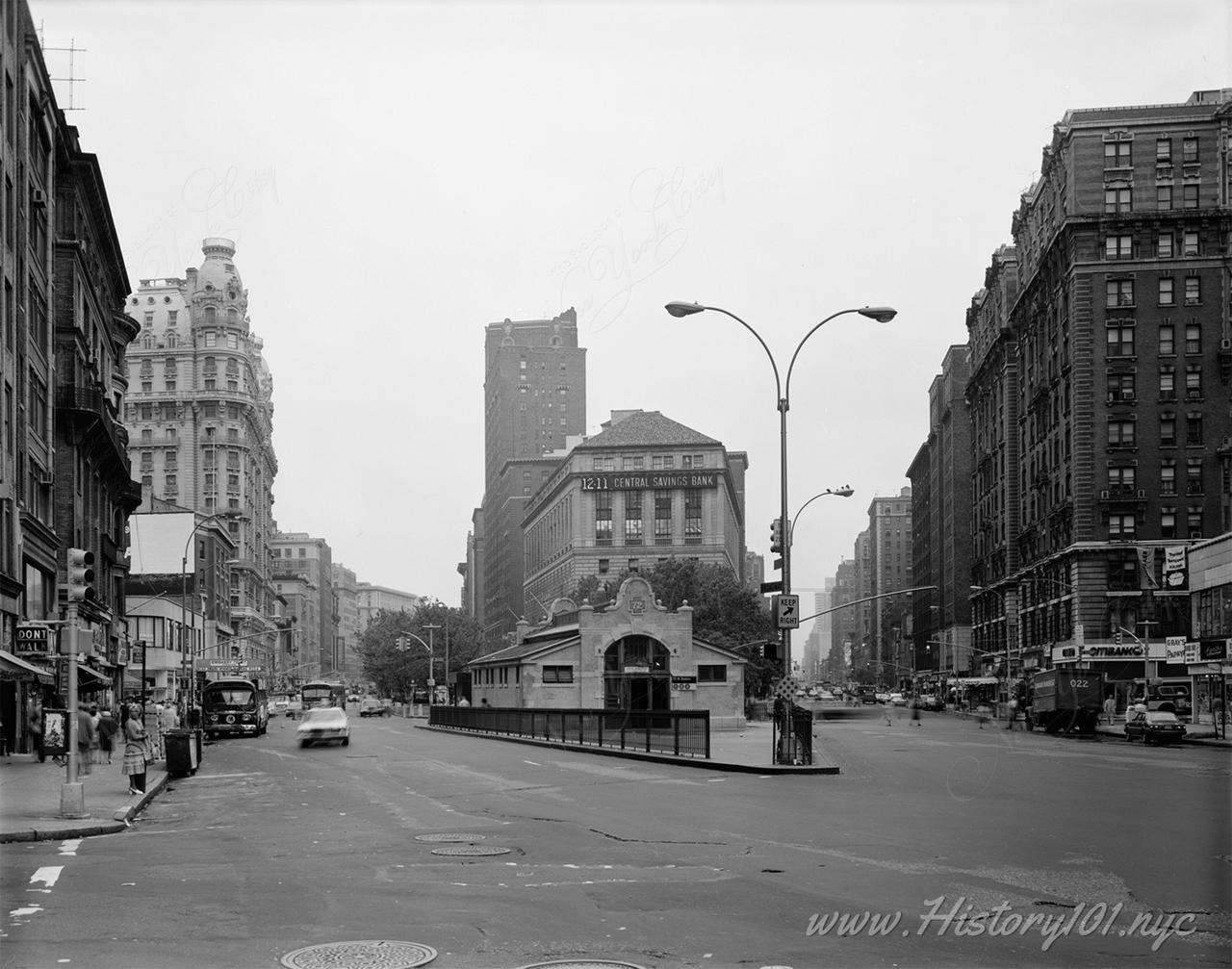 Photograph of the subway station at 71st Street and Broadway for Interborough Rapid Transit (Original Line). 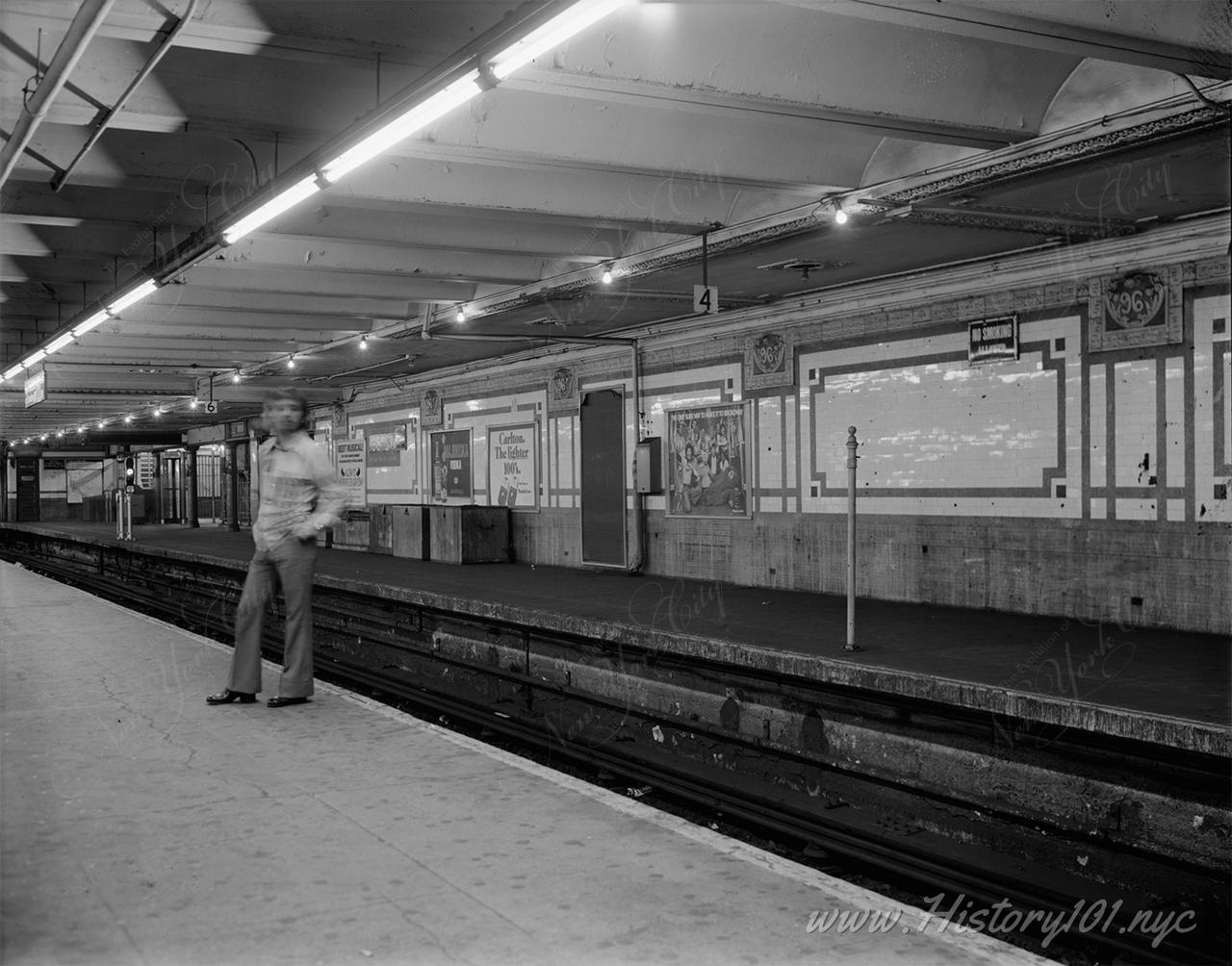 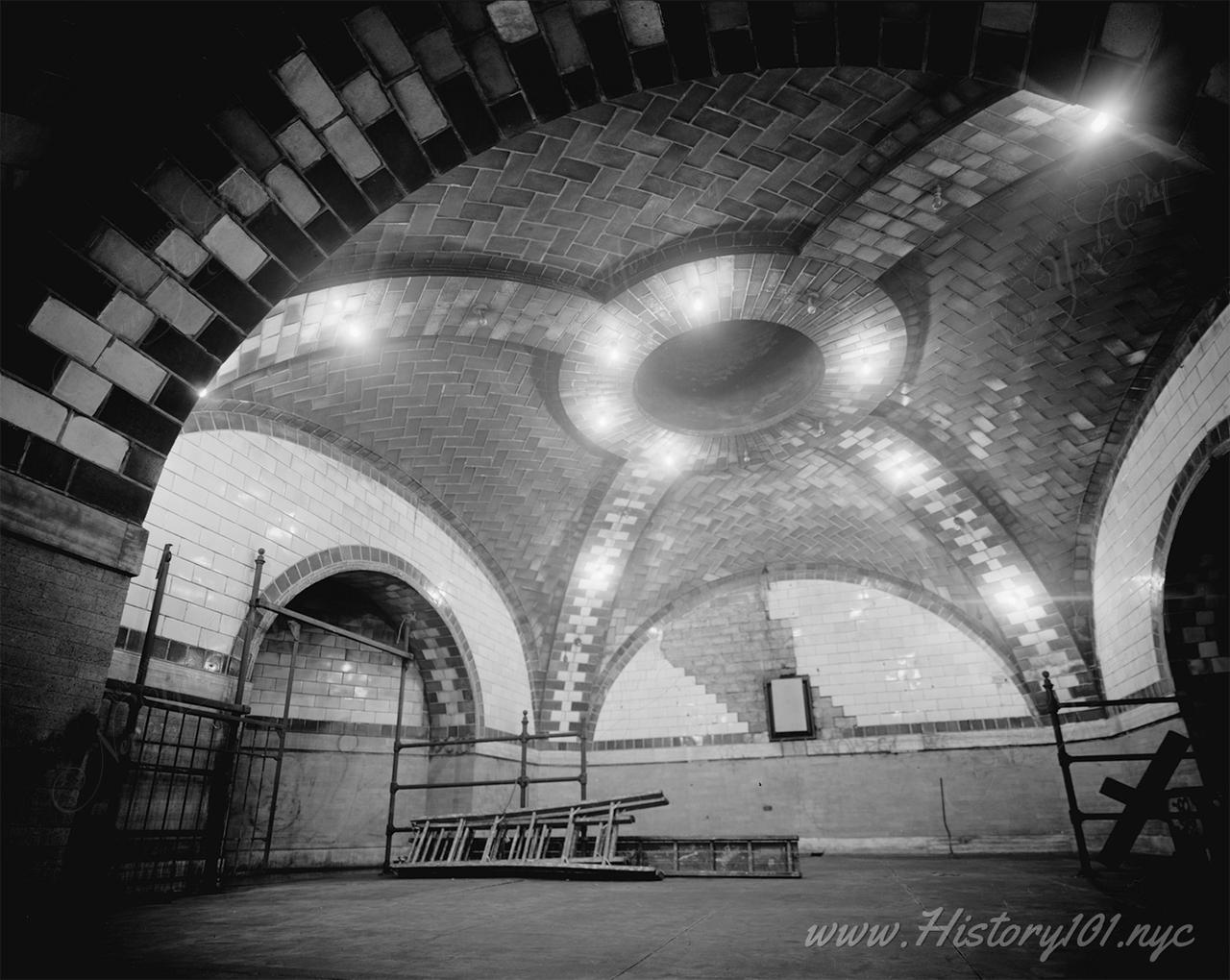 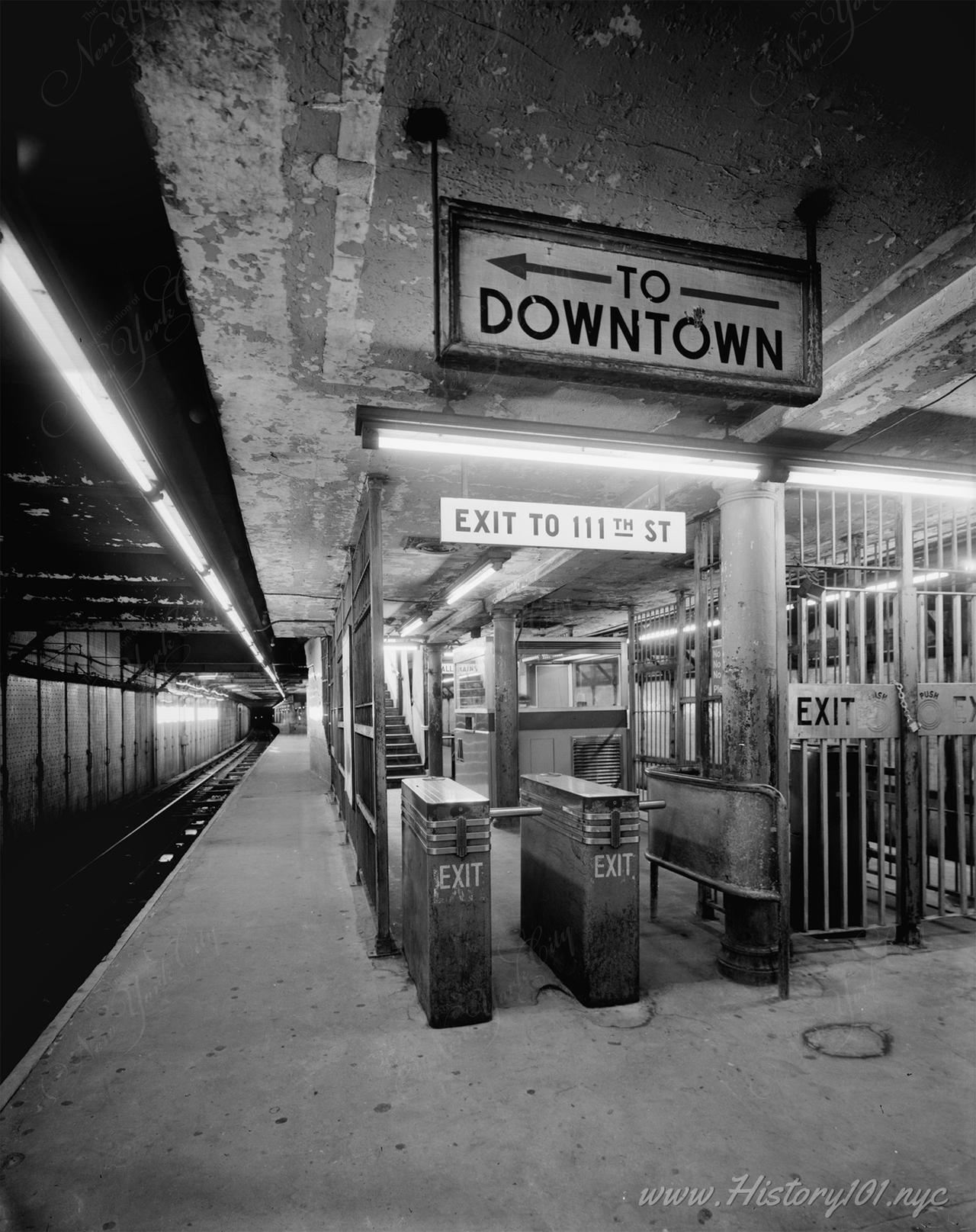 Photograph of the 110th Street and Lenox Avenue Station platform and control area. 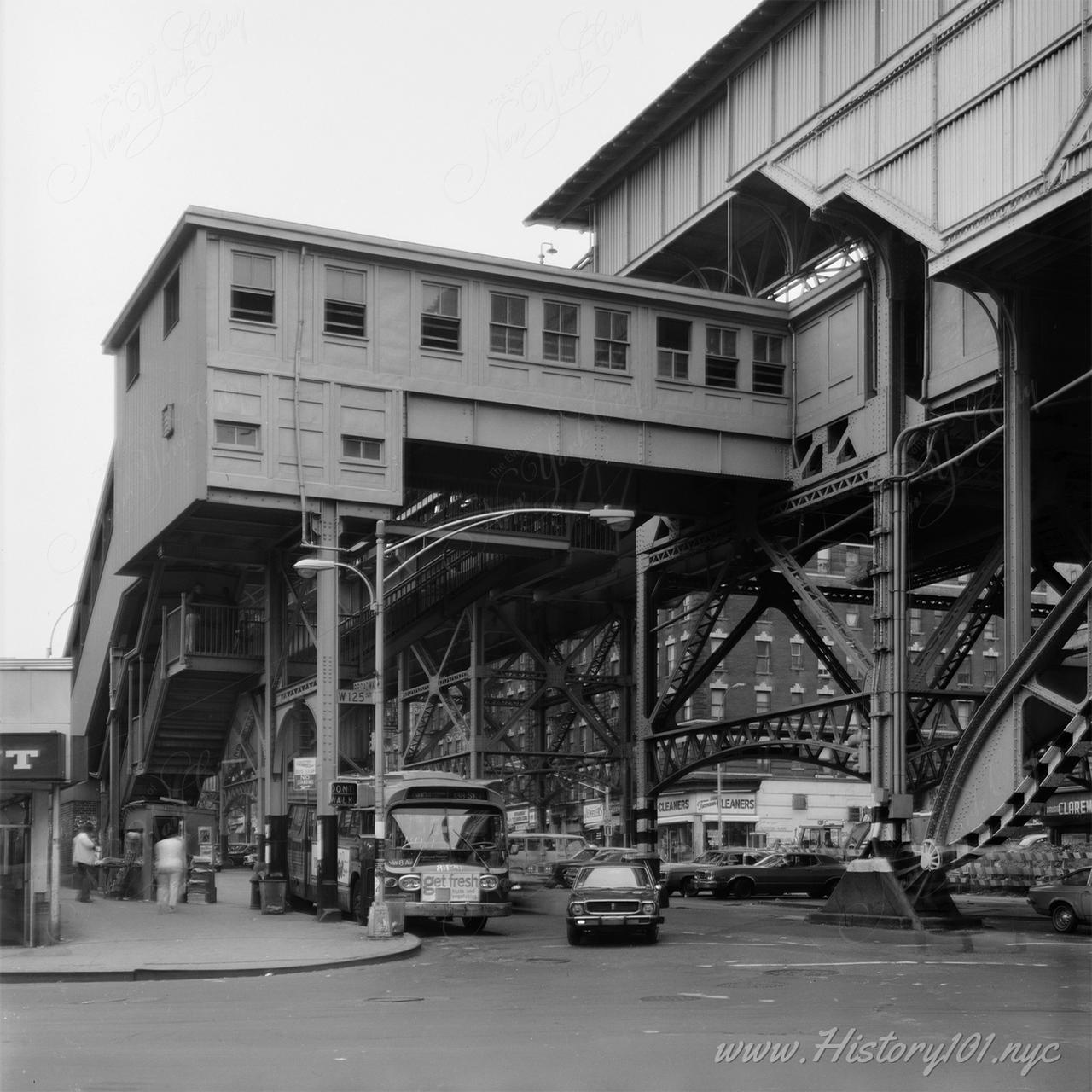 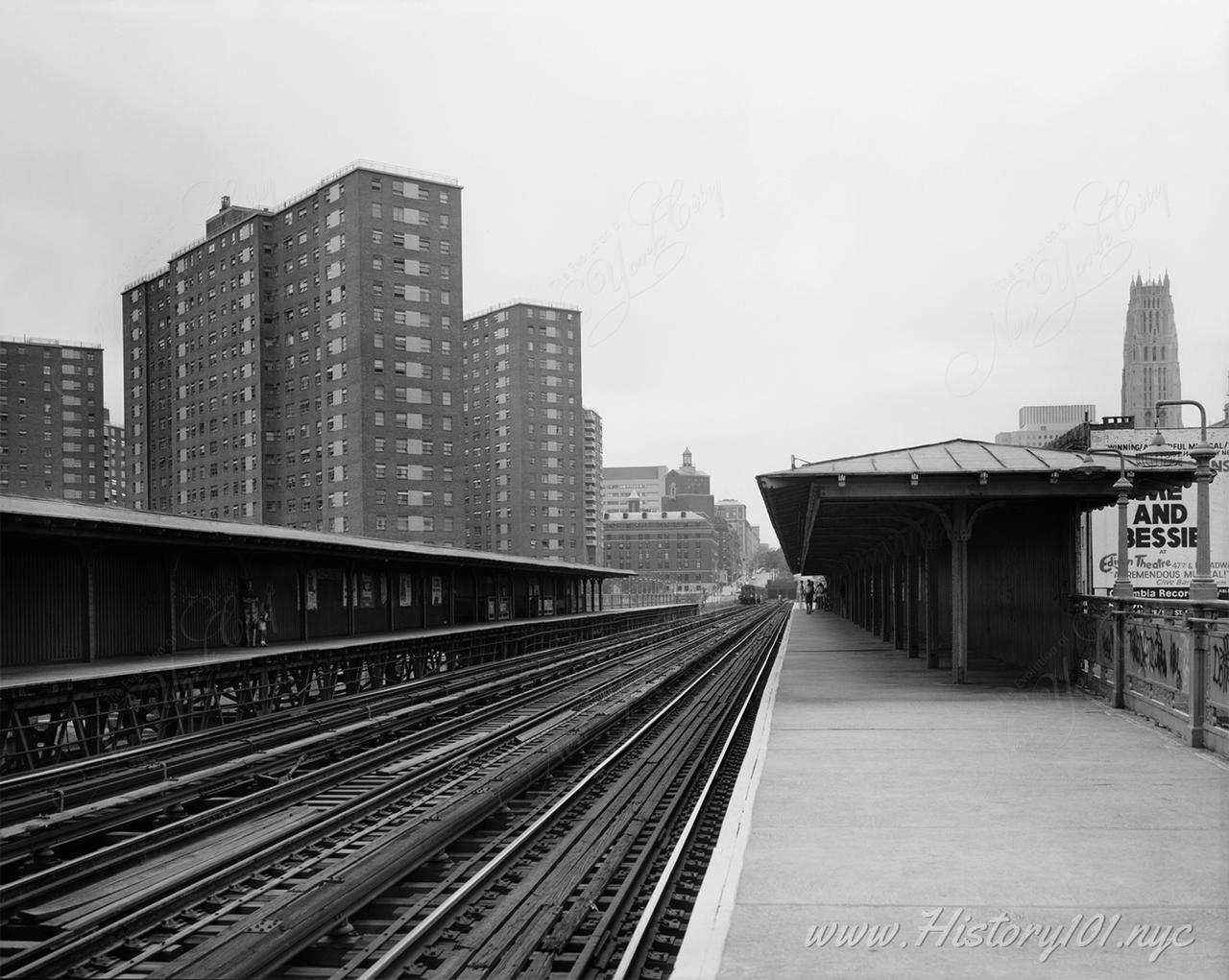 Photograph of the platform and tracks of 125th Street and Broadway station (formerly Manhattan Street) on Manhattan Valley Viaduct. 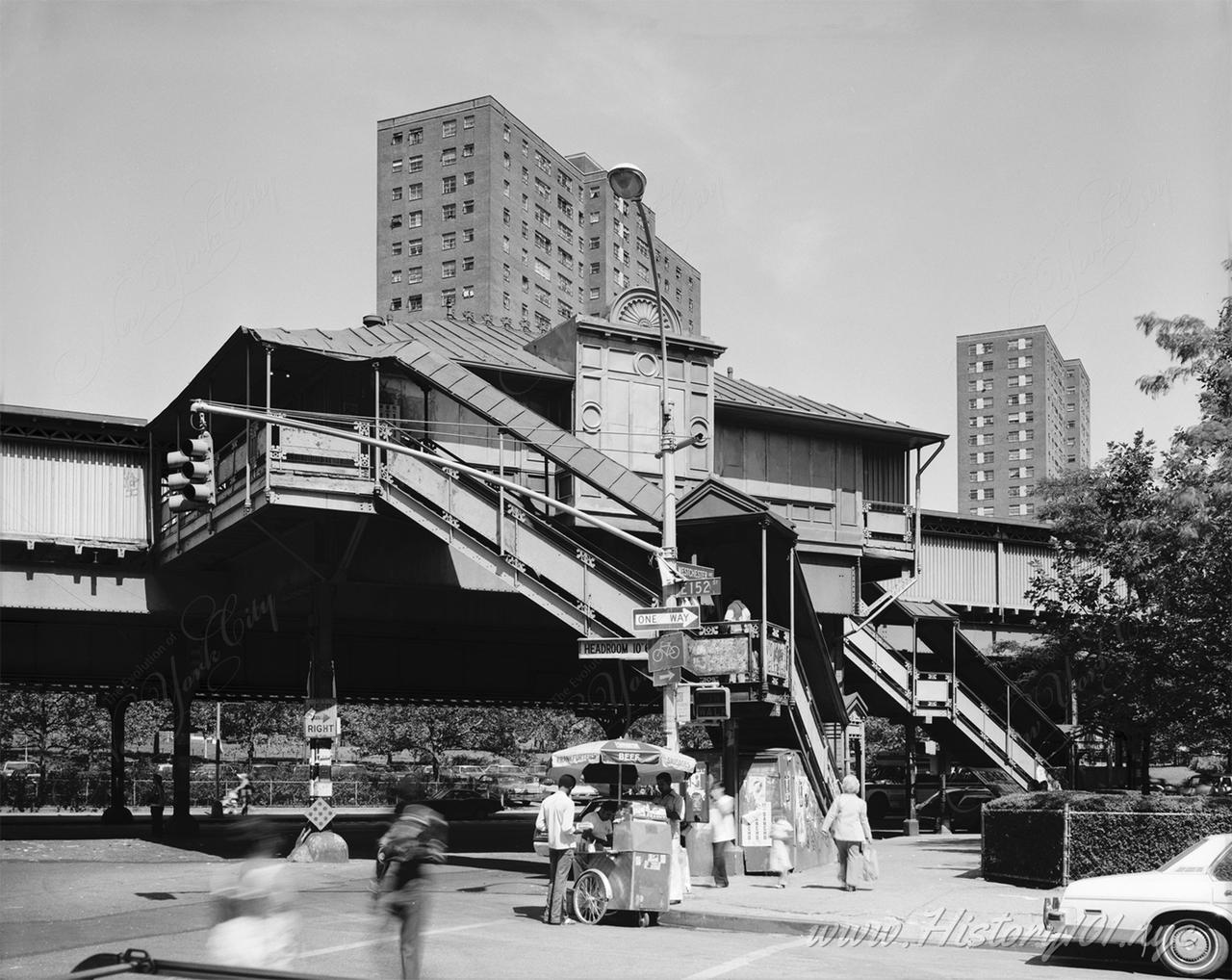 Photograph of the Jackson Avenue elevated station for the Interborough Rapid Transit subway in the Bronx. 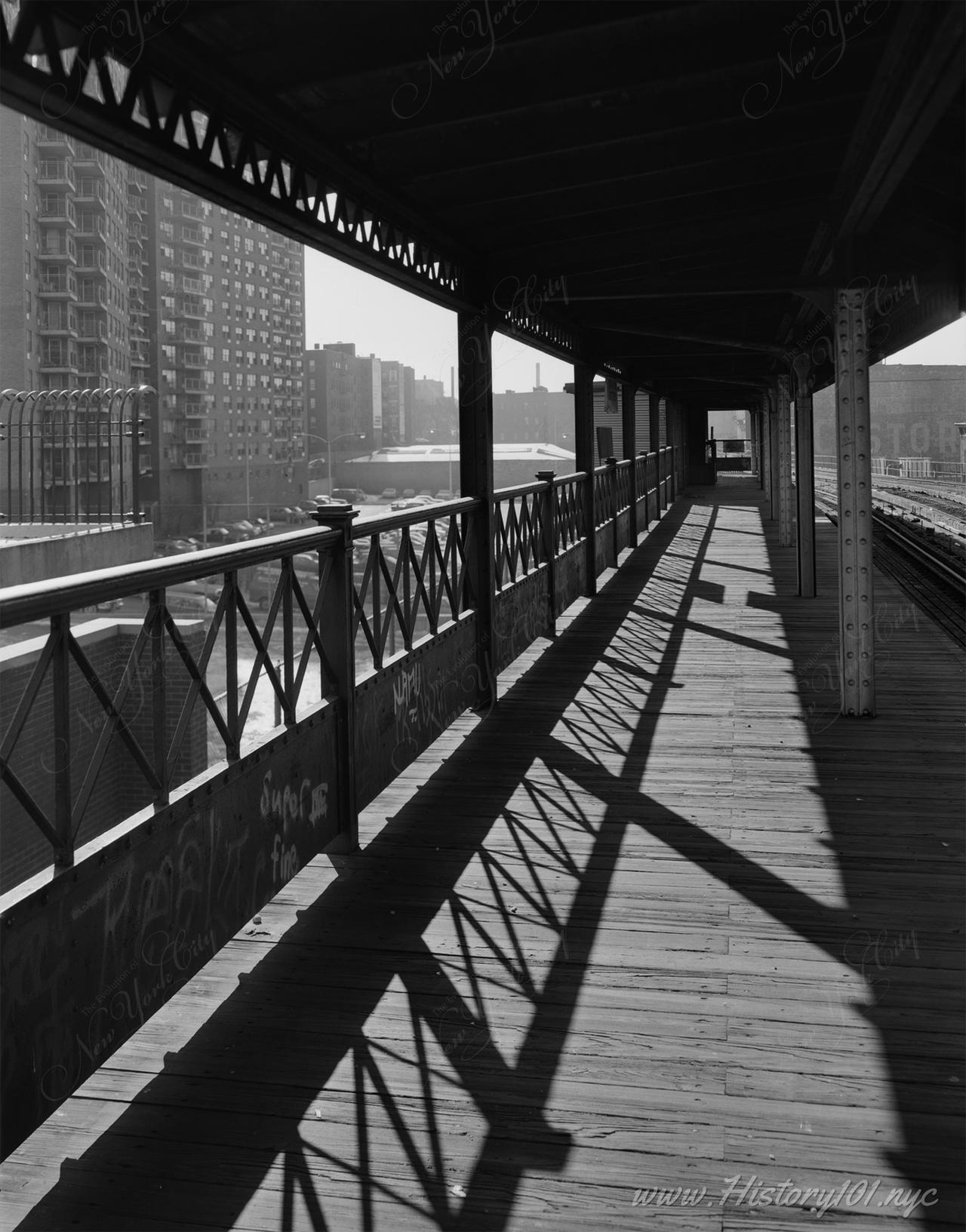 Photograph looking south on the northbound platform of the Third Avenue Elevated Line at 169th Street in the Bronx. 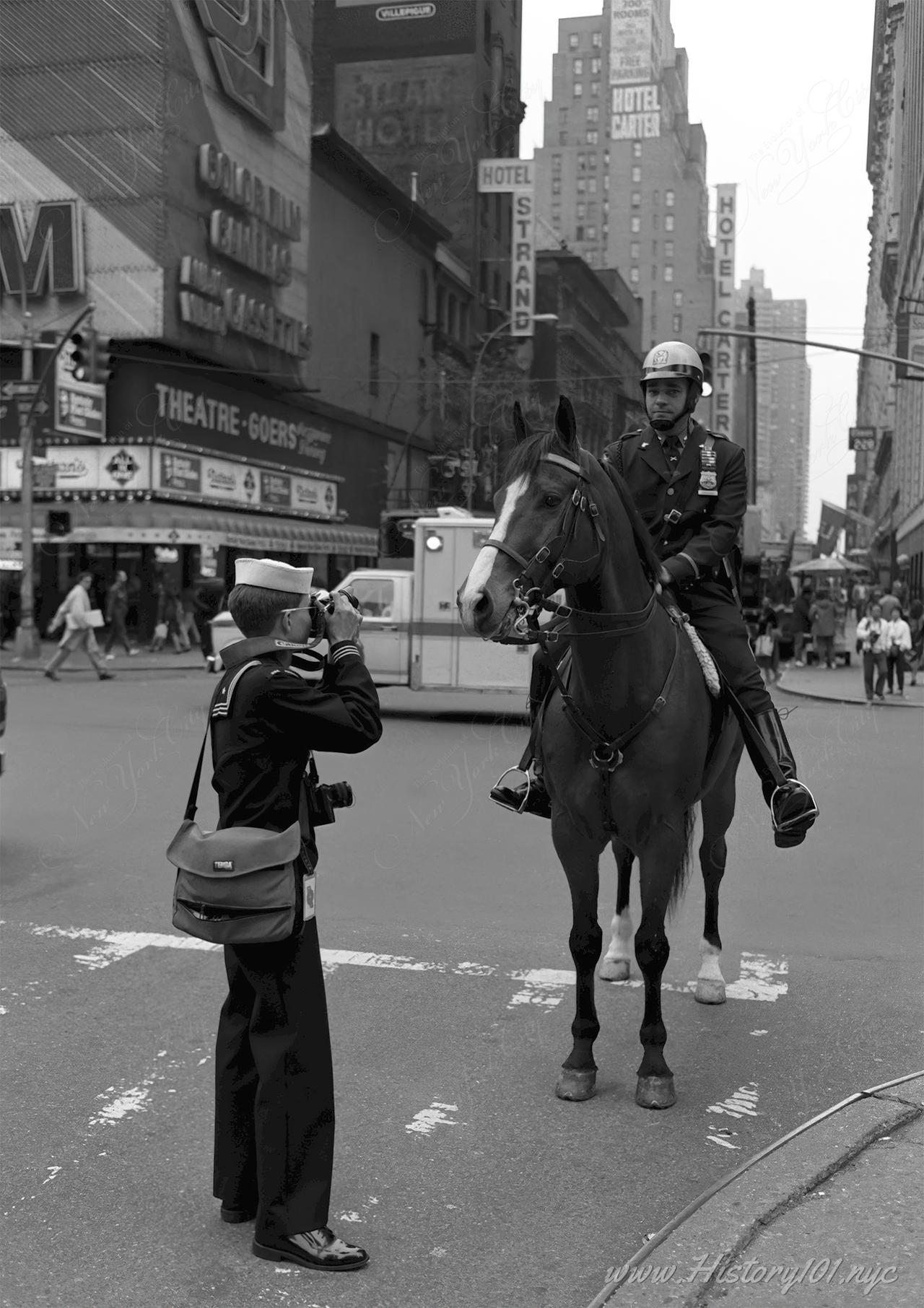 A sailor on liberty during Fleet Week photographs a New York City policeman on horseback in Times Square. 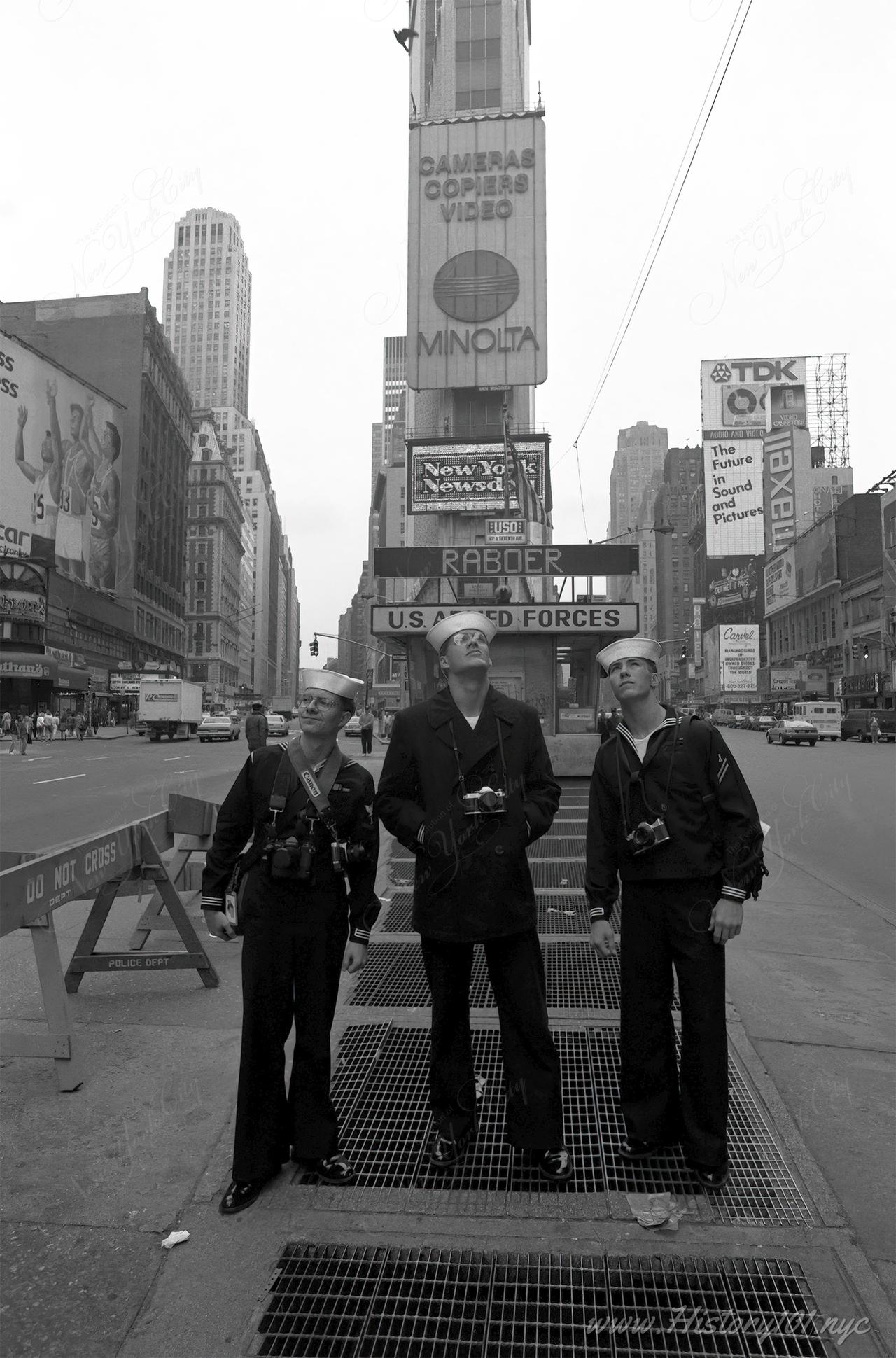 Three sailors stop to look around Times Square while on liberty during Fleet Week.