Click Here to View All 23 Images on One Page 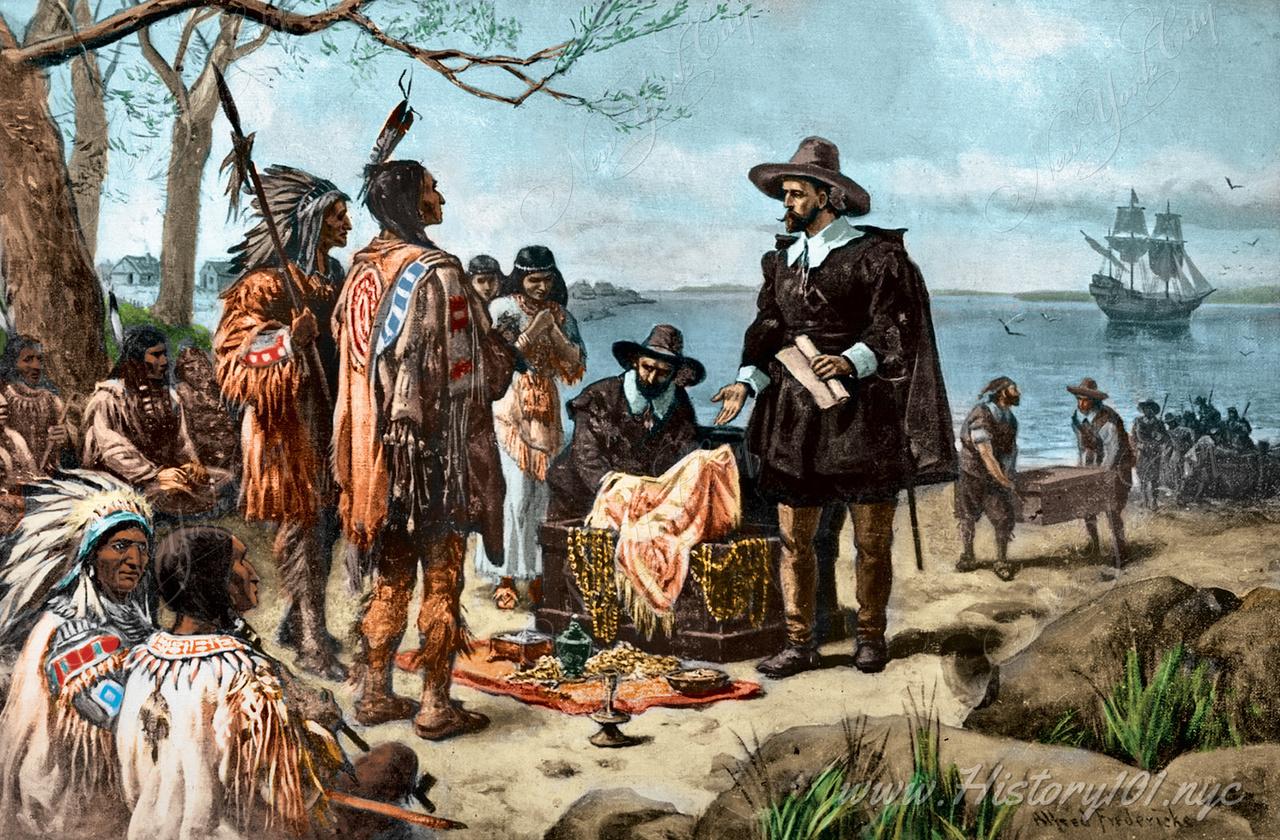 1626: Purchase of the Island of Mannahatta

A letter written by merchant Peter Schaghen to directors of the Dutch East India Company stated that Manhattan was purchased for 60 guilders worth of trade. 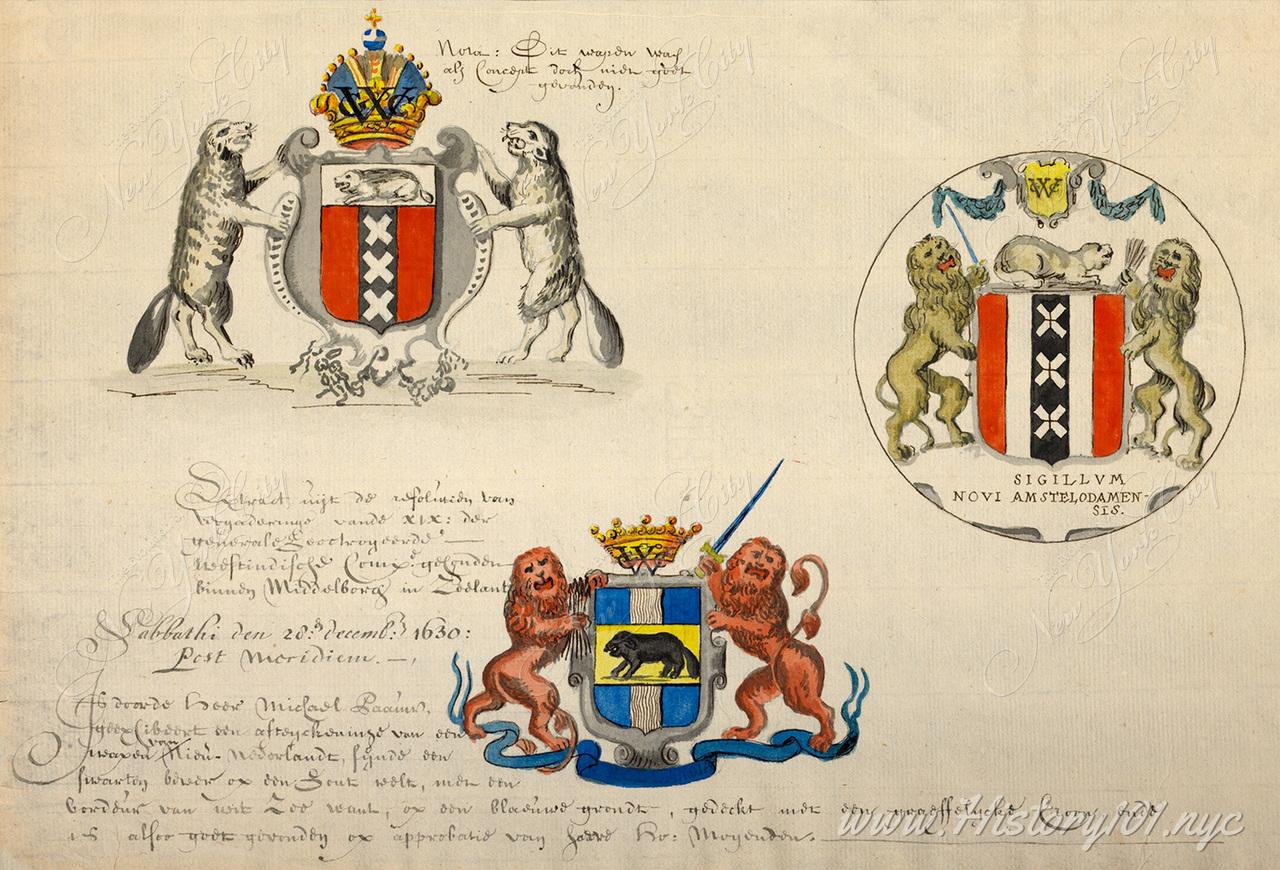 Much of the symbolism of New York's Official seal is derived from its Dutch roots in the form of New Amsterdam's Official Coat of Arms. 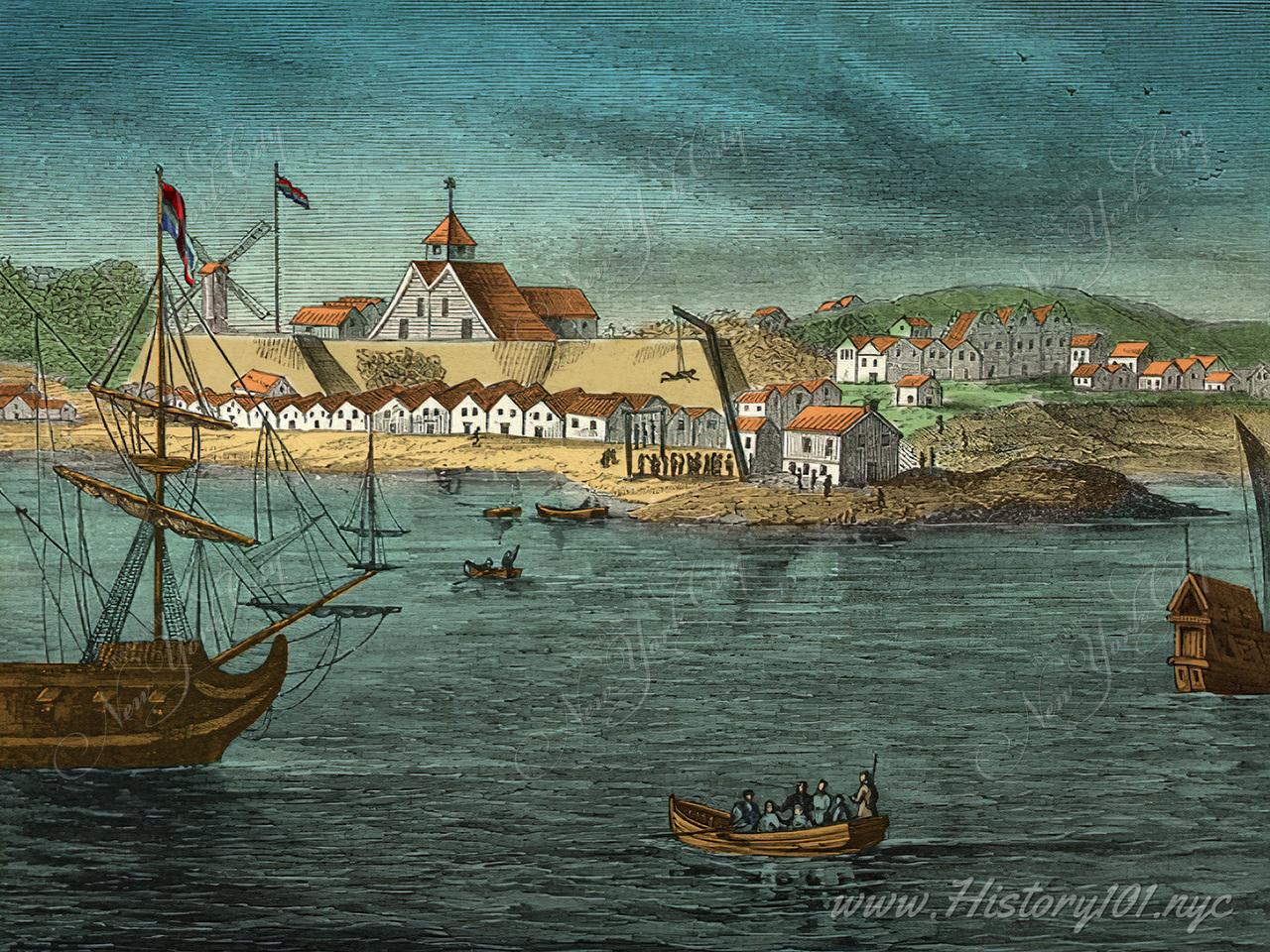 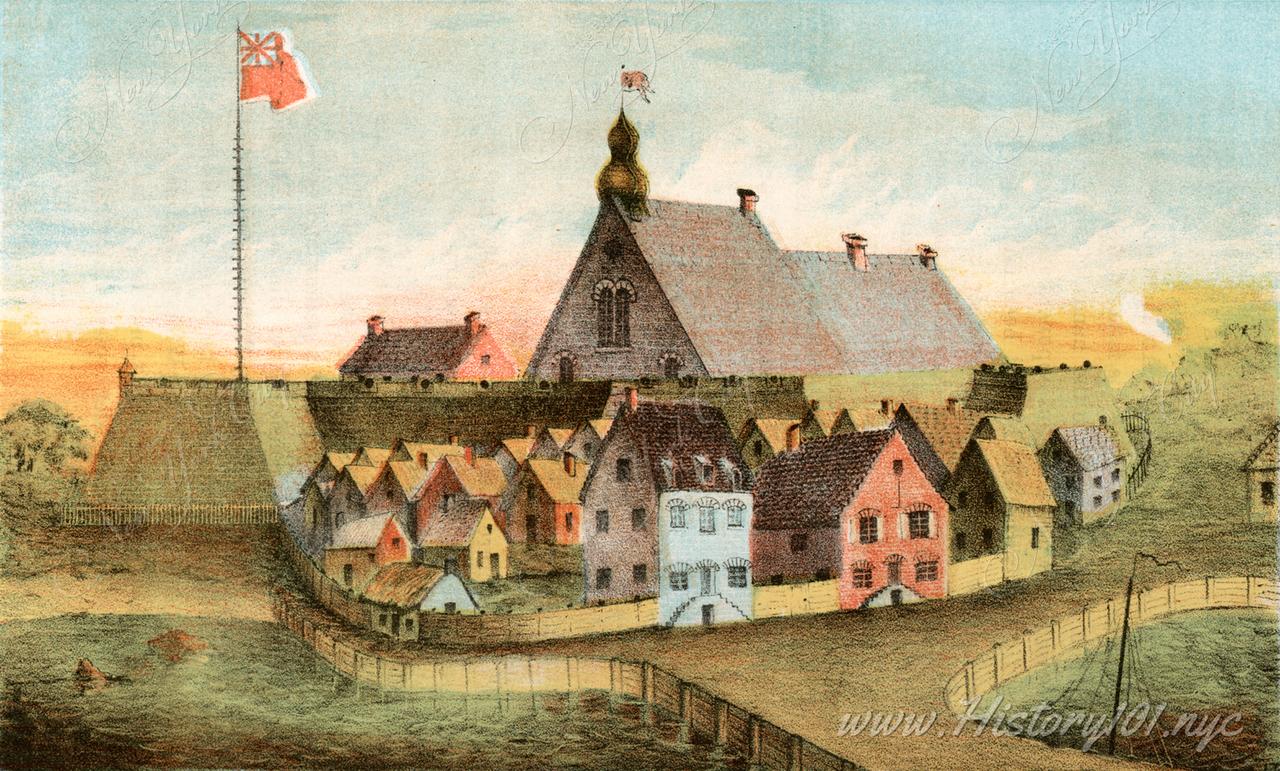 Illustration of the home of German-born colonist and entrepreneur Jacob Leisler located on "the Strand", or what we know today as Whitehall Street. 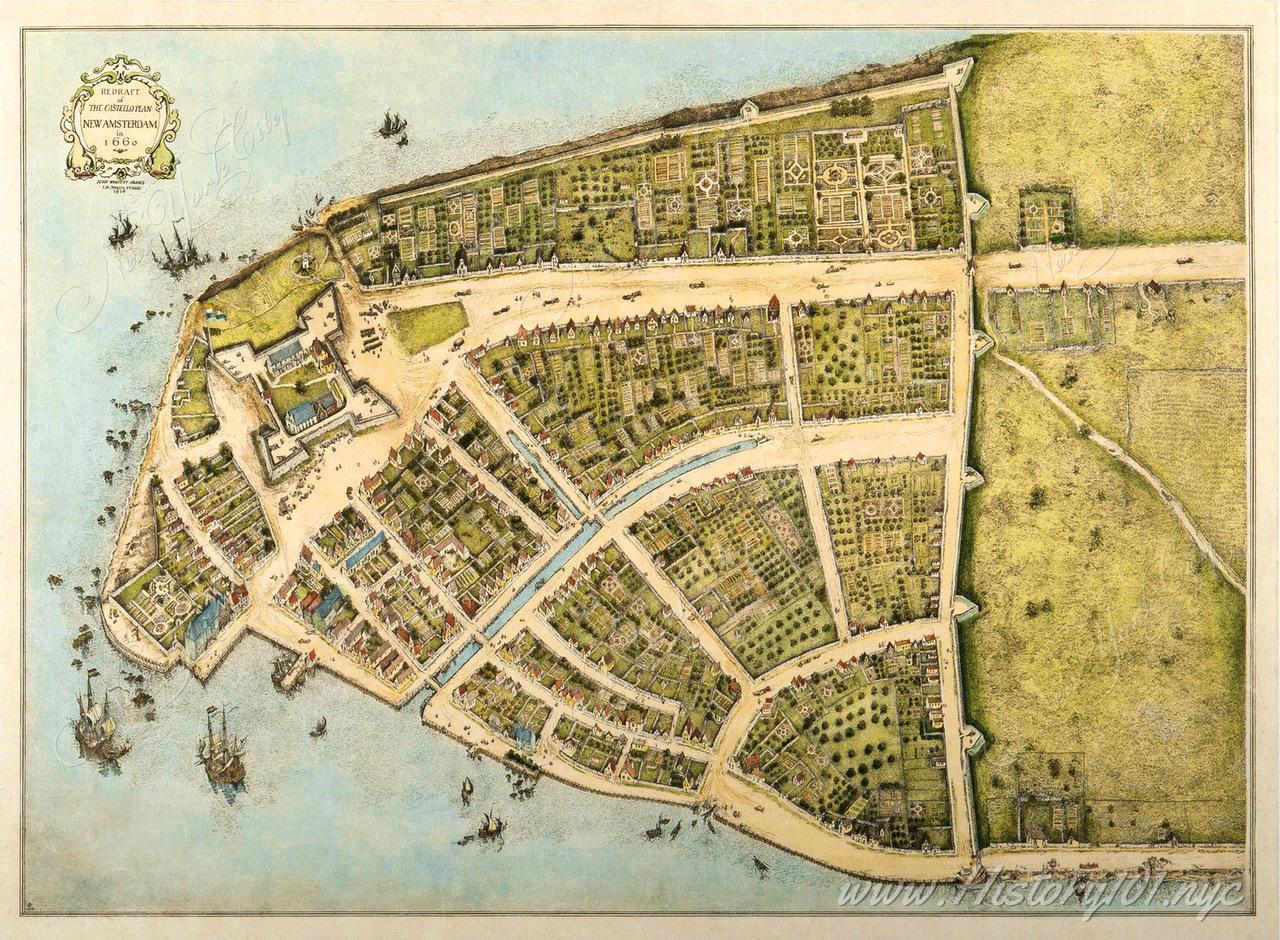 An illustrated map displaying early settlements and boundaries of New Amsterdam - a fledgling town occupied by an increasing amount of Dutch settlers. 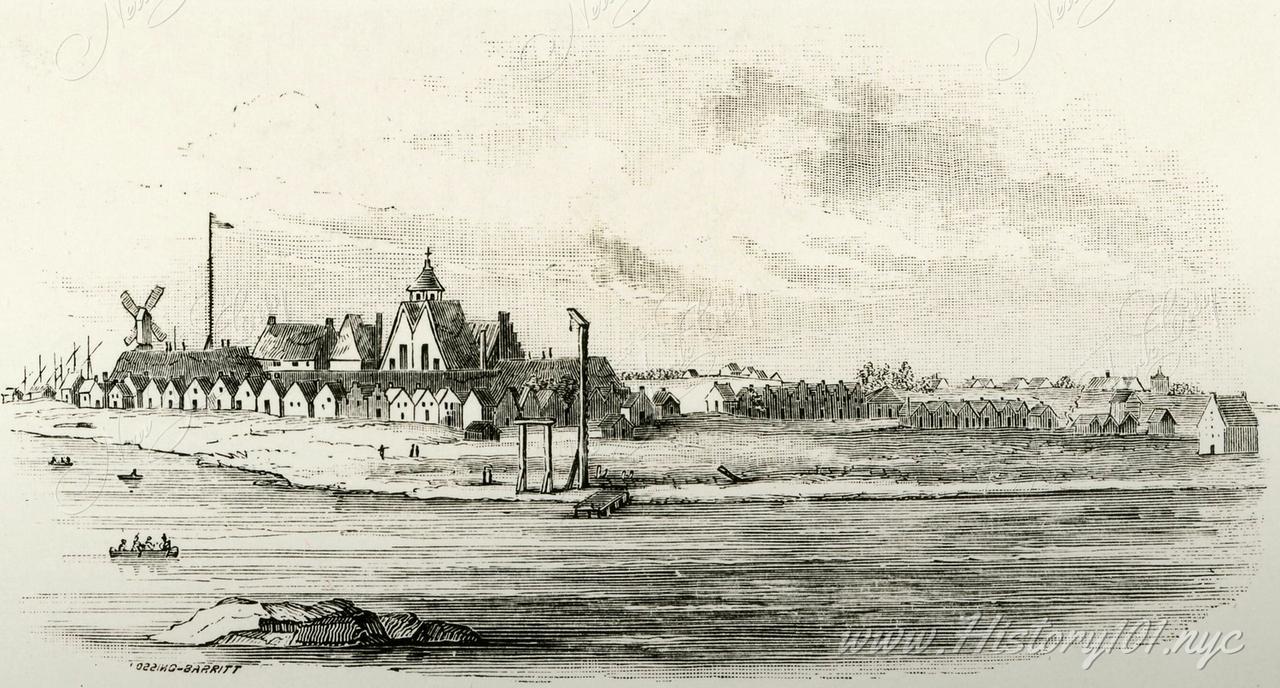 Earliest known image of New Amsterdam from a copperplate made by Augustyn Heermanns. 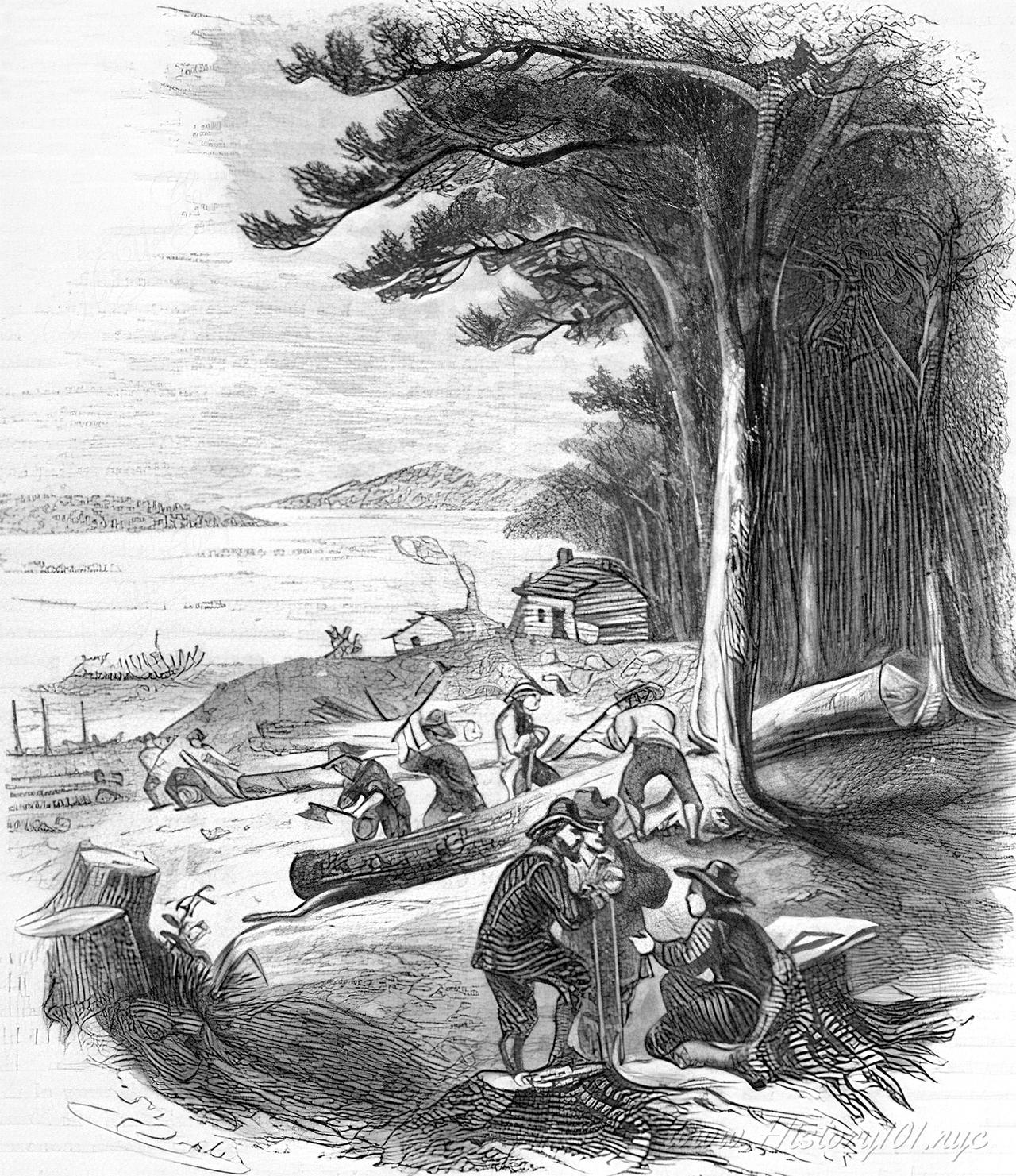 1624: The Commercial Beginning of New York

Illustration of merchants trading and felling trees along the New York Harbor. 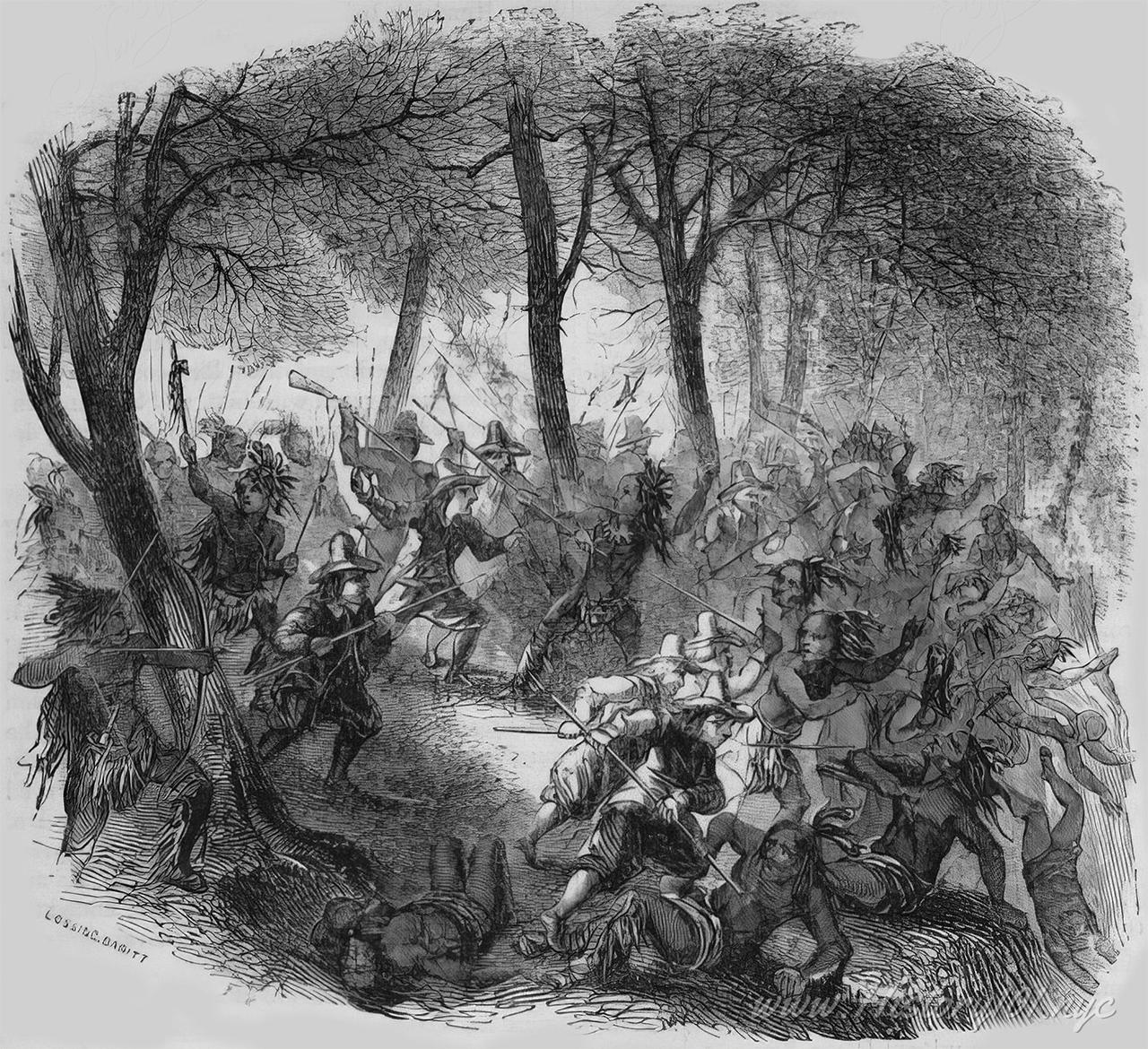 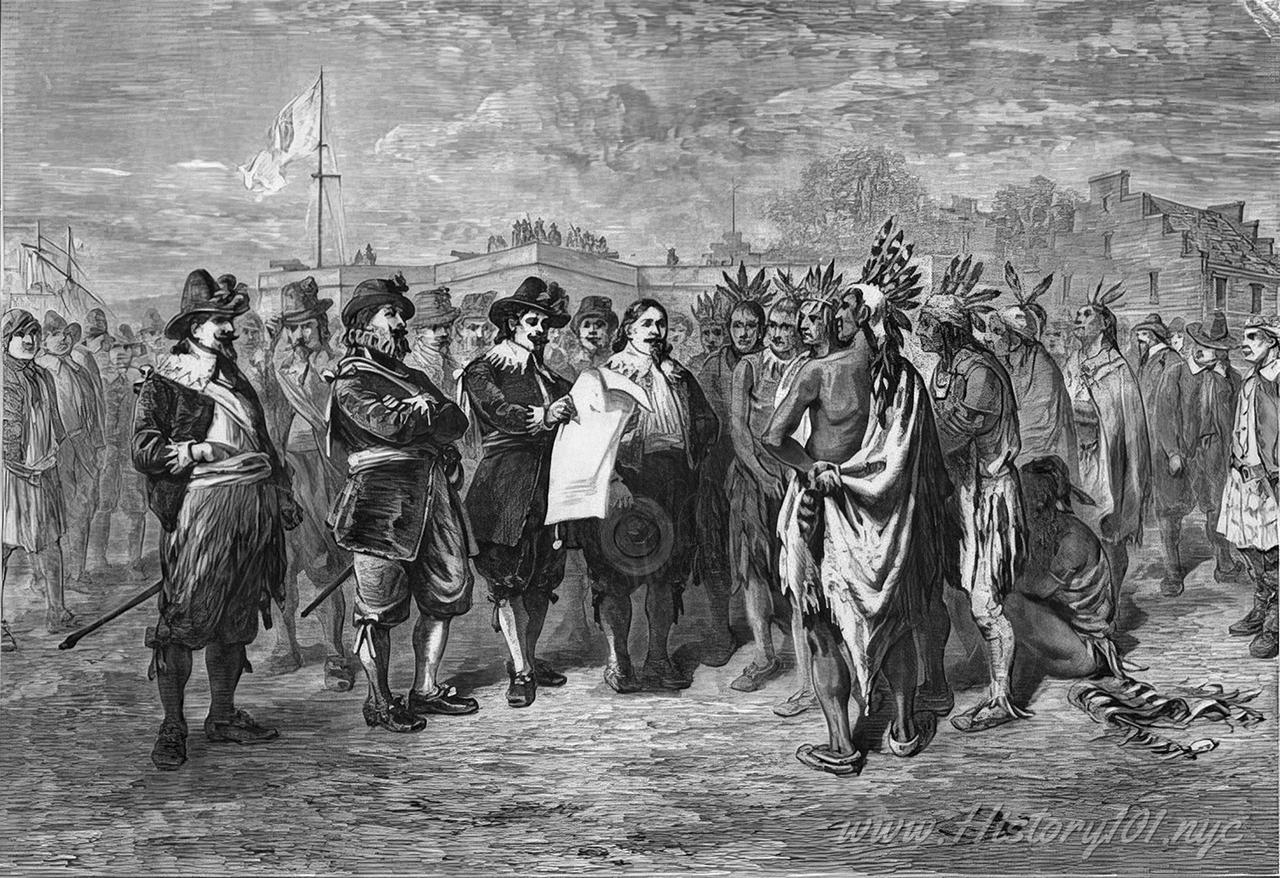 1644: A Treaty With Native Americans

Illustration of Dutch settlers striking up a peace treaty with indigenous communities in order to reduce violence and open up trade.

1644: Posting The Notice of Wall Street

Illustration of a man posting a notice regarding the building of Wall Street on March 31, 1644, rallying local colonists to join together to build a wall to fend off attacks by natives. 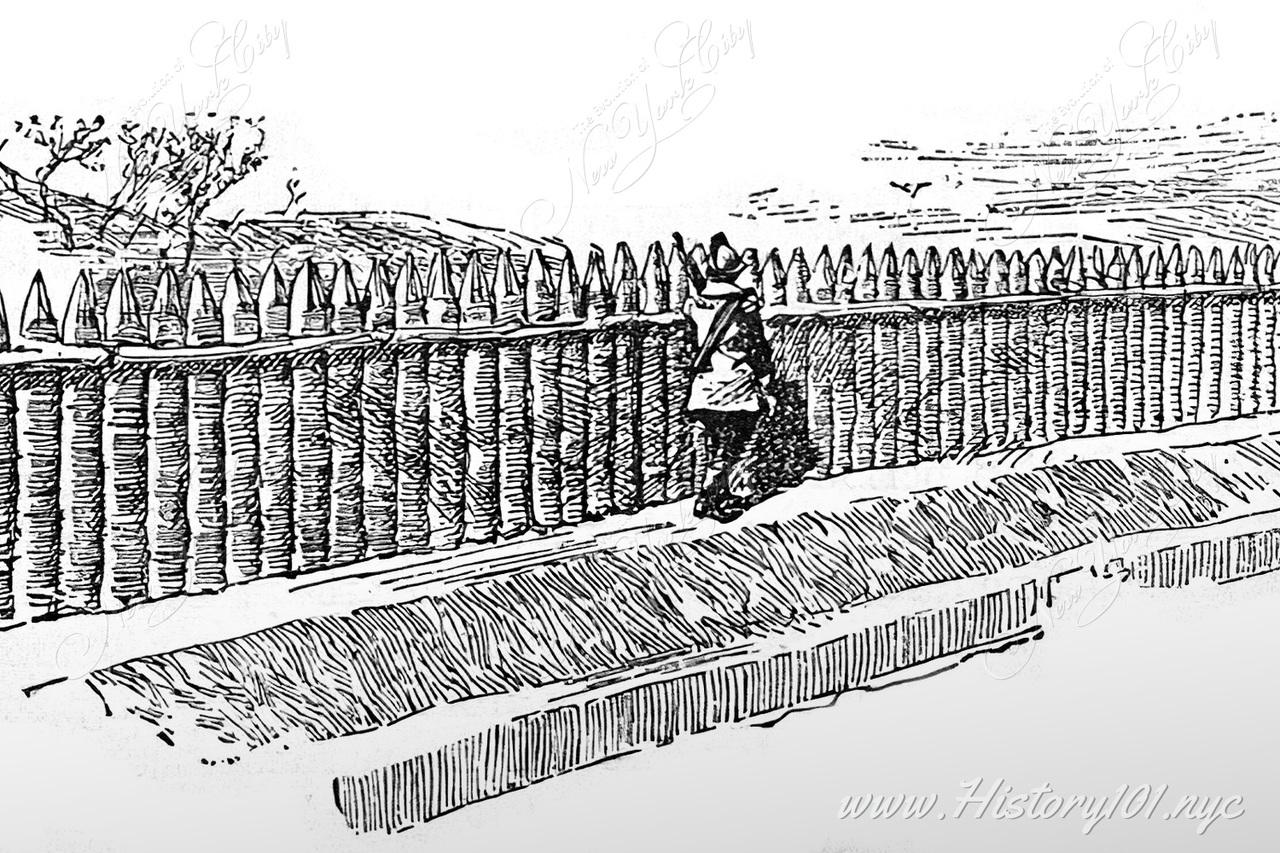 A wall constructed along the city's northernmost boundary, erected back in 1653 between the Hudson and East River to protect the town from marauding tribes. 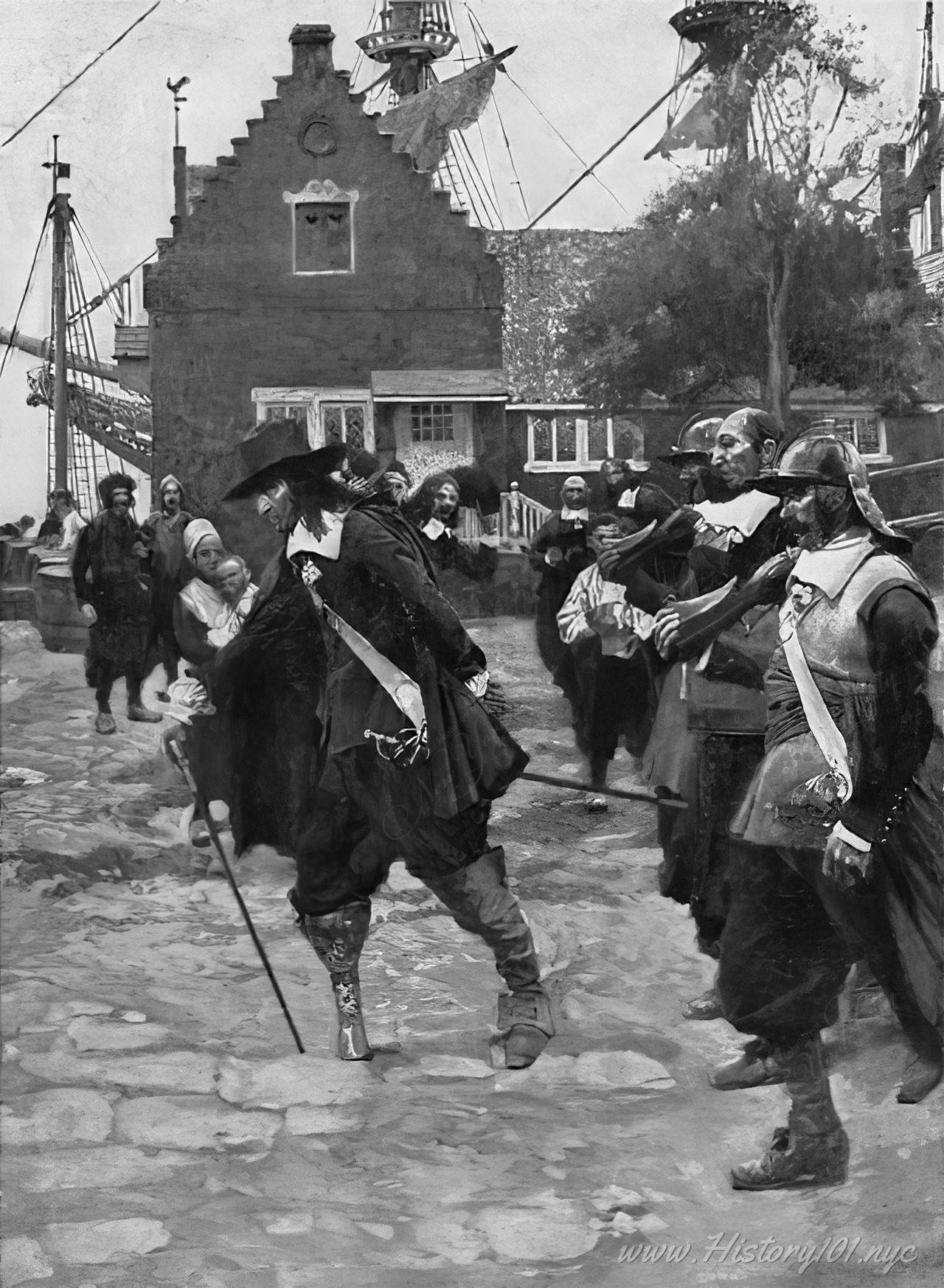 Illustration of Peter Stuyvesant reaching New Amsterdam after the failure of his predecessor Willem Kieft to build a lasting peace with native communities. 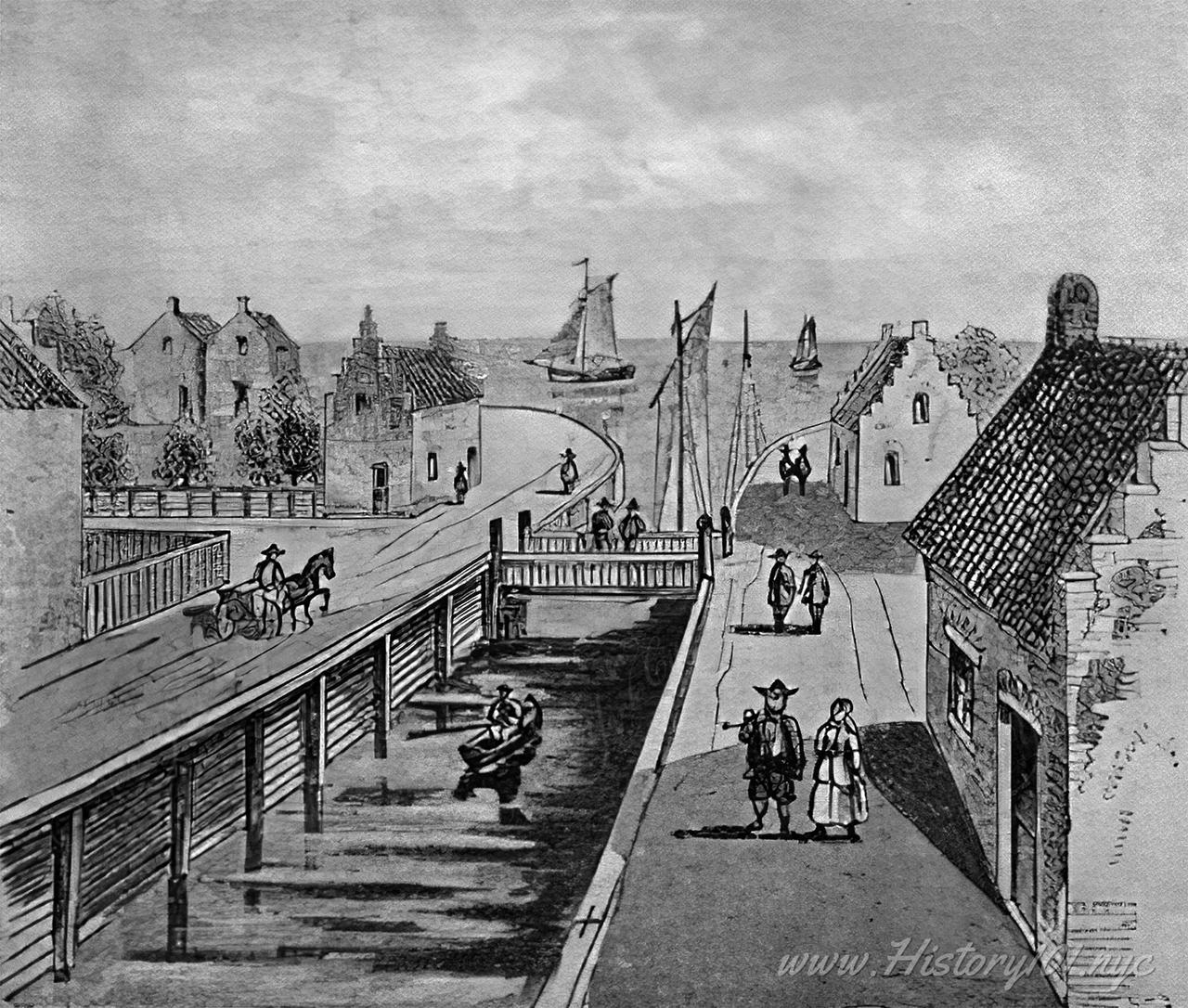 Illustration depicting views of the "Graft", or canal in Broad Street, and the Fish Bridge which once spanned it. 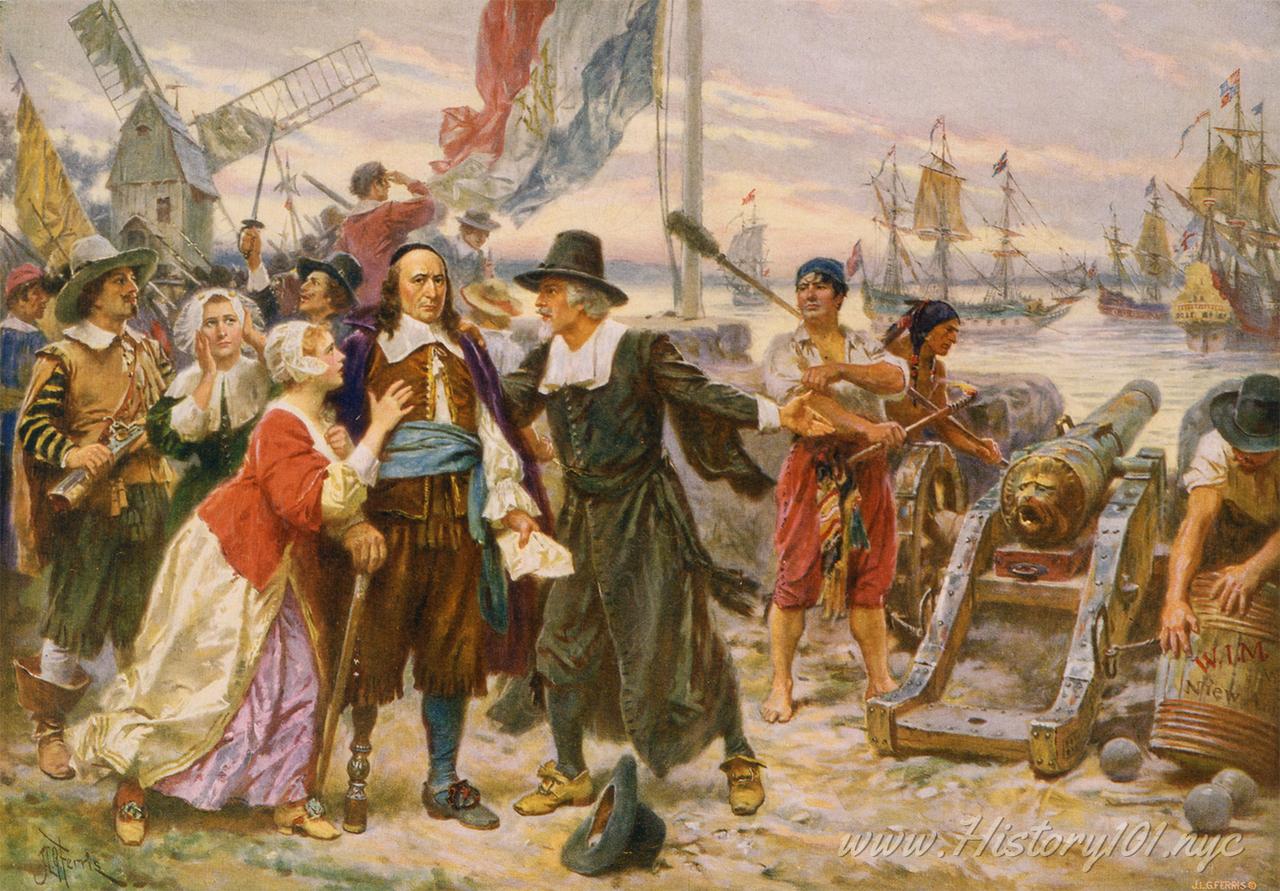 1664: Peter Stuyvesant vs the British

Print shows Peter Stuyvesant with local settlers pleading with him not to open fire on the British who have arrived in warships to claim New Amsterdam for England. 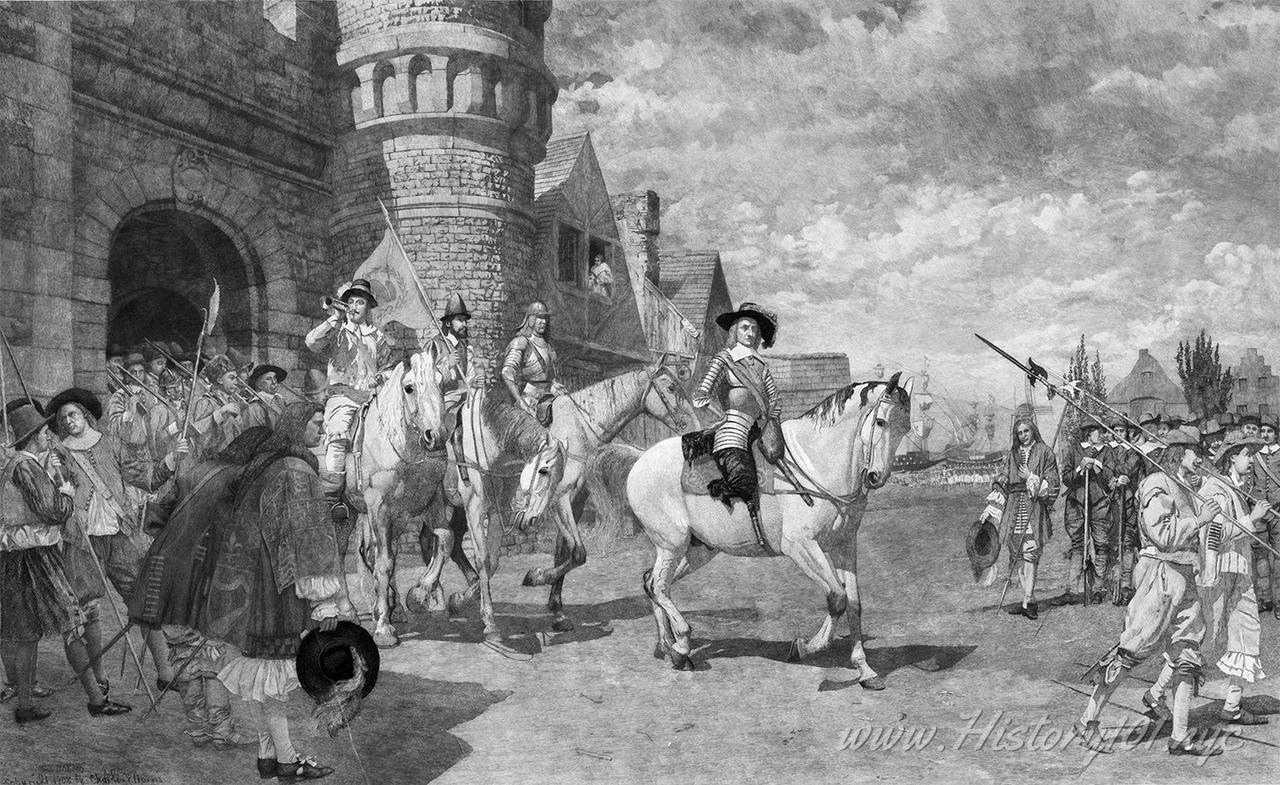