All of the misfortune and poverty of the early 1970’s would come to a head in the latter part of the decade. The city faced its darkest hours as it continued to deteriorate into crime and disarray. In 1977, the entire city loses electrical power in a massive blackout. Unlike the previous blackout twelve years earlier, this one is followed by widespread rioting and looting. Many neighborhoods, most notably Bushwick, were almost completely demolished. The city seeks to update its lagging image with the I ♥ NY advertising campaigns designed by Milton Glaser. 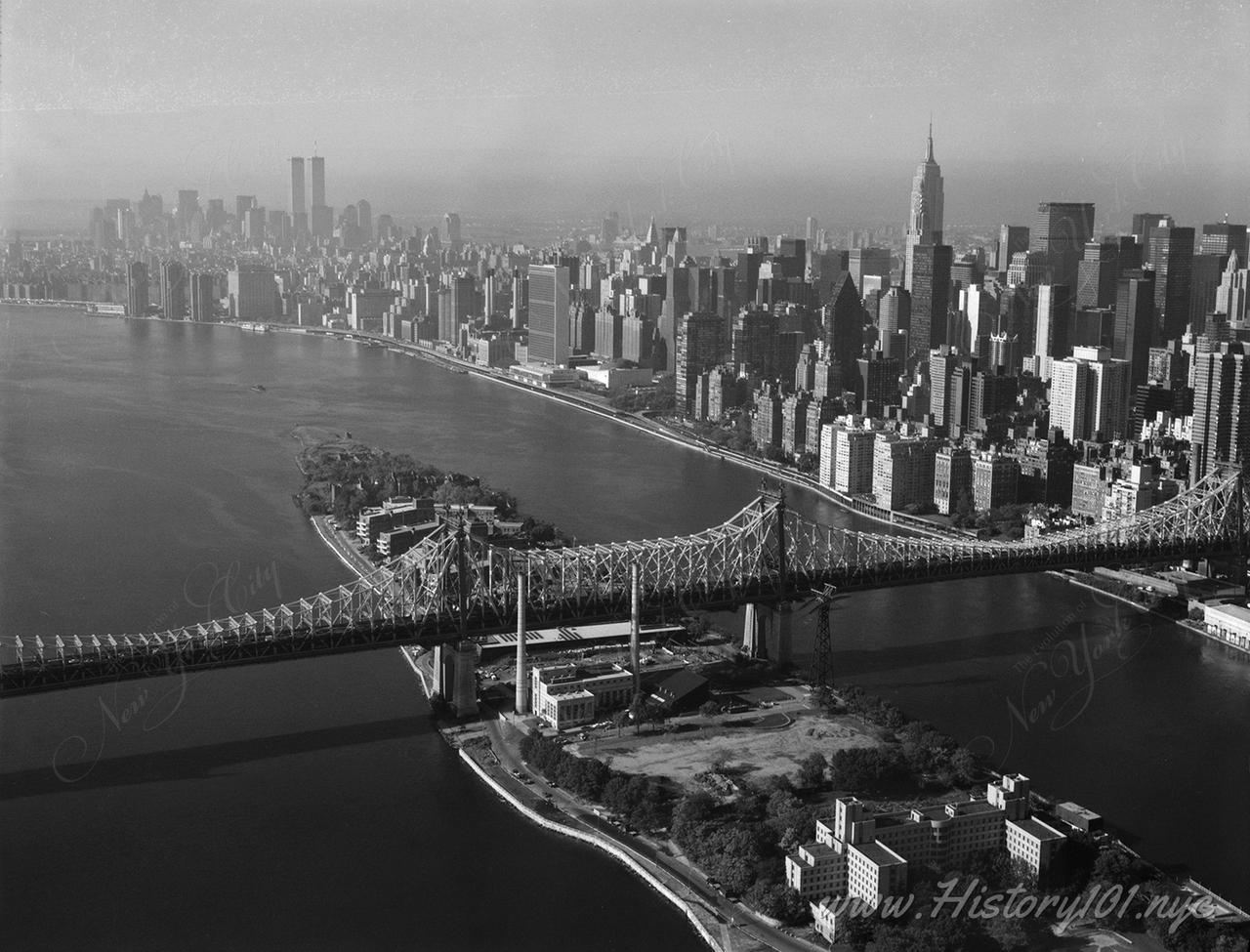 A bird's eye view of the Queensboro Bridge, Spanning East river & Blackwell's Island, with Manhattan's iconic skyline in the background. 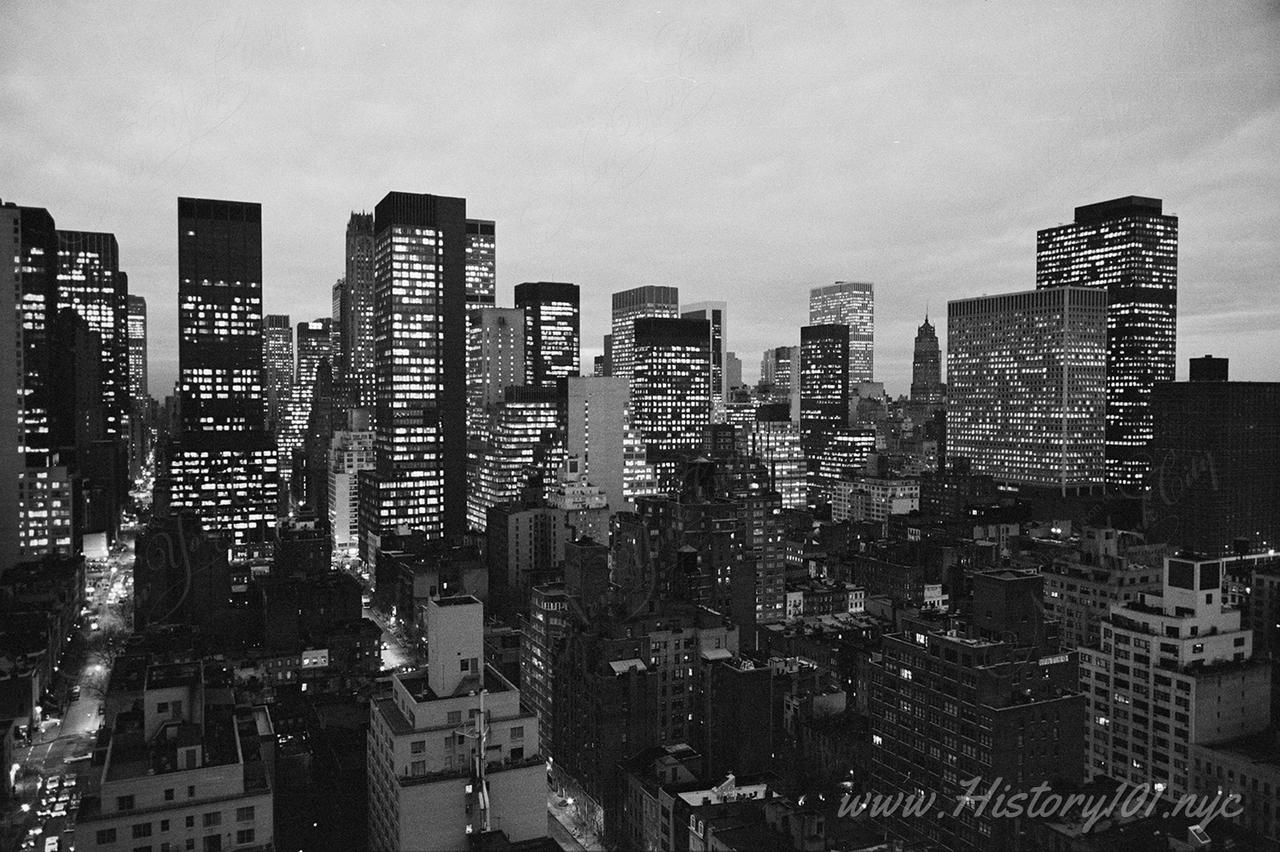 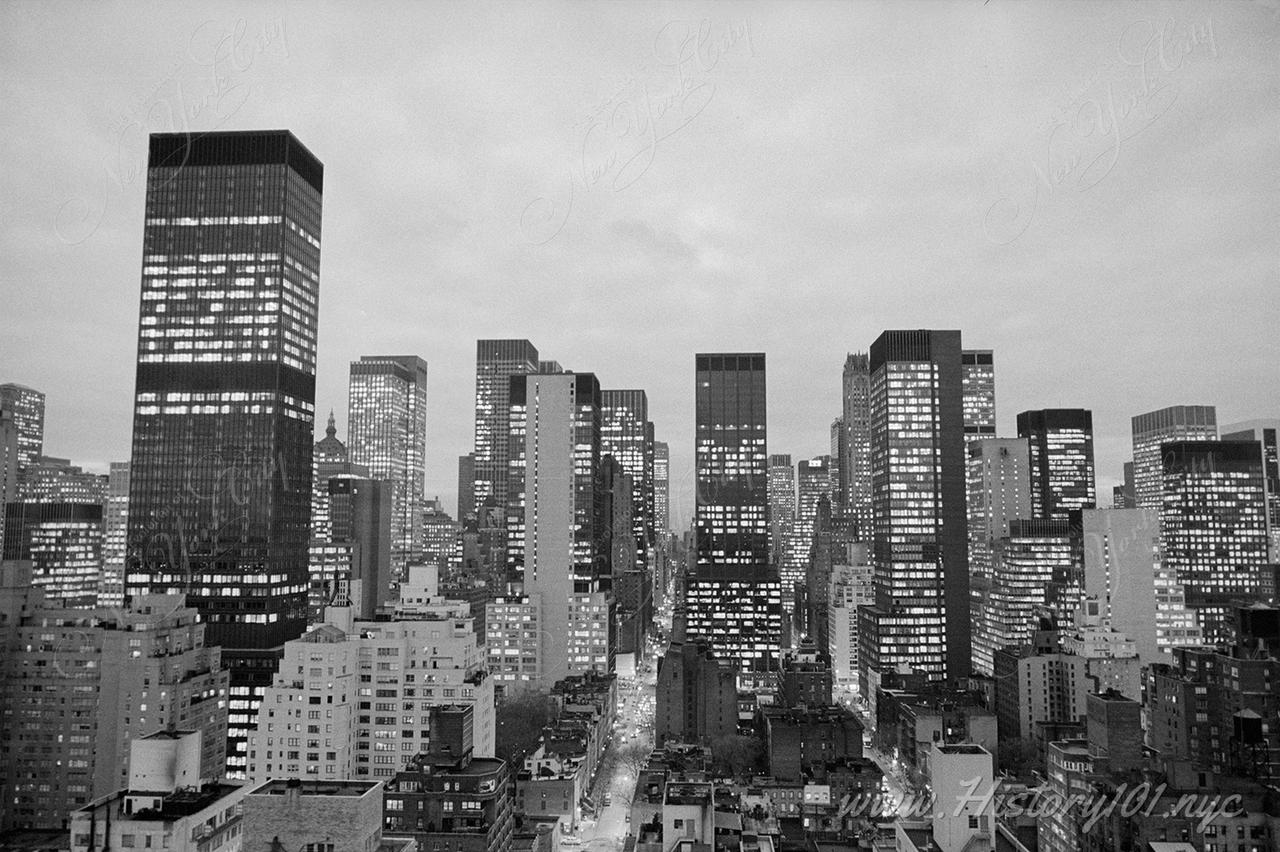 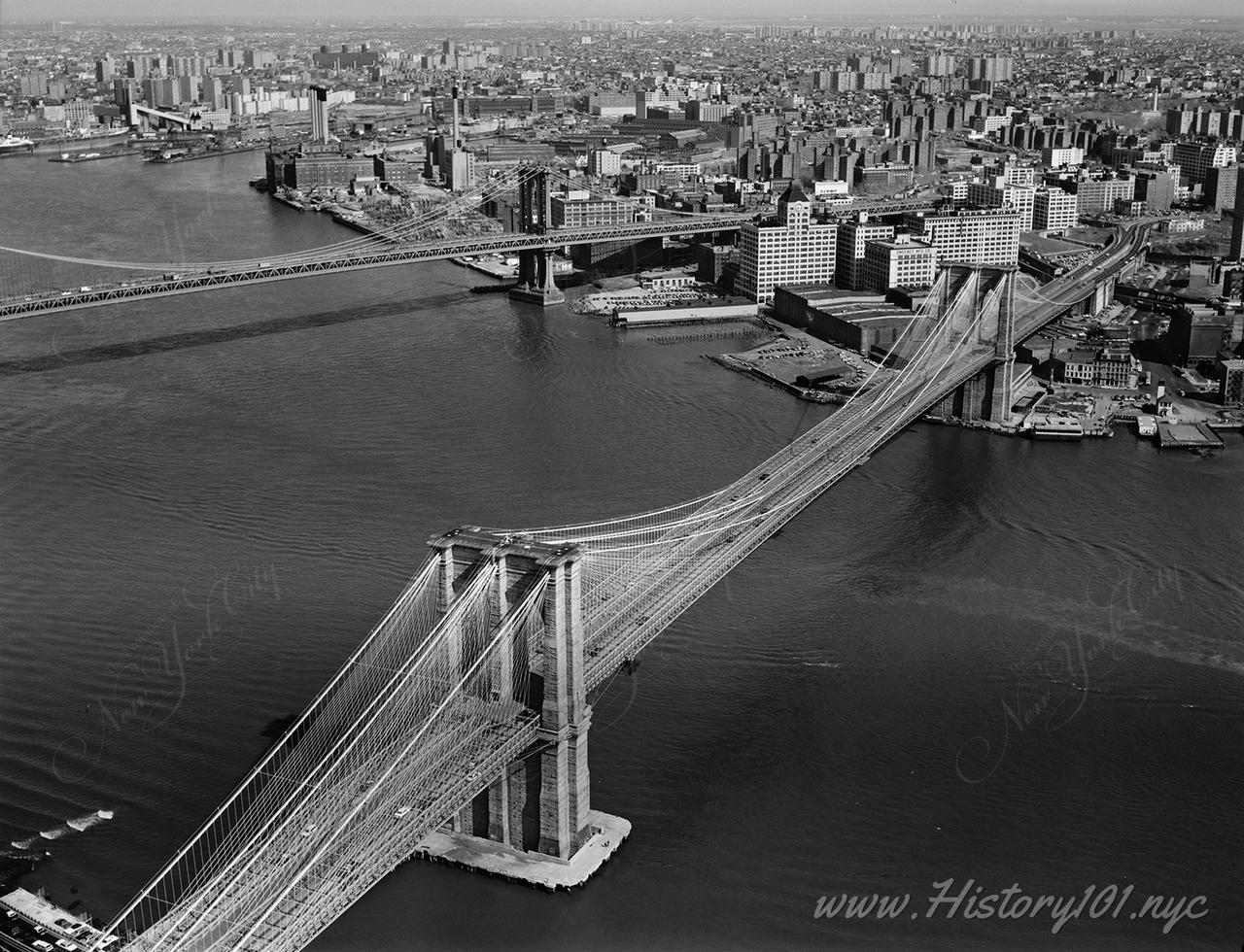 1978: Aerial View of the Brooklyn Bridge 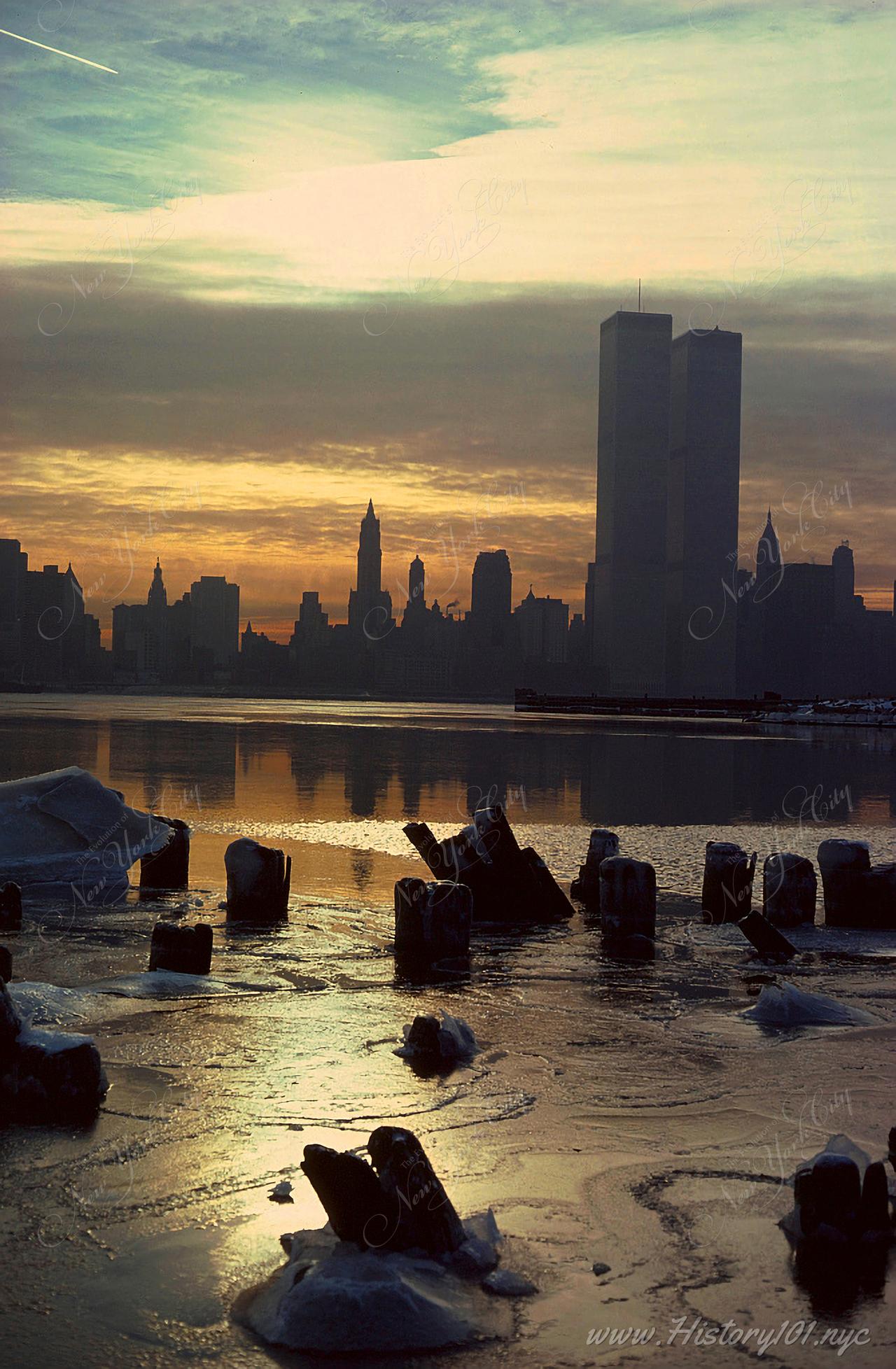 1977: Downtown Manhattan Skyline in the Winter 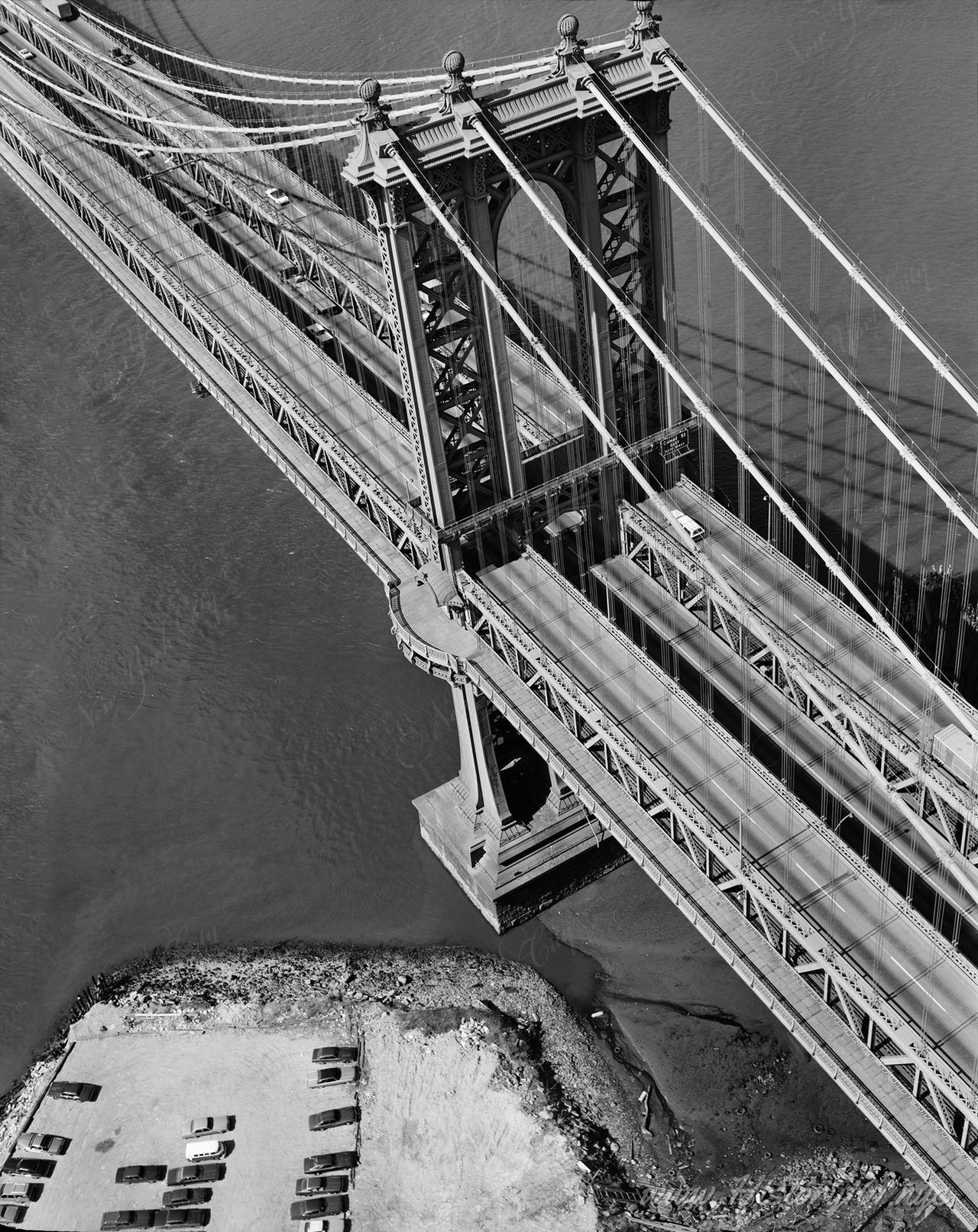 Aerial photograph of traffic on the Manhattan Bridge. 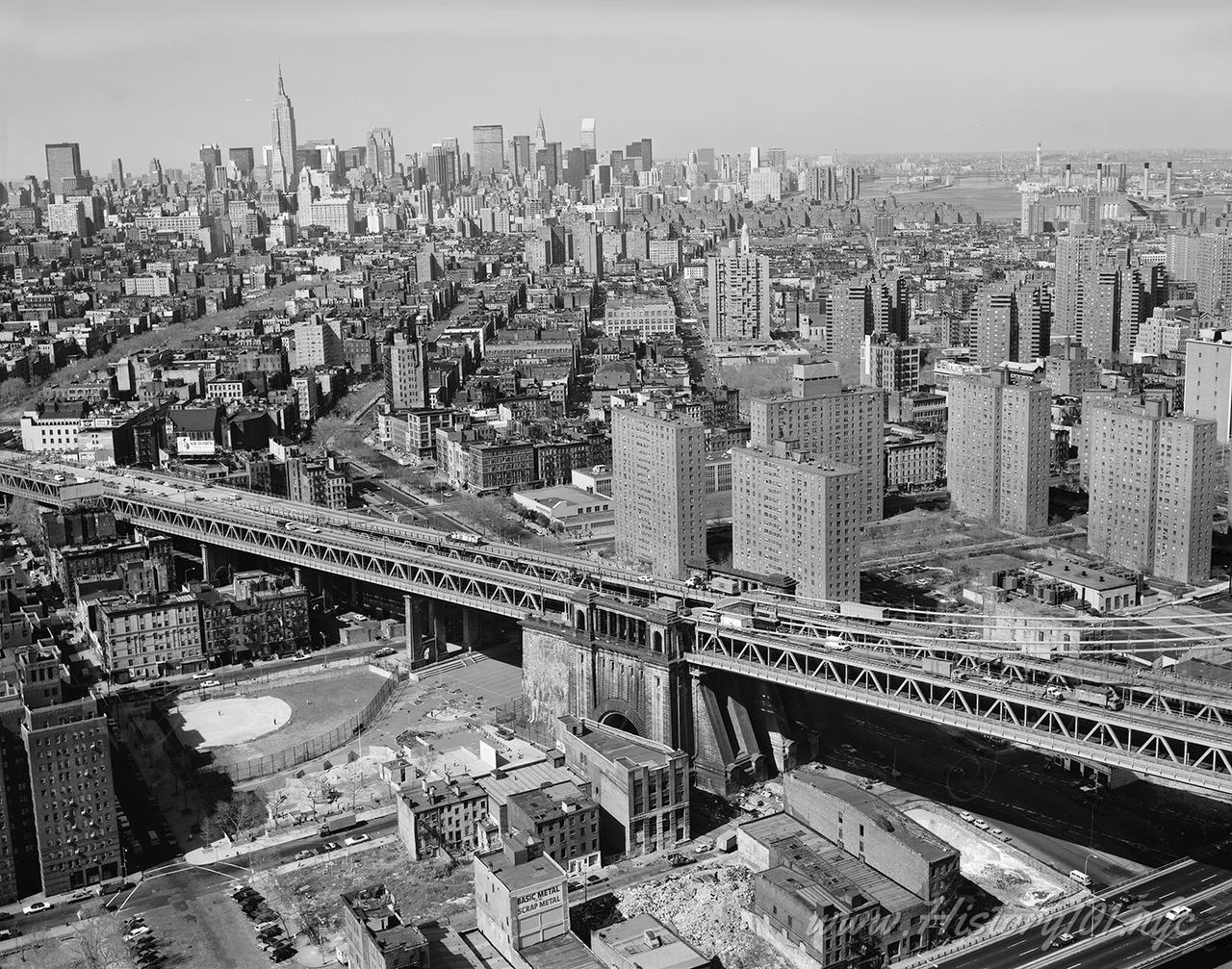 Aerial photograph of the Lower East Side with Midtown Manhattan in the distance.

A few of the alternative designs for the World Trade Center proposed by architect Minori Yamasaki. 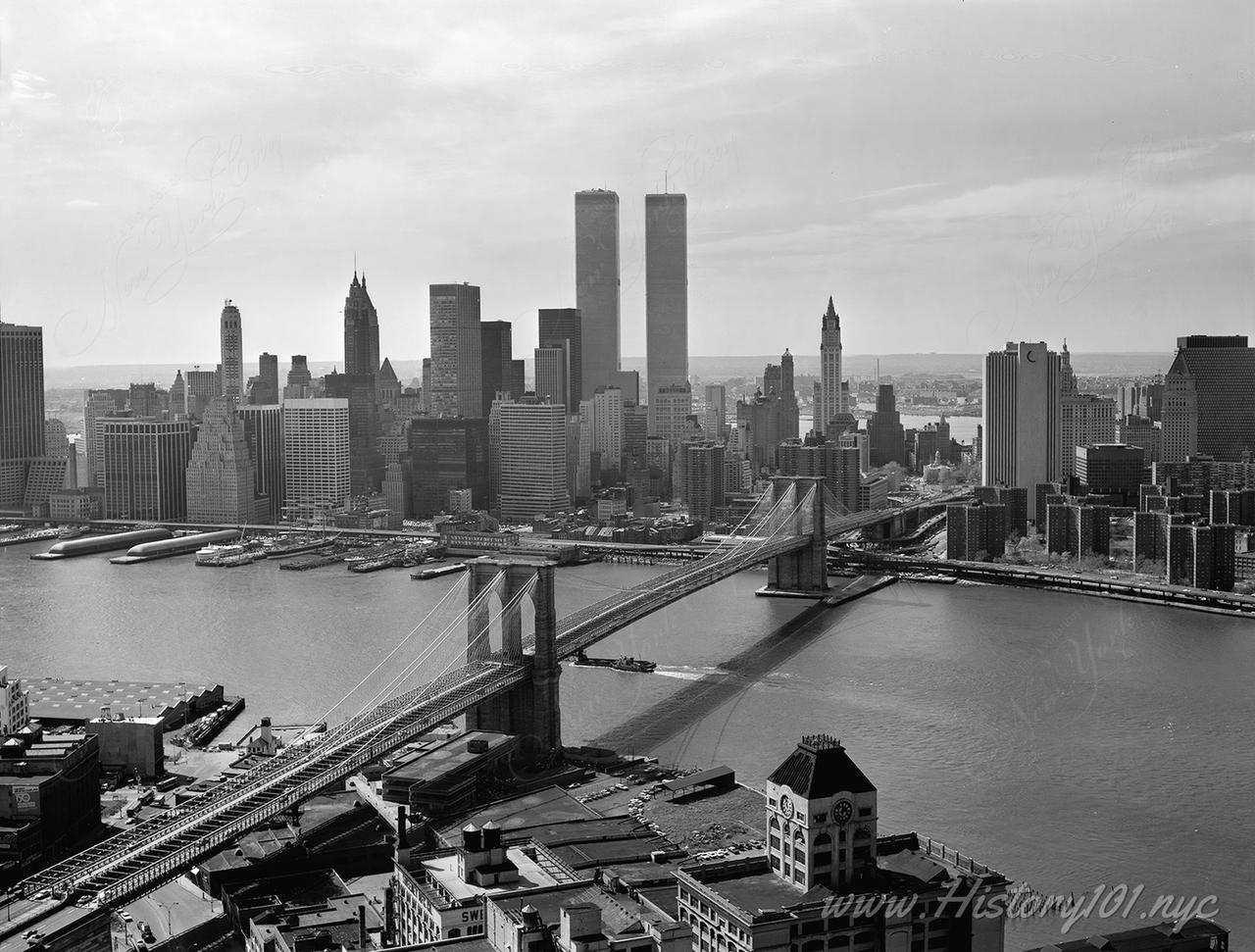 Aerial photograph of the Brooklyn Bridge over the East River. 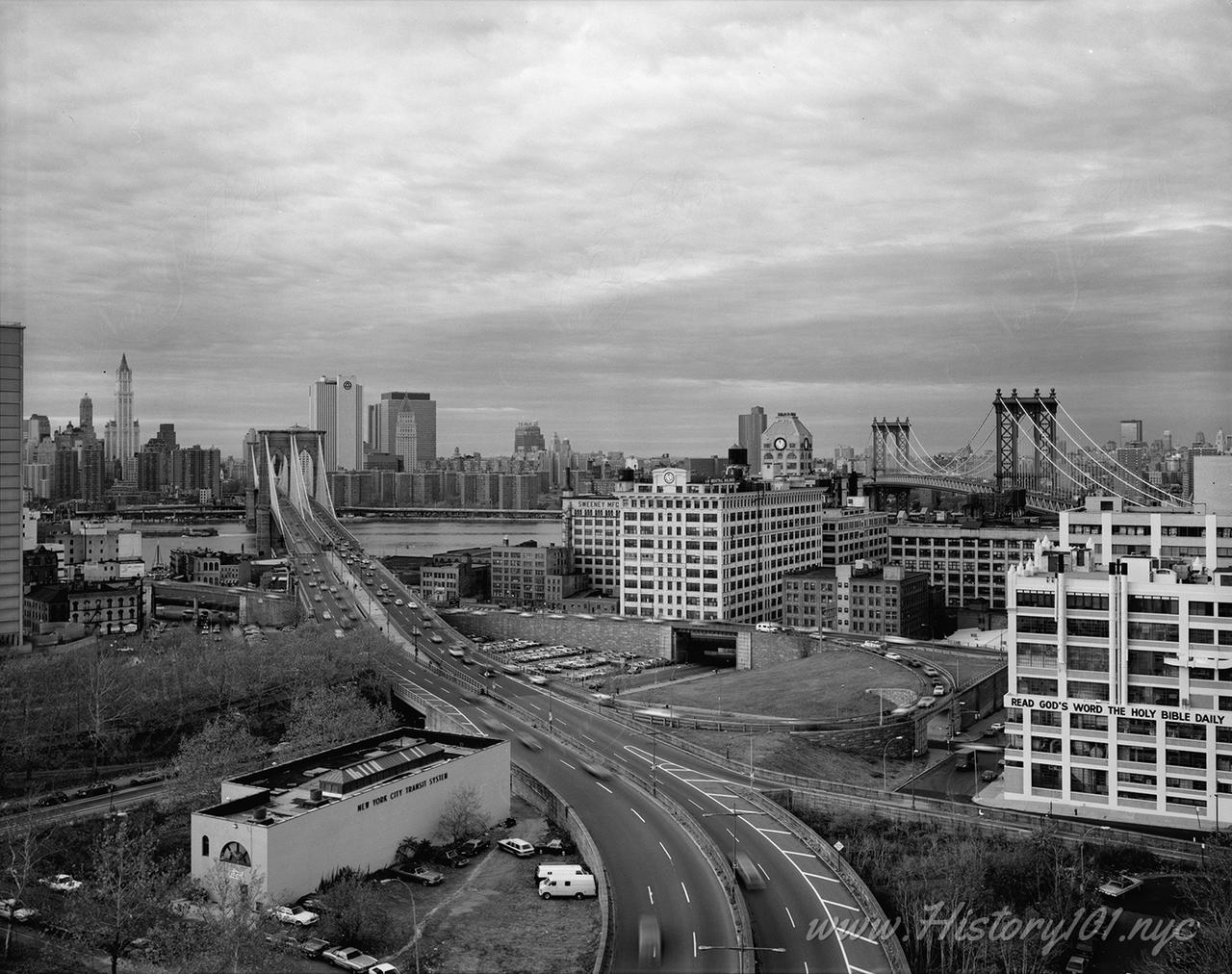 Photograph of Brooklyn with Lower Manhattan skyline in the background. 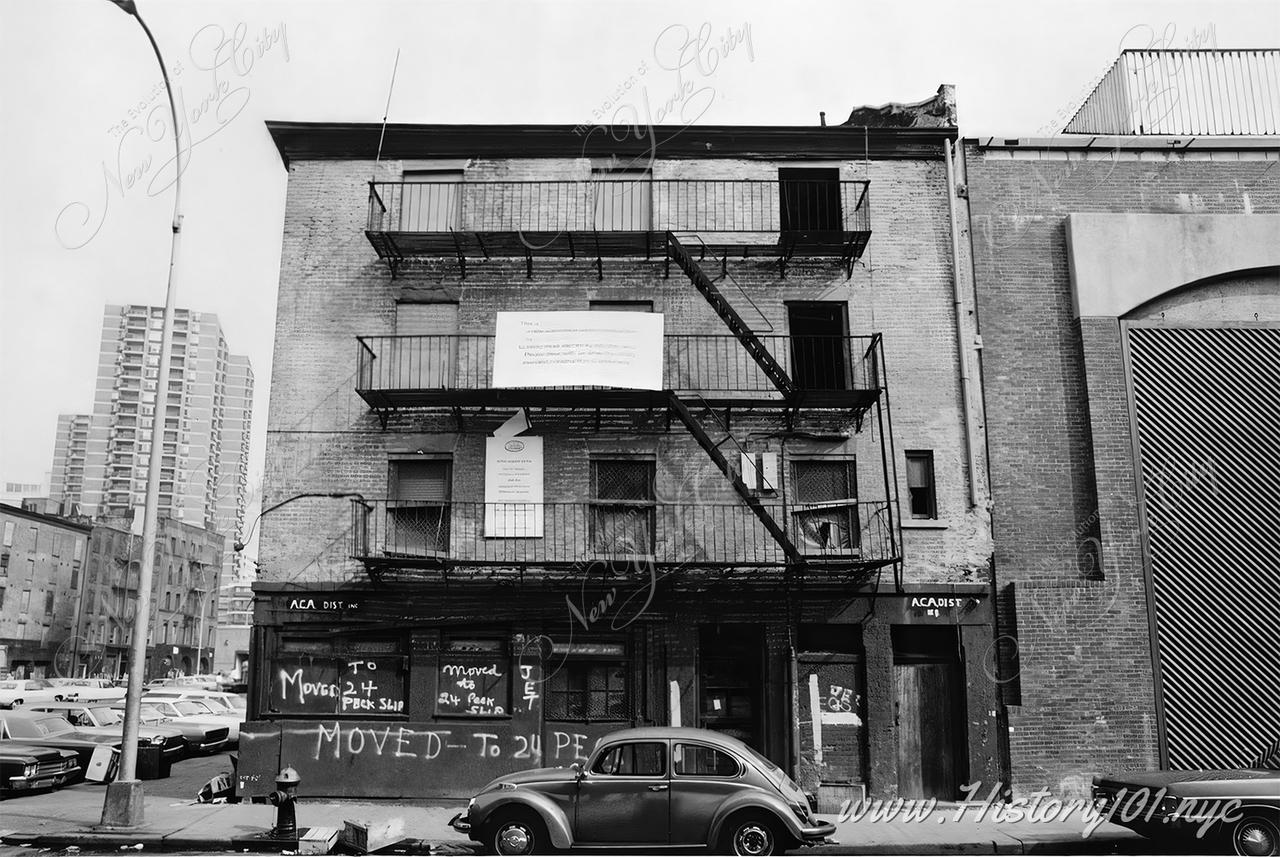 Built at the corner termination of a three store row on Peck Slip for Jasper Ward in 1807, this Federal style building stood next to one of the most important and longest lasting slips in New York City. Like most of the other seaport buildings, 45 Peck Slip became part of the fish market in the late 19th century. 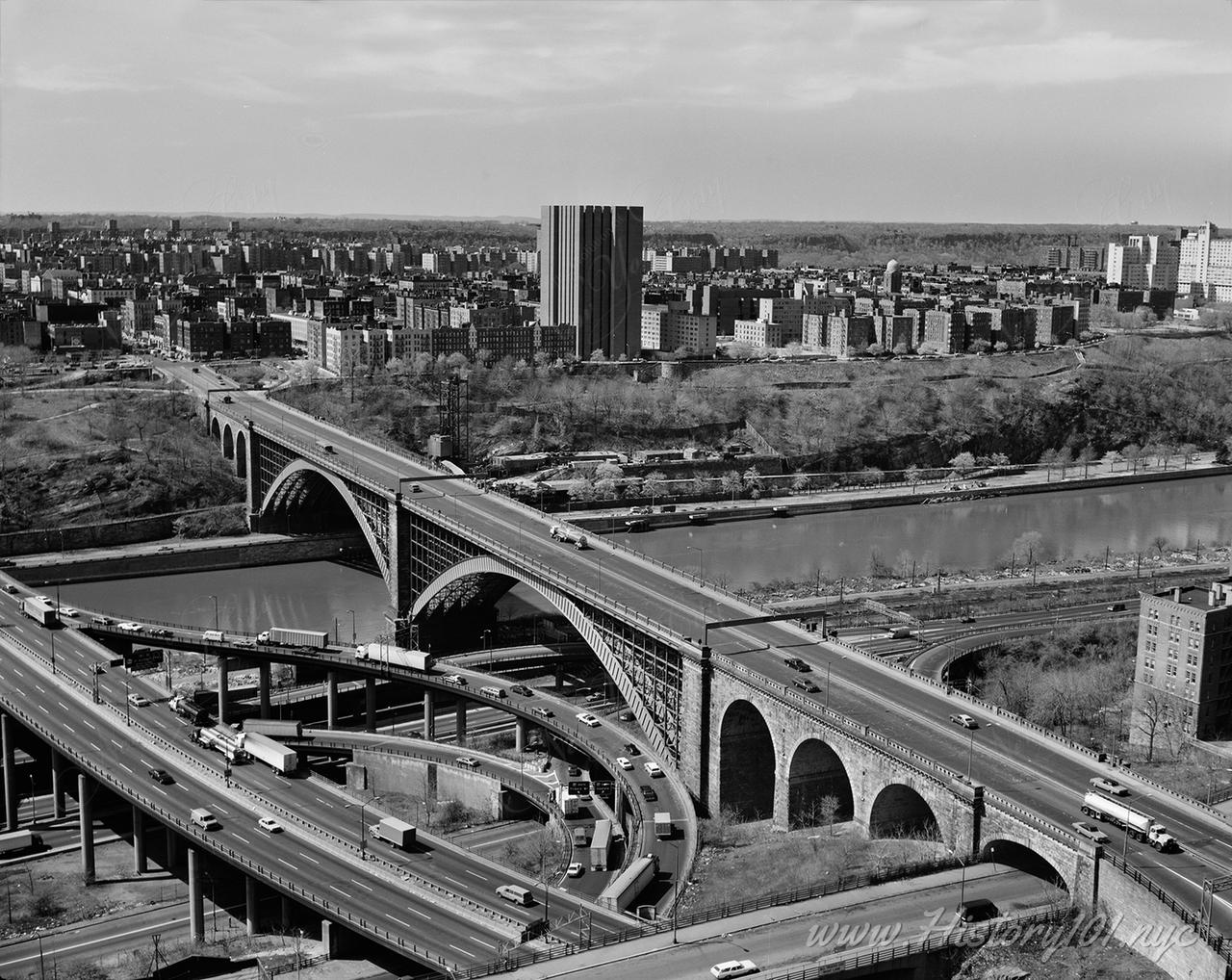 Aerial photograph of the Washington Bridge across the Harlem River, connecting the boroughs of Manhattan and The Bronx. 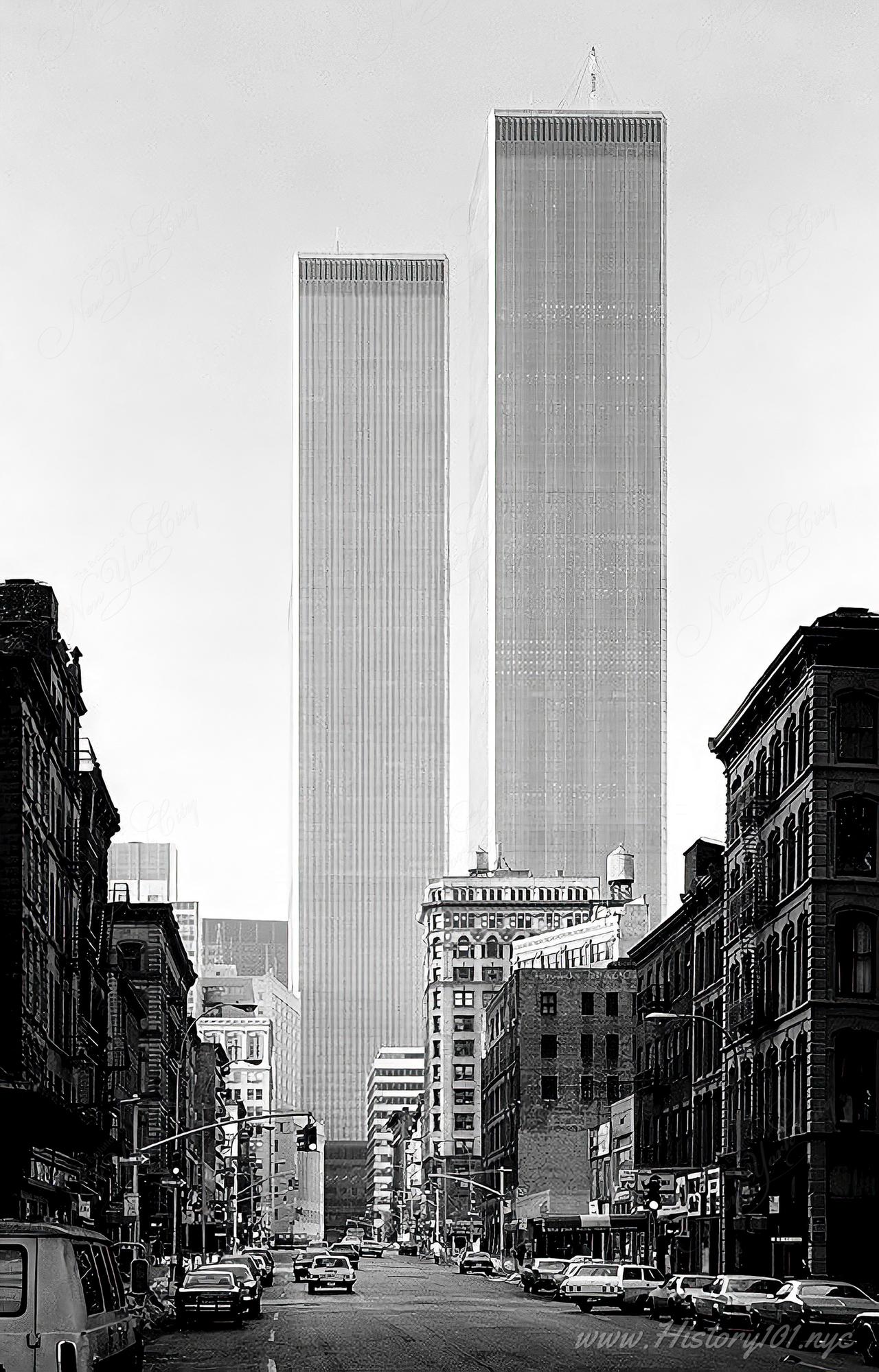 1978: Lower East Side View of the Twin Towers

Photograph of the Lower East SIde, looking down Henry Street towards the World Trade Center. 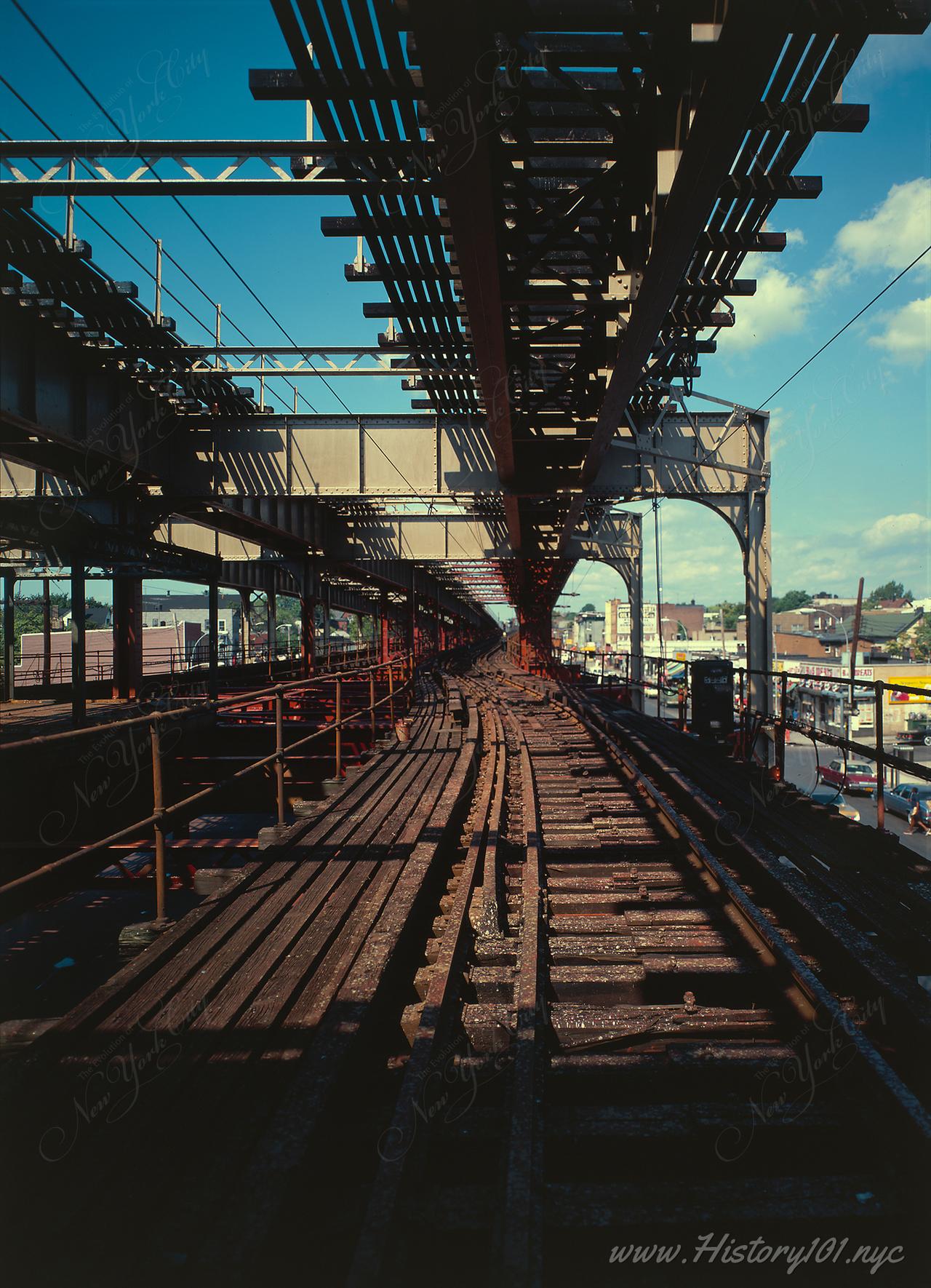 Color photograph of the Third Avenue ELevated Railroad tracks on a clear day. 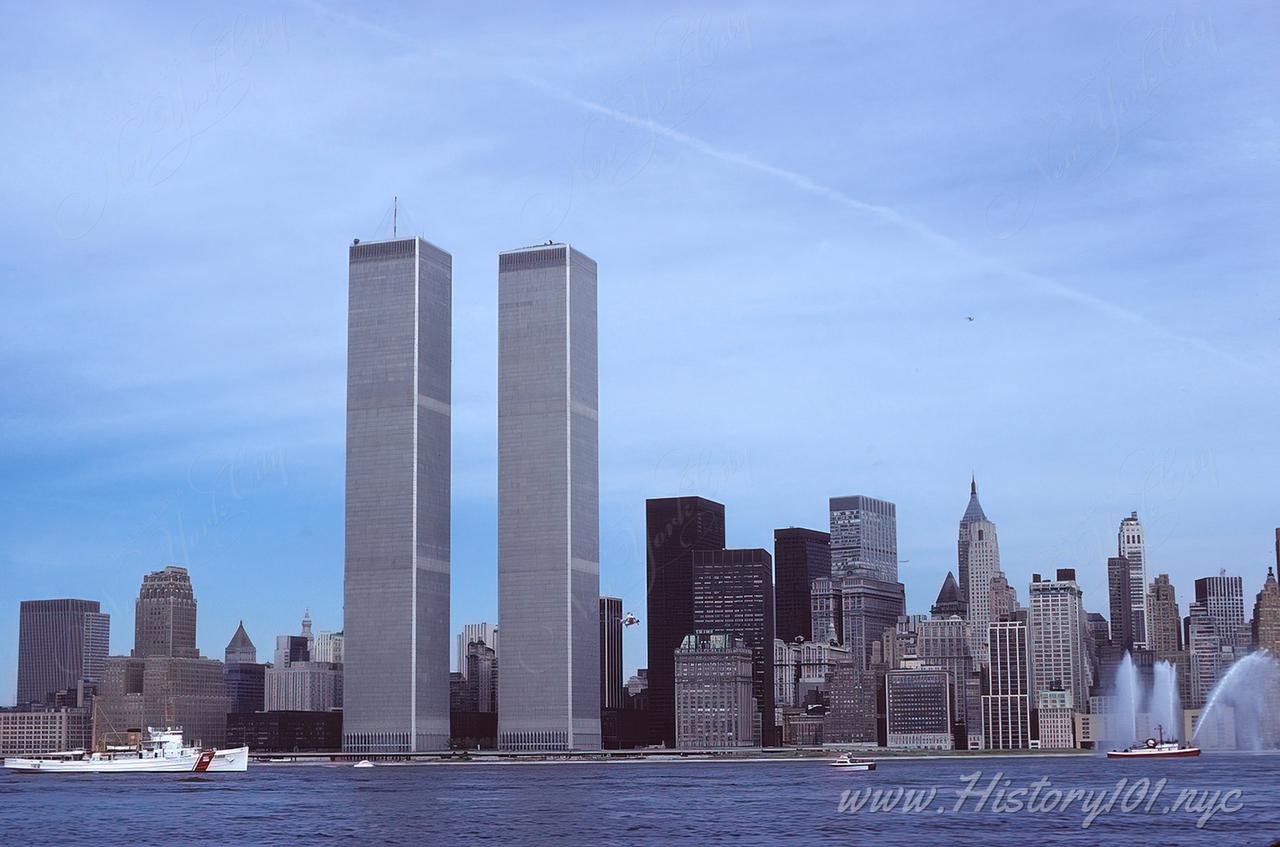