In the late 50s New York is still coasting on the success of the previous decade. The economy is strong and the population has just passed 7.7 million people. Air travel has become affordable for the working class, leading to the construction of TWAs iconic terminal, and a lot more immigration. Puerto Rico becomes a US territory, granting citizenship to its inhabitants and establishing a strong link between the City of Dreams and the caribbean’s richest port. The Puerto Rican Parade begins its yearly celebration and the musical “West Side Story” becomes a box office hit. The Guggenheim Museum building opens and The Village Voice newspaper begins publication. A sister city relationship is established with Tokyo, Japan – a move which benefits both communities in the long term while increasing the City’s international profile. 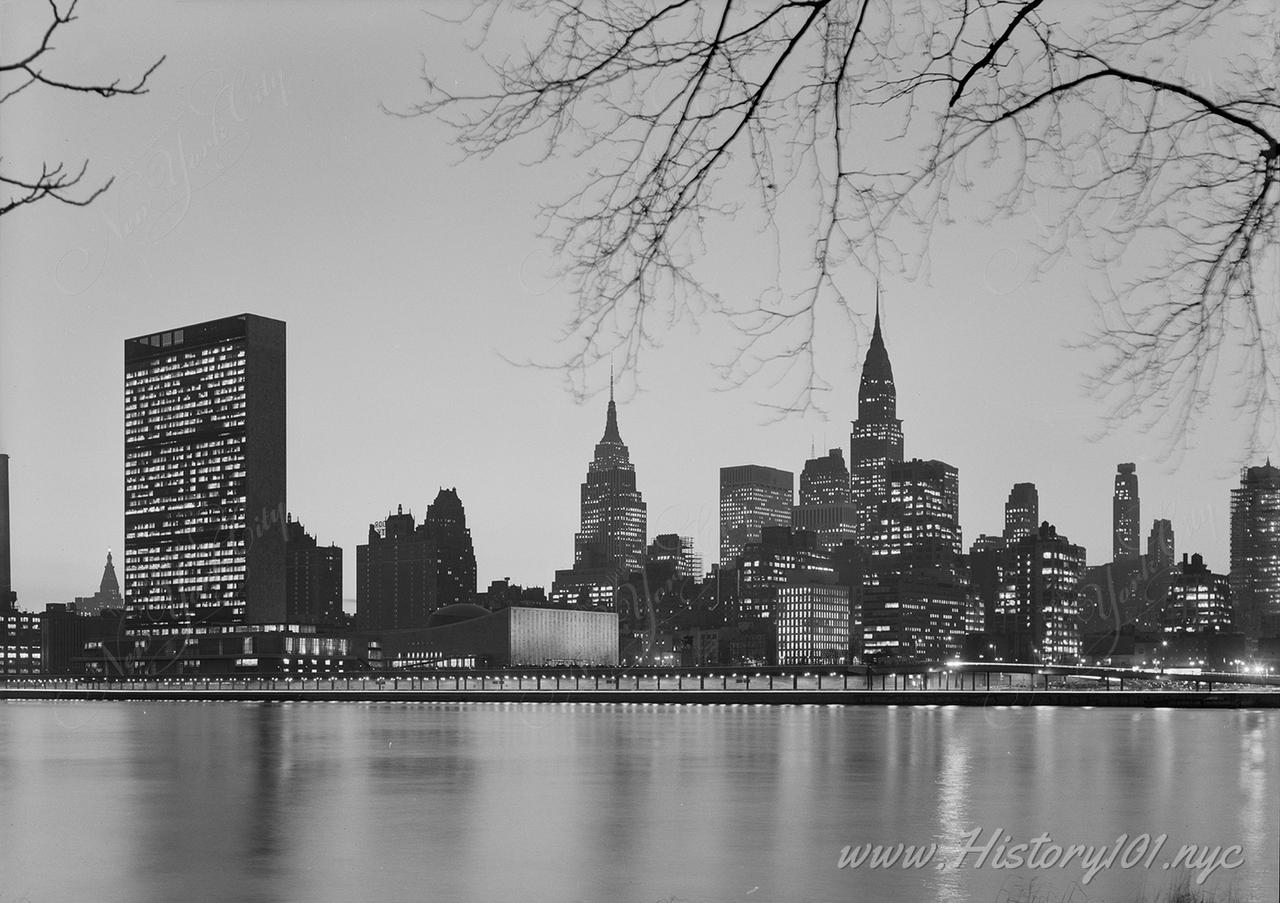 Panoramic photograph of Manhattan's skyline taken from Roosevelt Island, known at the time as "Welfare Island". 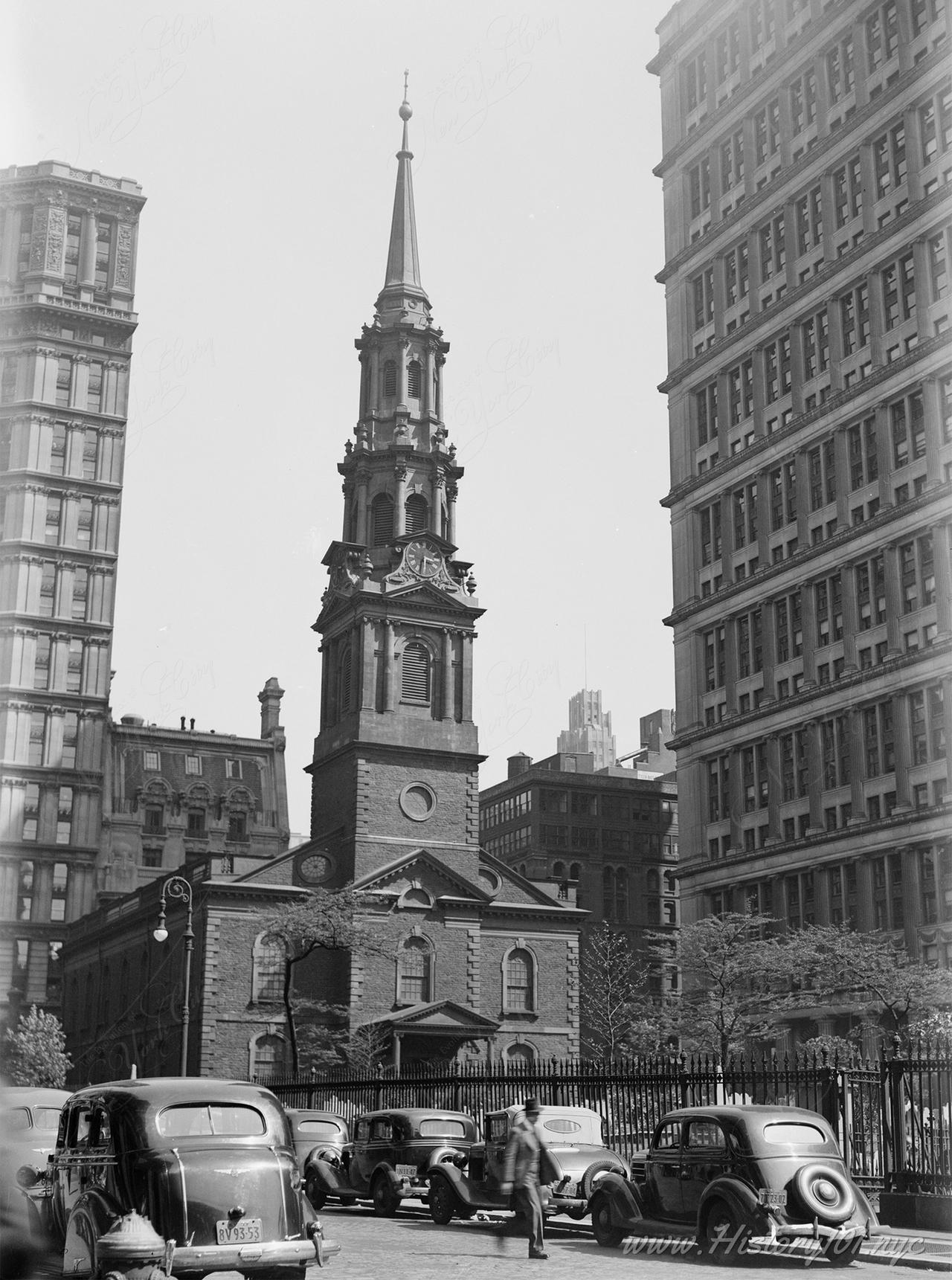 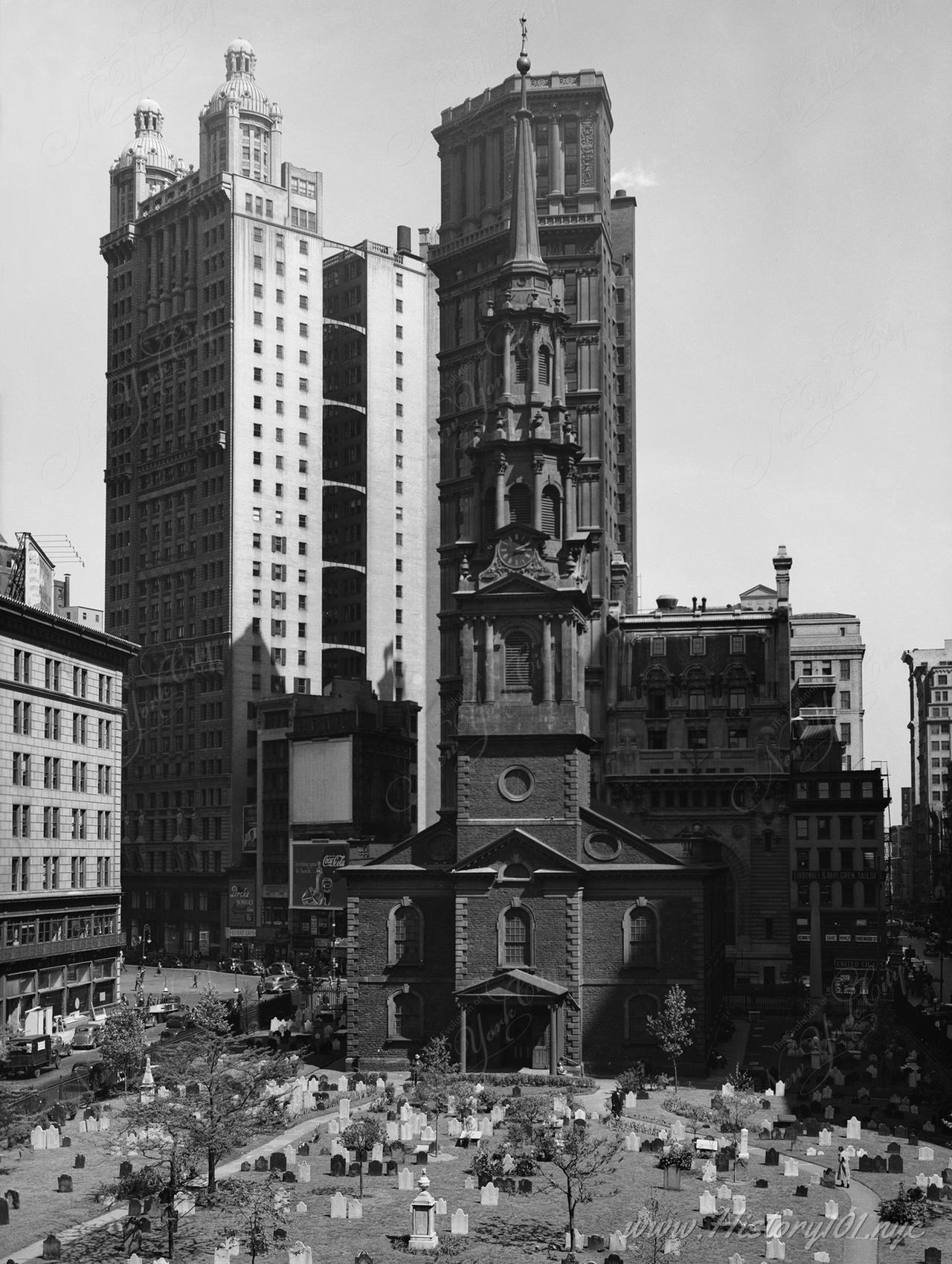 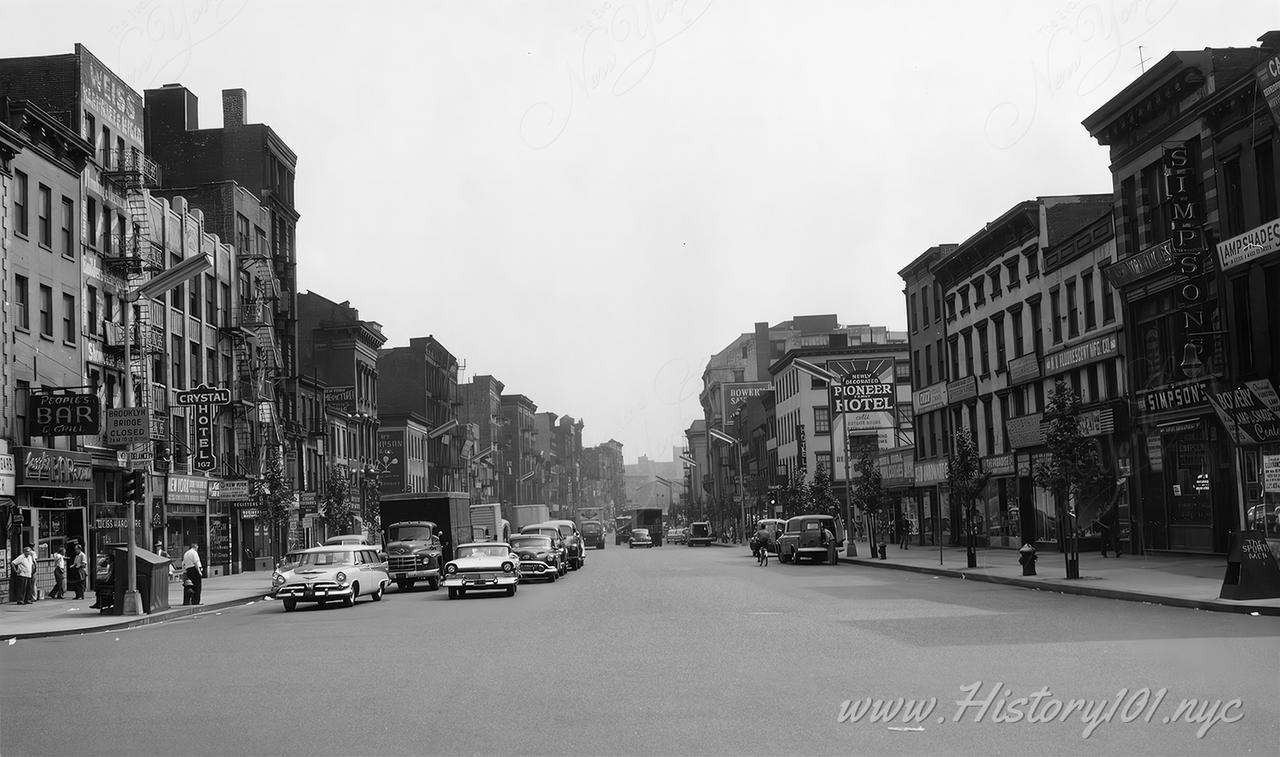 Photograph of The Bowery and Delancey Street showing cars at a stoplight and signs for the People's Bar, and the Crystal Hotel and Pioneer Hotel in distance. 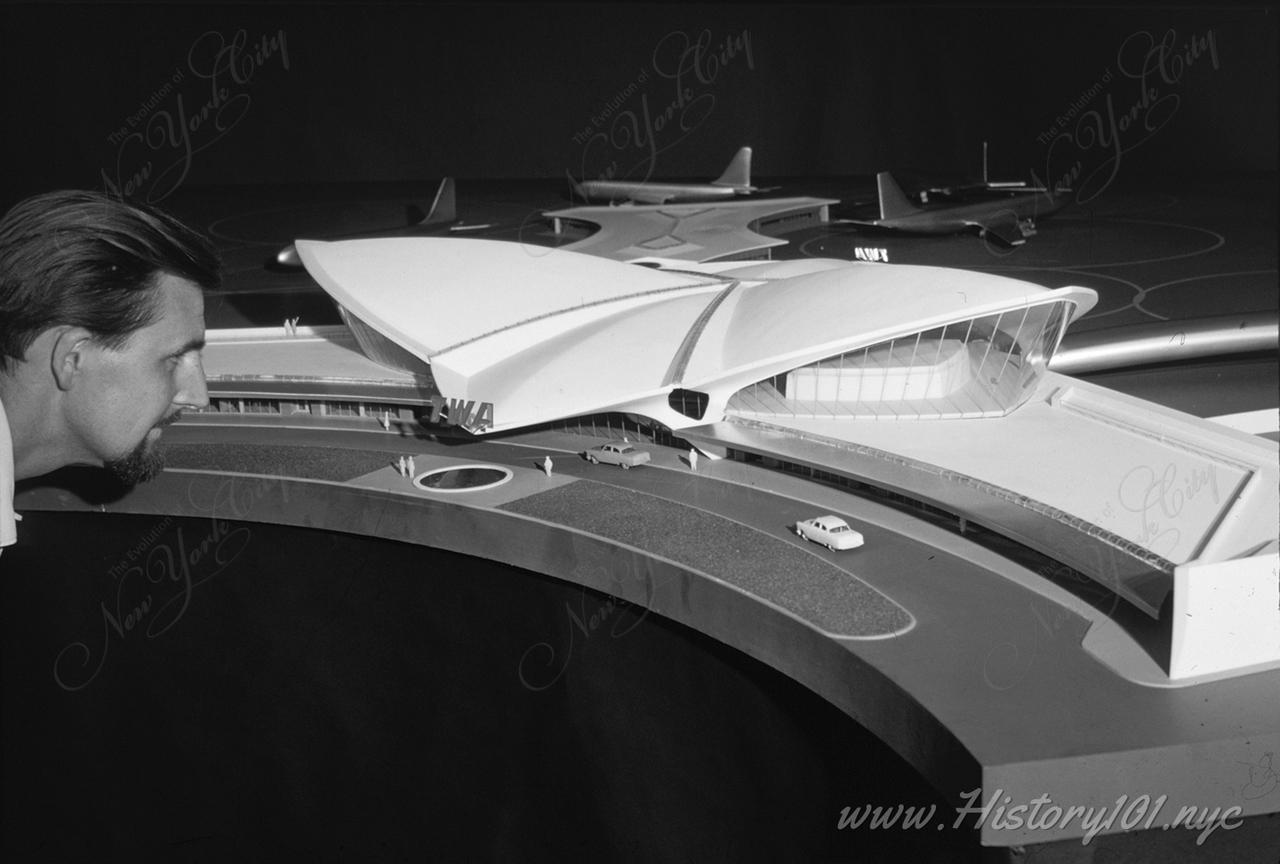 Photograph of architect Balthazar Korab with a scale model of his proposed design for the Trans World Airlines Terminal and John F. Kennedy Airport in Queens. 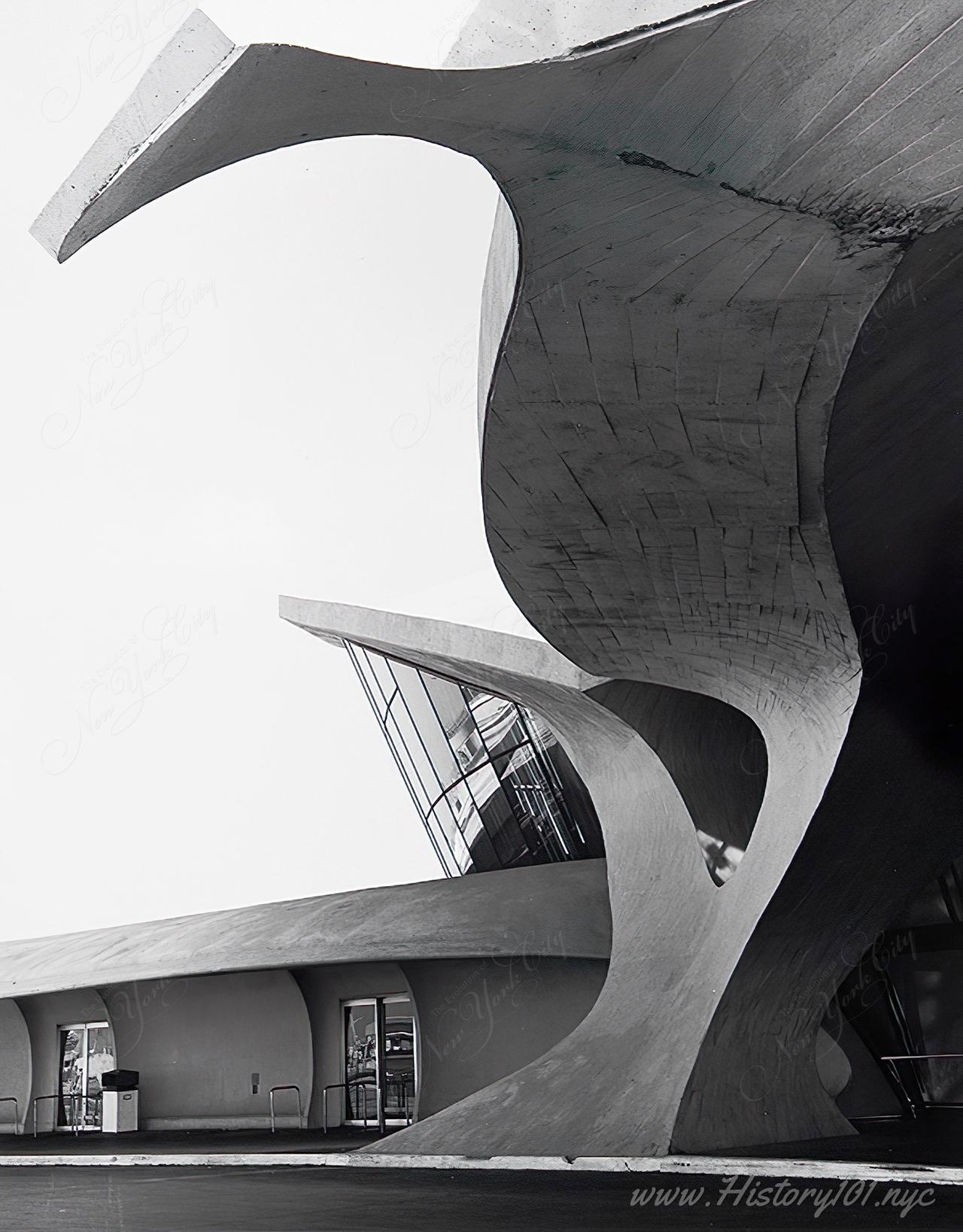 Photograph of an exterior wall of the Trans World Airlines Terminal which highlights its mid-century modern aesthetic. 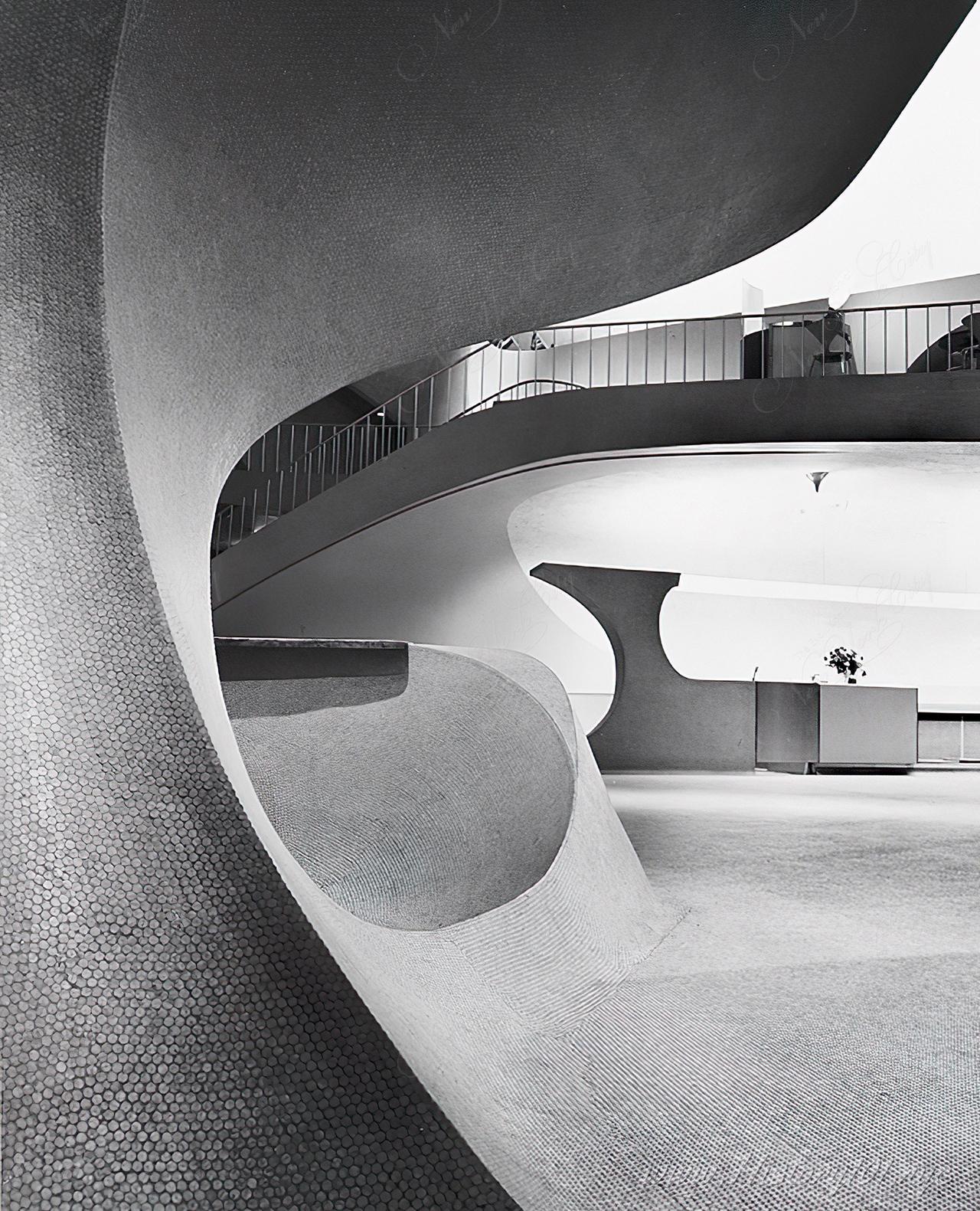 Photograph of TWA Terminal Interior. On the left we see the mezzanine support structure with ticket counters beyond the right. 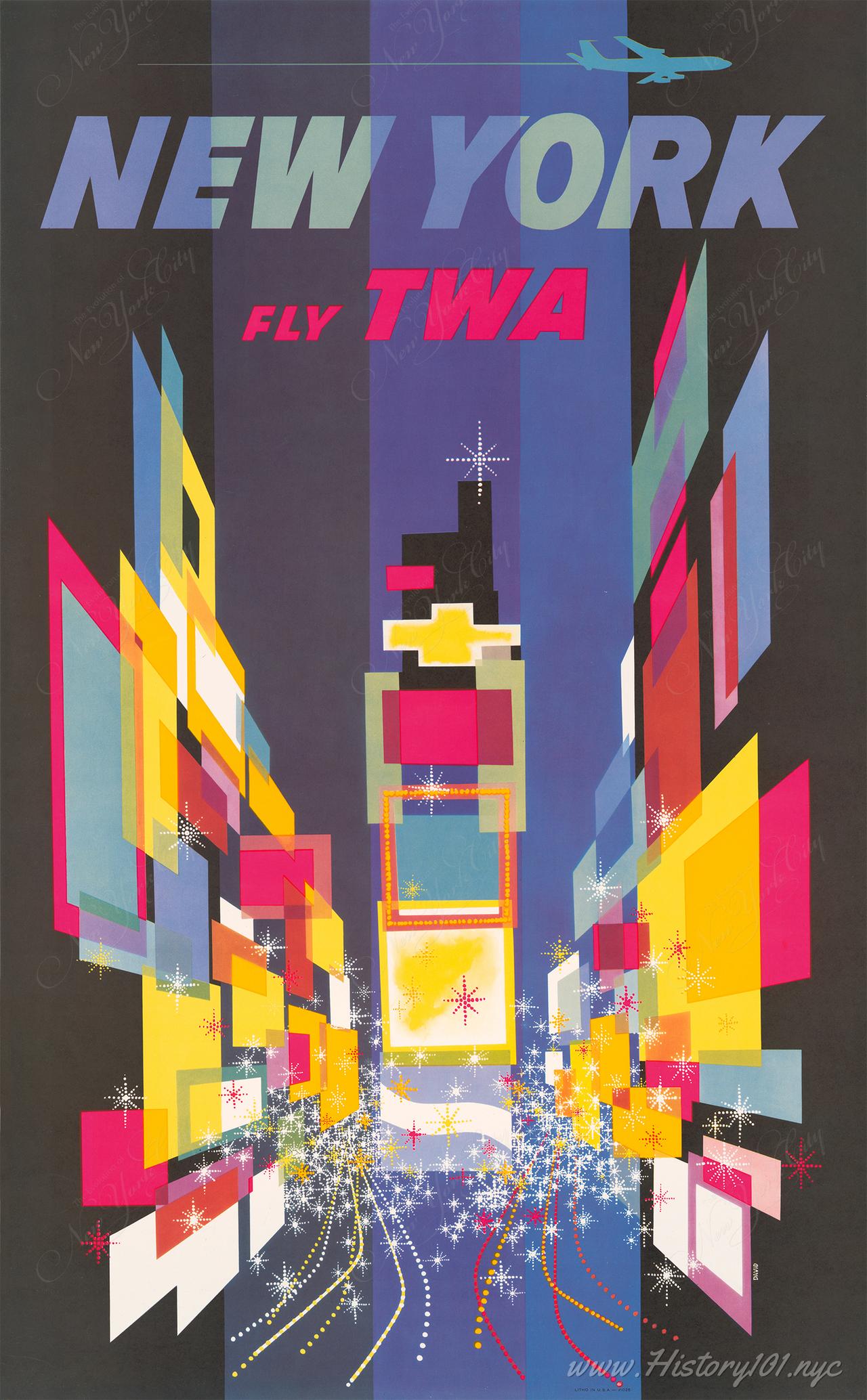 Art poster featuring an abstract interpretation of Times Square in New York with a TWA jet and jetstream at the top of the image. 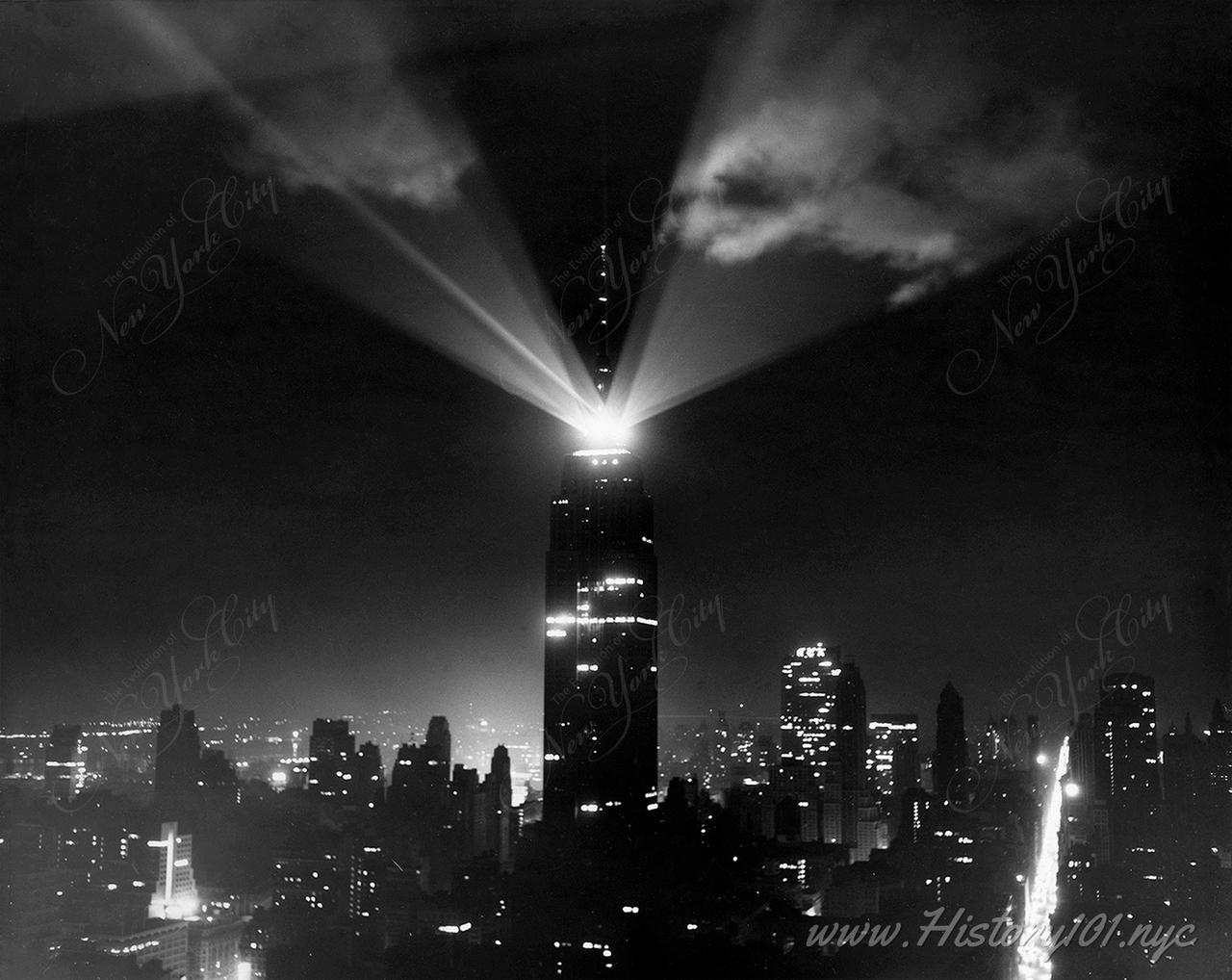 Photograph shows beacon lights beaming brightly from atop the Empire State Building at night illuminating the clouds in the sky. 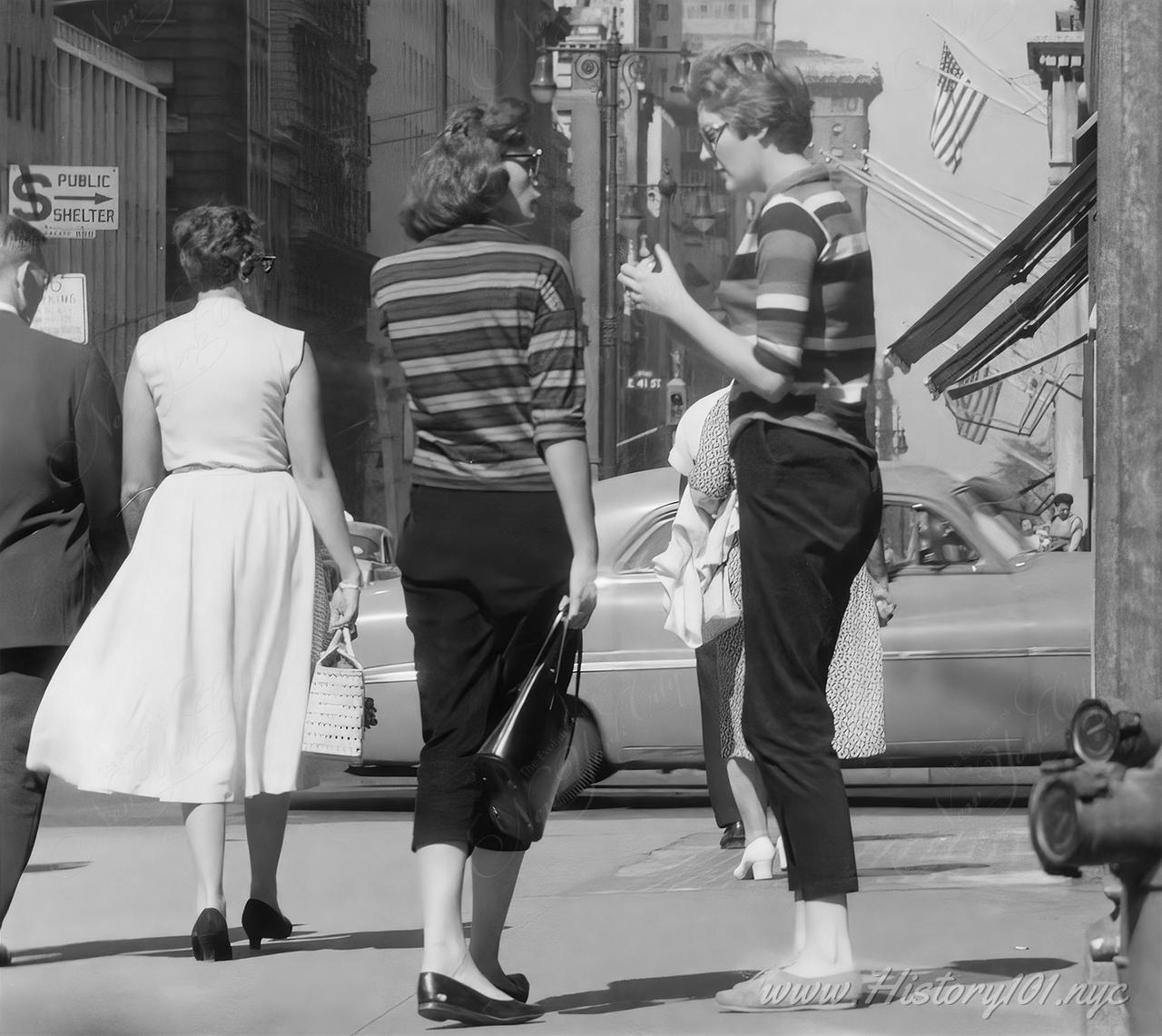 Photograph of two women in striped sweaters chatting on a sidewalk corner near East 41st Street.

Photograph of a man in shorts with feathered cap, standing on a street curb with Macy's department store in the background. 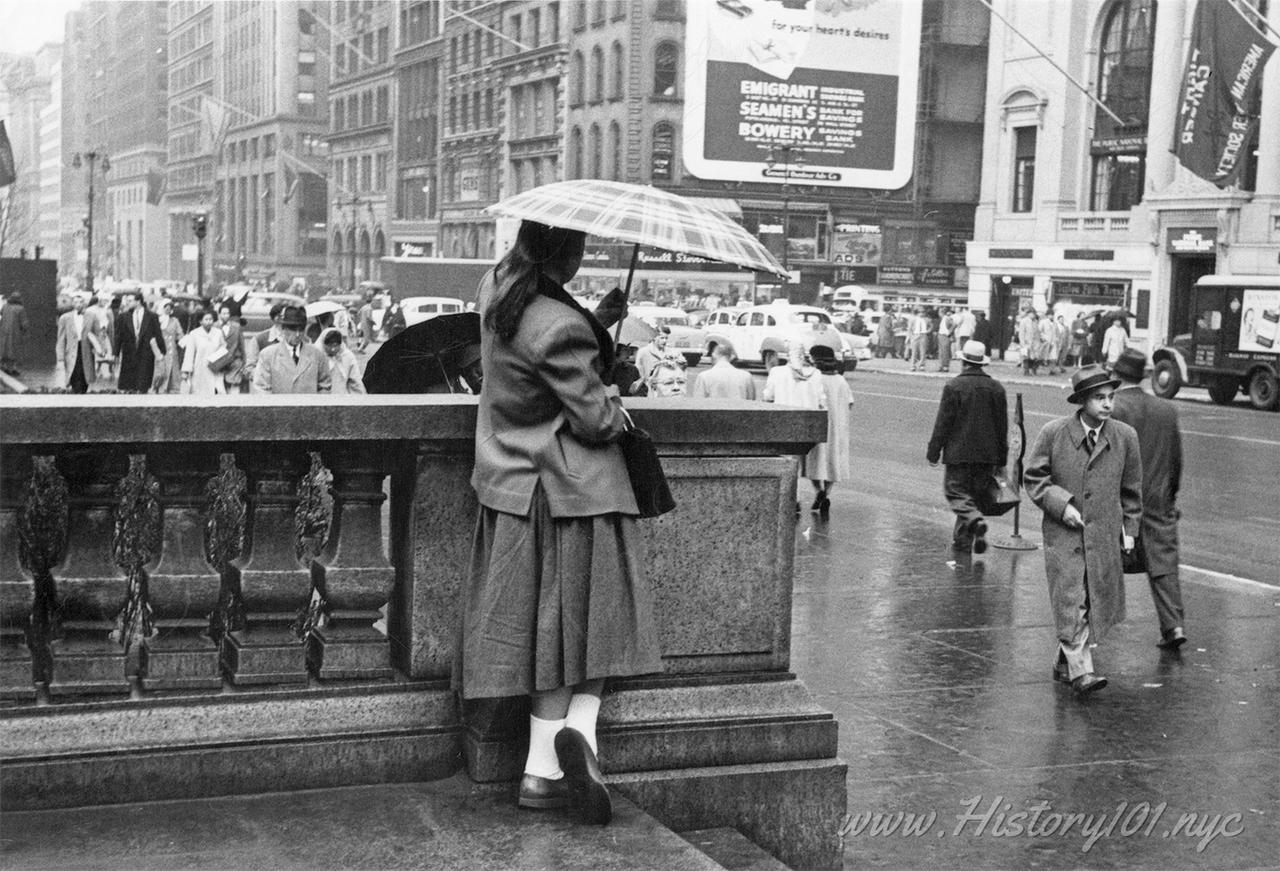 Photograph of a woman holding an umbrella and leaning on a bannister against a bustling backdrop of pedestrians, traffic, and storefronts. 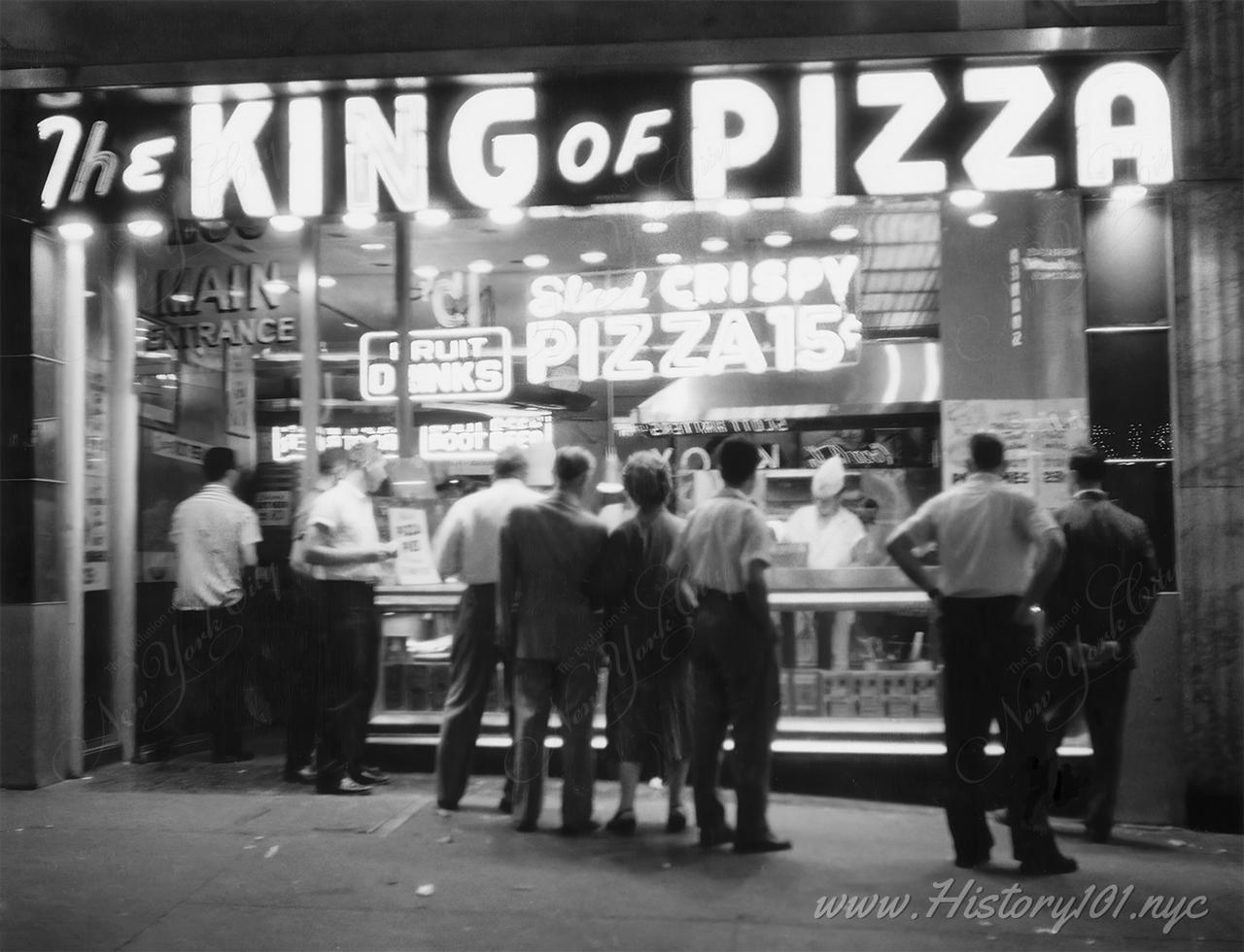 Photograph of customers lined up for a slice at The King of Pizza. 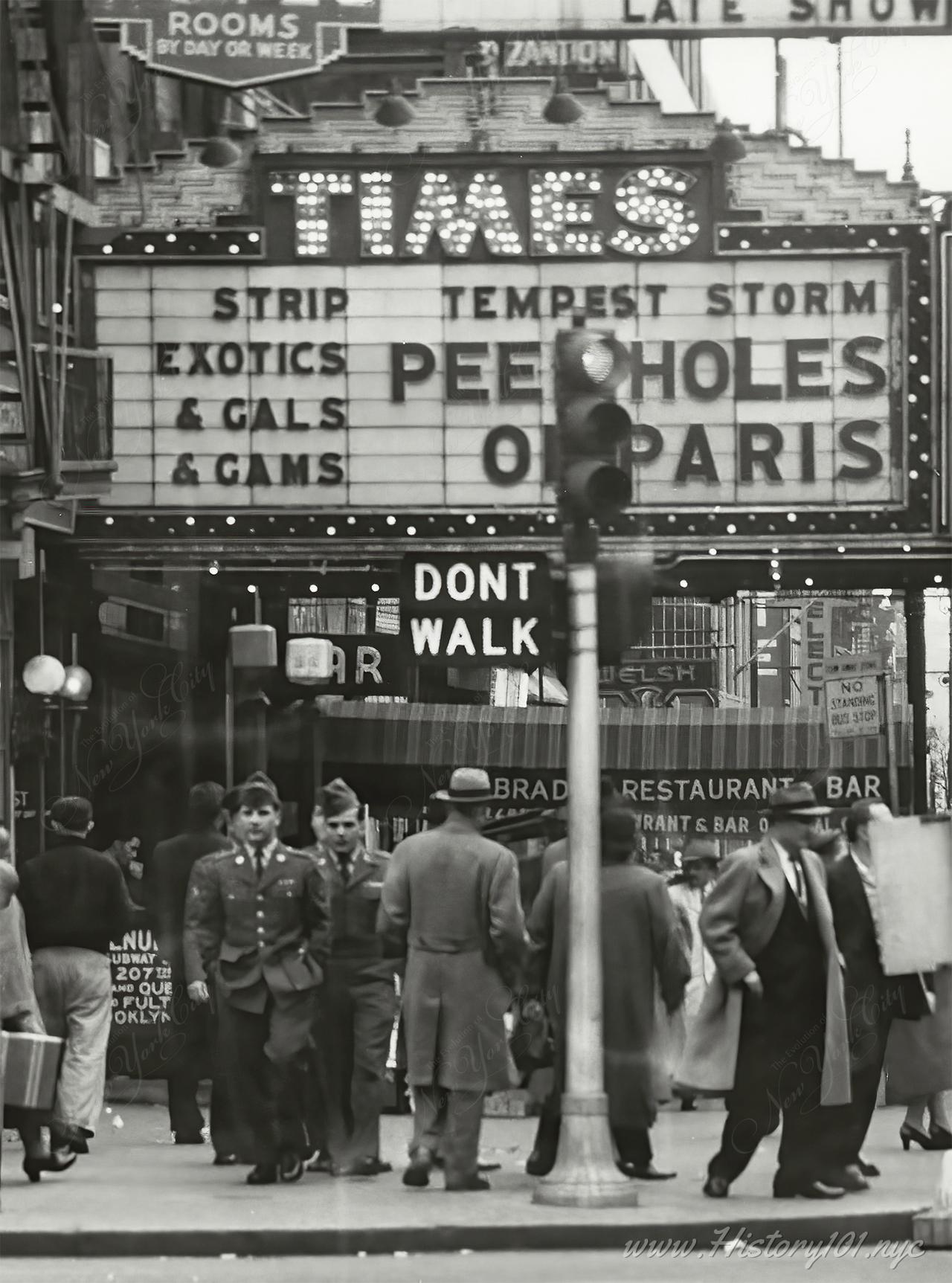 Photograph of Marquee in Times Square - The neighborhood would become renowned for go-go bars and peep show establishments. 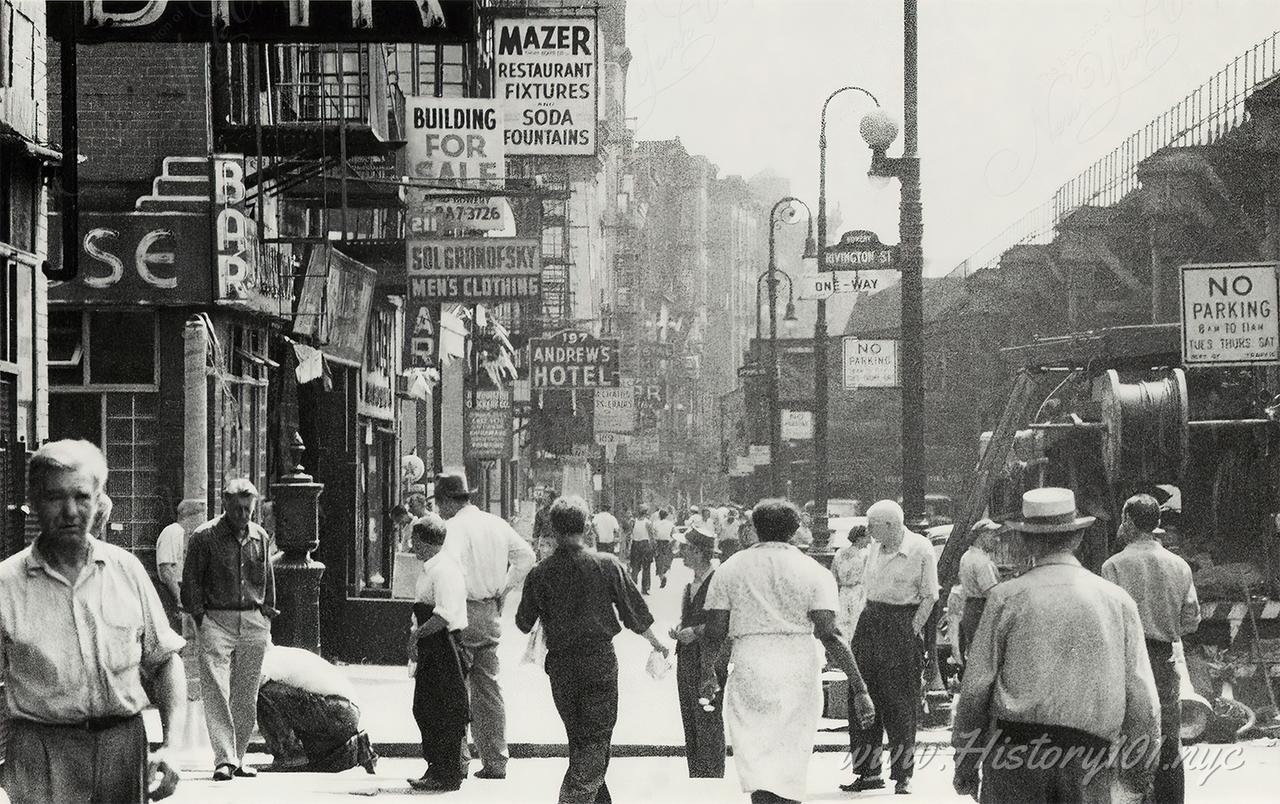 Photograph of Rivington Street bustling with pedestrians against a backdrop of business signs and the local elevated railroad.