The 1890s were a pivotal point in NYC history. Washington Square Arch, Carnegie Hall are built and the New York Public Library established while the U.S. Immigrant Inspection Station begins operating on Ellis Island. The City of Greater New York created, consolidating the existing City of New York with the eastern Bronx, Brooklyn, most of Queens County, and Staten Island. 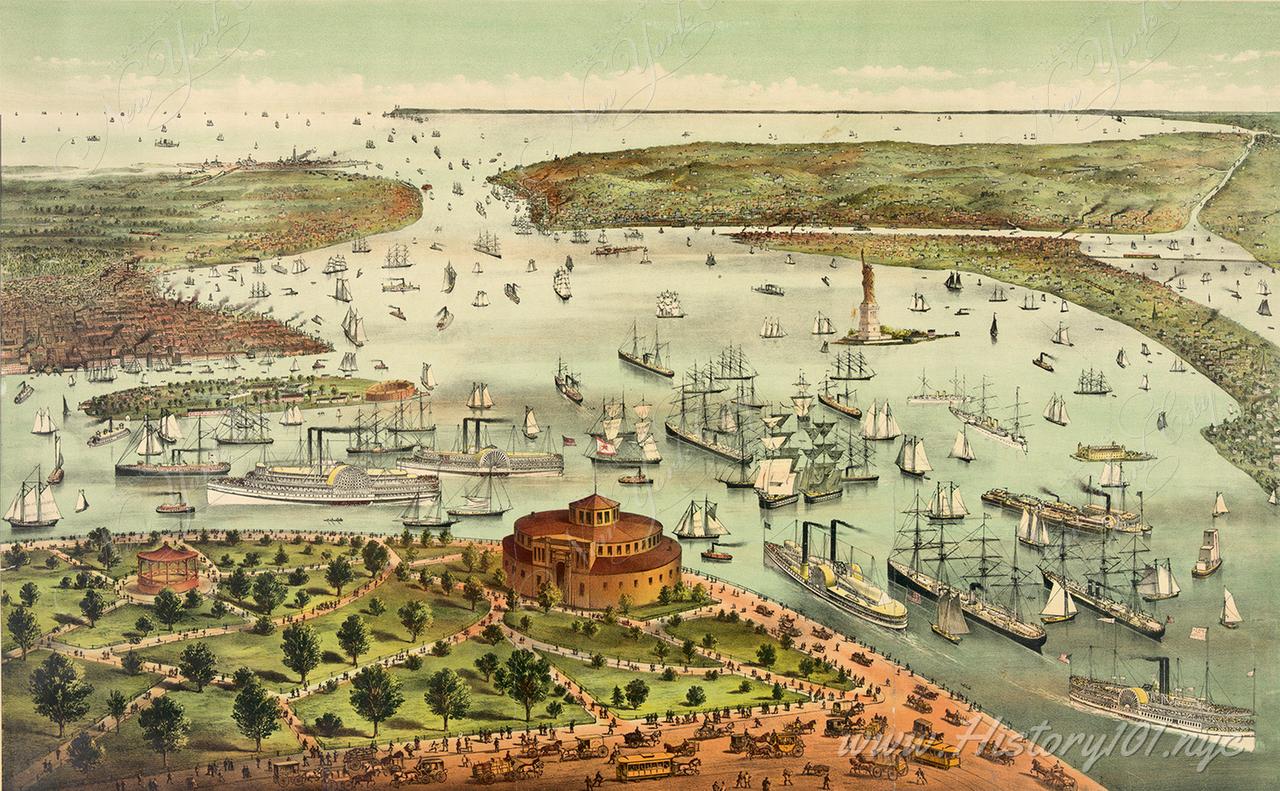 The Port of New York - a bird's eye view from the Battery, looking south. 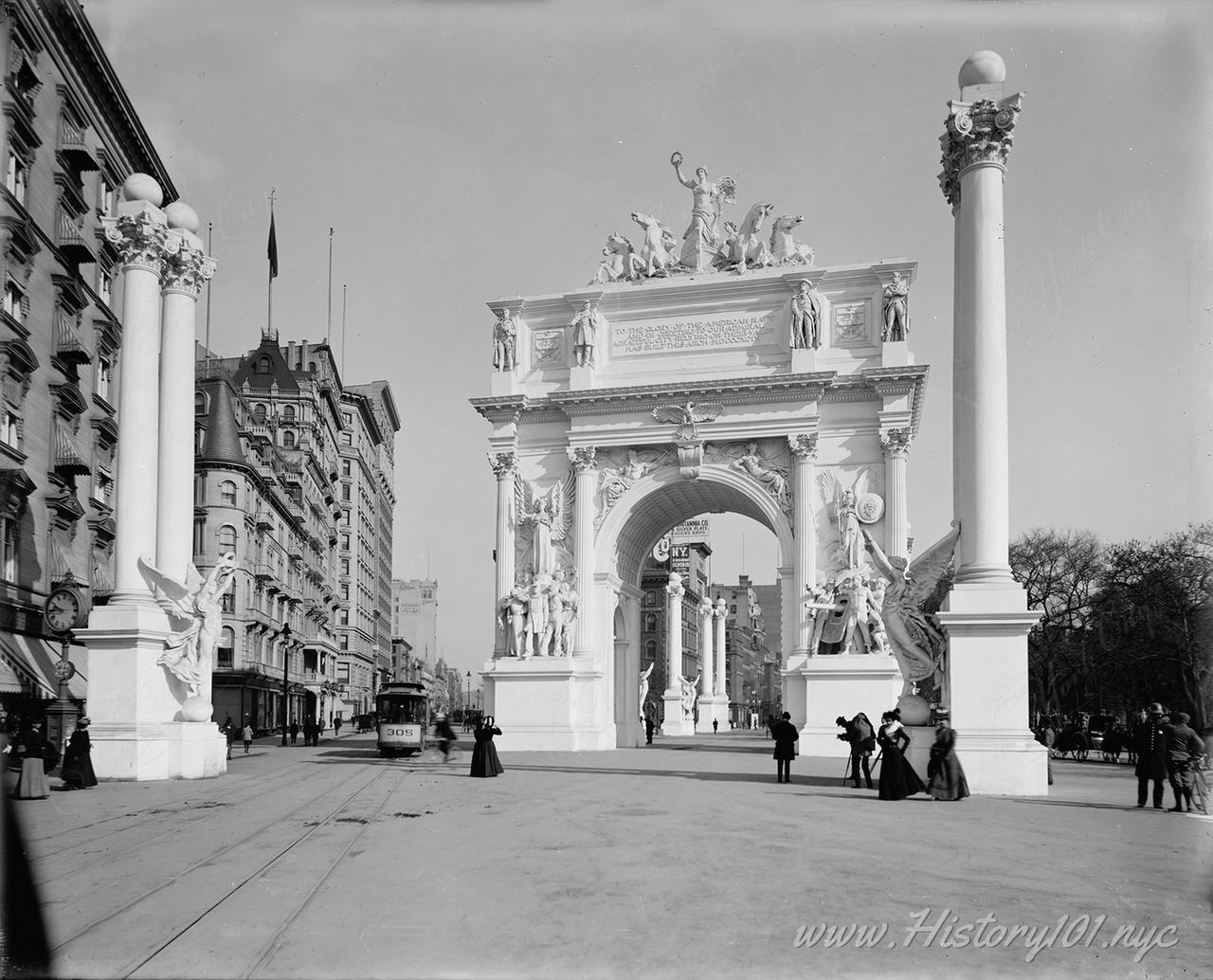 The Dewey Arch was a triumphal arch that stood from 1899 to 1900 at Madison Square in Manhattan. It was erected for a parade in honor of Admiral George Dewey. 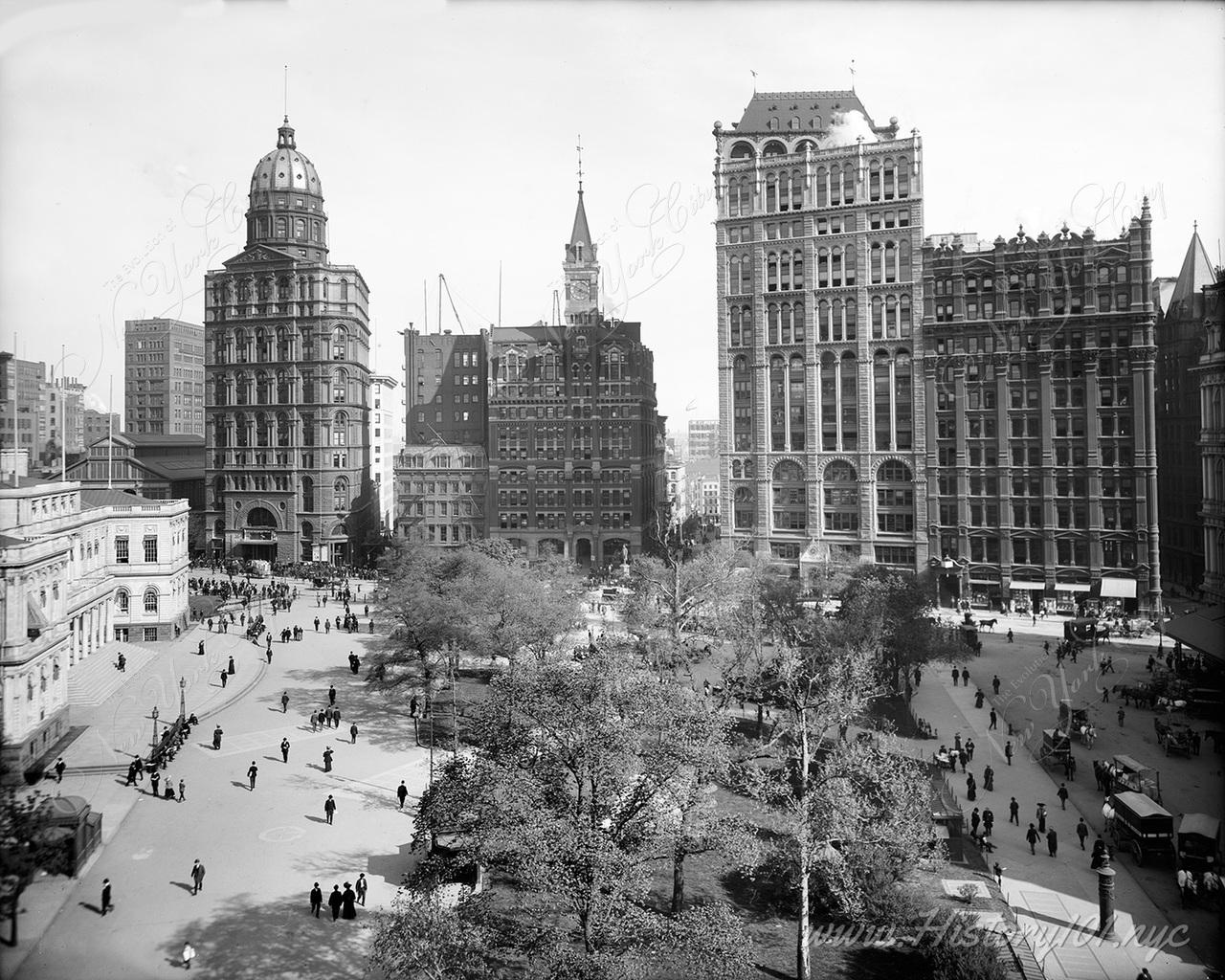 An aerial photograph of Park Row, also known as Newspaper Row as it became the epicenter of 19th century news. 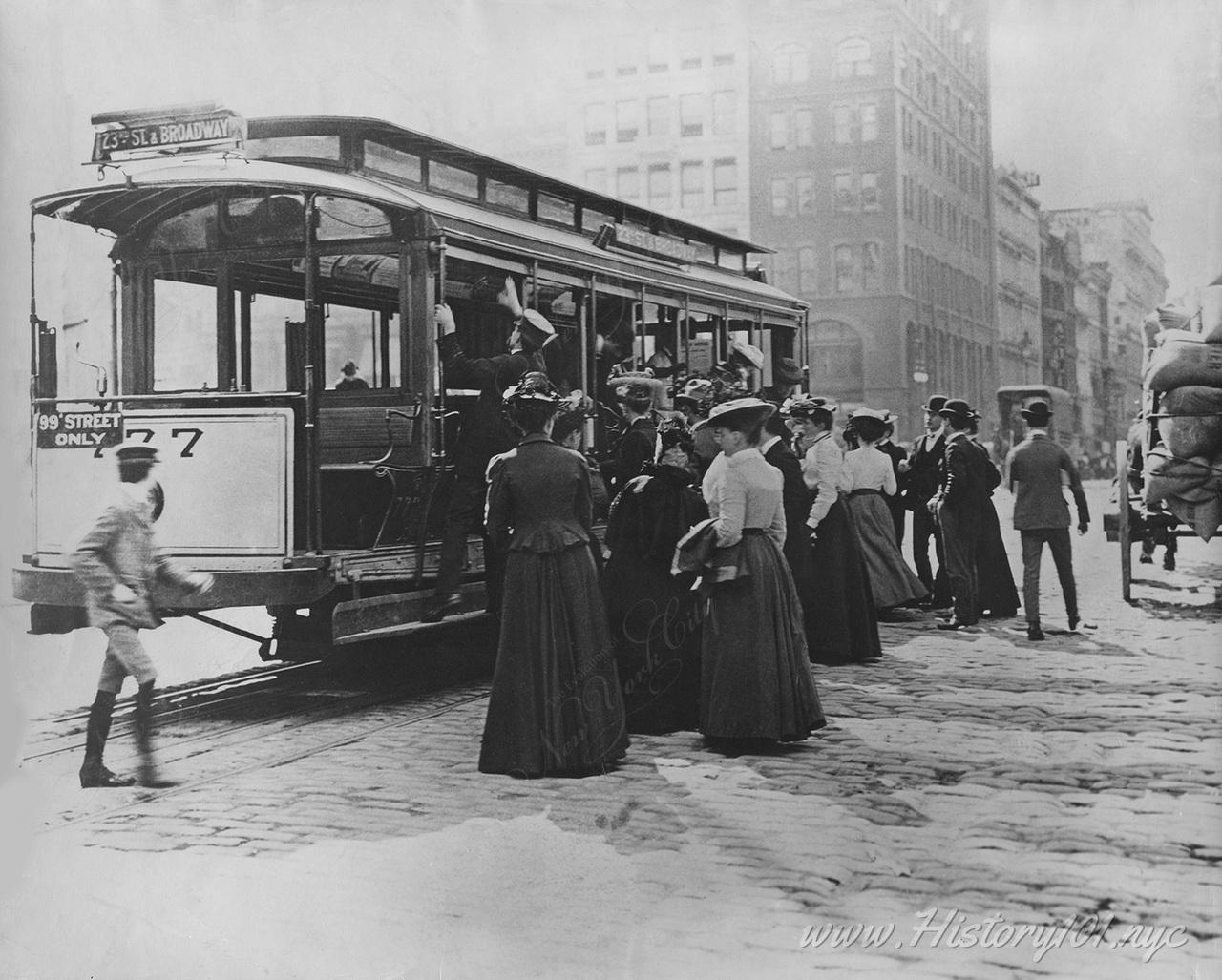 Photograph of commuters waiting to board a New York City streetcar, headed towards 23rd Street and Broadway. 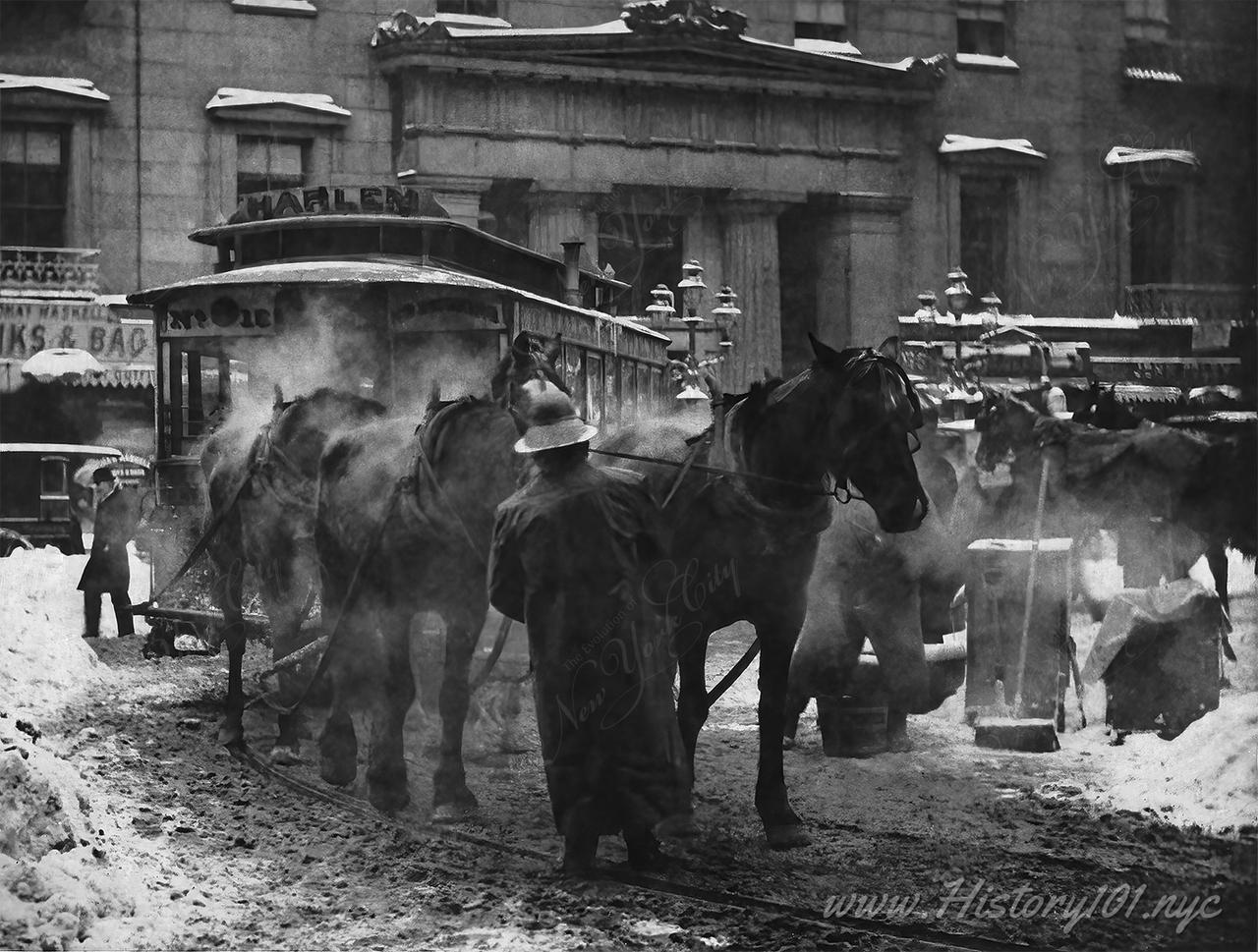 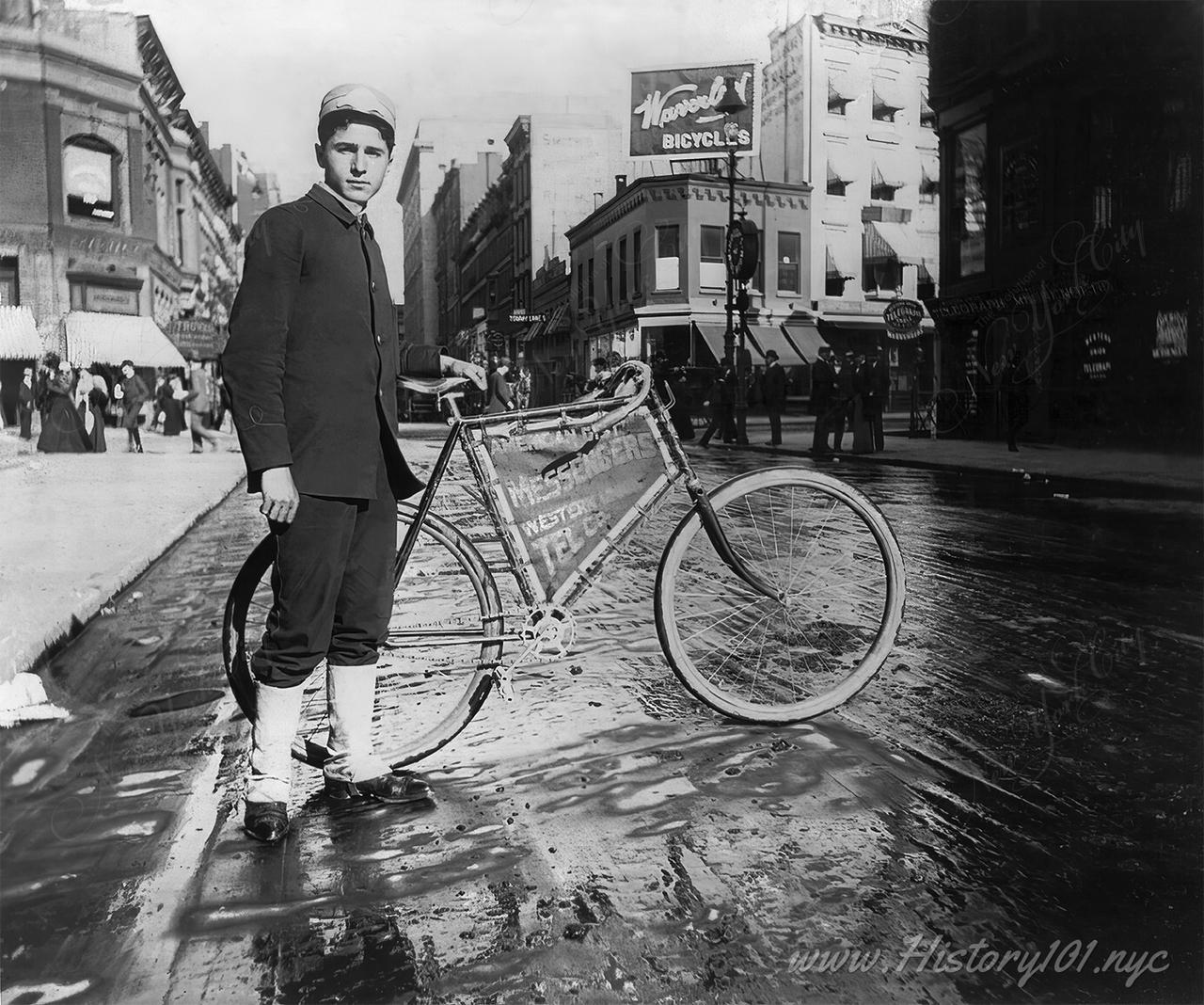 Photograph of a young messenger posing with his bicycle. 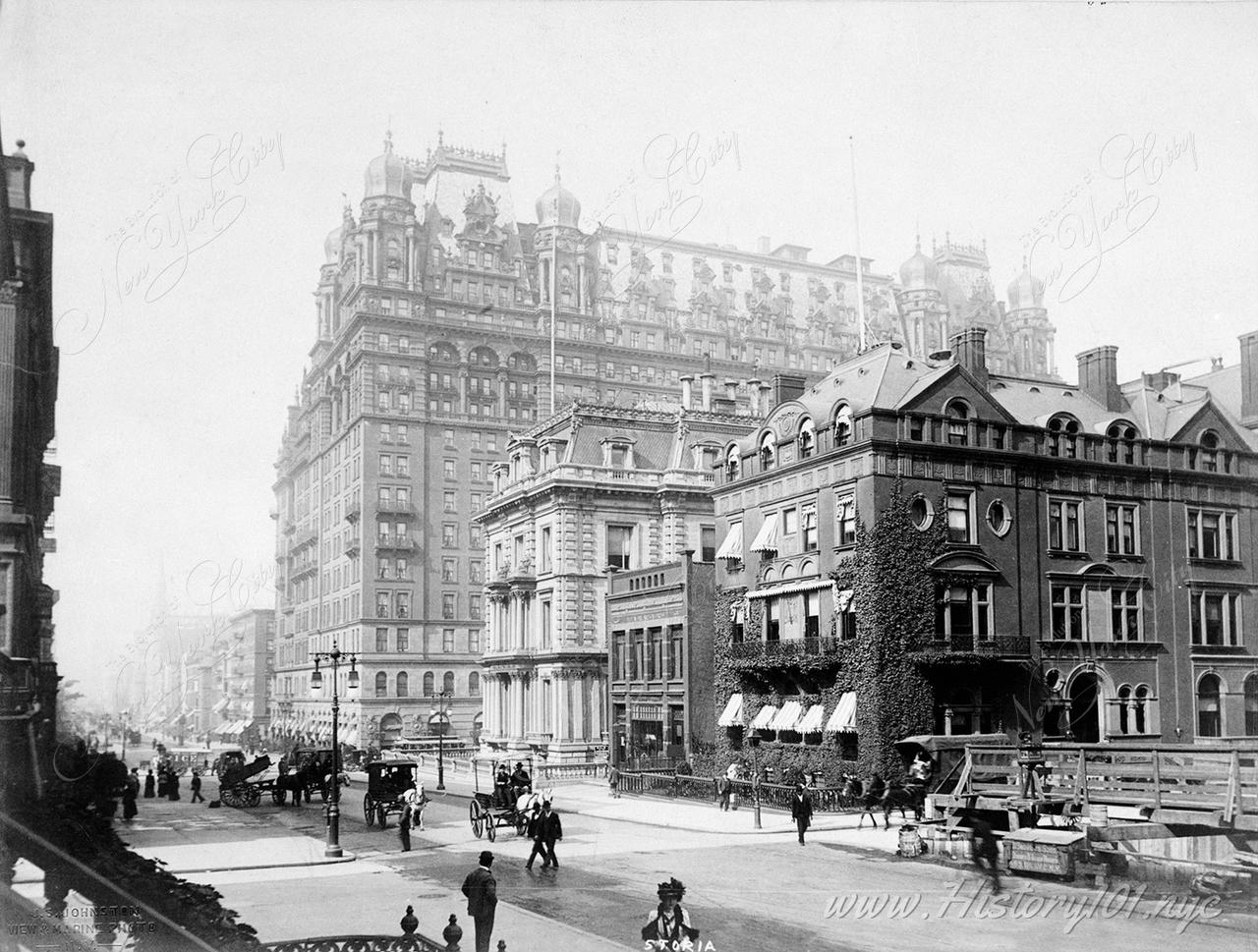 Photograph of the Waldorf-Astoria built in 1893 on 5th Avenue, south from 35th Street. 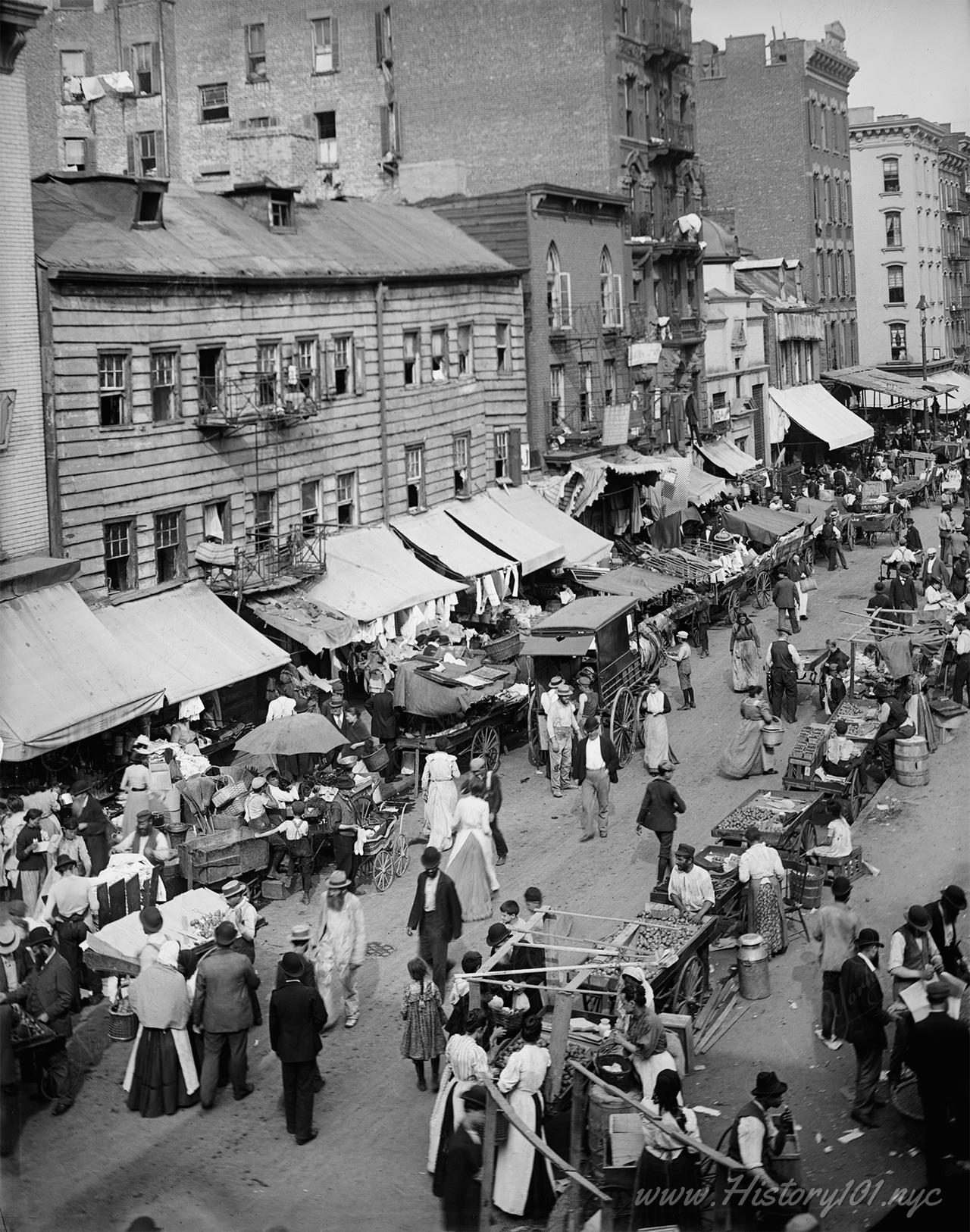 Photograph of a busy East side street lined with Jewish markets and filled with pedestrians. 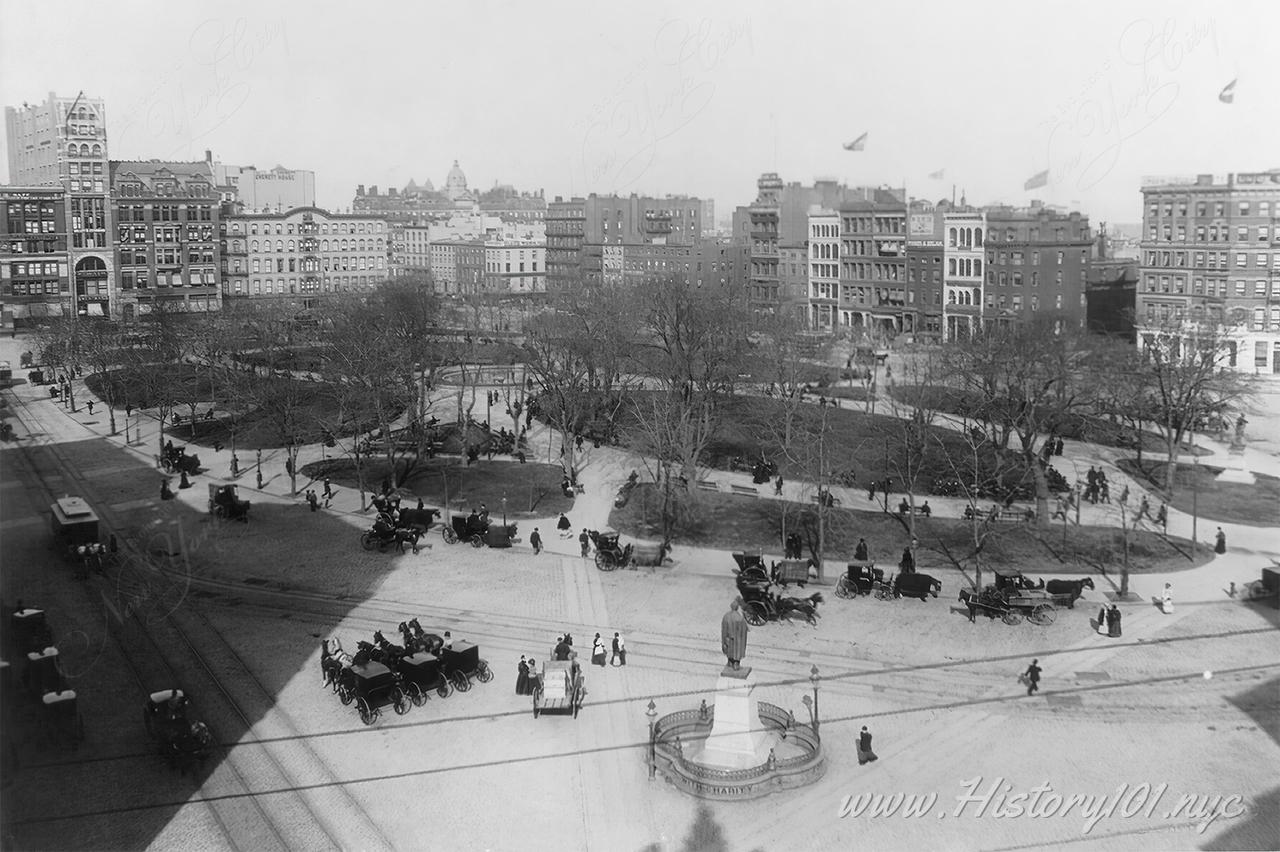 Aerial photograph above Union Square filled with people and horses and the Lincoln Statue in the foreground. 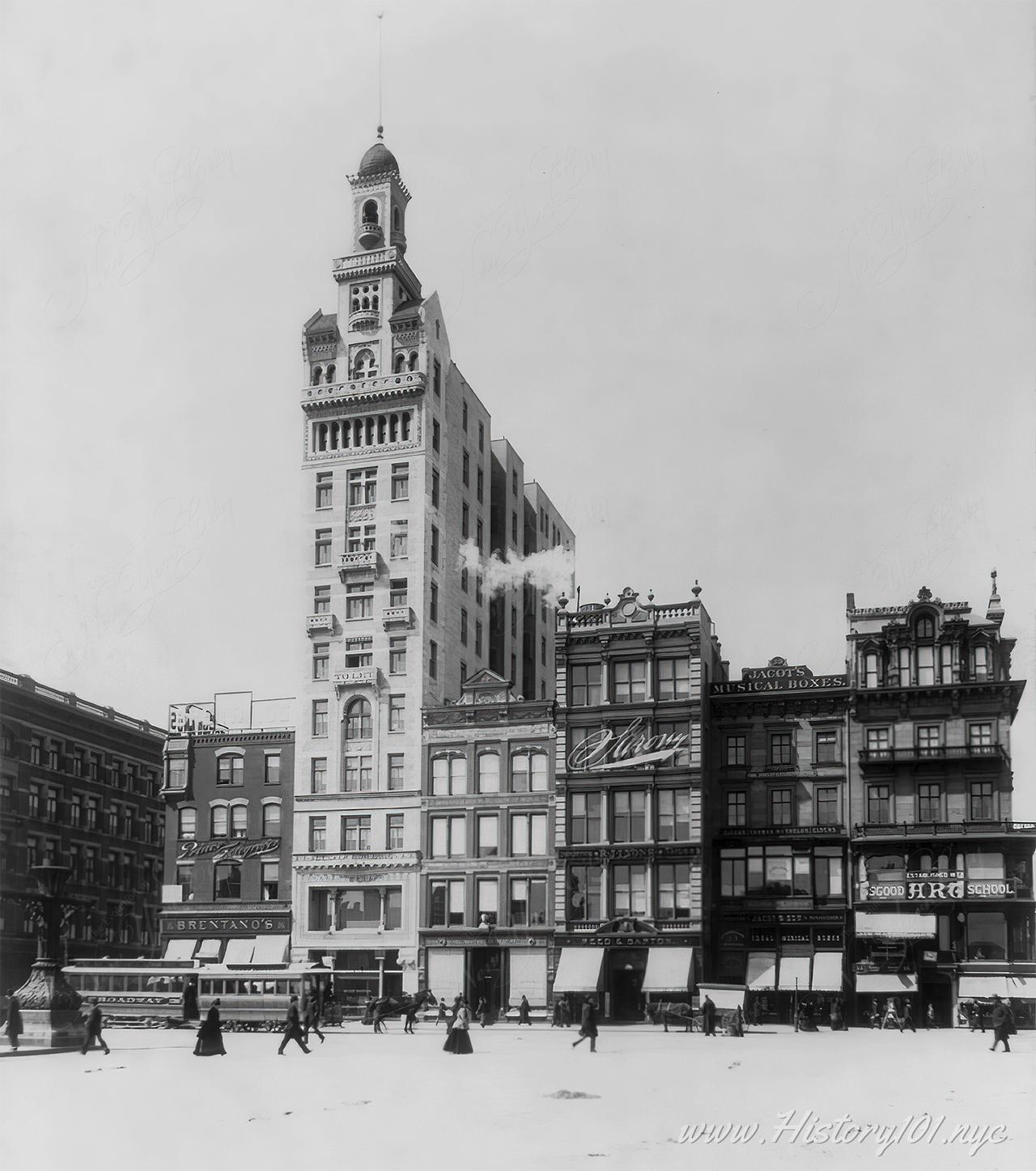 Photograph of the Decker Building overlooking Union Square. The structure was completed in 1892 for the Decker Brothers piano company, and designed by John H. Edelmann. 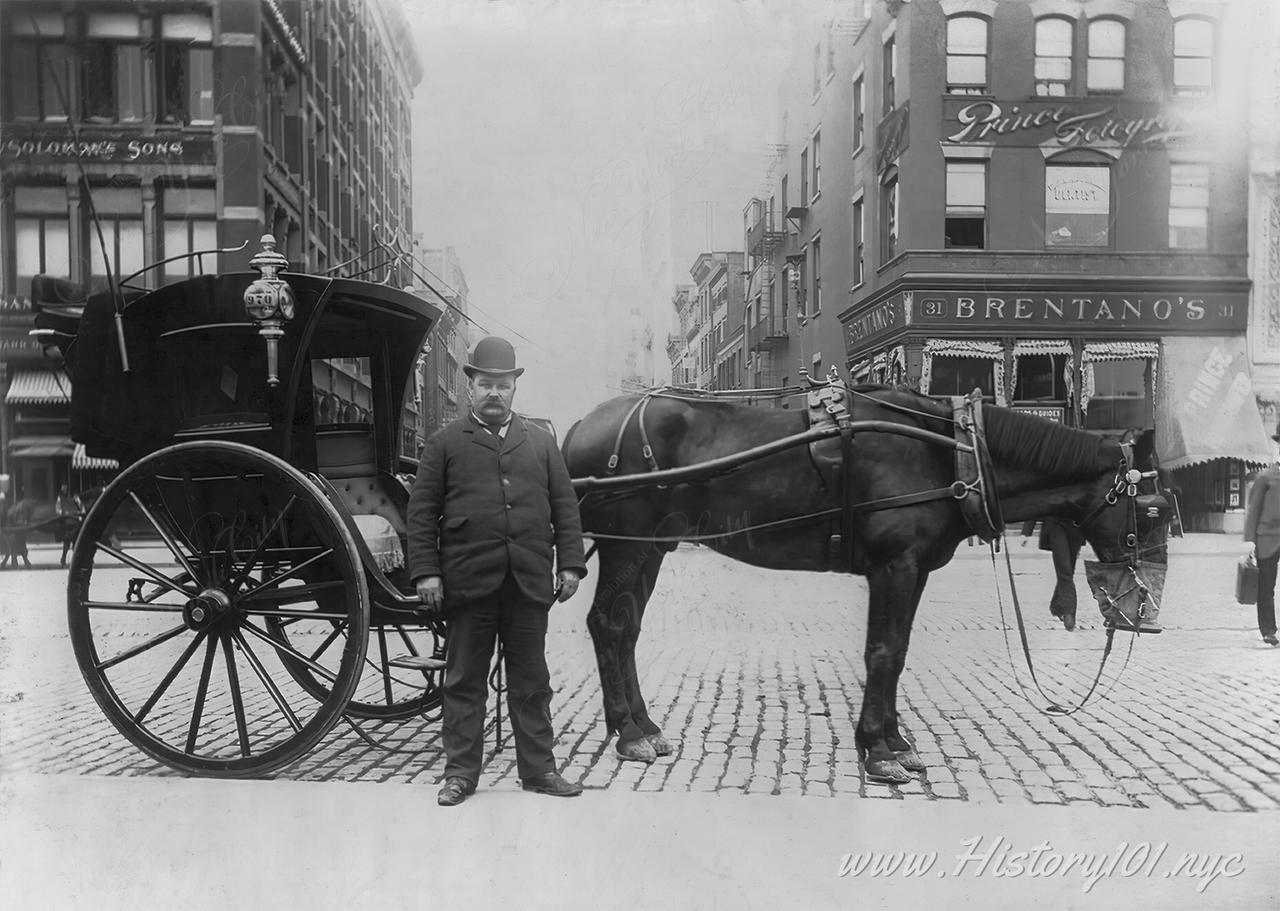 Photograph of a hansom driver standing in front of horse and cab. 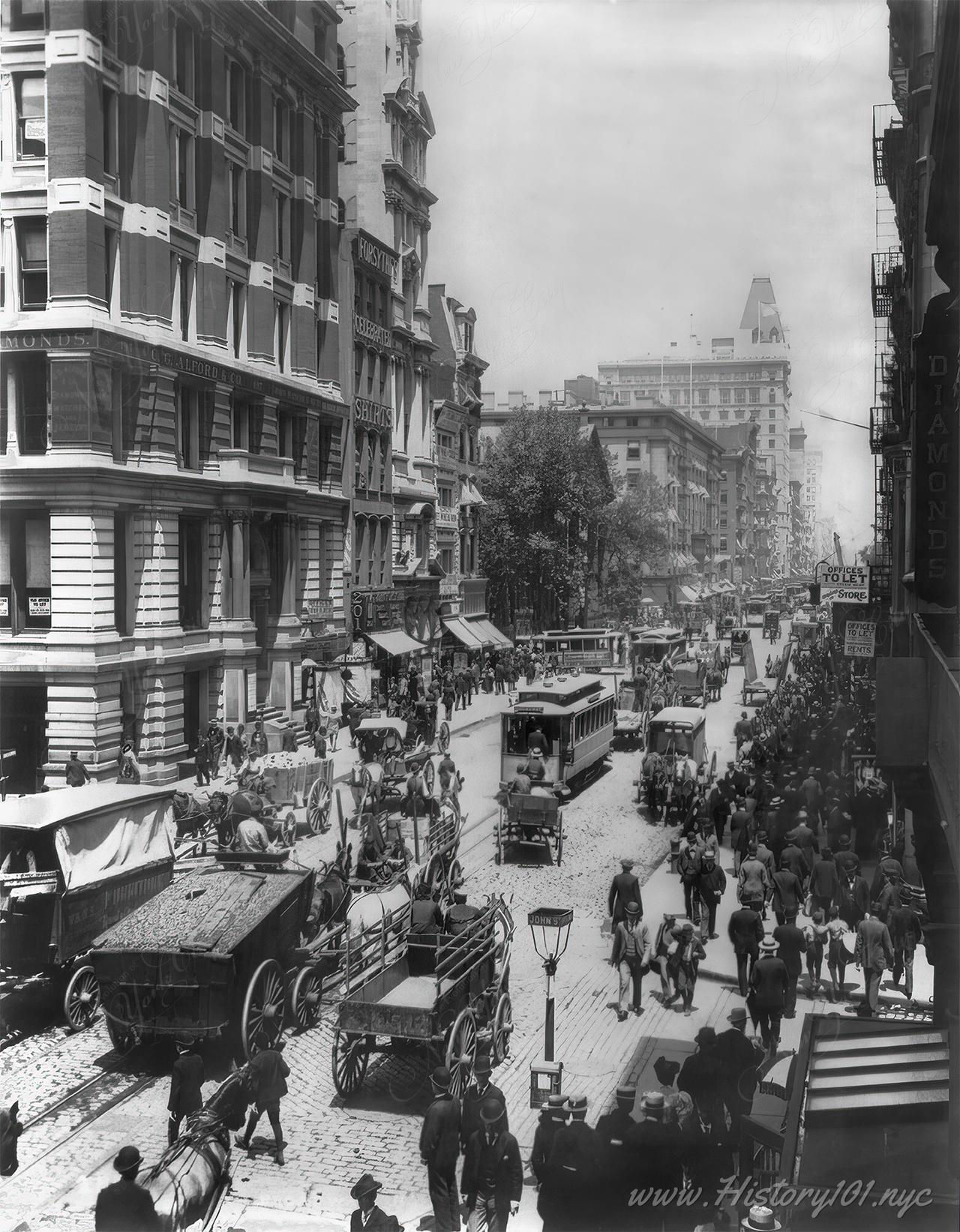 Photograph of Broadway near John Street filled with carriages and pedestrians. 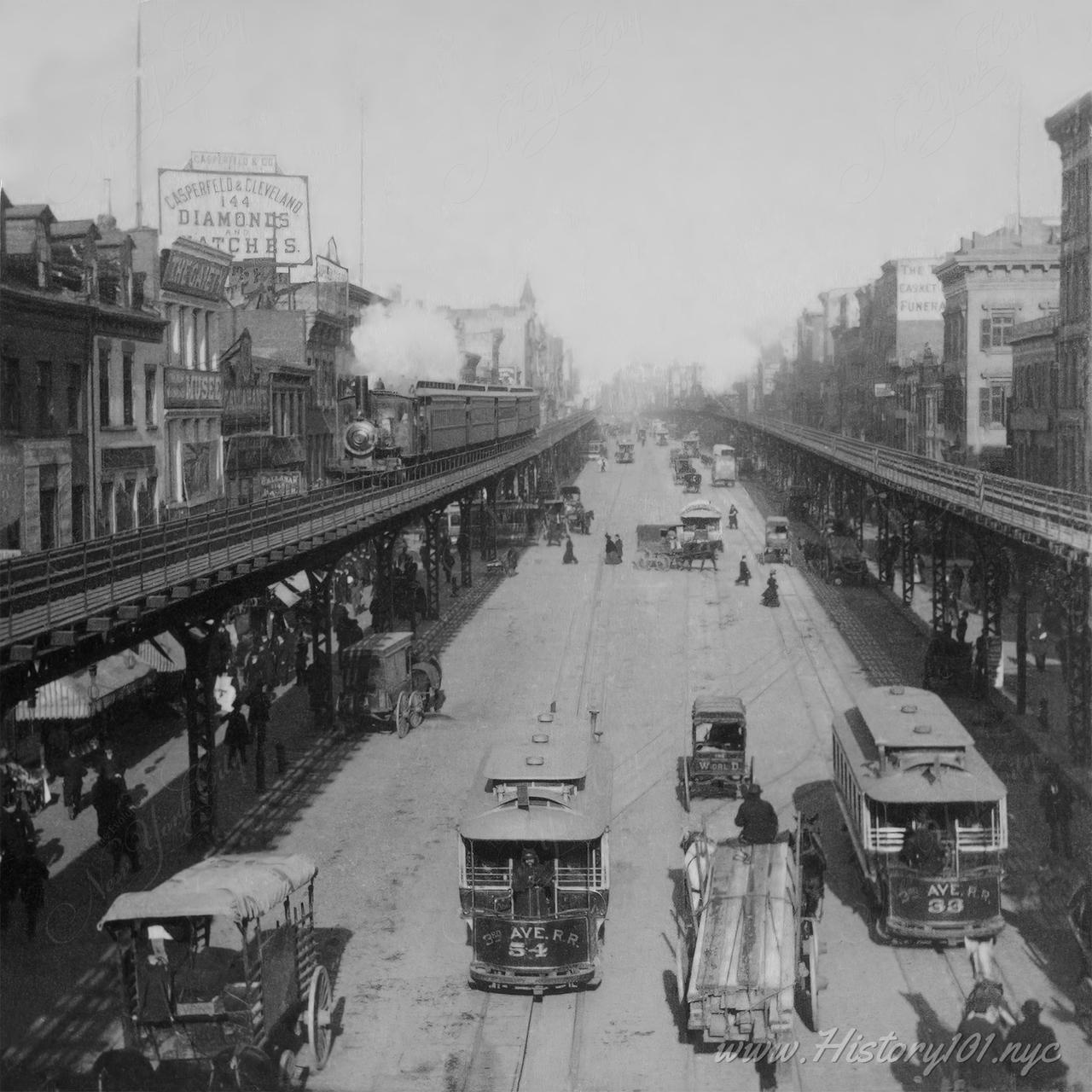 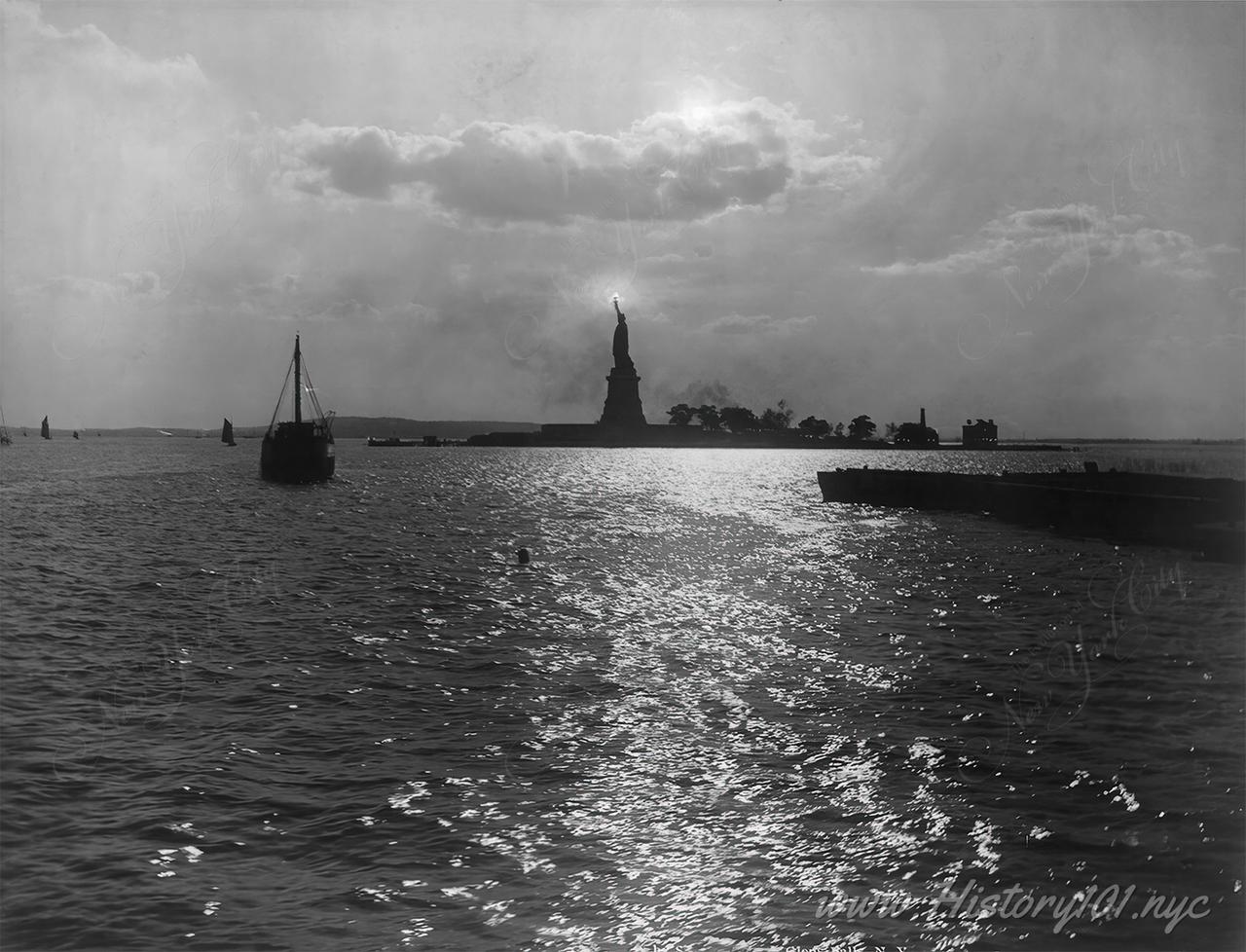 Photograph of the Statue of Liberty with her torch illuminating the sky over New York Harbor. 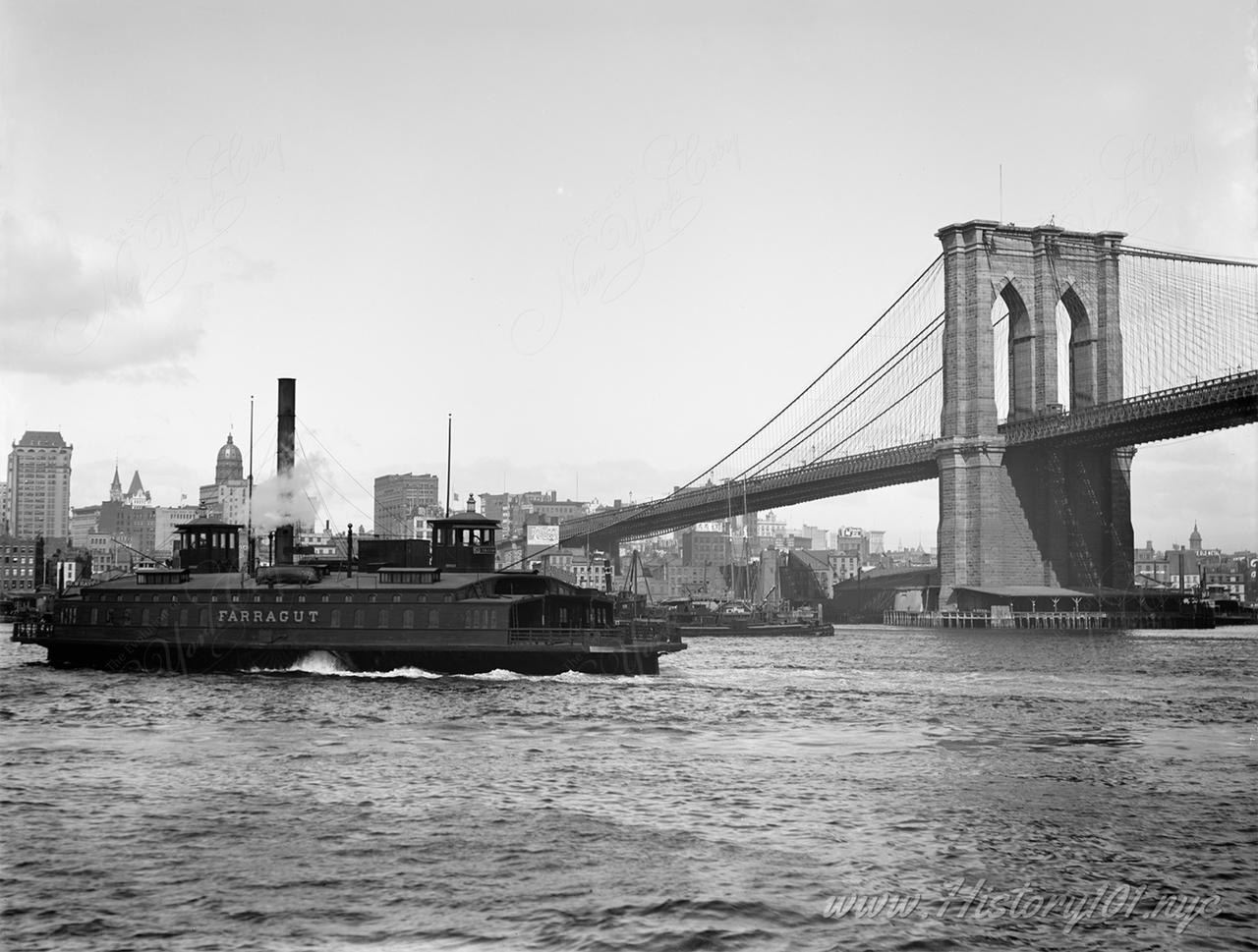 Photograph of the Fulton Ferry crossing the East River with the Brooklyn Bridge in the background.