From 1925 onward, the City would experience a massive cultural renaissance. New venues were opening all over the city to accommodate the growing demand for arts and entertainment, including the Museum of Modern Art, the Savoy Ballroom along with the Paramount, Roxy and Ziegfeld Theatres. The Holland Tunnel would also open its entrance for automobiles, which facilitated the growth of suburban communities in New Jersey. 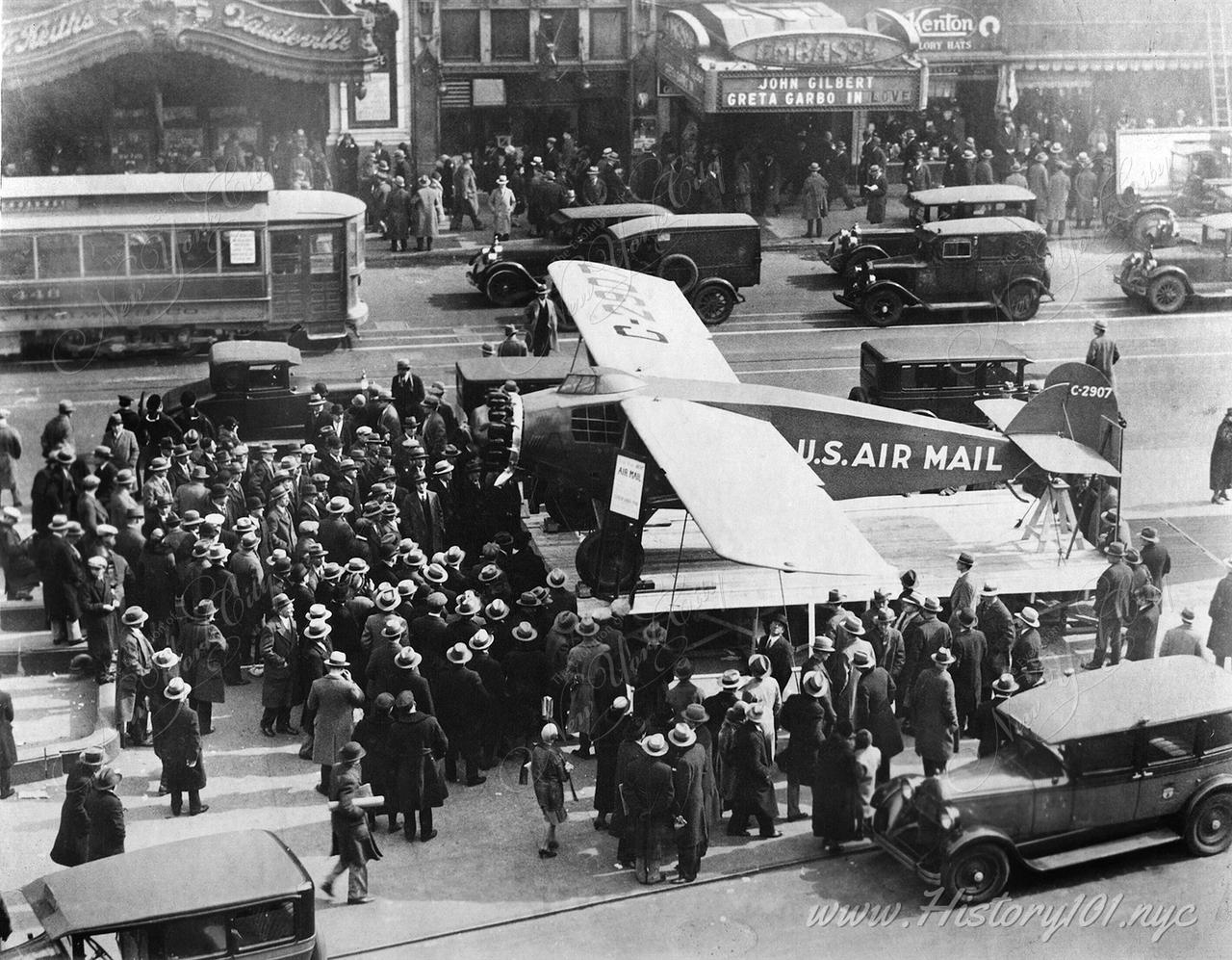 A group of onlookers crowd around the Post Office's Air Mail plane in the middle of Times Square. 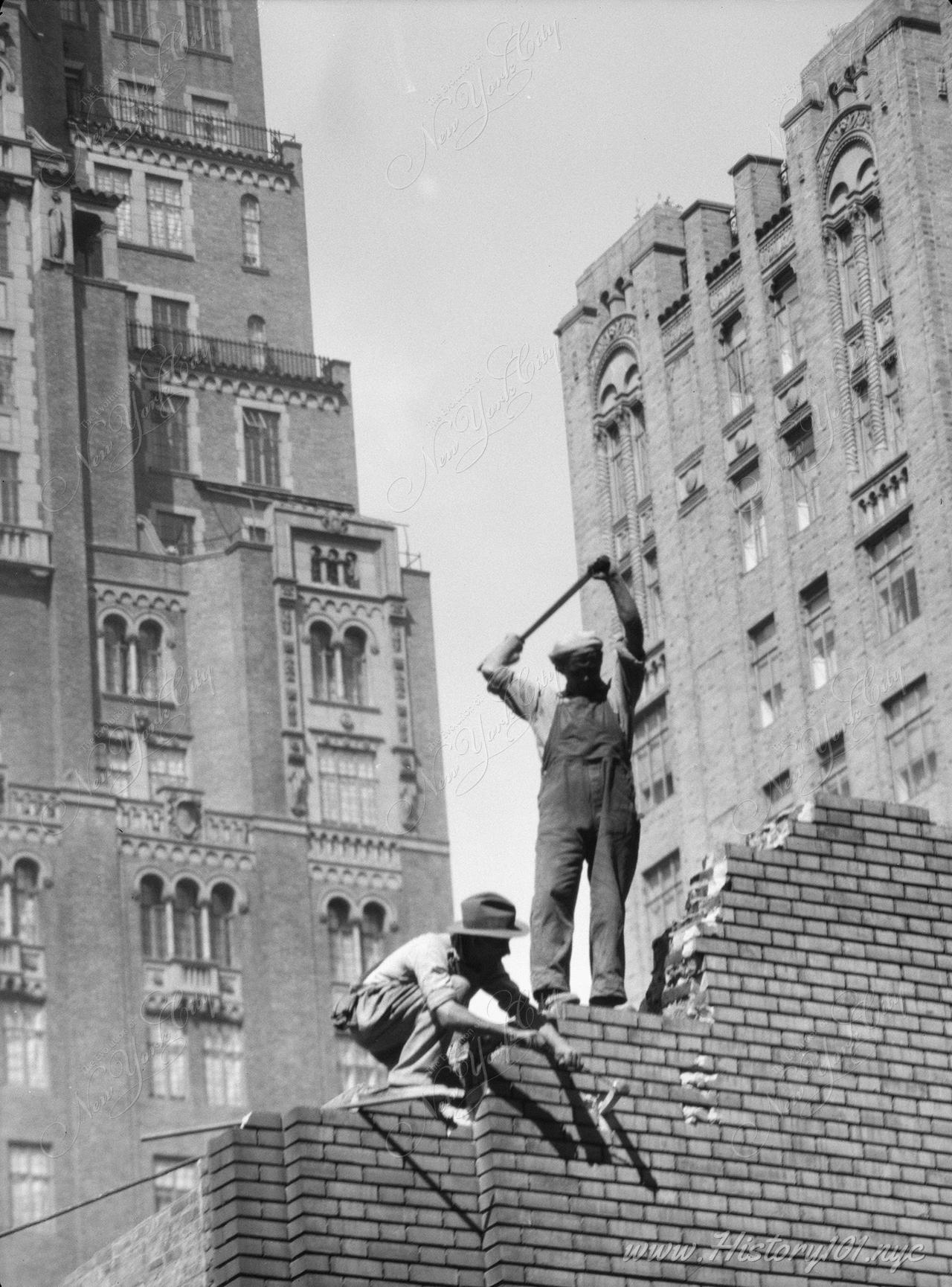 Photograph of a pair of construction workers demolishing a wall. 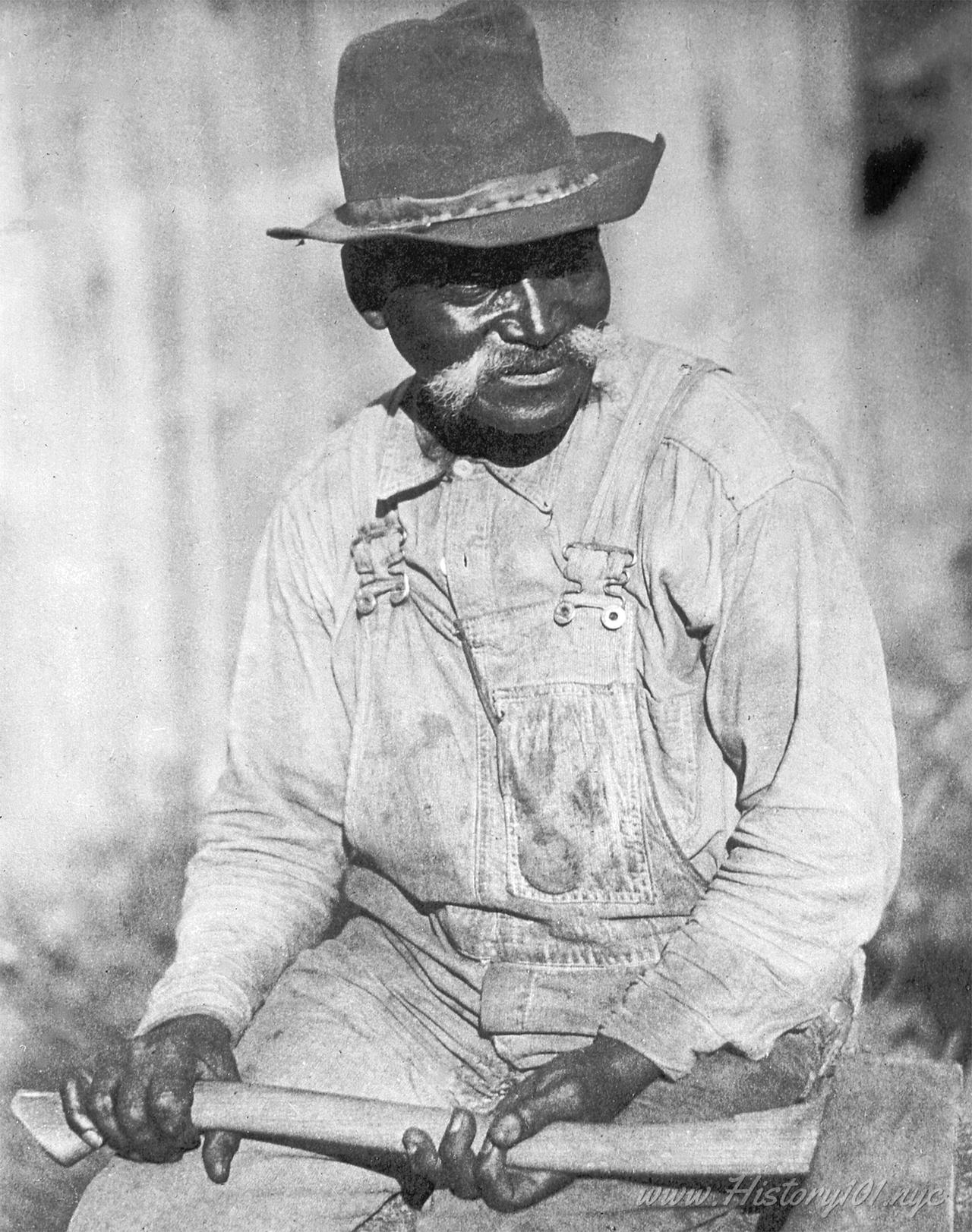 Photograph of a New York City Laborer posing for a portrait with an axe in his hands. 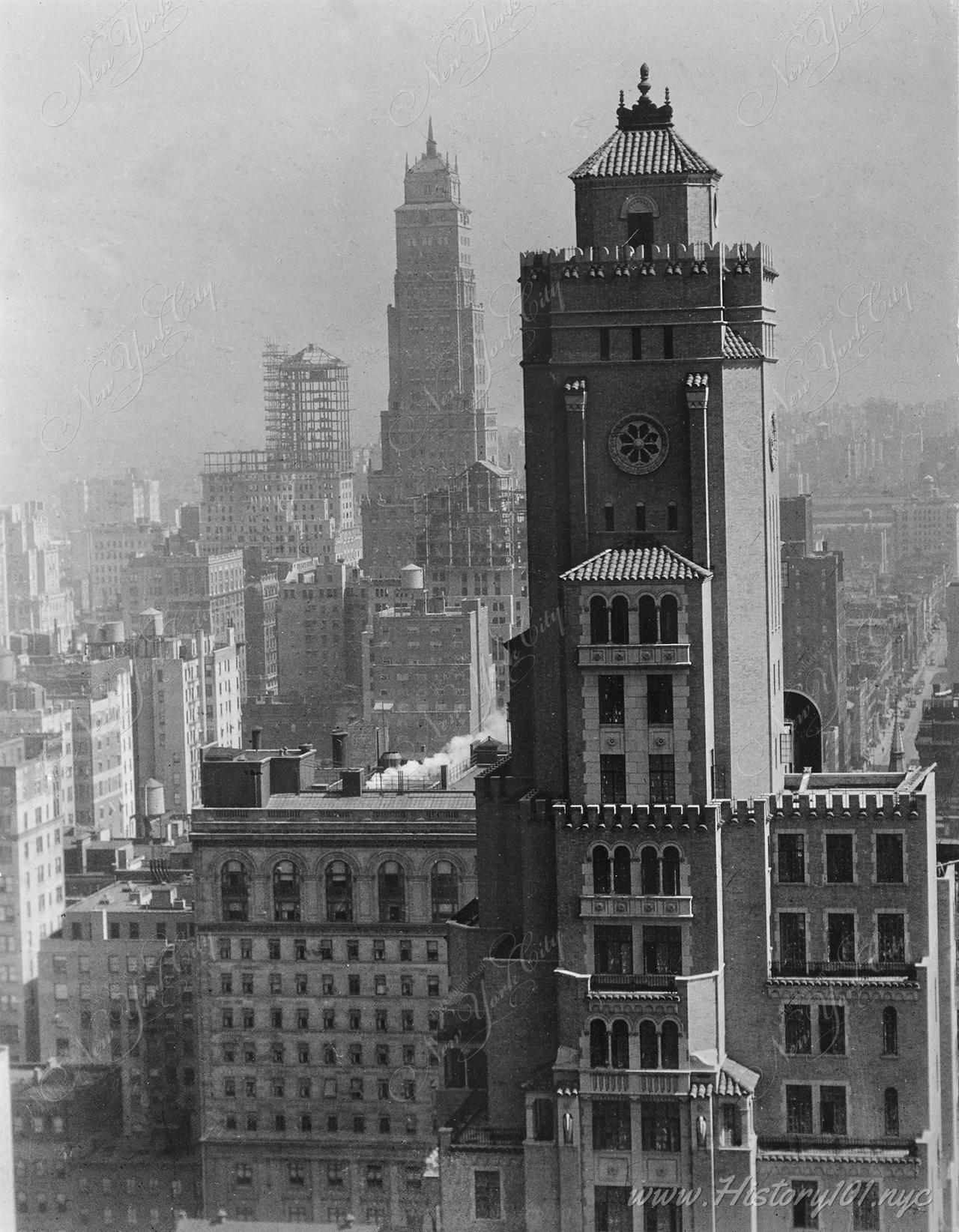 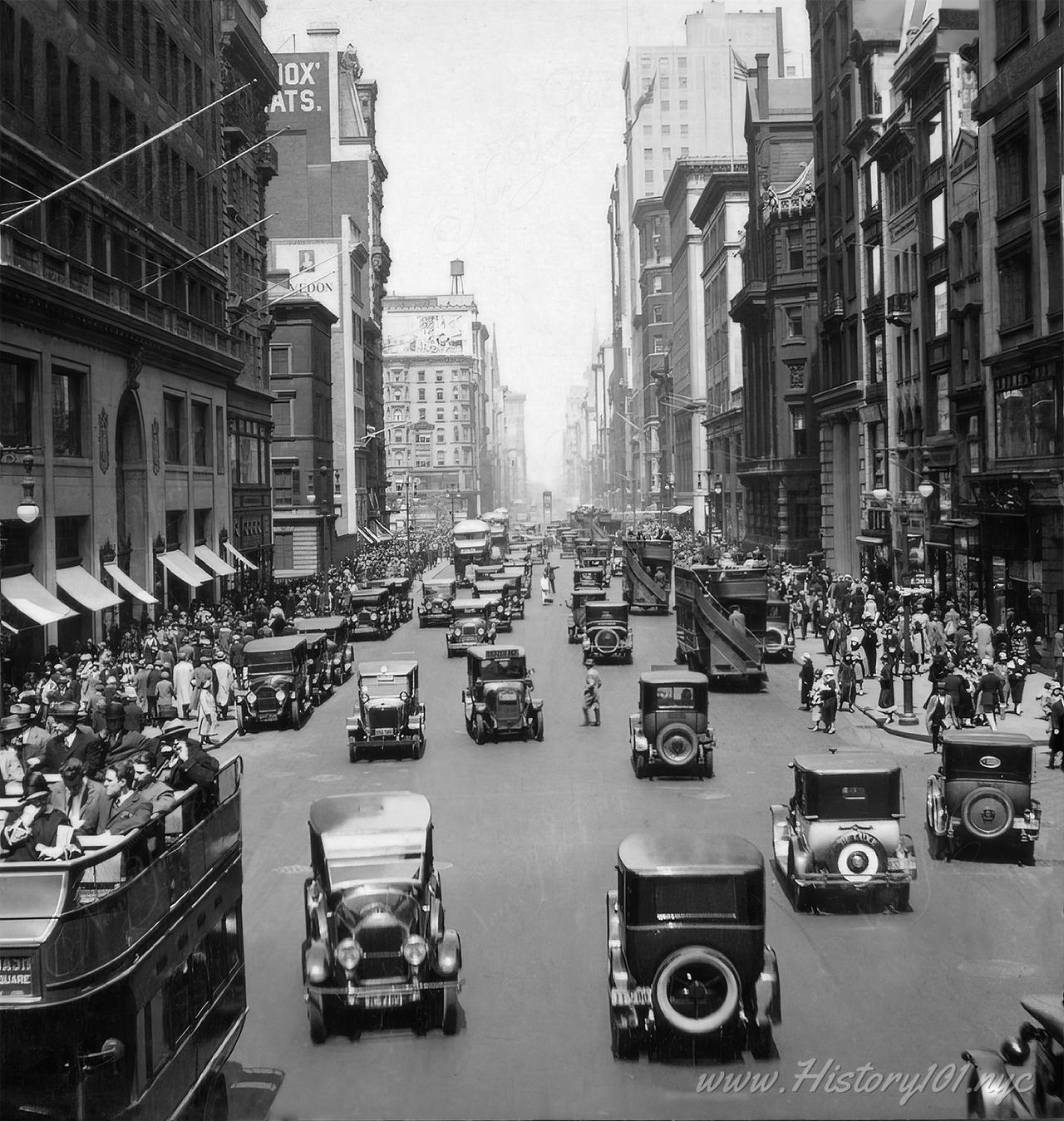 Photograph looking down the center of Fifth Avenue with plenty of cars and pedestrians in midtown Manhattan. 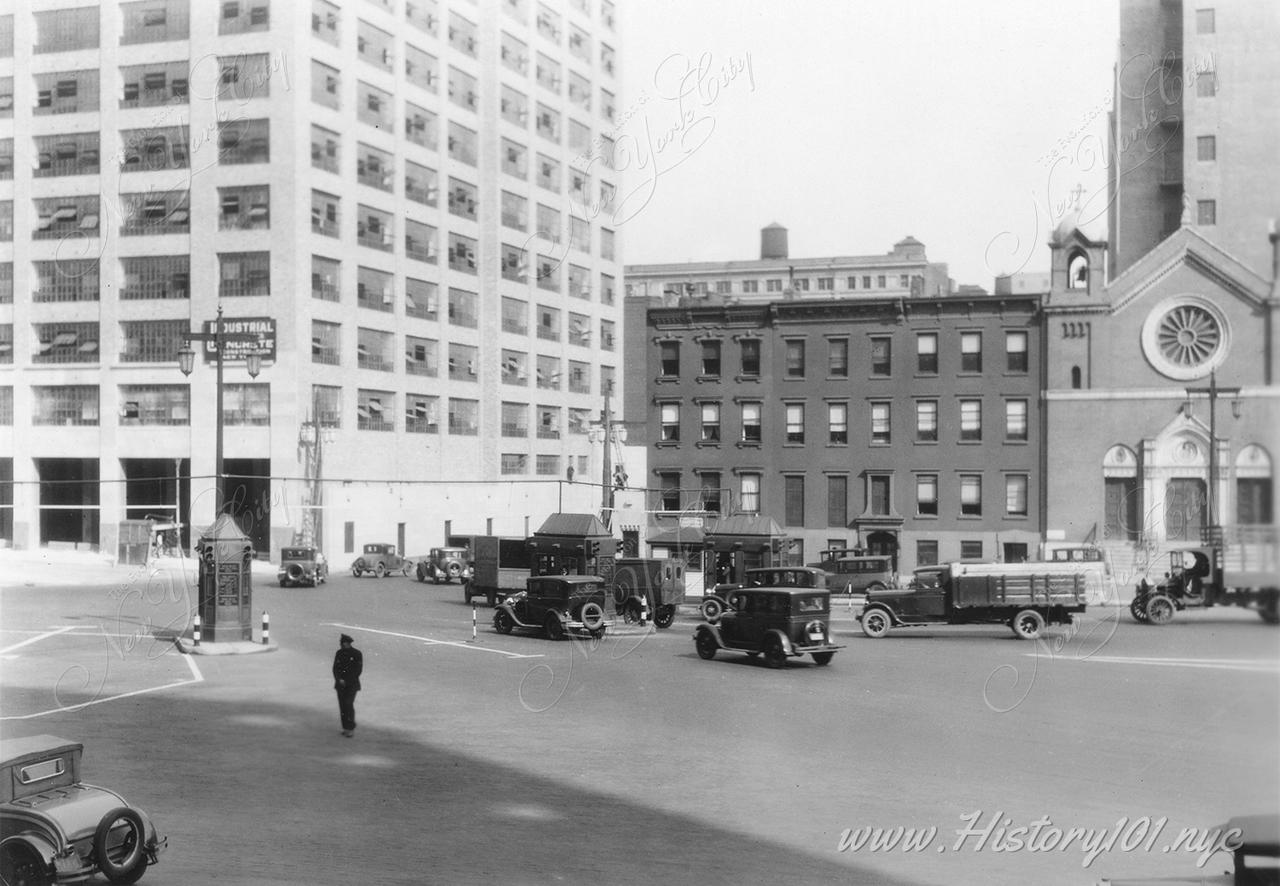 New York City Entrance Plaza To Holland Tunnel which was opened by November 13, 1927. 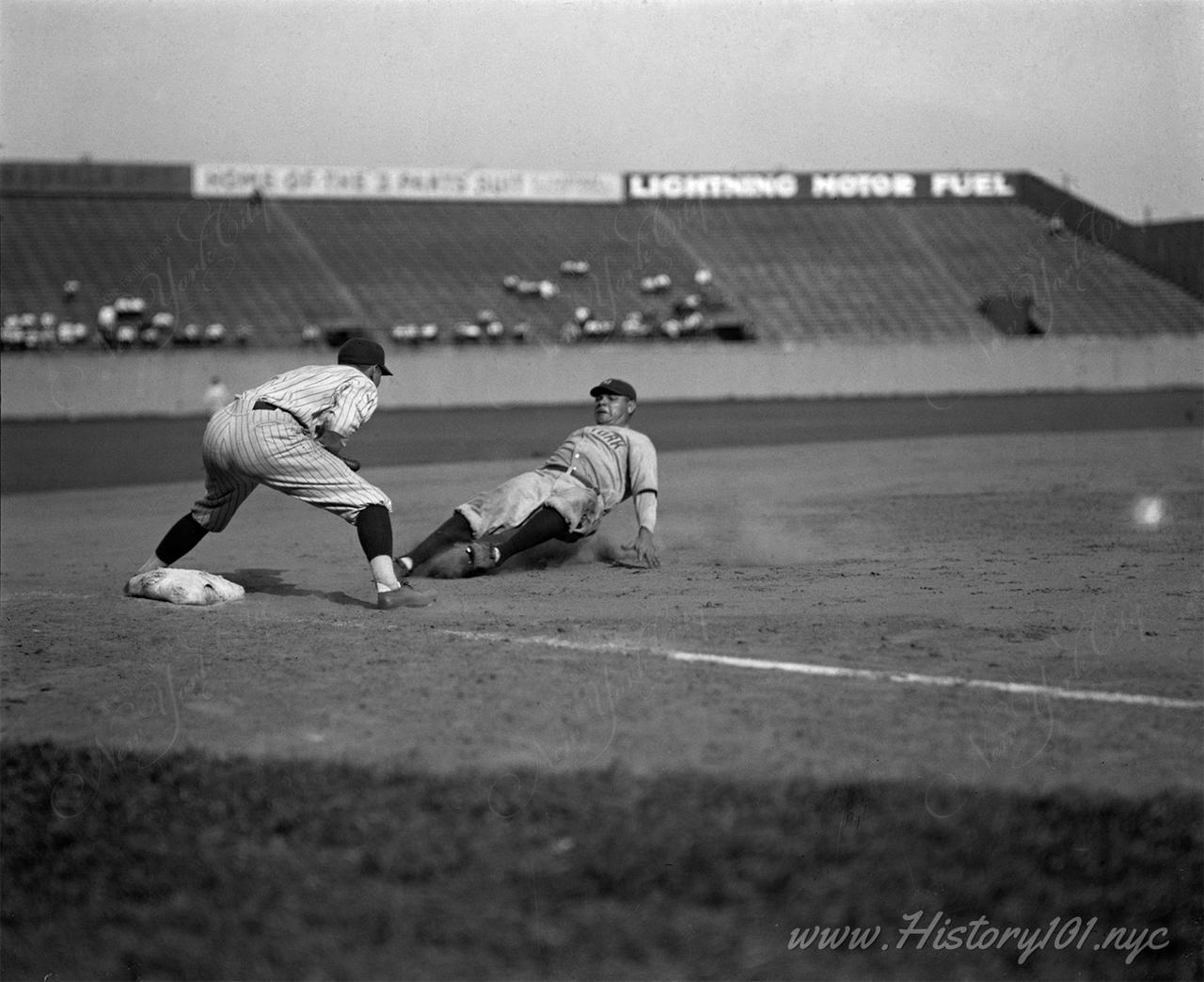 1925: Babe Ruth Sliding Into Third Base

Photograph of Babe Ruth out in fifth inning trying to go from first to third on Lou Gehrig's single, facing off against Senators third baseman Ossie Bluege. 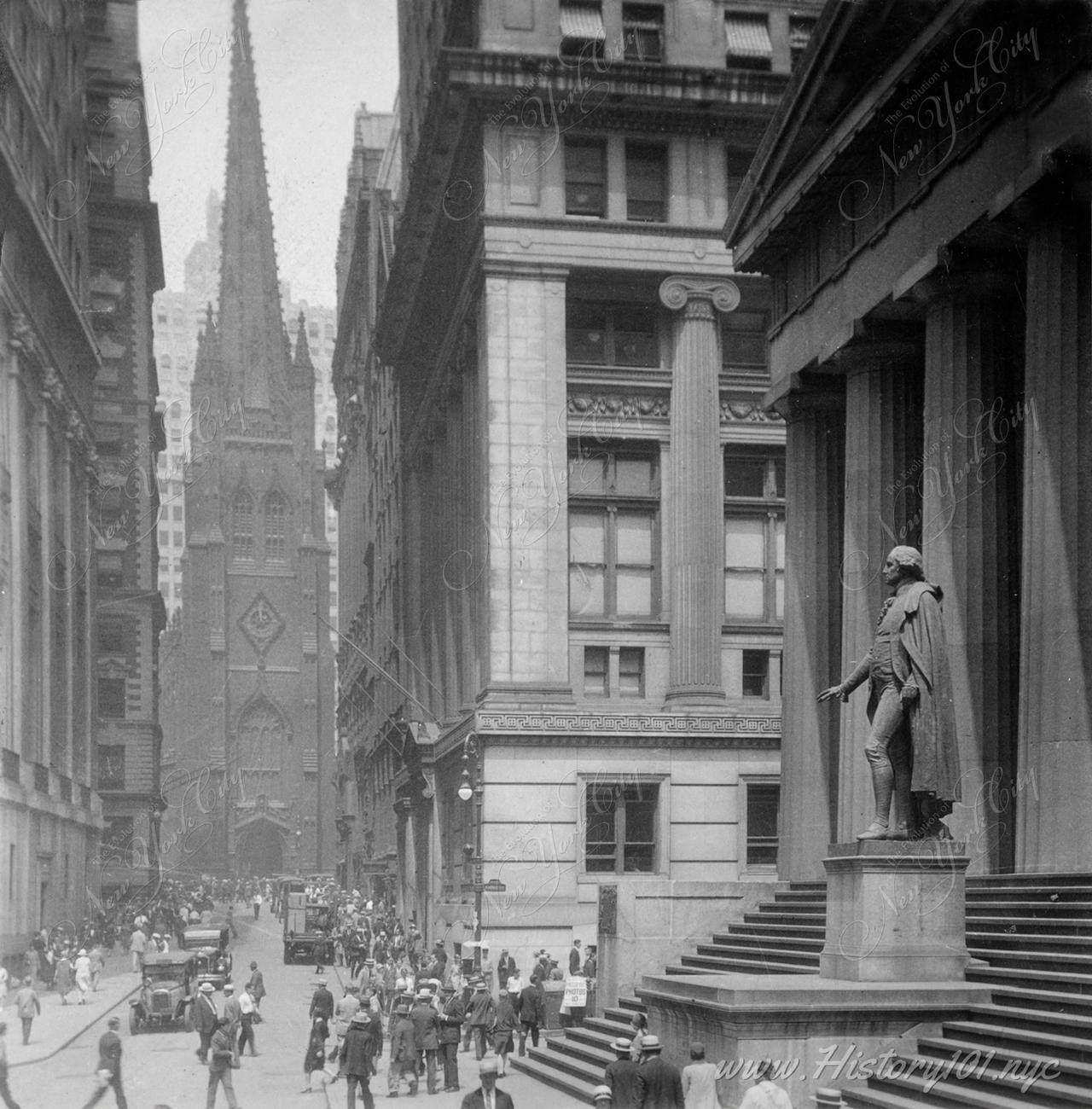 Photograph of pedestrians on Wall Street with Trinity Church in the background. 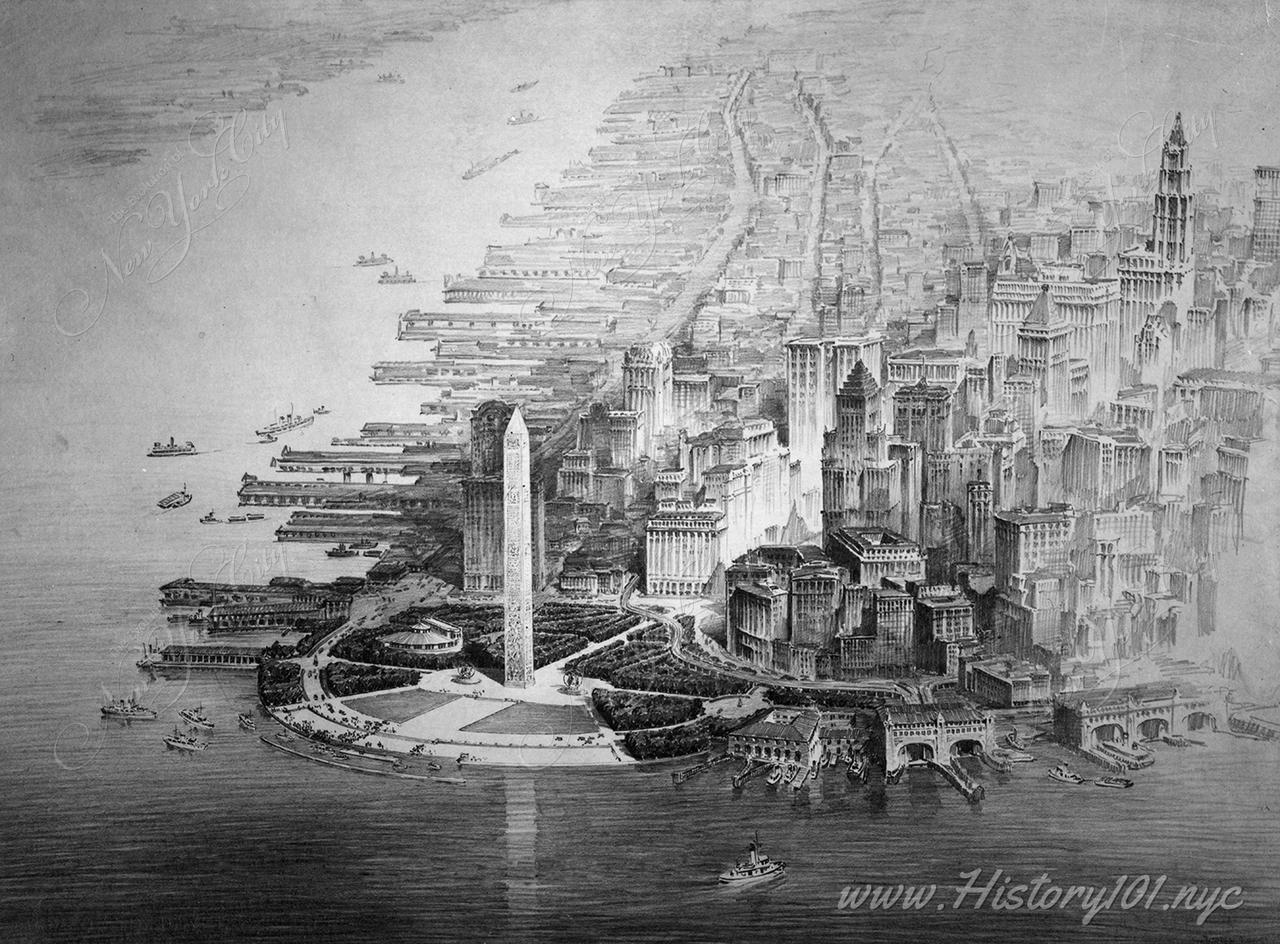 An illustration of a potential design of Battery Park by Eric Gugler. The proposed design featured an obelisk structure and waterfront park. 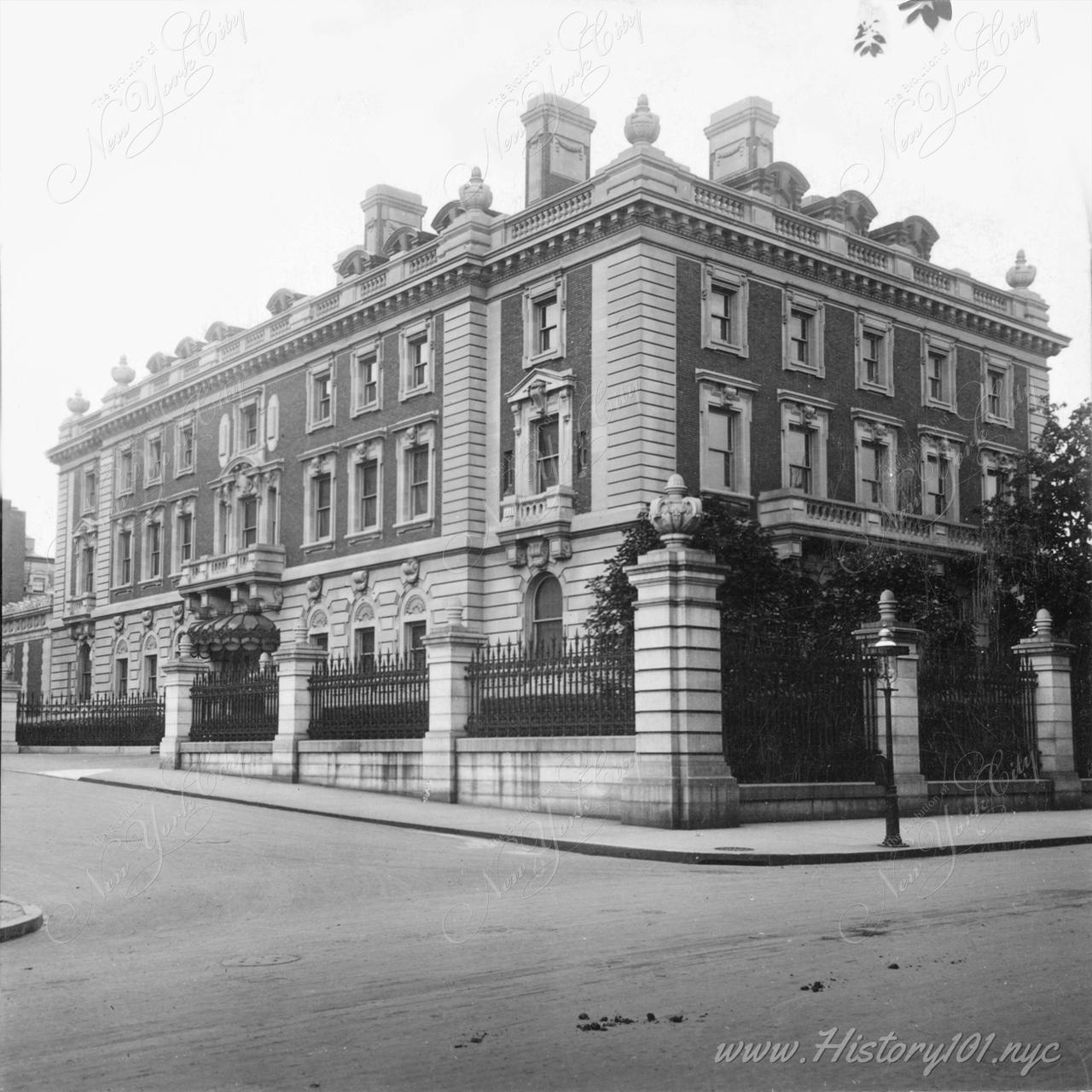 Photograph of the home of Andrew Carnegie - an American industrialist who amassed a fortune in the steel industry then became a major philanthropist. 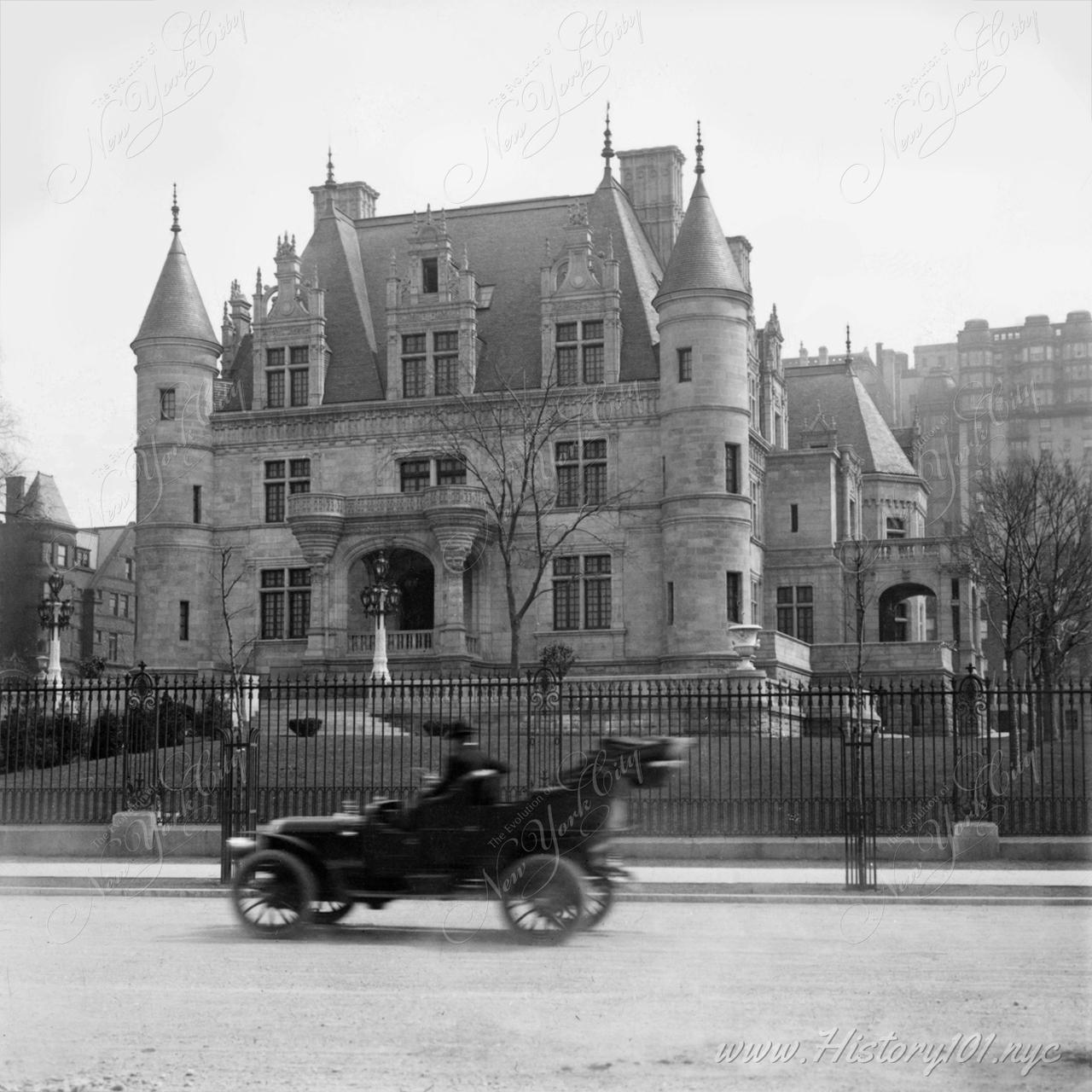 Photograph of an automobile passing in front of the residence of Charles Schwab on Riverside Drive, 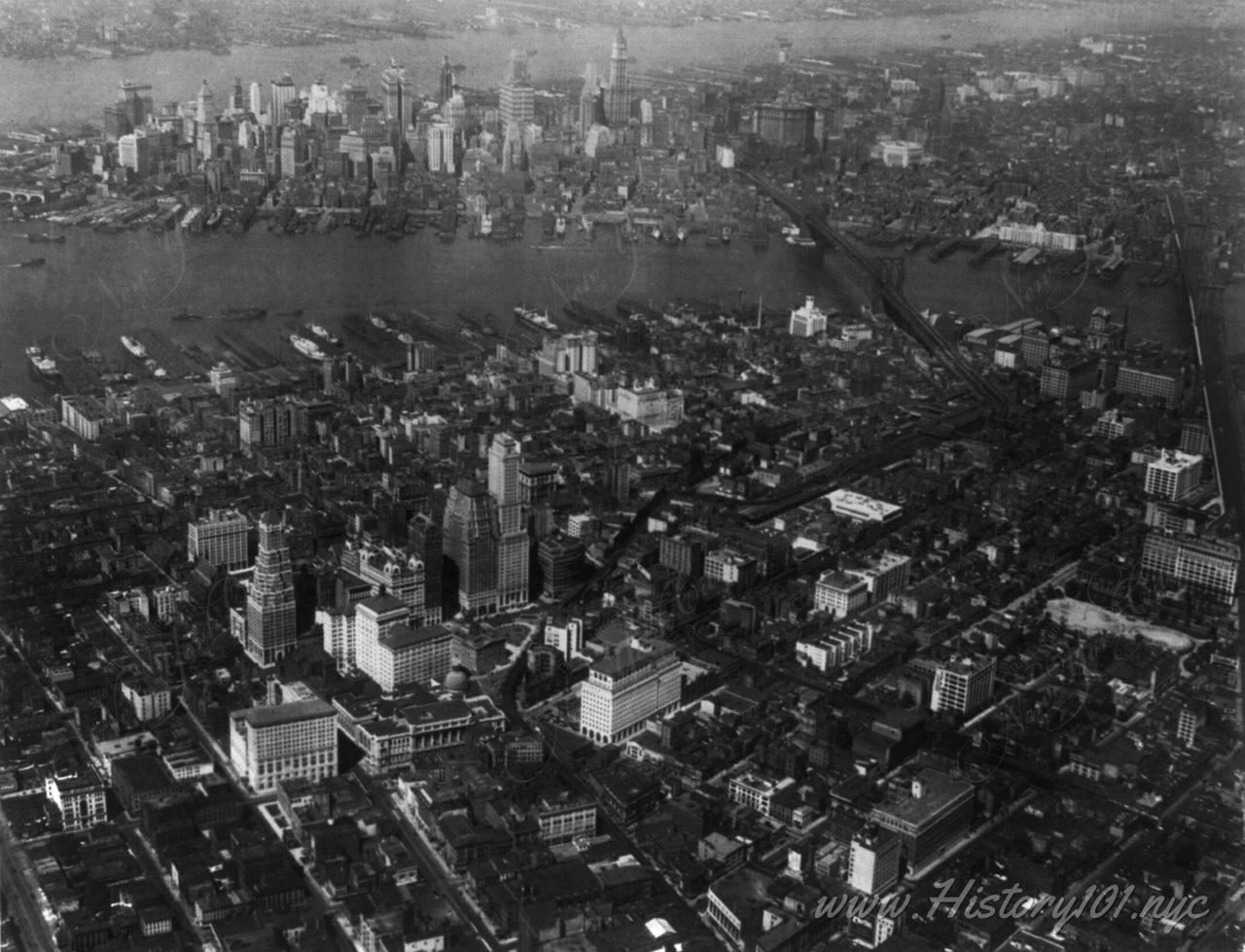 1927: Aerial View of Brooklyn and Manhattan

A bird's eye perspective of Brooklyn and Downtown Manhattan and both East River Bridges. 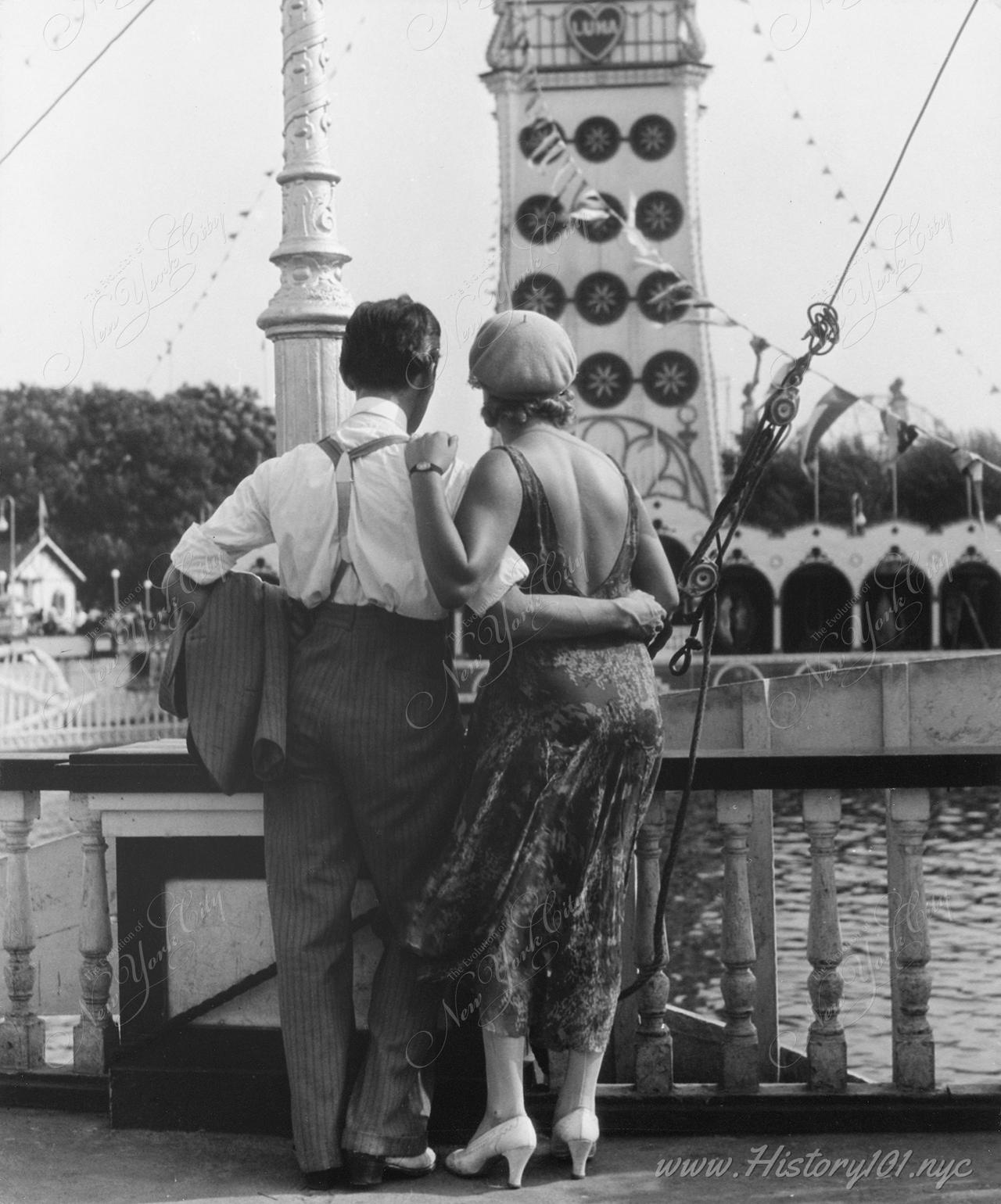 Photograph of a young couple holding each other at Coney Island's Luna Park. 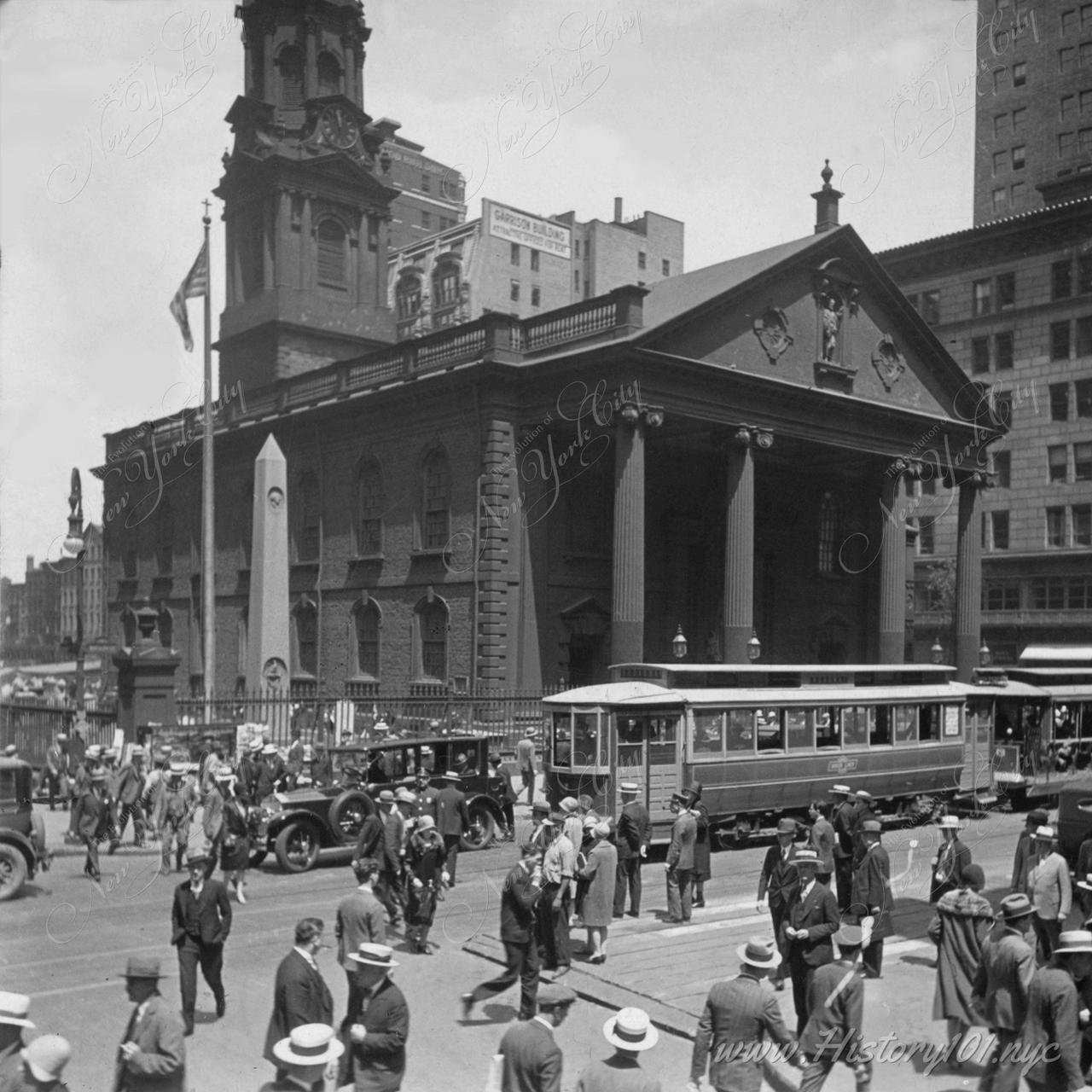 Photograph of a busy street in front of St. Paul's Church, viewed from Broadway. 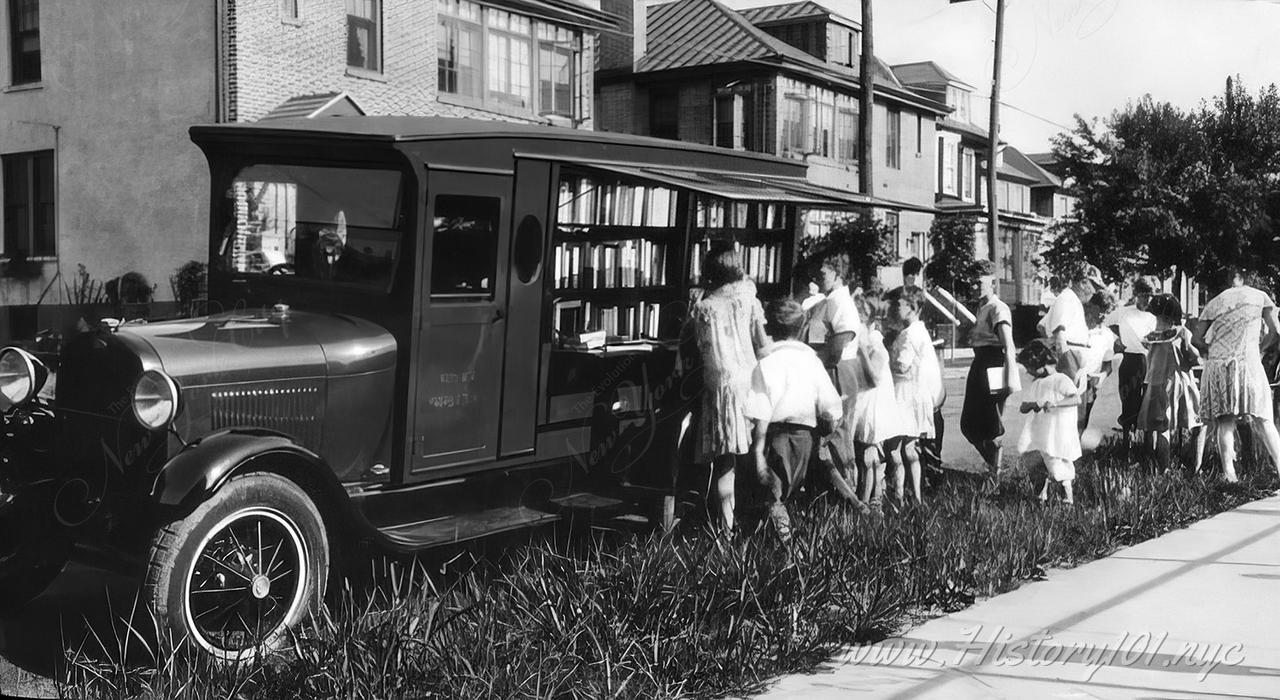 Photograph of a traveling library parked on a grassy verge in the Bronx, with a line of kids waiting to check out some books.