During the early 60s, New York City and its infrastructure continued to grow under the direction of Mayor Warner and prolific architect Robert Moses. Not all of his ideas were accepted, including a proposal to build a Lower Manhattan Expressway which would have cut through from the Williamsburg Bridge to the Holland Tunnel and dramatically changed Soho and Little Italy. Nonetheless he remained an imbipresent force in the shaping of the city at this time. The Verrazano-Narrows Bridge was constructed finally uniting the boroughs of Brooklyn and Staten Island. 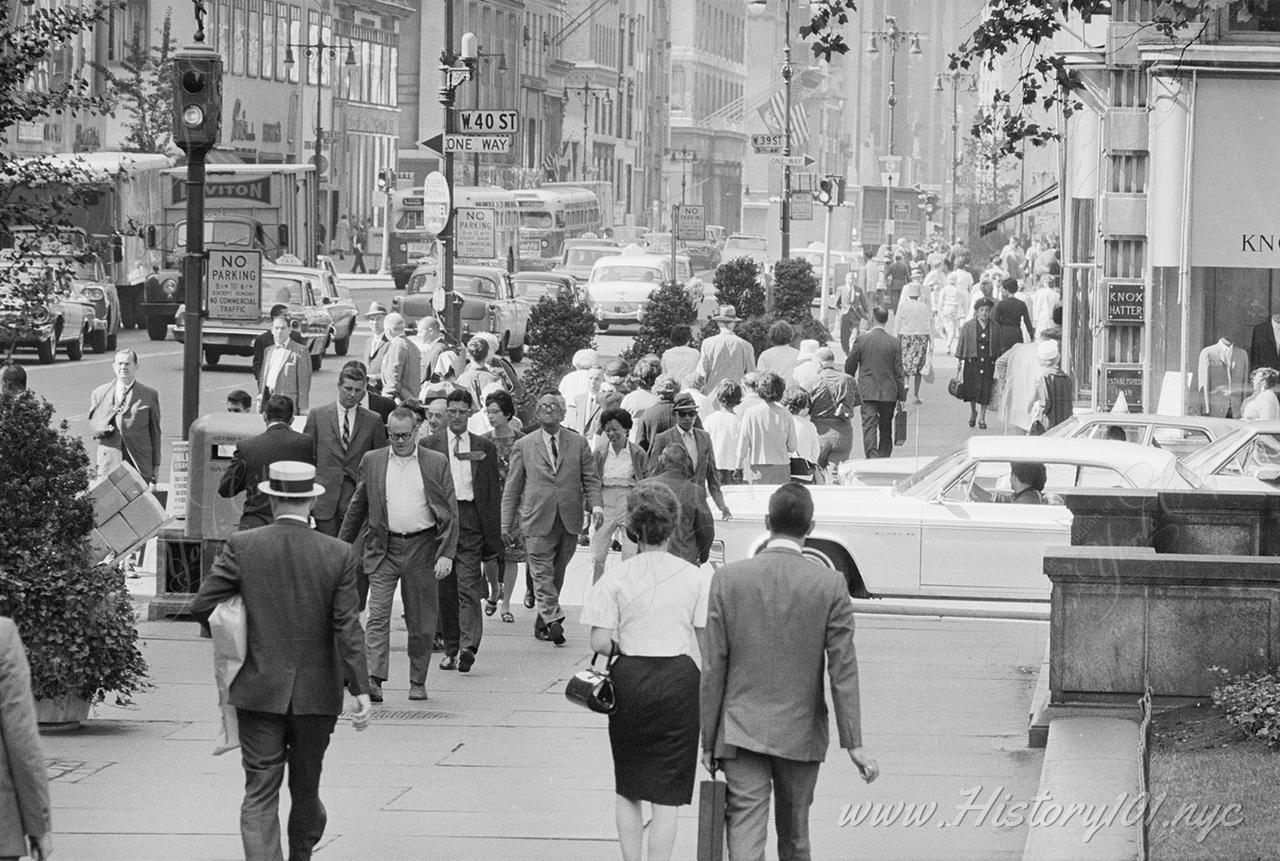 Photograph of midtown traffic and pedestrians walking along 5th Avenue, looking south at the corner of 40th Street. 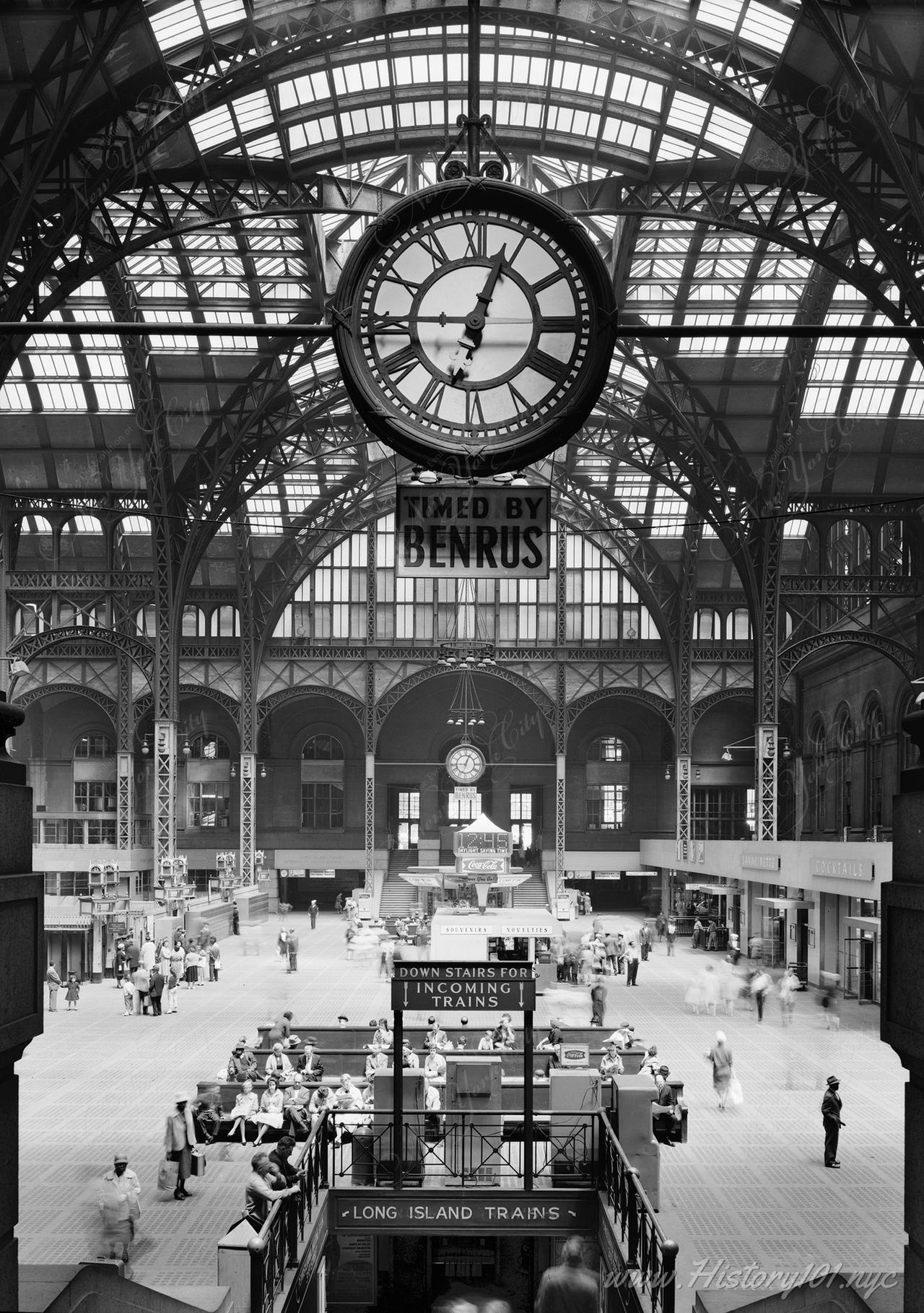 Photograph taken from a Historic American Buildings Survey on April 24, 1962 of the Pennsylvania Station Concourse from the south. 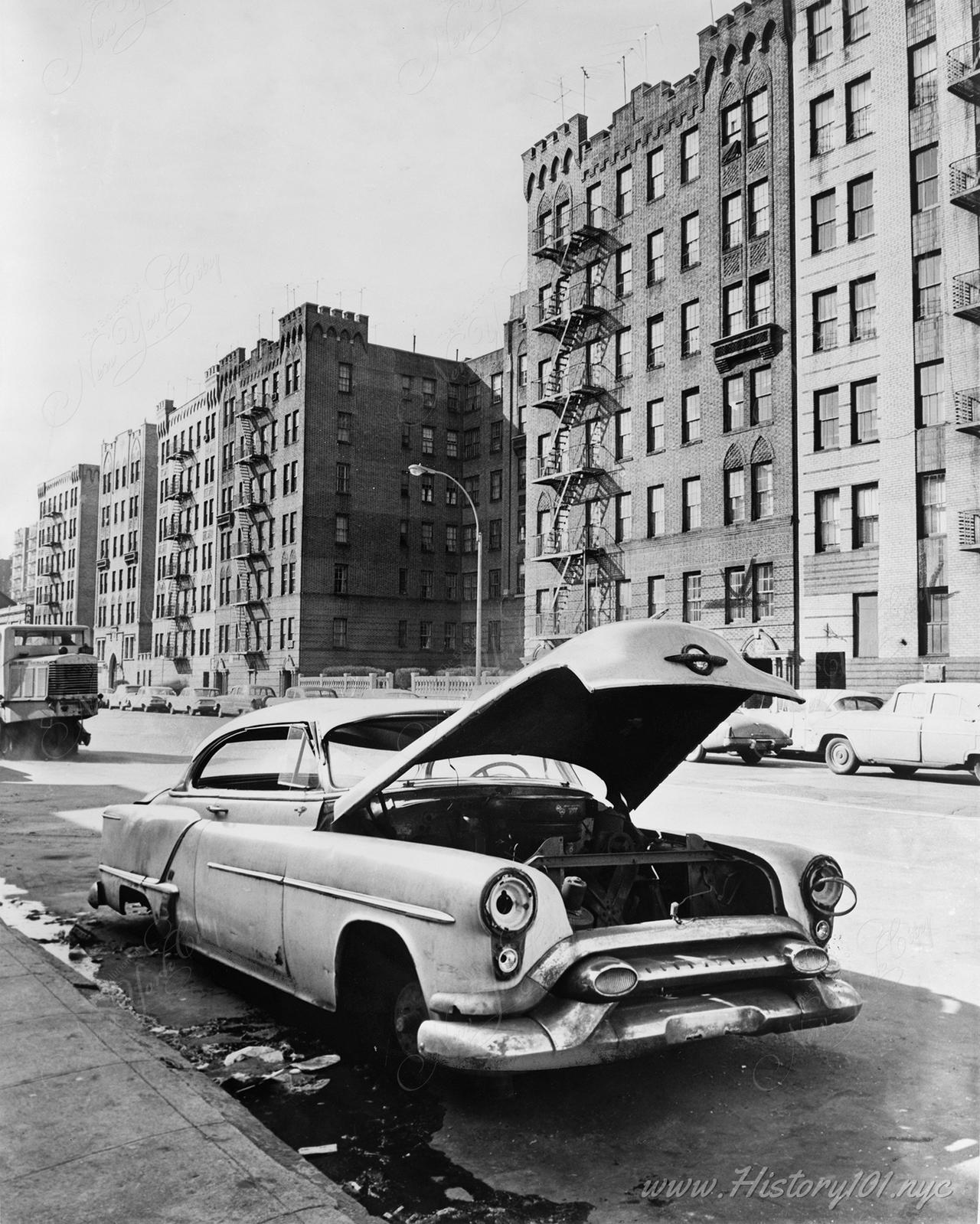 Photograph of an abandoned car on Macombs Road in the Bronx, New York City. 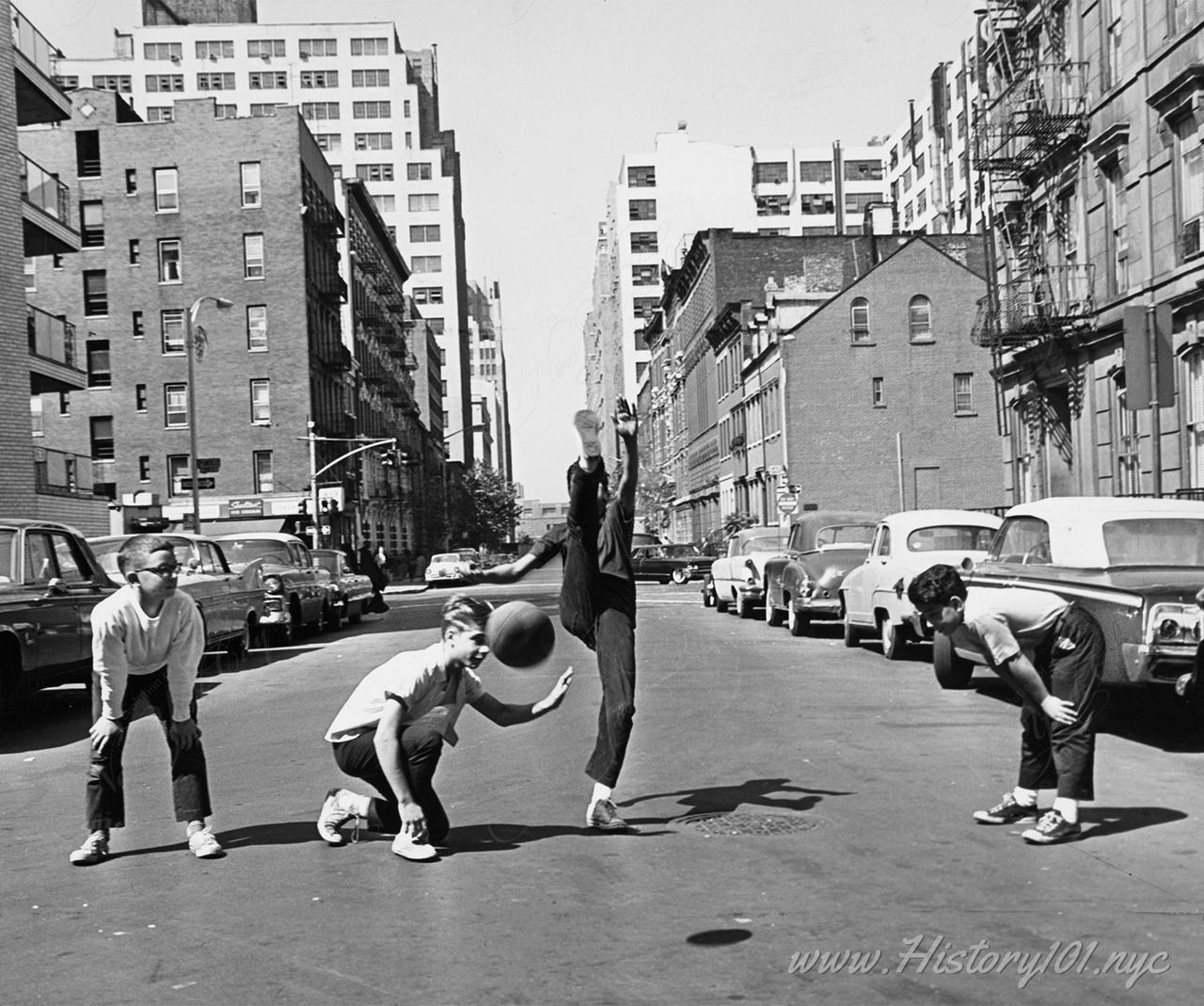 Photograph of a local game of kickball being played in the middle of MacDougal Street in Manhattan. 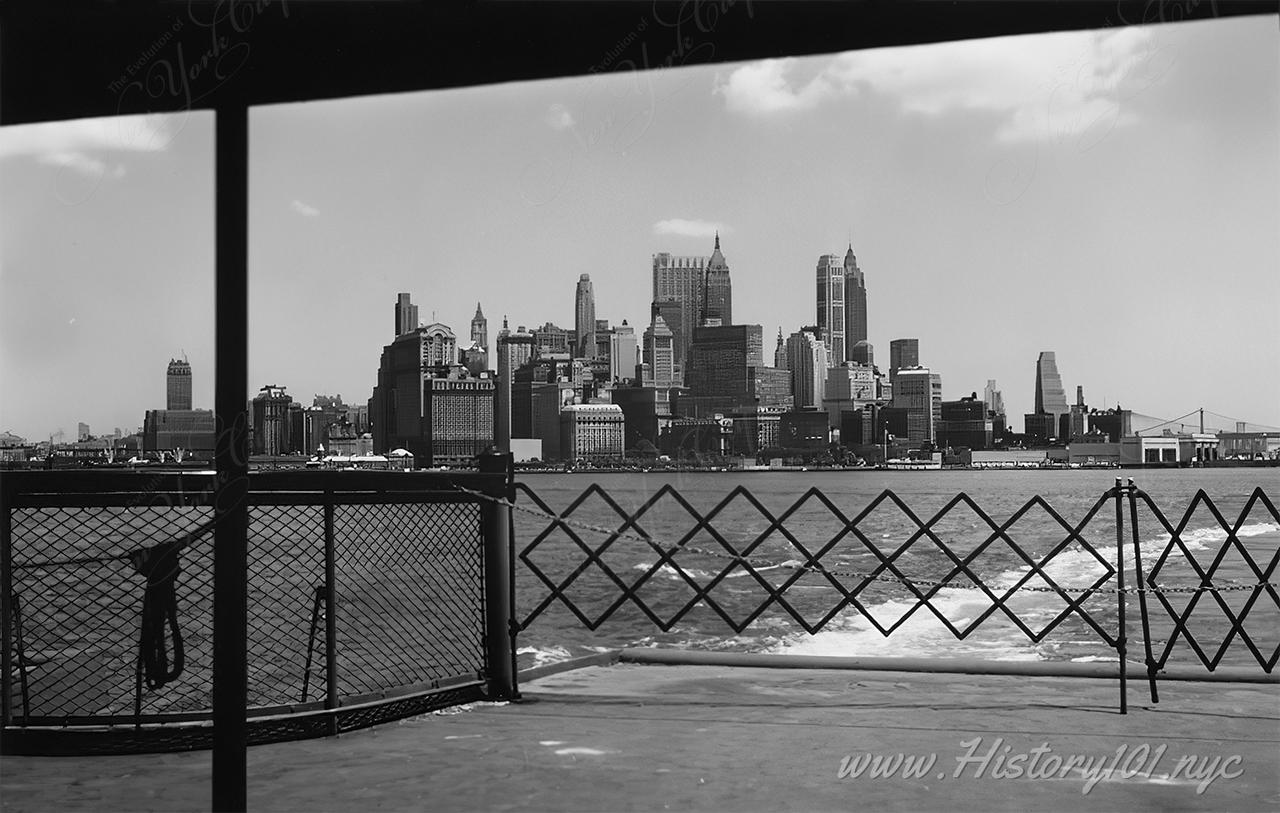 1960: Manhattan from the Staten Island Ferry

Photograph of the New York Harbor from the Battery to Staten Island taken from the Ferry. 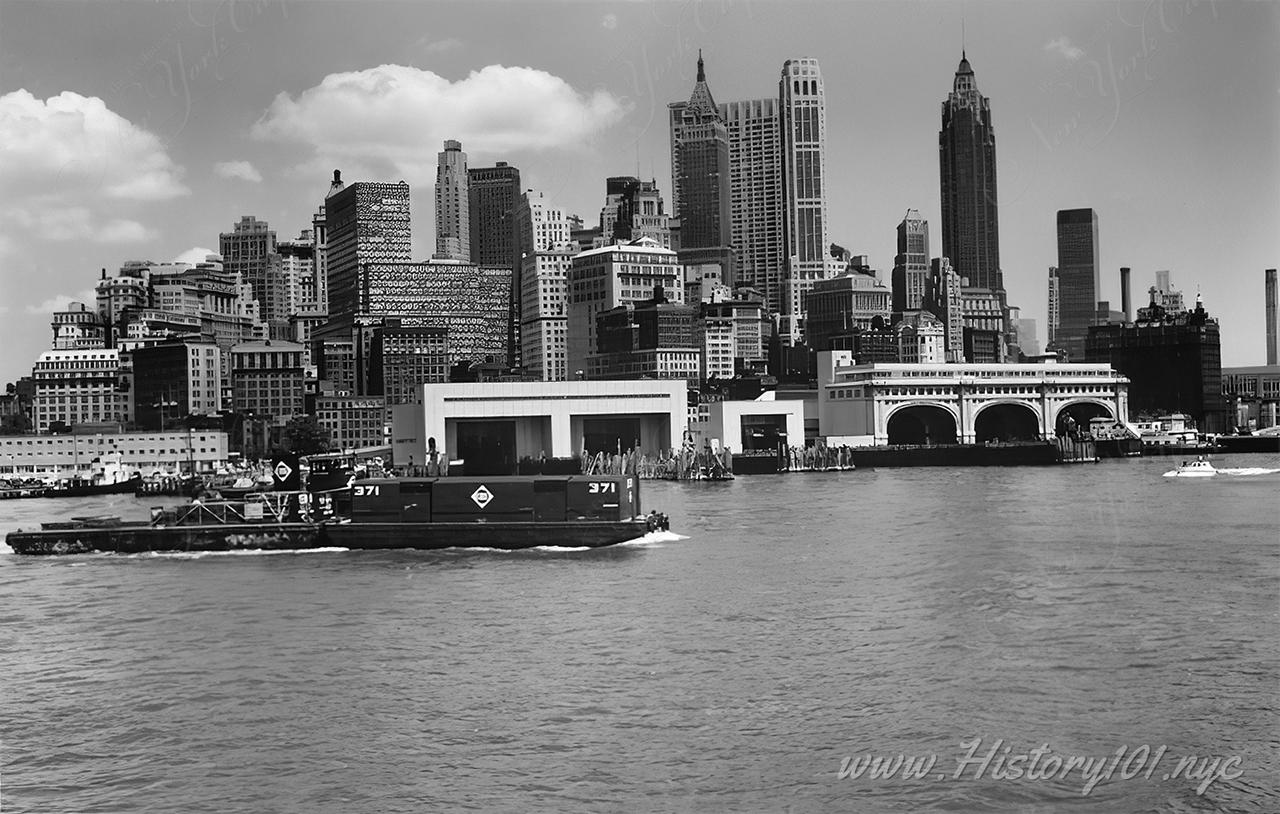 Panoramic photograph of the New York Harbor with tugboat and lower Manhattan skyline. 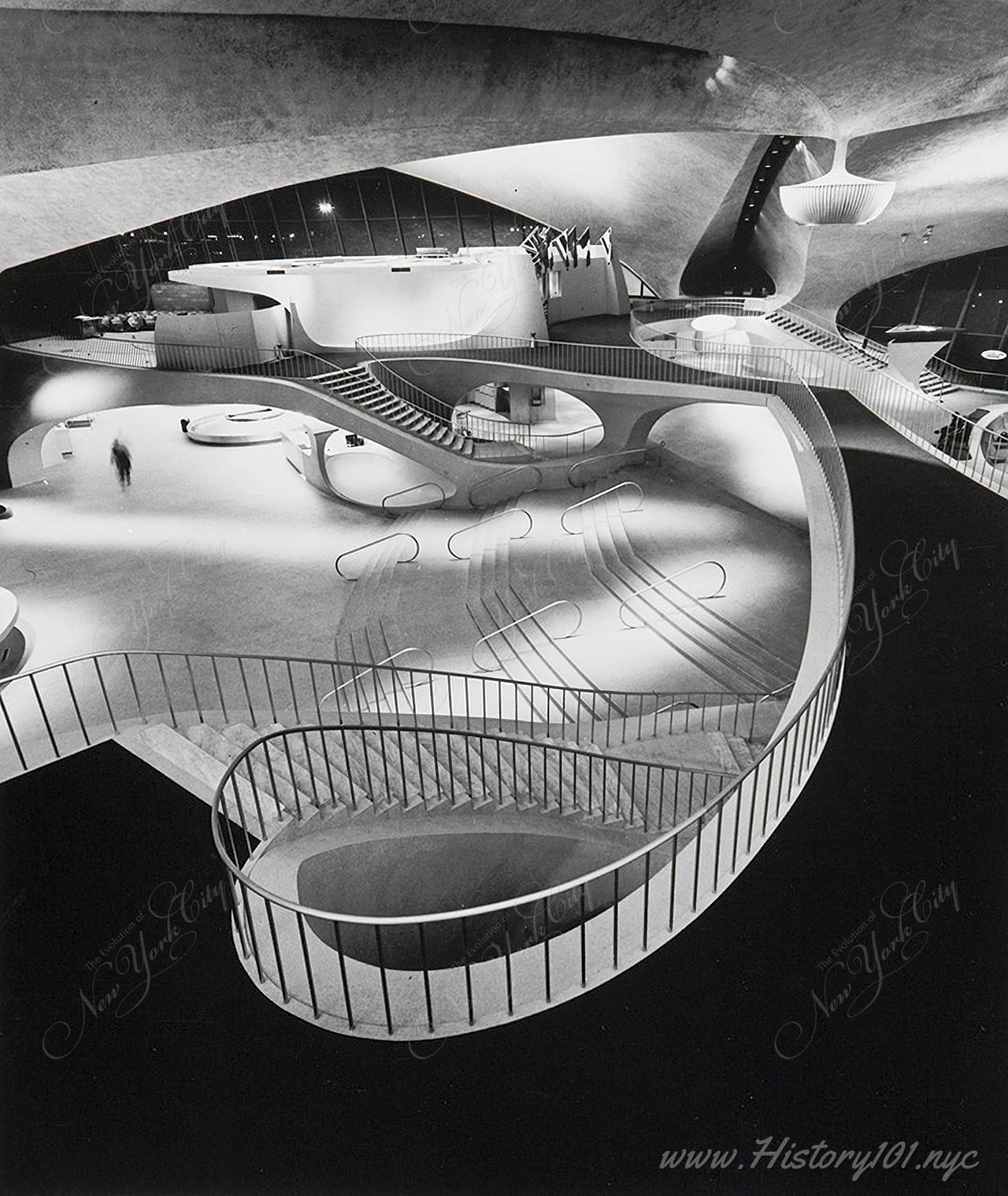 An interior shot of the Trans World Airlines Terminal, taken from the mezzanine level at night. 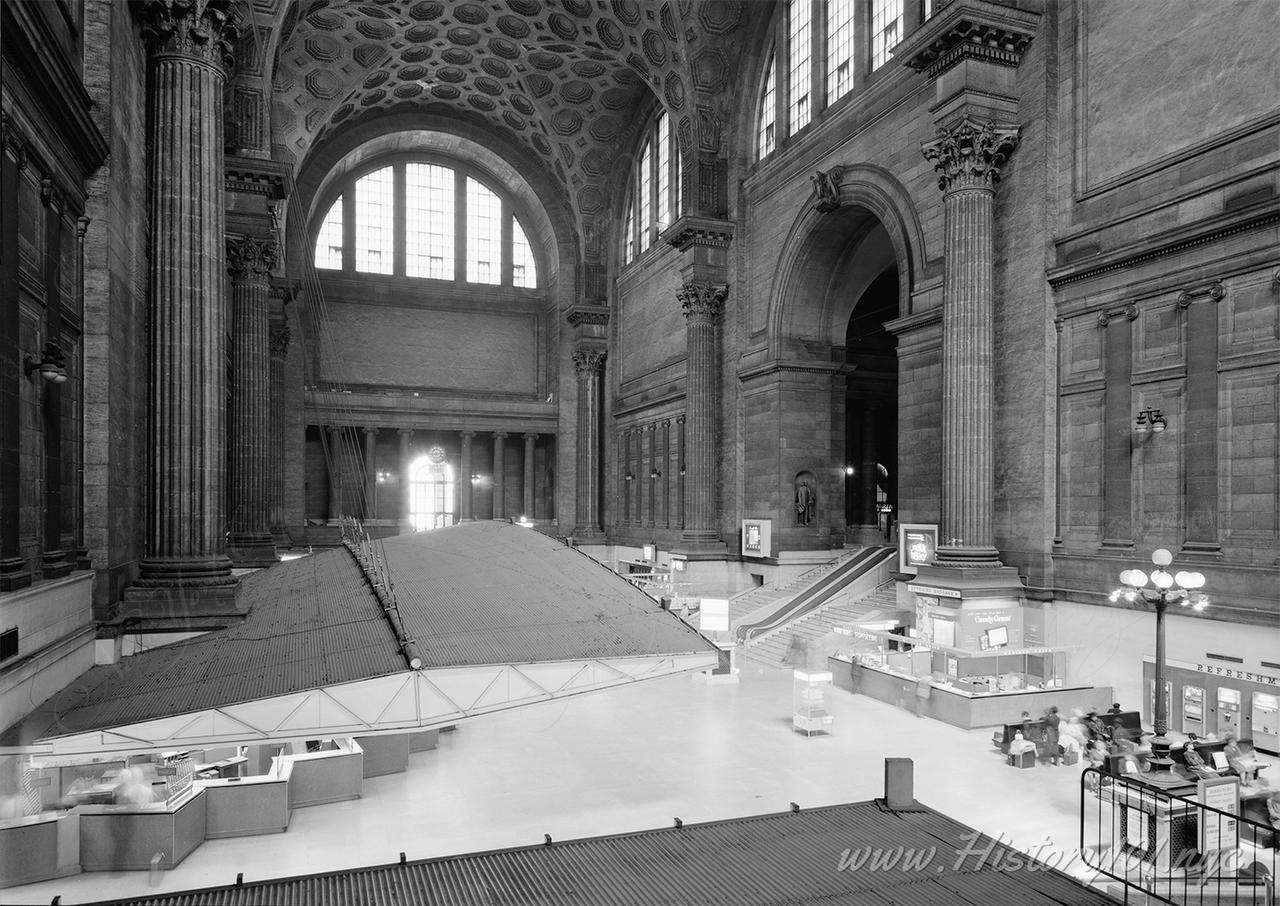 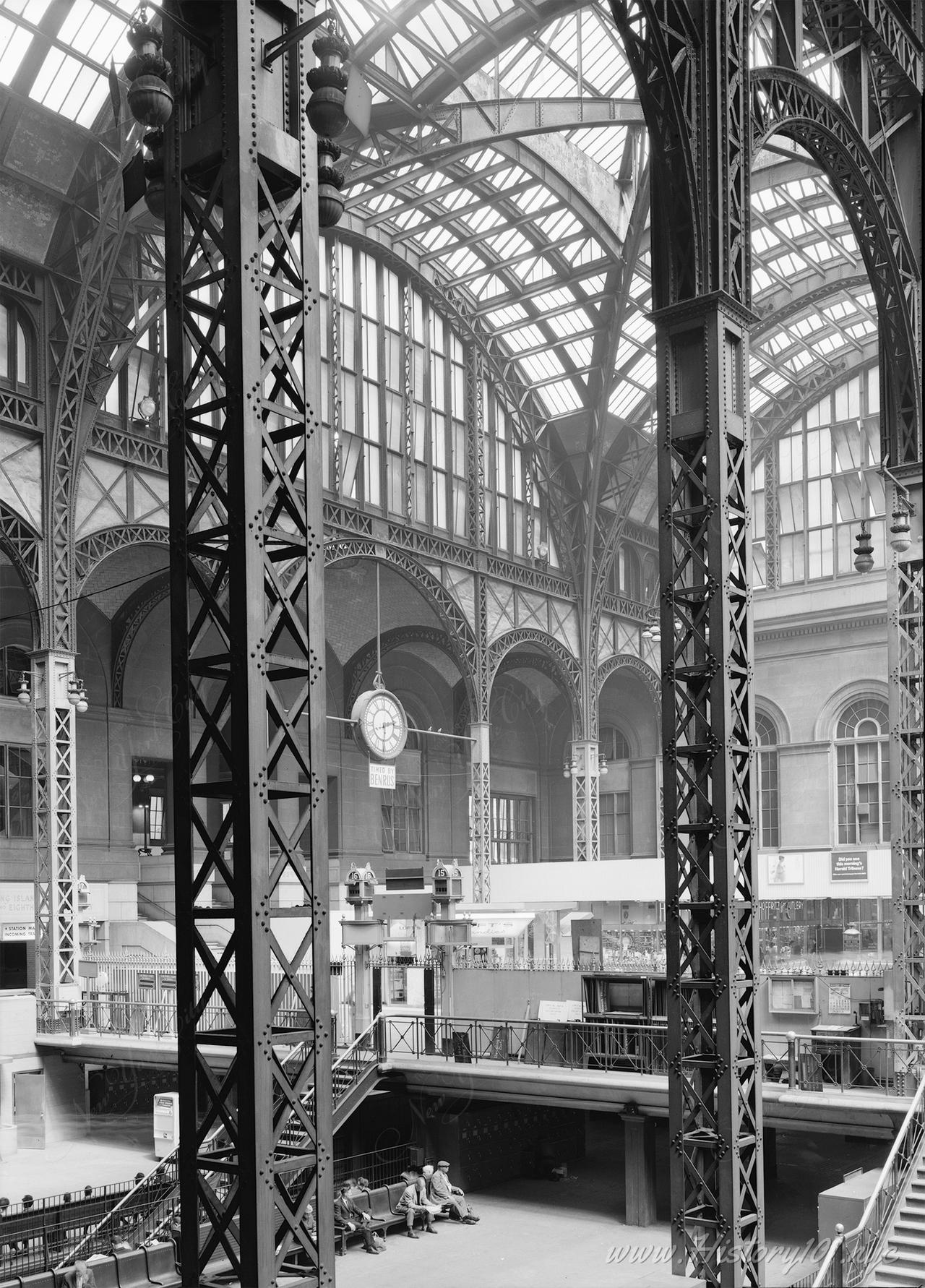 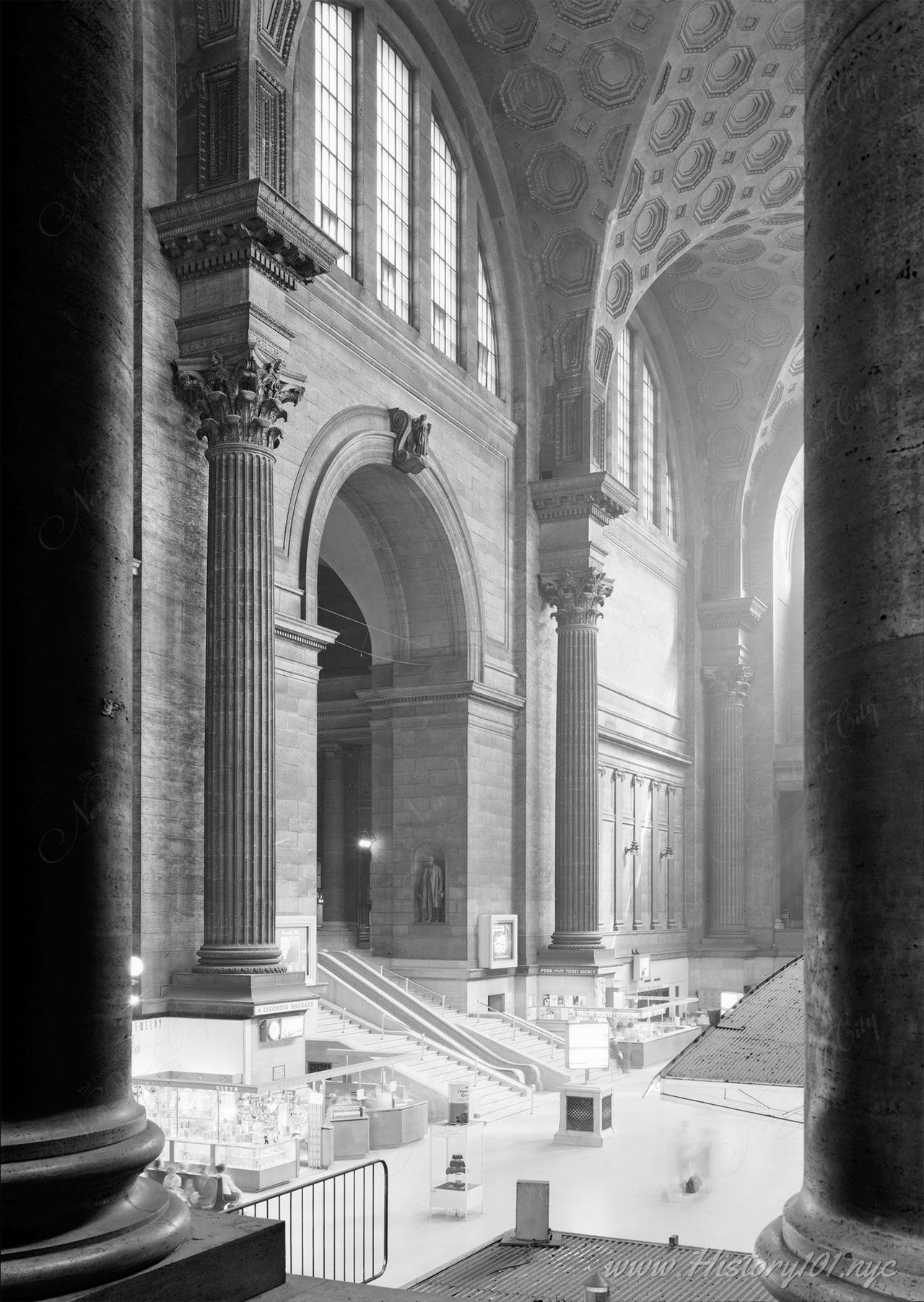 Photograph of the elaborate stonework and pillars that once adorned the walls of Pennsylvania Station. 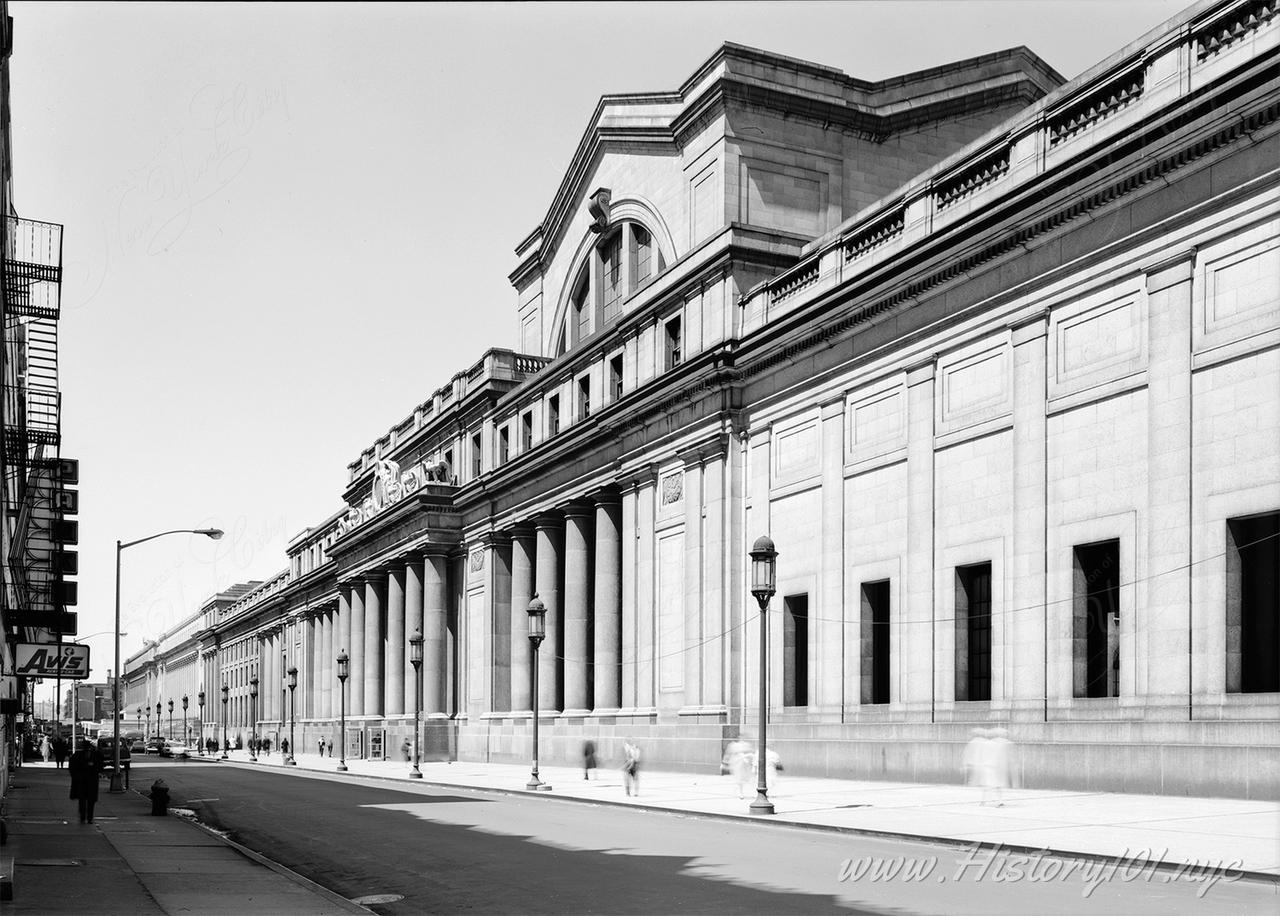 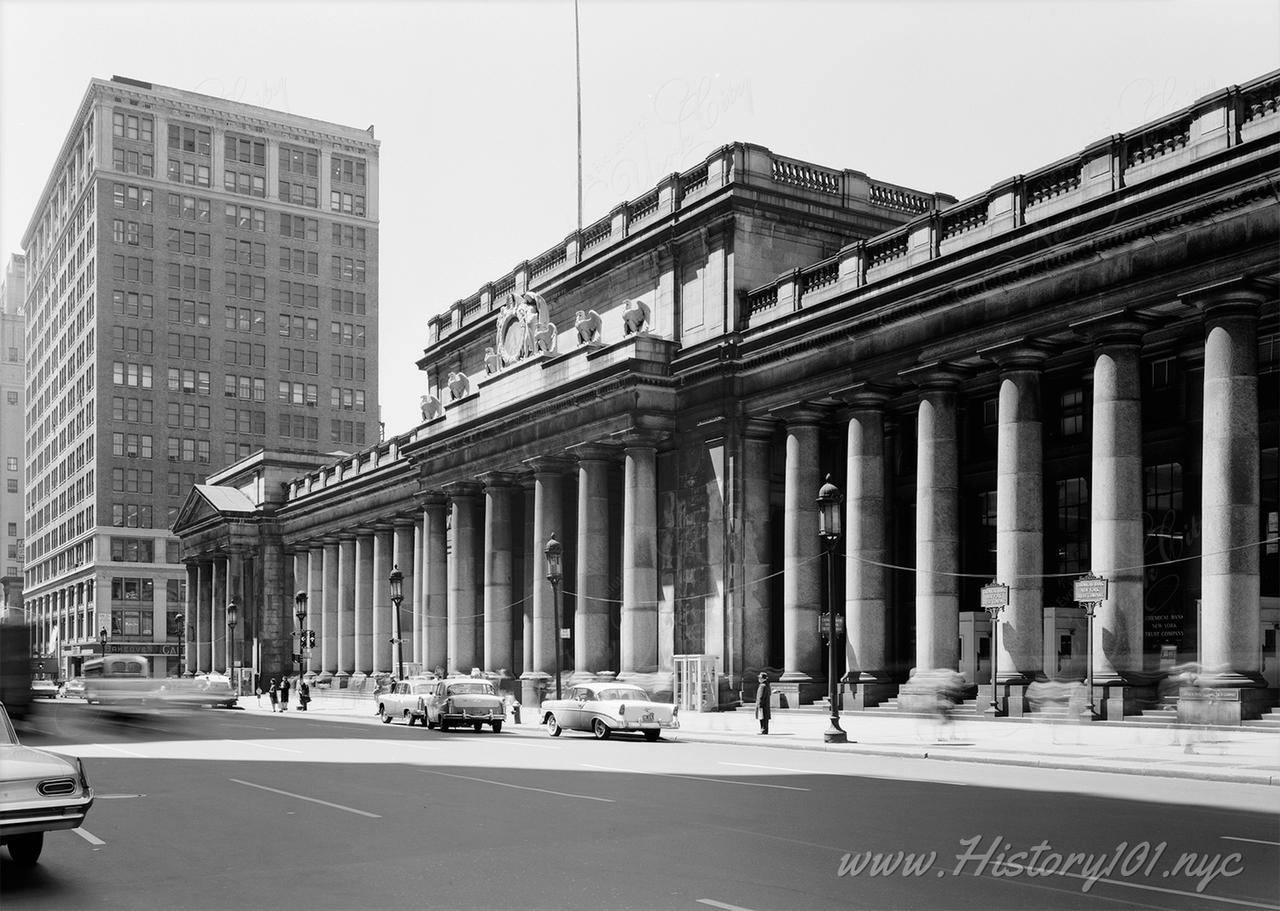 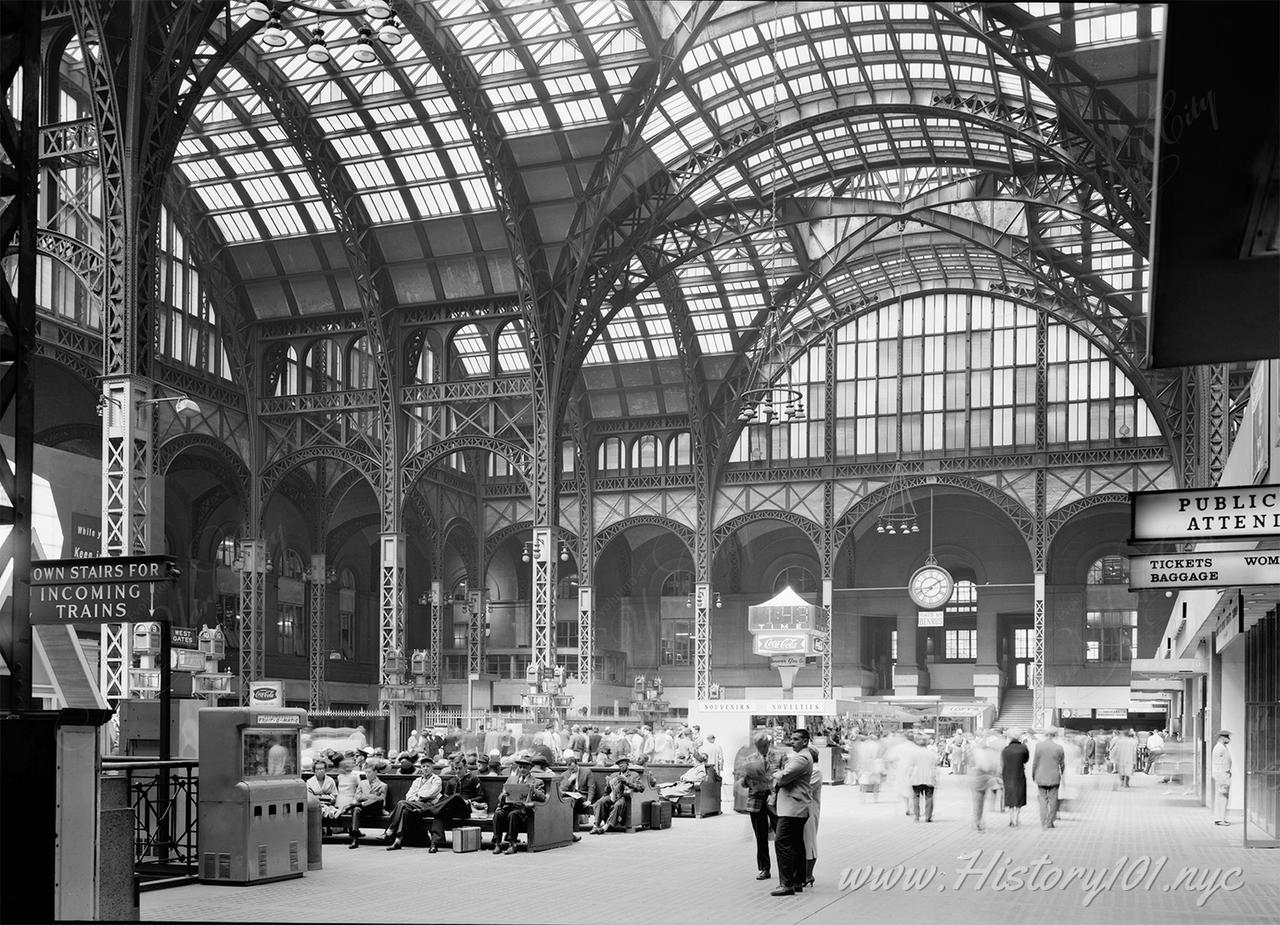 Photograph of passengers waiting for their train at Pennsylvania Station's Main Concourse. 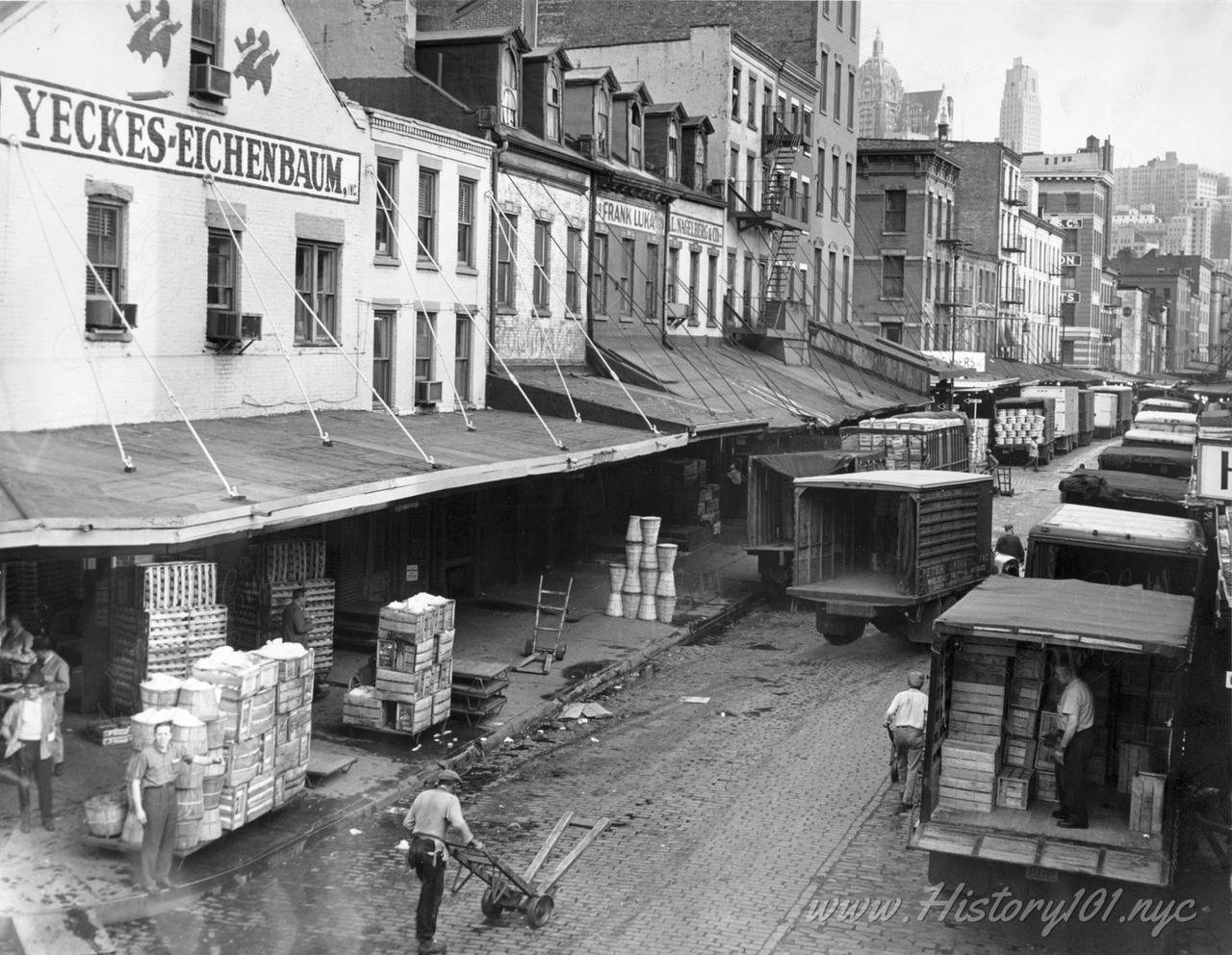 Photograph of trucks being loaded with produce at Washington Market in Downtown Manhattan.