After years of growth and success, the City faces some of its most harrowing challenges in the form the Influenza Epidemic, which would later become a full-blown pandemic due to its spread during World War 1. All of the city’s workers were issued face masks for protection and citizens were socially distanced to minimize the impact of the virus which would eventually claim the lives of over 50,000 New Yorkers. By contrast, the end of this time period was one of celebration, as the virus subsided and the city celebrated the Allied victory of the Great War, setting the City up for a full decade of decadence. 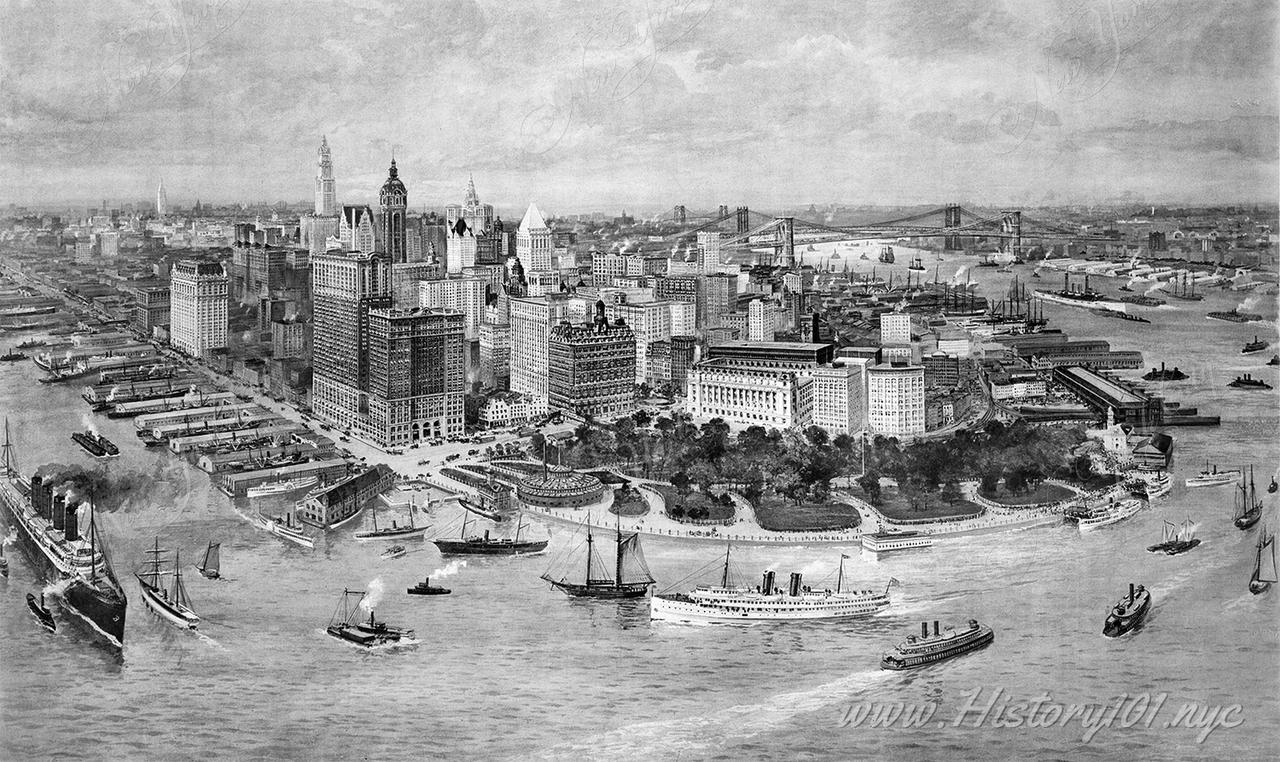 An illustration depicting an elevated perspective of New York Harbor, buzzing with activity from many ships. 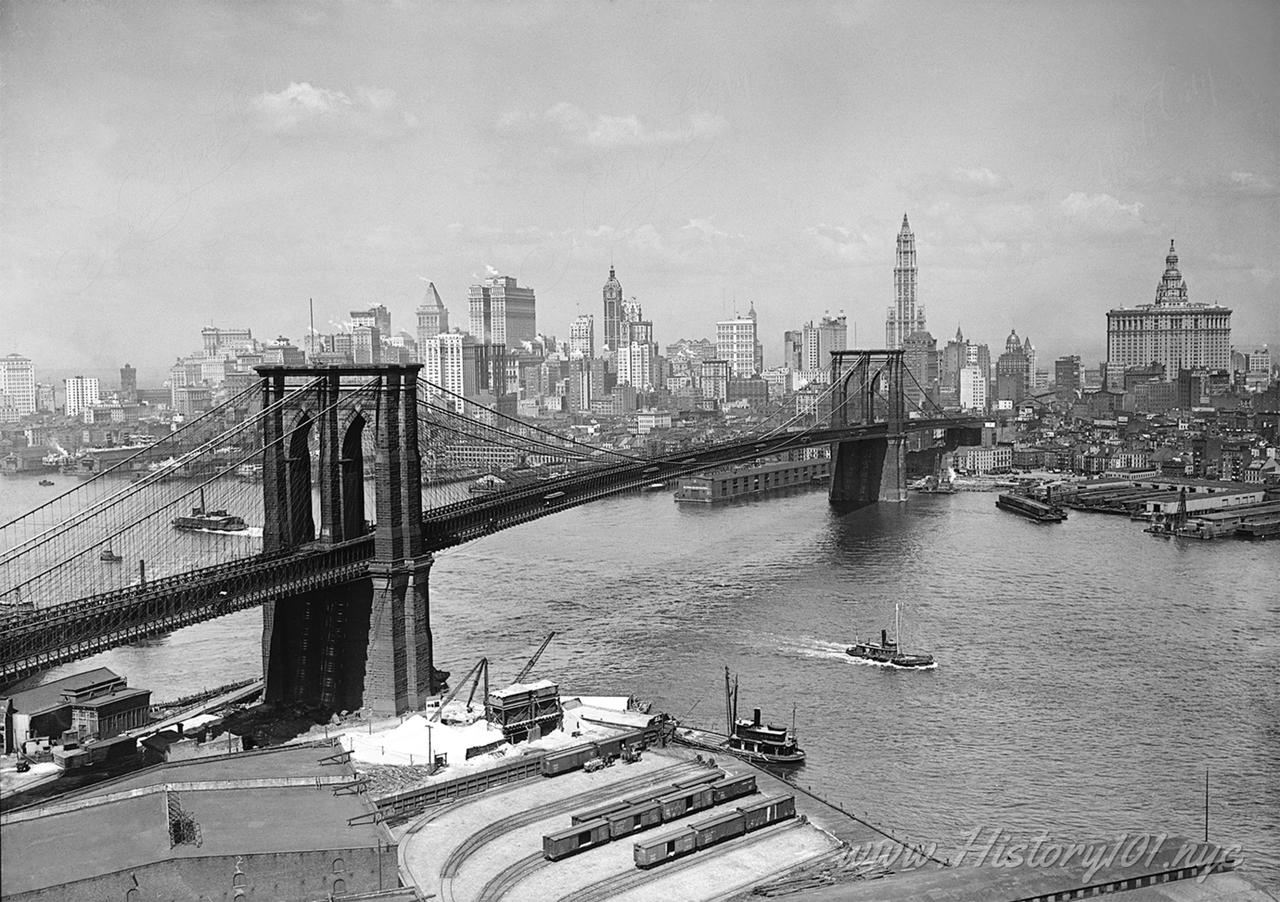 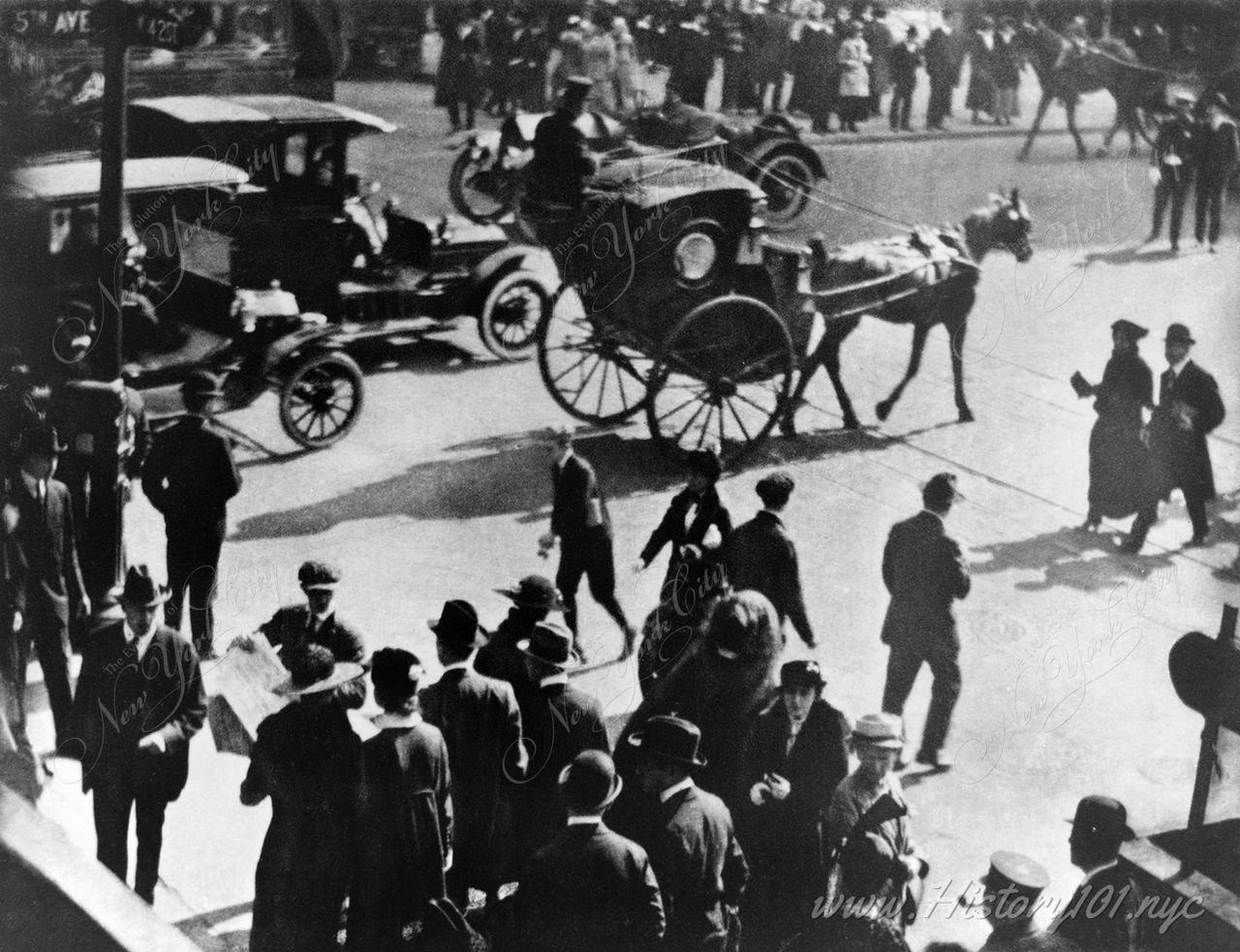 Photograph shows a horse-drawn carriage and automobiles on a city street in strong sunlight. 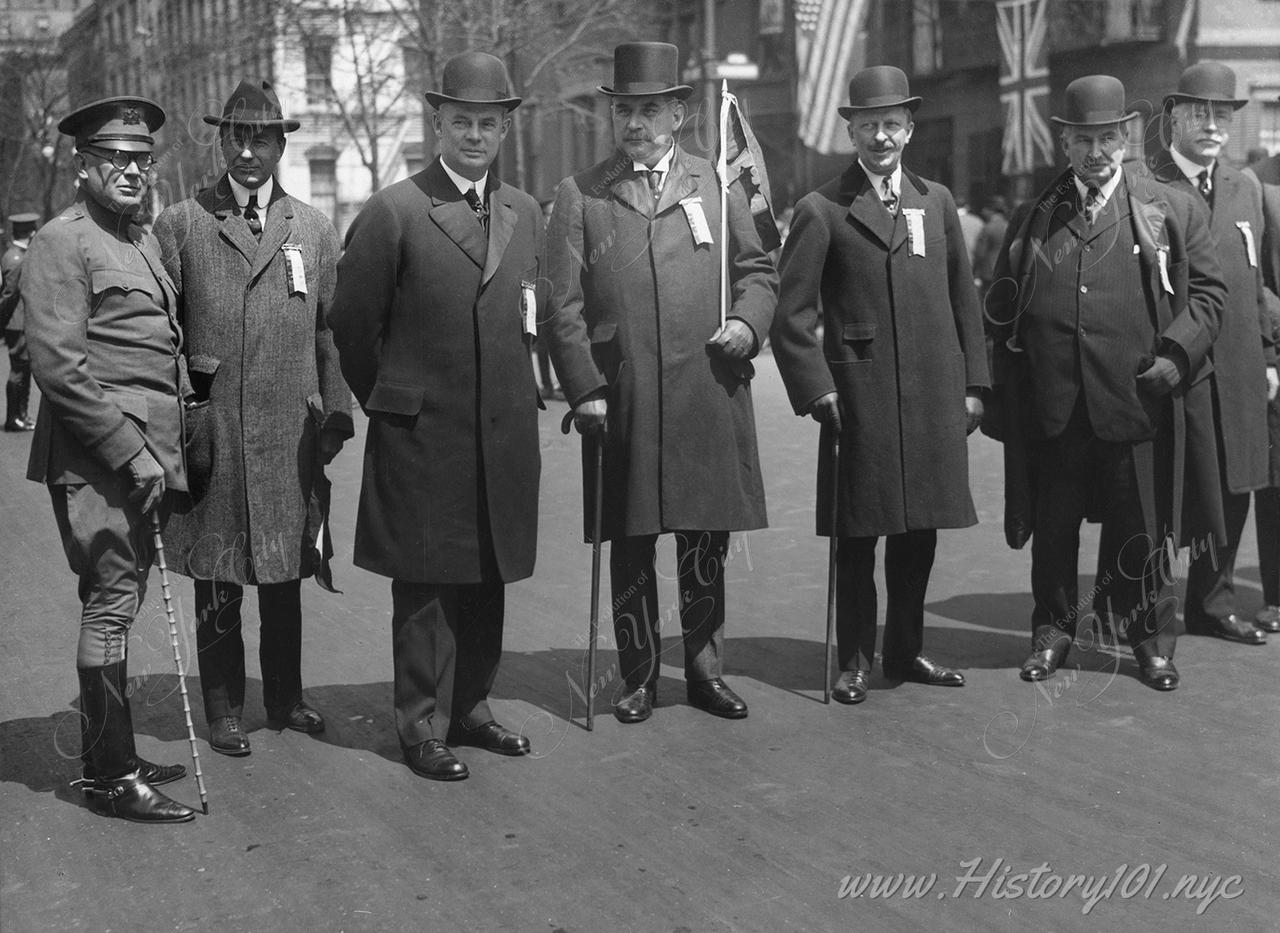 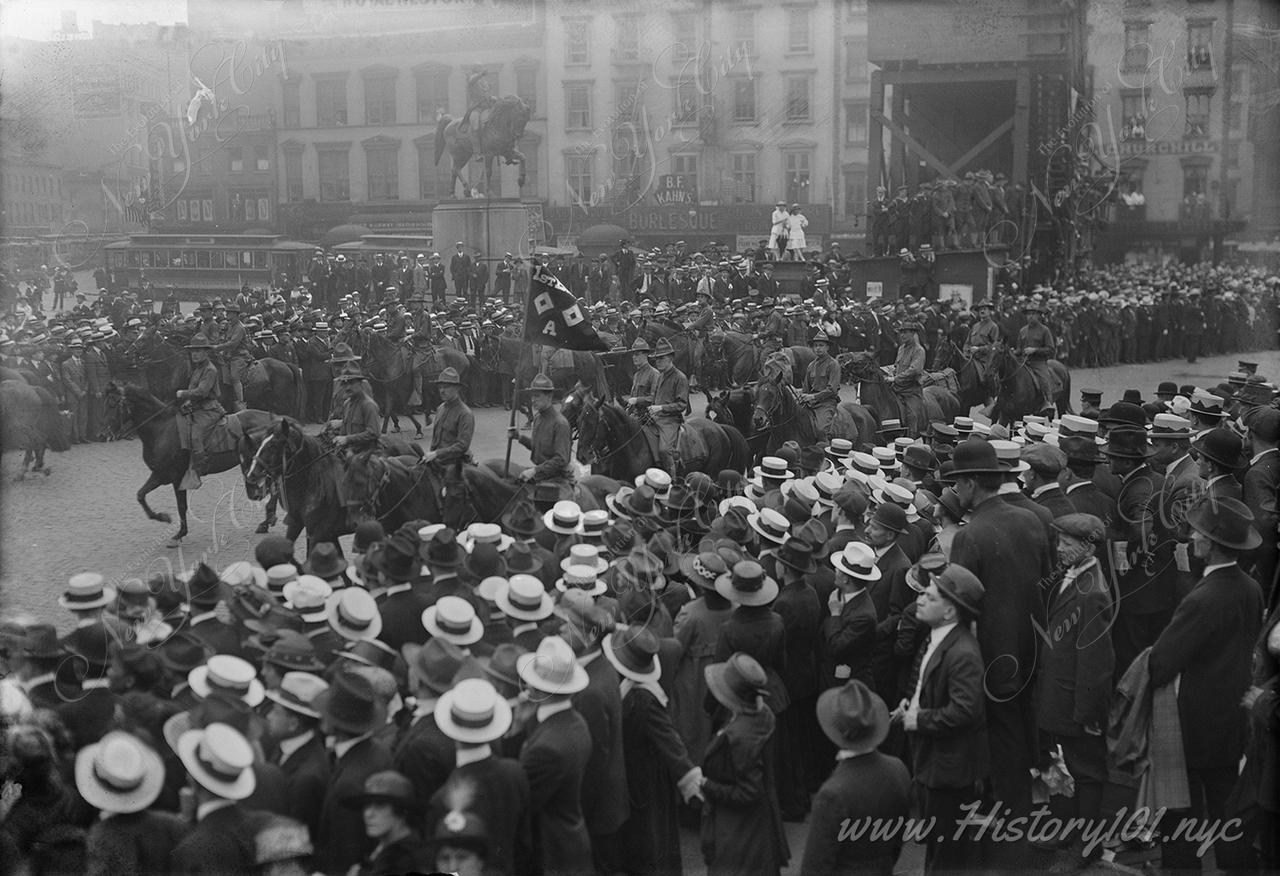 Photograph of military procession at Union Square drumming up support and enlistments for World War 1. 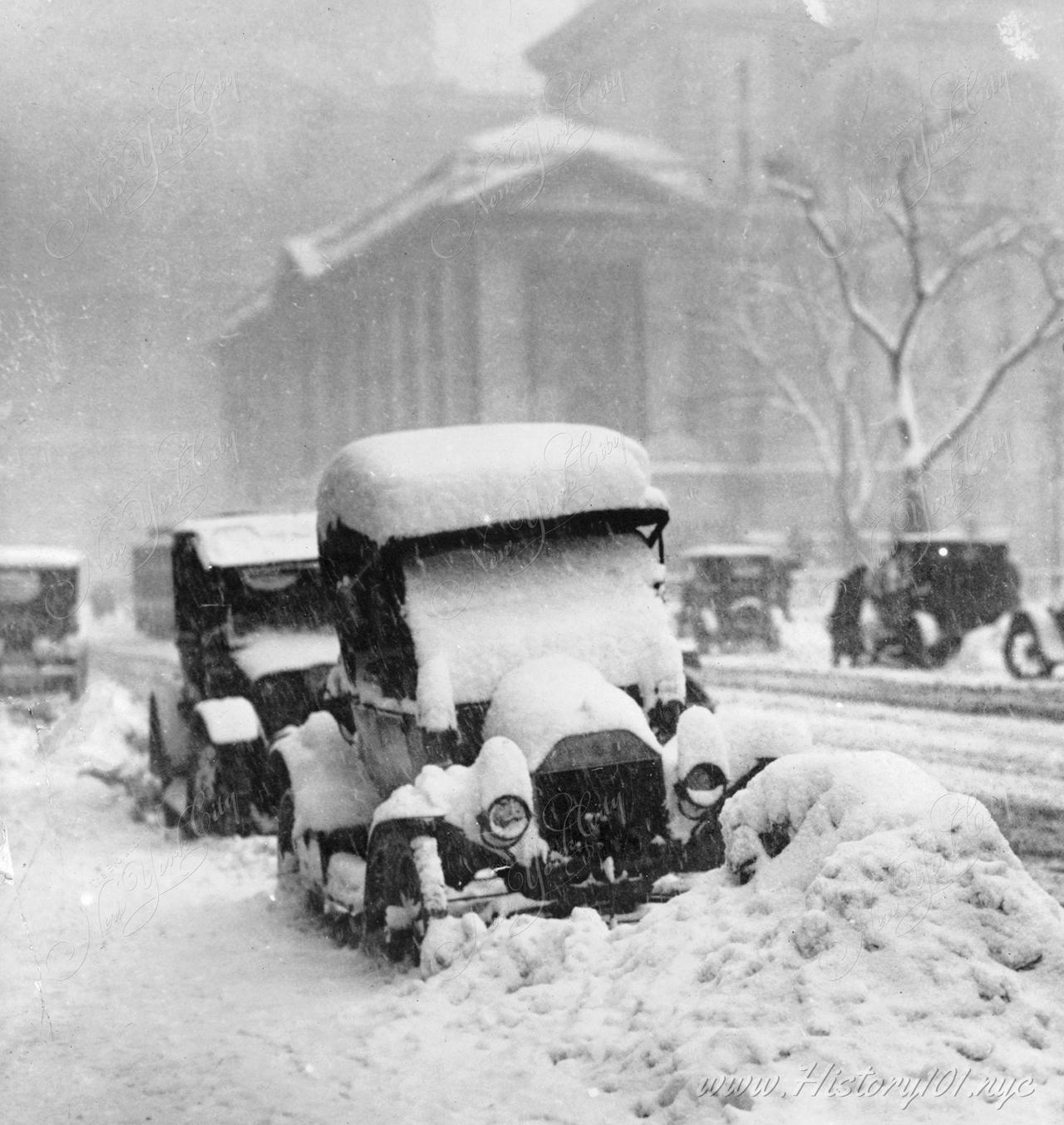 Photograph of parked cars, locked in place by piles of snow after a blizzard. 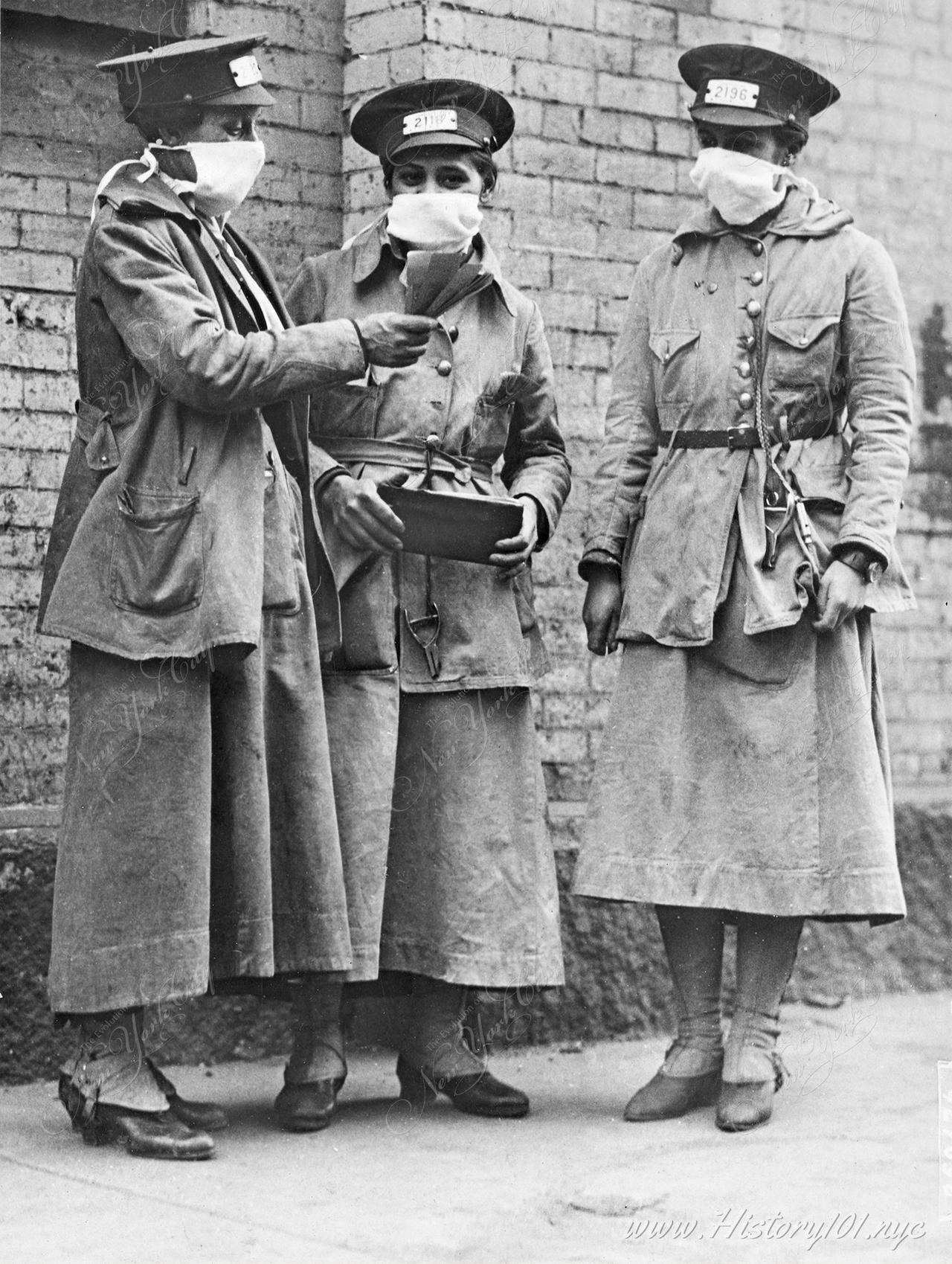 Photograph of female transit workers wearing face masks for protection from the highly contagious and deadly flu which was spread far and wide by the war. 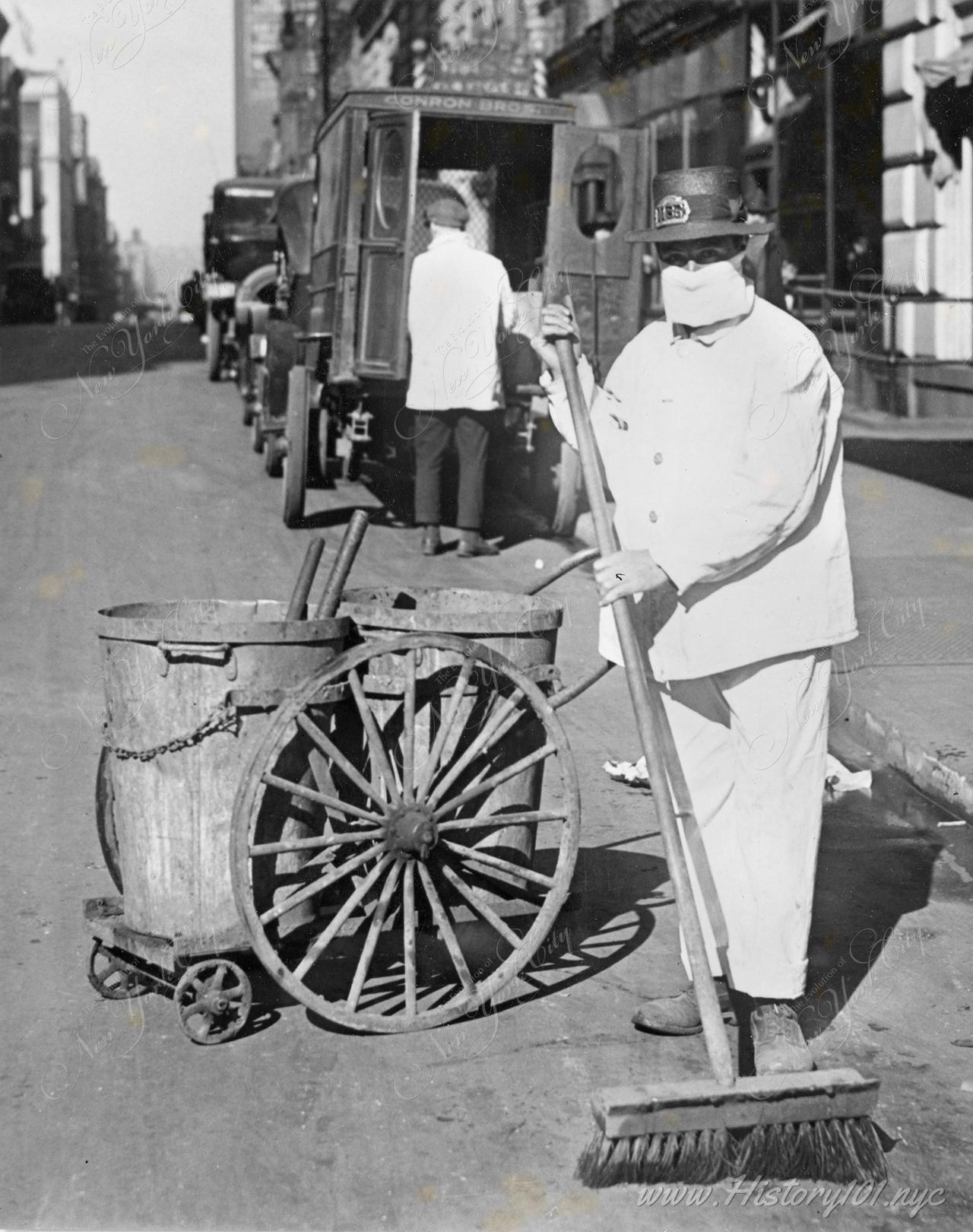 Mask worn by a street cleaner to check influenza spread. The catch phrase of the New York Health Board to wear masks has been headed: "Better ridiculous than dead" 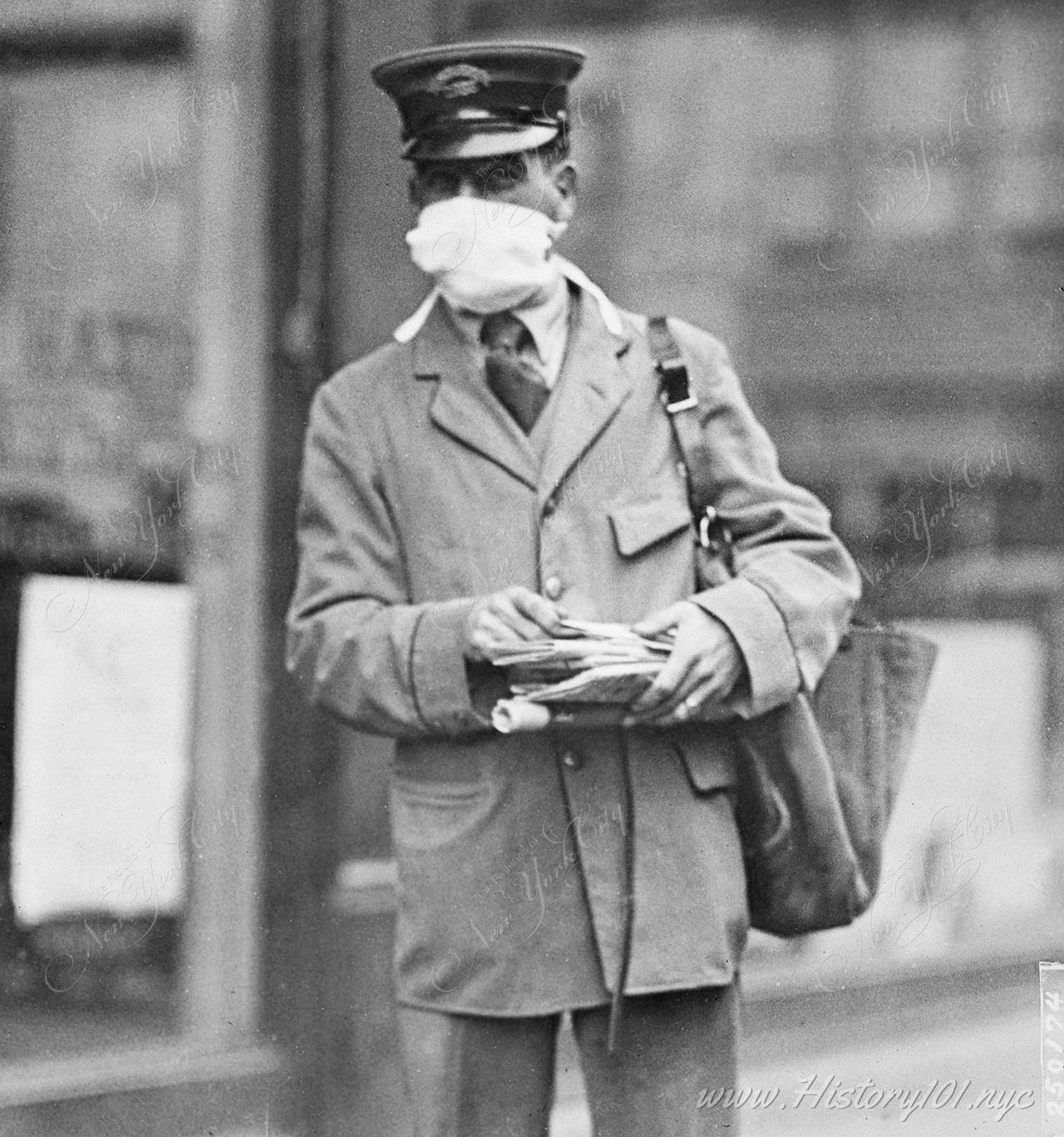 Photograph of a mailman wearing a face mask during the deadly avian flu which was sweeping the world. 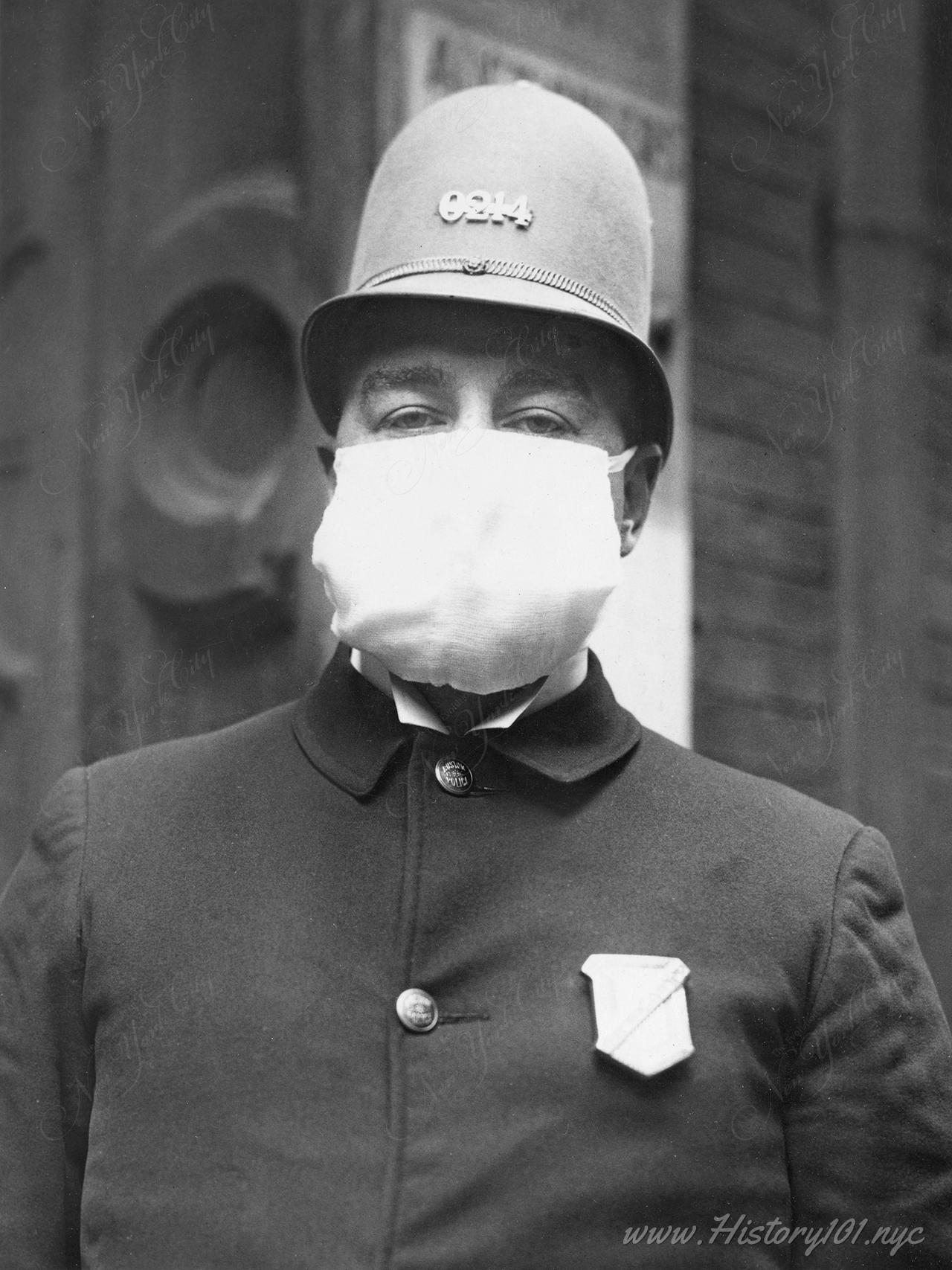 Photograph of a policeman wearing a mask during the Spanish Flu pandemic. 1700 of these masks were distributed to police throughout the city for protection. 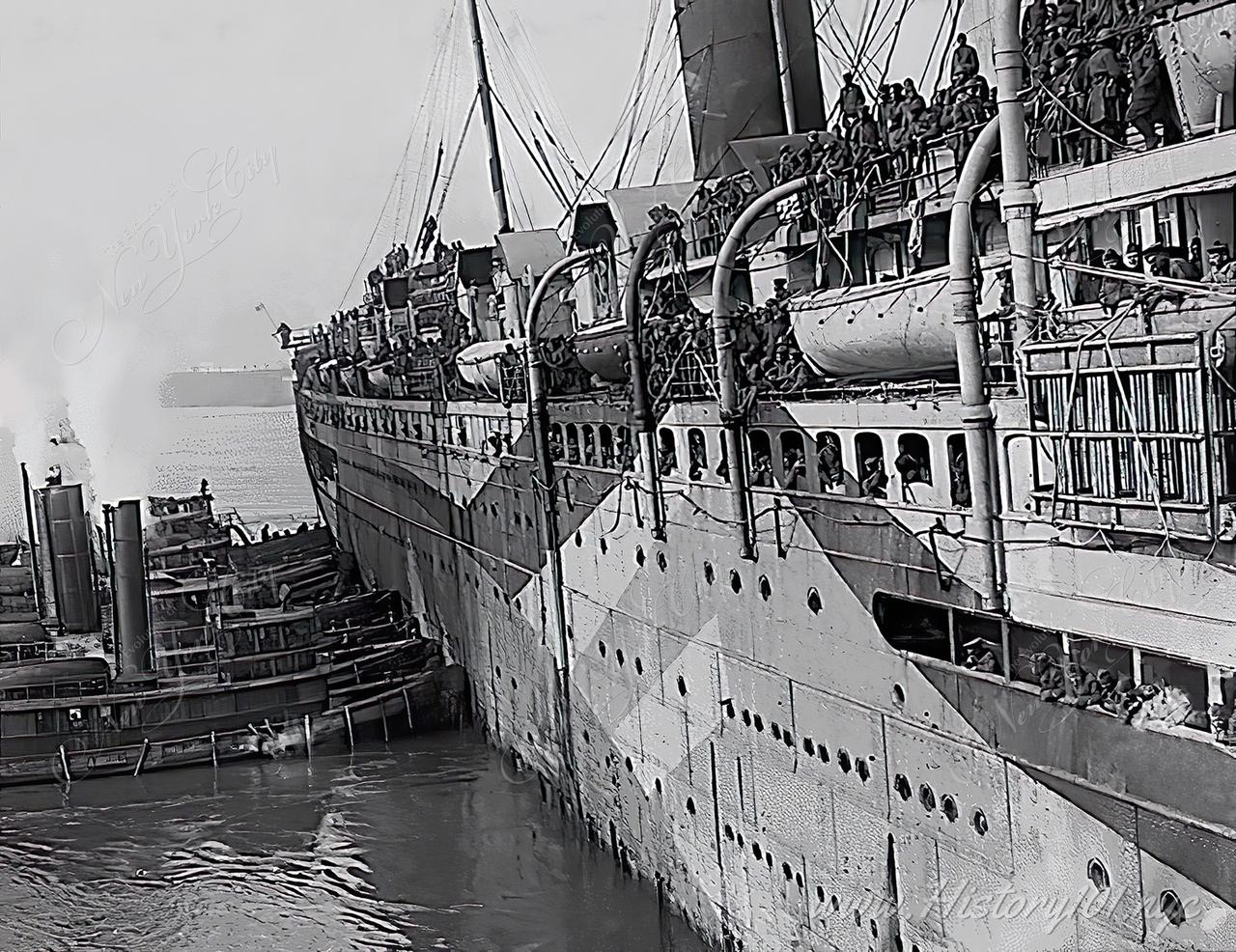 Photograph of the famous African American regiment arriving home - they never had one of their men captured, and received the Croix de Guerre for their bravery. 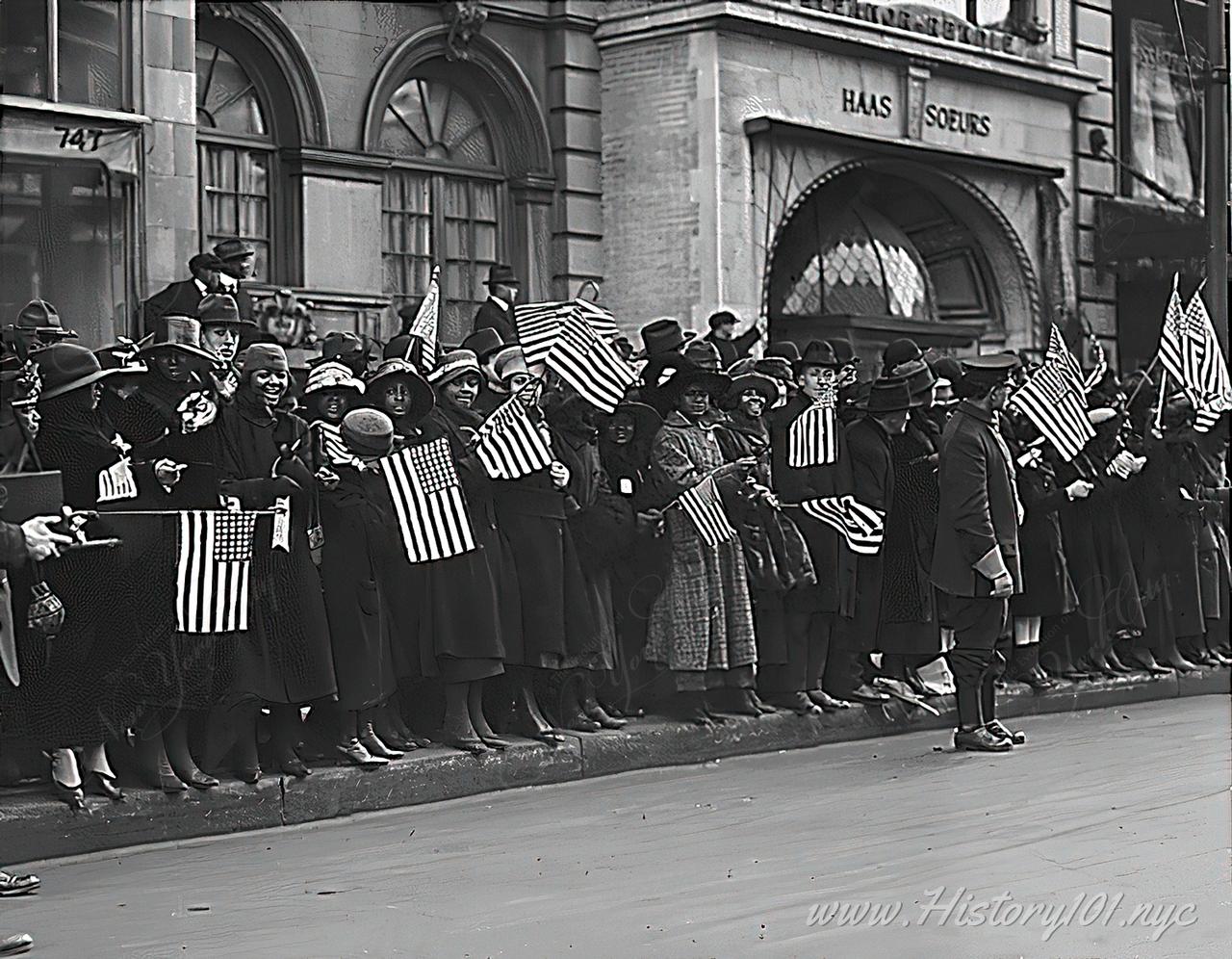 Photograph of crowds waiting for the parade of the famous 369th Infantry (Harlem Hellfighters). 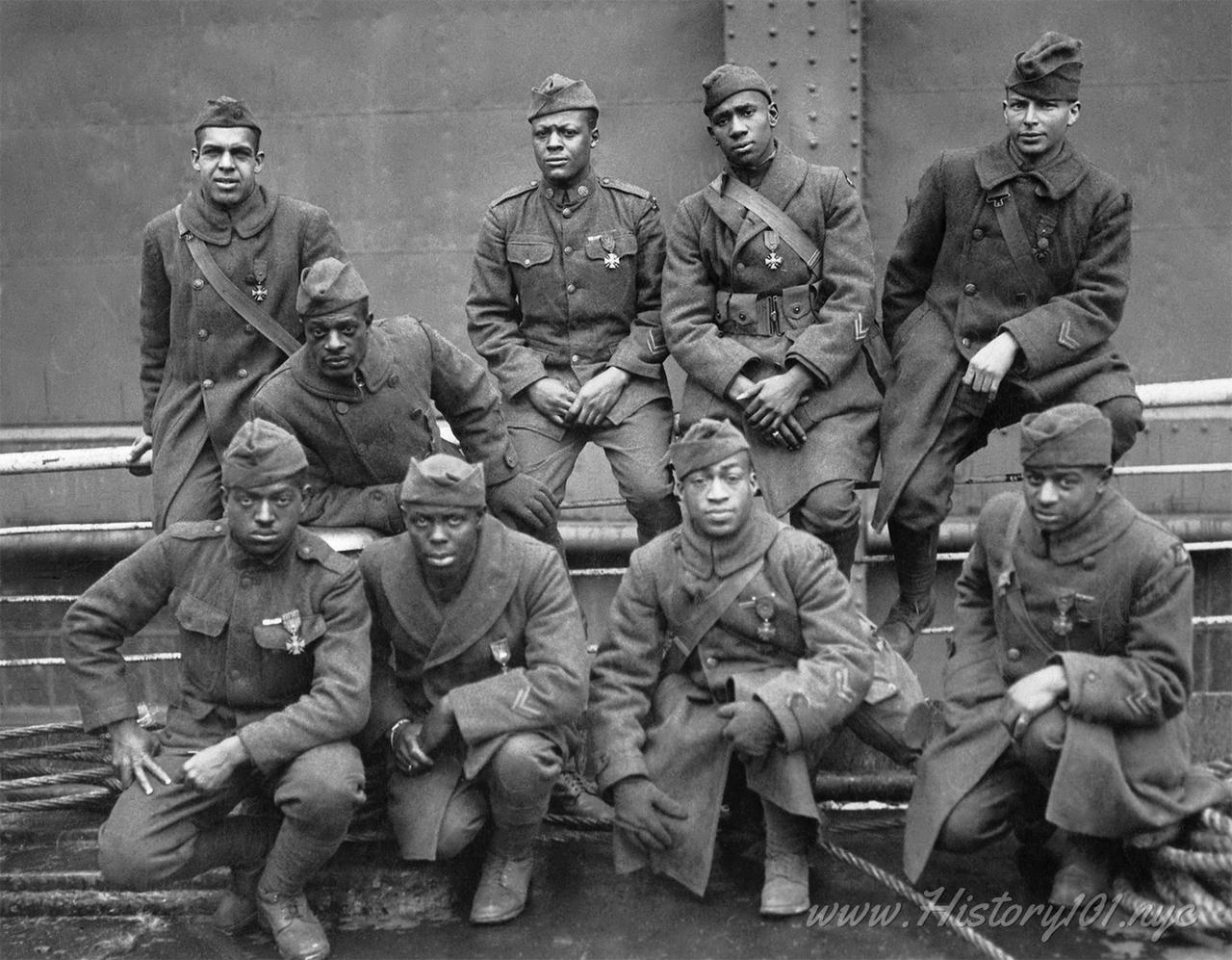 Some of the men of the 369th Infantry Regiment (aka Harlem Hellfighters) who won the Croix de Guerre for gallantry in action. 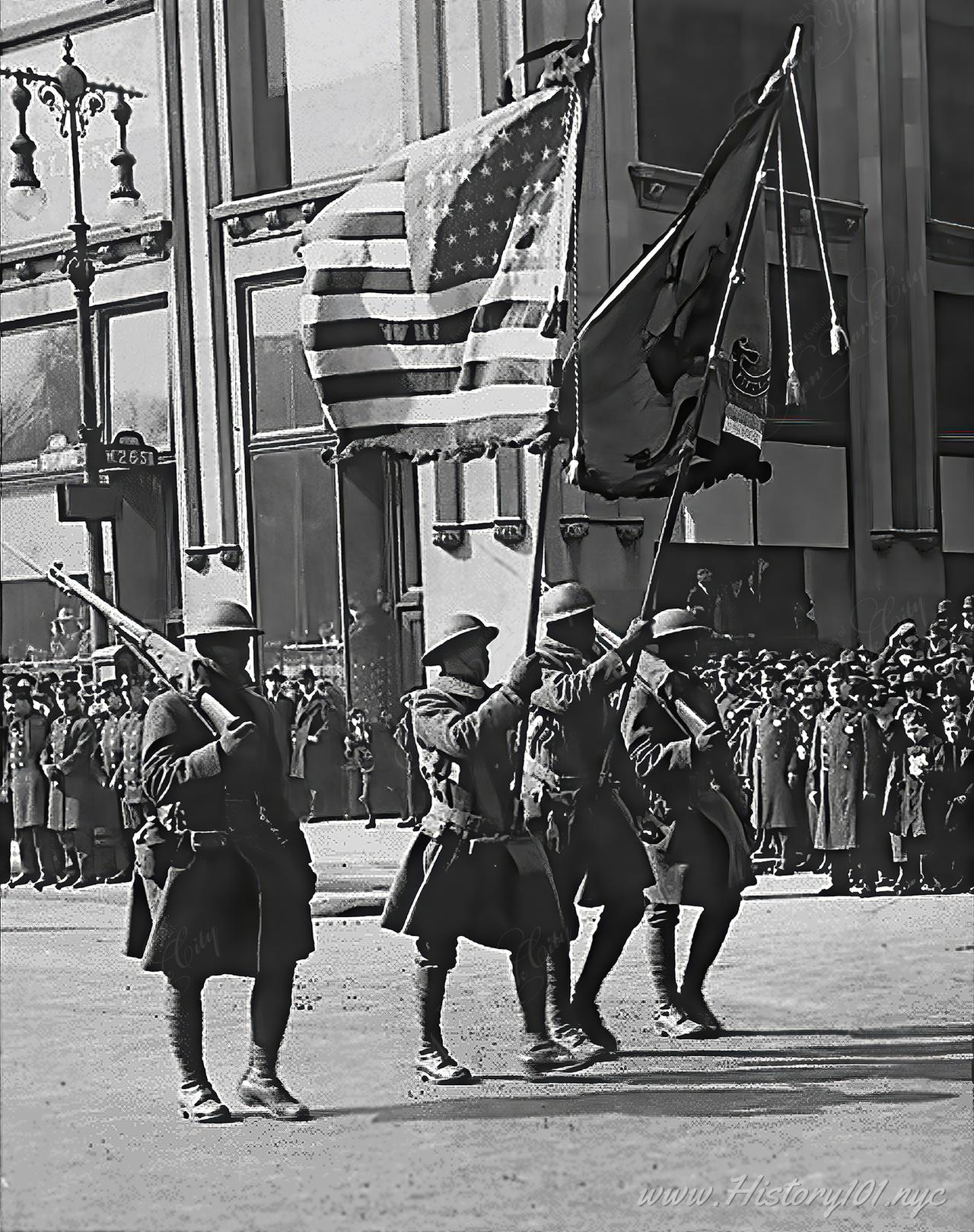 Photograph of the 369th Infantry, commonly referred to as "The Harlem Hellfighters" waving an American flag and their infantry colors. 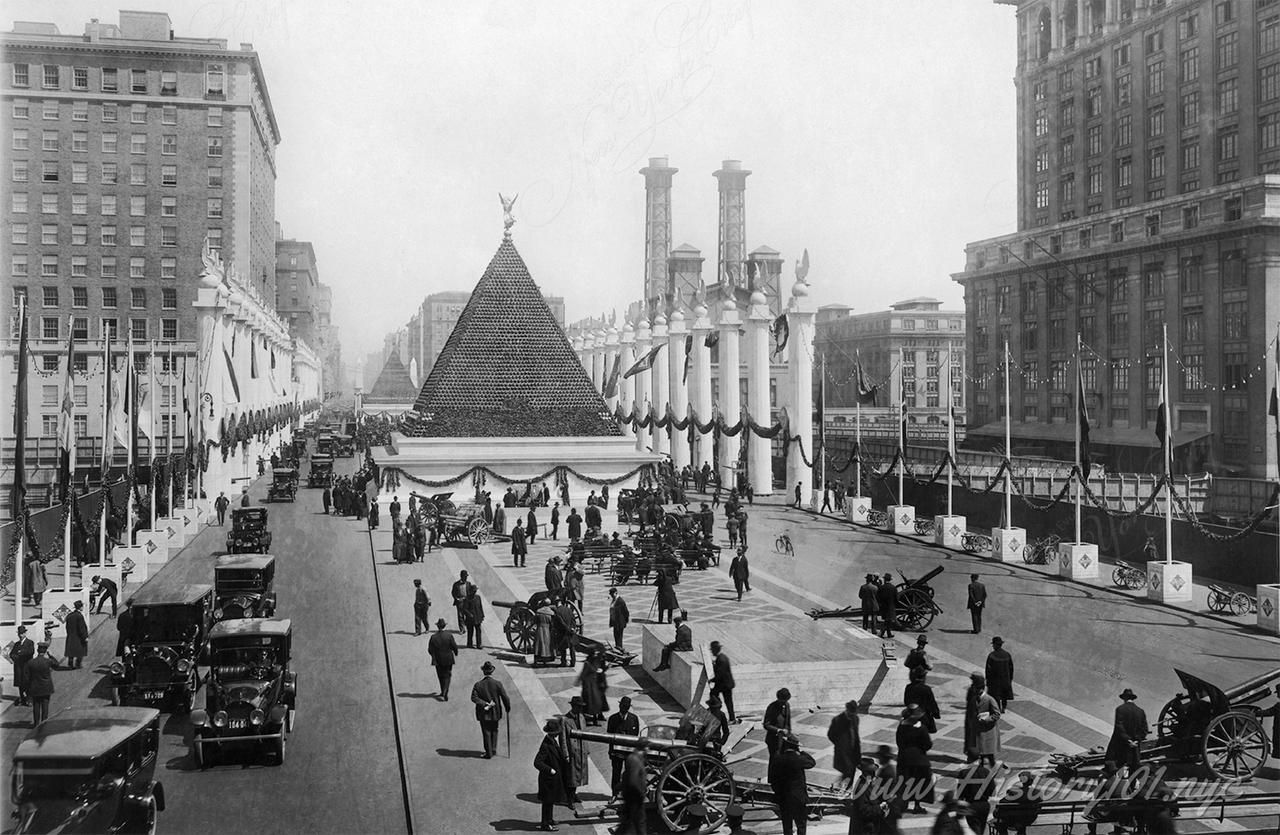 Aerial photograph of Victory Way on Park Avenue, showing two pyramids that were covered in German helmets to celebrate Allied victory in the Great War (WW1).