At the dawn of another decade, New York’s expansion and cultural influence show no signs of slowing. The New York Public Library’s main branch was completed and just a few blocks away, Grand Central Terminal was rebuilt to a luxurious standard, moving thousands of commuters a day. Pennsylvania Station – an architectural marvel in its own right was also completed during this time, along with The North River Tunnels which would connect New York with New Jersey.

Click Here to View All 58 Images on One Page 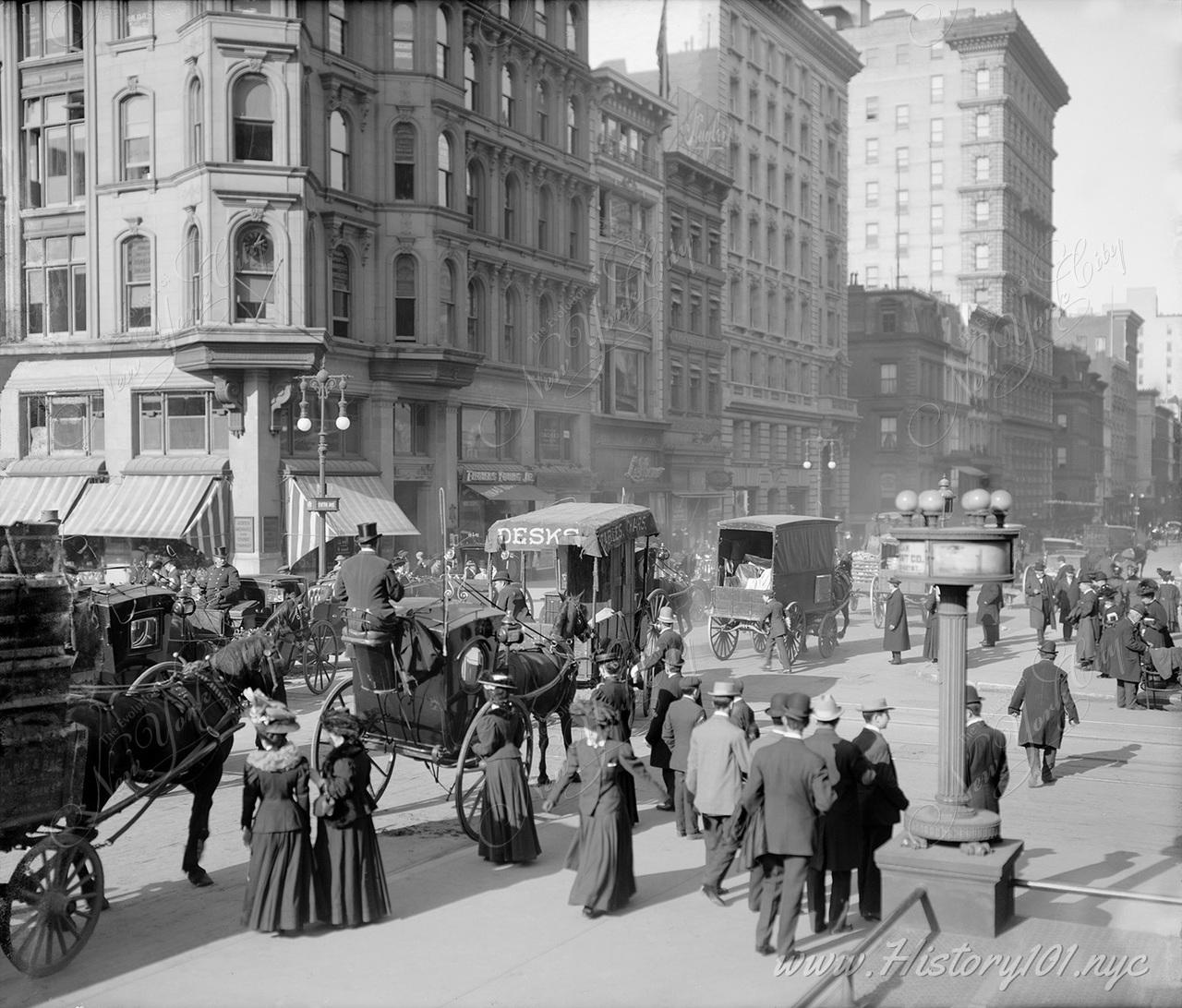 One of the city's busiest intersections filled with shoppers, commuters. The streets are packed with horses and carriages. 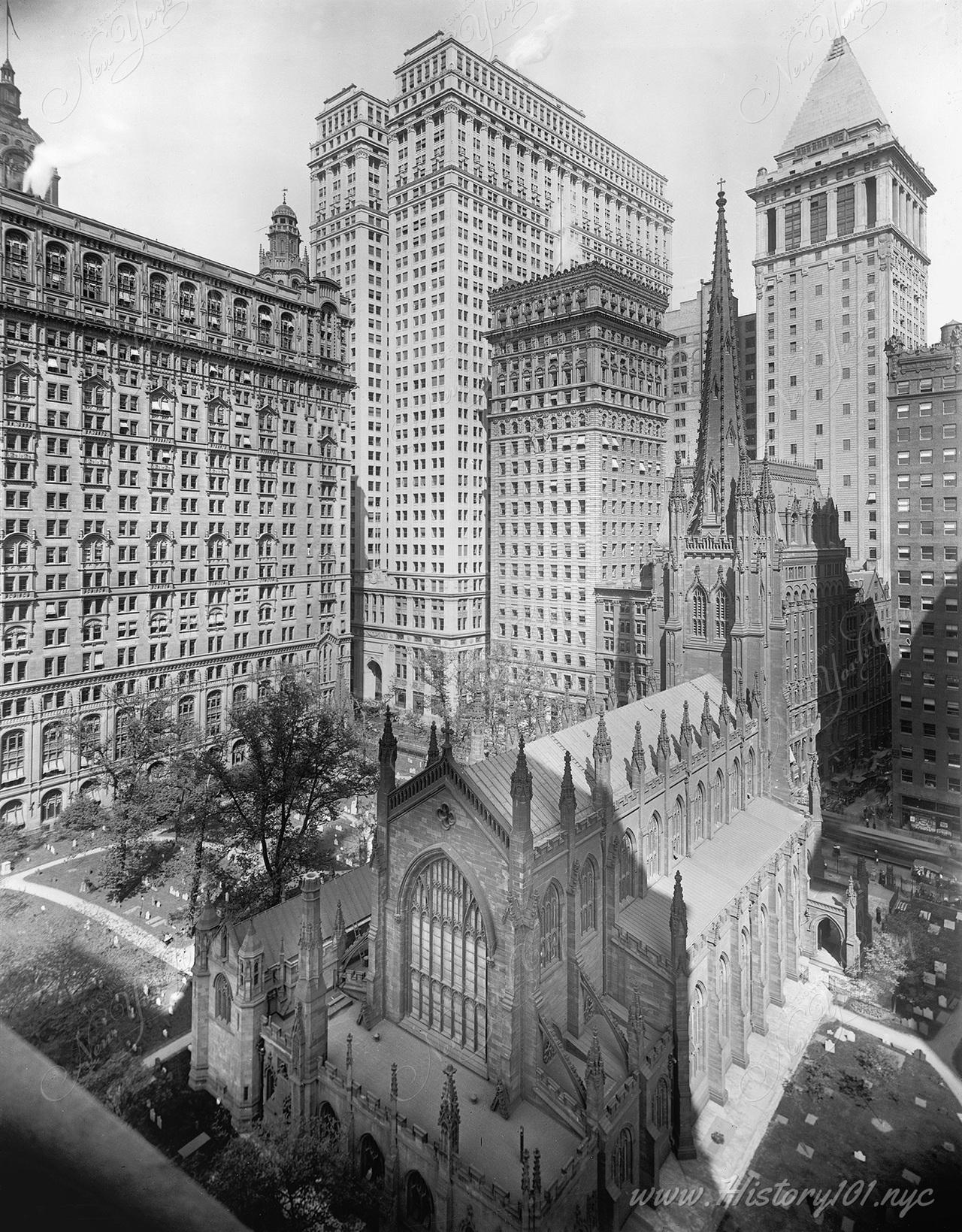 Photograph of an elevated perspective of Trinity Church and its surrounding buildings. 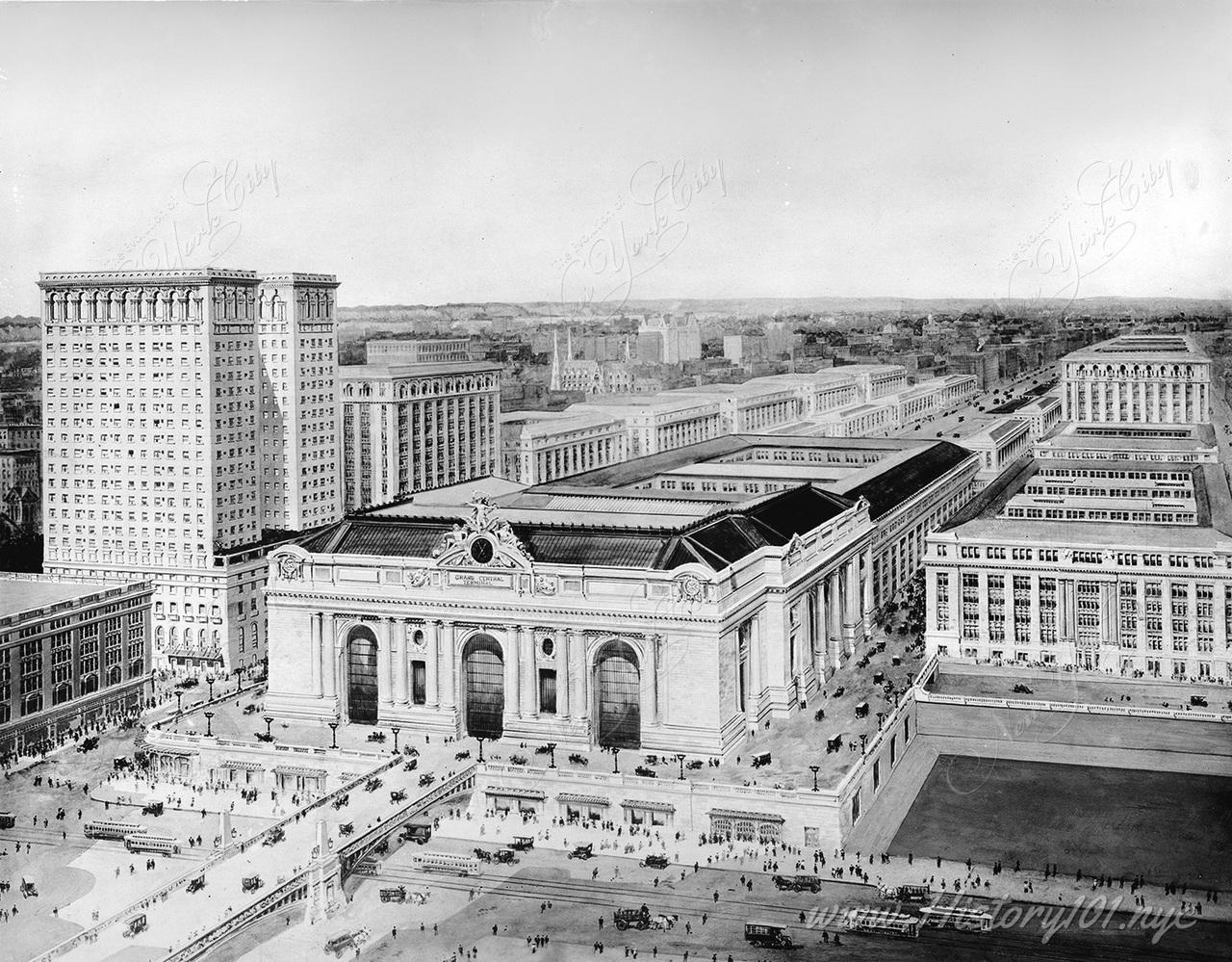 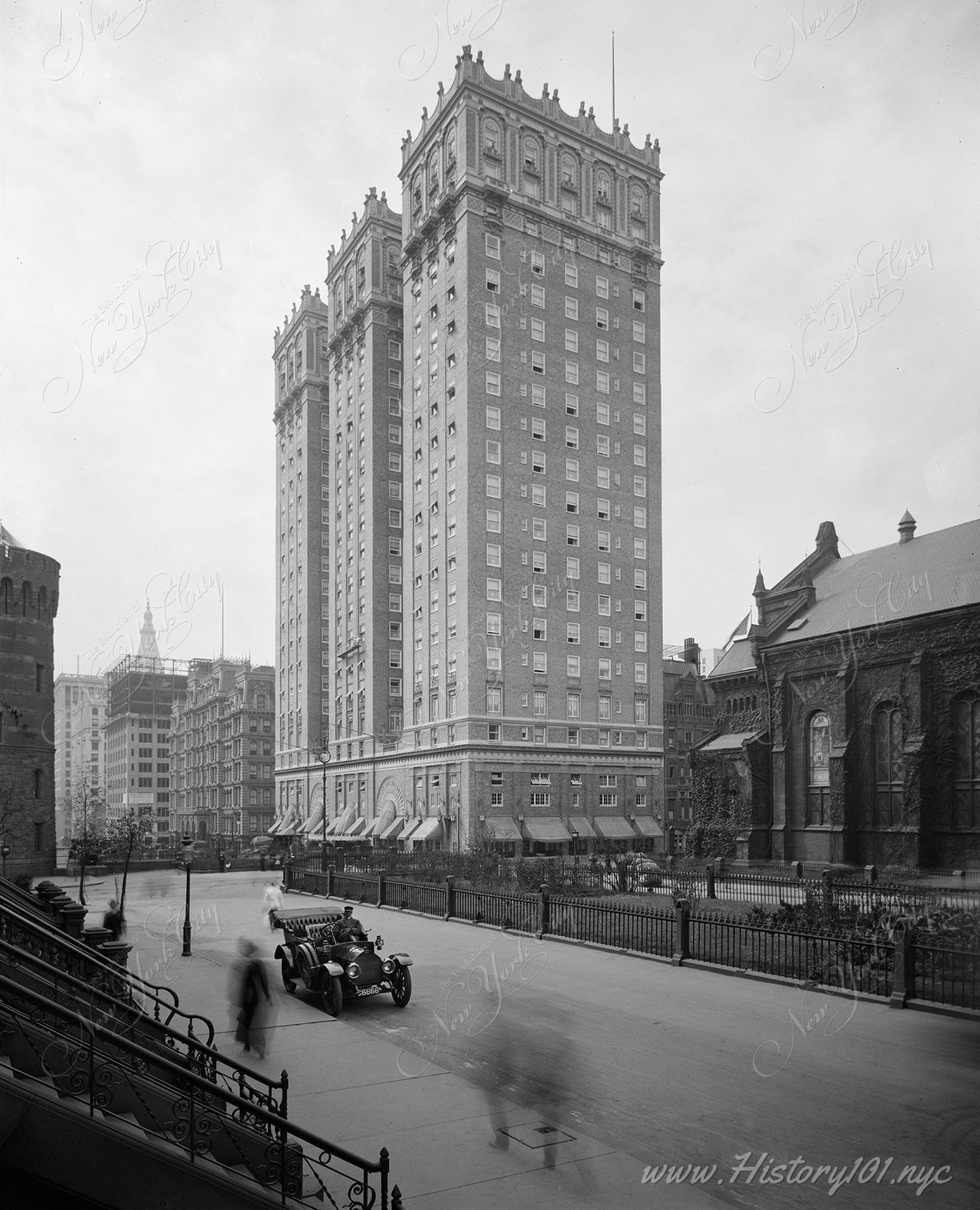 Photograph of The Vanderbilt Hotel which was built at 4 Park Avenue, between East 33rd and 34th Street in 1910-13, and designed by Warren & Wetmore. 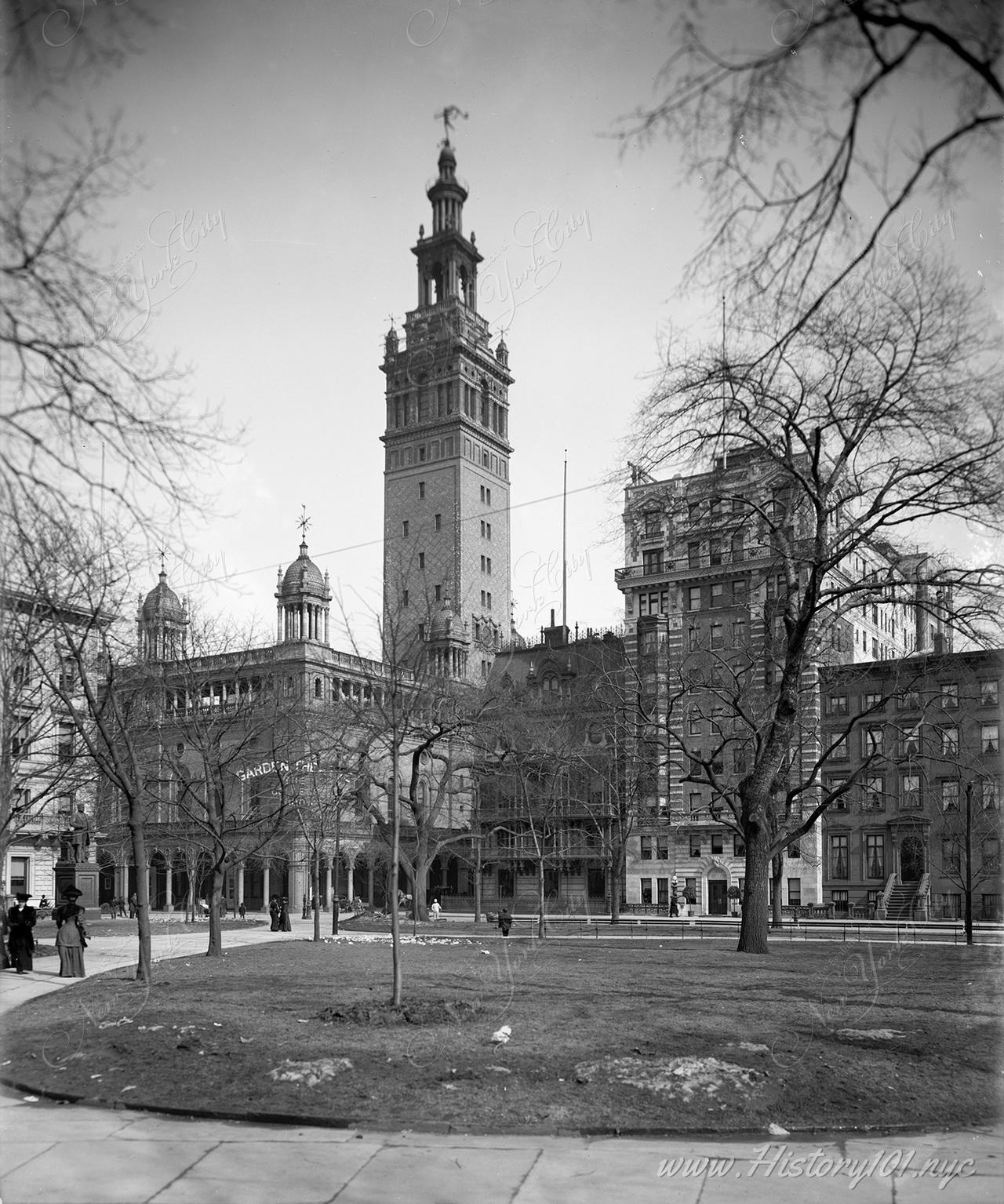 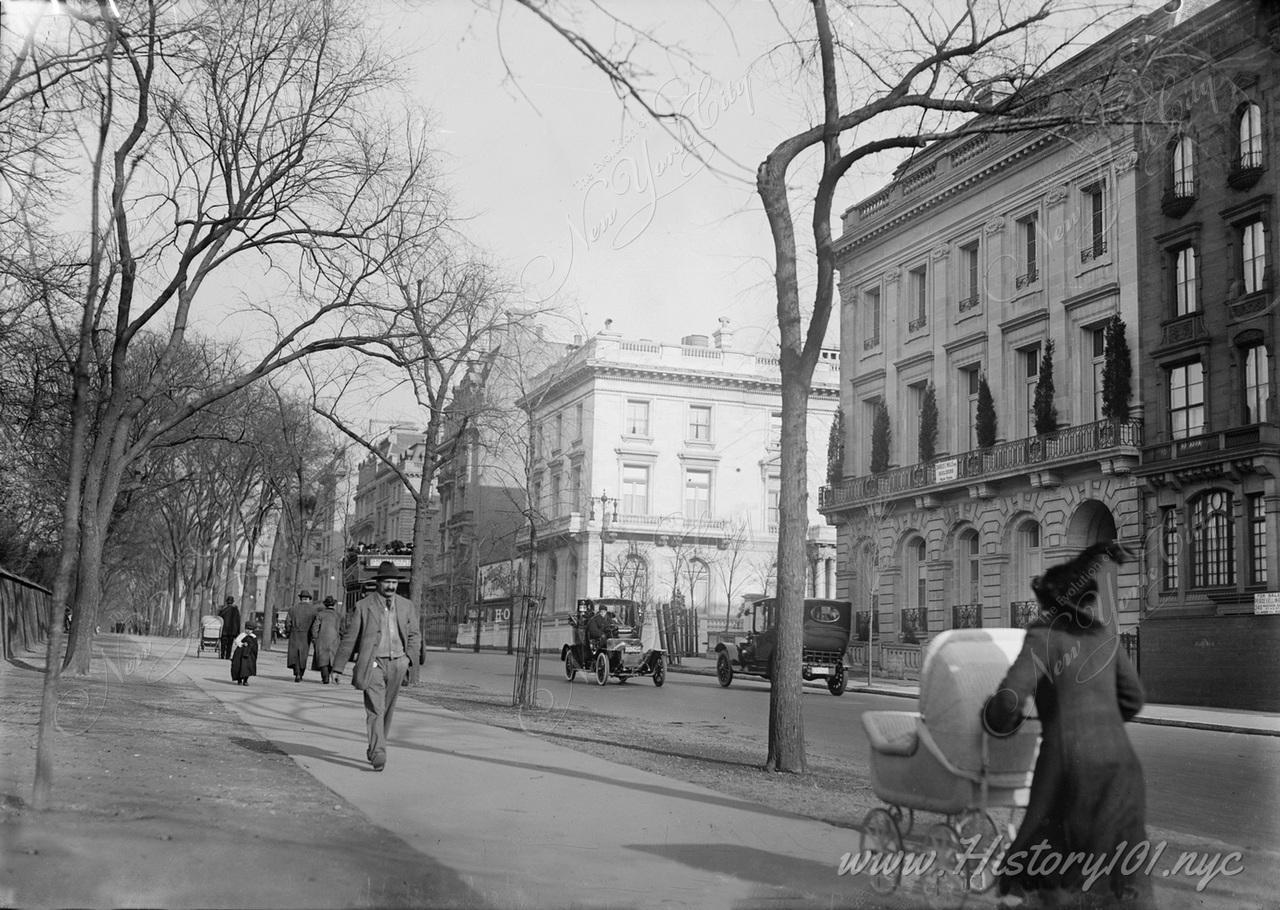 Photograph shows the James Speyer house, to the right, a mansion at 1058 Fifth Avenue, on the southeast corner of 87th Street, 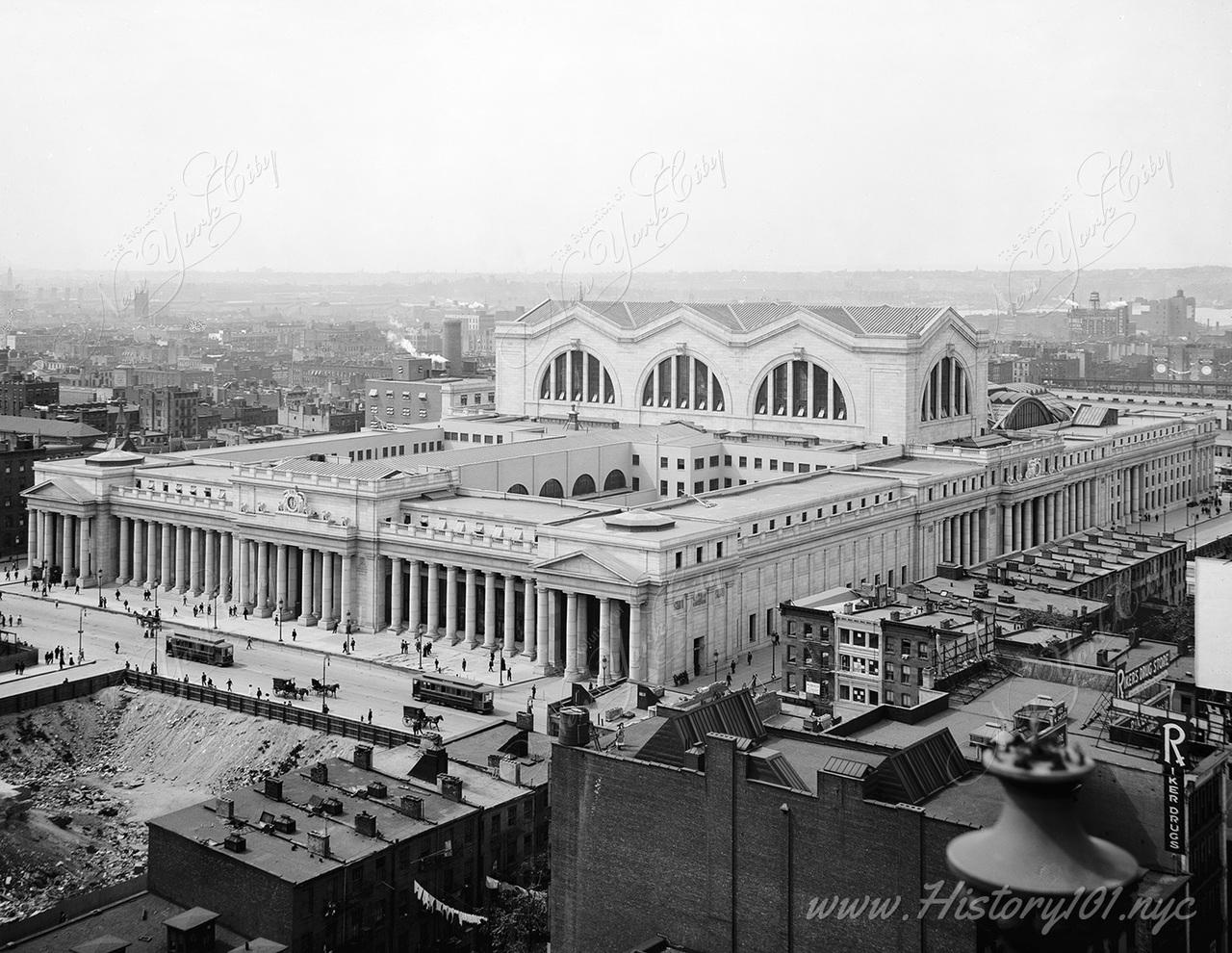 1910: Pennsylvania Station from Above

Aerial photograph of the newly completed Pennsylvania Station shows off the elaborate masonry and scale of this highly ambitious building. 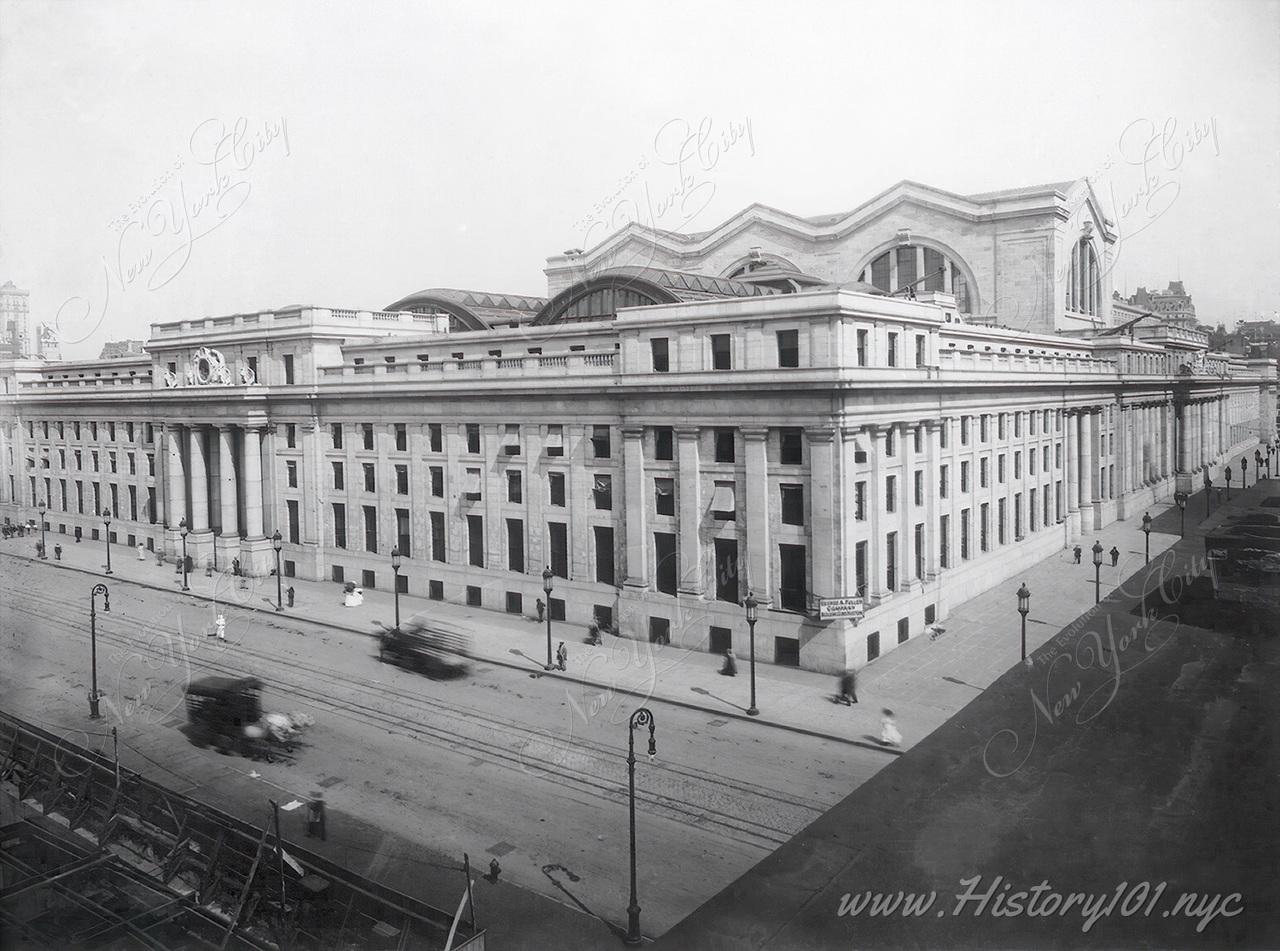 Photograph from an elevated perspective showing 32nd and 33rd Street and 7th Avenue and the facade of Pennsylvania Station as horses and carriages pass by. 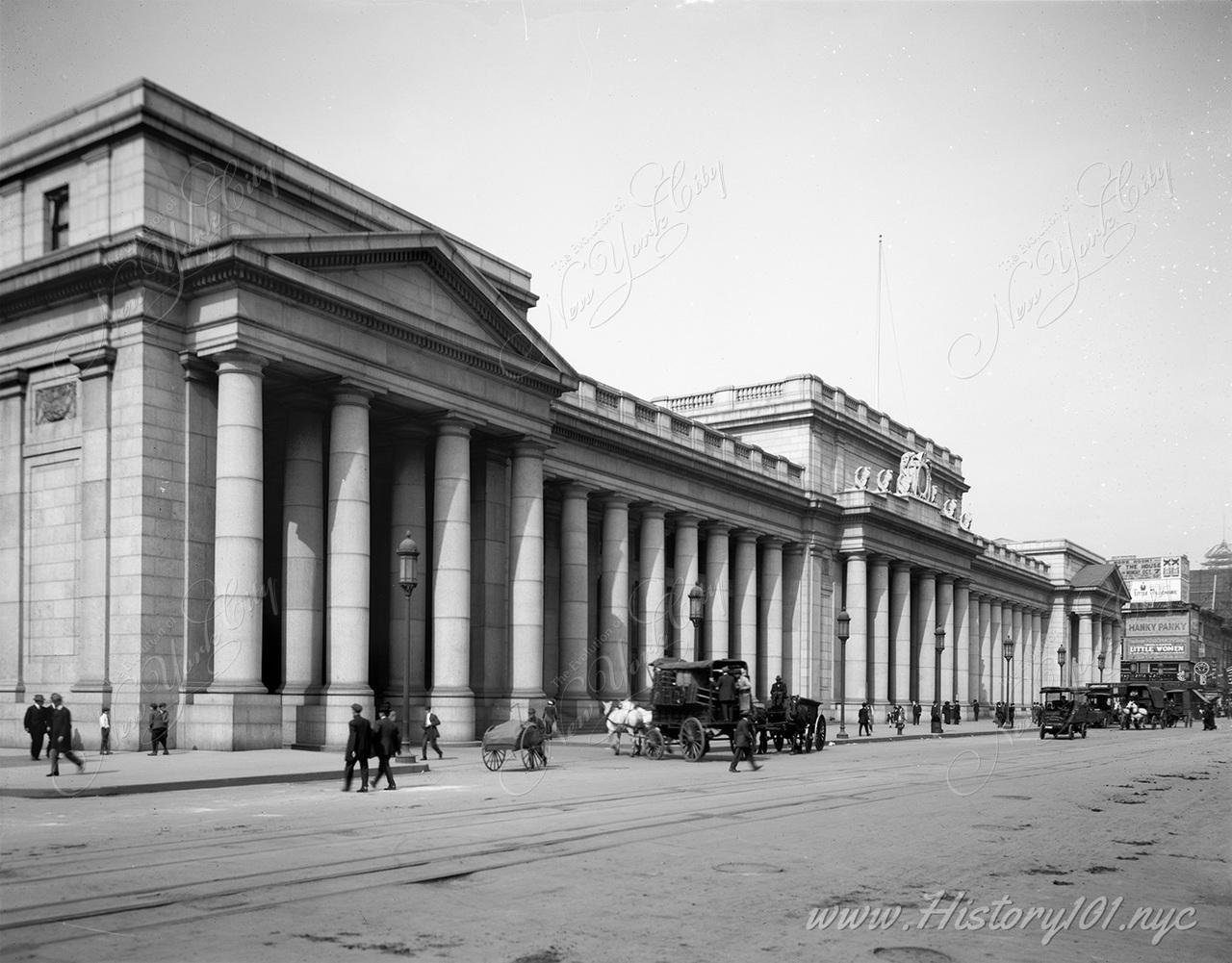 Pedestrians walk in front of the recently completed Penn Station - whose opulence and grand design would make it one of the city's most cherished landmarks. 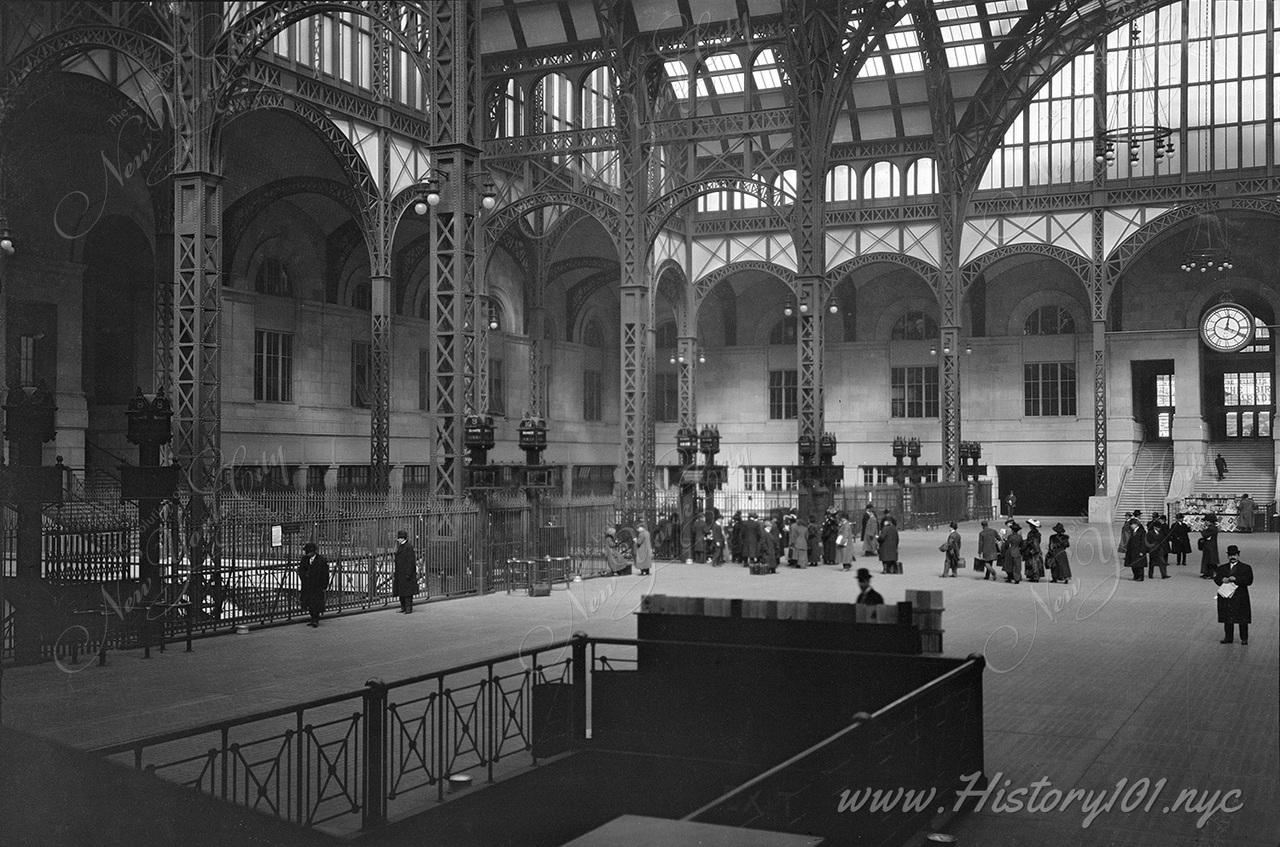 Photograph of pedestrians commuting at the Pennsylvania Station, where the Long Island Railroad opened to the public on September the 8th, 1910. 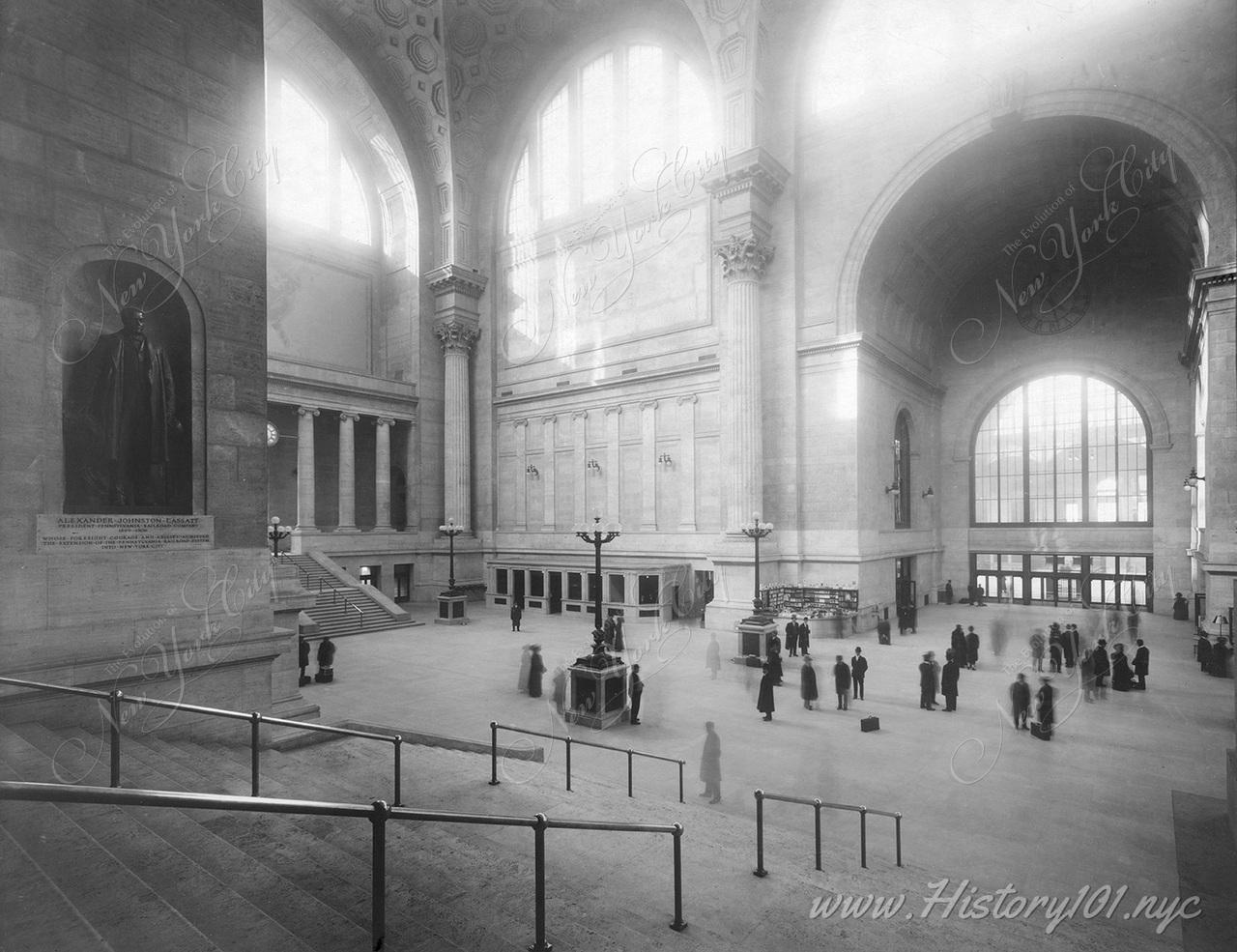 Passengers in the waiting room at Pennsylvania Station, with statue of Alexander Johnston Cassatt, president of the Pennsylvania Railroad Company. 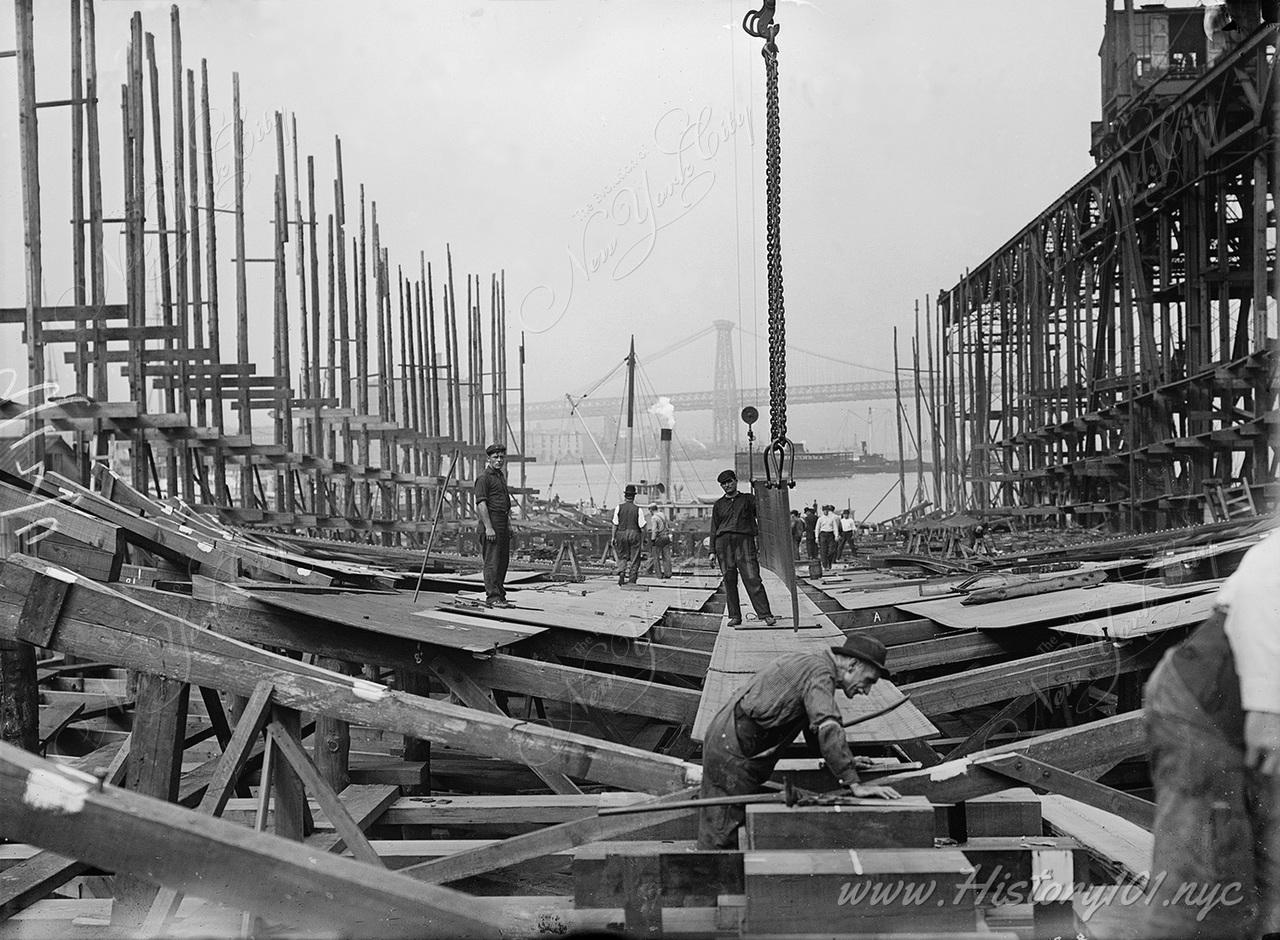 Photograph of construction workers at the Brooklyn Navy Yard building a large timber framed ship from the keel up. 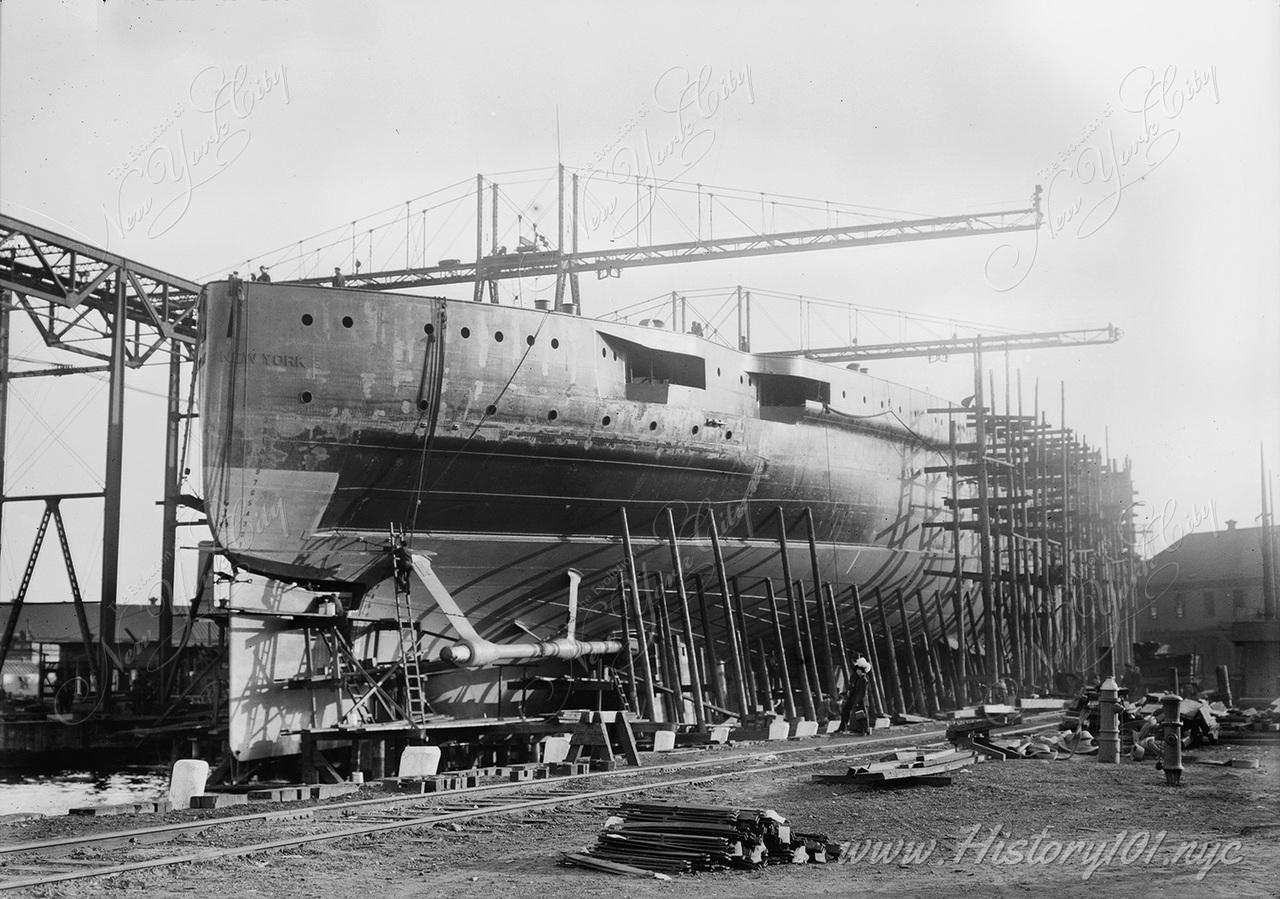 Photograph showing the construction of the USS New York at Brooklyn Navy Yard. 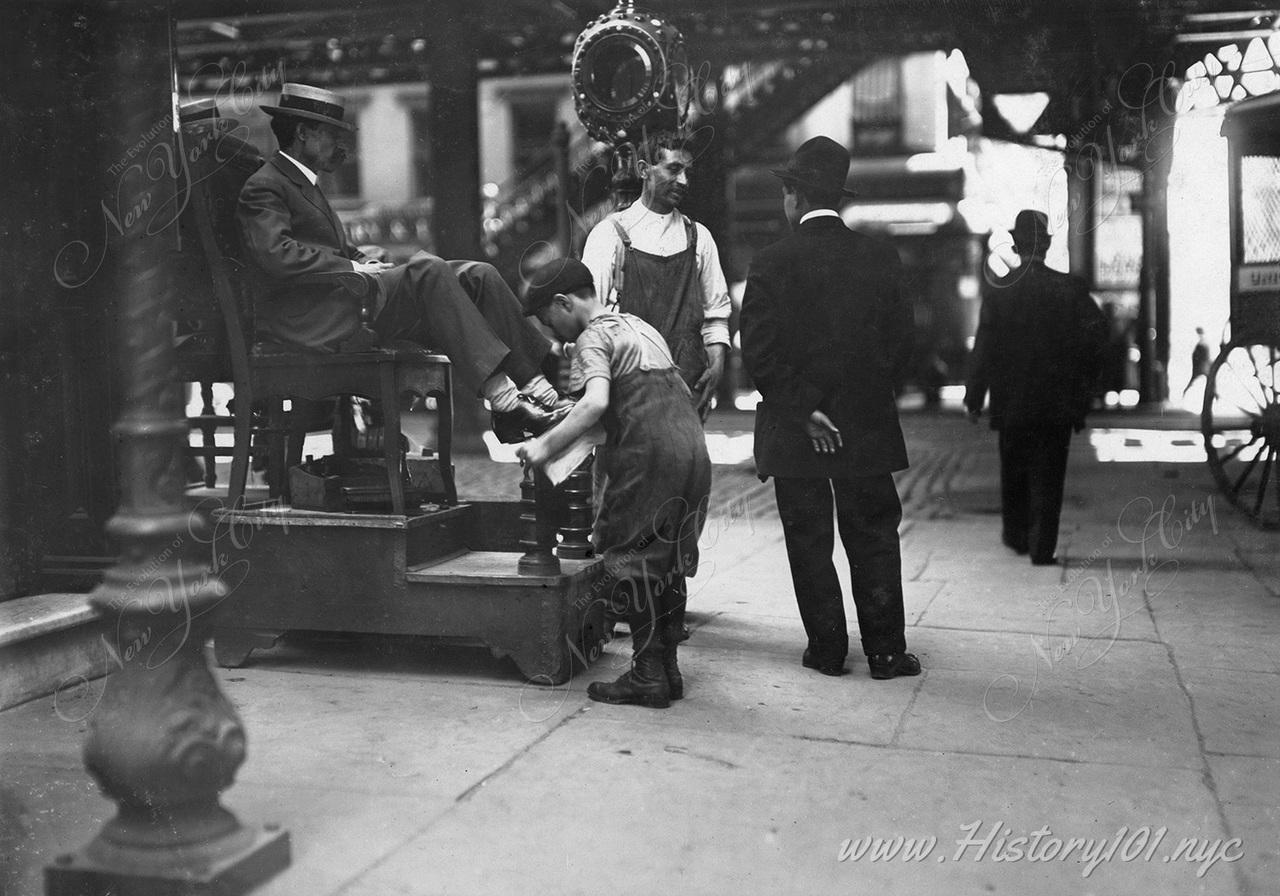 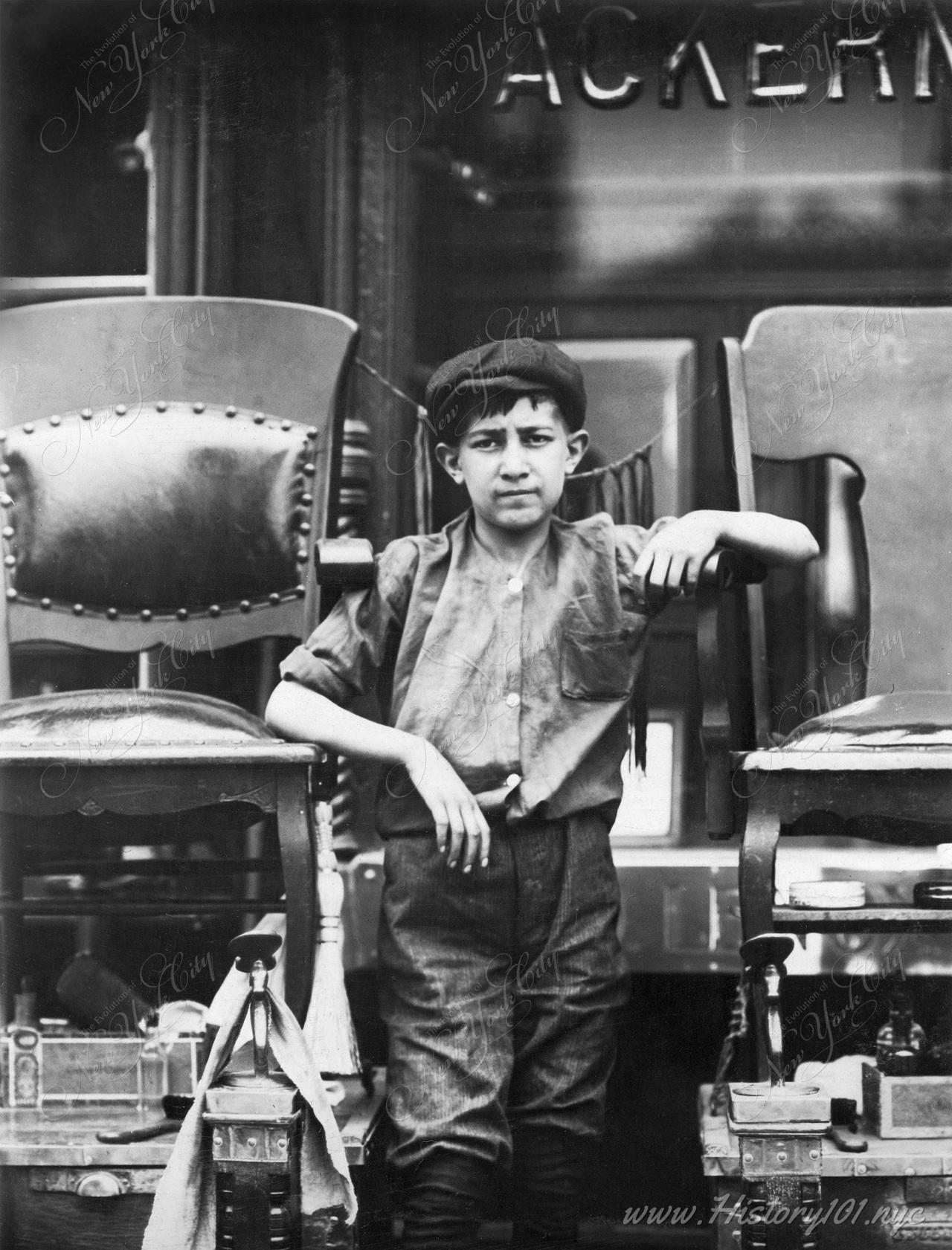