Like many other cities in the aftermath of a global war and pandemic, New York was ready to kick off a decade with a spirit of celebration. Society would break much new ground, including a boon in home ownership, and the expansion of civil rights. In the US, the sale of alcohol became prohibited, but this did little to stop the speakeasies which would define nightlife. Many great traditions and institutions were established during this time, including Macy’s Thanksgiving Day Parade and New York Port Authority, The Cotton Club and New Yorker Magazine. 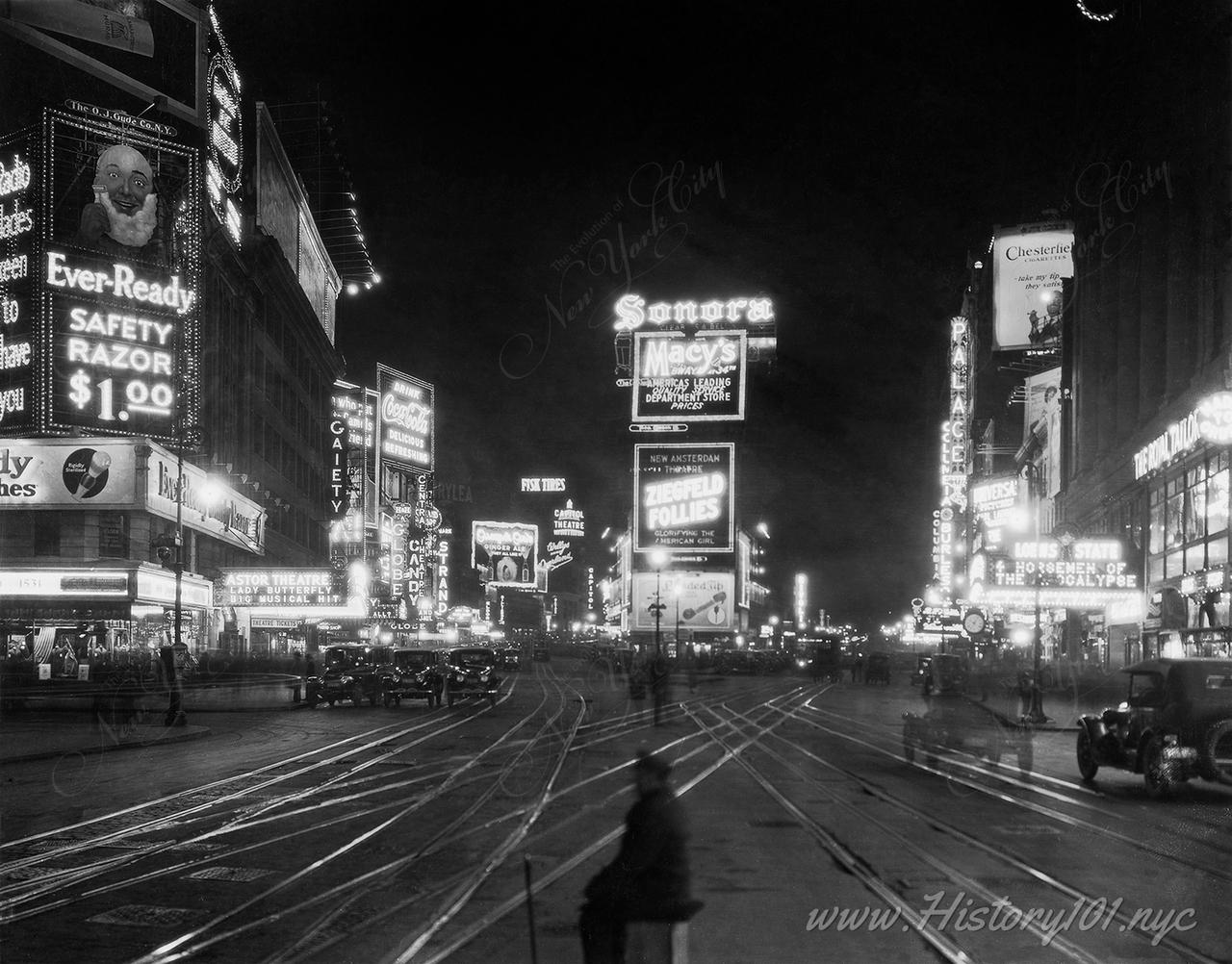 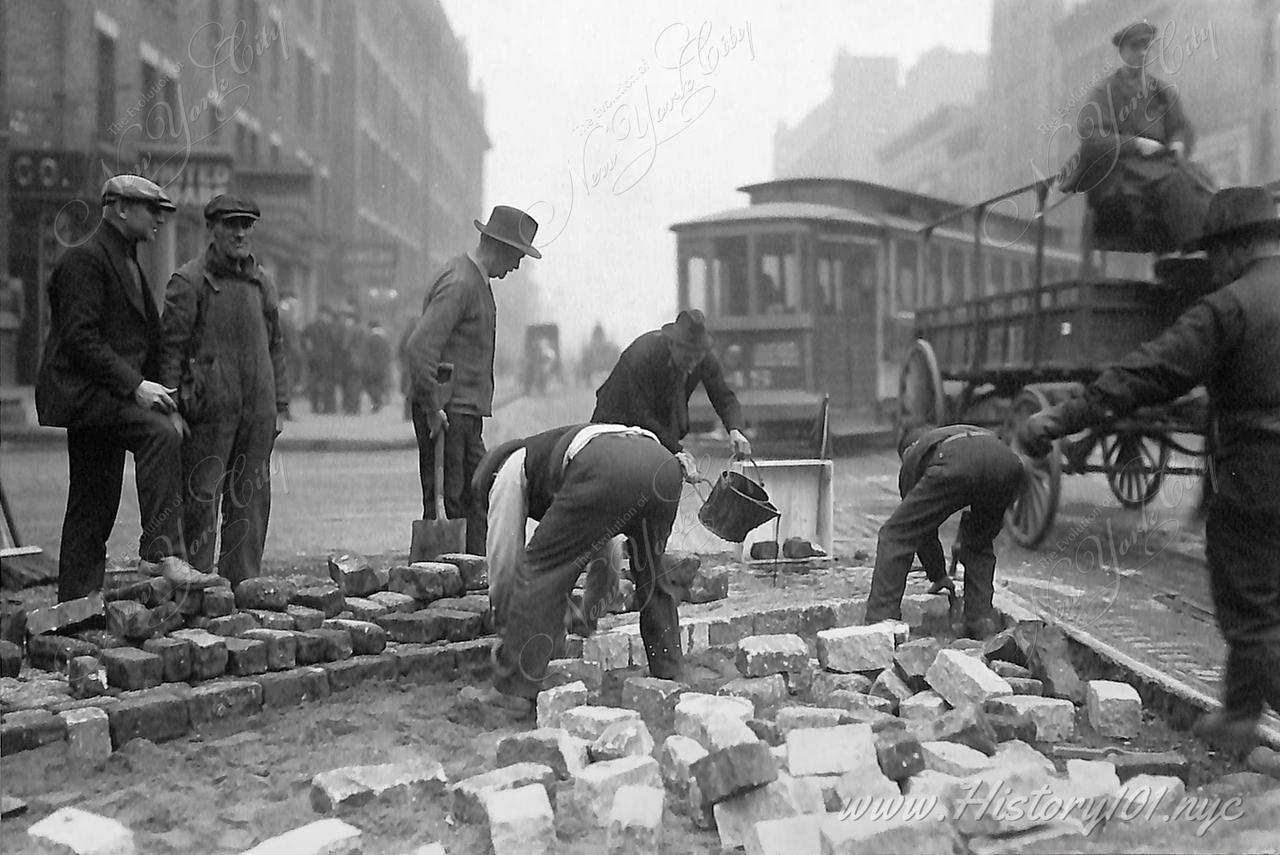 Photograph of construction workers repairing granite stonework for the pavement on a New York City street. 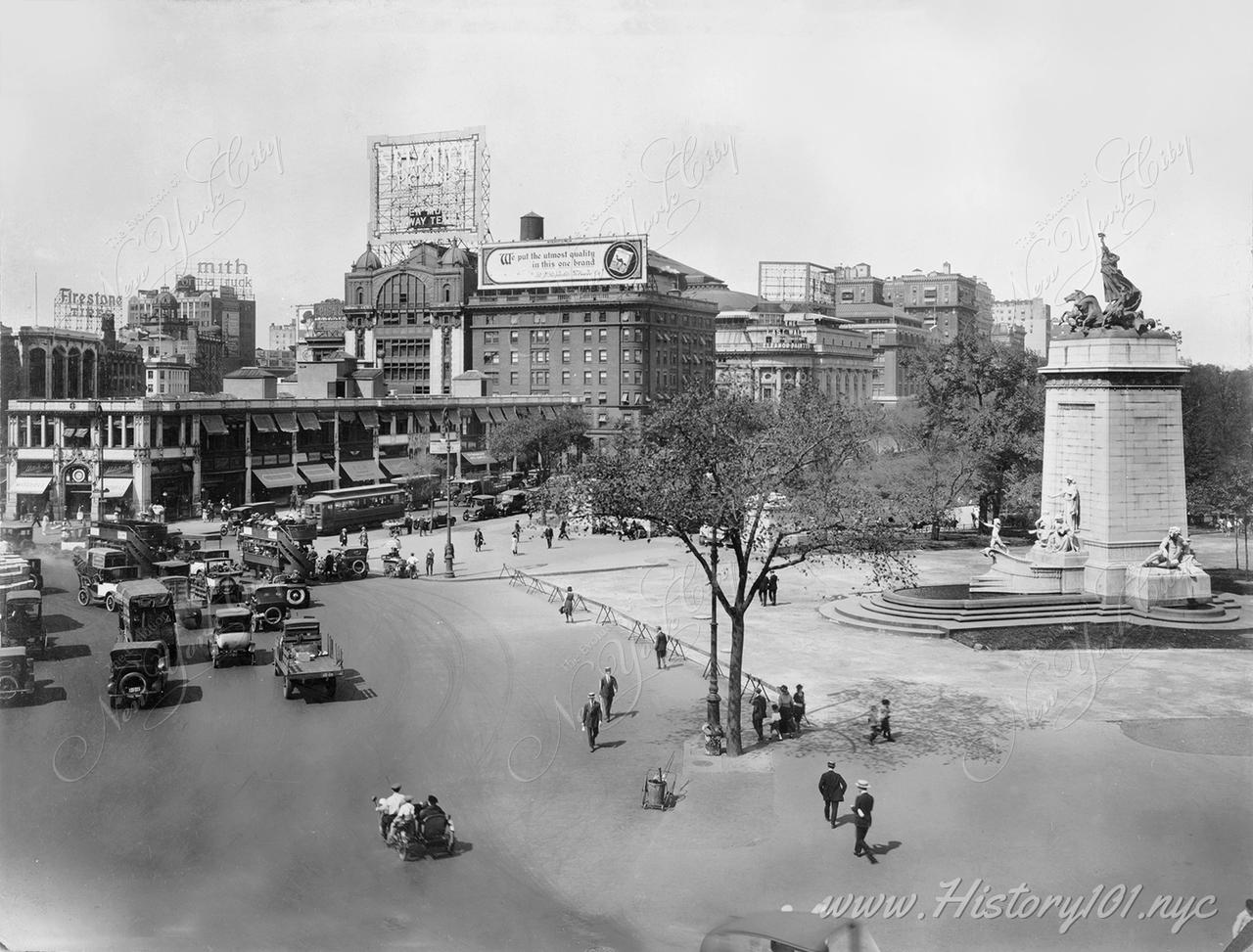 A photograph of cars and pedestrians making their way around Columbus Circle looking north. 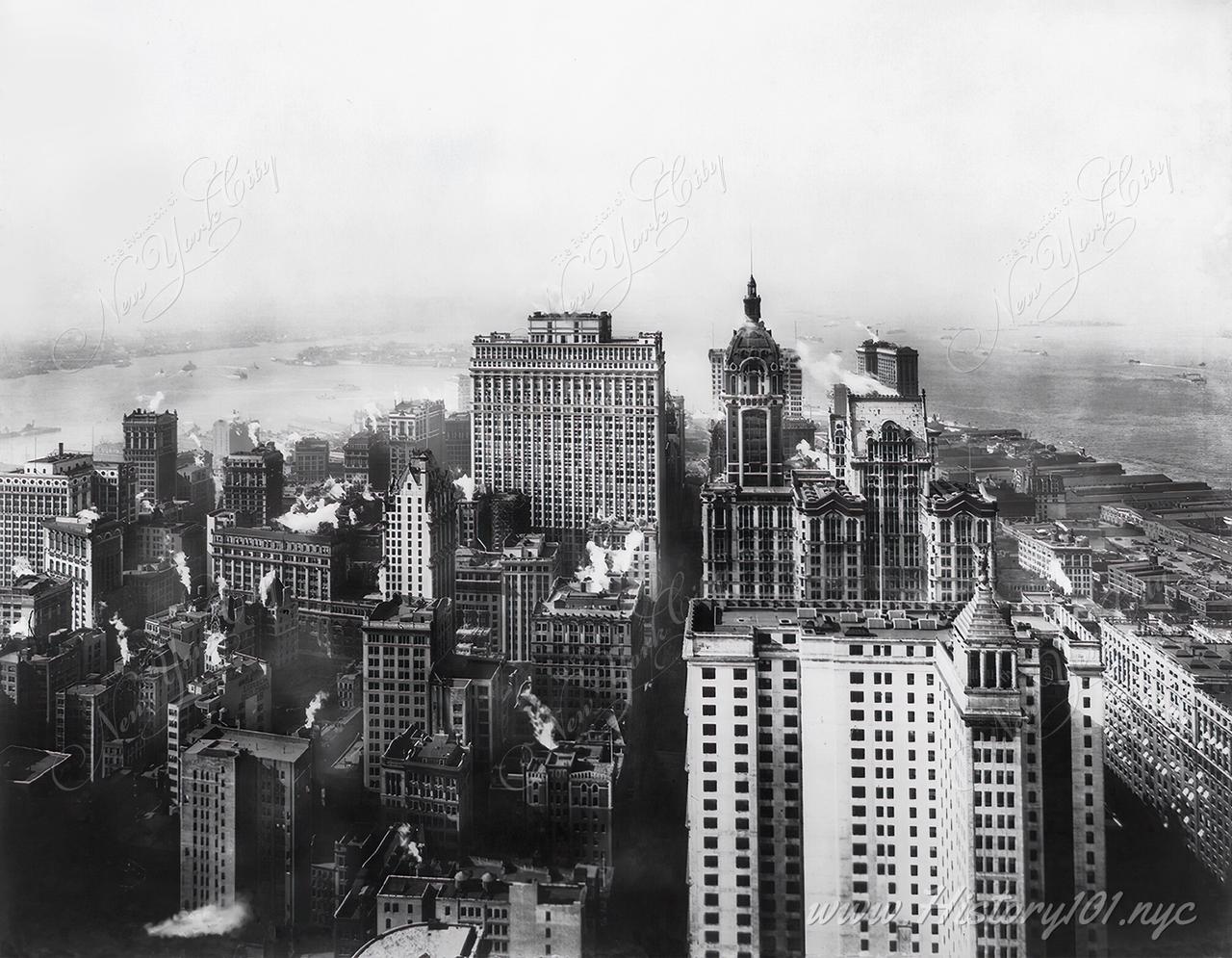 1920: View of Downtown Manhattan from the Woolworth Building

An aerial view looking towards the southern tip of Downtown Manhattan from the Woolworth Building, which was the tallest building in the world from 1913 to 1930. 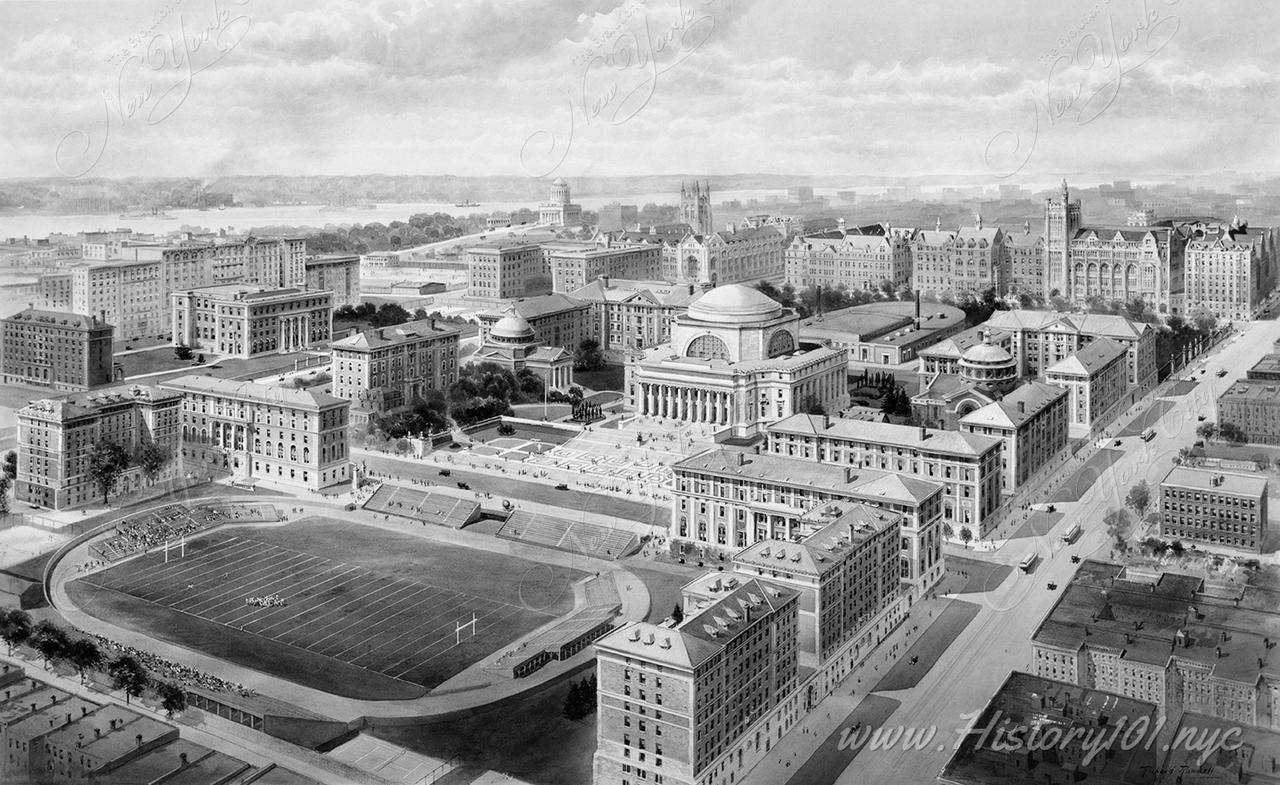 1922: Columbia University from Above 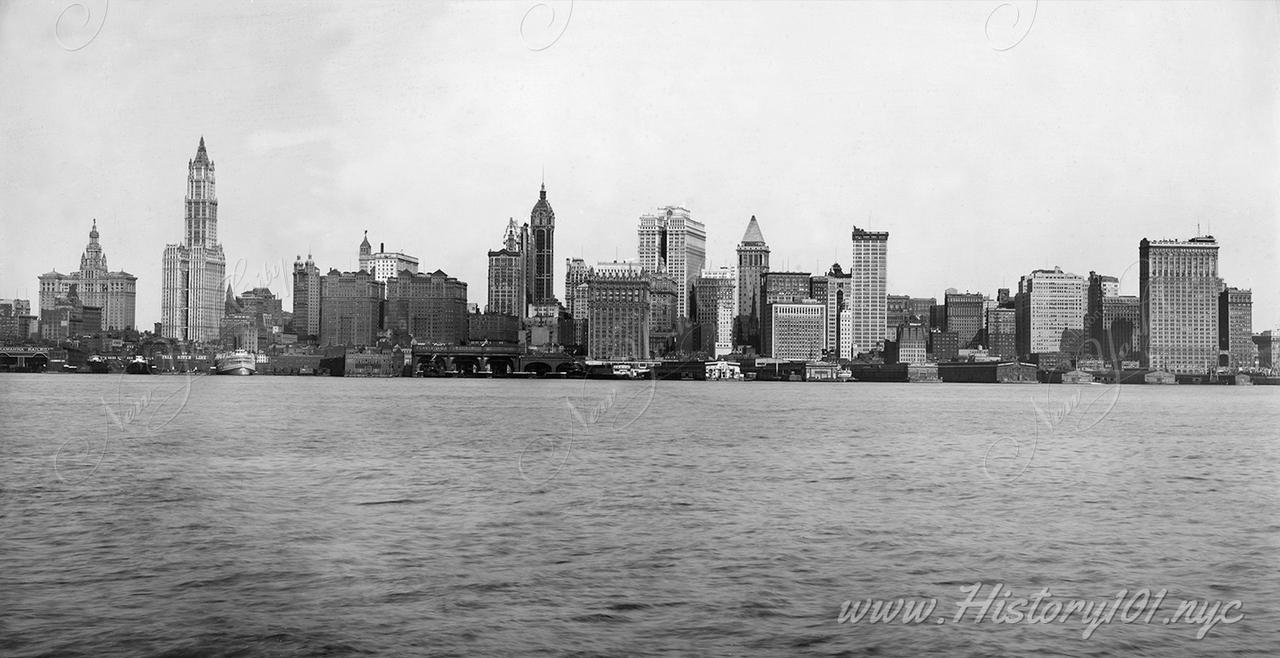 Photograph of downtown Manhattan's iconic skyline from the shores of Jersey City. 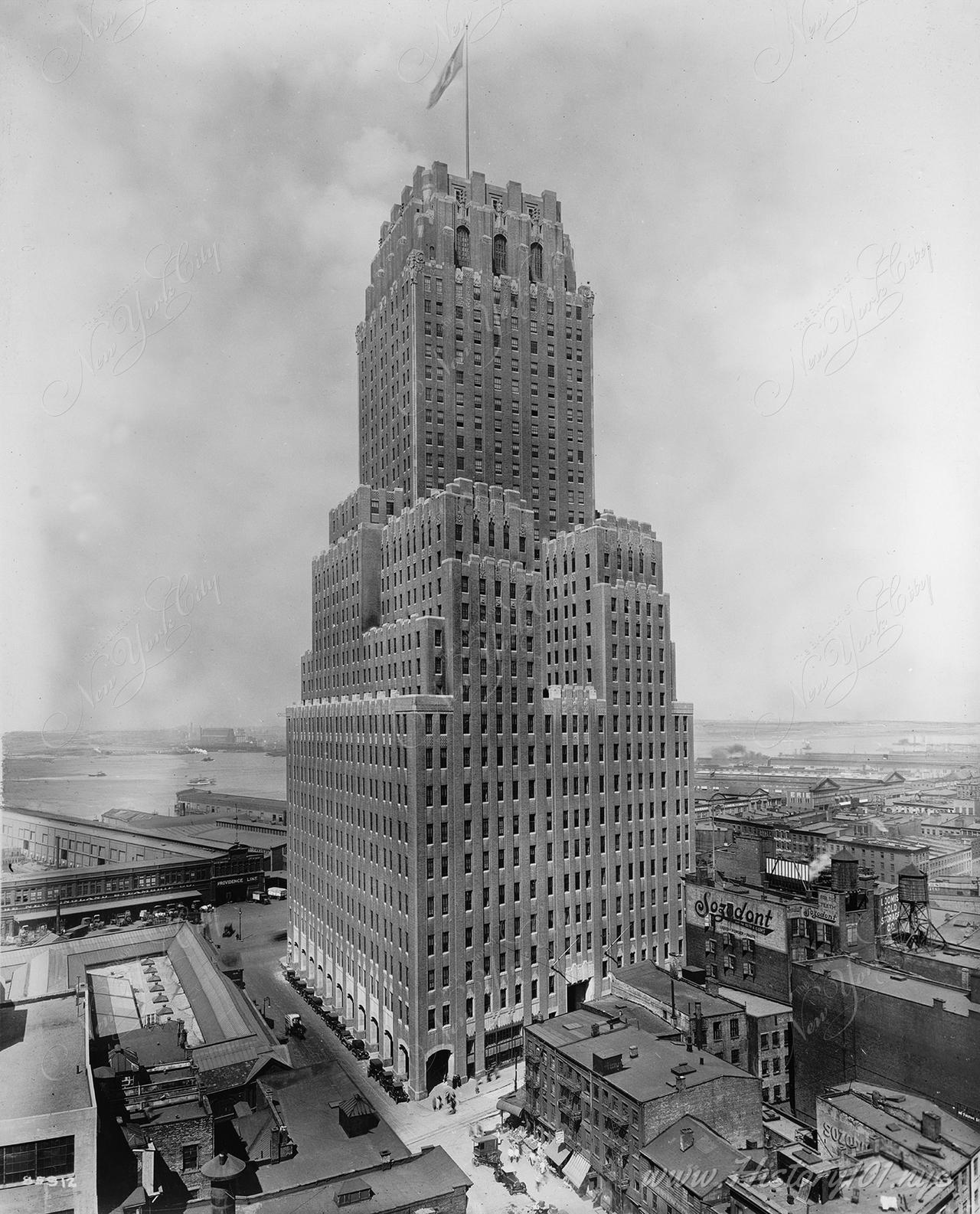 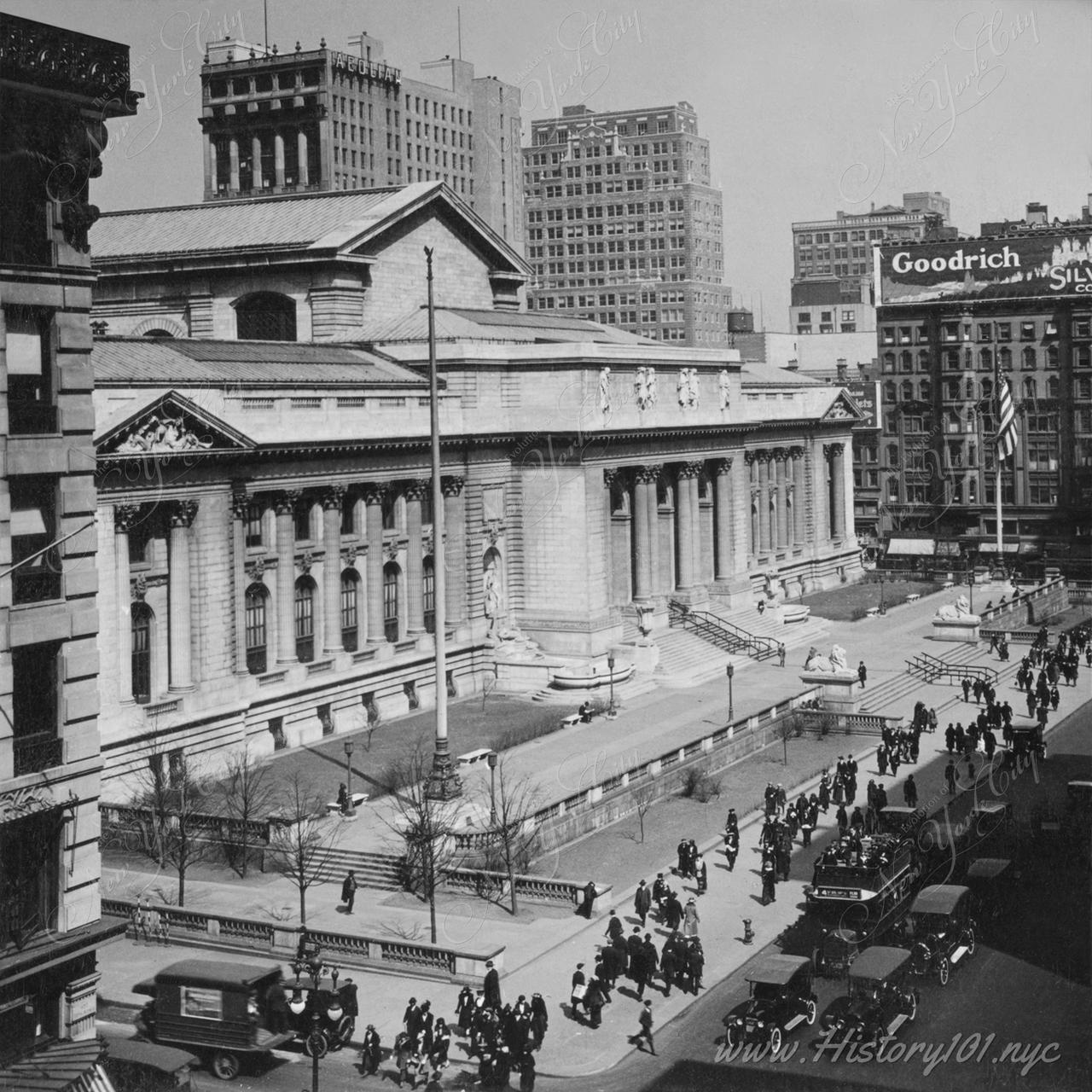 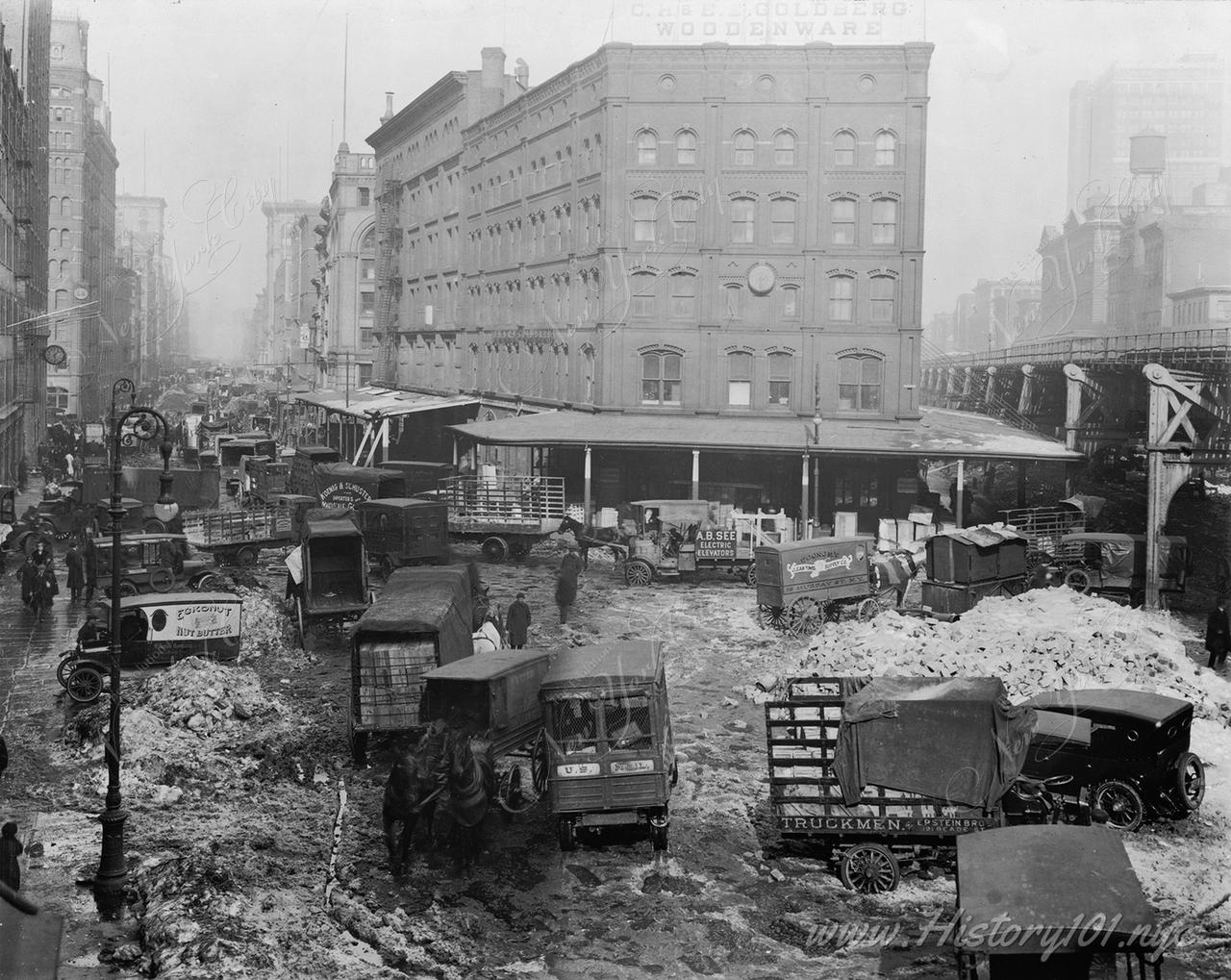 Photograph of Hudson Street, covered with snow and crowded with automobiles, trucks, wagons, and horses. 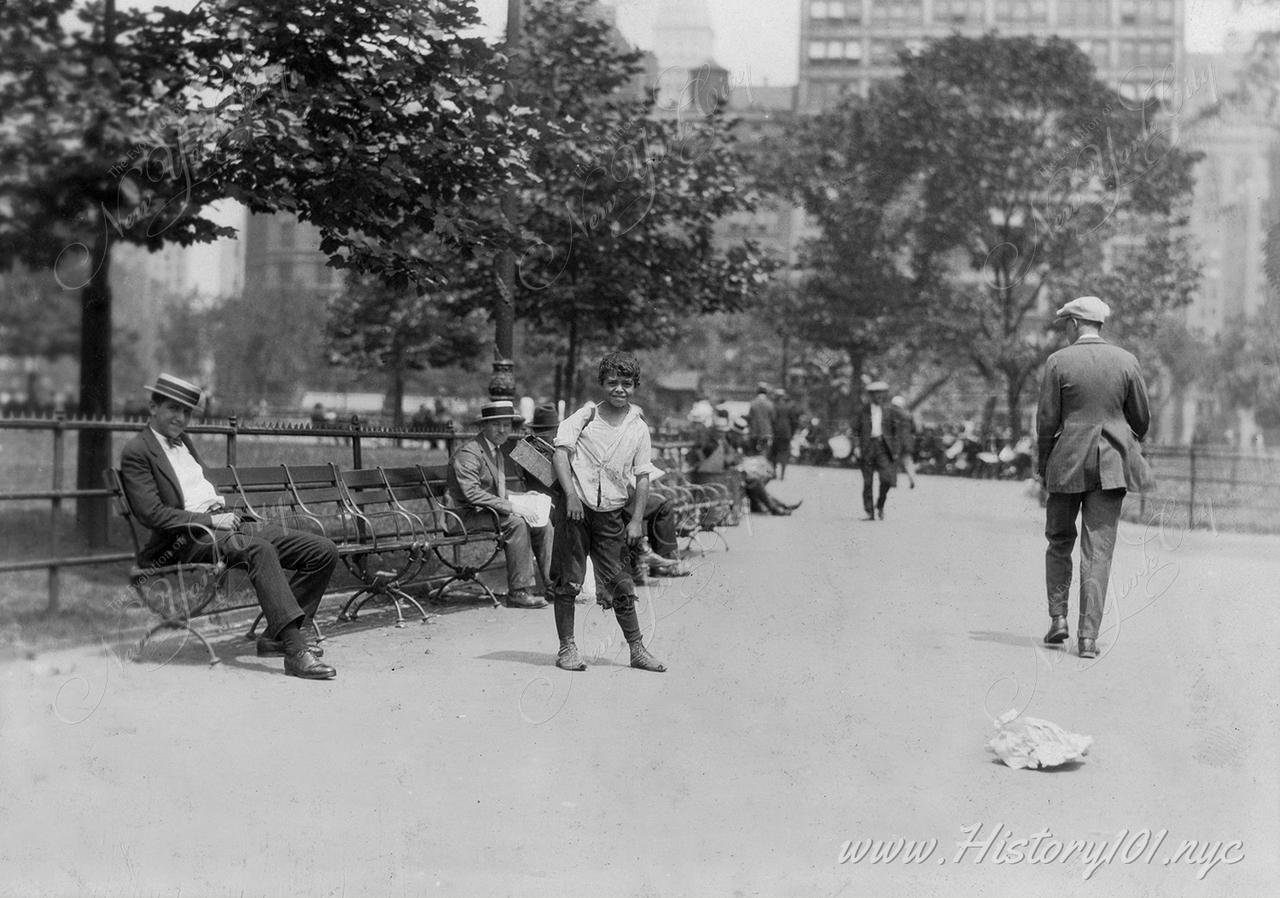 Photograph of 11 year old Tony, who shines shoes in Union Square making anywhere from $2 to $4 per day. 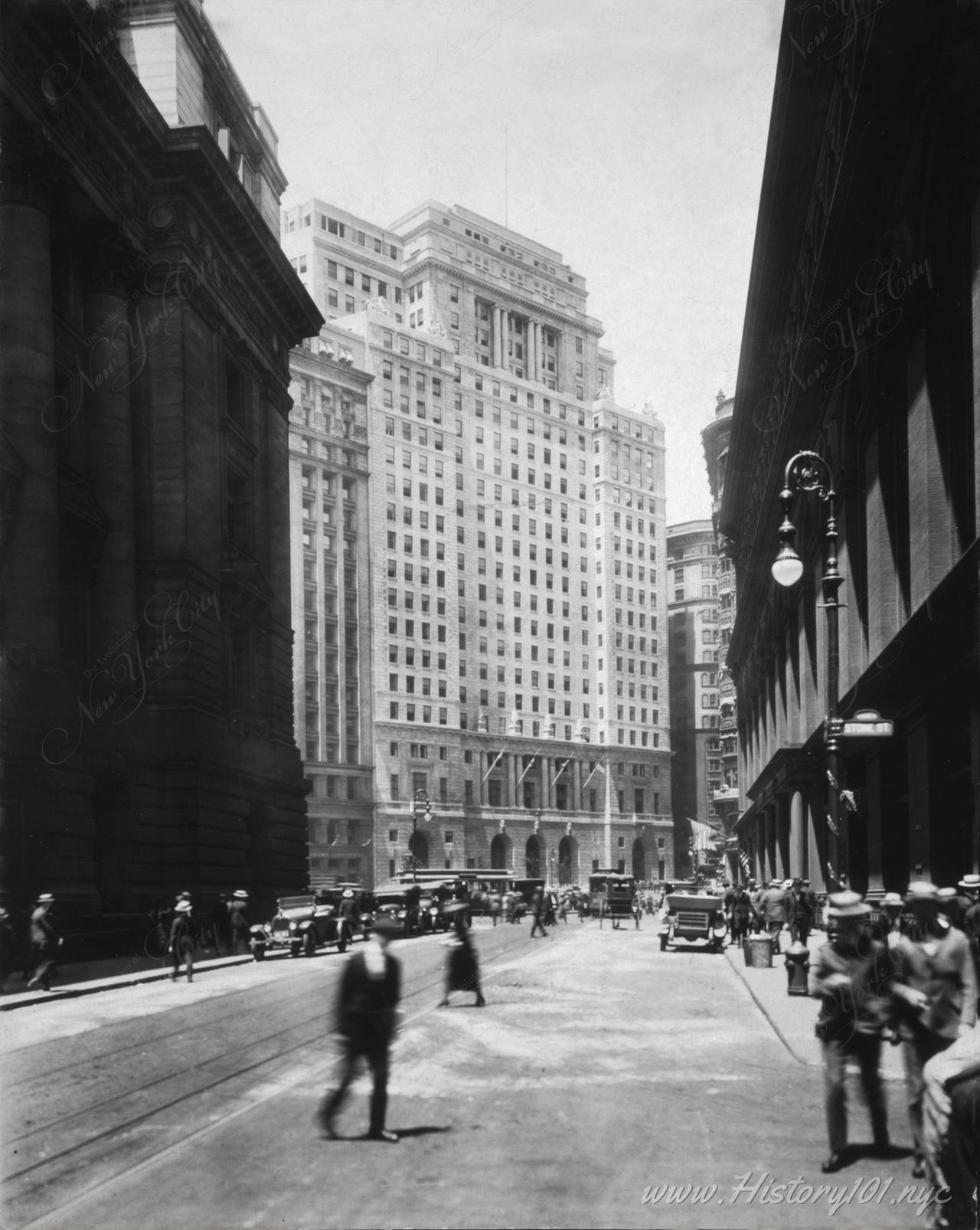 Photograph of The Cunard Building, also known as the Standard & Poors Building - a 22-story office building located at 25 Broadway next to Bowling Green Park. 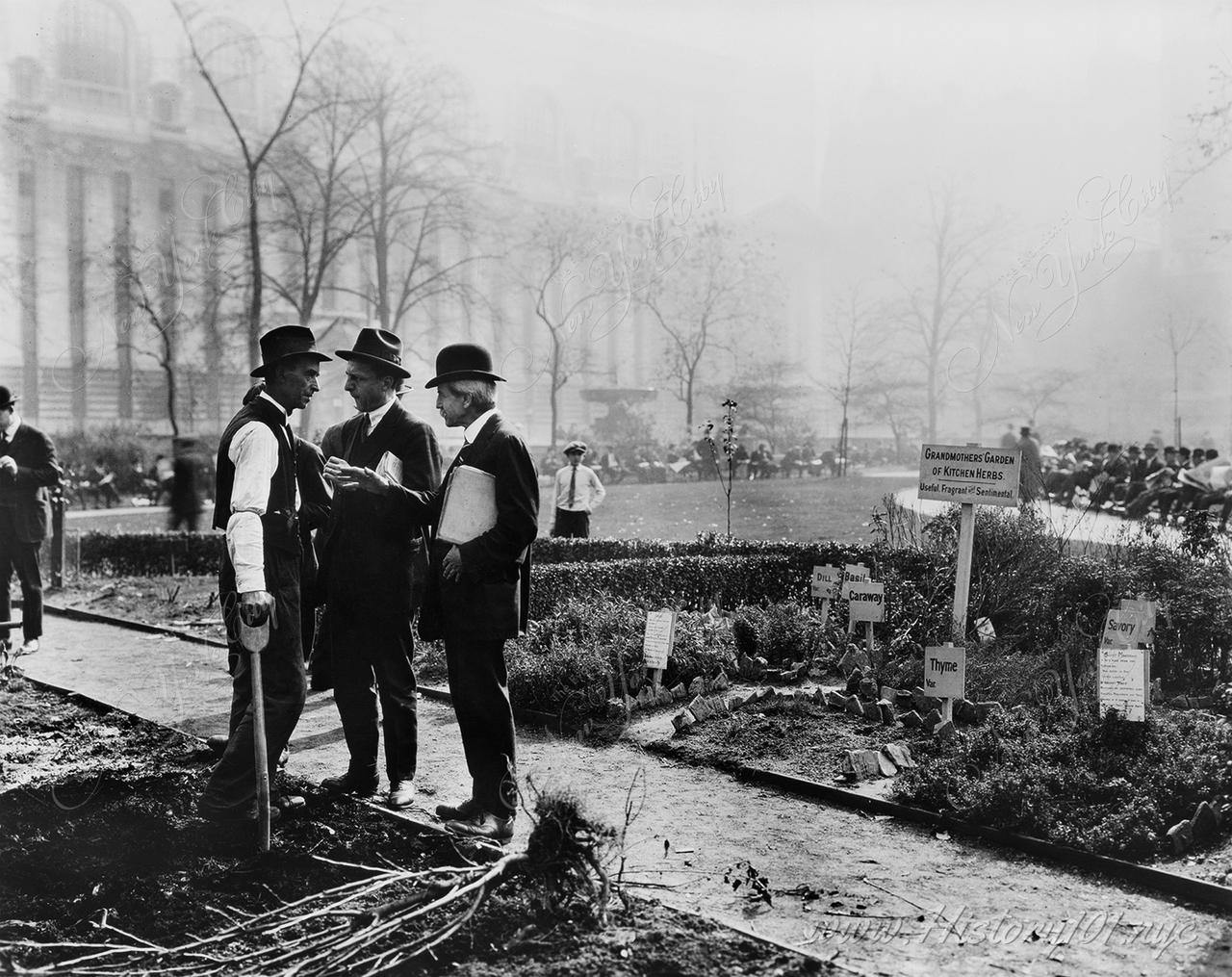 Photograph of three men participating in a gardening experiment at Bryant Park. 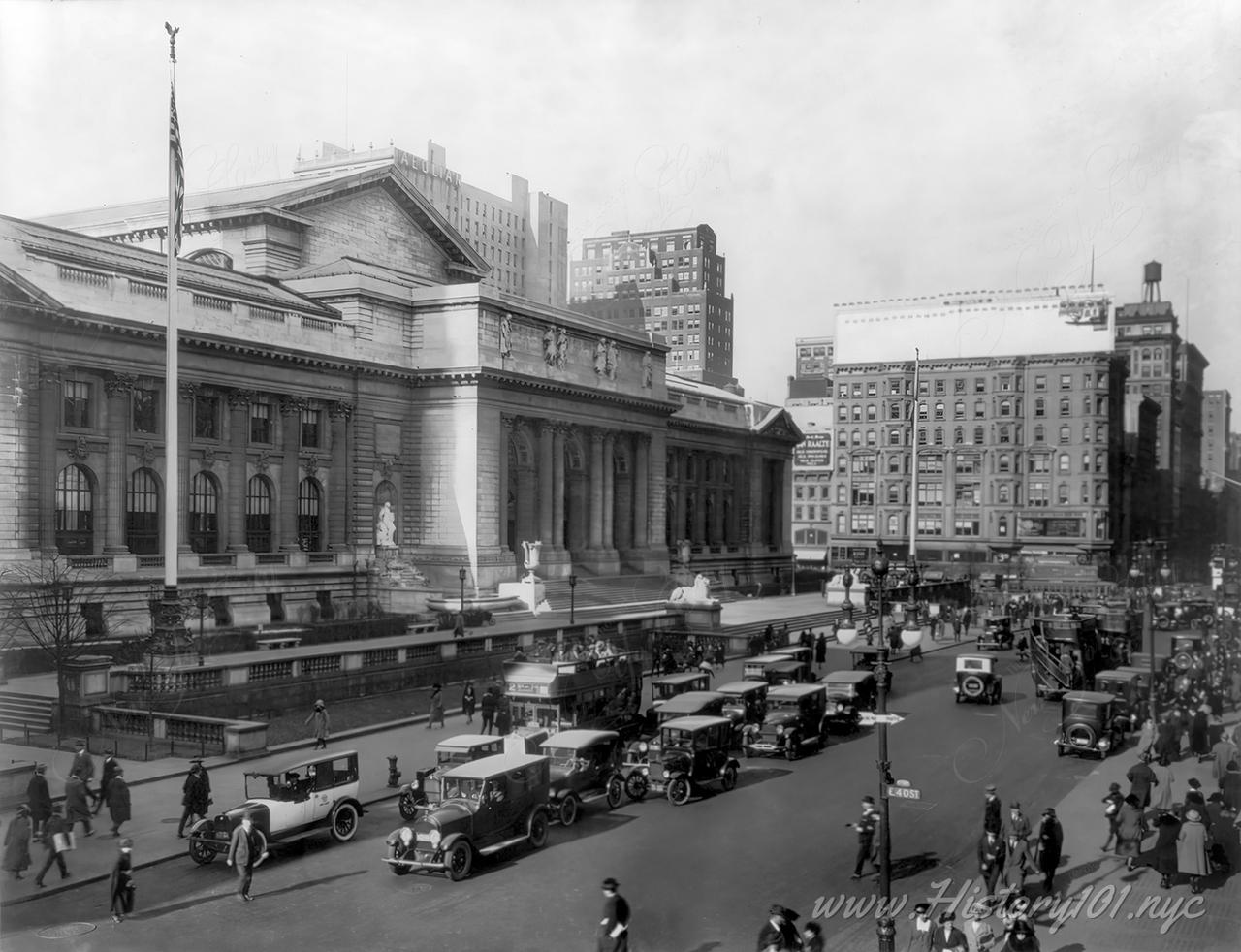 Photograph of a crowded street scene in front of The New York City Public Library at 5th Avenue & 40th Street. 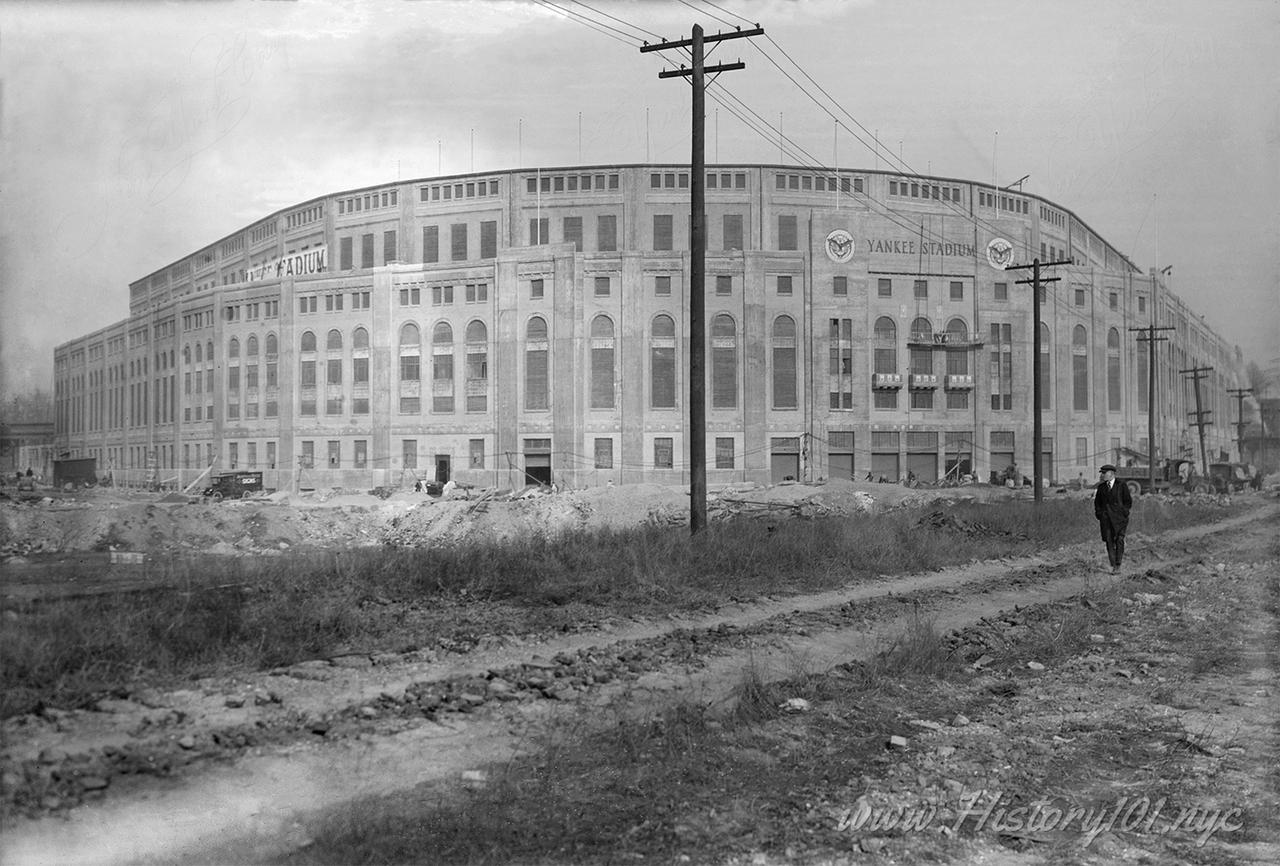 Photograph of Yankee Stadium with a lone figure walking towards the camera. 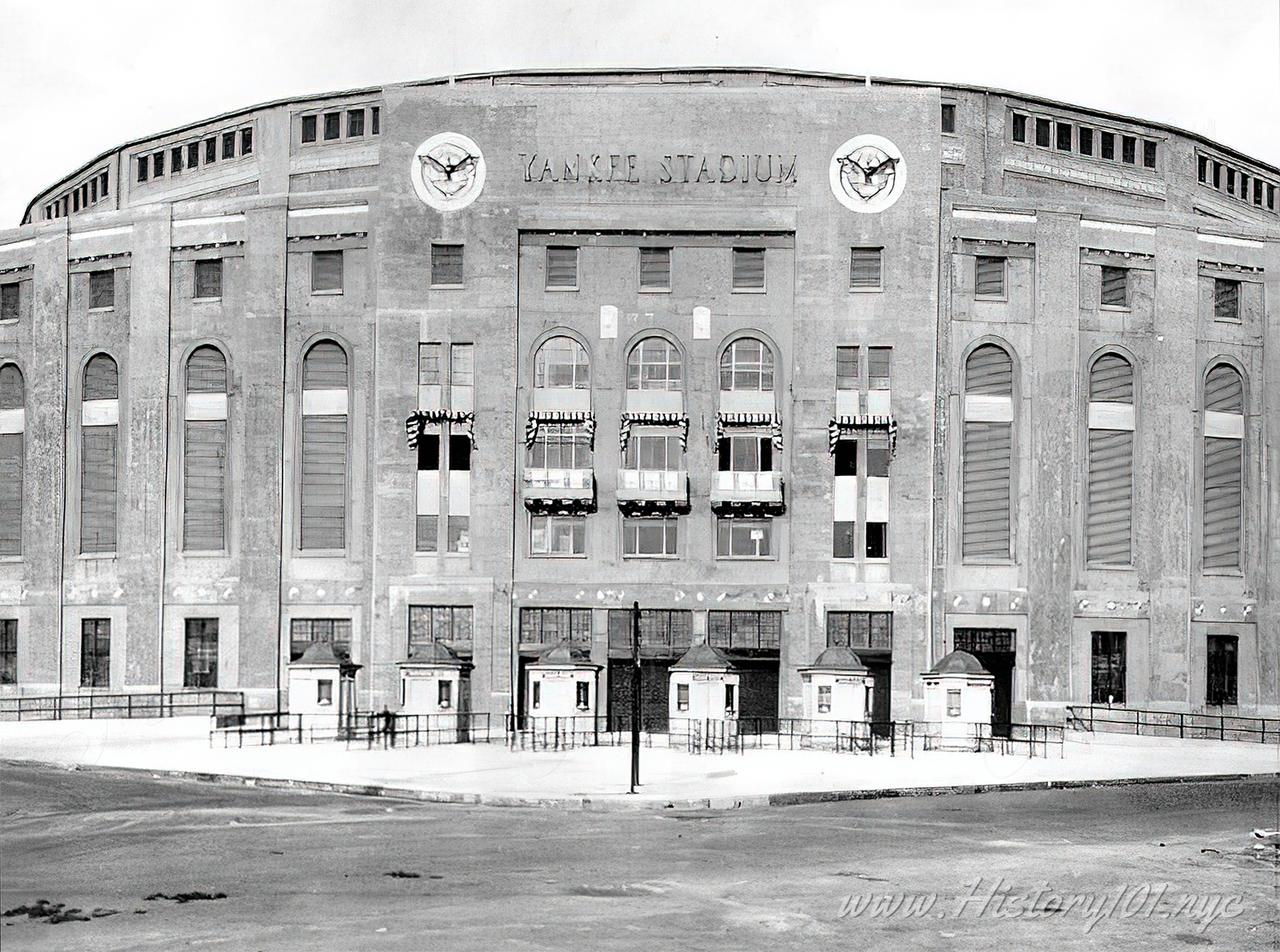