The 1940s would mark a turning point in how society shares information thanks to widespread adoption of television. The first two TV stations in the city, WNBT (now WNBC) and WCBW (now WCBS-TV) signed on the air for the first time. This era would also mark the beginning of another World War, and an inevitable wave of migrants seeking refuge from war-torn Europe. In the midst of this global drama, the New York City Opera was founded and New York Fashion Week began, further establishing the city’s empire of industry and the arts. 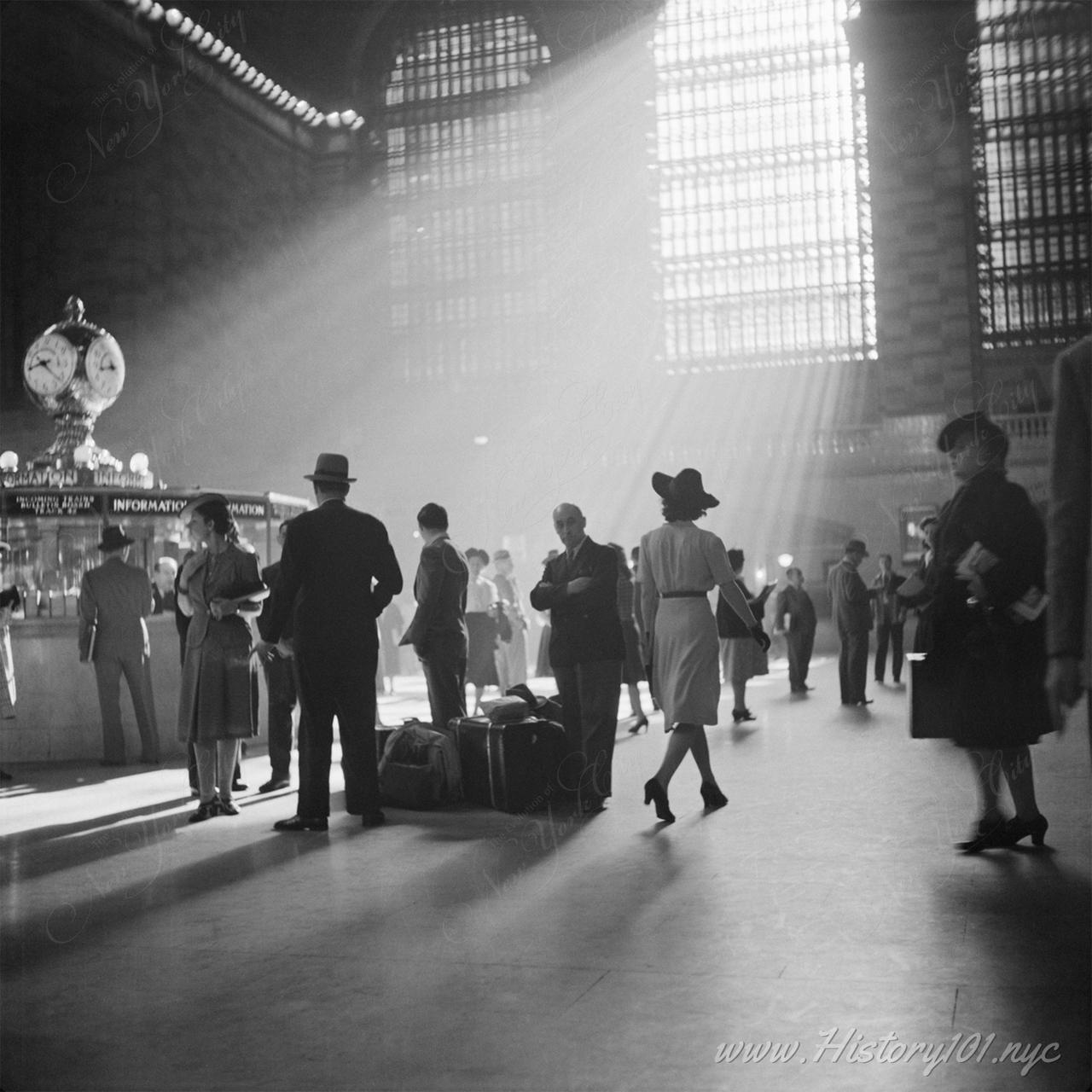 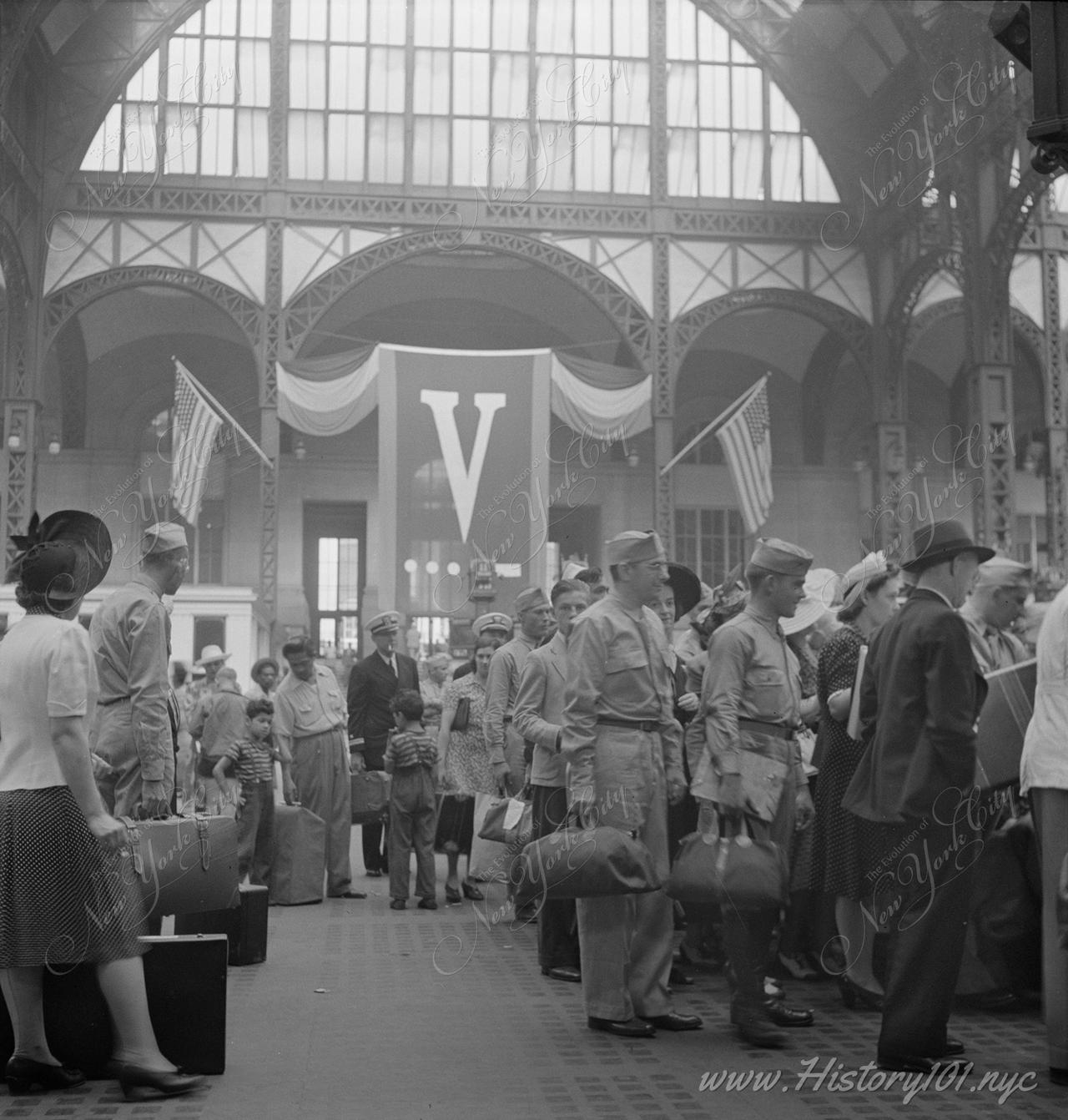 Soldiers and sailors line up inside the concourse of Pennsylvania Station. 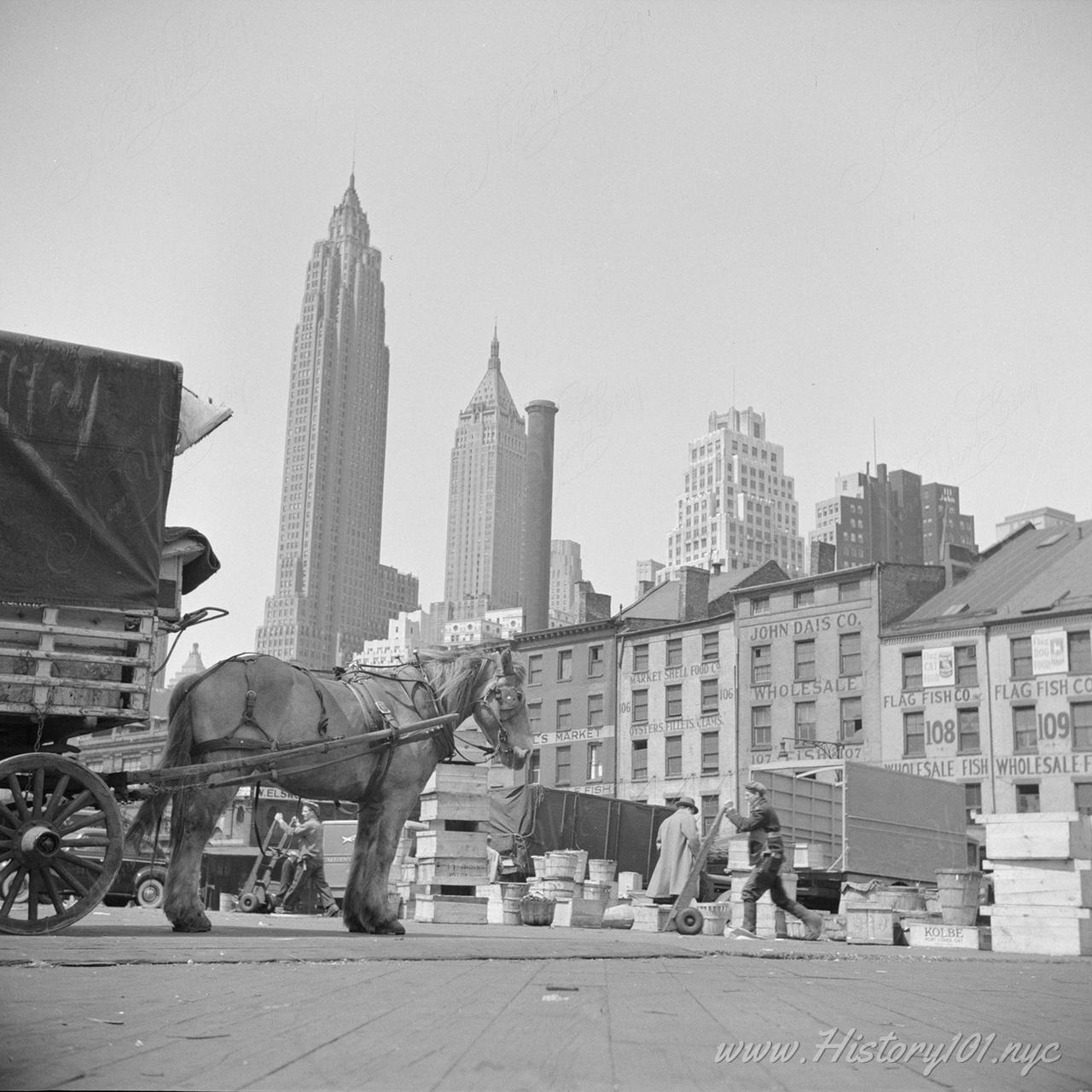 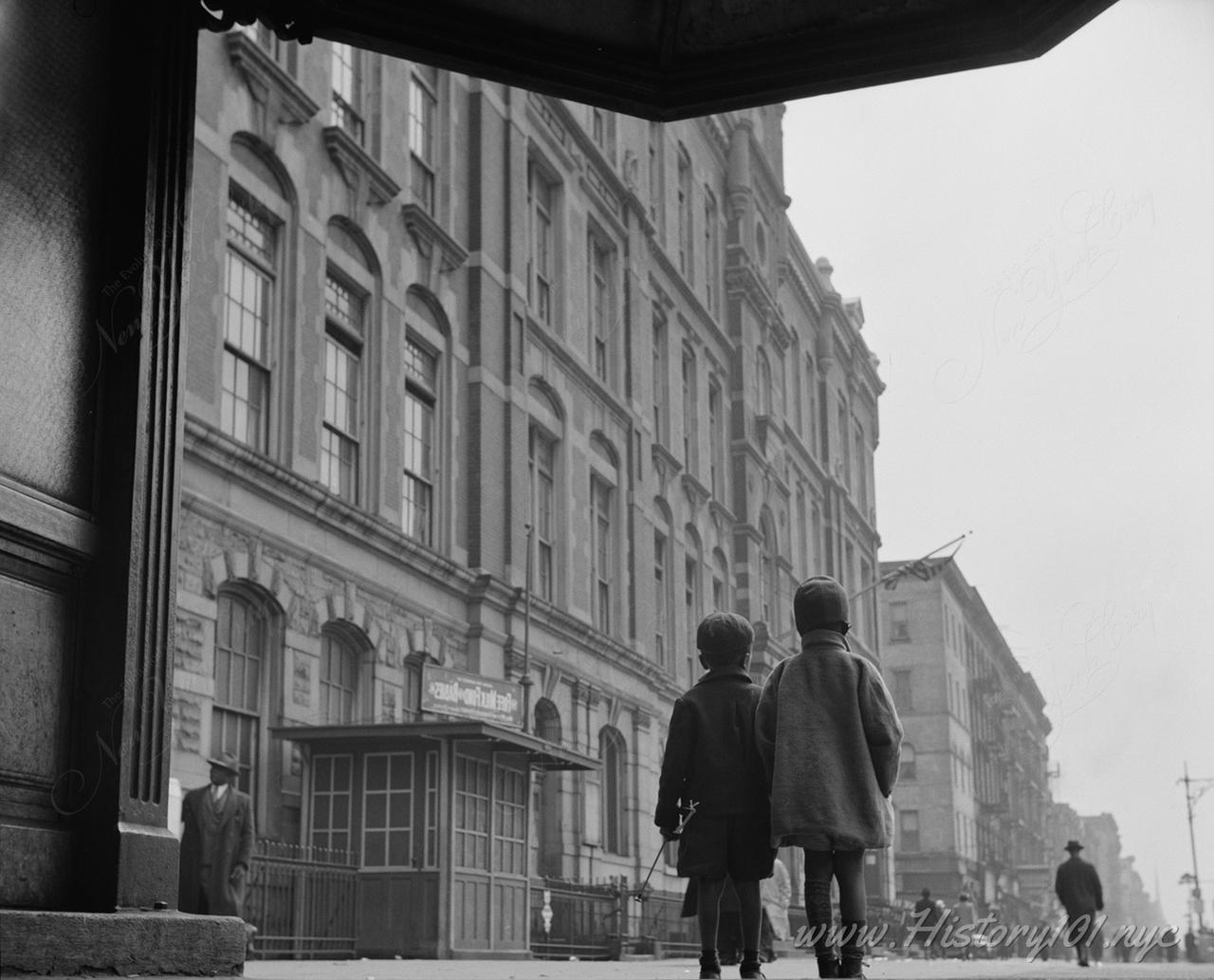 Photograph of pedestrians and brownstone buildings in Harlem. 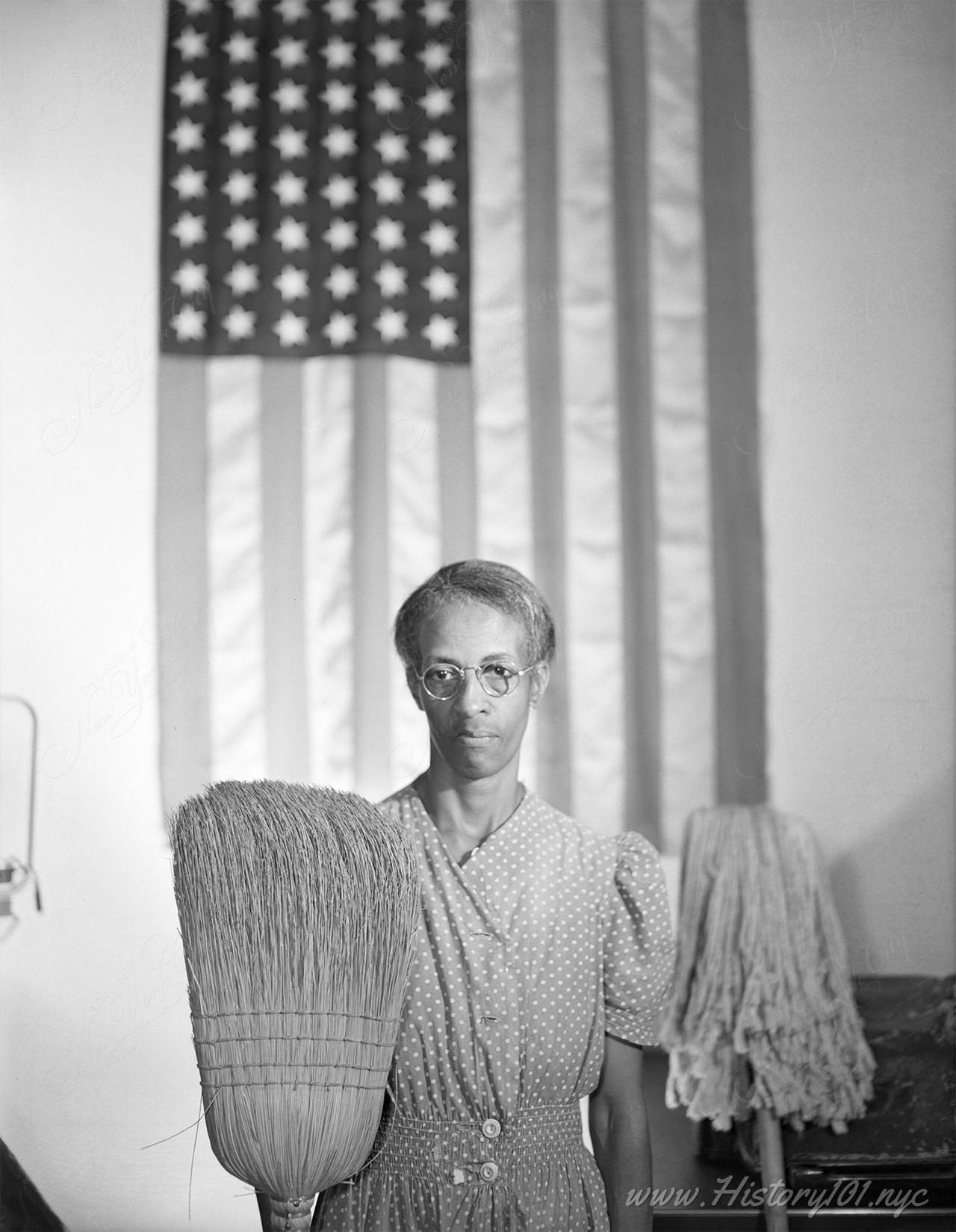 Portrait of Ella Watson standing in front of the American flag with mop and broom. 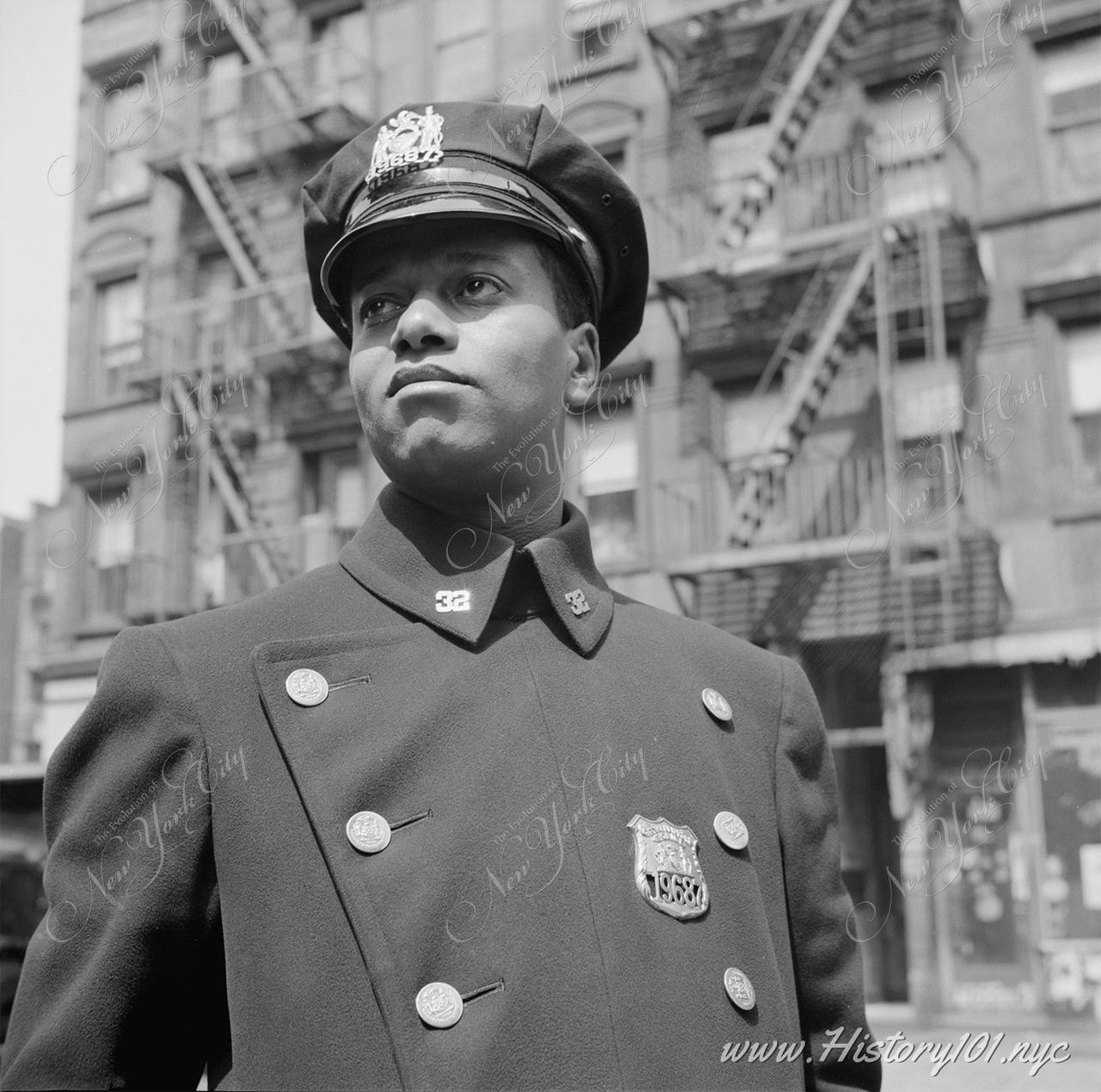 Photograph of a young police officer walking his beat in Harlem. 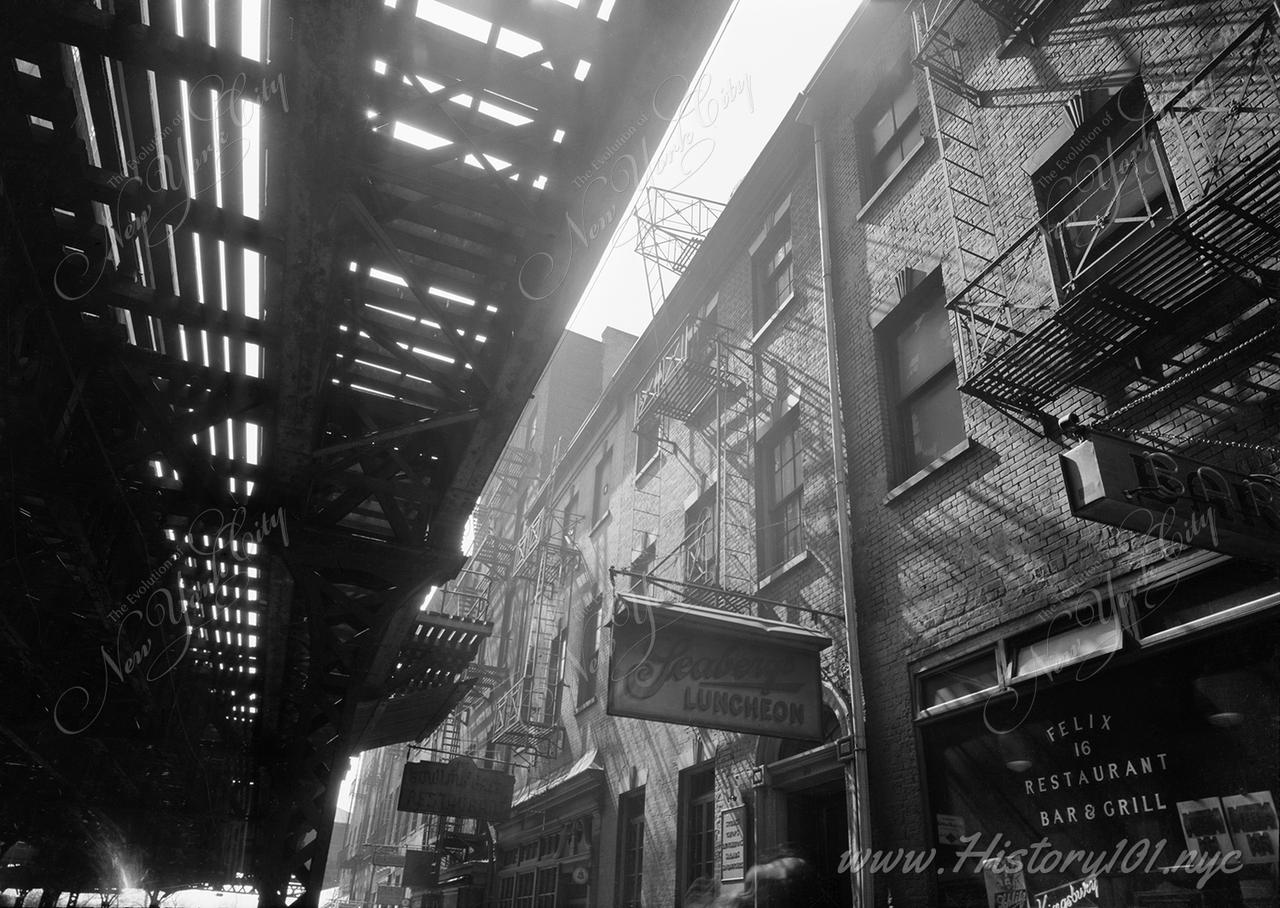 Exterior view of 16 Greenwich Street and adjoining buildings beneath the shadow of the elevated railroad tracks. 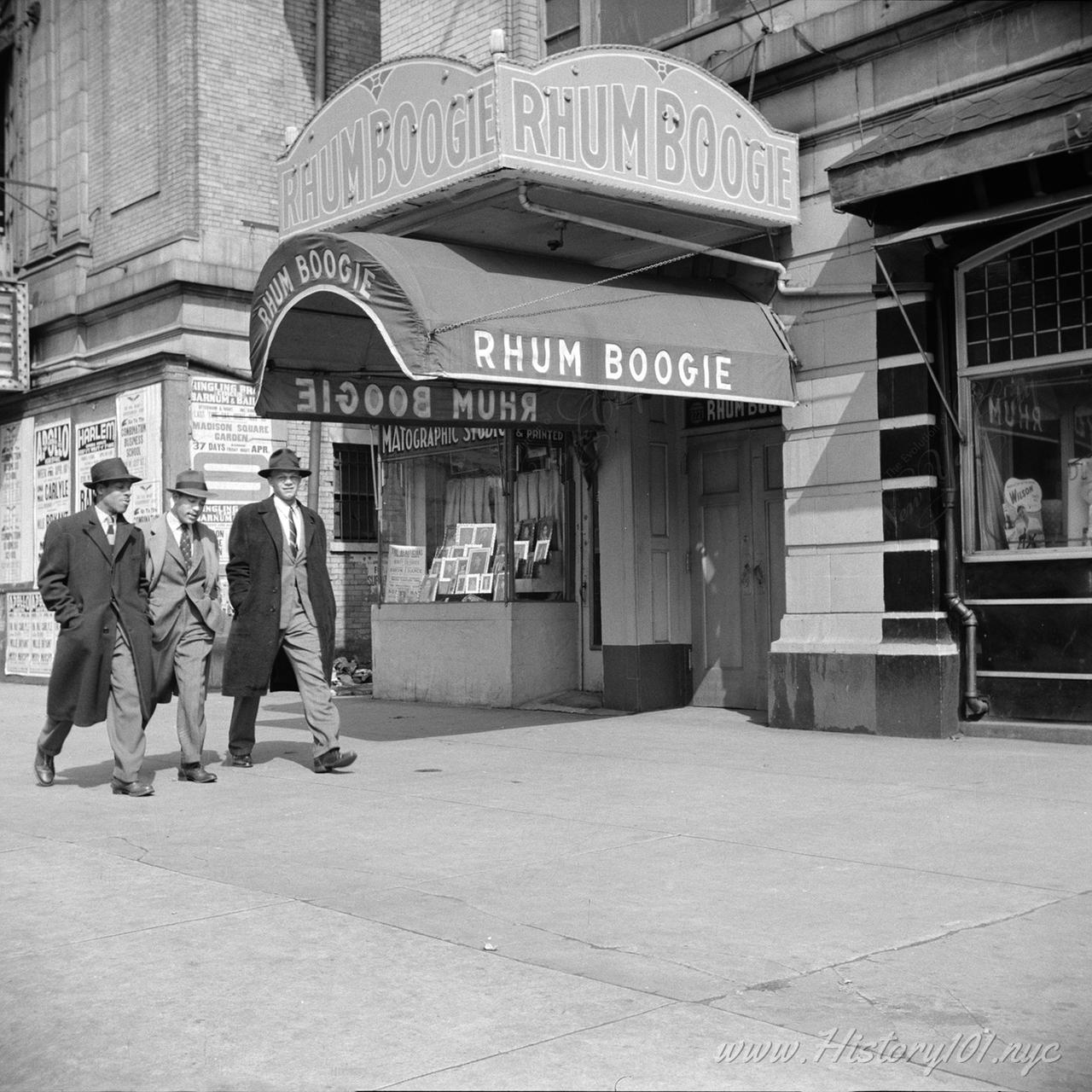 Photograph of three men walking down the street past on of Harlem's nightclubs. 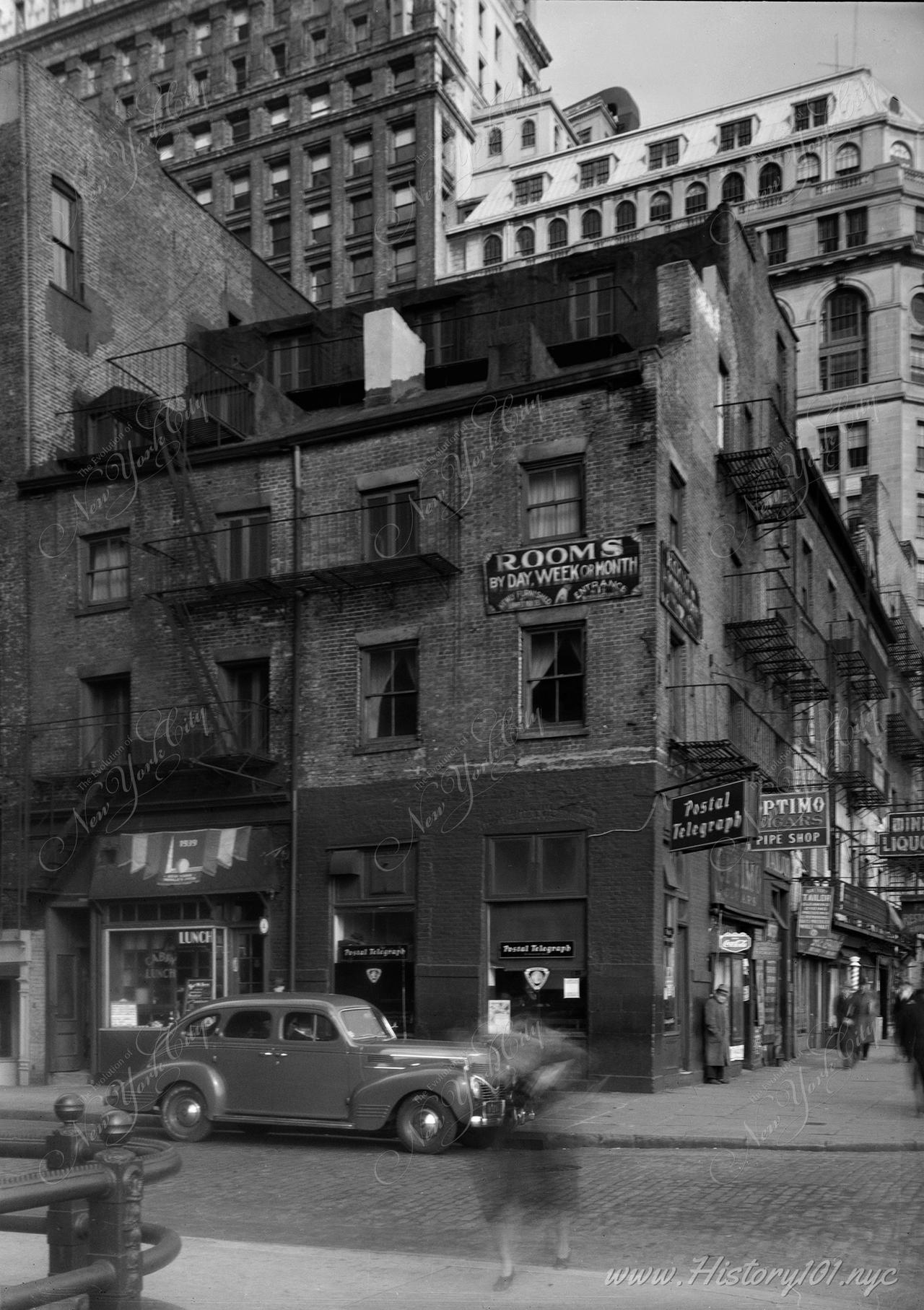 Exterior view of old buildings at the corner of Battery Place and Washington Street from southwest. 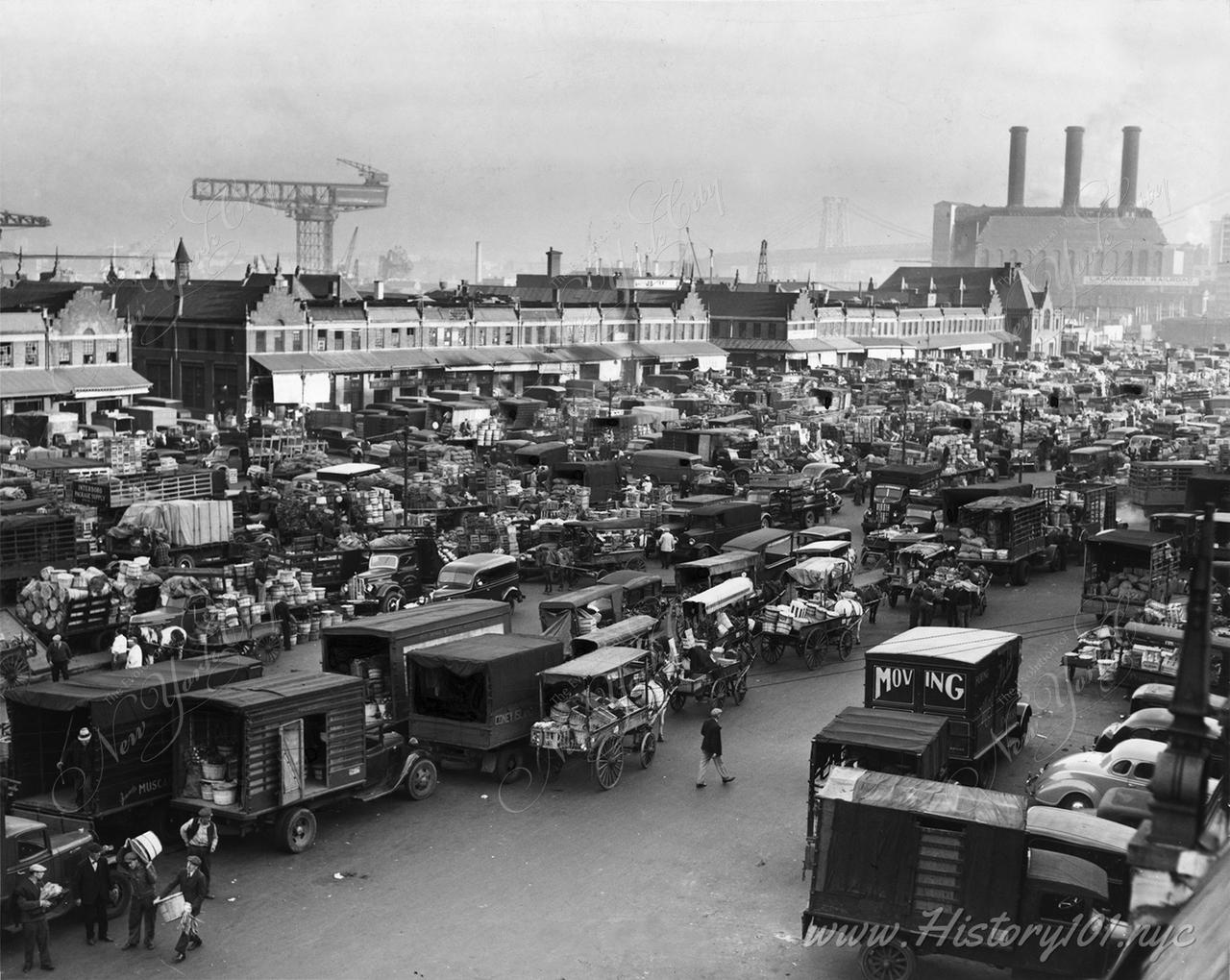 Photograph of a vast crowd of trucks and horse-drawn carts at the Wallabout Market in Brooklyn, New York. 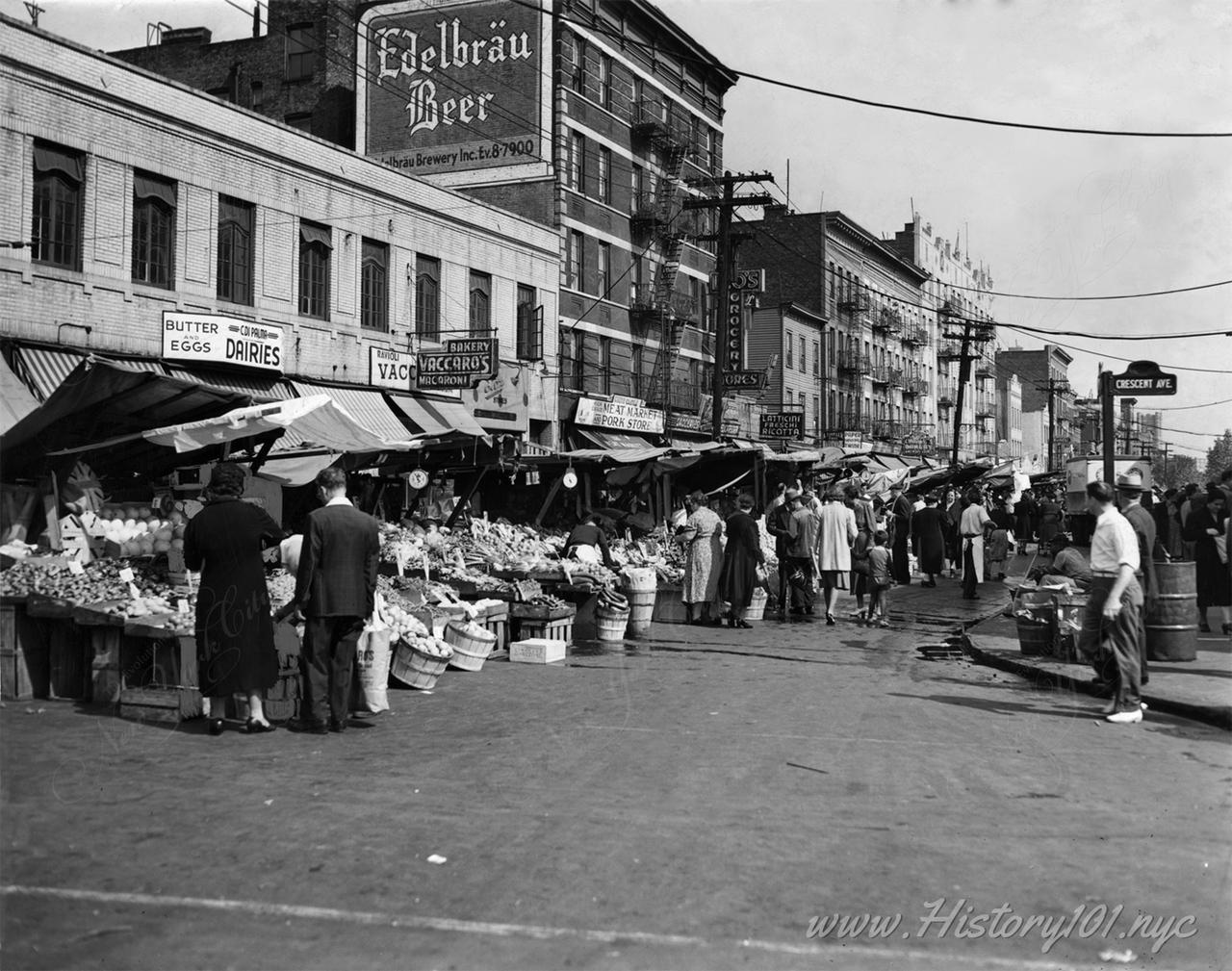 1940: Italian Pushcart Market in the Bronx

Photograph of a market of Italian push carts selling produce on Arthur & Crescent Avenues in the Bronx. 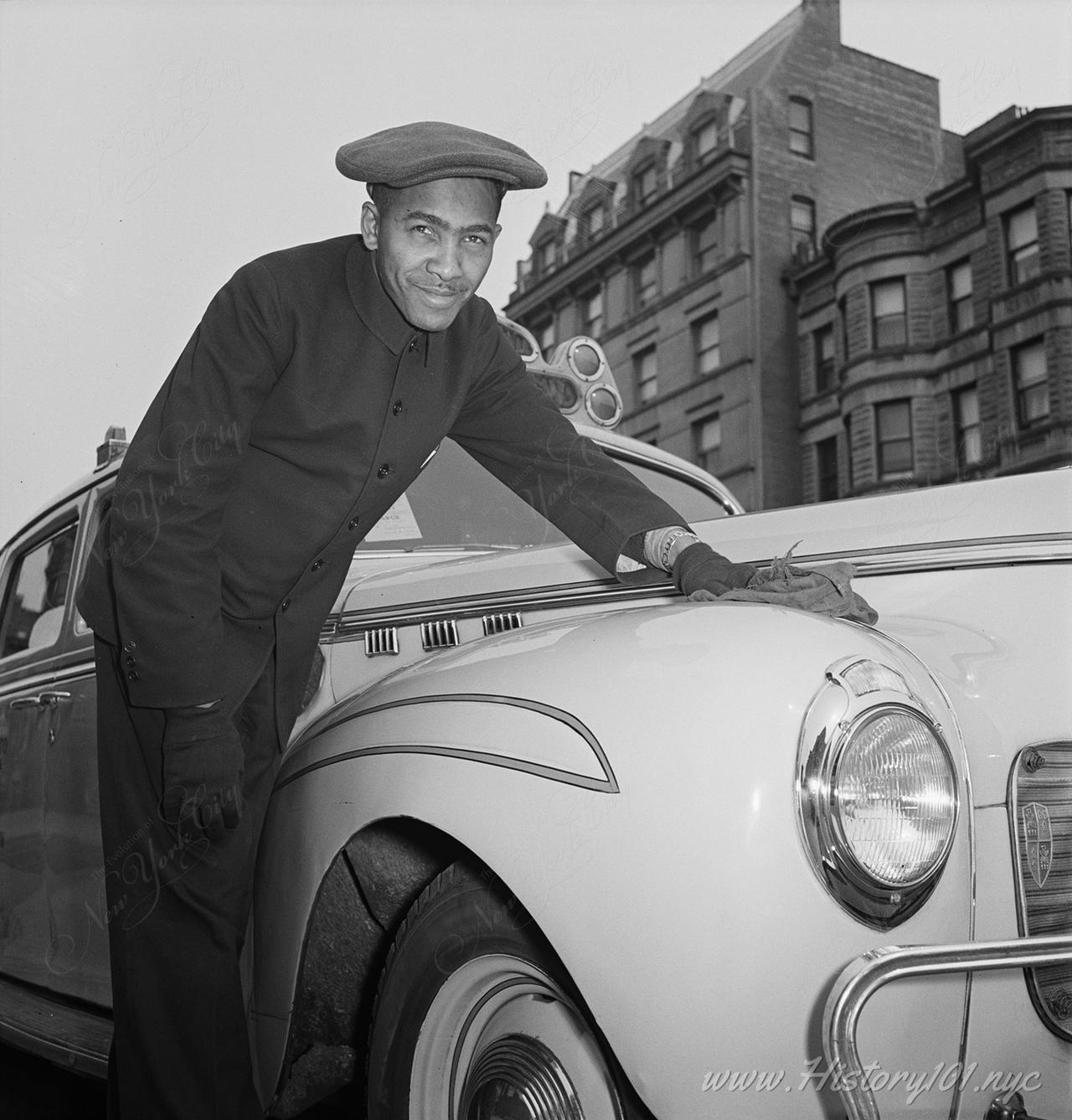 Photograph of a taxi driver polishing the hood of his car in front of a row of brownstones. 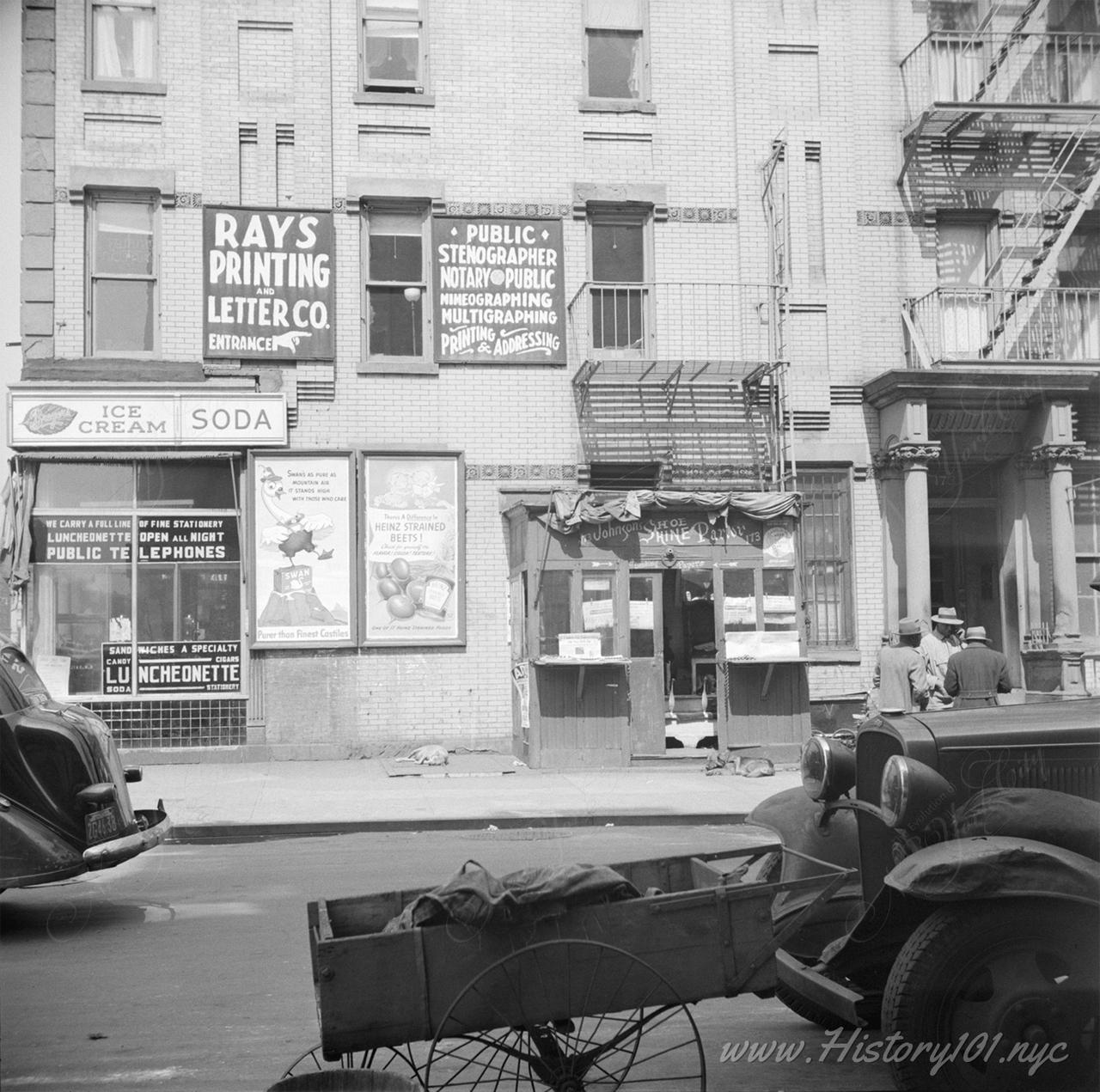 Photograph of a diner, shoeshine booth and various printed advertisements near the corner of a block in Harlem. 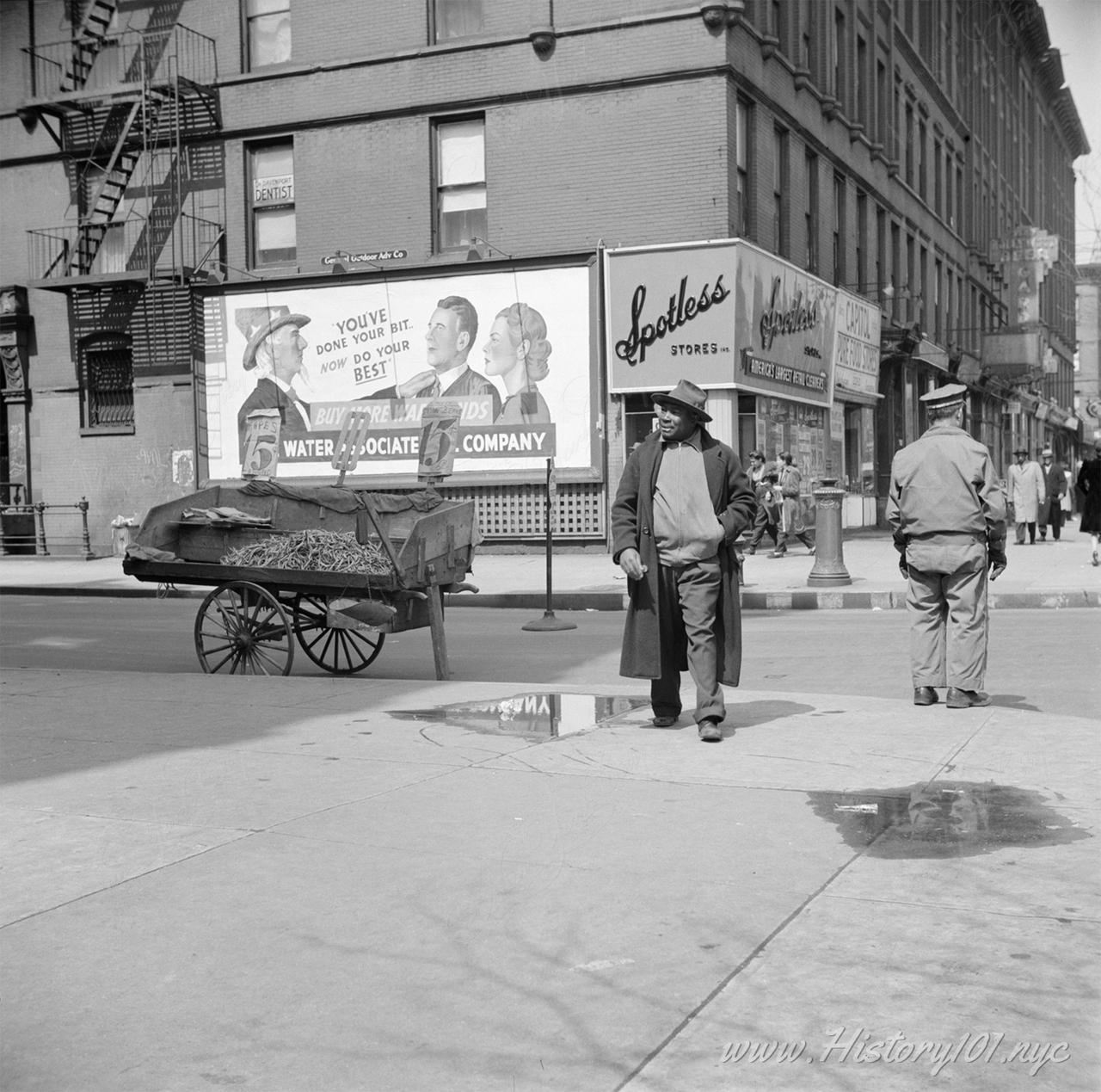 1943: Street Vendor on a Corner in Harlem

Photograph of a fruit stand vendor waiting on customers on a corner in Harlem. 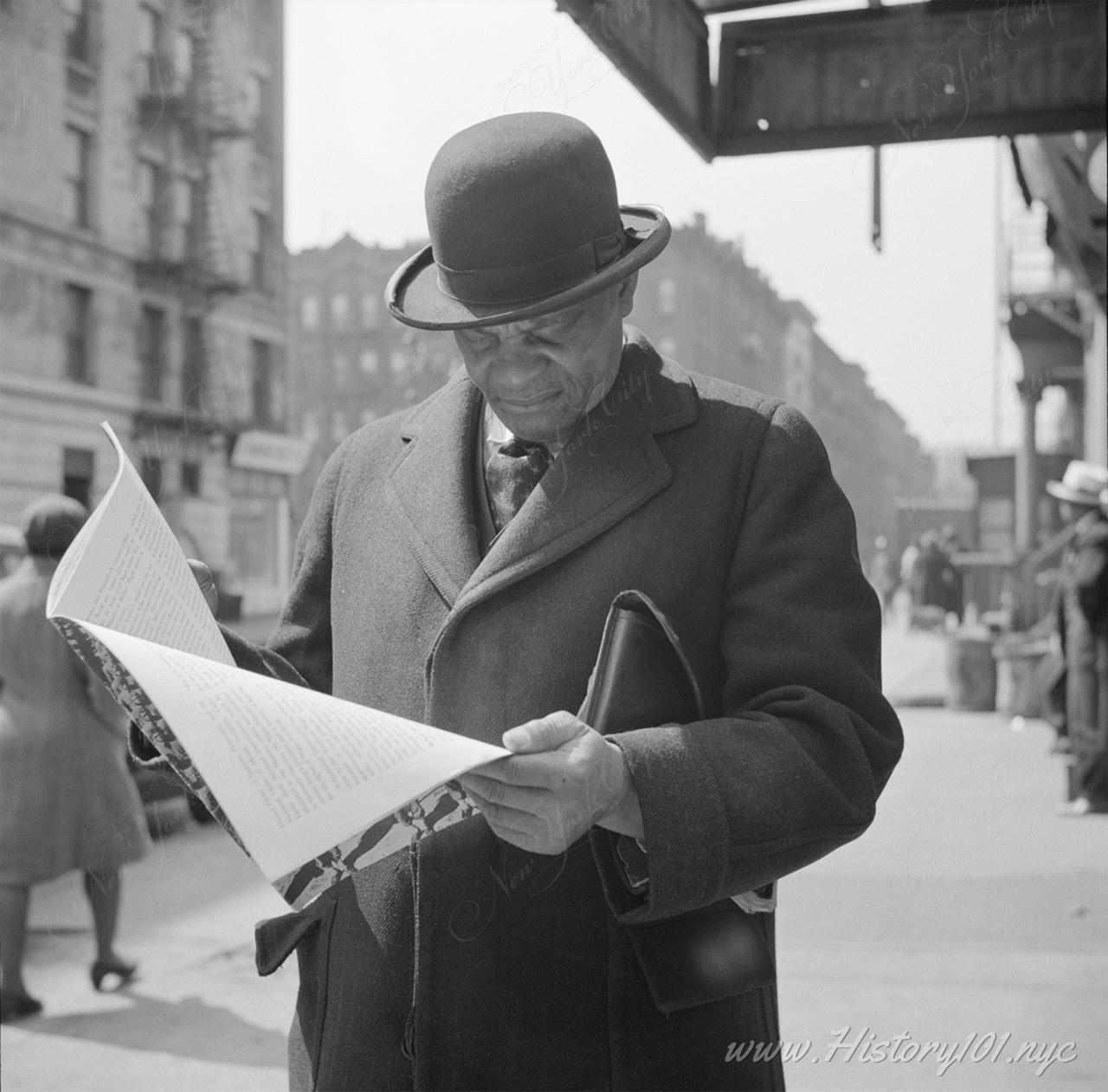