At the apex of its postwar recovery, New York City continues to prosper at an unprecedented rate. A collaboration of Allies was successful not just in winning the war, but building bridges as the city welcomed a record number of immigrants seeking a new life. Puerto Rico became a US territory in 1952, opening up a wave of migrant citizens from the island and ultimately leading to the first Puerto Rican Day Parade, along with pop/cultural representation in classic NYC films such as West Side Story. 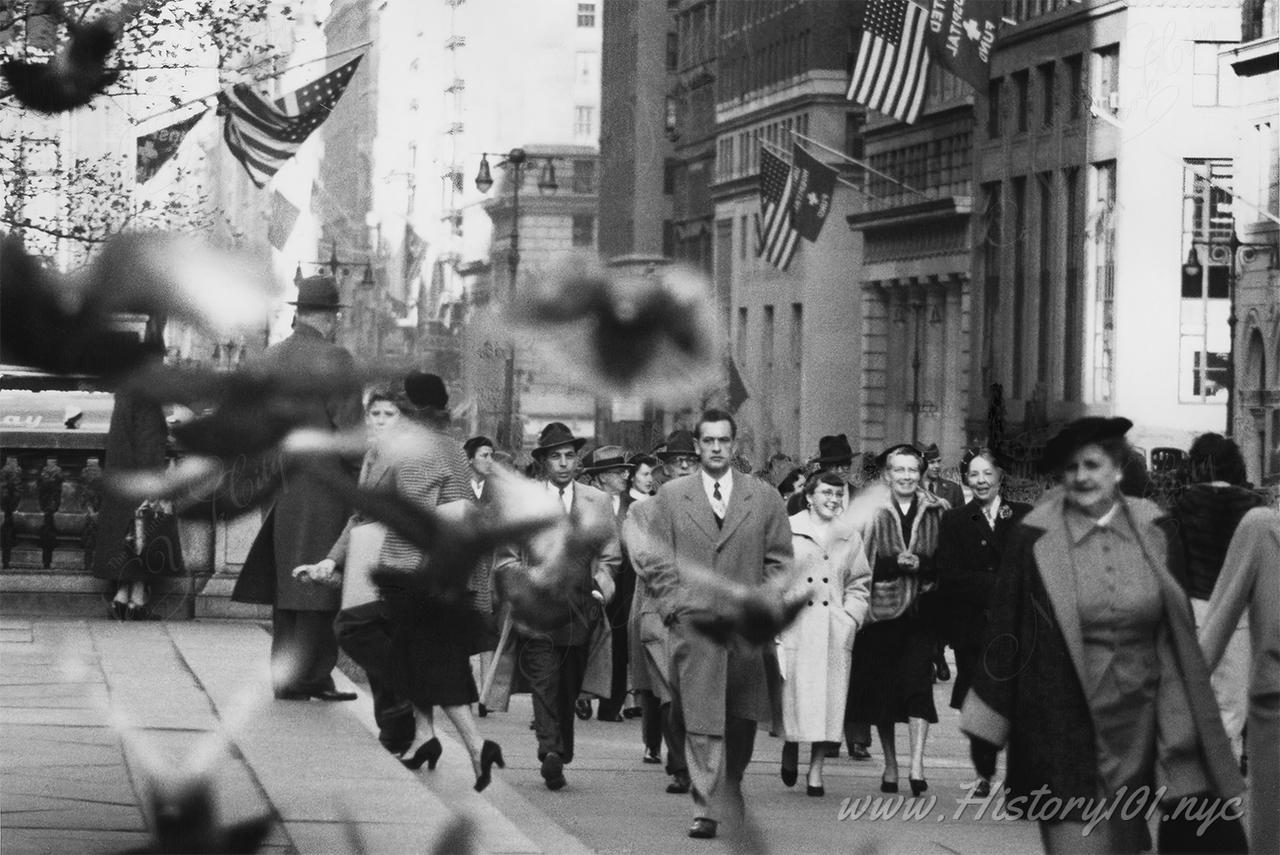 Photograph of pedestrians scattering a flock of pigeons along the sidewalk in front of New York Public Library.

A photograph of the produce market on Washington Street at night. 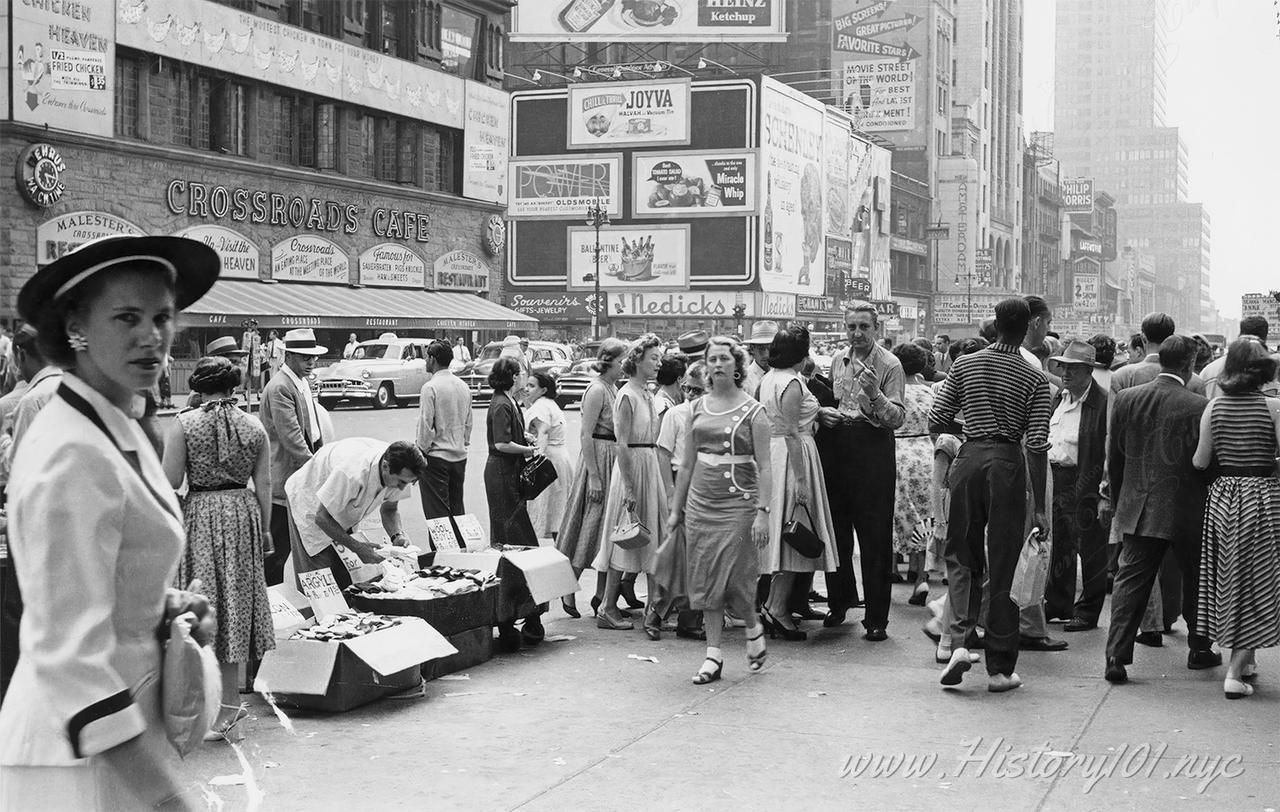 Photograph of Times Square showing advertisements and businesses such as the Crossroad's Cafe and Nedicks. 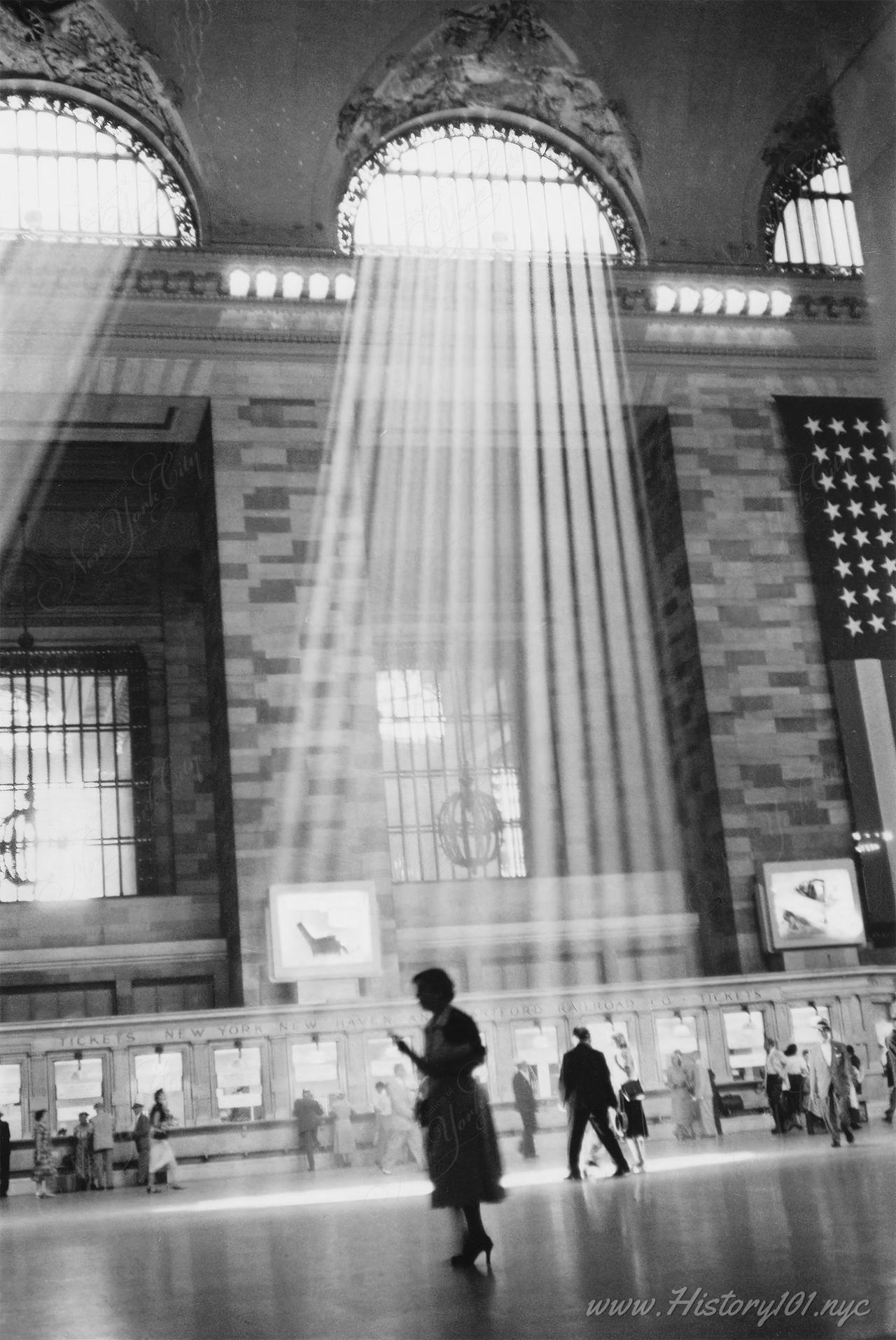 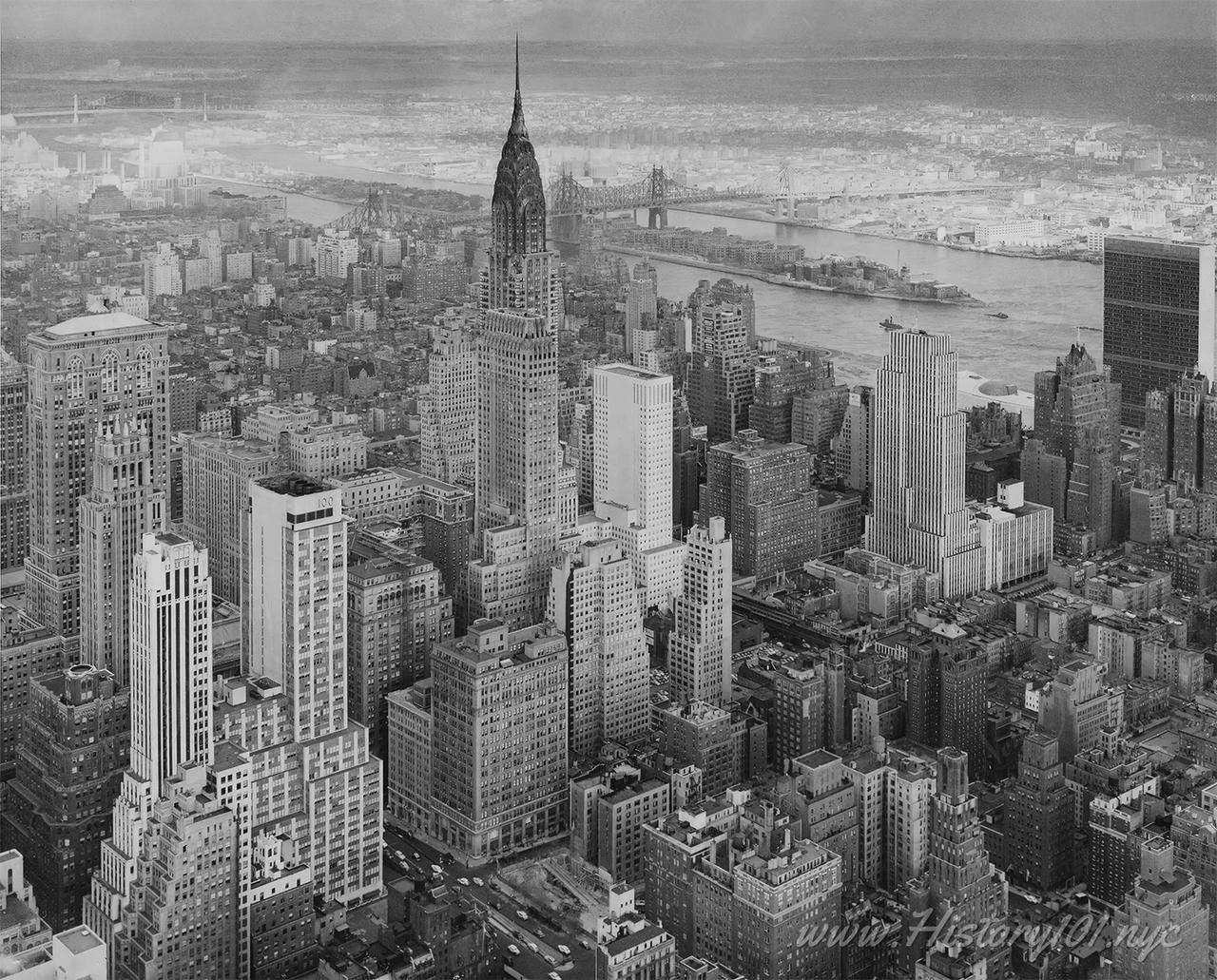 Aerial photograph of Manhattan including the Chrysler Building and other midtown skyscrapers. 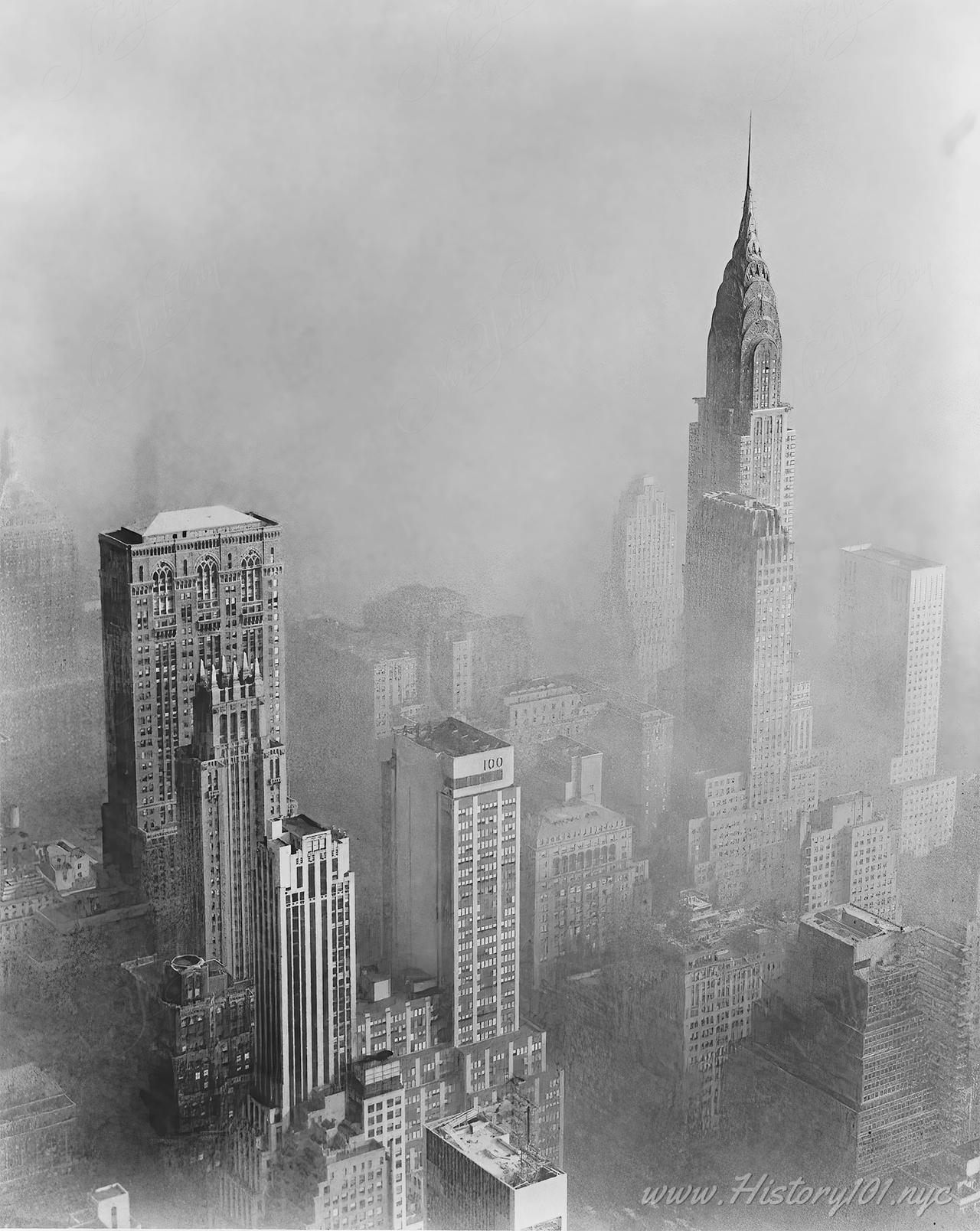 Aerial photograph of smog obscuring a view of the Chrysler Building from the Empire State Building. 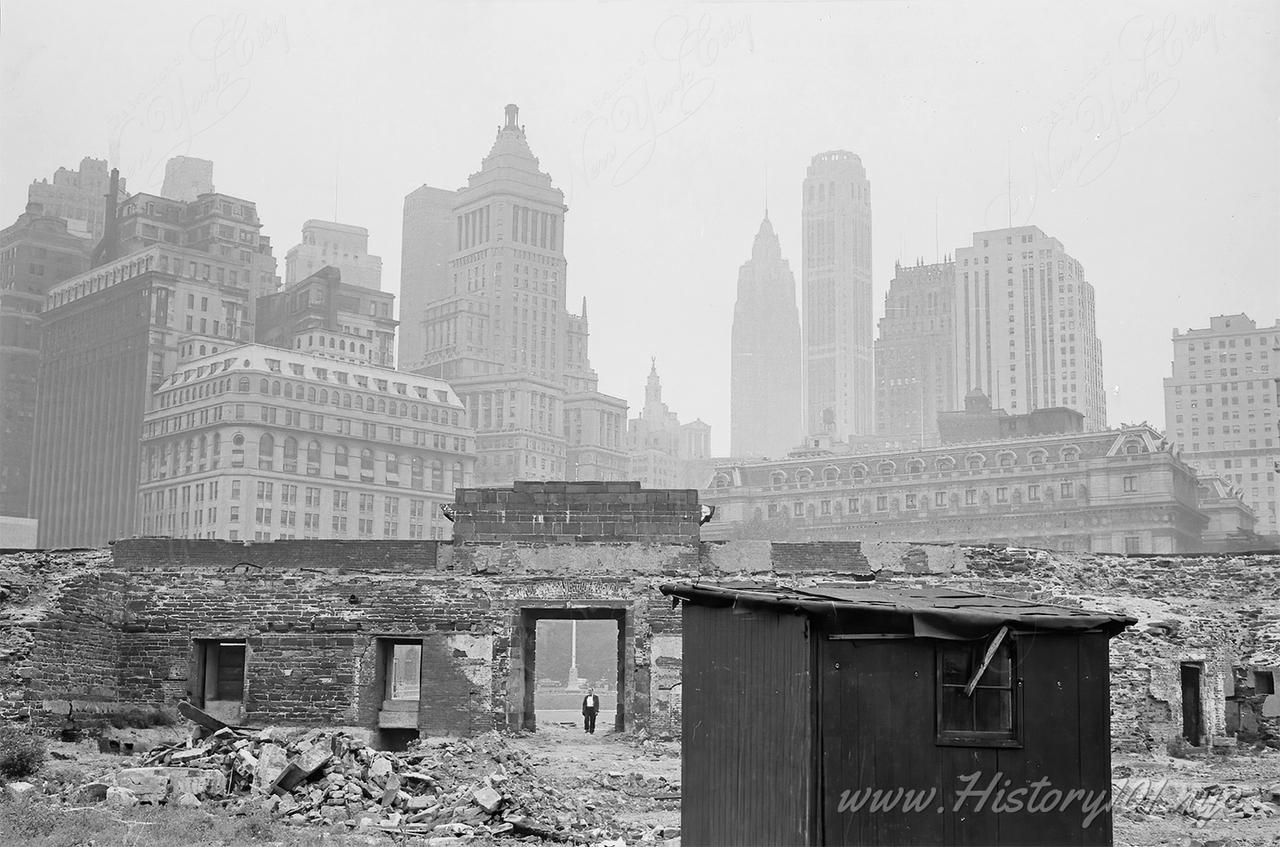 Photograph of a man standing in the doorway of a building in ruins against a backdrop of skyscrapers. 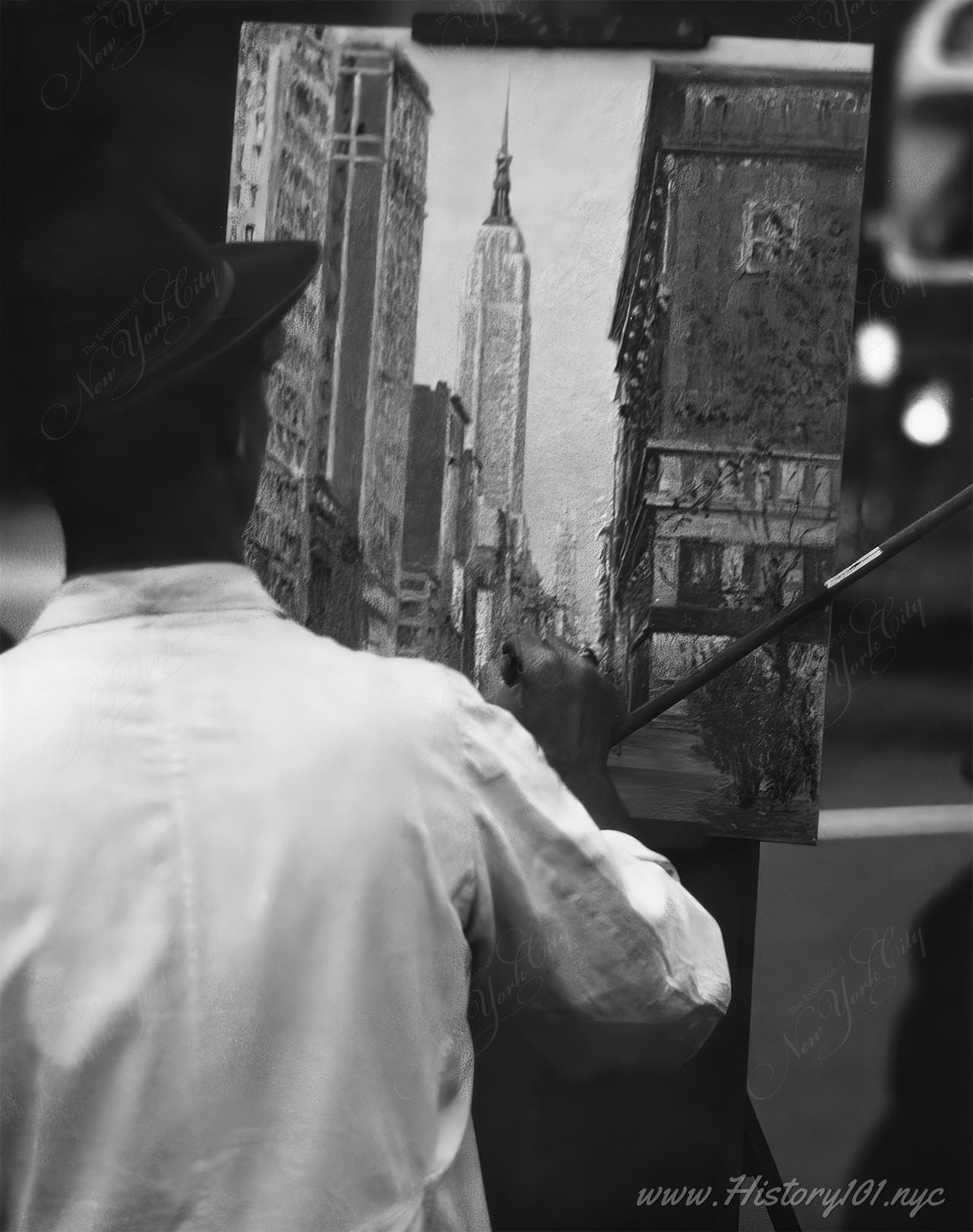 Photograph shows half-length portrait of an street artist working on a painting of Manhattan's urban landscape with the Empire State Building in the background. 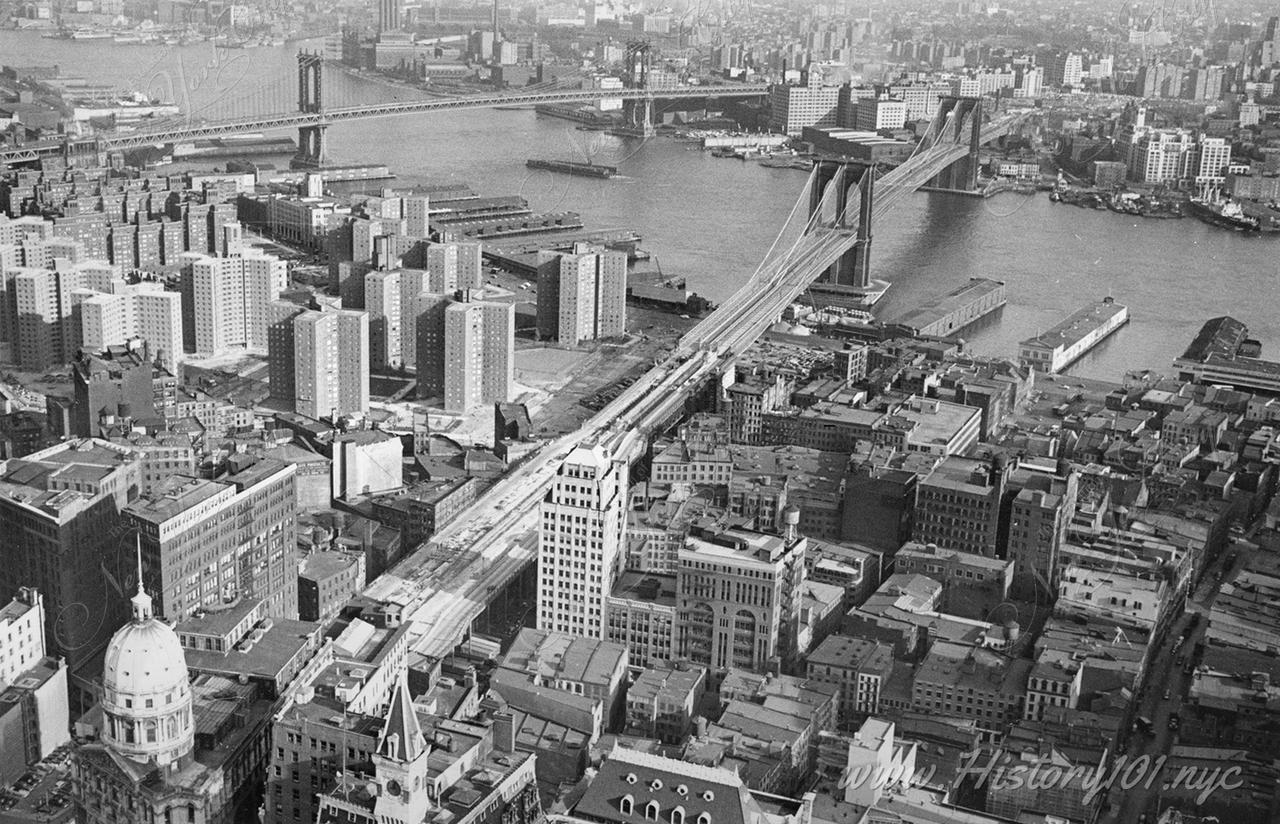 Photograph shows an aerial view of Manhattan including the East River featuring the Manhattan and Brooklyn bridges. 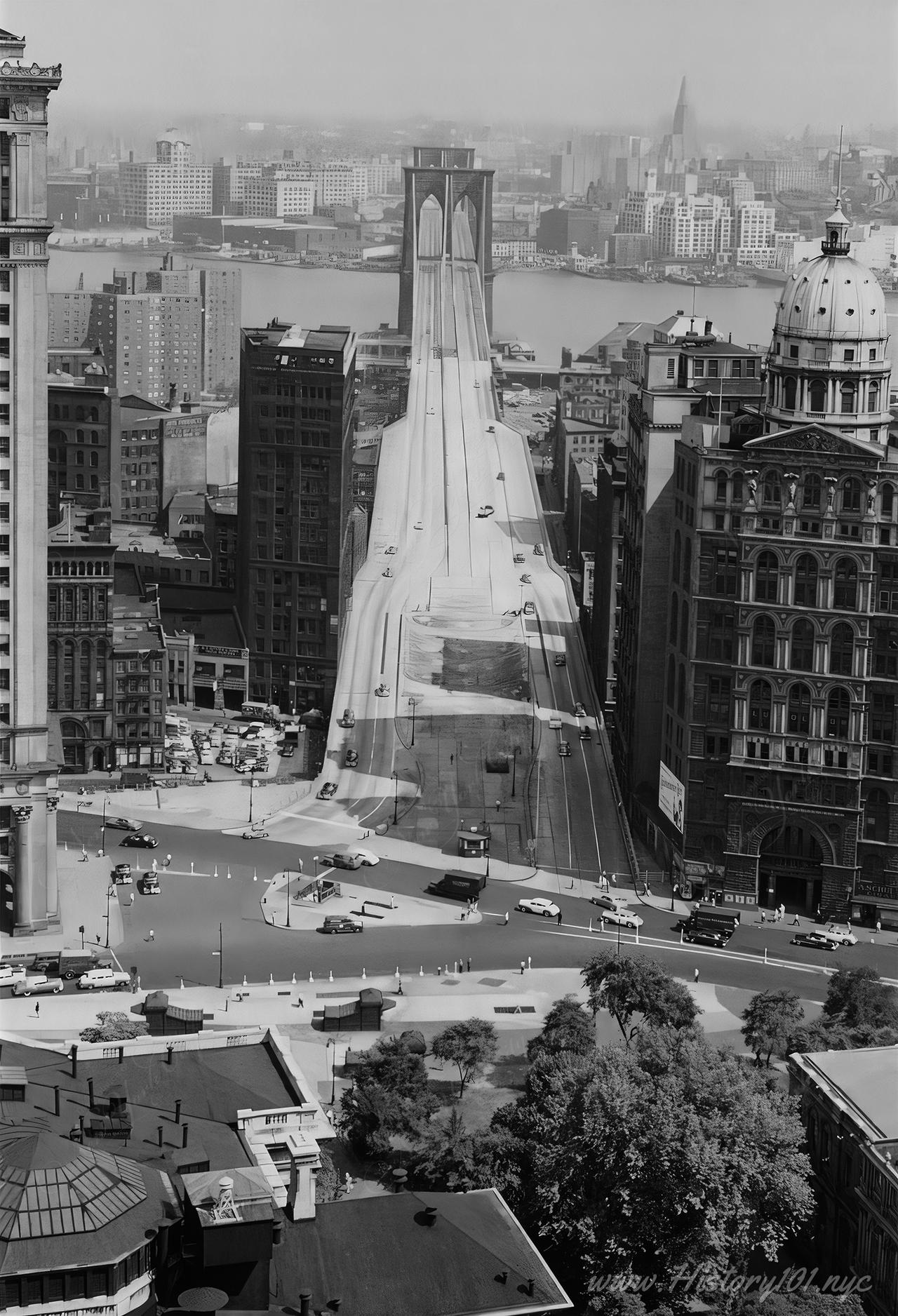 1954: A View across the Brooklyn Bridge

Aerial photograph looking across the East River towards Brooklyn from Manhattan's perspective. 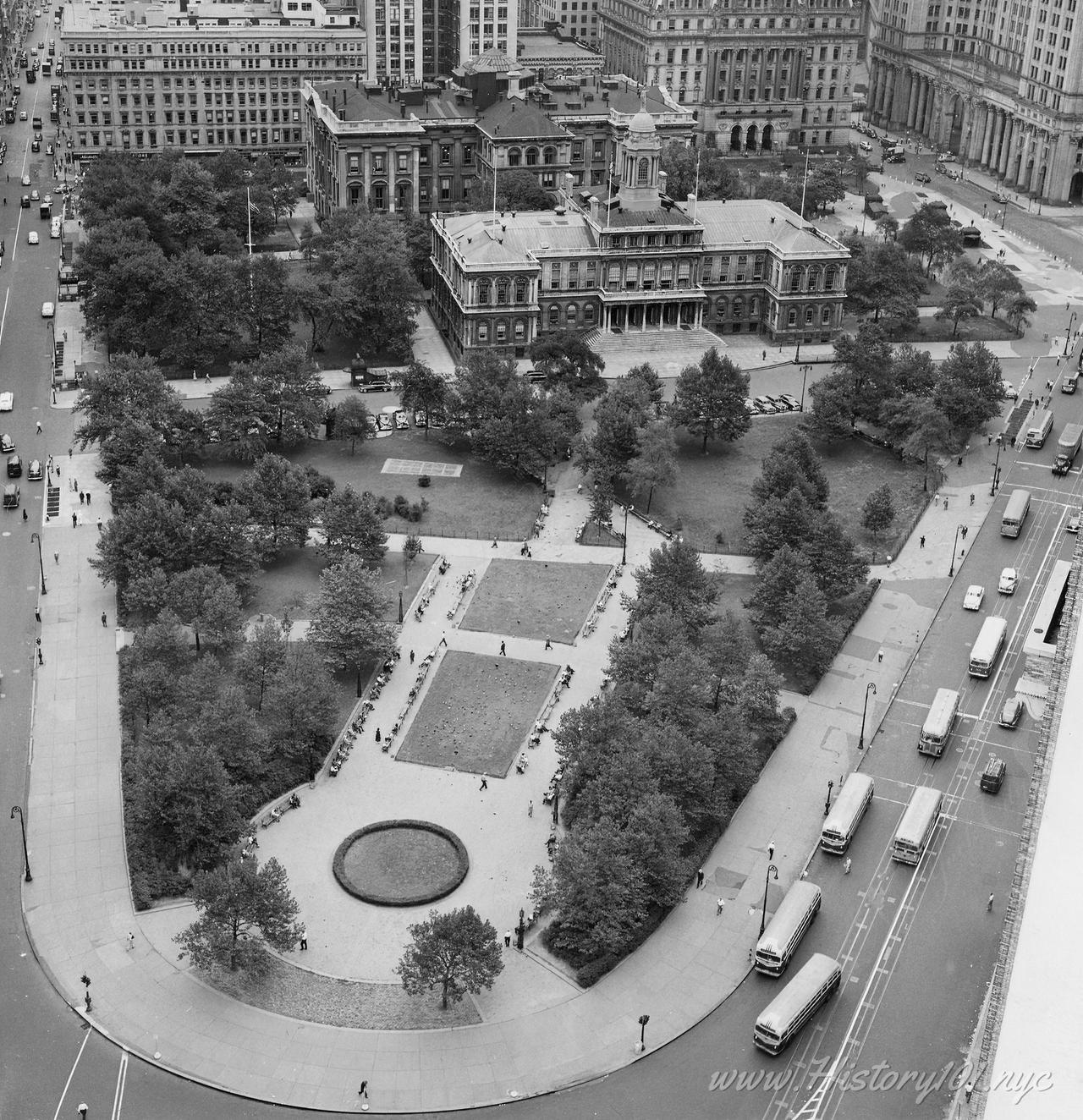 Photograph shows view of Broadway looking south from above the 135 highway with large skyscraper in distance and subway tracks emerging from the ground. 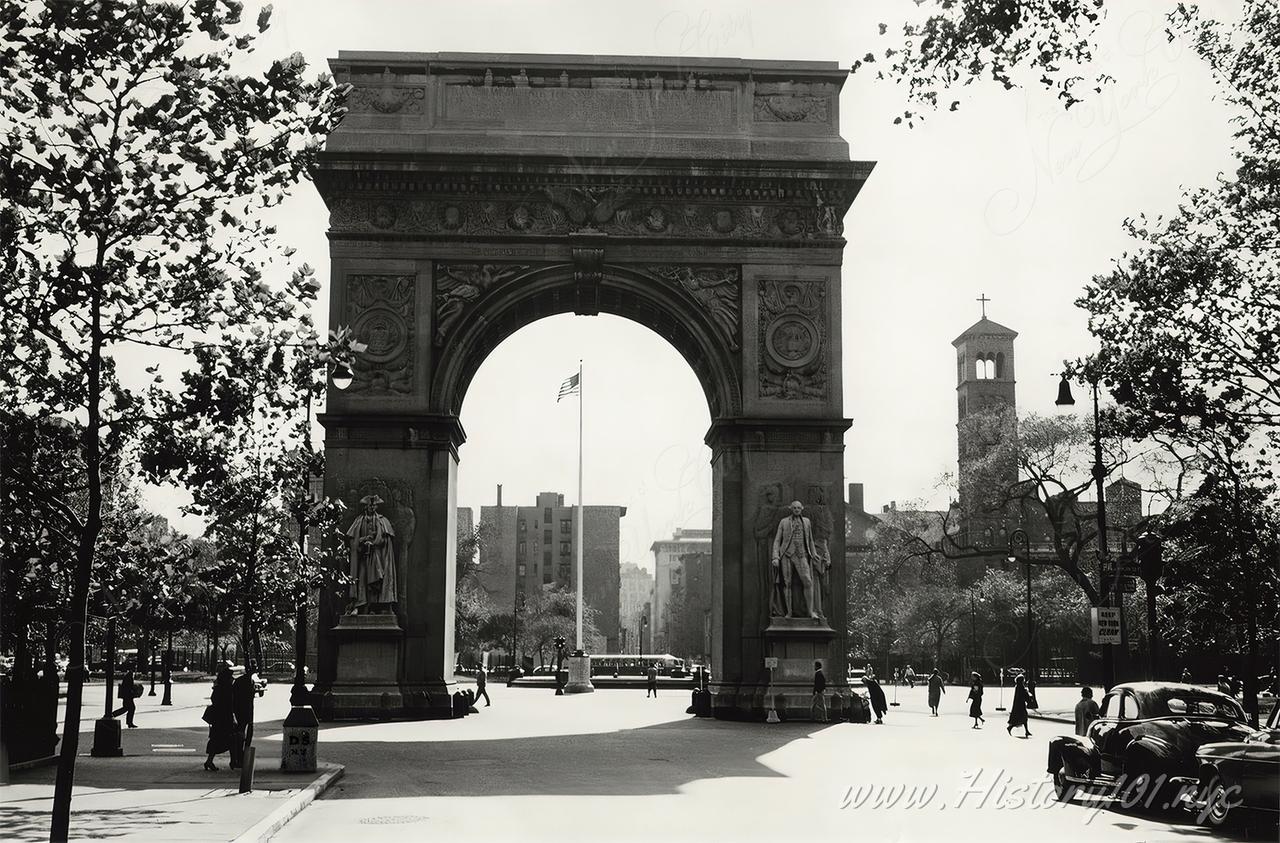 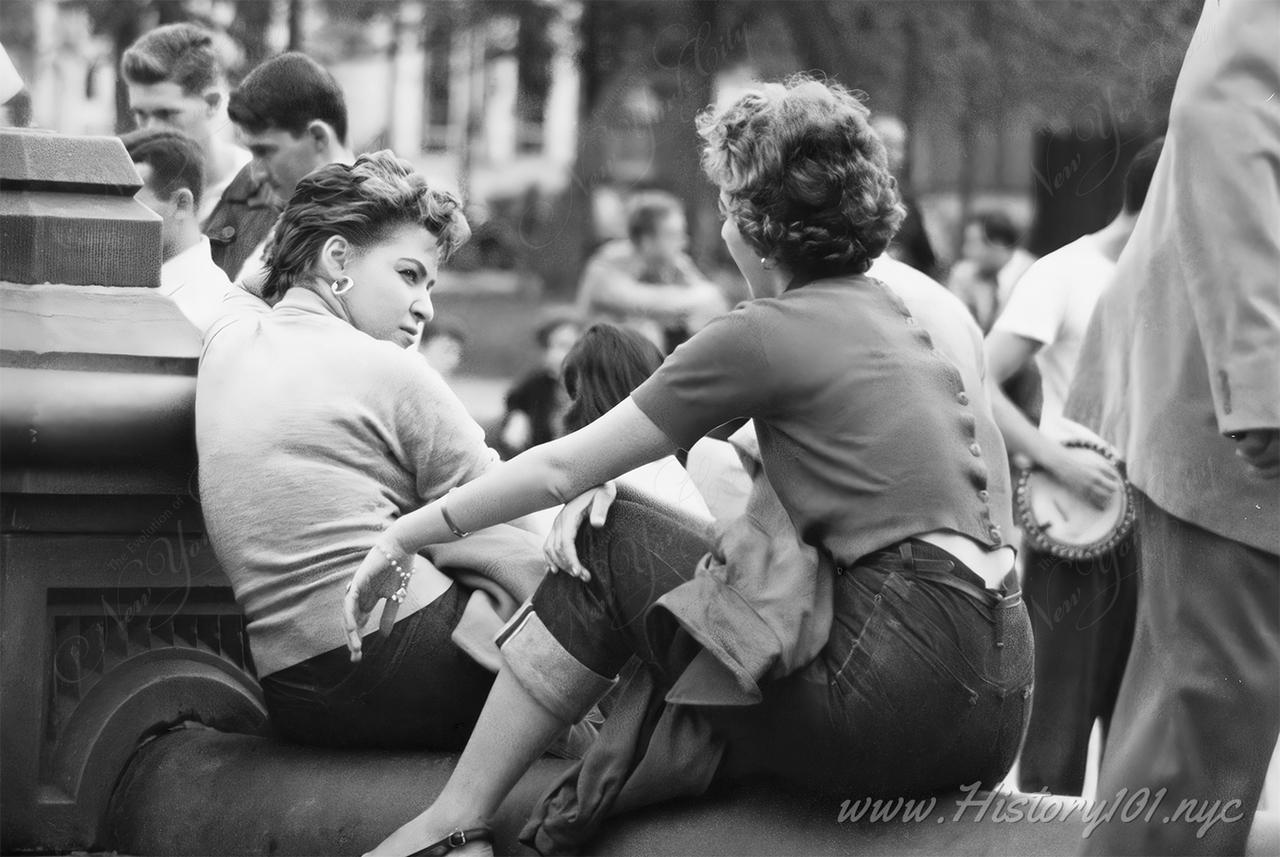 Photograph of two women sitting on the Fountain steps of Washington Square Park in Greenwich Village. 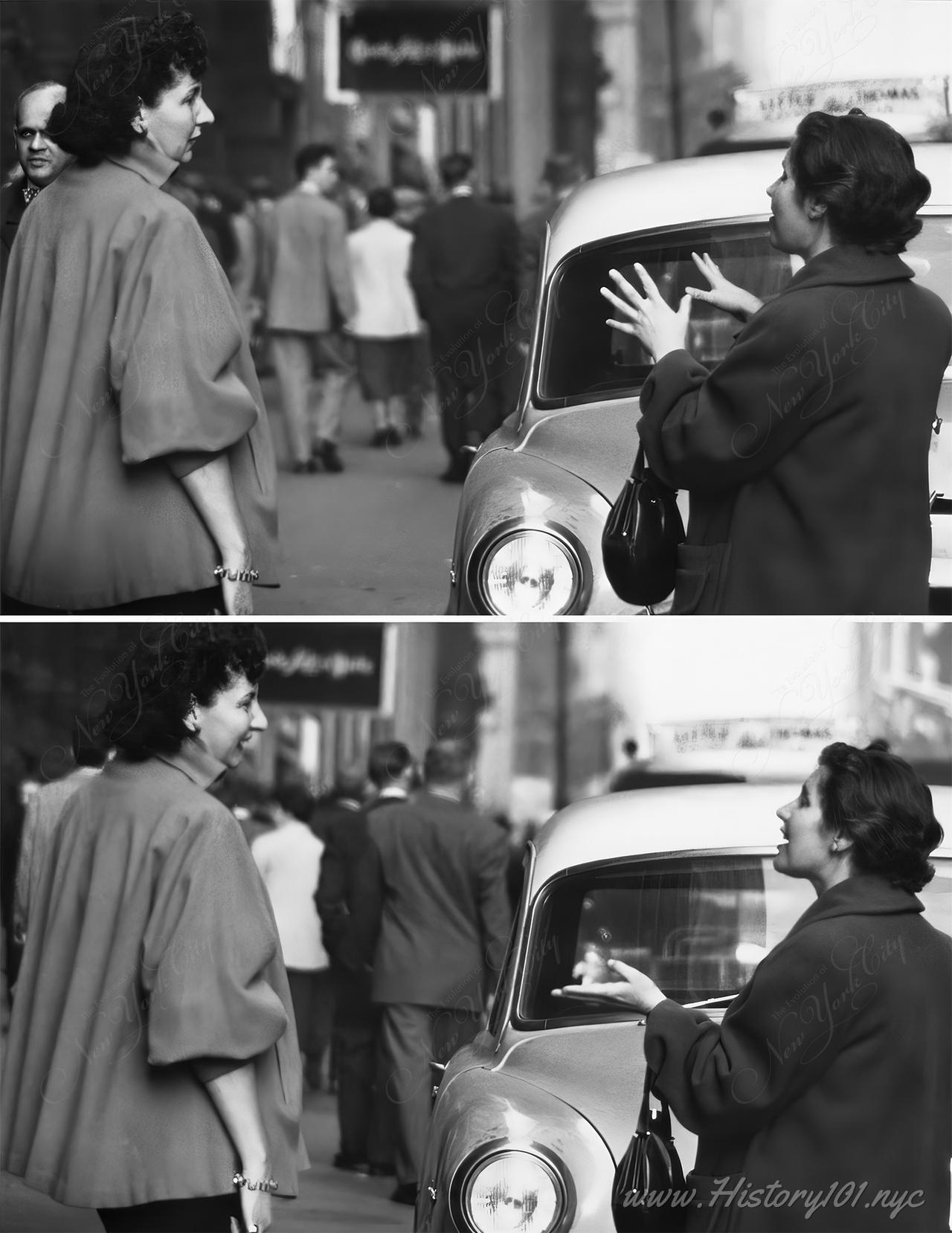 Photograph shows two separate shots of women having a conversation on the curb in front of a New York City taxi. 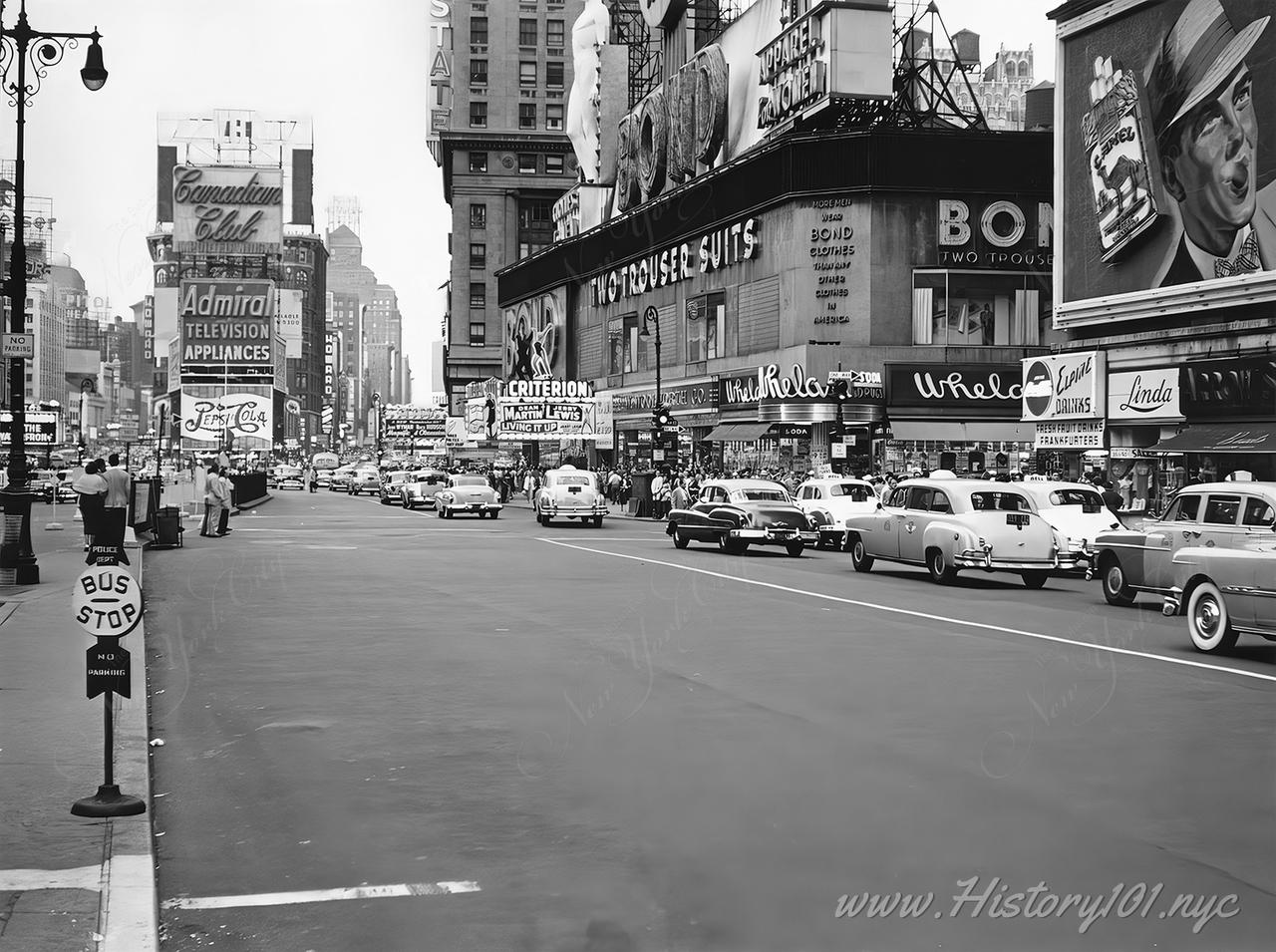 Photograph looking north at traffic along 7th Avenue facing Times Square with its many billboards and storefronts.