As the boon of the postwar economy declined and the civil rights movement began to build momentum, the late 60s would prove to be a time of change. The skyline loses one of its icons in the form of the Singer Building in 1968. It is the tallest structure ever demolished at the time. The Jacob Javits Federal Building and Gulf and Western building were constructed. The New York Mets win their first World Series title, defeating the Baltimore Orioles in five games. The Beatles also performed at Shea Stadium, to a packed crowd of fans. 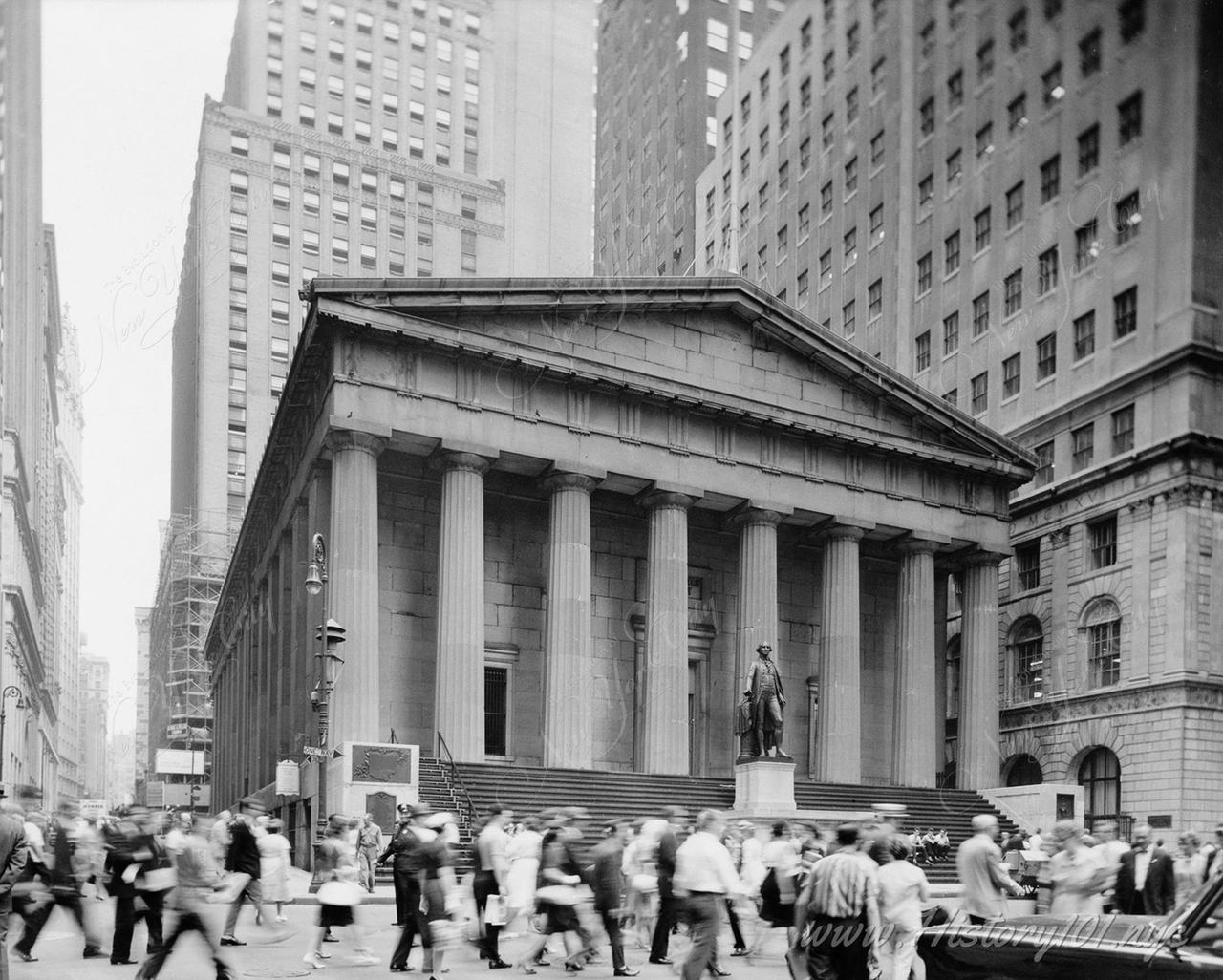 Pedestrians crowd the intersection of Main And Nassau Streets at U. S. Custom House on 28 Wall Street in Downtown Manhattan. 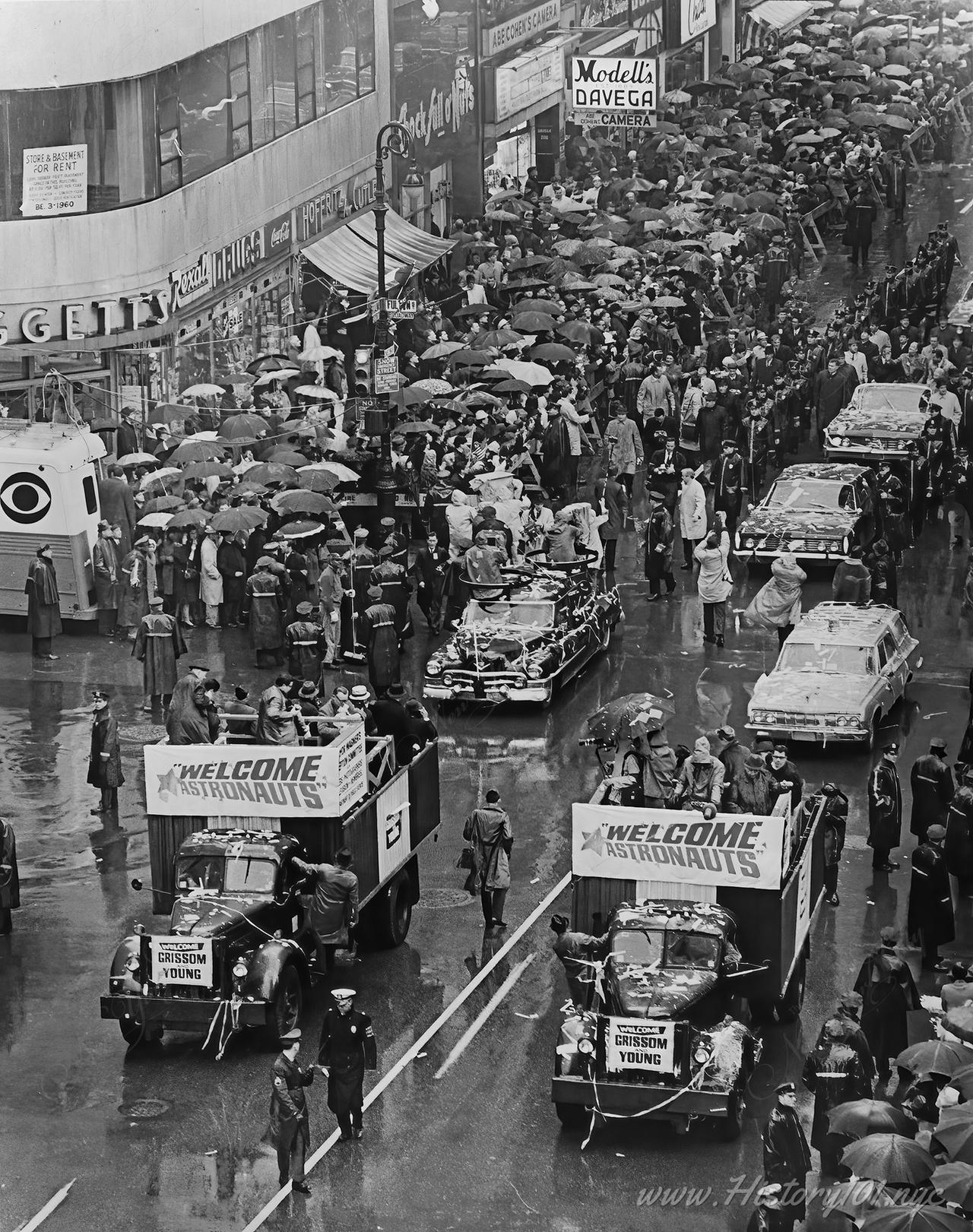 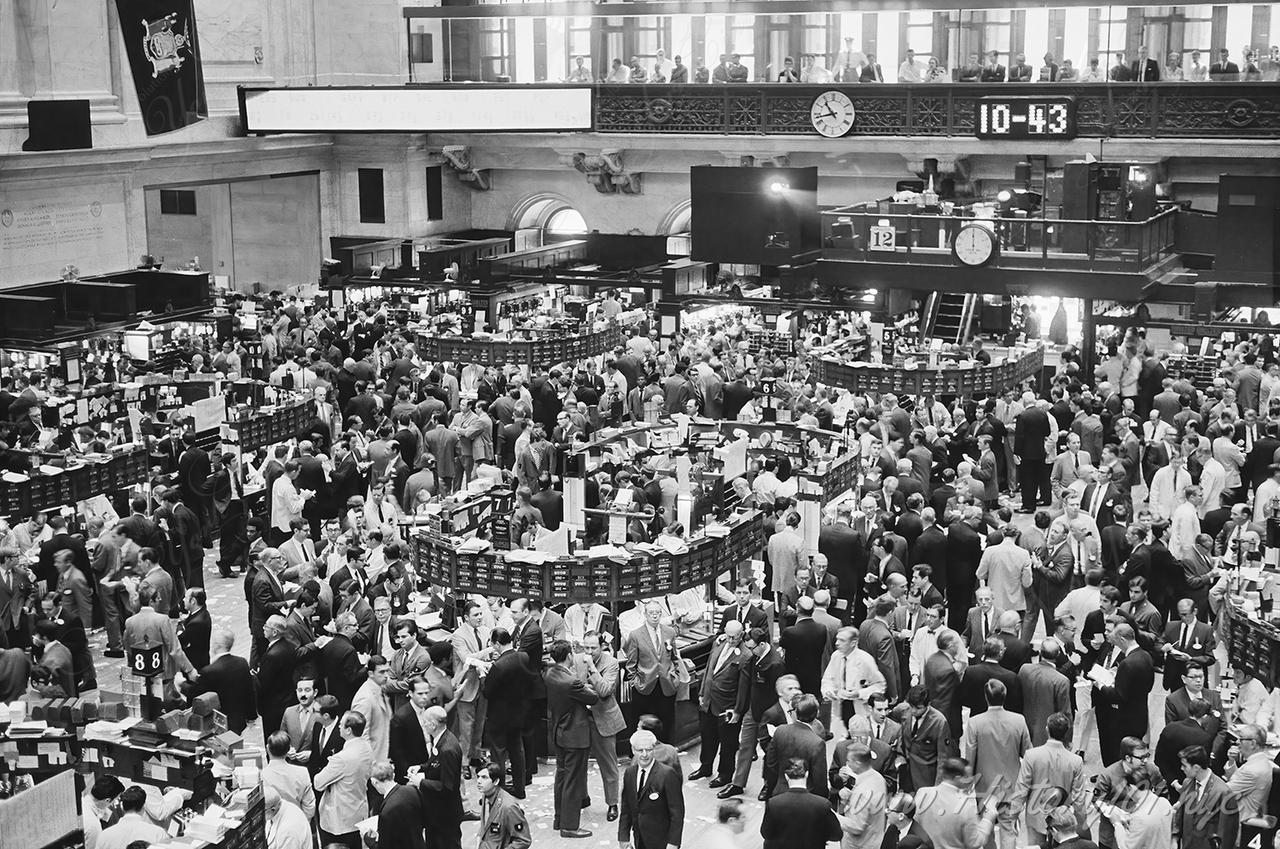 Photograph of a packed floor at the New York City Stock Exchange on Wall Street. 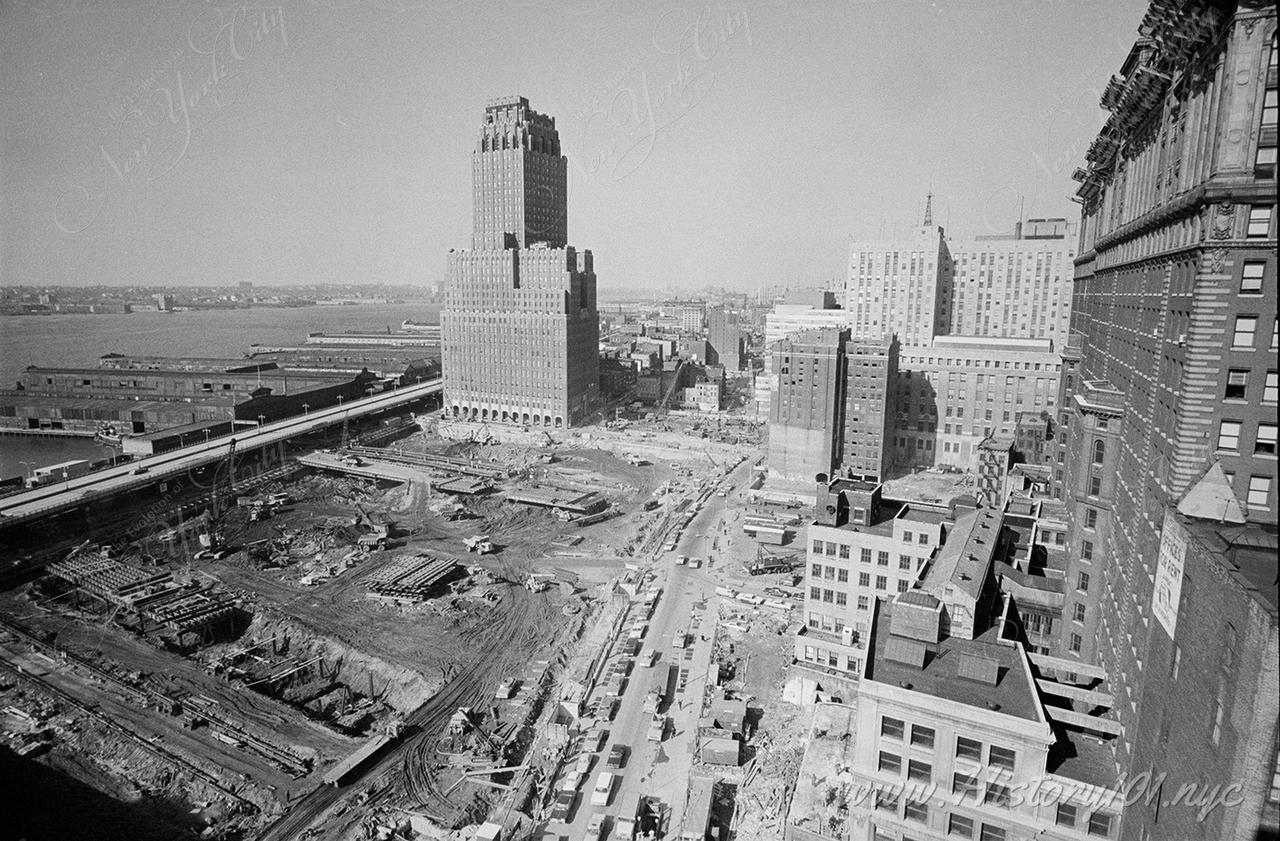 A bird's eye view of the future site of the World Trade Center. An excavator is seen clearing and leveling land and preparing the foundations of the Twin Towers. 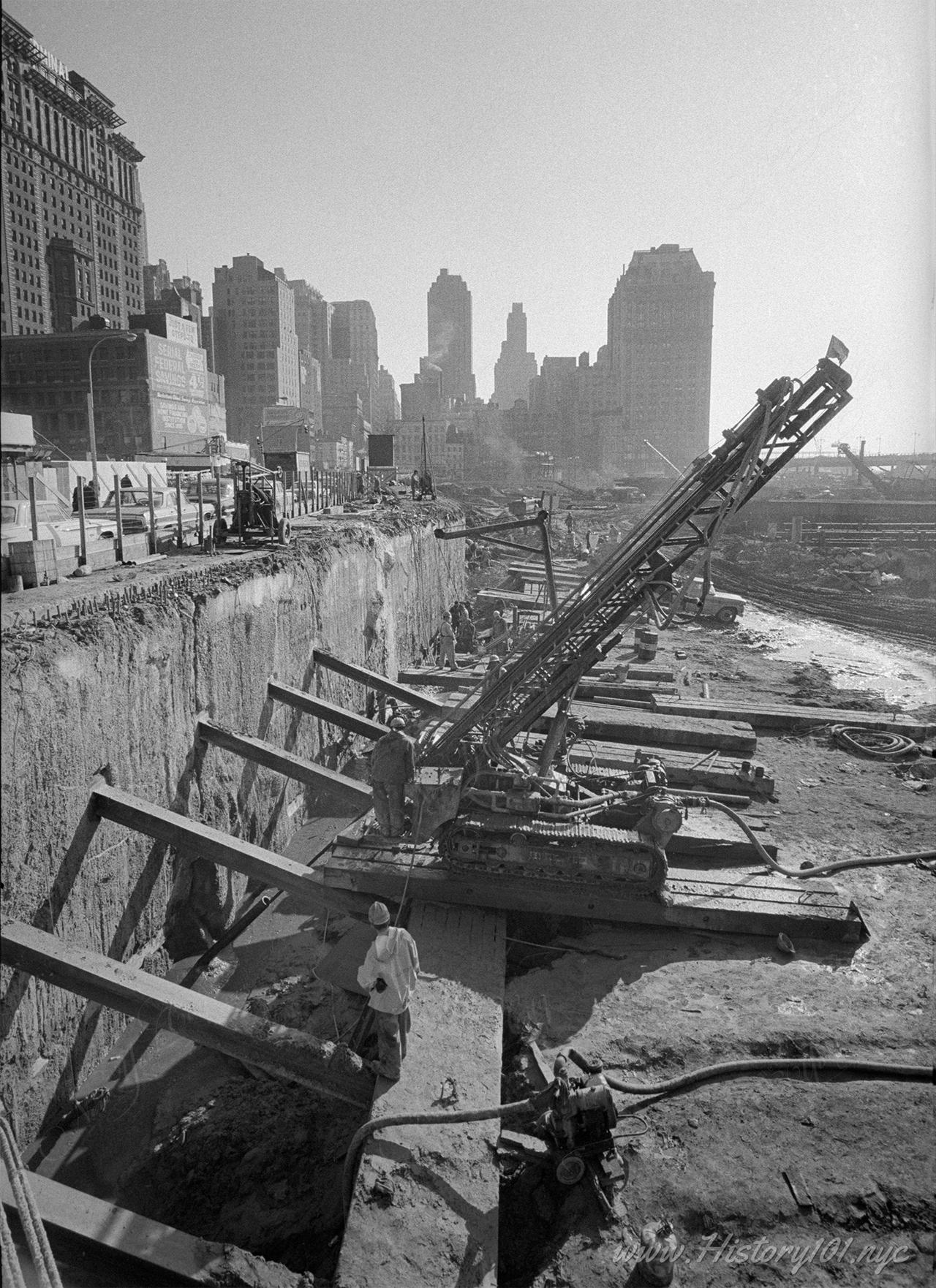 Photograph showing wall supports for the foundations of the World Trade Center. 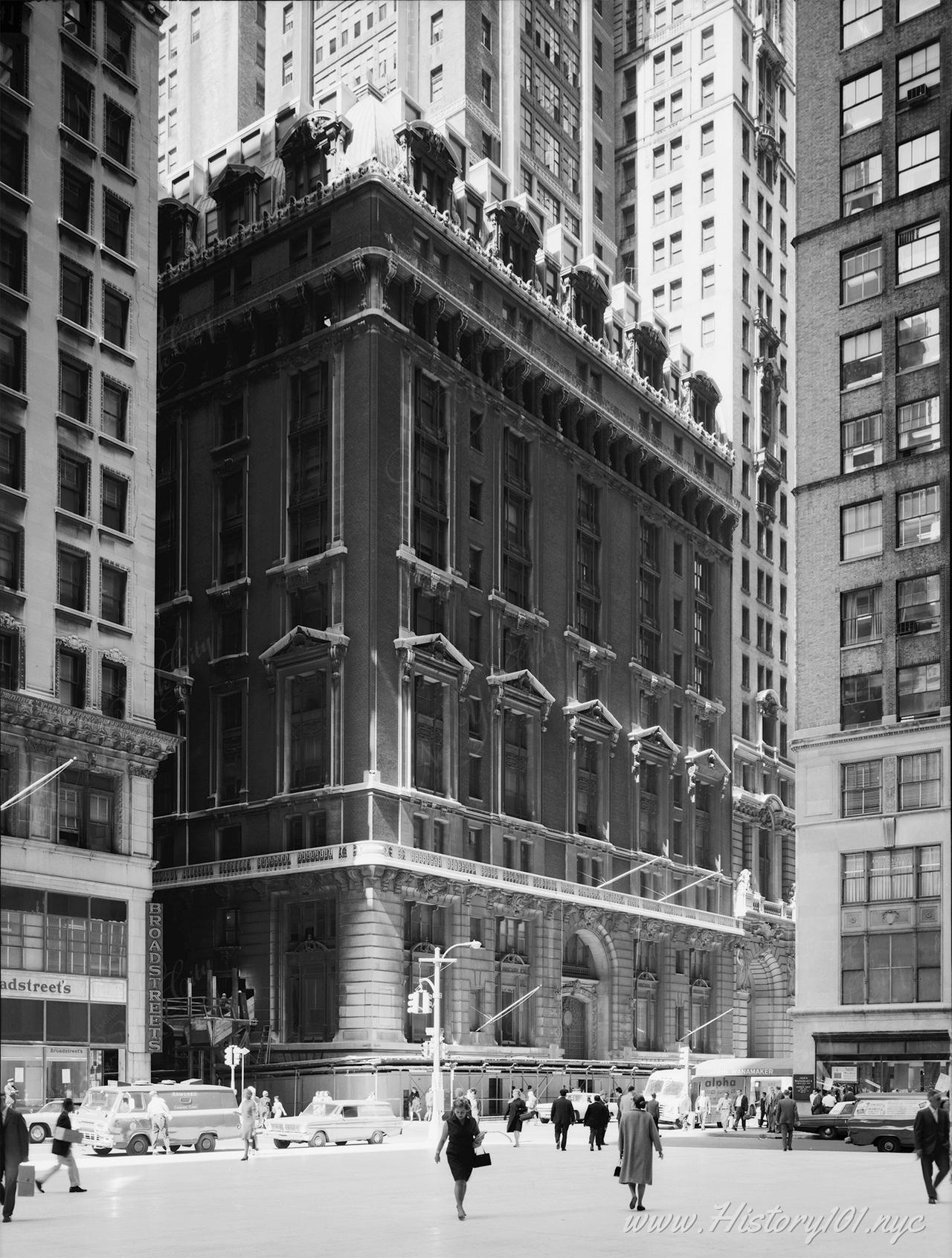 1967: Broadway and the Singer Tower

Photograph of 149 Broadway, The Singer Building Facade from the southeast. 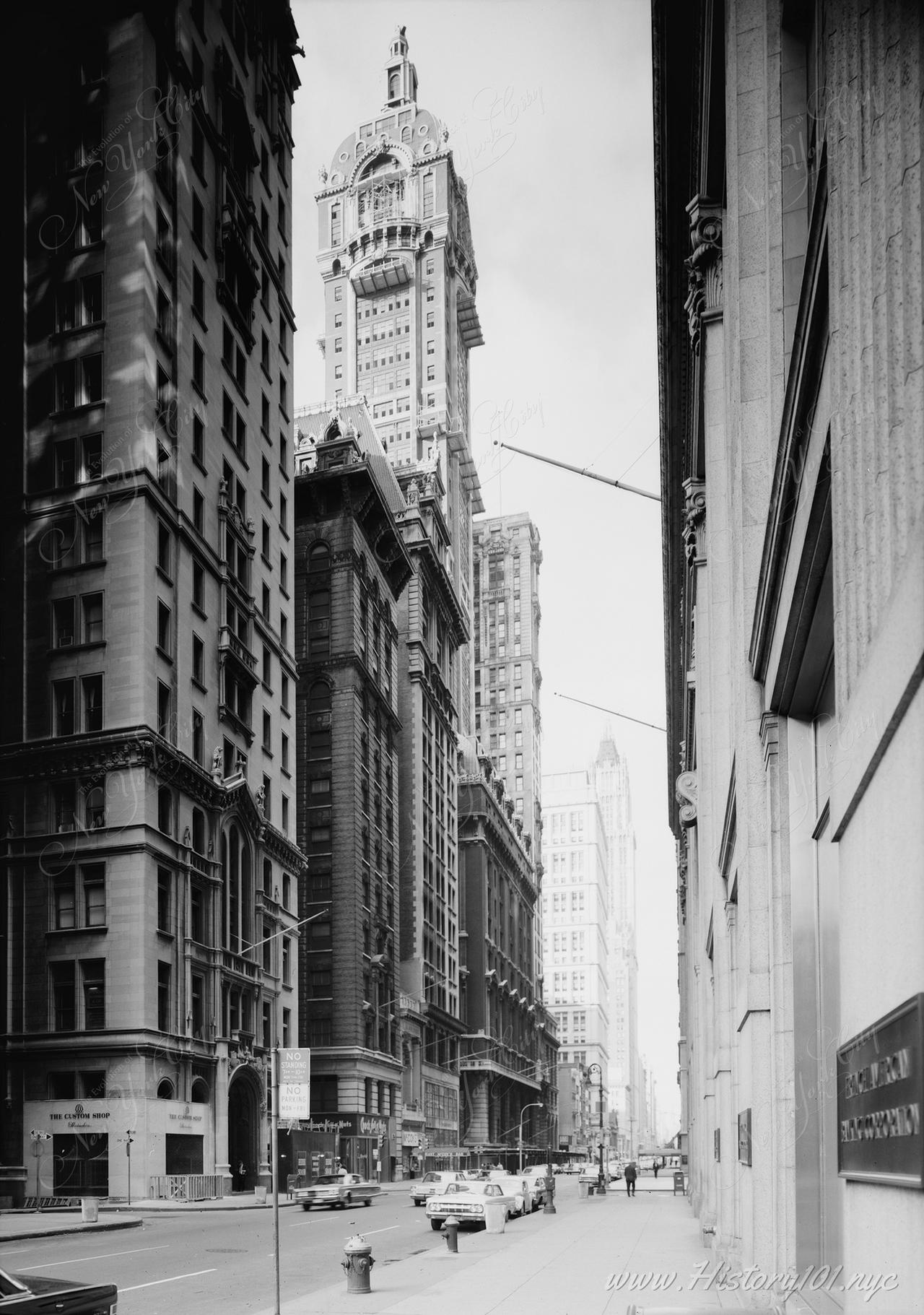 A photograph taken by the Historic American Buildings Survey of the soon to be demolished Singer Tower at 149 Broadway. 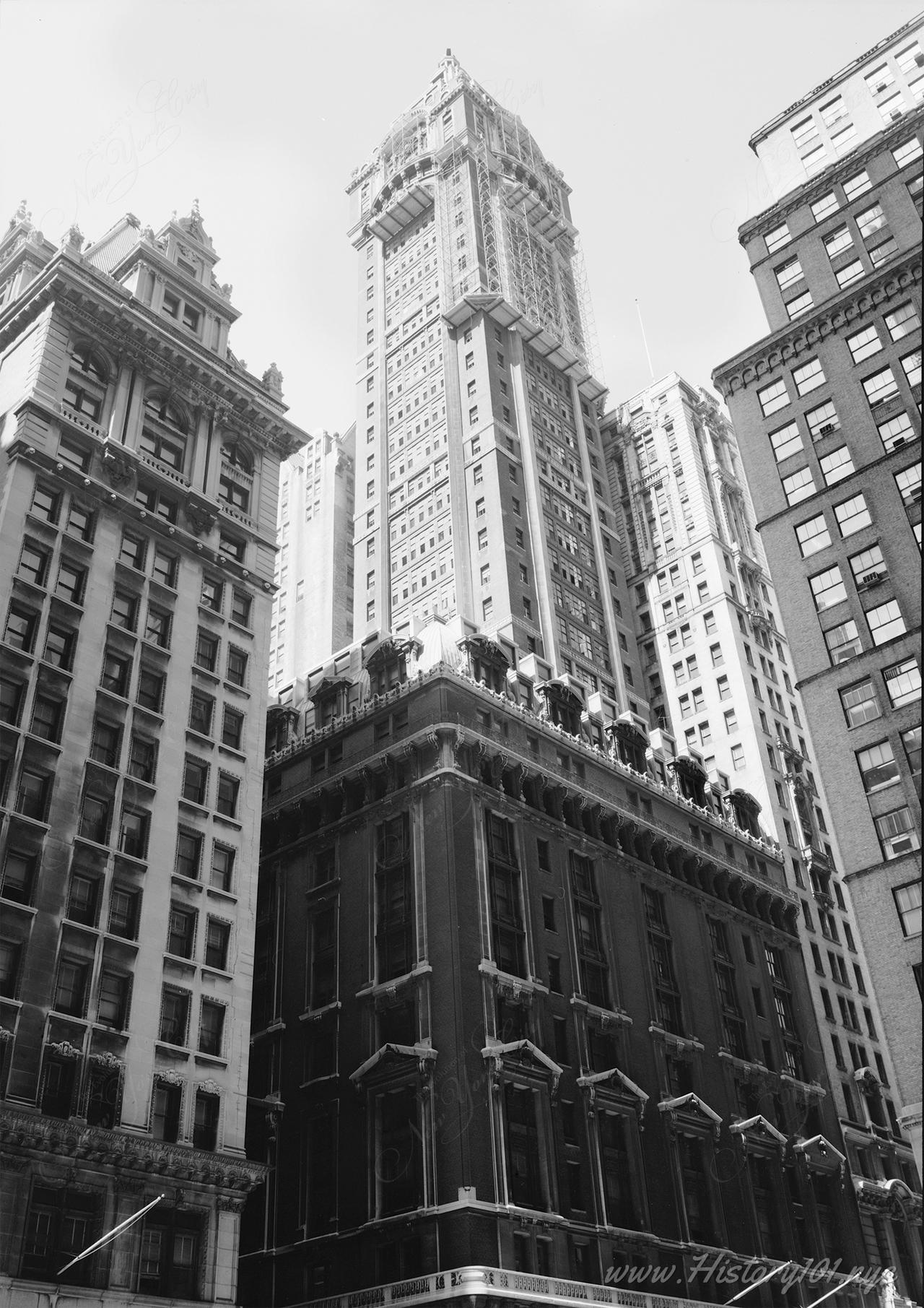 Photograph taken from Broadway, looking up towards the Singer Building. 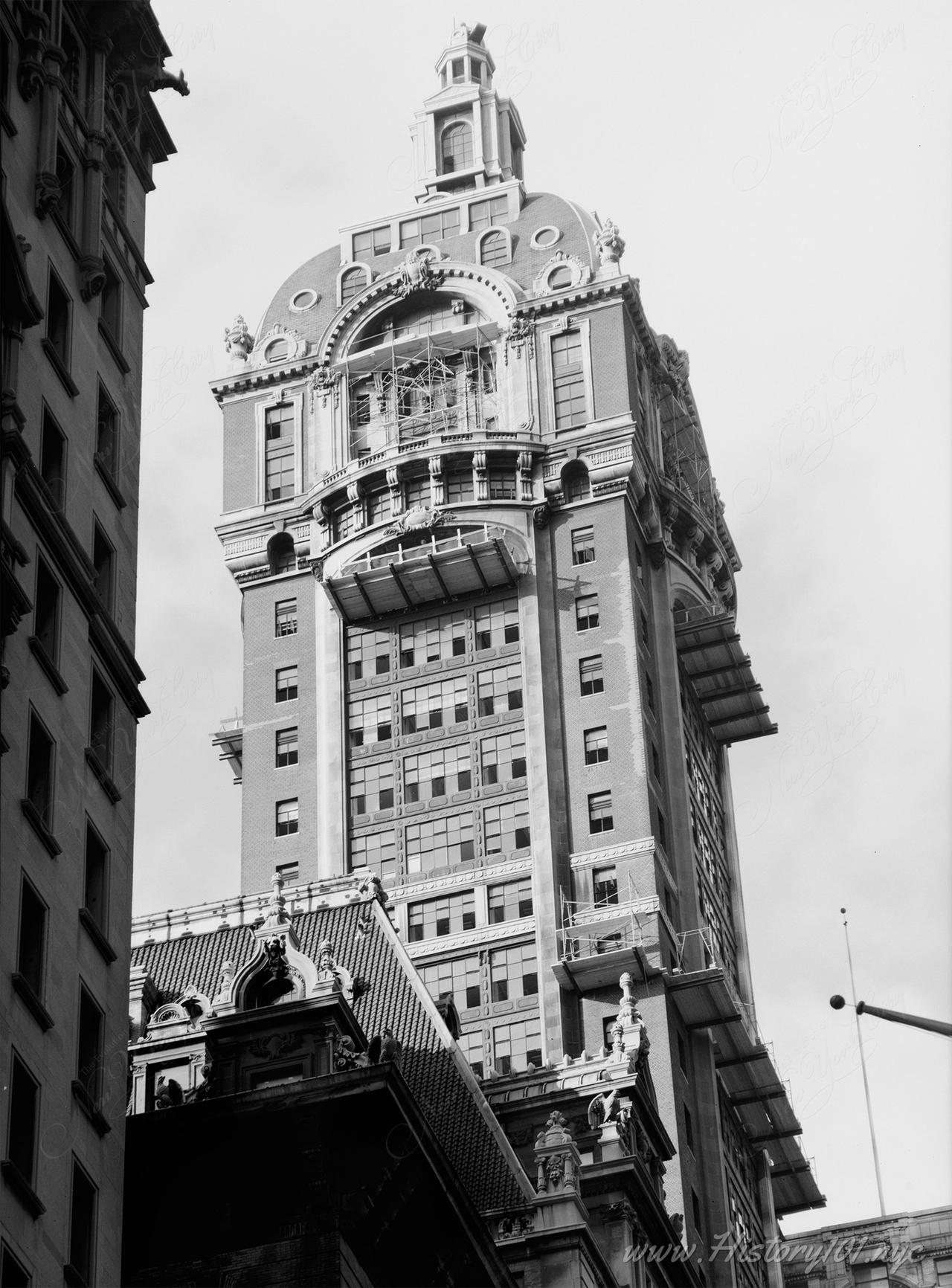 Photograph of the Singer Tower close up, taken from the west. 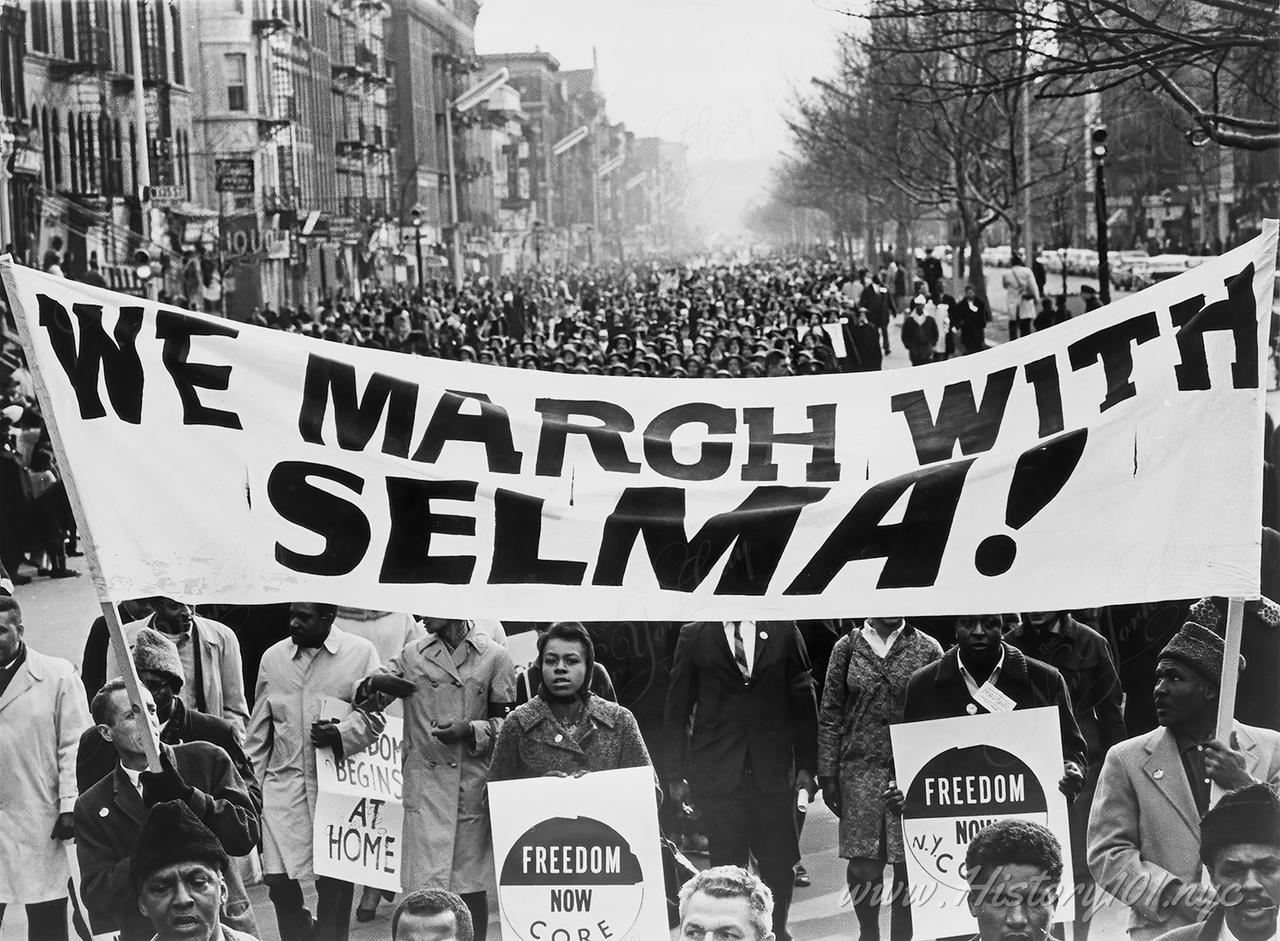 Photograph of marchers carrying banner and leading the way as 15,000 attend a solidarity march in Harlem. 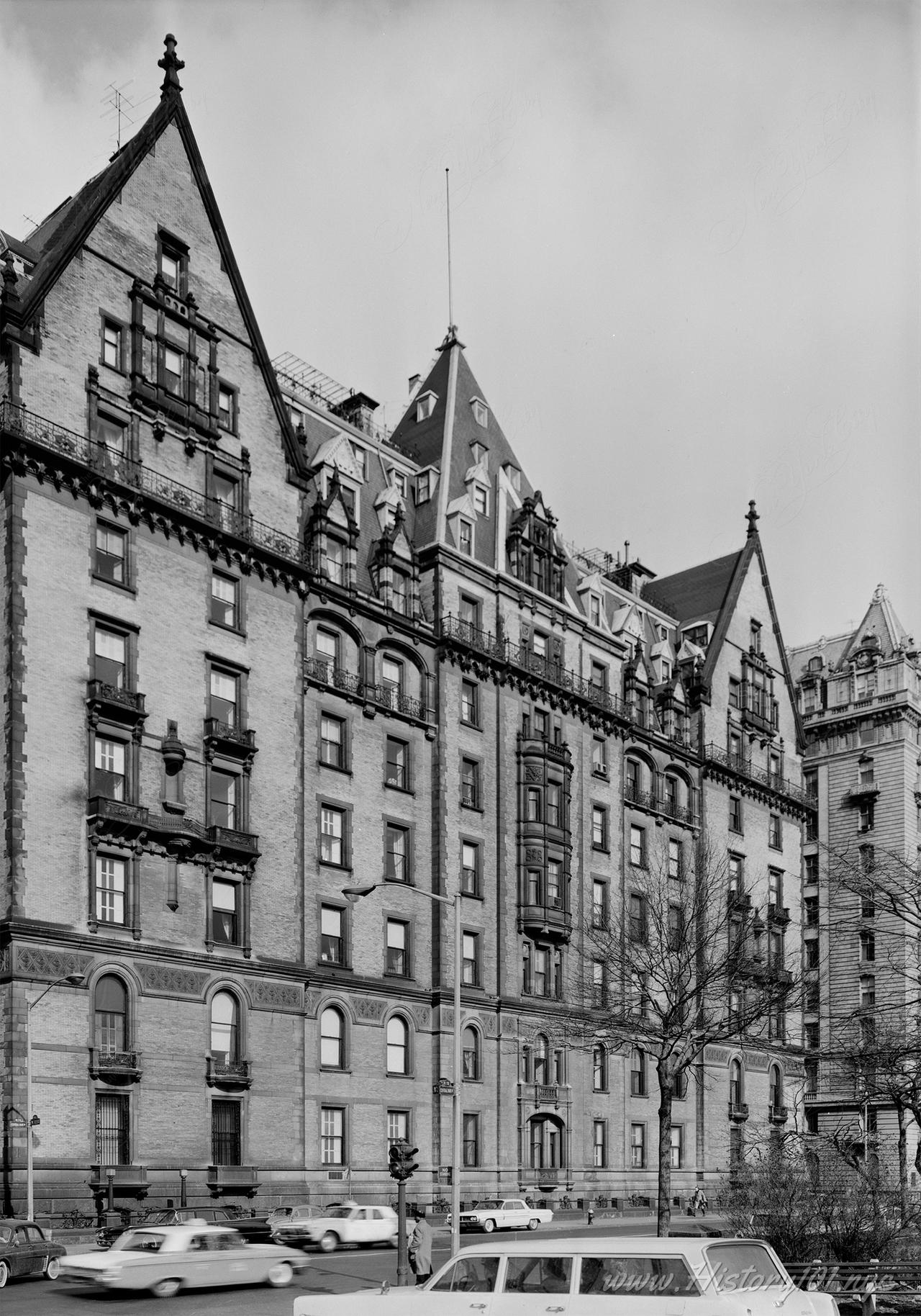 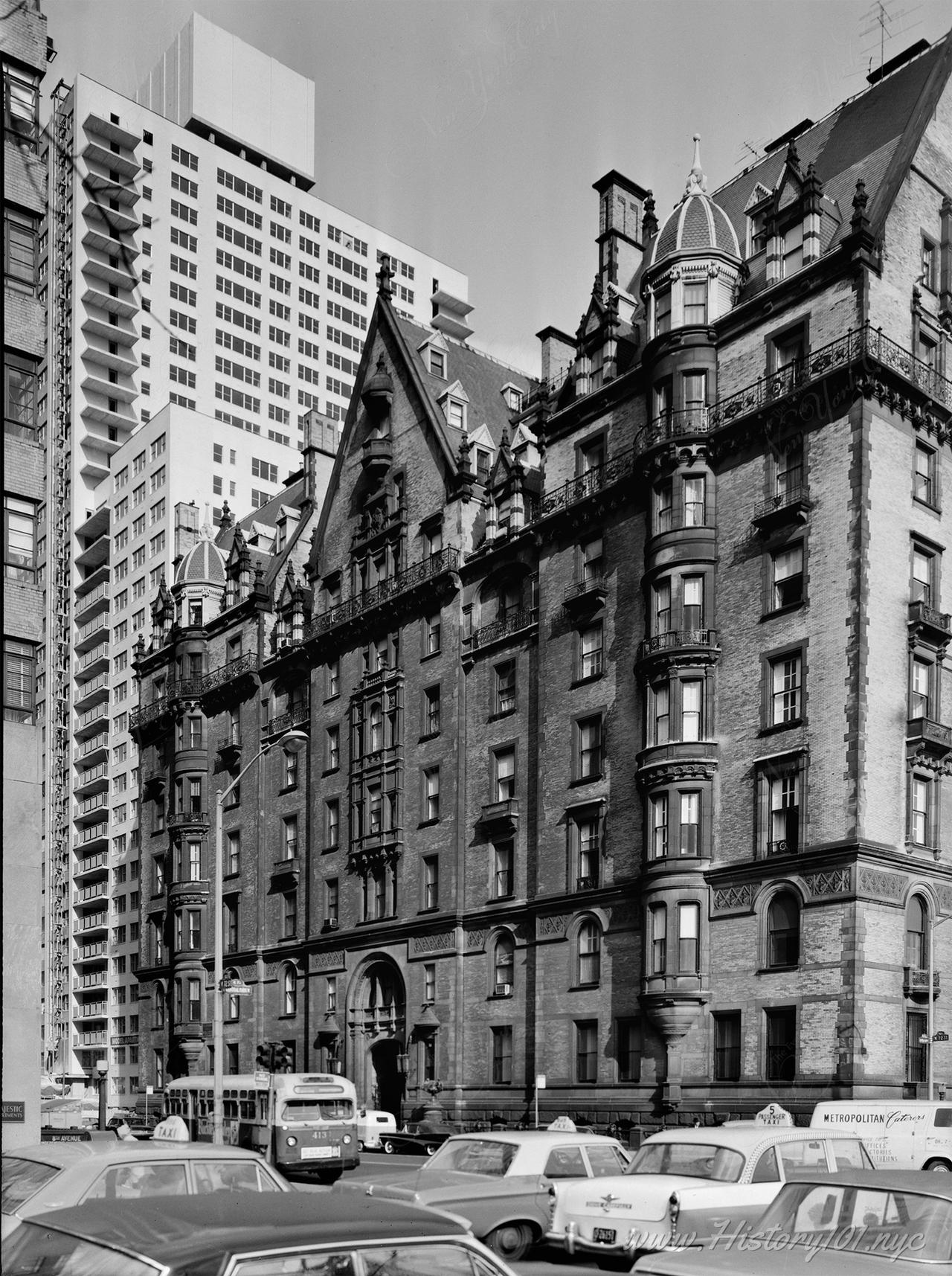 Photograph of the The Dakota Apartments taken from a corner in Central Park West. 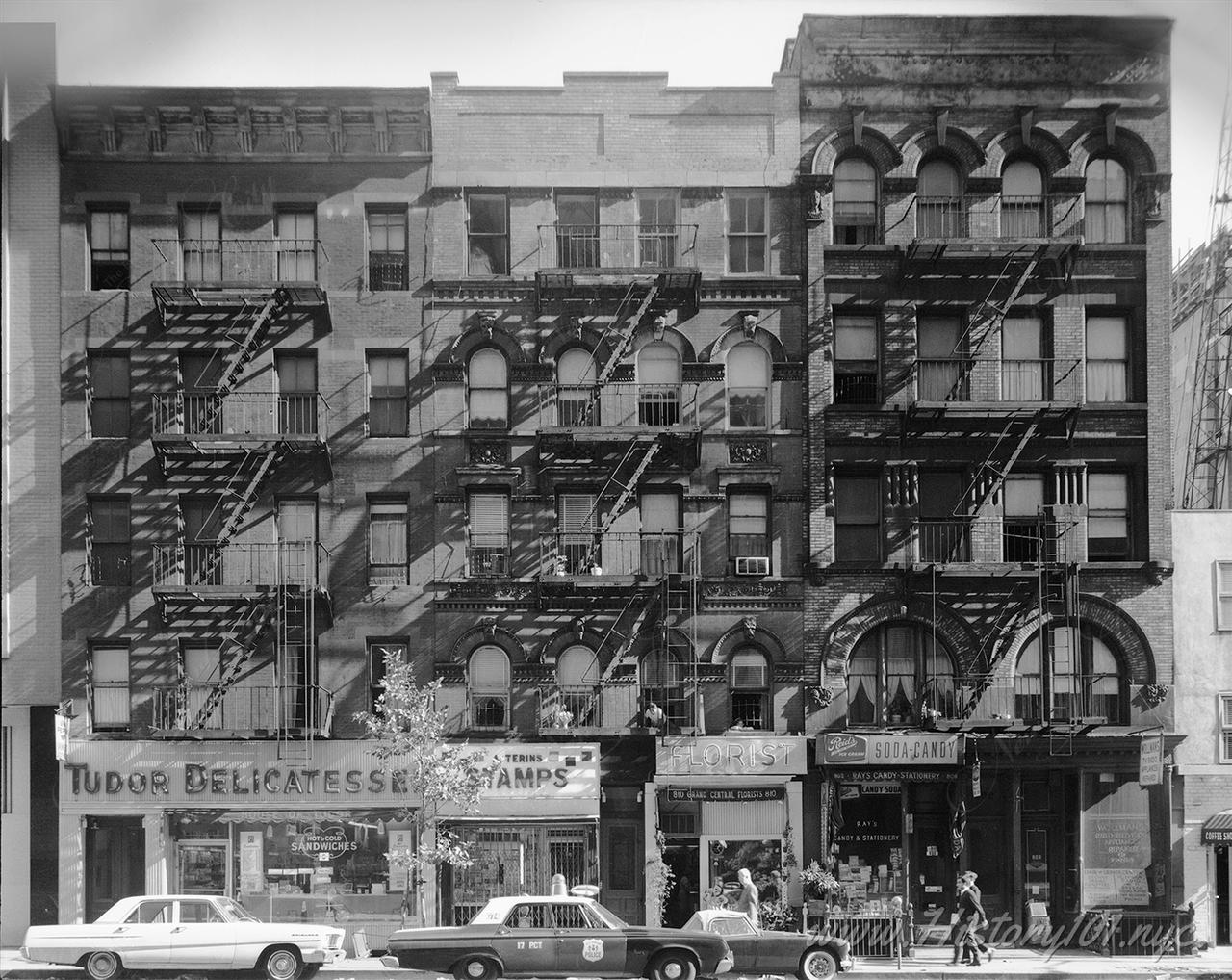 Photograph firectly across the street from buildings and cars parked on Second Avenue. 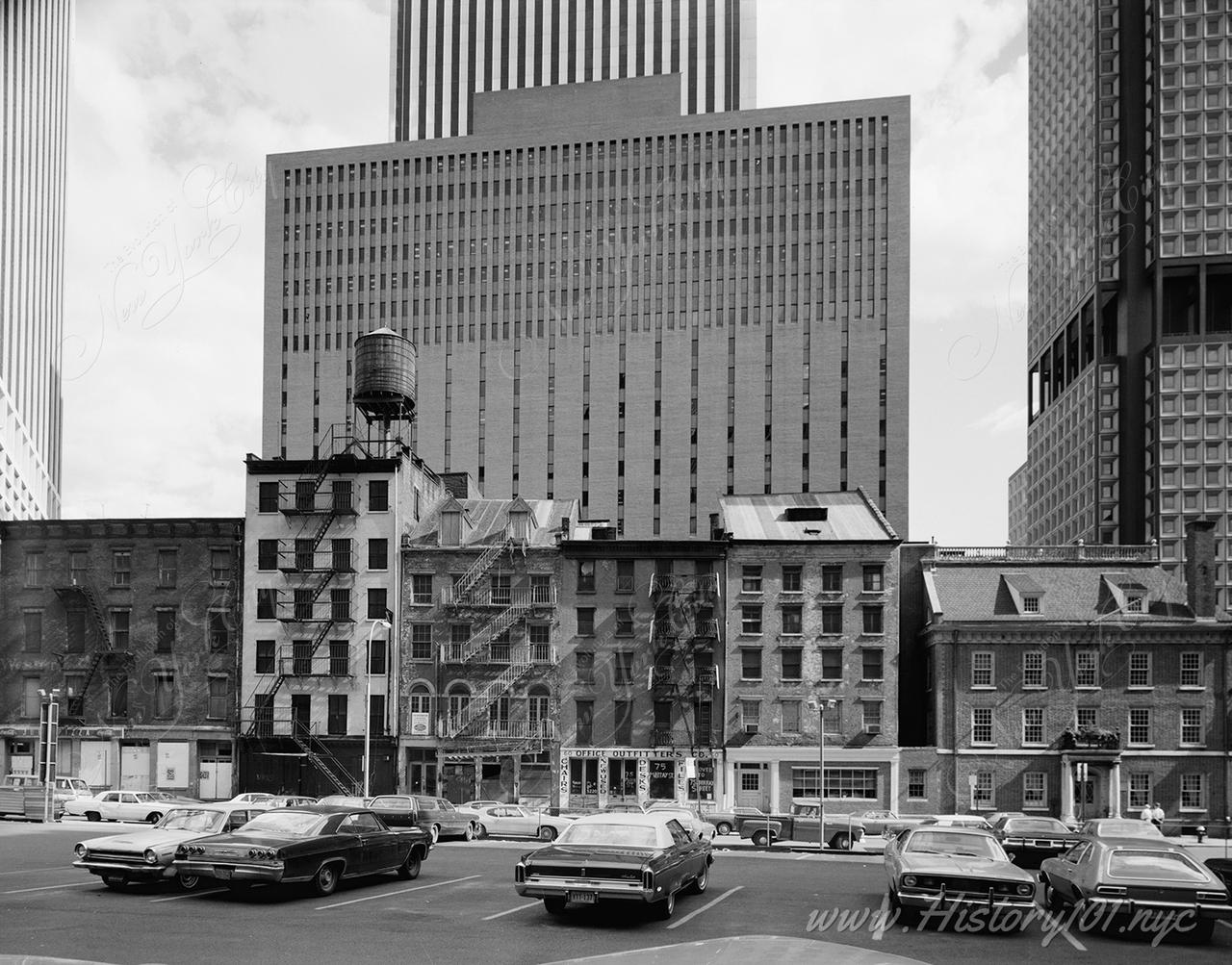 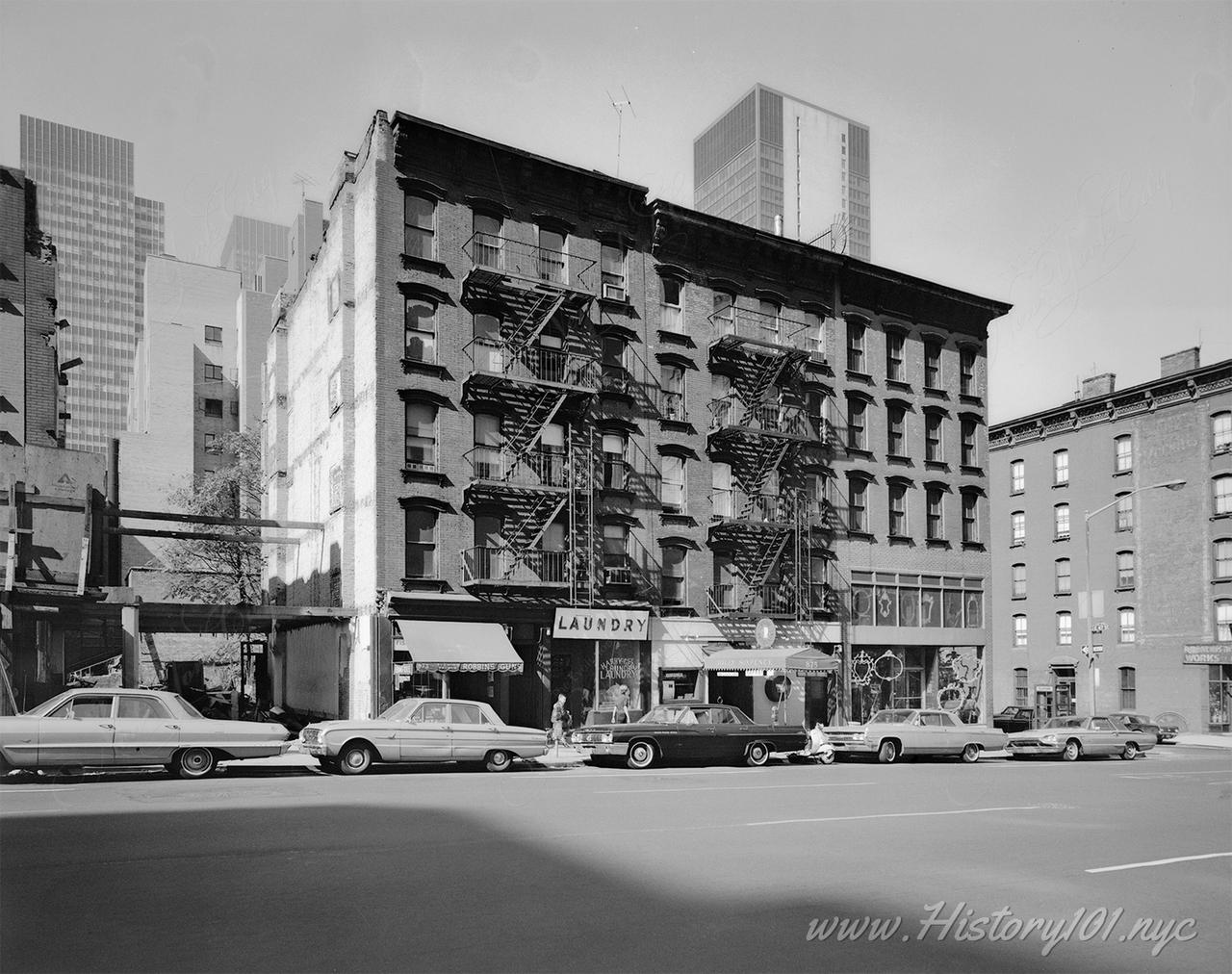 1966: Cars and Buildings on Second Avenue

Photograph of cars and buildings on Second Avenue and East 41st Street.