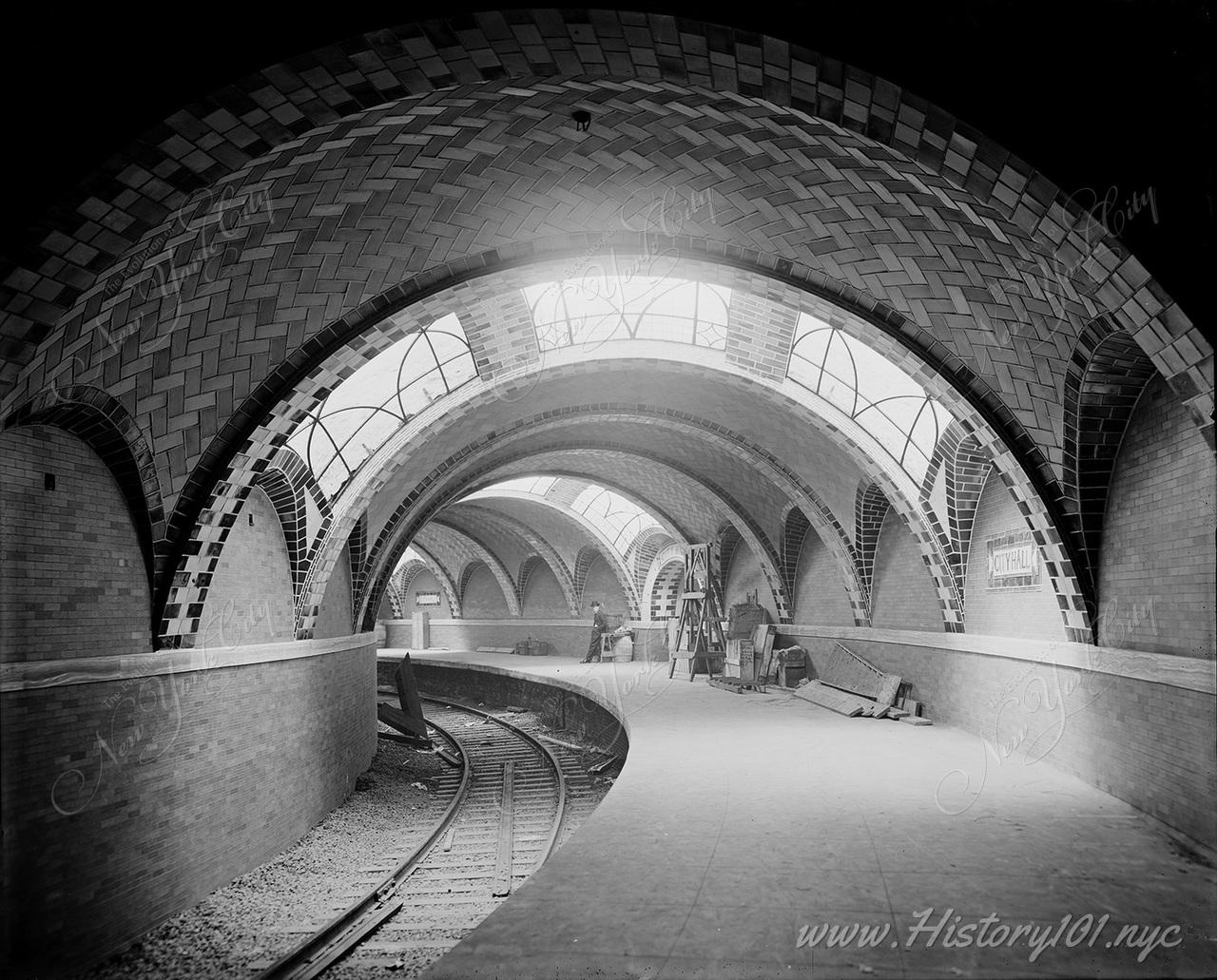 Construction for the subway started on March 24, 1900 in City Hall, also known as The City Hall Loop. On October 27, 1904 at precisely 2:35 pm (only four years of construction for the best train system in the world), the first subway train departed from the City Hall station with Mayor George B. McClellan at the controls (he was having so much fun, the Mayor drove the train all the way to 103rd Street). At 7:00 pm that evening, after a series of ceremonial rides and one last safety inspection, the chief engineer gave the signal and the subway was officially opened to the public. There was a total of 28 original stations which started at City Hall and went up to 145th Street.