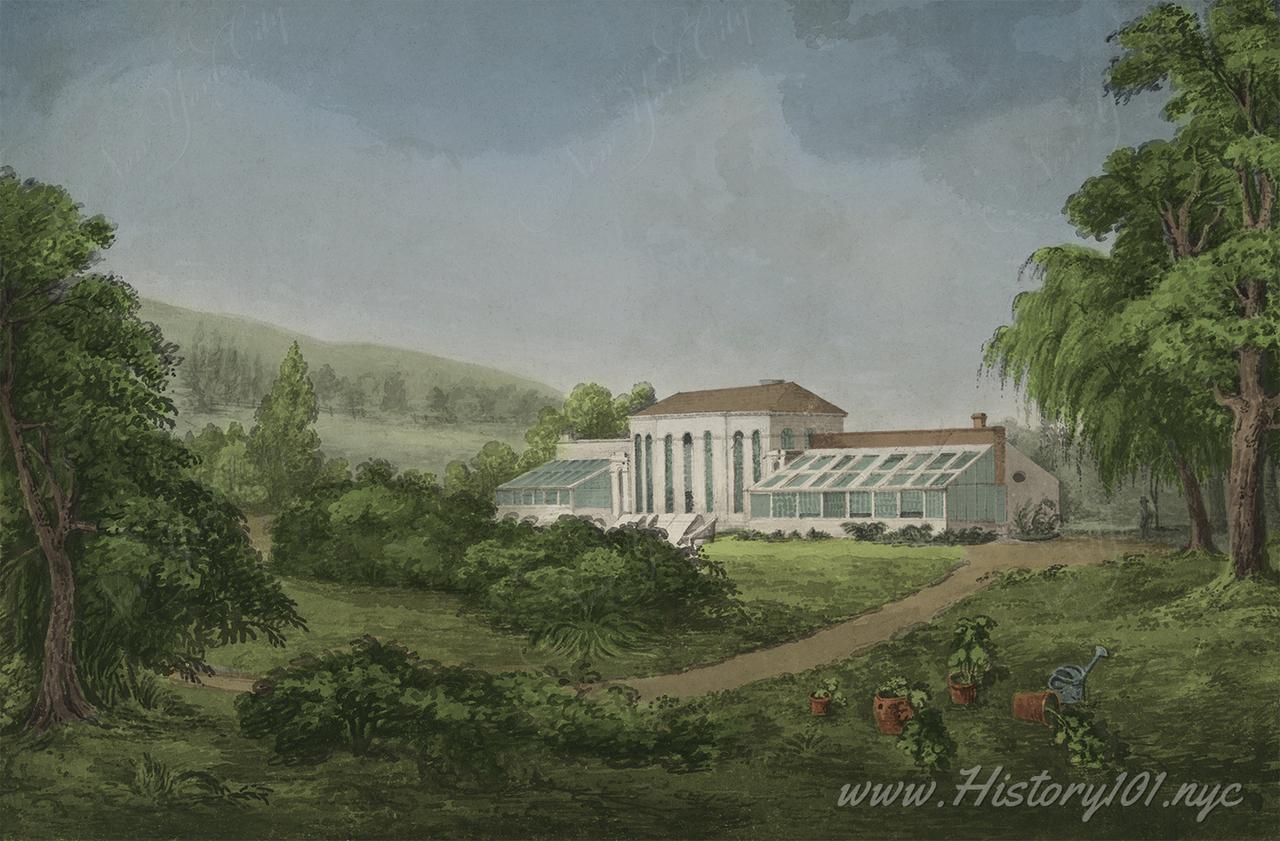 The Elgin Botanic Garden was the first public botanical garden in the United States, established in 1801 by New York physician David Hosack. By 1810, Hosack was no longer able to fund the garden’s expenses, and sold the land to the State of New York. The property was given to Columbia College in 1814, and the gardens were abandoned. In the 1920s, it became the site of Rockefeller Center.