During this period, the Erie Canal begins operating – a game changer for the City and its place as a nexus of trade and economics. The New York Stock & Exchange Board is established and City Hall is built, along with the Staten Island Ferry, Madison Square Park and Fulton Fish Market. 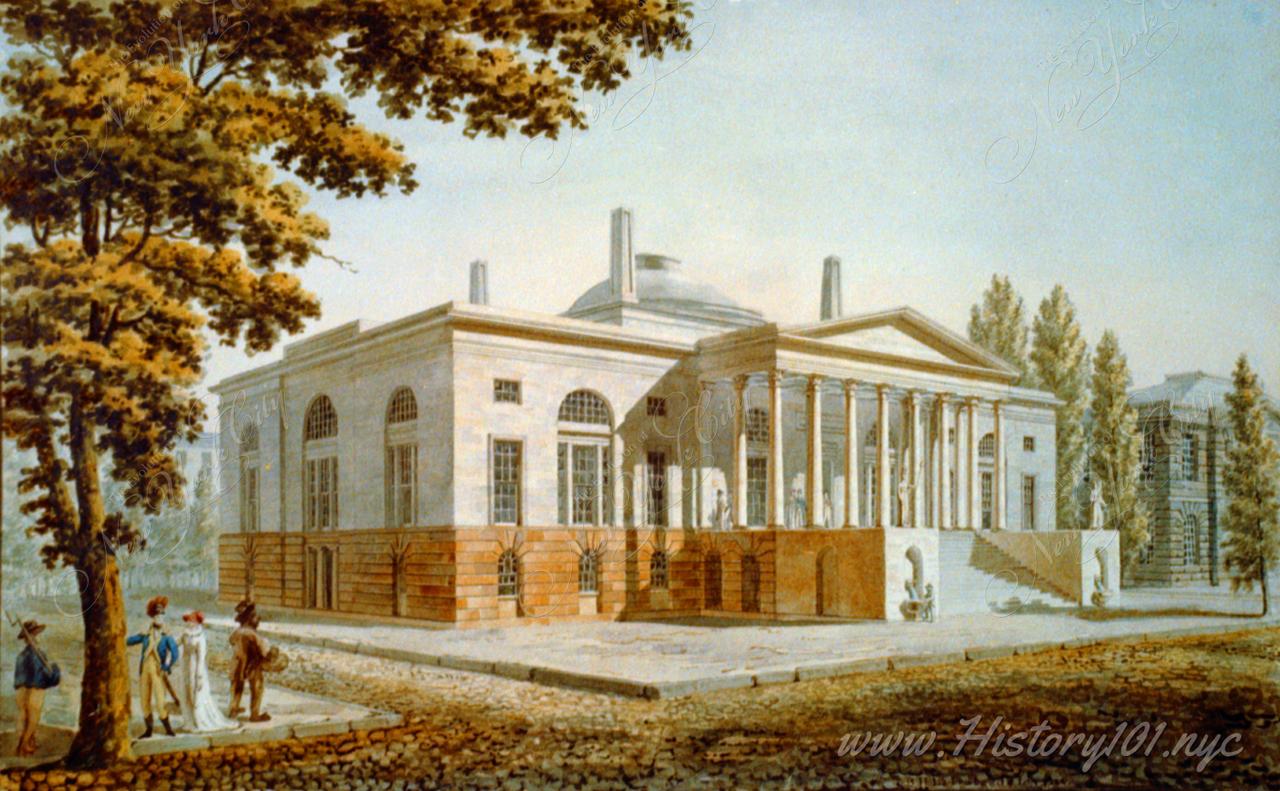 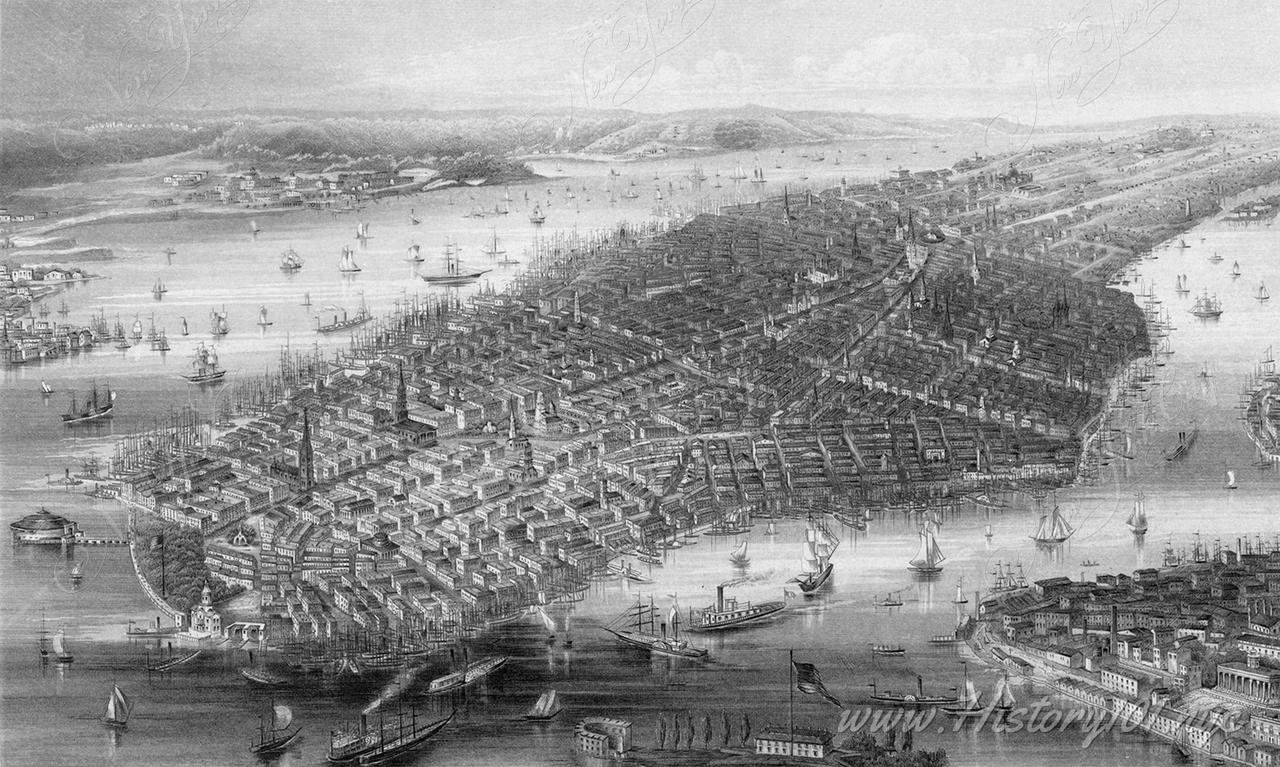 A bird's eye view of downtown Manhattan and New York Harbor with plenty of ships. 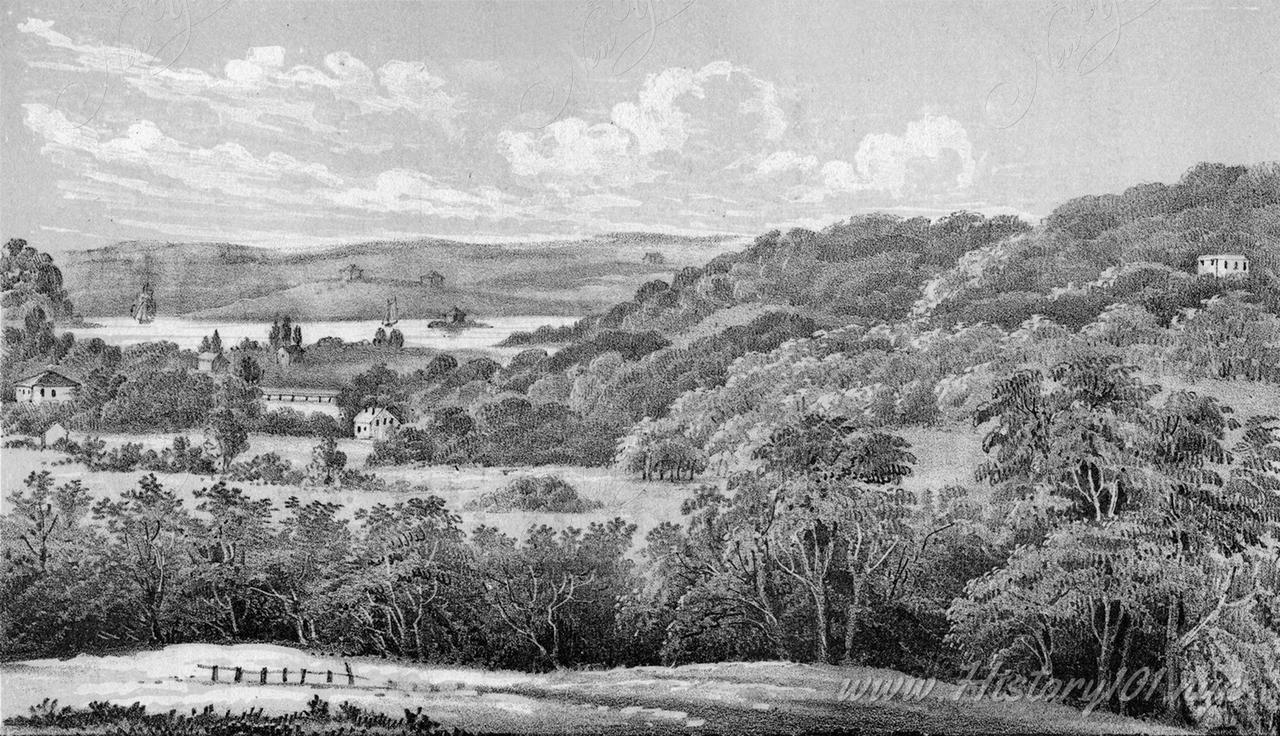 An illustration of the Harlem Plains in 1812 when it was a rural settlement. 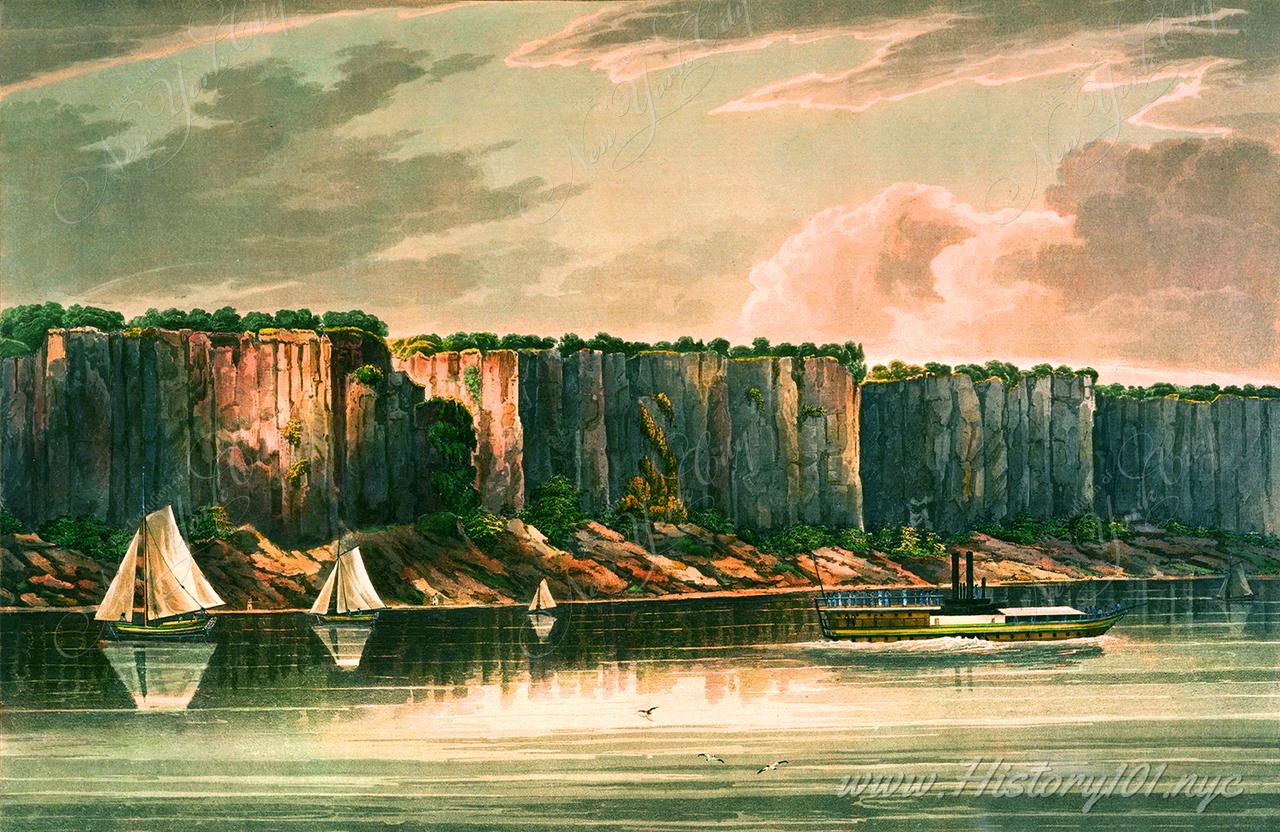 A painting of the Palisades - a line of steep cliffs along the west side of the lower Hudson River in Northeastern New Jersey and Southeastern New York. 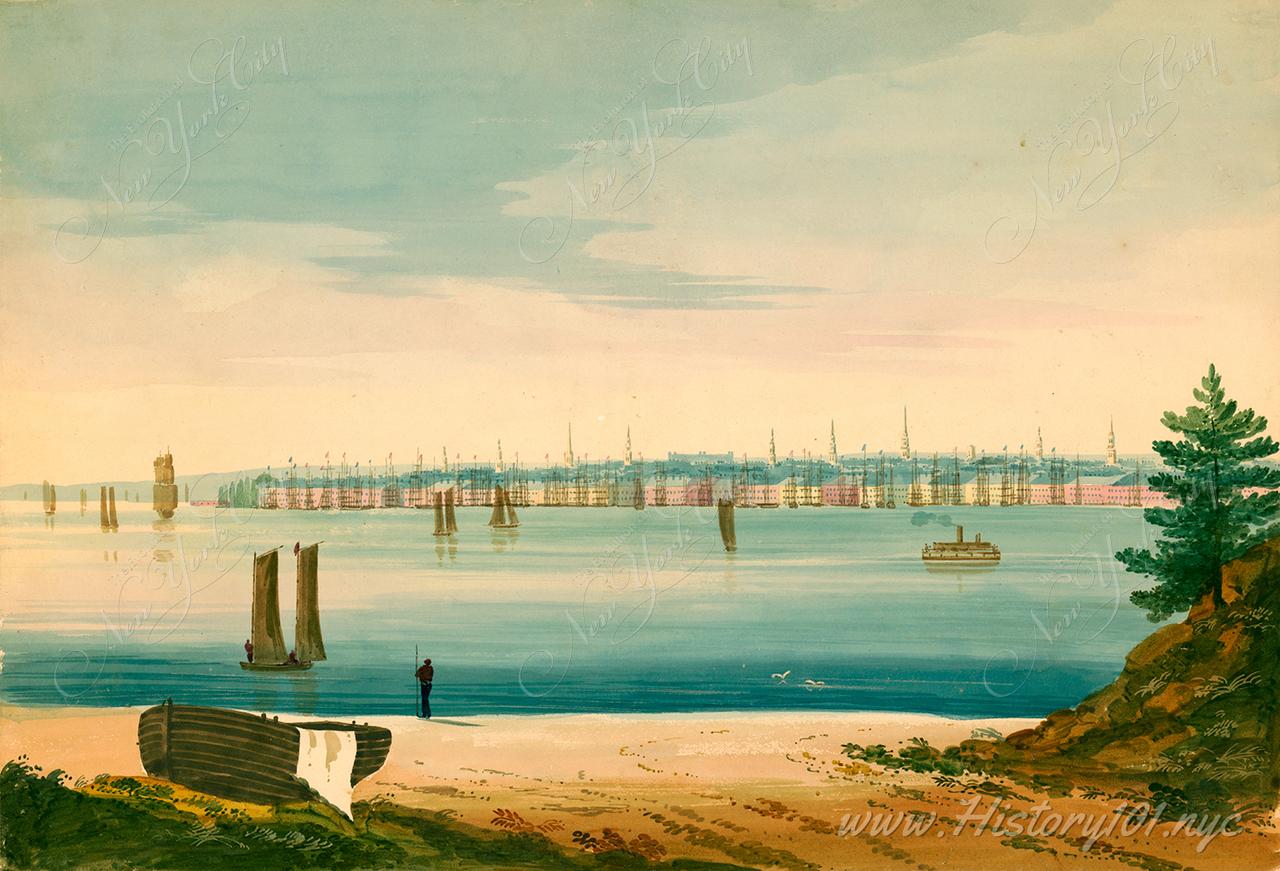 Drawing shows lower Manhattan across the East River with sailboats, sailing ship, and steamship in the river. 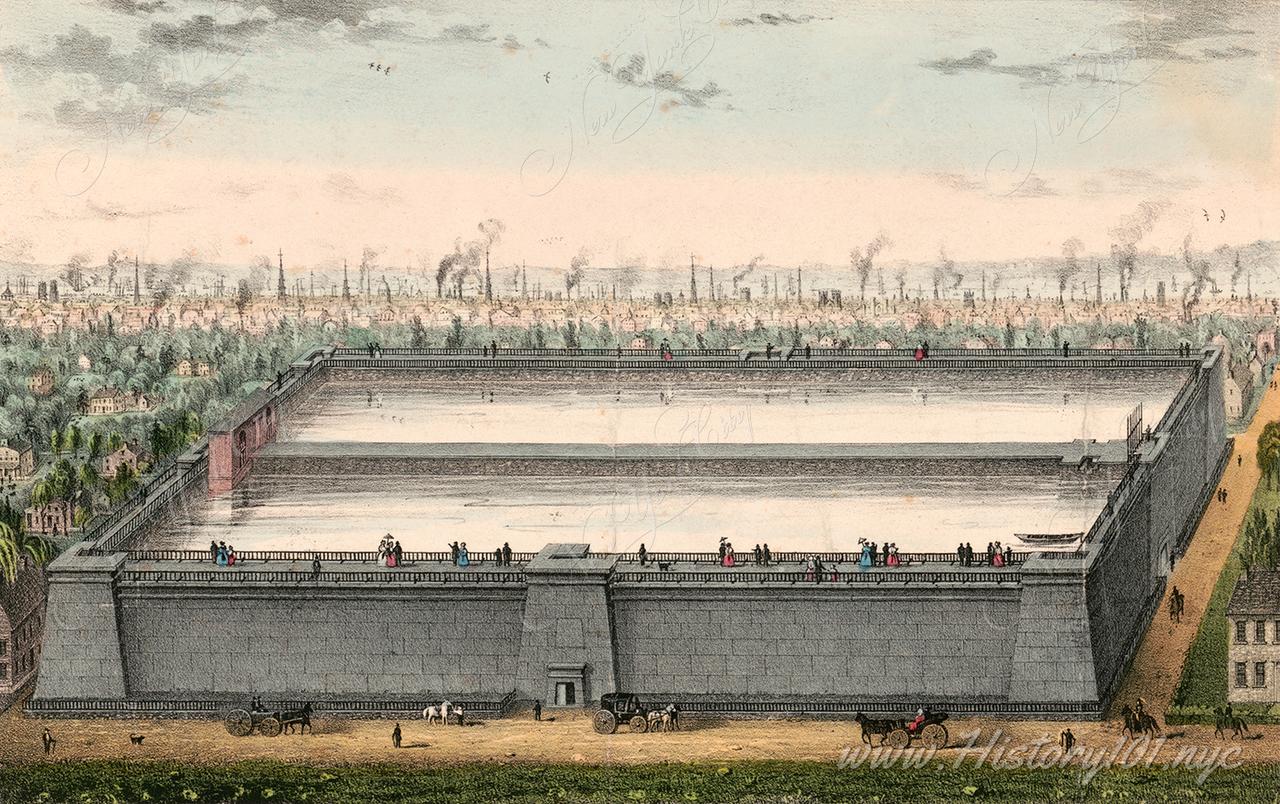 View of the Murrays Hill Reservoir - the terminal, or distributing, reservoir of the original Croton Aqueduct. 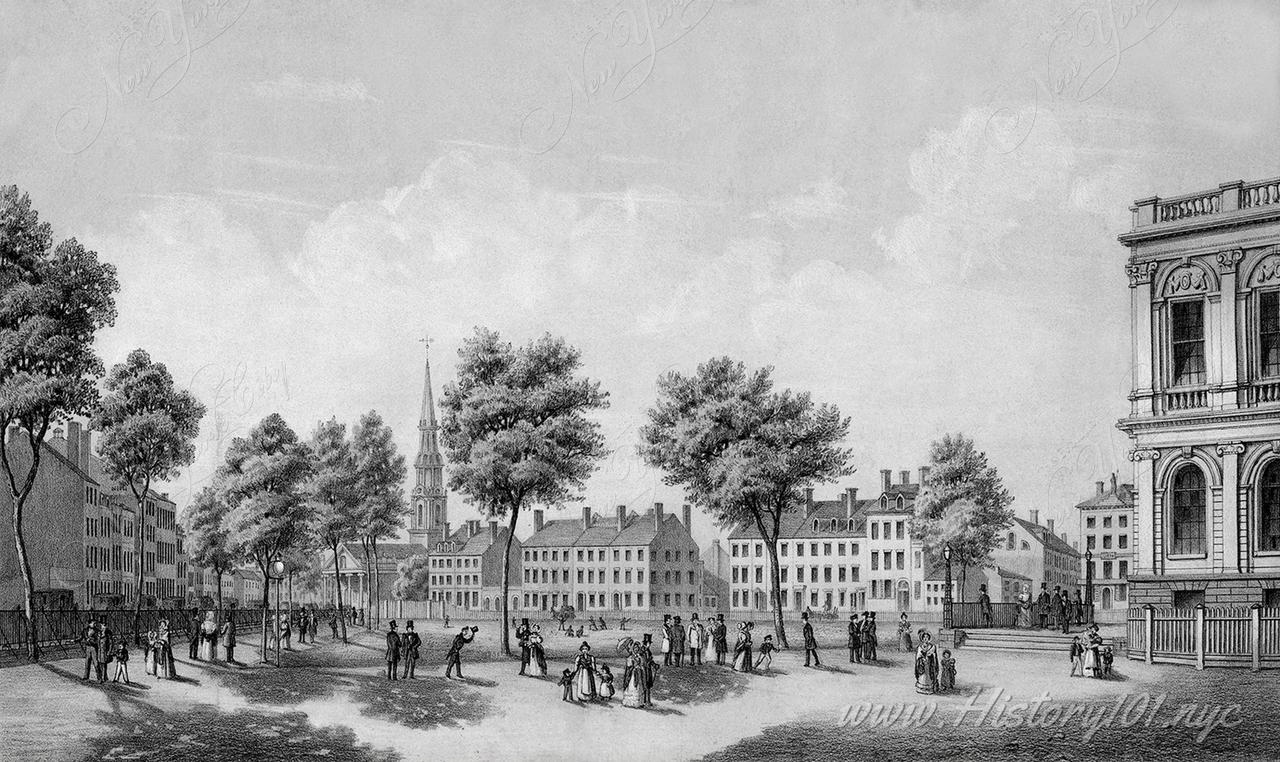 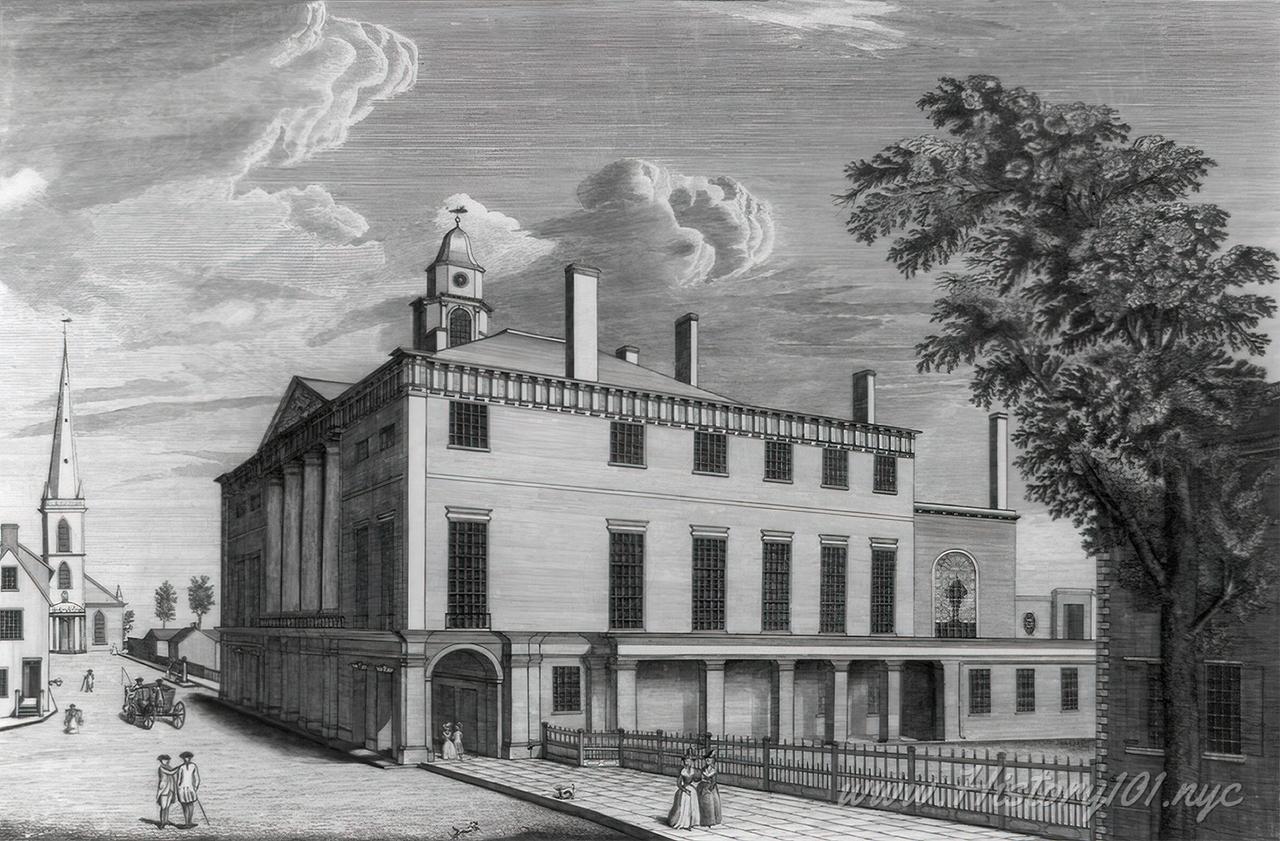 An engraved perspective of City Hall in New York taken from Wall Street. 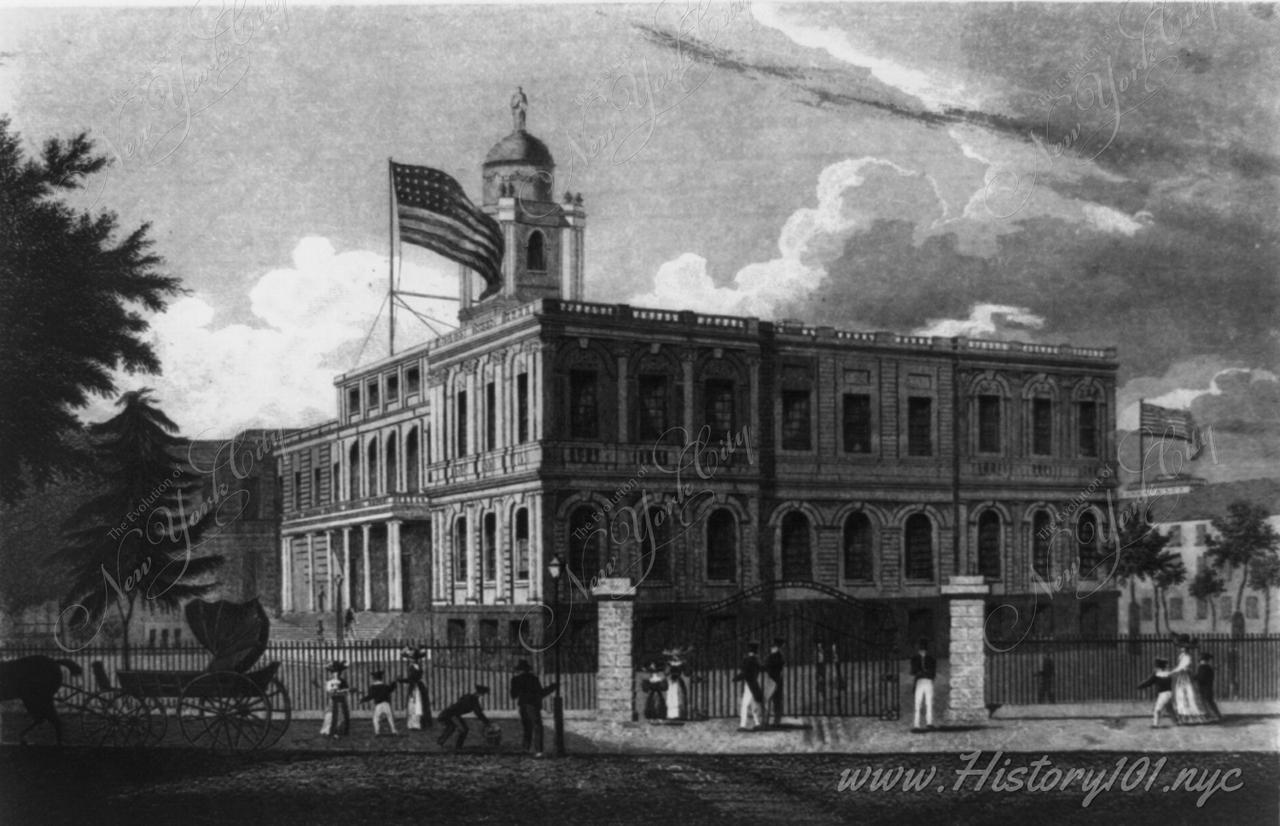 Black and white illustration of City Hall in New York. 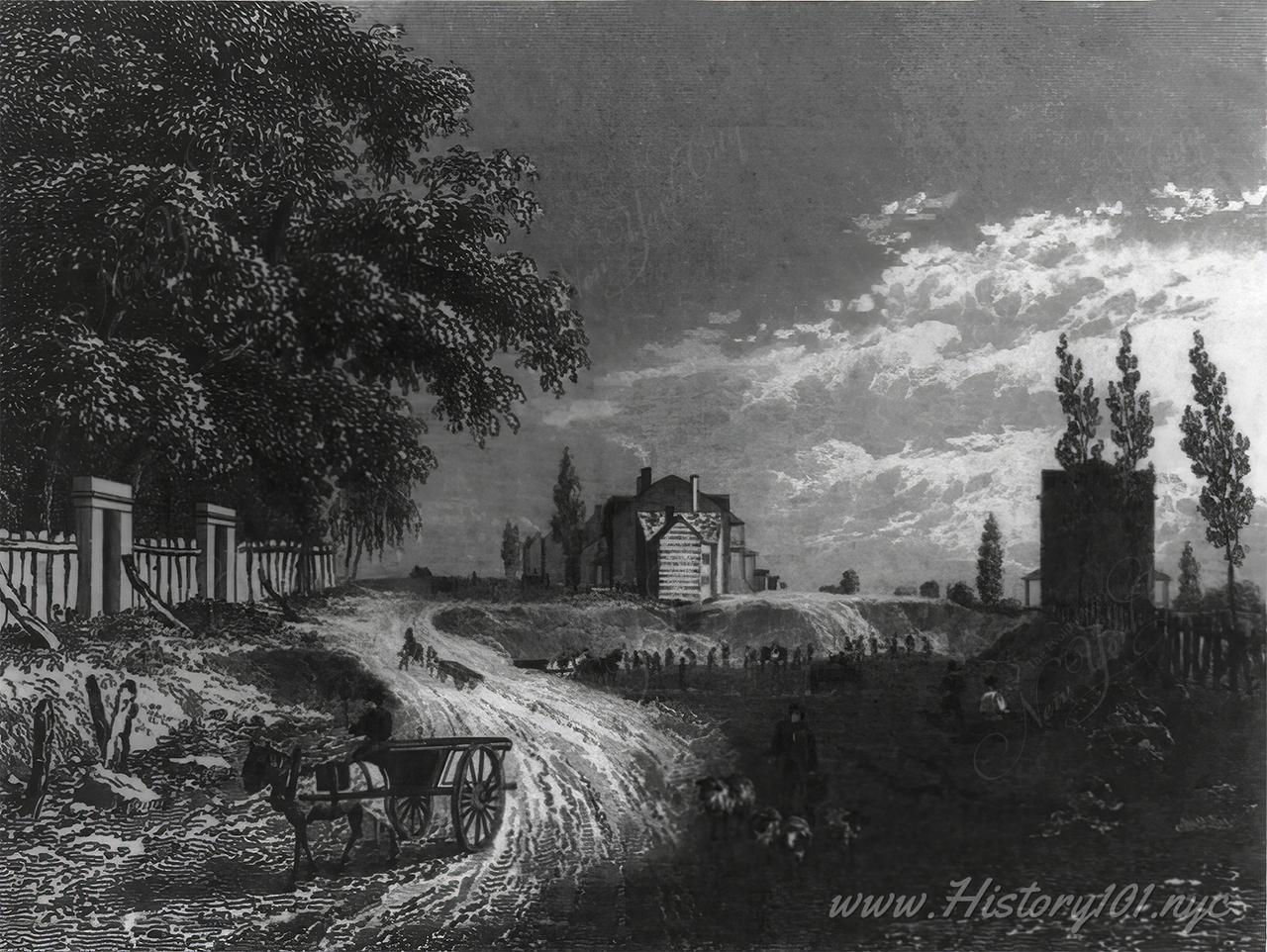 Engraved illustration depicting the corner of Broadway & the Bowery in downtown Manhattan. 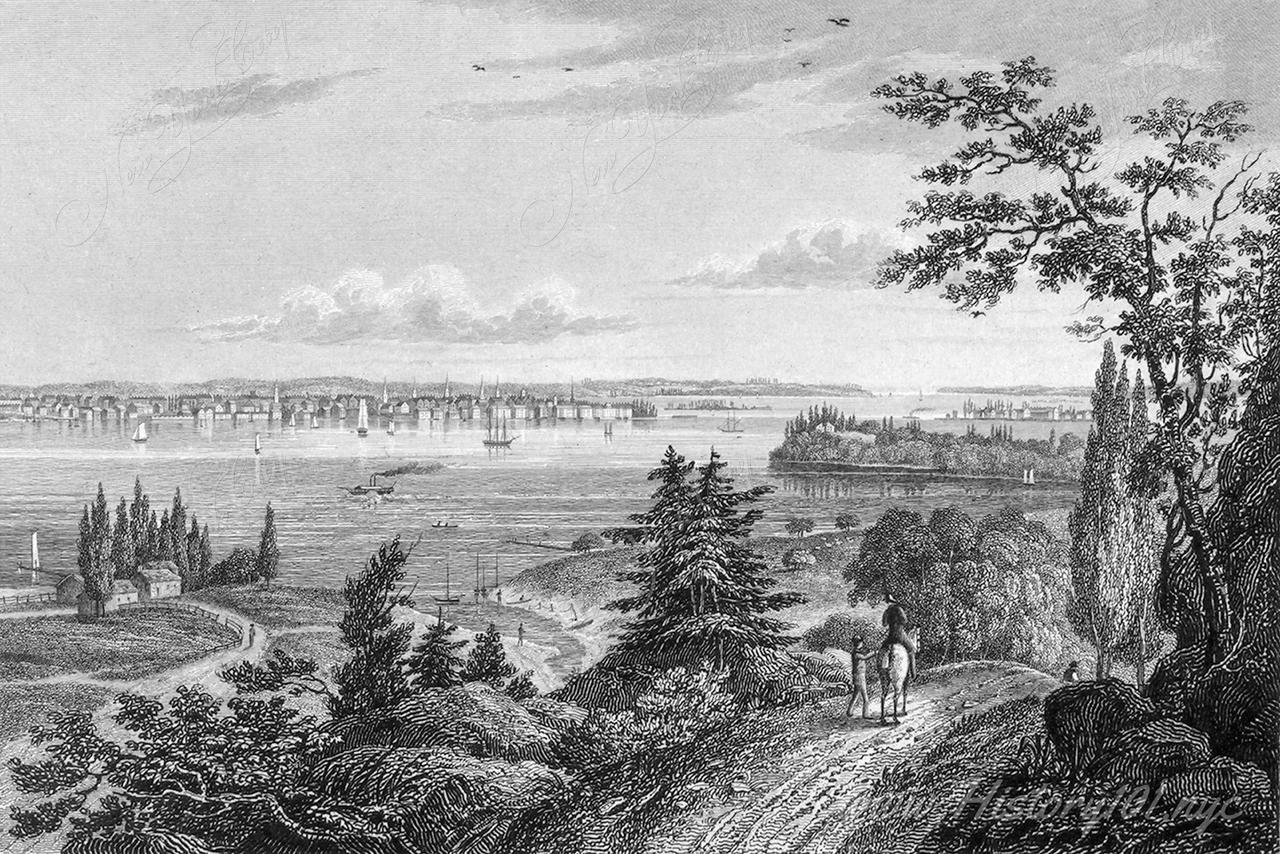 Panoramic illustration of Manhattan's skyline, taken from the perspective of Weehawken, New Jersey. 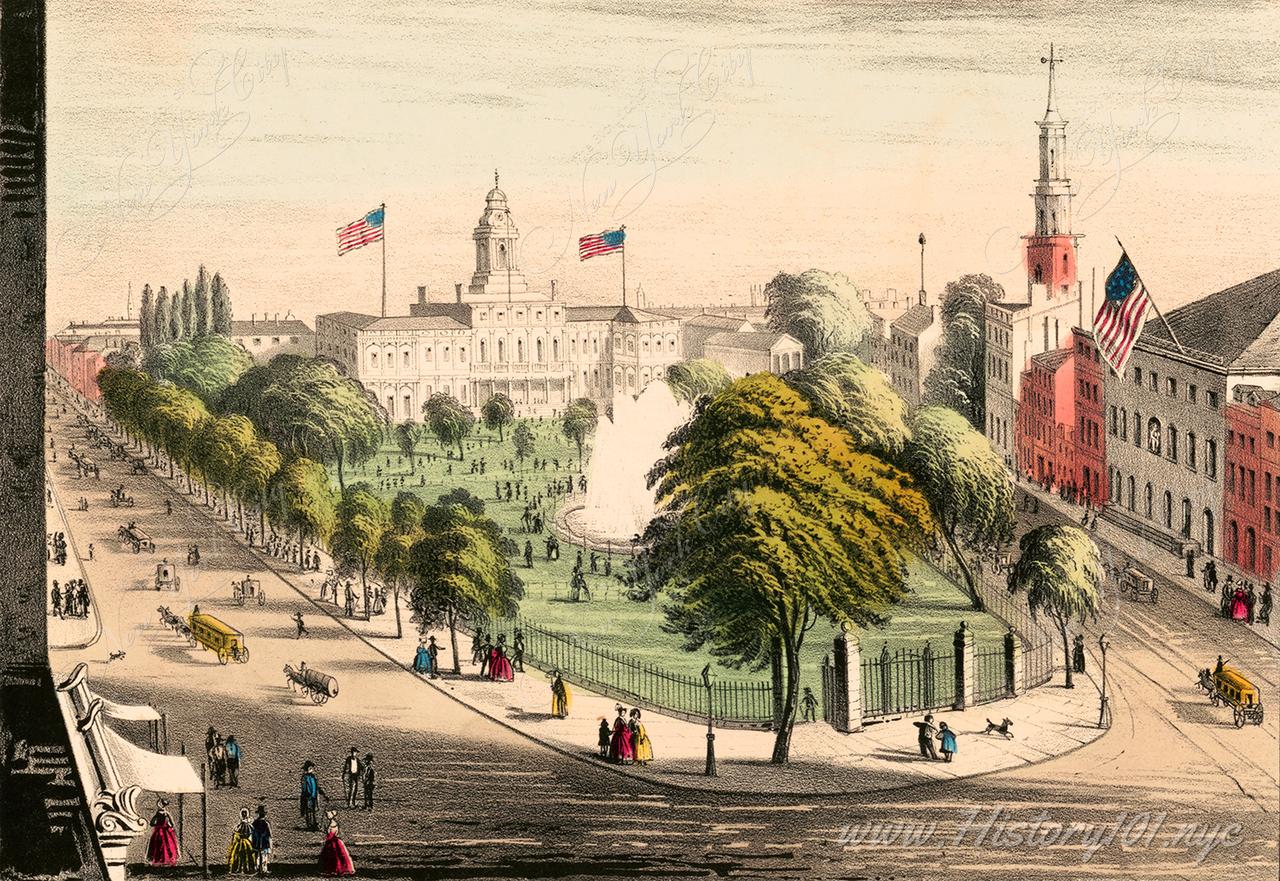 An illustrated view of City Hall and the park fountain. 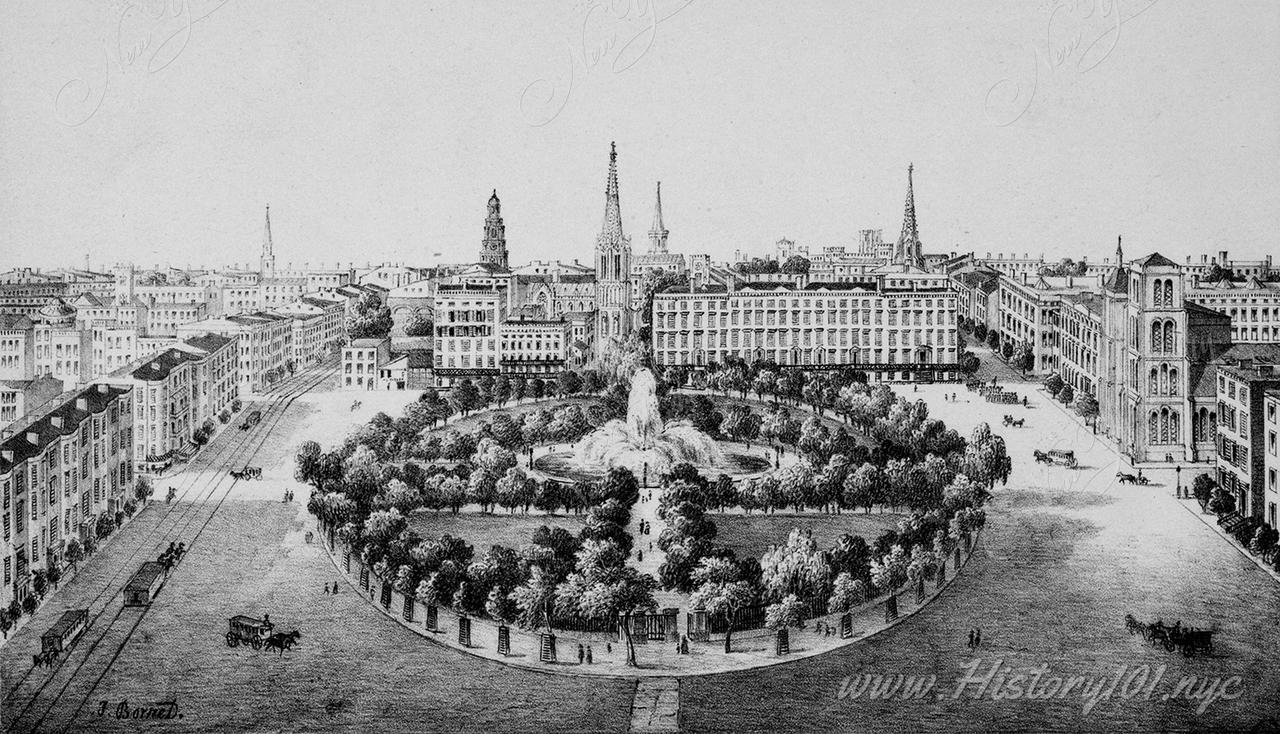 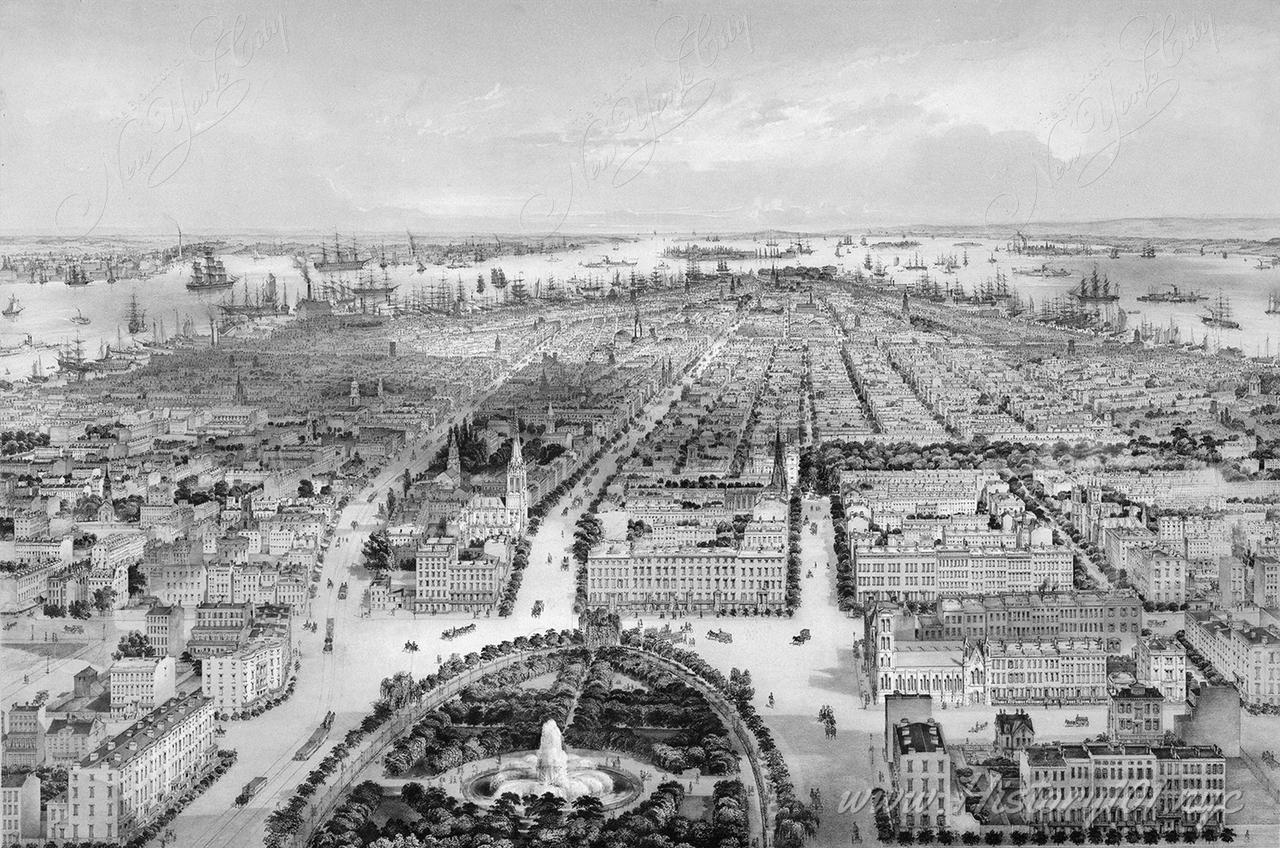 Black and white etching of Manhattan looking south from a bird's eye perspective. Union Square Park is visible in the foreground. 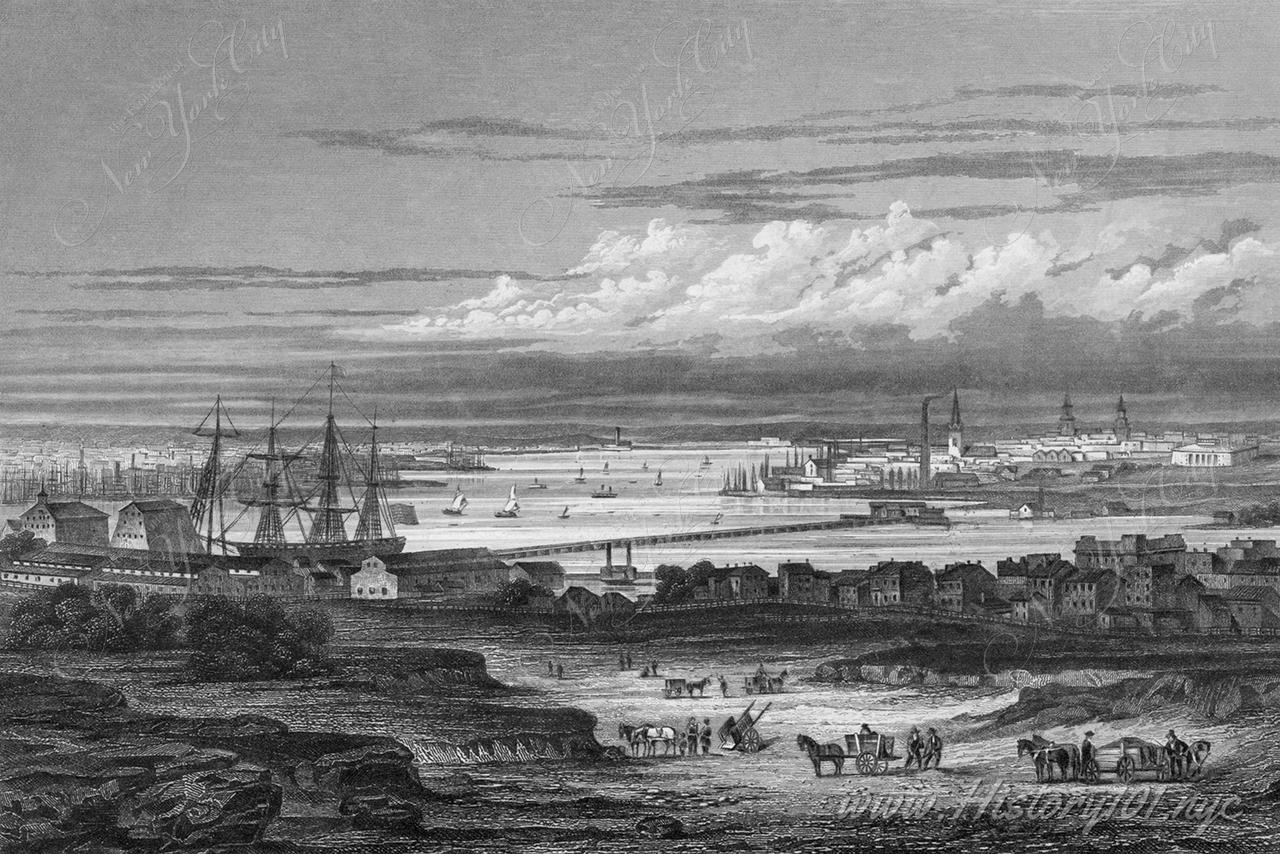 An illustrated perspective of Brooklyn, Manhattan and the Hudson River from the Navy Yard.