The City’s magnetic personality continues to attract a growing and culturally diverse population. Travelers, migrants and fugitives would be drawn to its shores from across the globe to take their shot at the American Dream. During this time the transit system would grow exponentially. Two of the city’s largest hubs, Grand Central Terminal and Pennsylvania Station, were already beginning to take shape – their construction representing the ambition of the city itself and connecting the colorful tapestry of people who would define the life and vibe in New York for generations to come.

Click Here to View All 43 Images on One Page 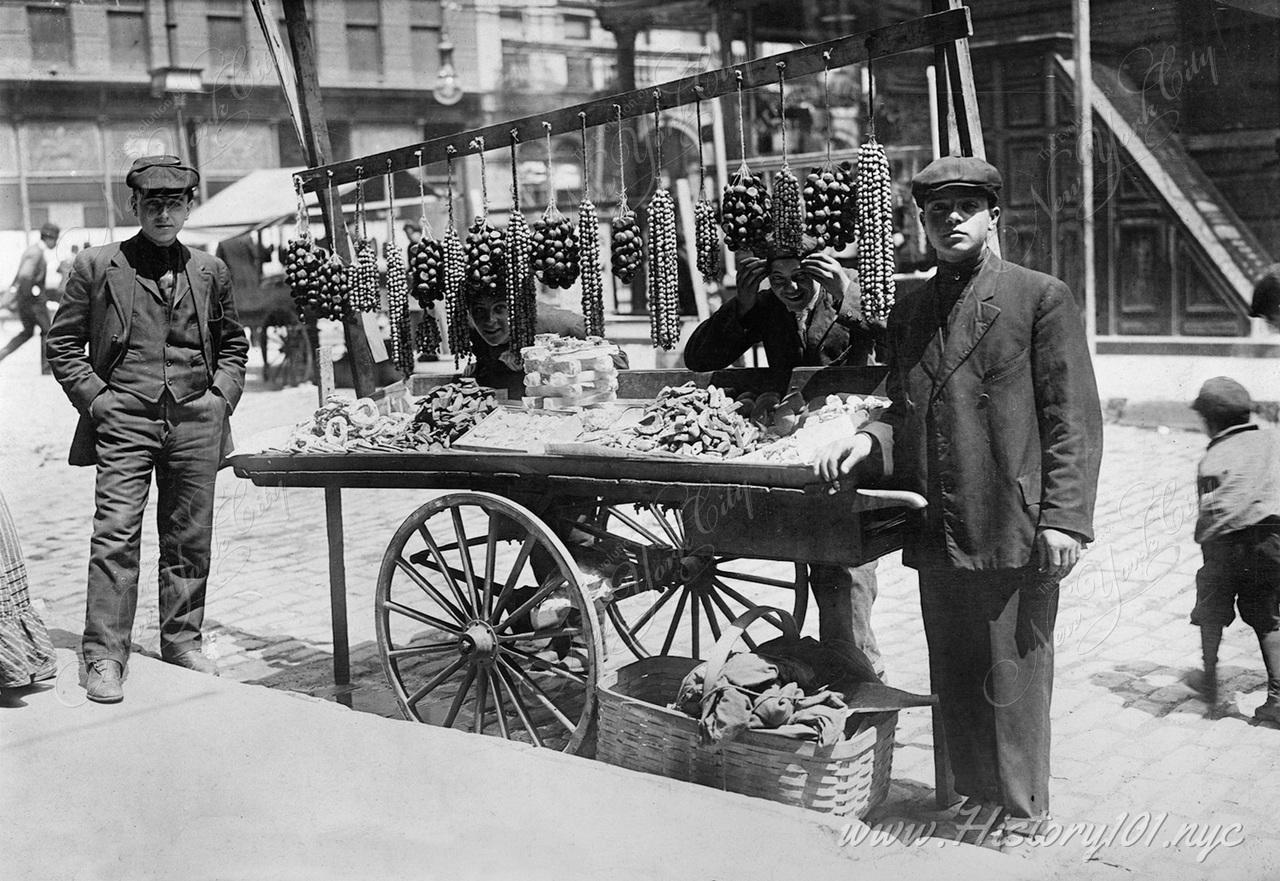 A few of many street vendors selling their goods at the Italian Feast of San Gennaro, which is still celebrated in a similar manner today. 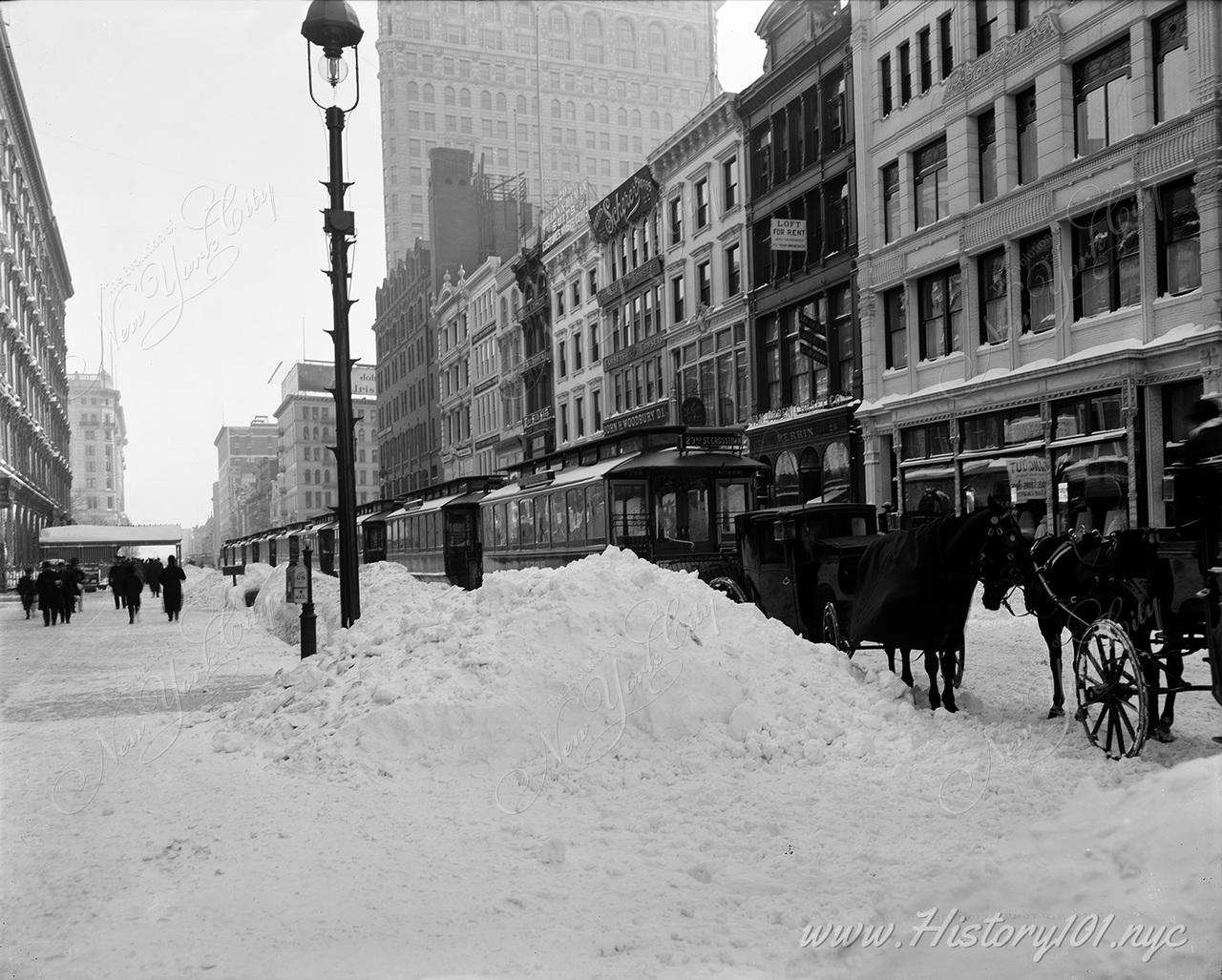 Rows of carriages on 23rd Street are blockaded from the January 24th storm which covered the city in 11" of snow. 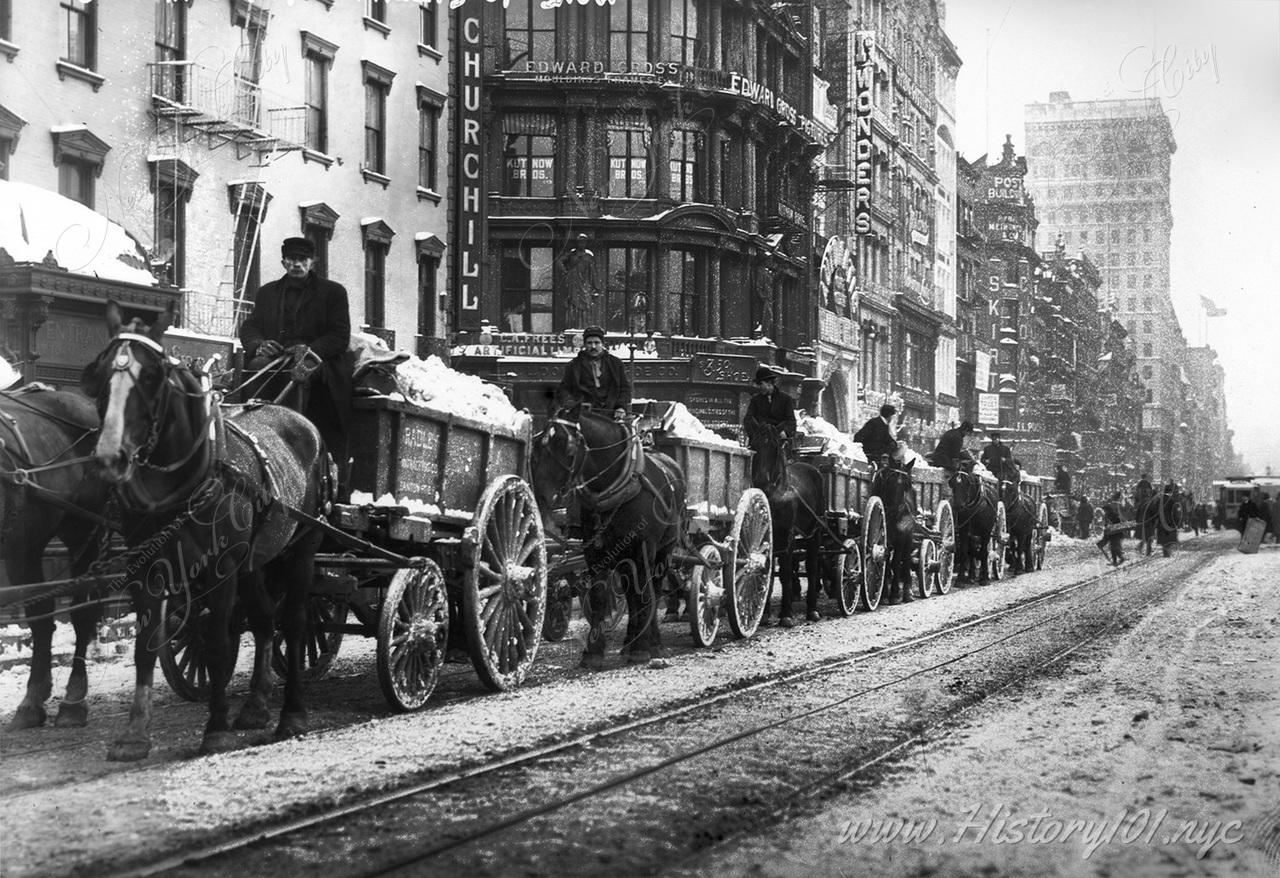 Photograph shows a line of horse-drawn wagons hauling snow after a blizzard in New York City. 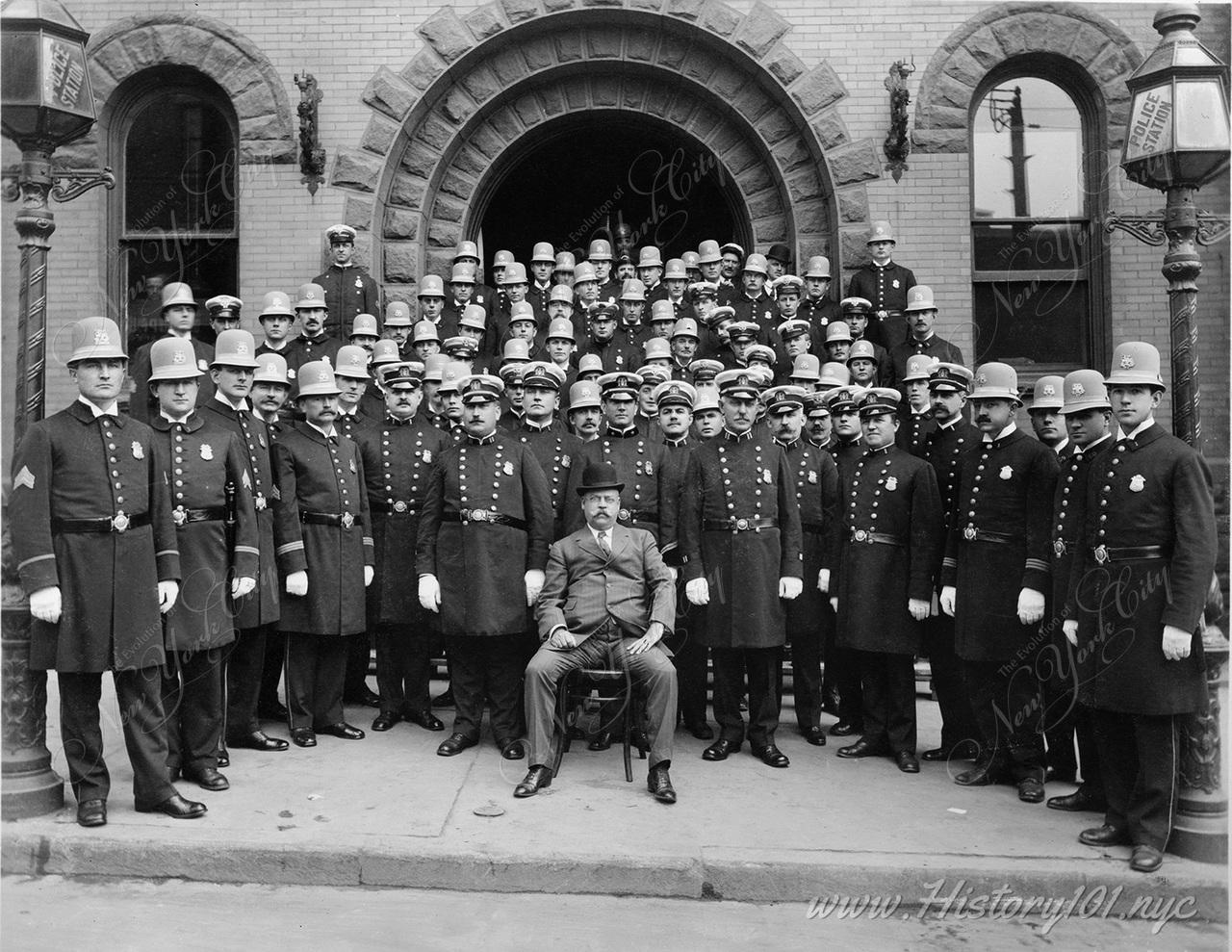 A group of New York City police officers pose together in front of a precinct. 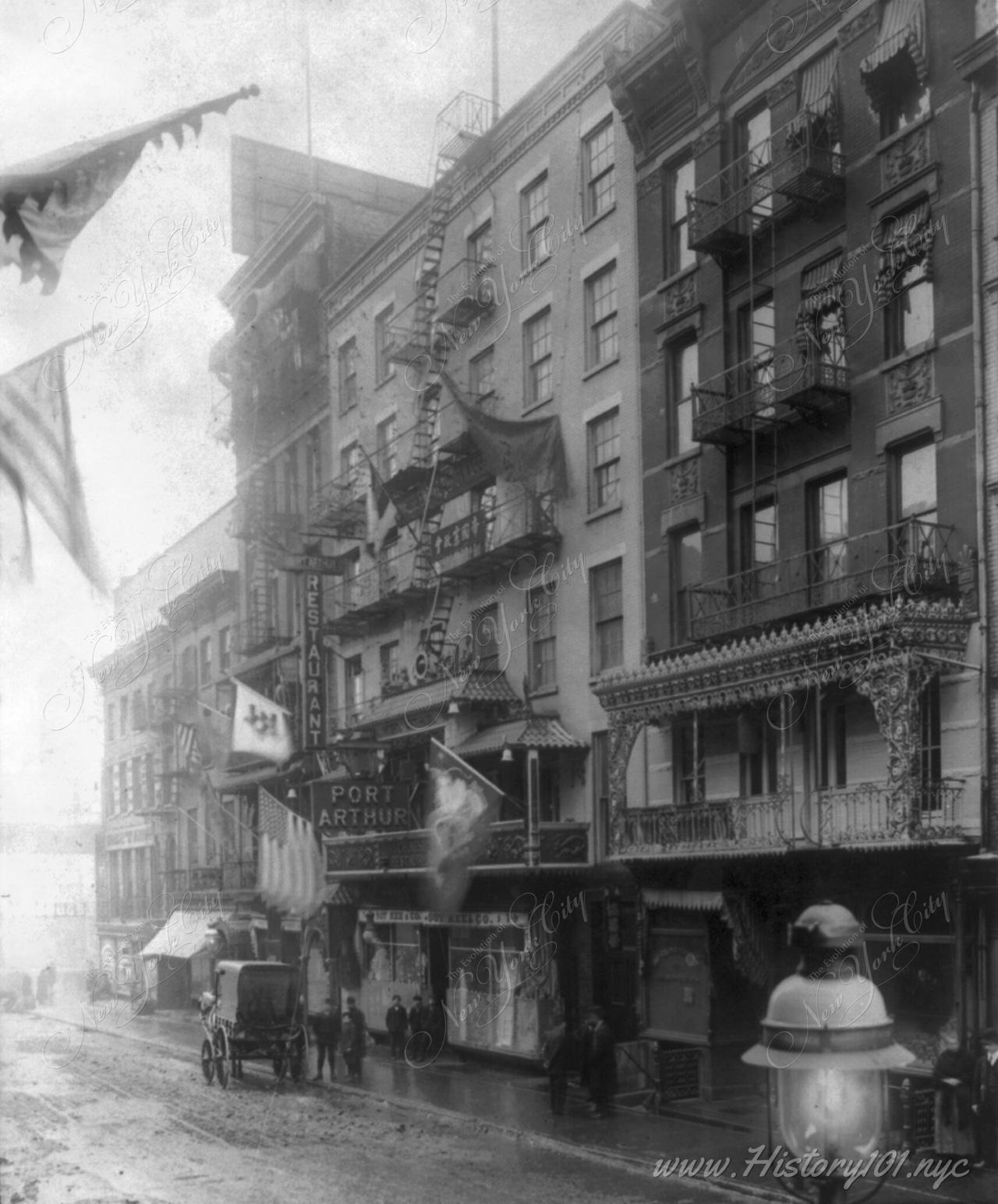 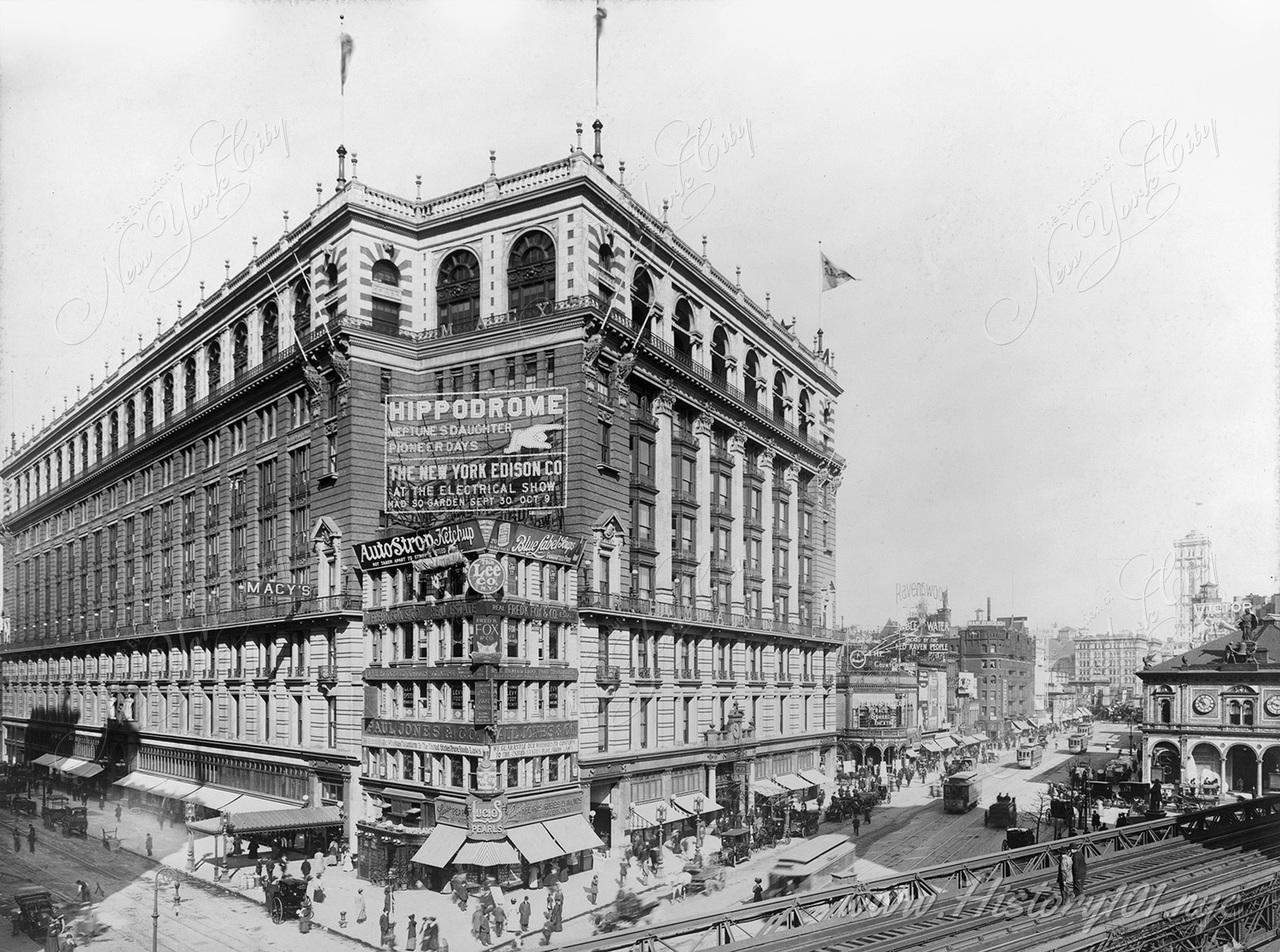 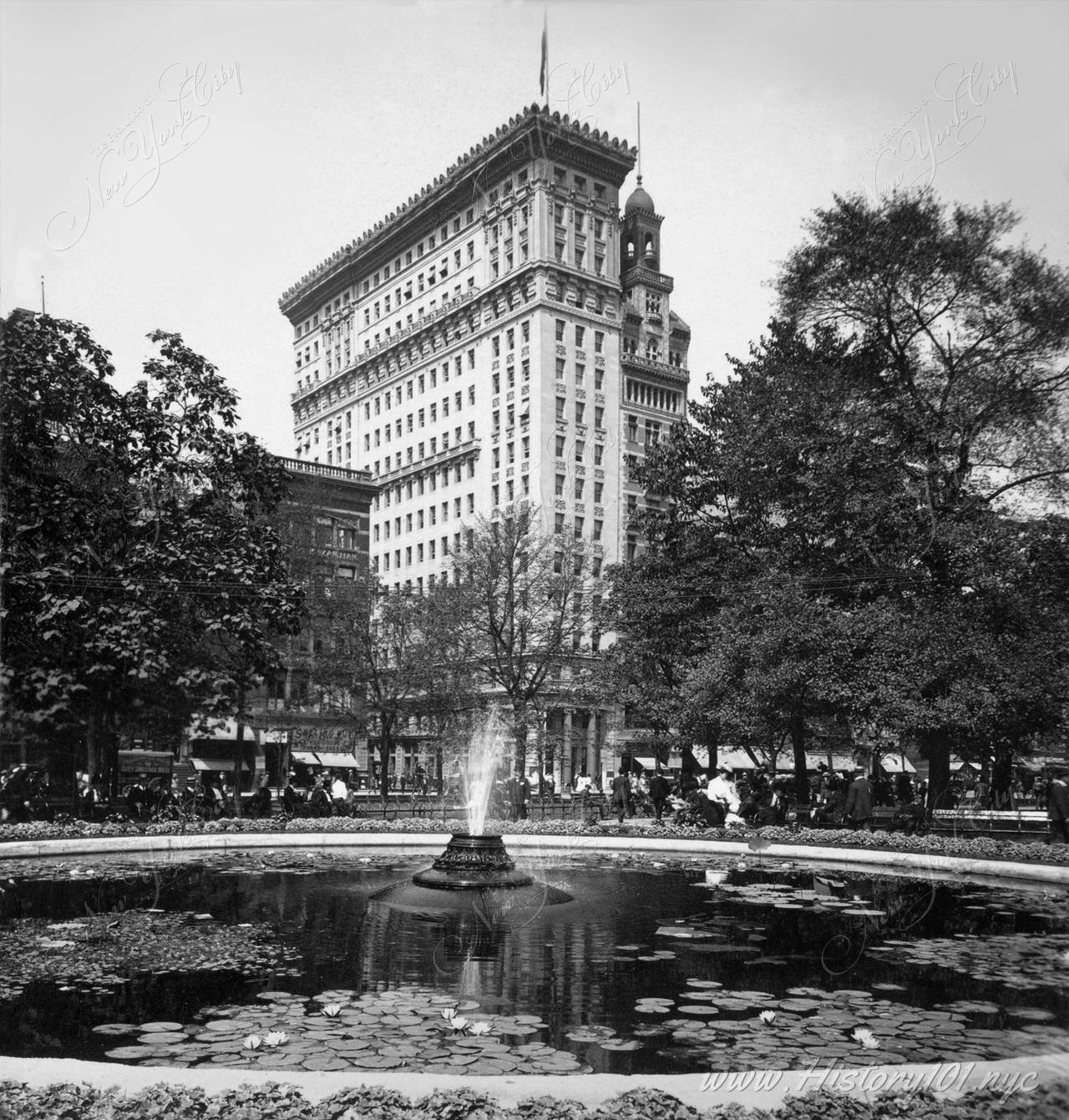 A close-up view of the Union Square Fountain with the Metropolitan Building in the background. 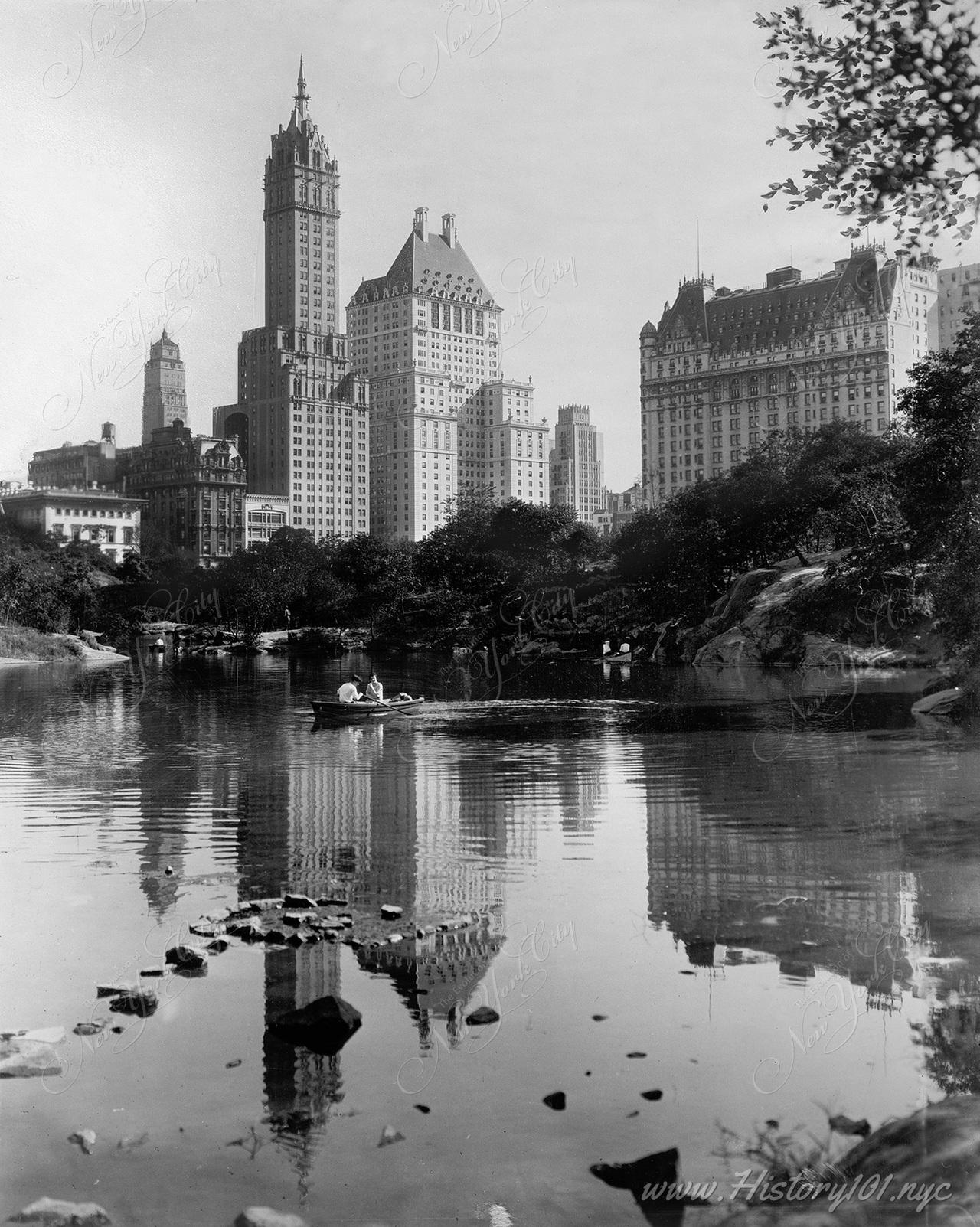 1909: Hotels from the Lake in Central Park

A photograph shot from the perspective of the lake at Central Park towards the luxury hotels which form the skyline. 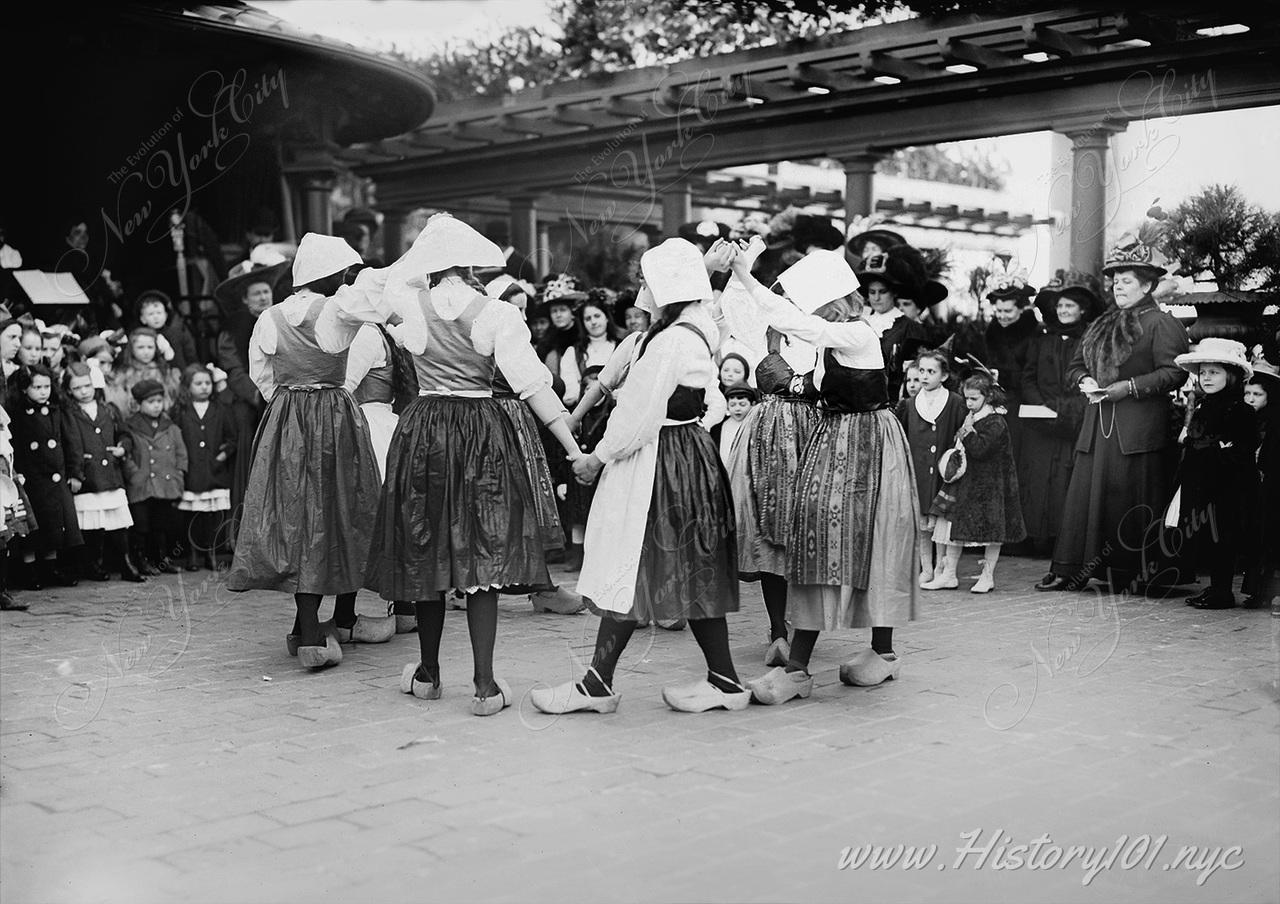 1909: Dutch Dancers at The Waldorf

A group of young dancers in traditional Dutch attire dance at the rooftop terrace of The Waldorf Astoria. 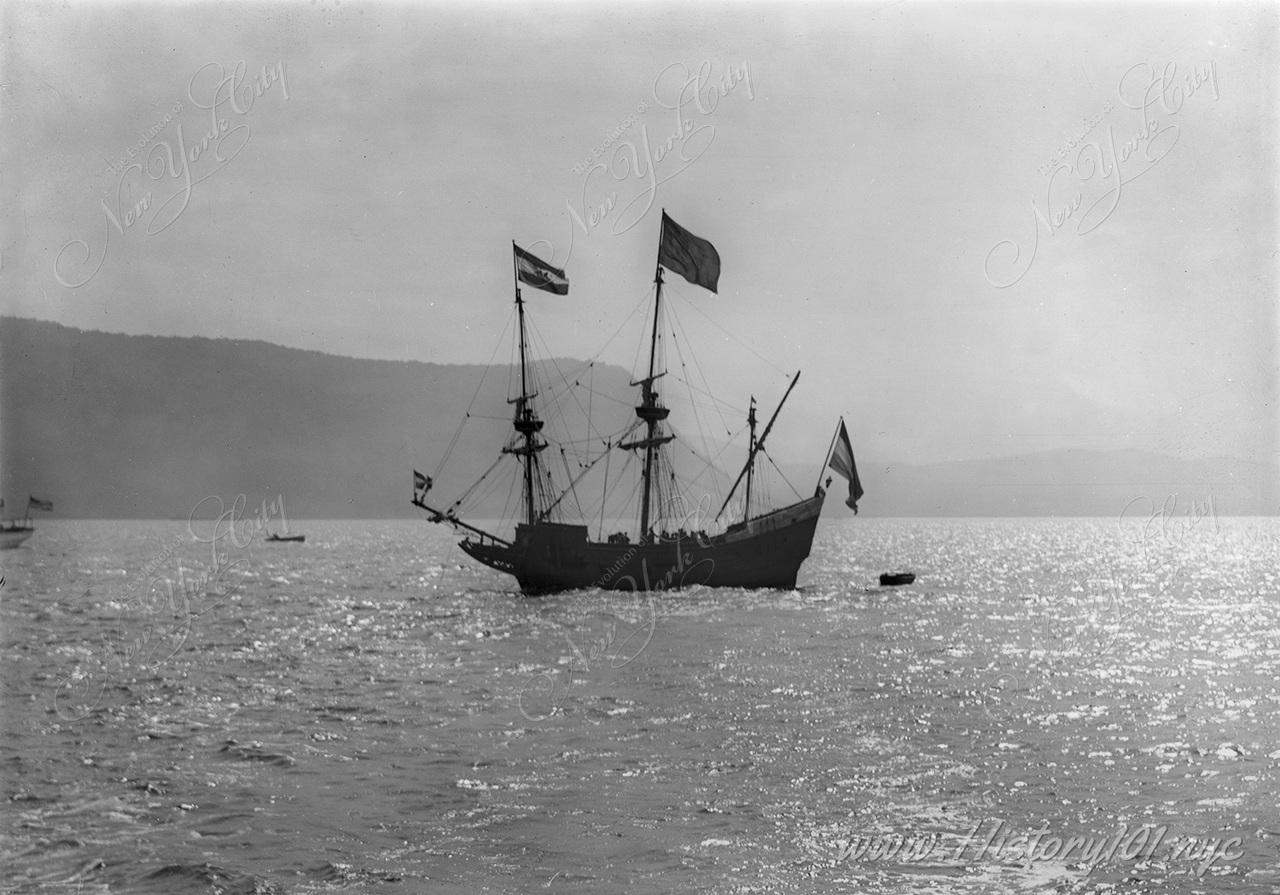 Henry Hudsons' vessel, the "Half Moon" is reconstructed and sailed in the river as part of the Hudson-Fulton Celebration in 1909. 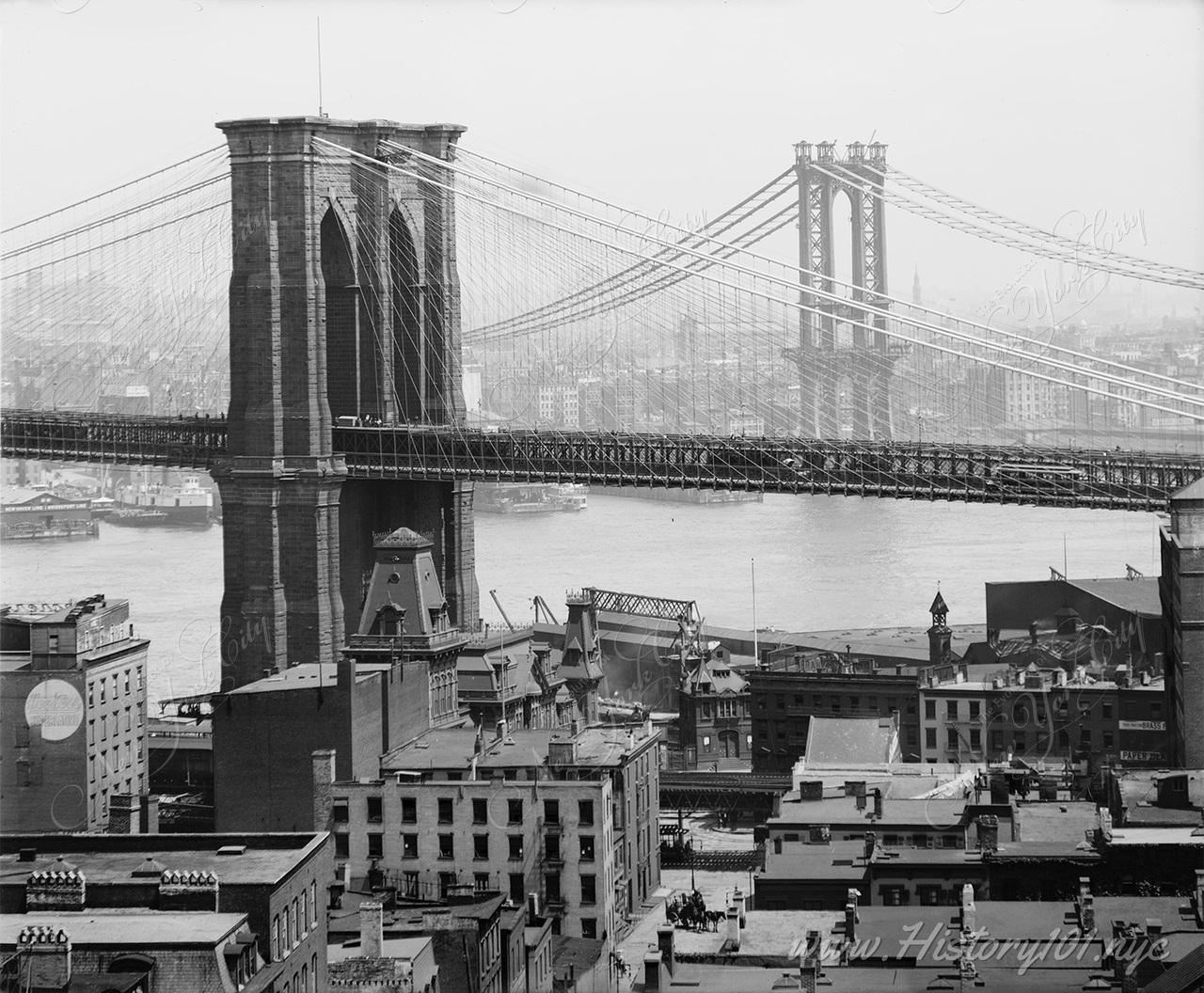 1908: The Brooklyn and Manhattan Bridges

An iconic view of the both East River bridges with downtown Manhattan in the background and plenty of traffic in the East River. 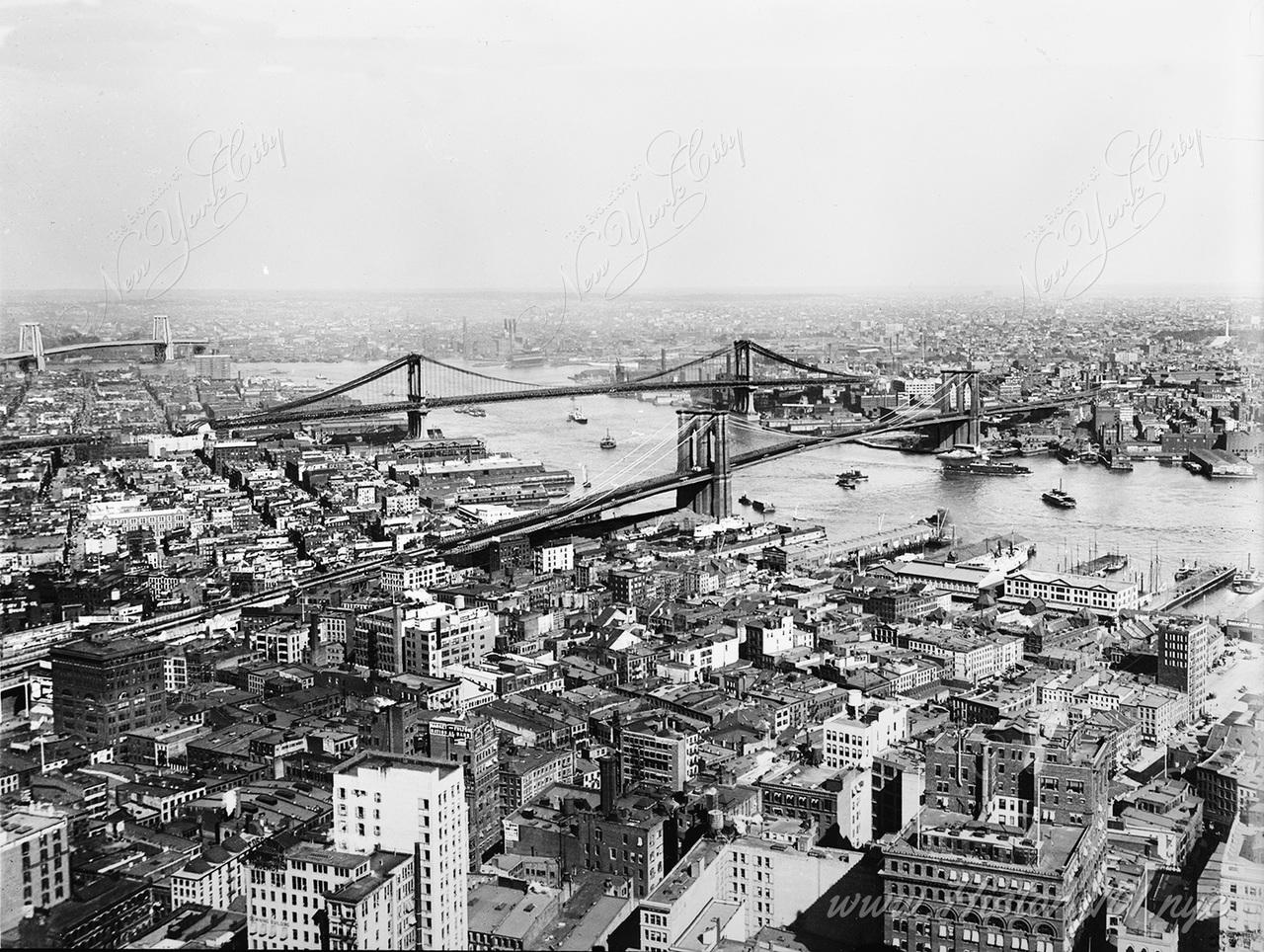 Spectacular view, looking east from the Singer Tower - all three East River Bridges are visible from this perspective. 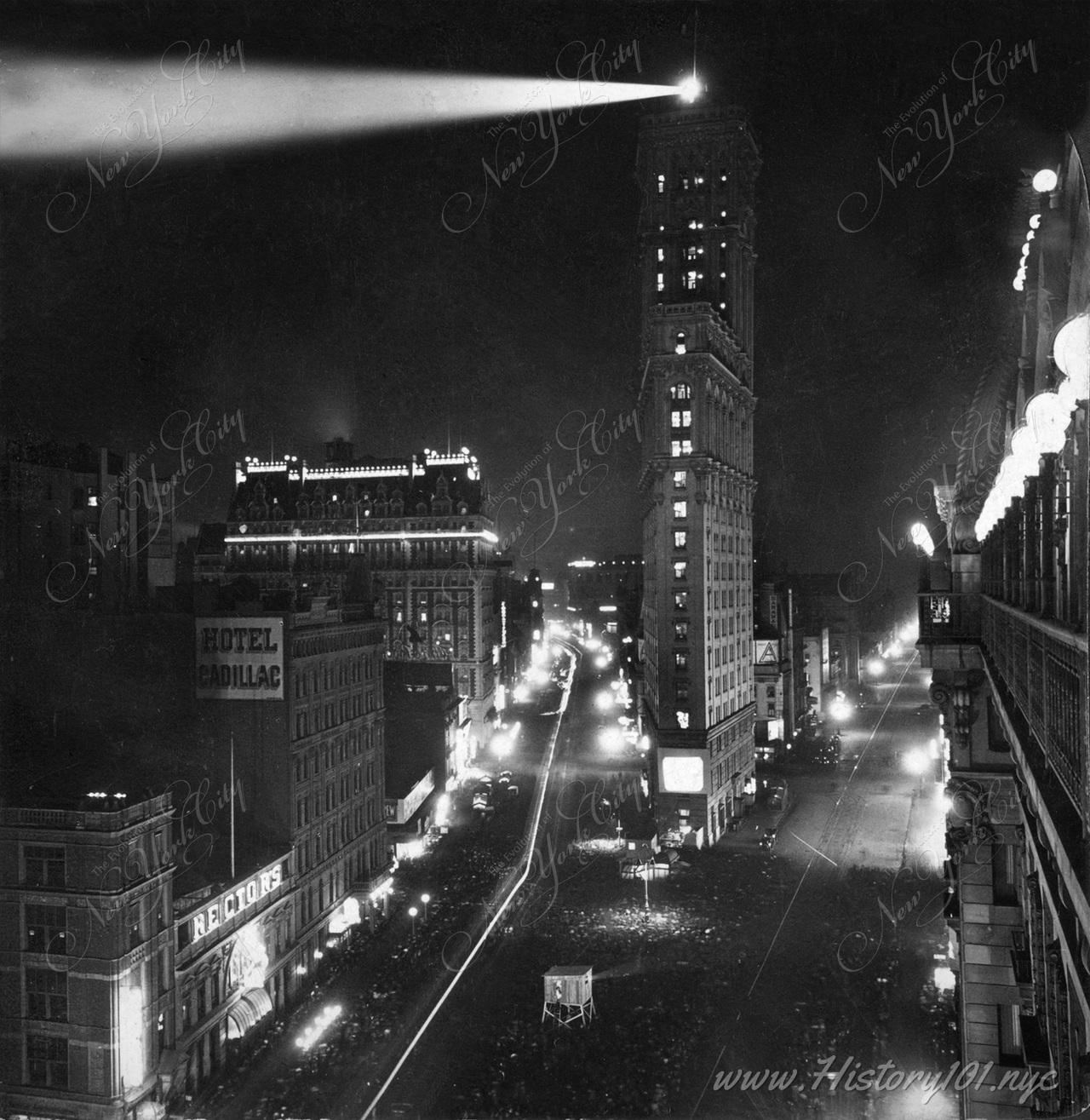 Voters congregate near the Times Building at the "Great White Way" (Broadway from 42nd to 34th Sts.)