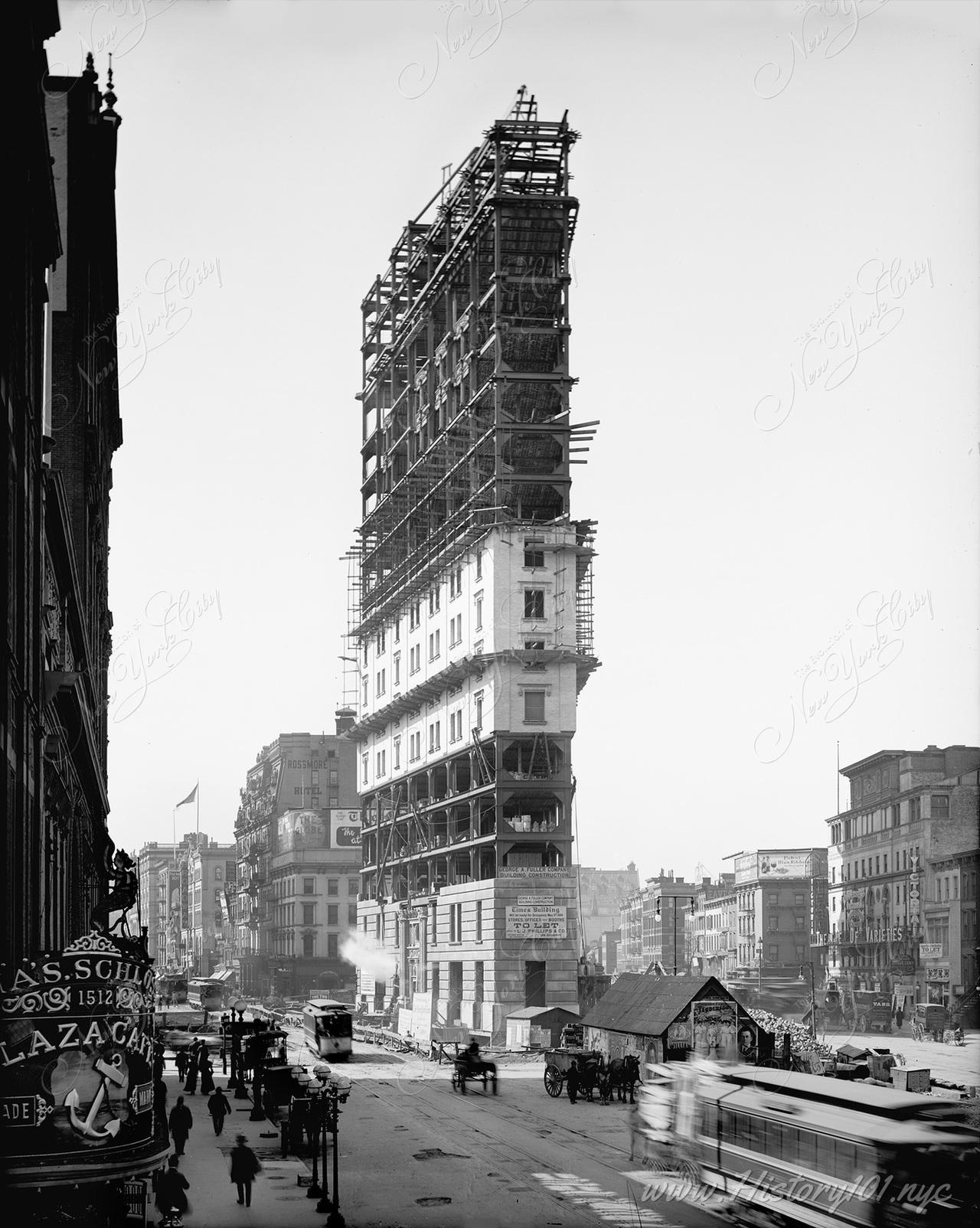 New York Times Building Under Construction at One Times Square. Completed in 1904 to serve as the headquarters of The New York Times. The newspaper’s owner also successfully convinced the city to rename the area from Longacre Square (named after another newspaper) to Times Square. Our famous New Year’ tradition was started as a promotional campaign for the paper’s new headquarters, the Times held a New Year’s Eve event on December 31, 1904, welcoming the year of 1905 with a fireworks display set off from the roof of the building at midnight.