700 BC: Rise of the Algonquians 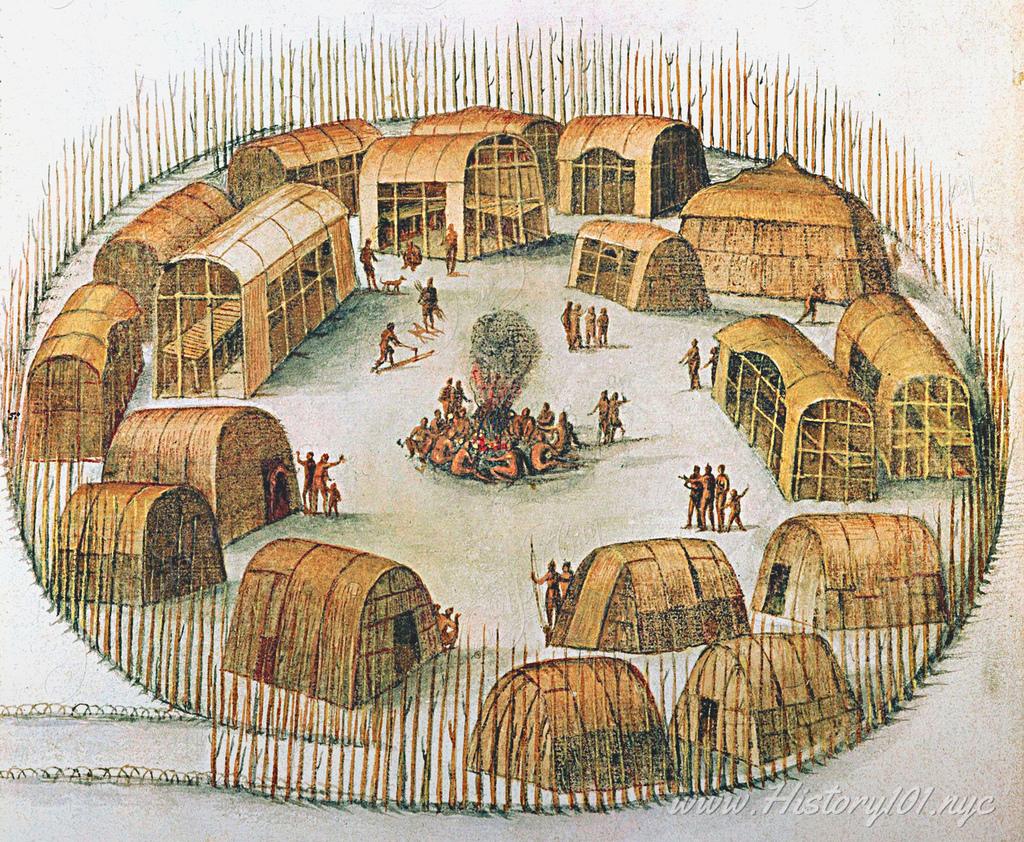 One of the first tribes to settle in the Hudson River Valley were the Algonquians. They are direct descendants of New York’s first residents – Nomads who would arrive from the north about 11,000 – 12,000 years ago. Their ancestors moved with the seasons and migration of animals which they hunted for survival. Early villages were composed of tight formations of round-roofed homes covered in birch bark and protected by a hedge against surrounding predators.