1524: The Age of European Influence 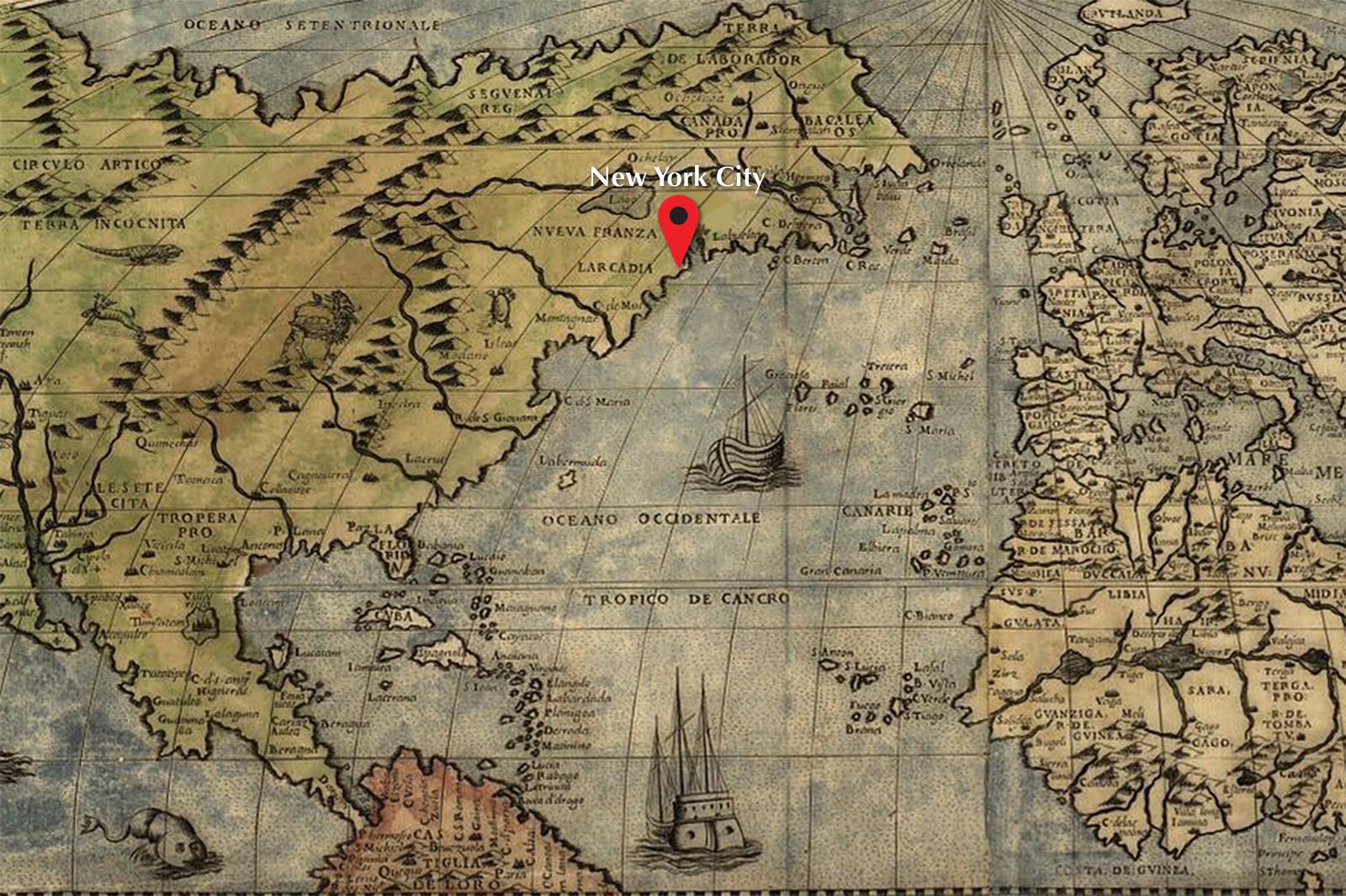 In July of 1524, Giovanni da Verrazzano would be the first European to see the shoreline of Manhattan. The Italian explorer was searching for a new trade route to India as he sailed the Atlantic coast from Cape Fear to the Hudson Valley. The map below map, rendered by Verrazzano’s brother and cartographer Giacomo Gastaldi would mark a turning point in world history, establishing a path for Henry Hudson’s eventual arrival in September of 1609.