By the 1850s, New York City’s ports handled more goods and people than all other American ports combined. In 1855, Fernando Wood was elected as the first mayor. 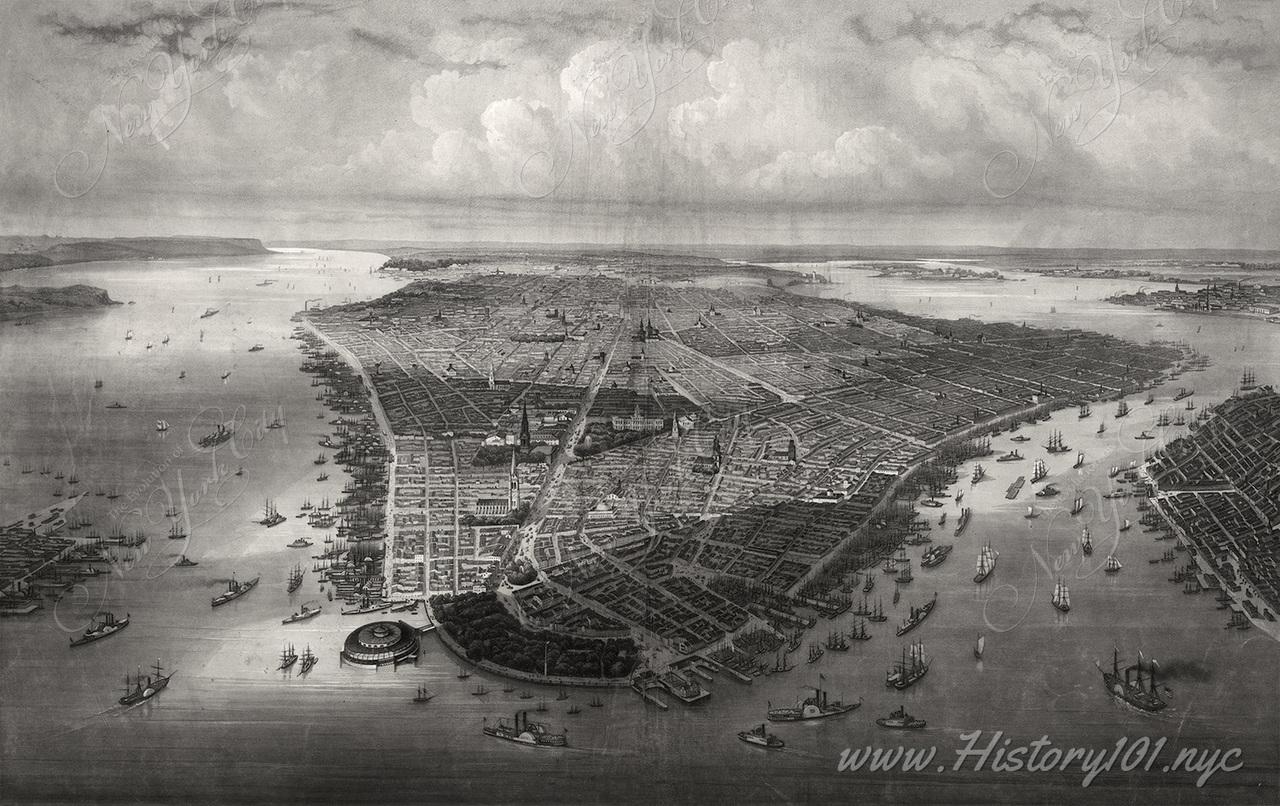 An aerial perspective above Manhattan, showing the rapid change of the city's shore, skyline and developing landscape. 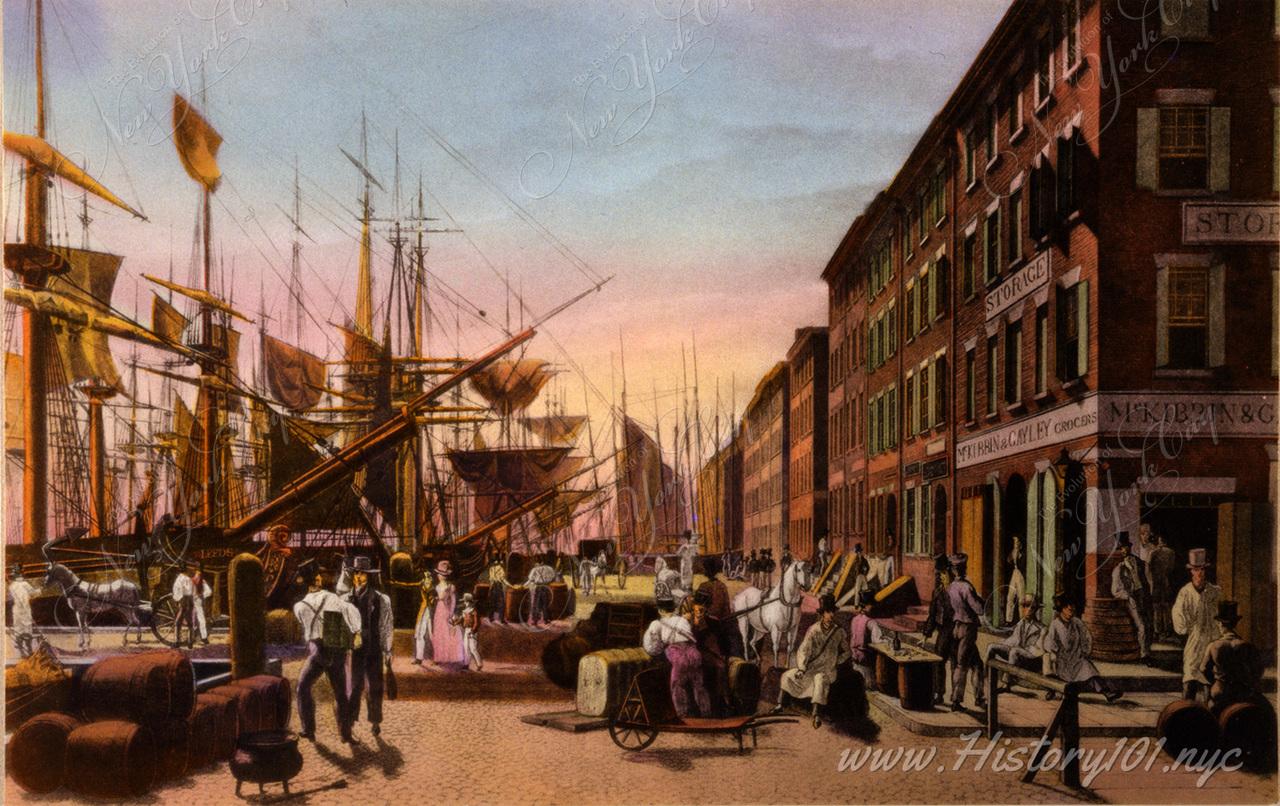 Artist's rendering of The South Street Seaport, the first pier in the area was occupied in 1625 by the Dutch West India Company.

New York's oldest public park (formerly, there was a turf present for playing lawn bowling) which is also surrounded by the oldest fence in City. 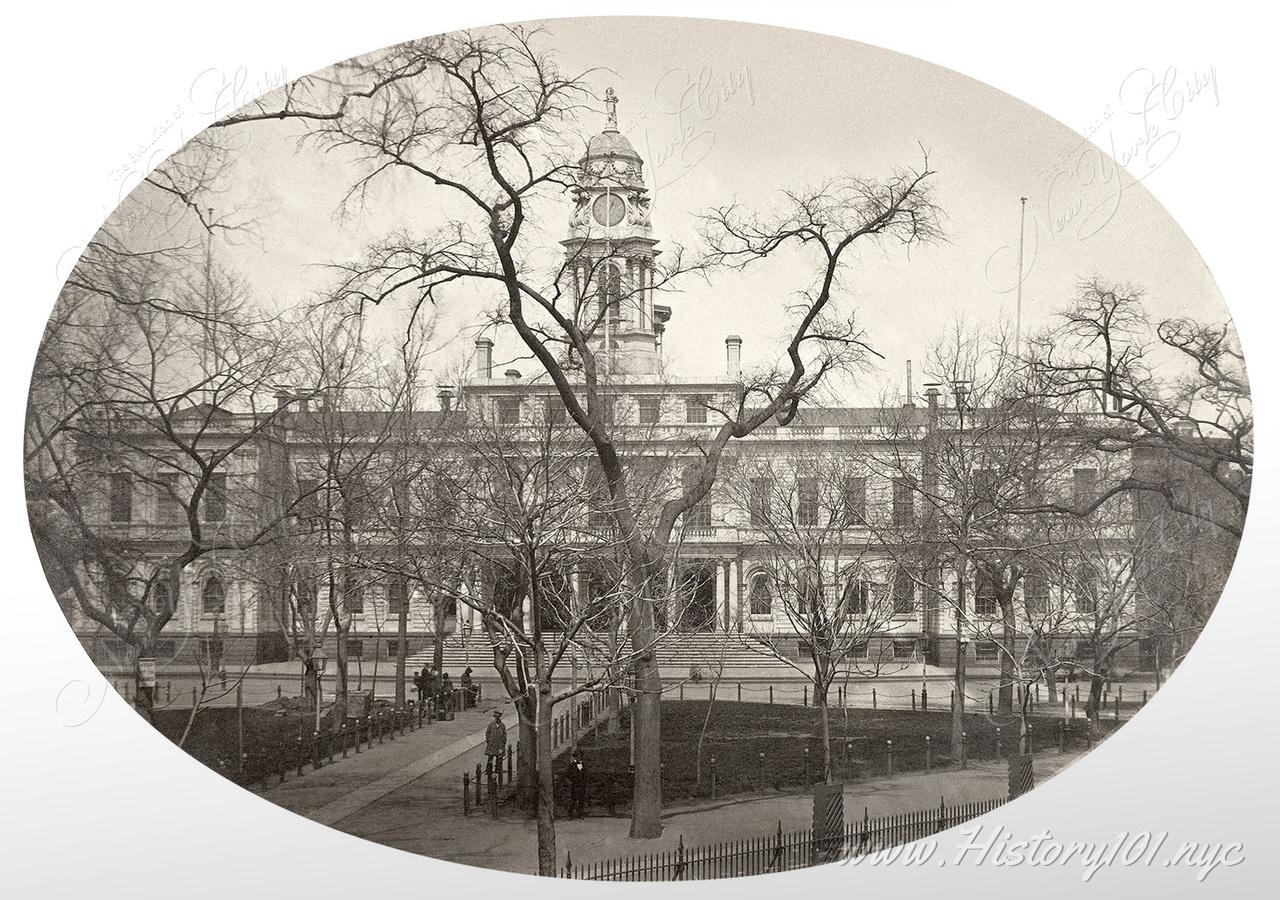 A photograph of Manhattan's City Hall. Taken by A.R. Waud in the winter of 1855. 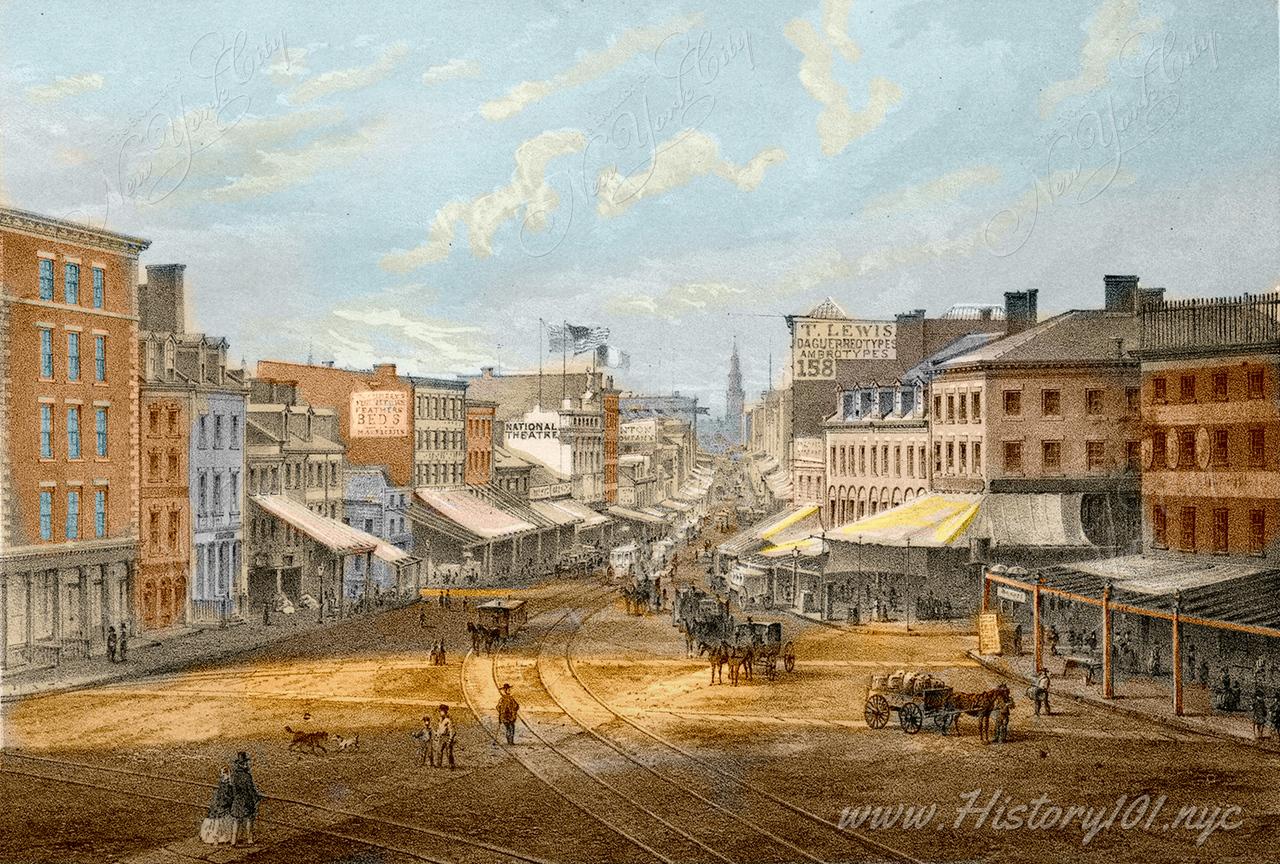 Lithograph illustration of Chatham Square, named after William Pitt, 1st Earl of Chatham and Prime Minister of Great Britain before the American Revolution. 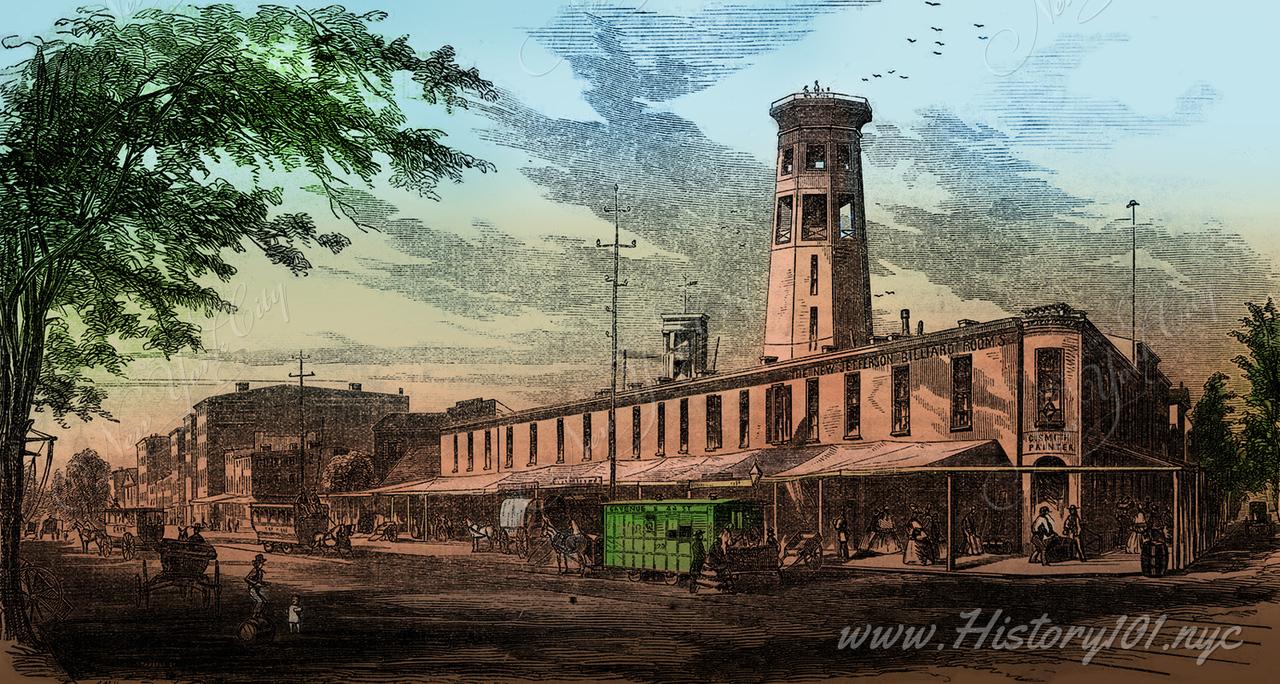 An illustrative engraving of the original Market on 6th Avenue. 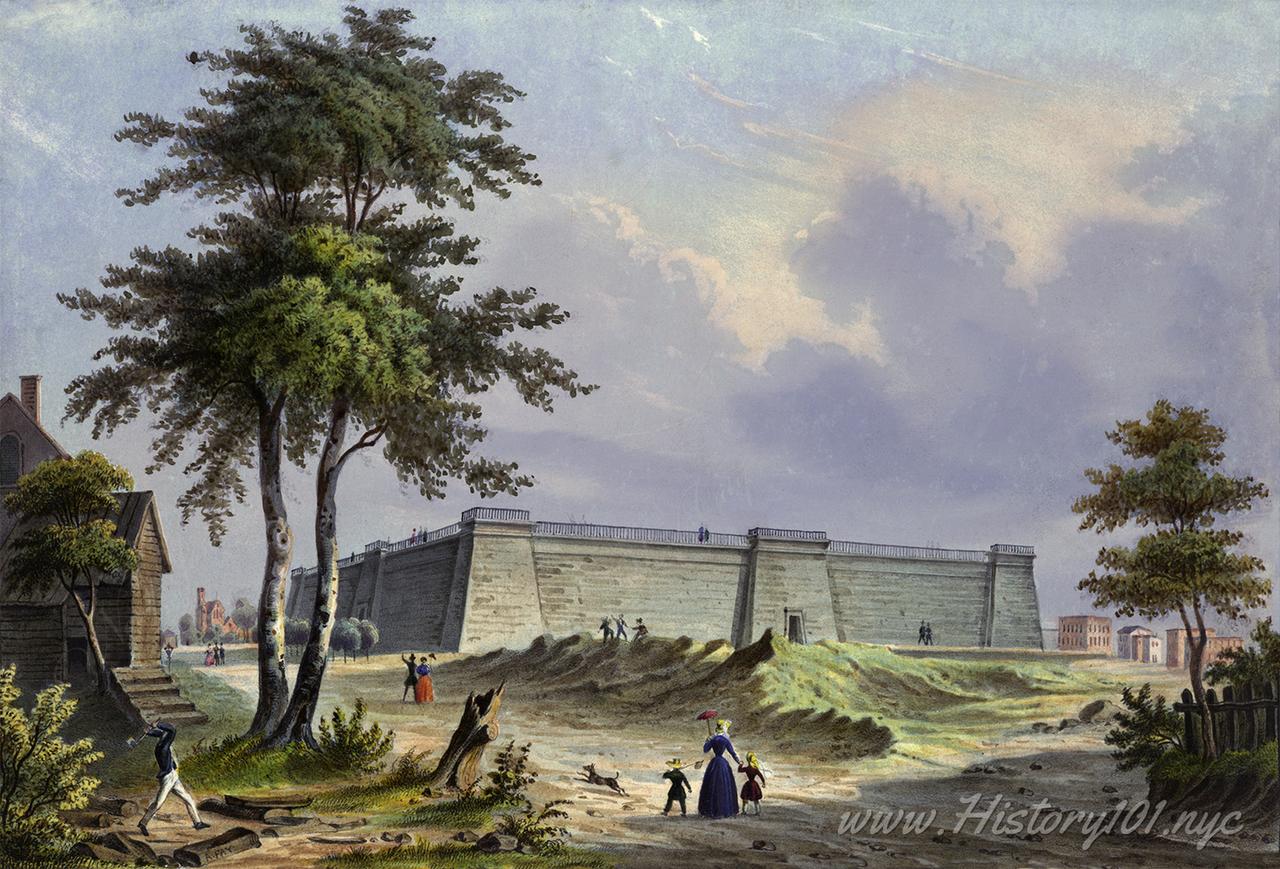 Painting of the Croton Reservoir at 42nd Street. Completed in 1842, it was the source of the city's drinking water until its demolition in the 1890s. 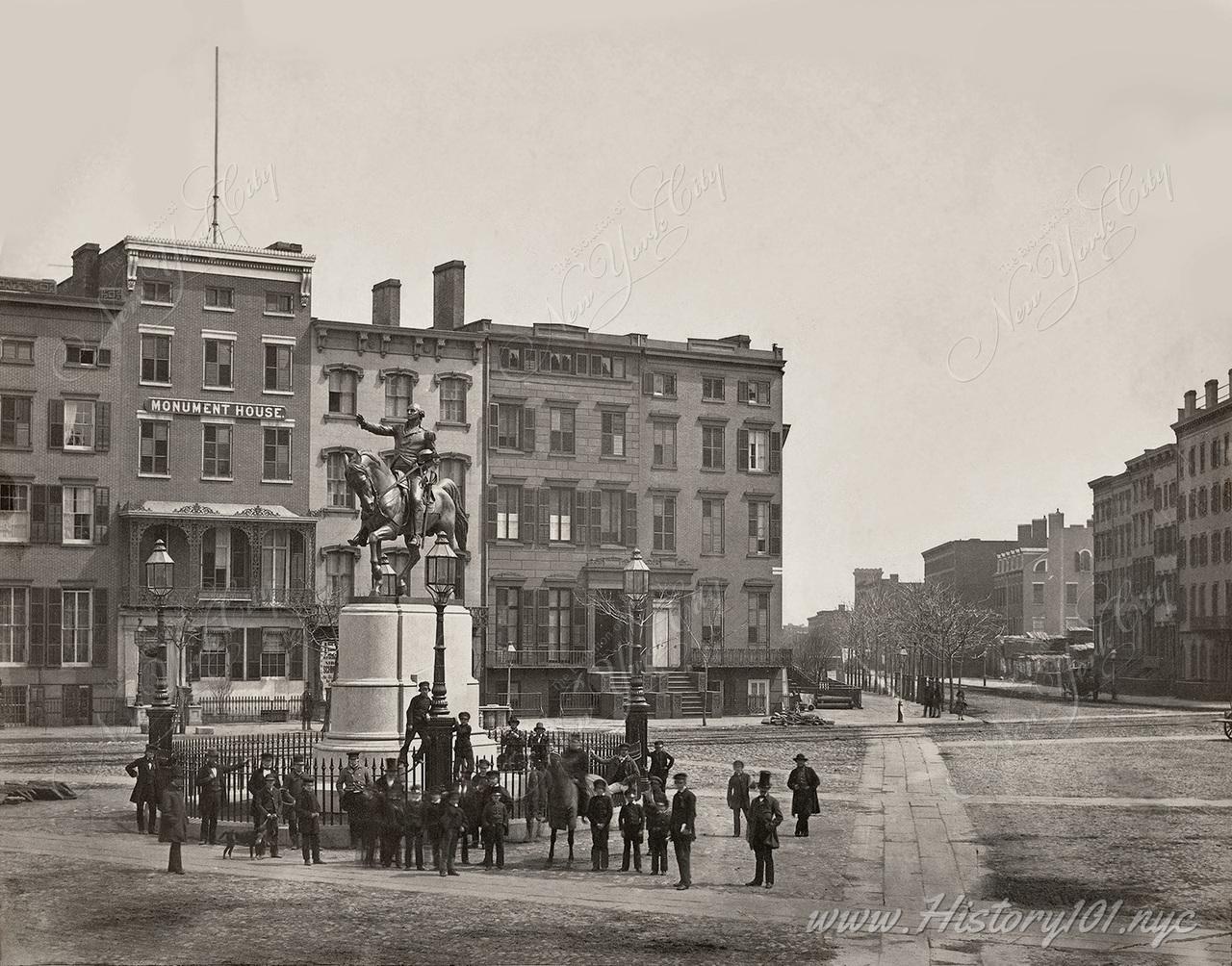 A group gathered around the newly constructed monument of George Washington in Union Square, dedicated in 1856 the the oldest sculpture in any NYC Park. 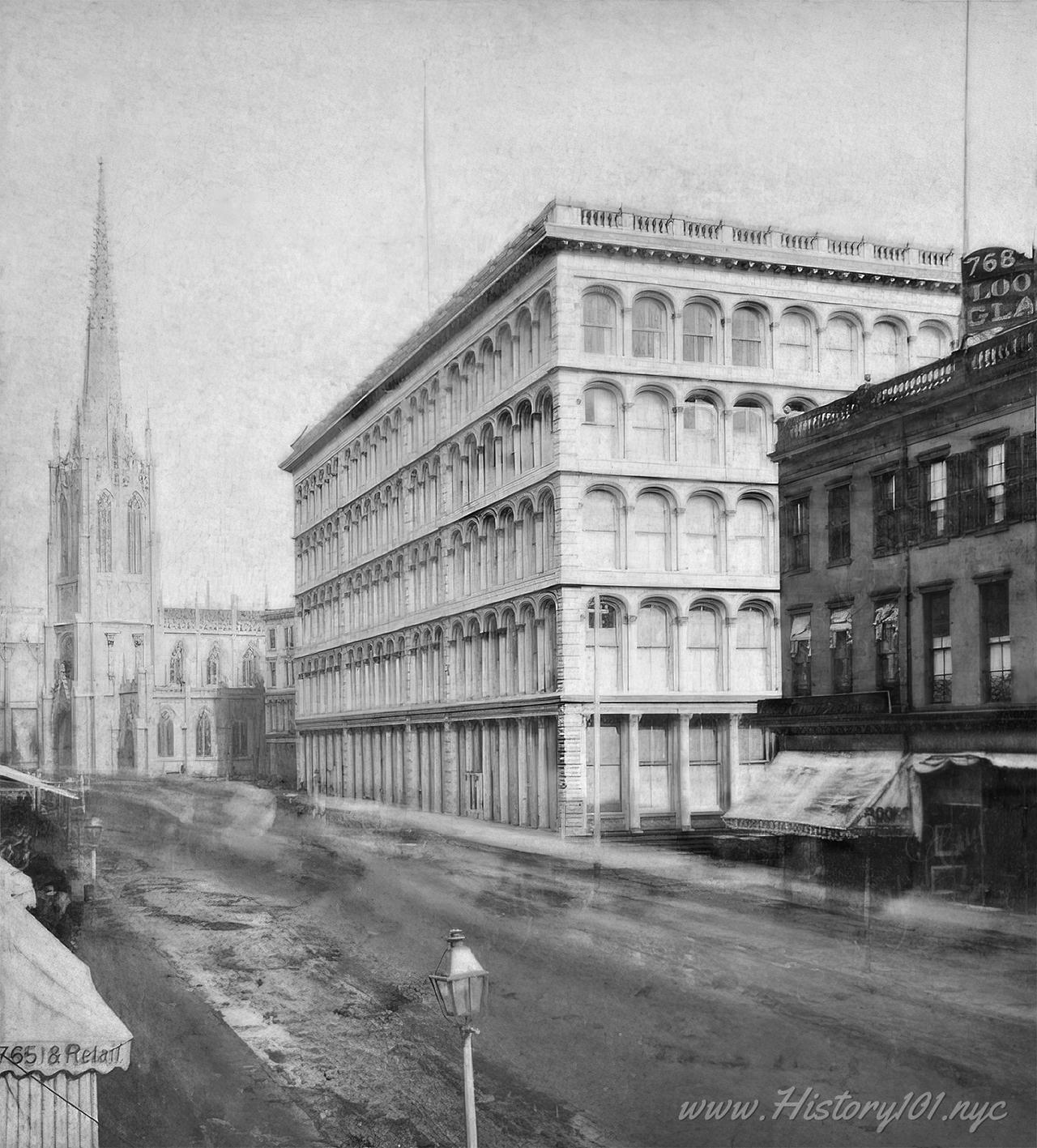 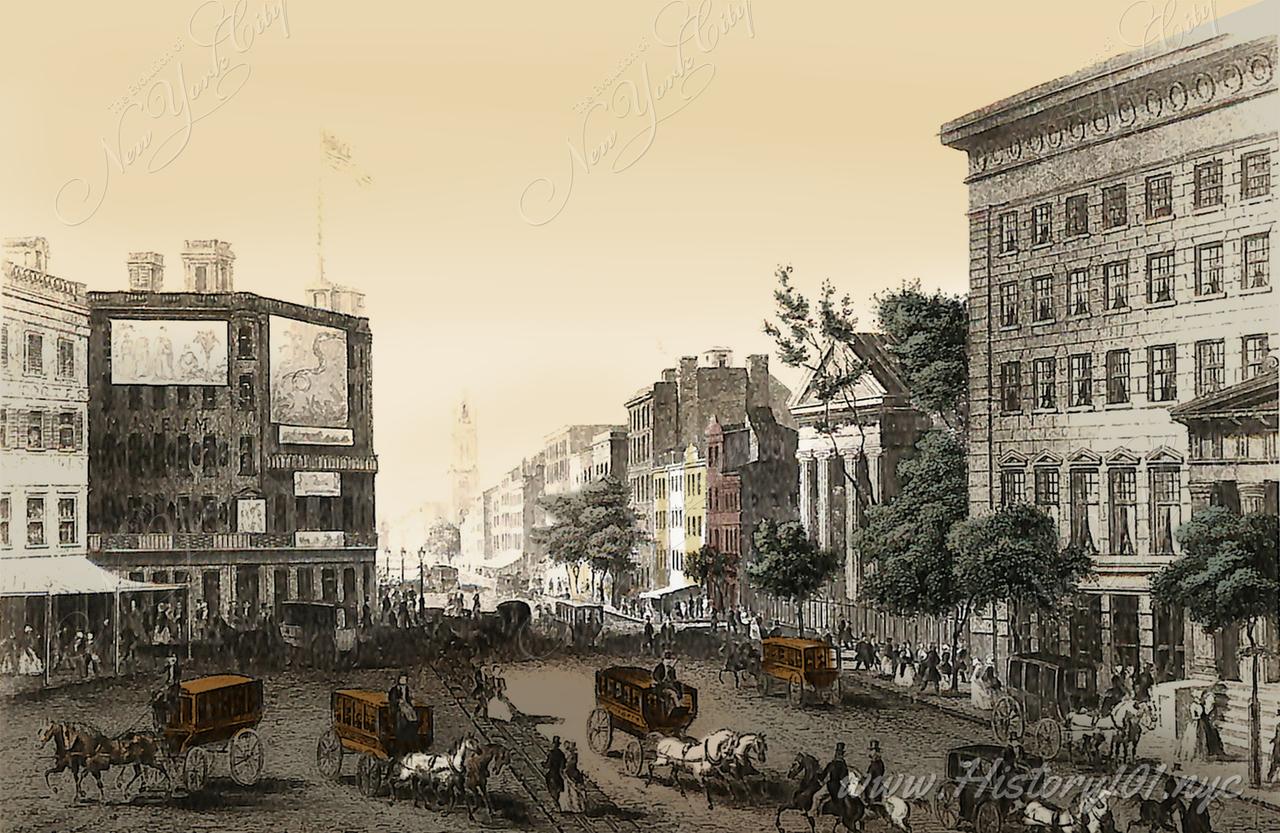 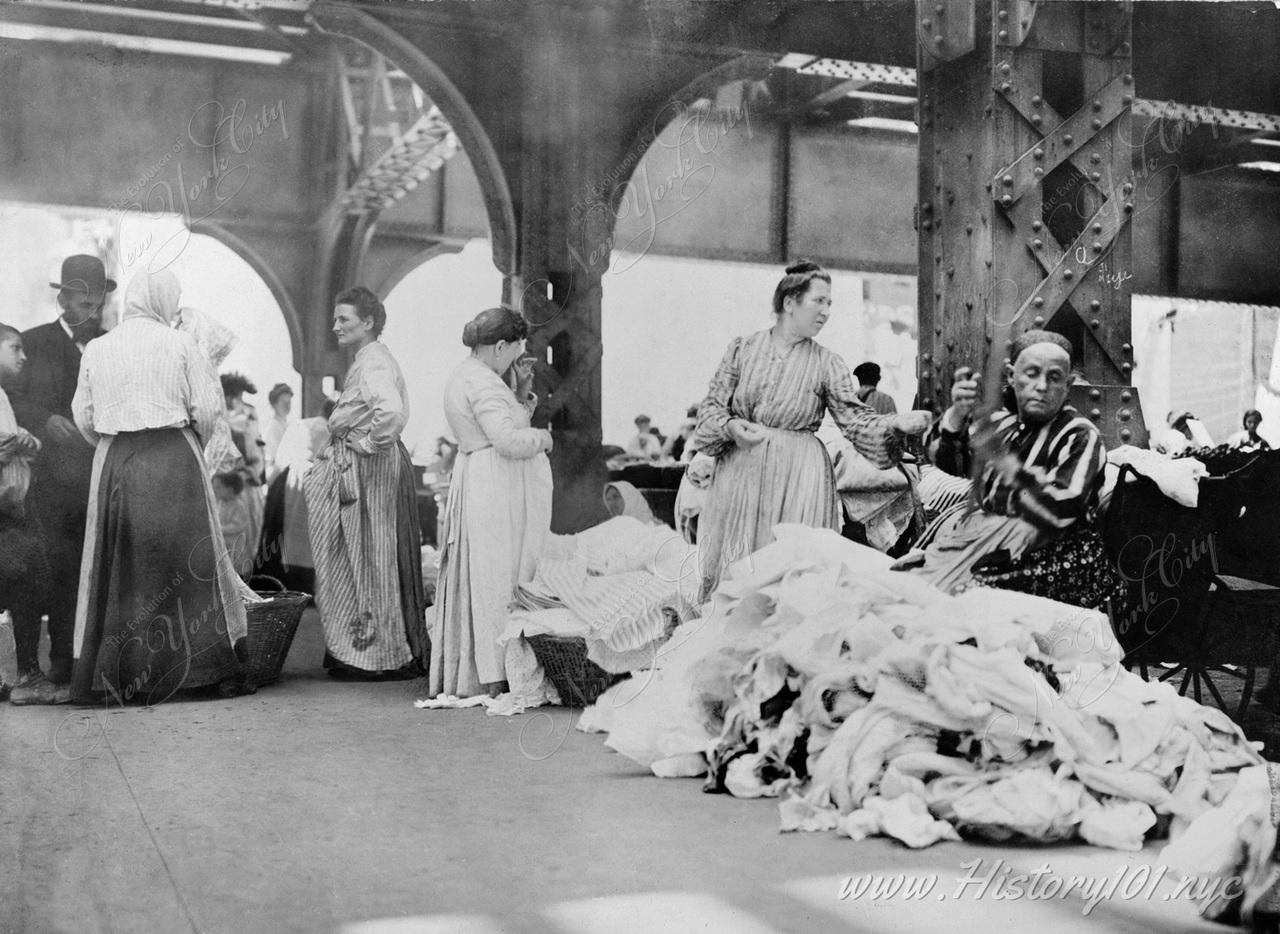 Photograph of an open air clothing market beneath the train tracks in New York City. Taken by A.R.Waud in 1850 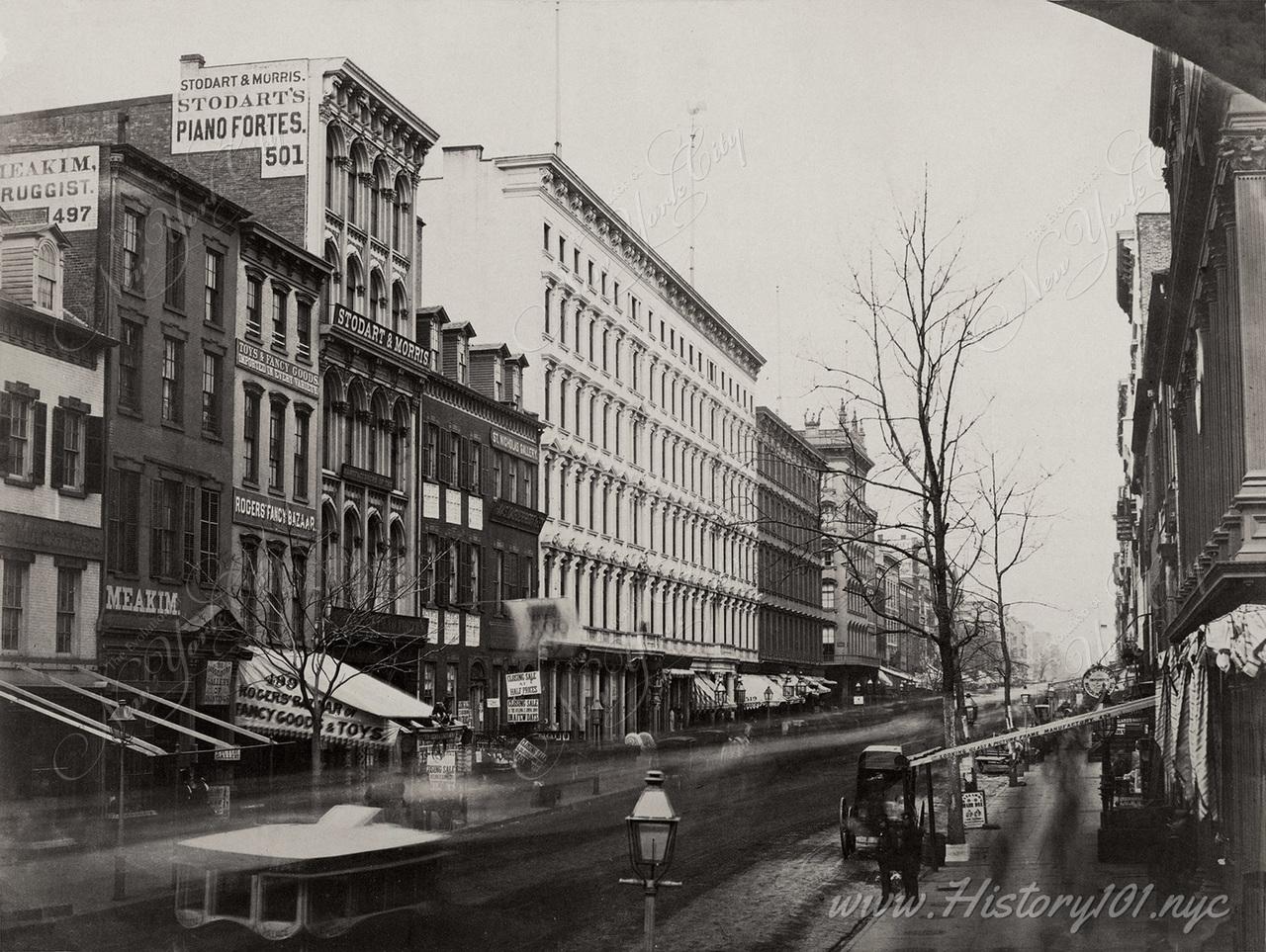 The East side of Broadway and Broome Street looking North, capturing the hum and activity of downtown Manhattan during a cold winter. 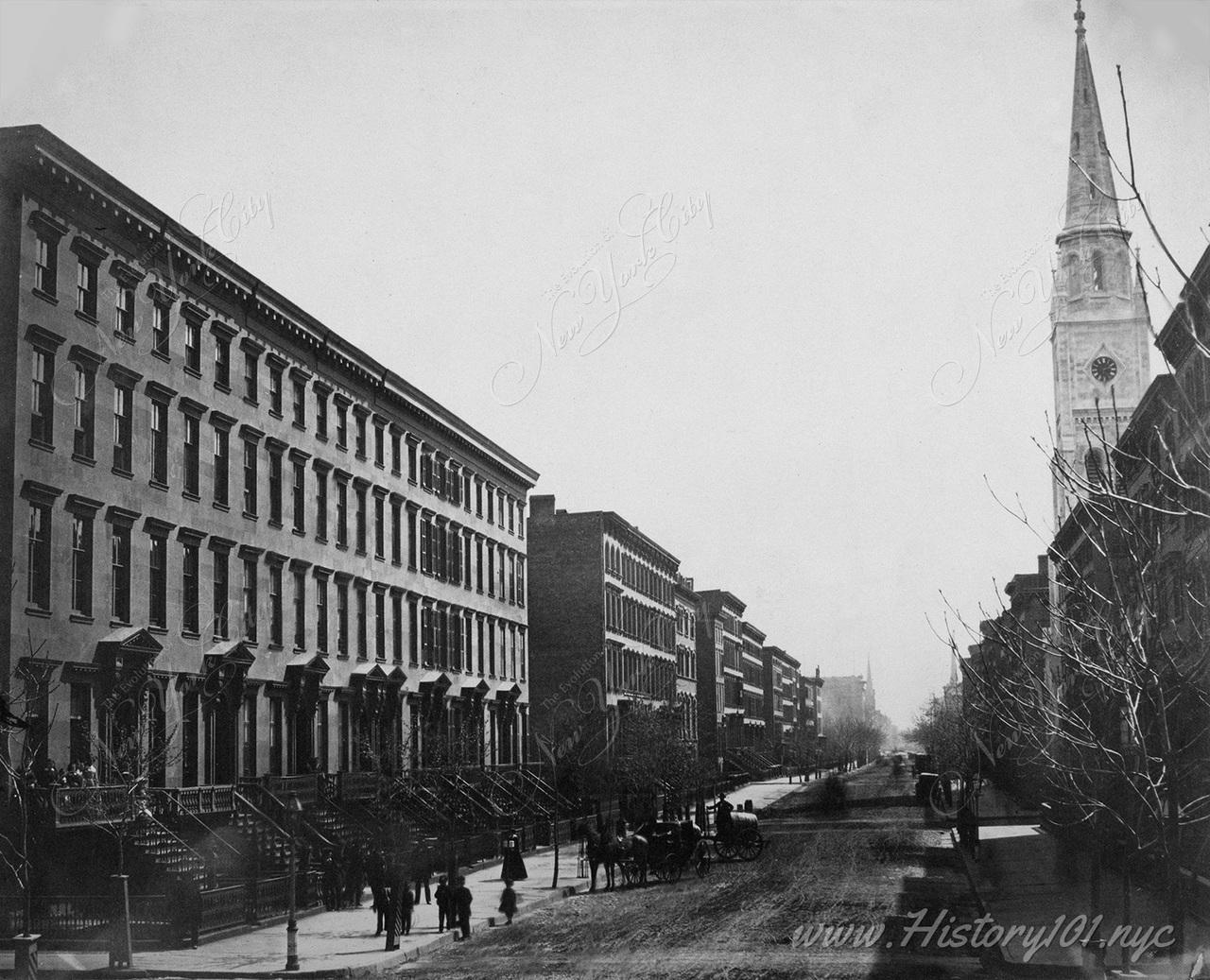 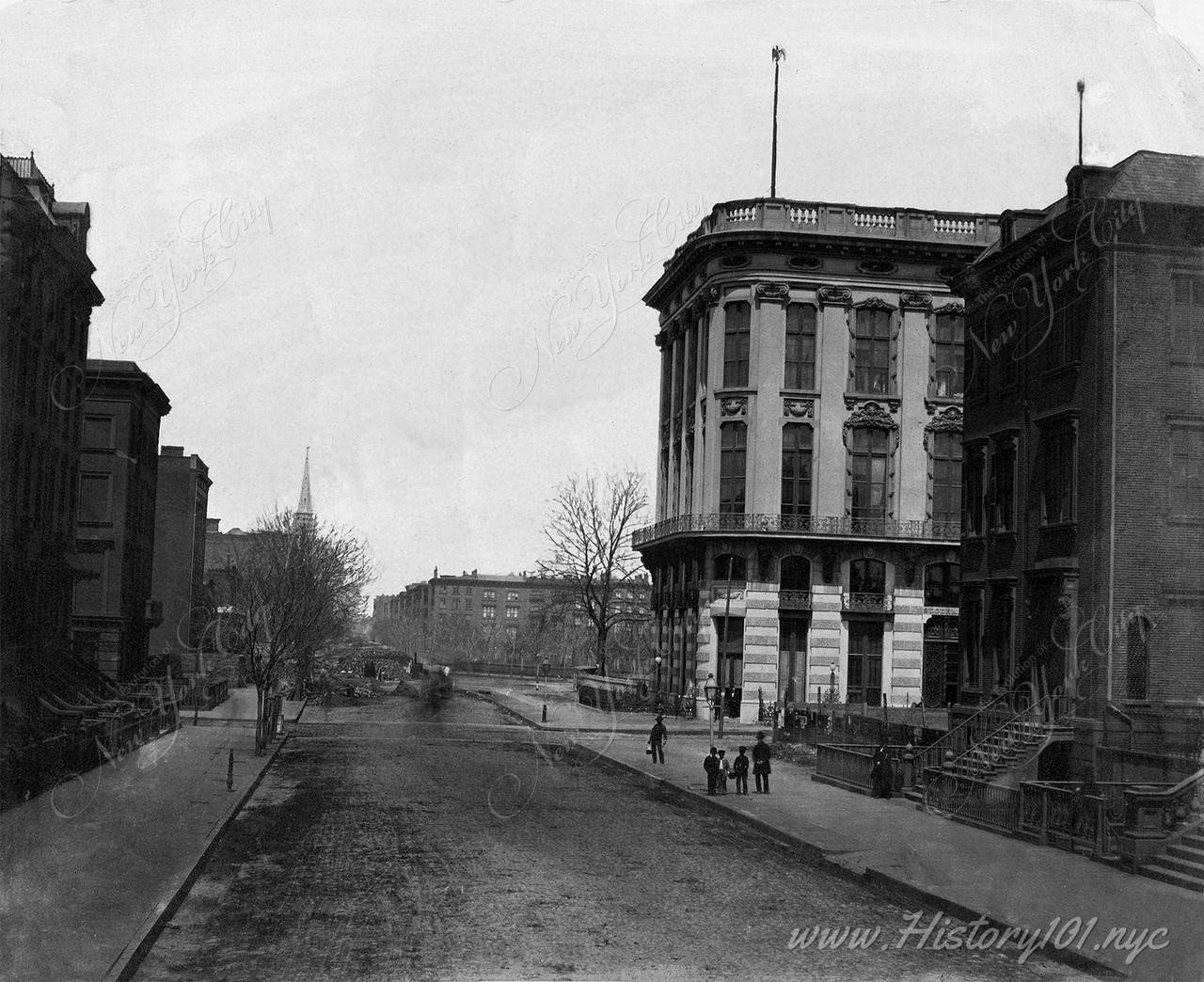 A view of the St. Germain Hotel on the North East Corner of 5th Avenue between 22nd and 23rd Streets (future site of The Flatiron Building). 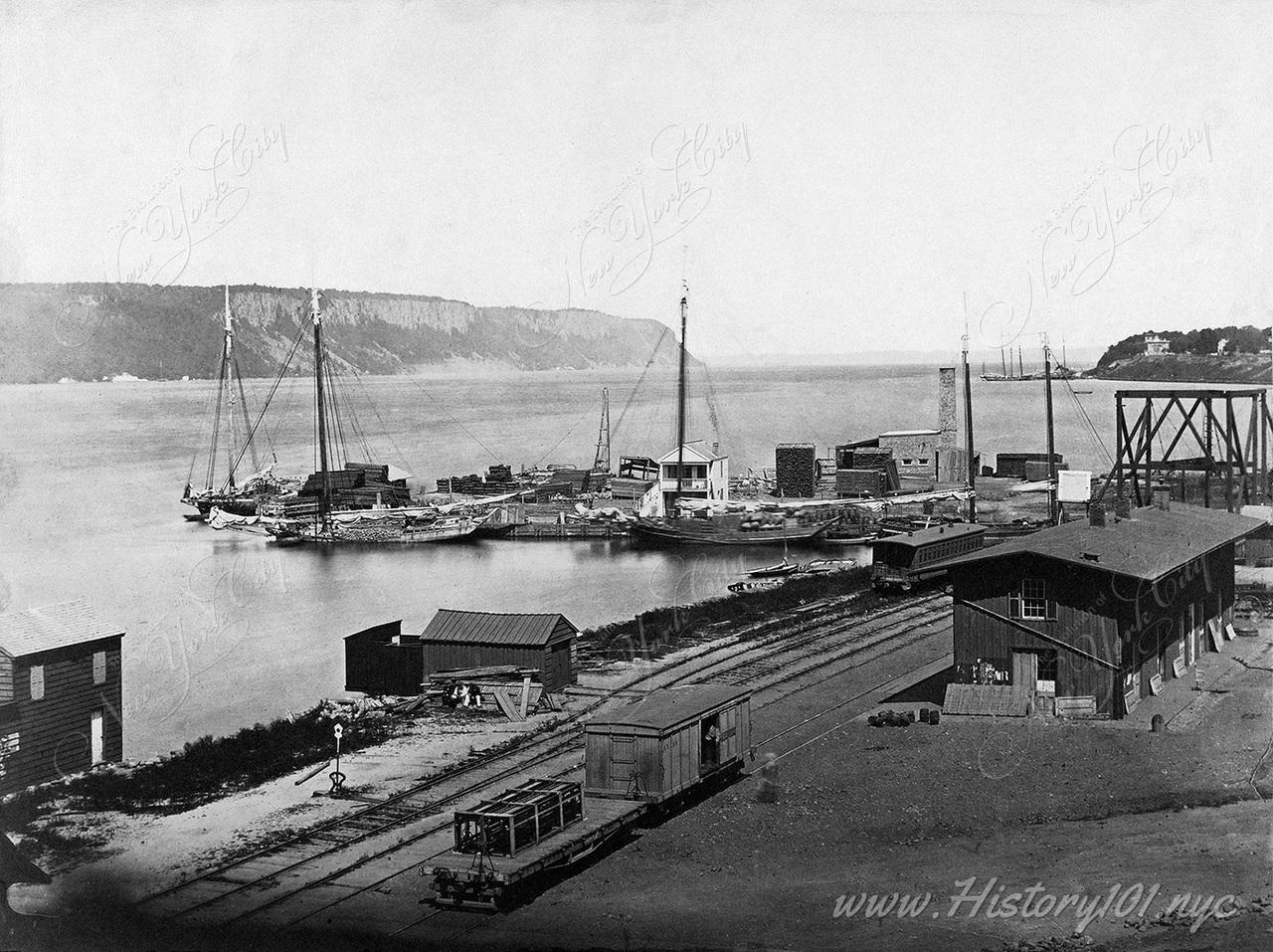 1855: The Palisades, Hudson River and Yonkers

A view overlooking the Palisades, Hudson and Yonkers dockyard with railroad tracks which ran parallel to the Hudson River. Taken by Silas A. Holmes in 1855. 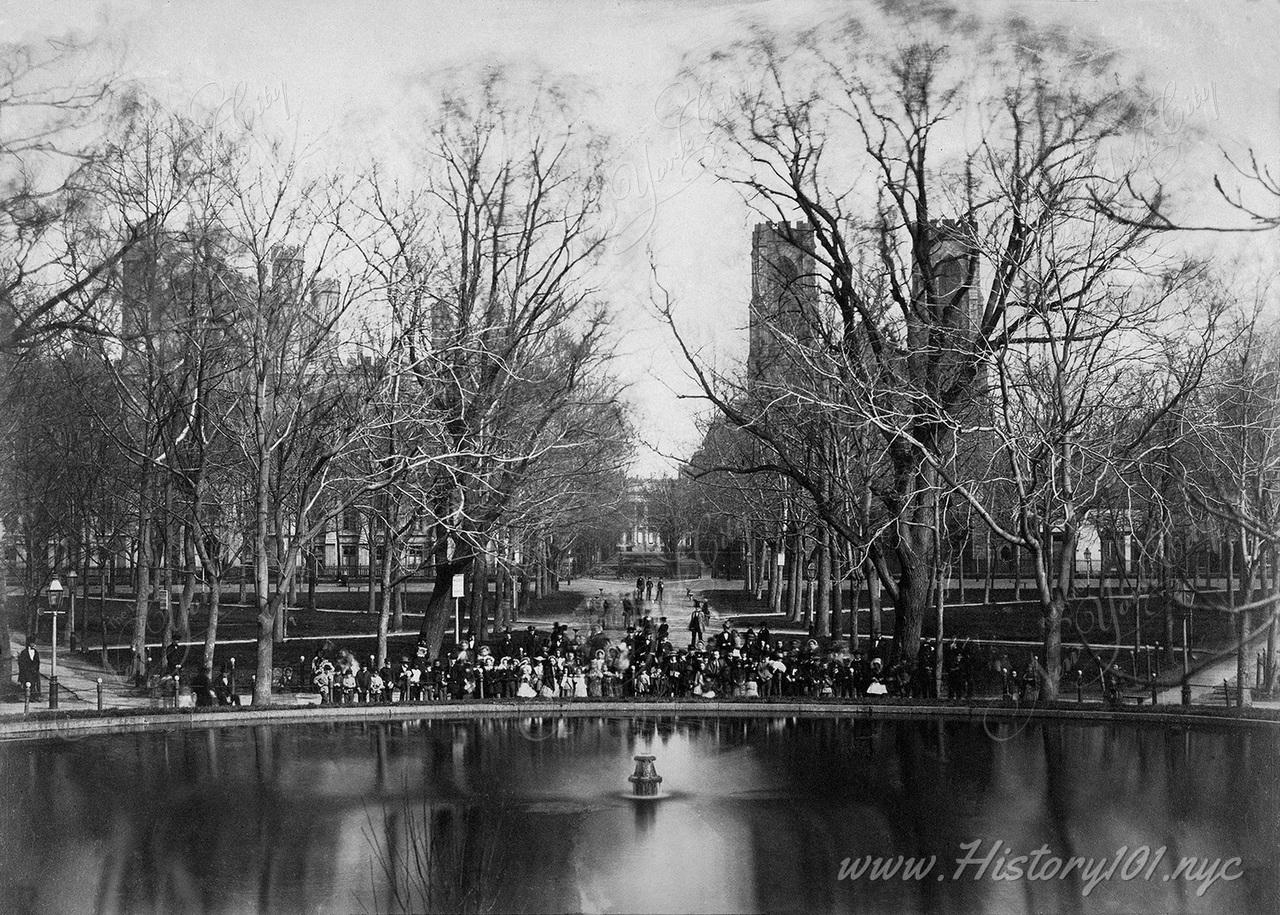 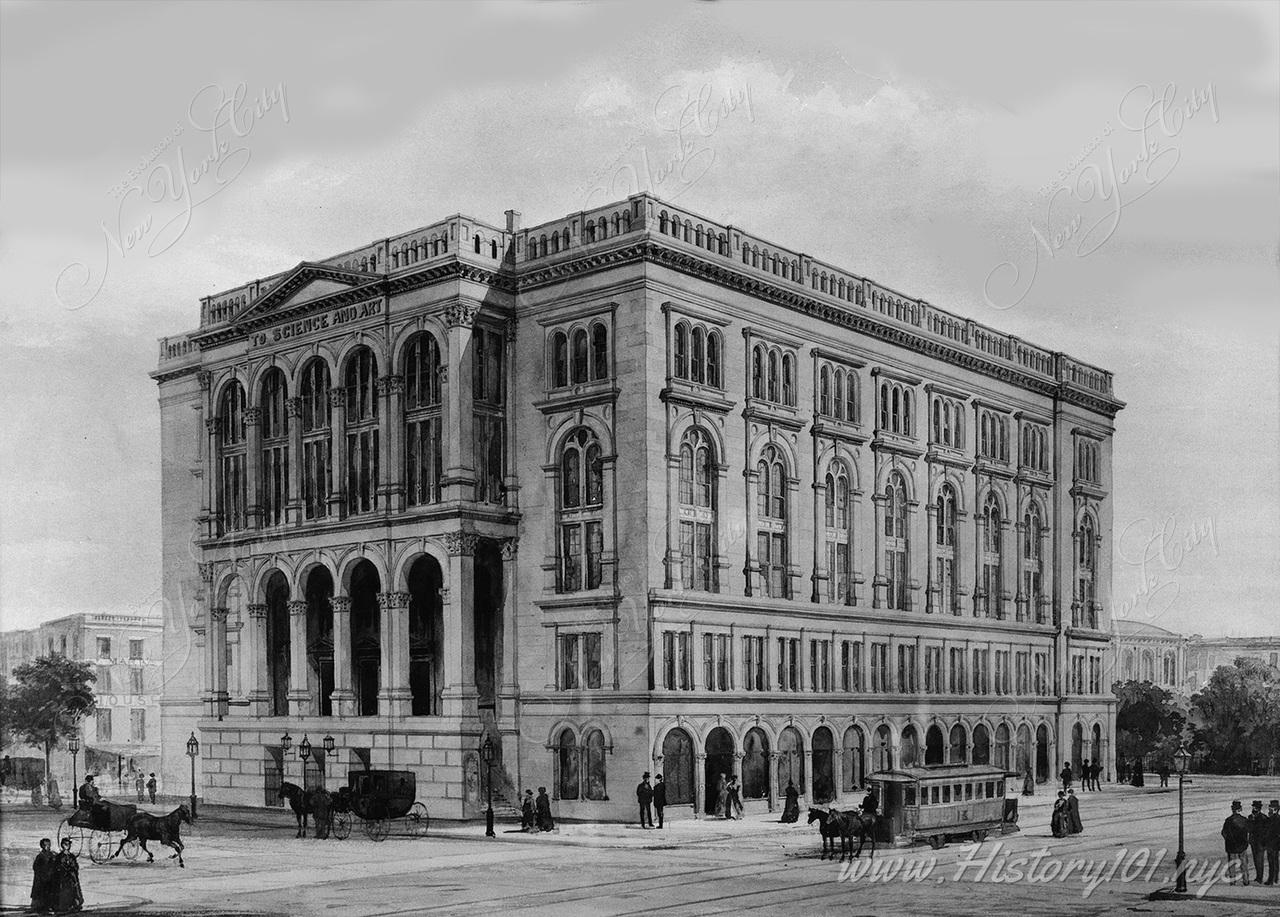 The Cooper Union was founded in 1859 by entrepreneur/inventor Peter Cooper. Astor Place was named for John Jacob Astor soon after his death in 1848. 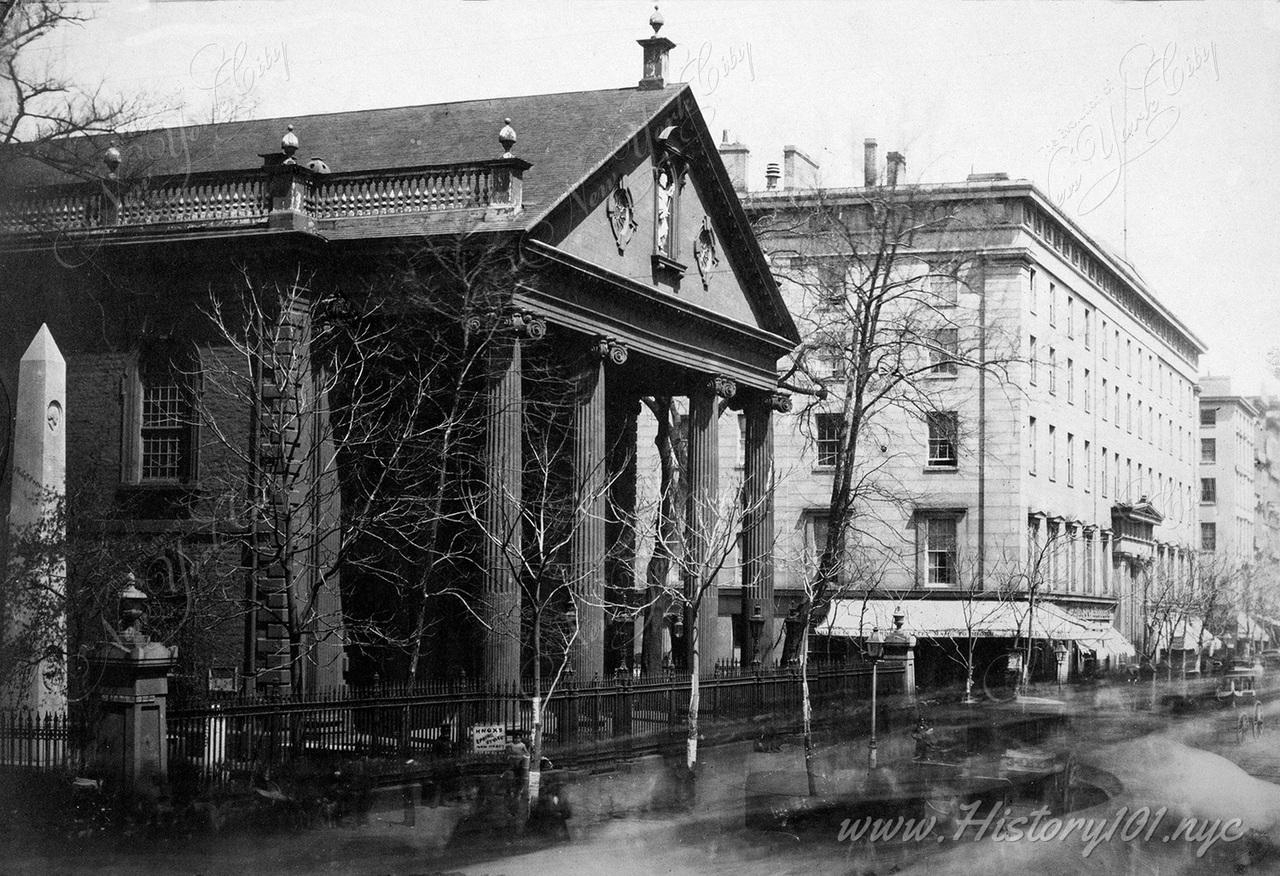 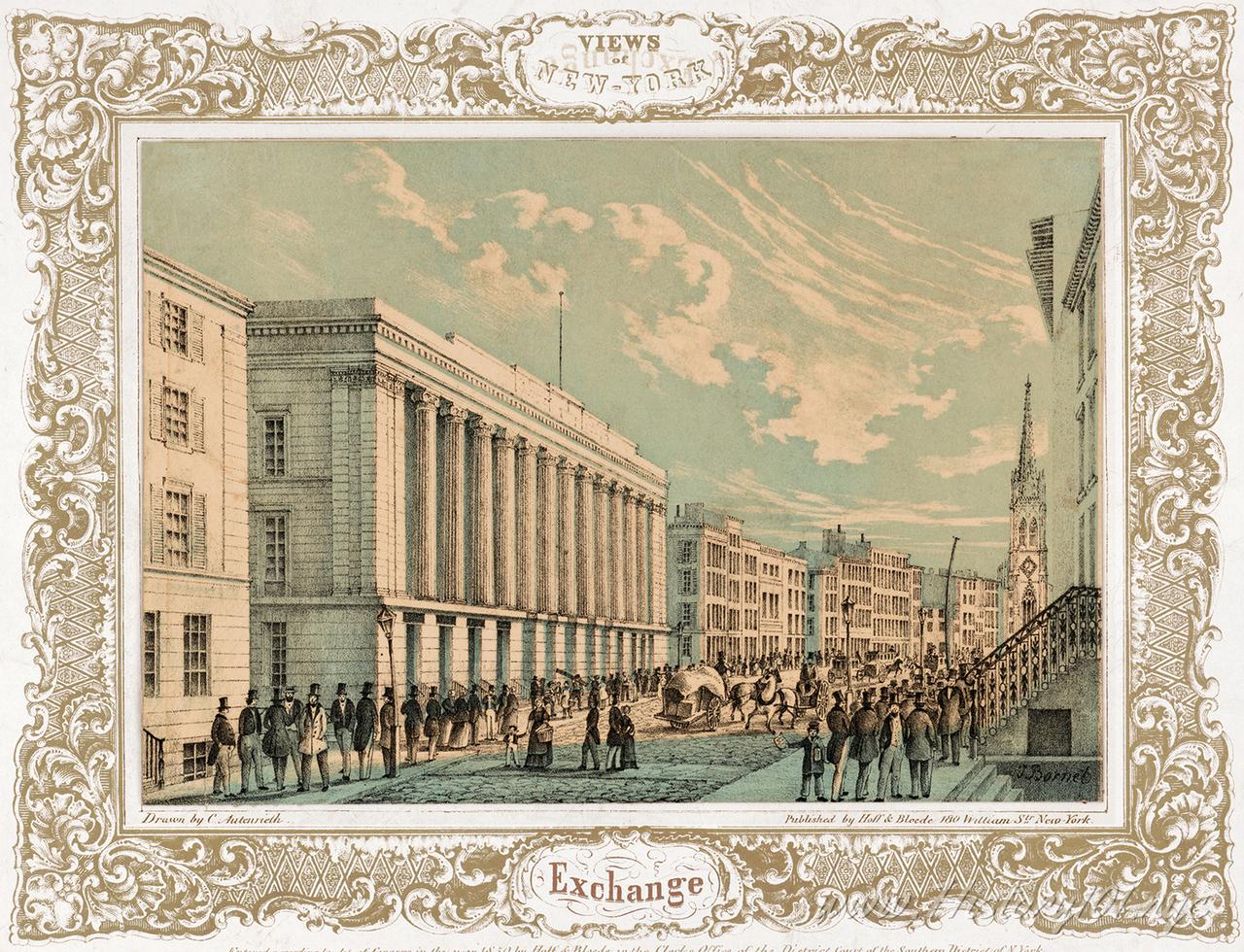 Illustration of a busy street in front of the New York Exchange which was founded on May 17, 1792. 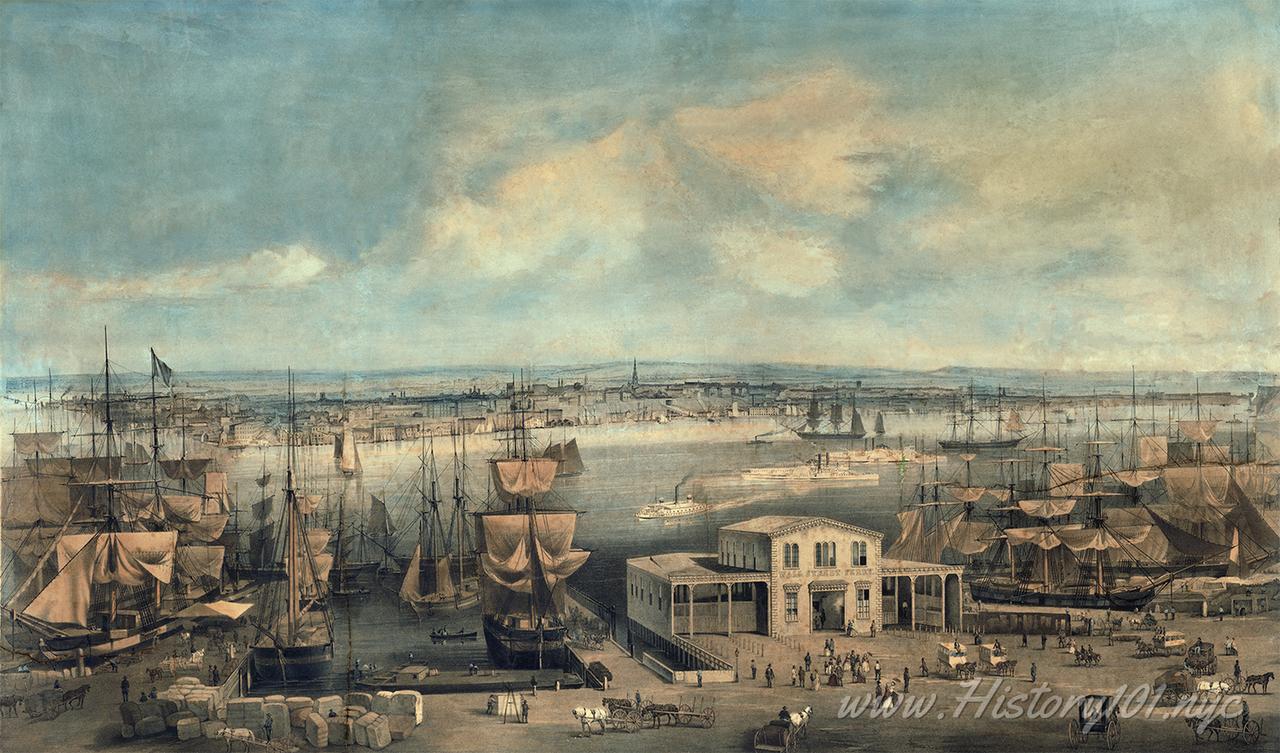 1853: View of Brooklyn from Trinity Church

Painting of a view from Trinity Church, looking towards Brooklyn and Long Island. 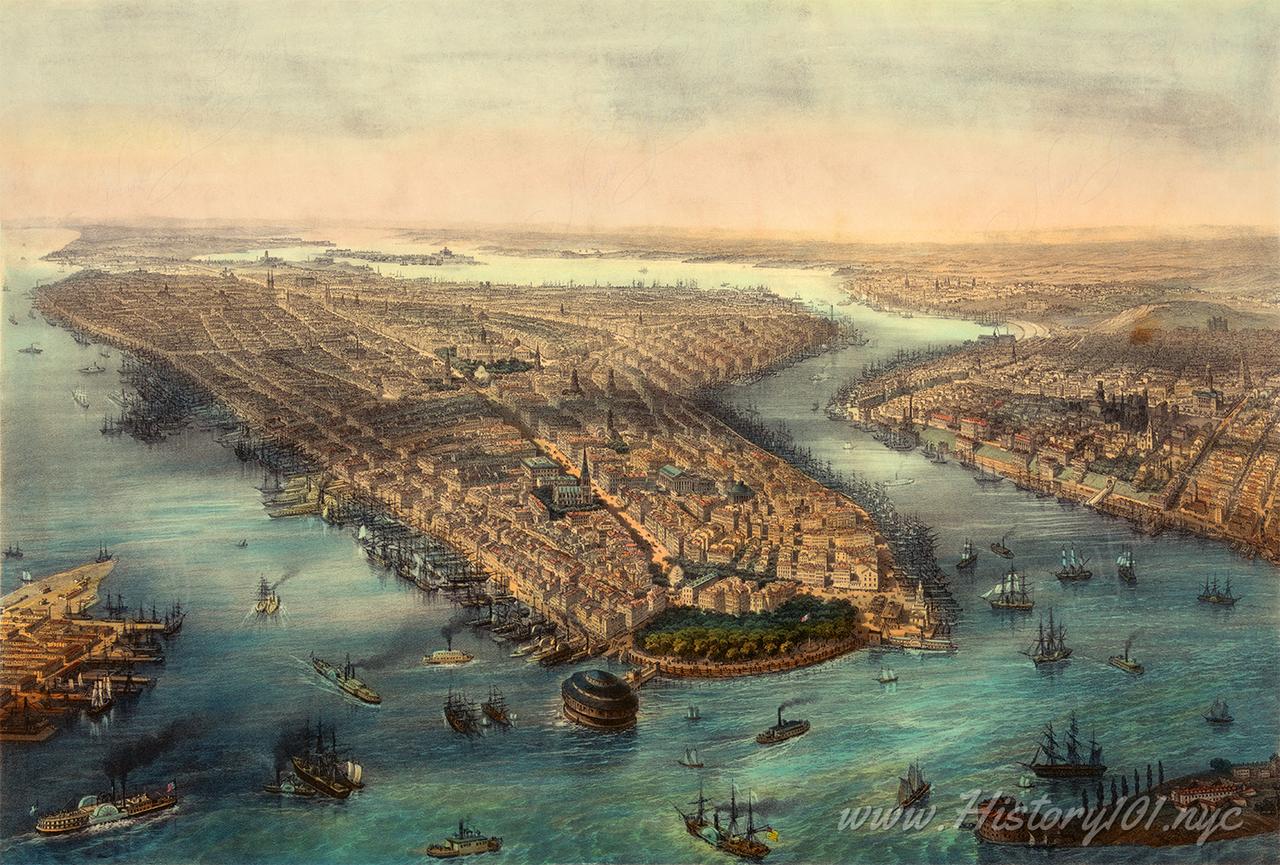 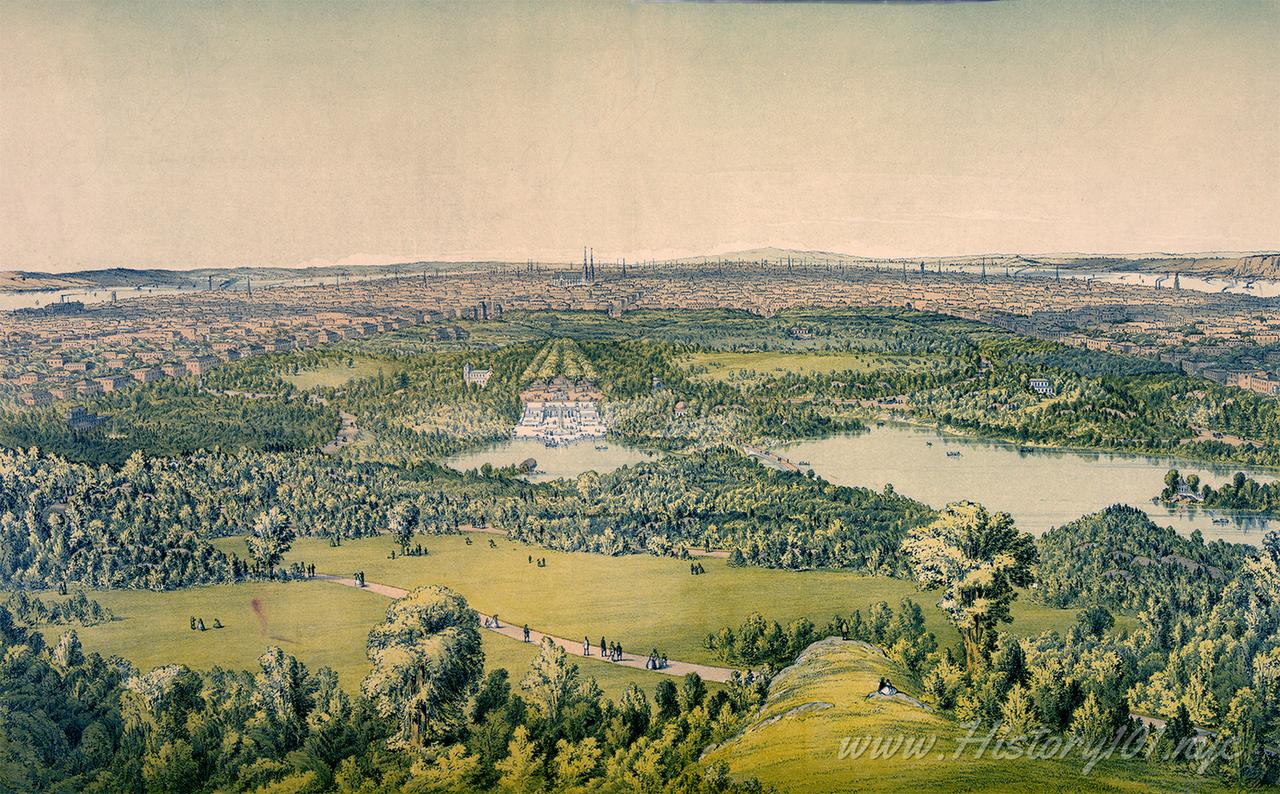 Illustration of an aerial perspective overlooking Central Park in Manhattan.

Artist Credit: Unknown. Reprinted with permission.
View This Chapter in Batches of 15 Images↑ Go Back to Top

The 1860s were a time of reconstruction after the Civil War in 1865. The nation completed its first transcontinental railroad in 1868, the same year NYC completed its the first ... Continue Reading