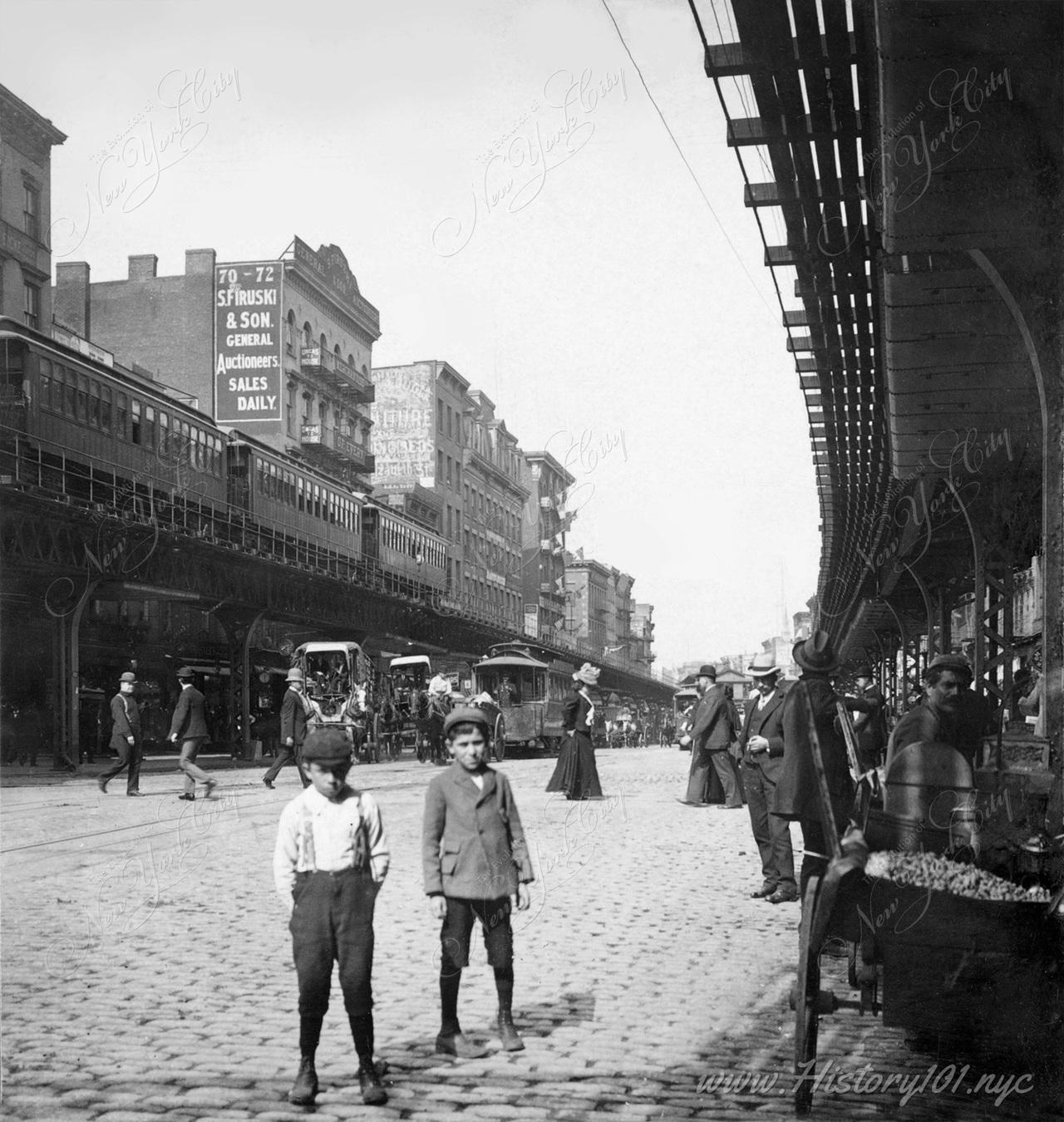 1901: Under the Elevated Railroad at the Bowery

Photograph of a busy scene on the Bowery as pedestrians make their way across the street and under the elevated overpass. 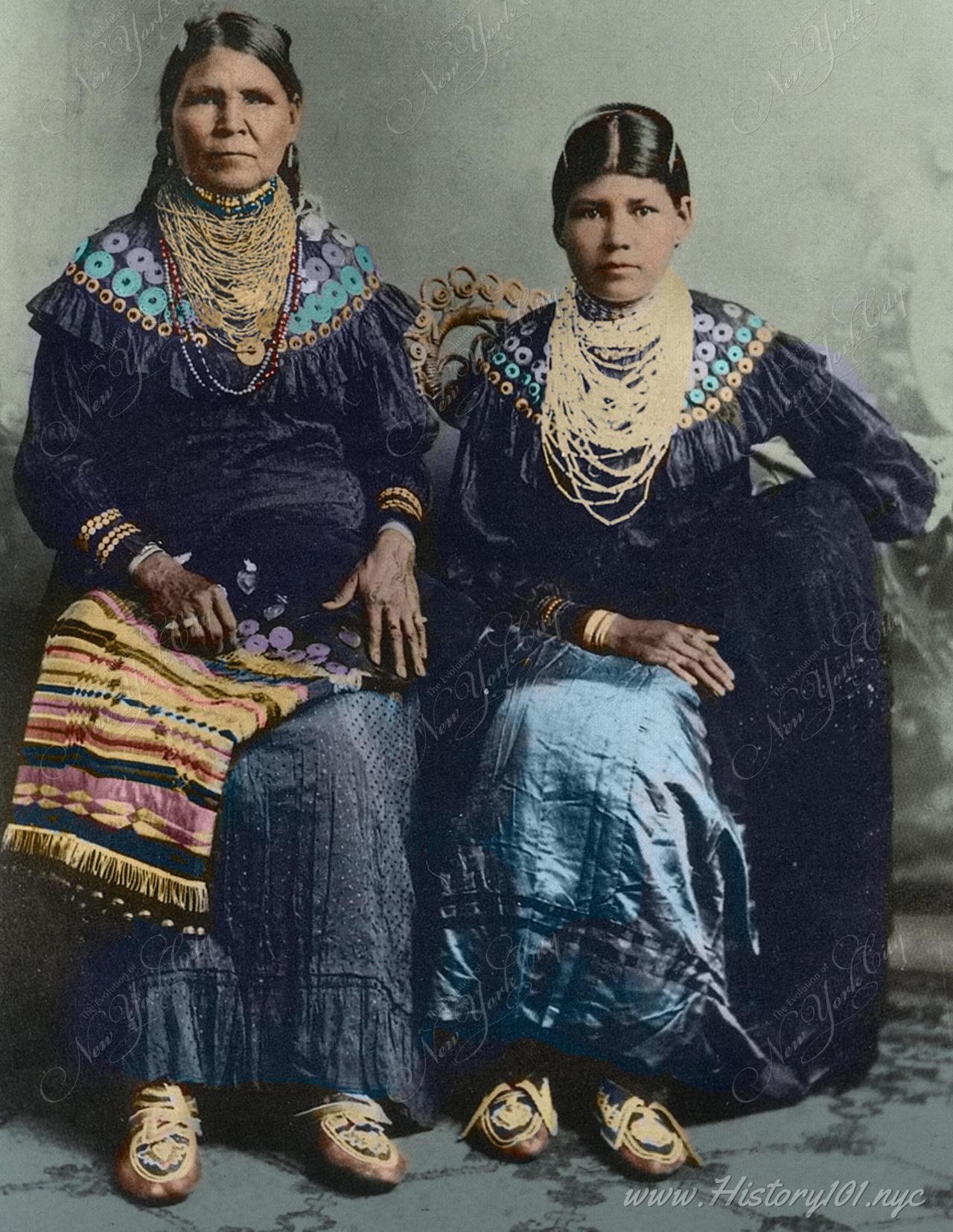 1900: Importance of Women in Lenape Culture

Colorized photograph of a mother and daughter of the Lenape tribe - the last of New York City's indigenous inhabitants at the turn of the century. 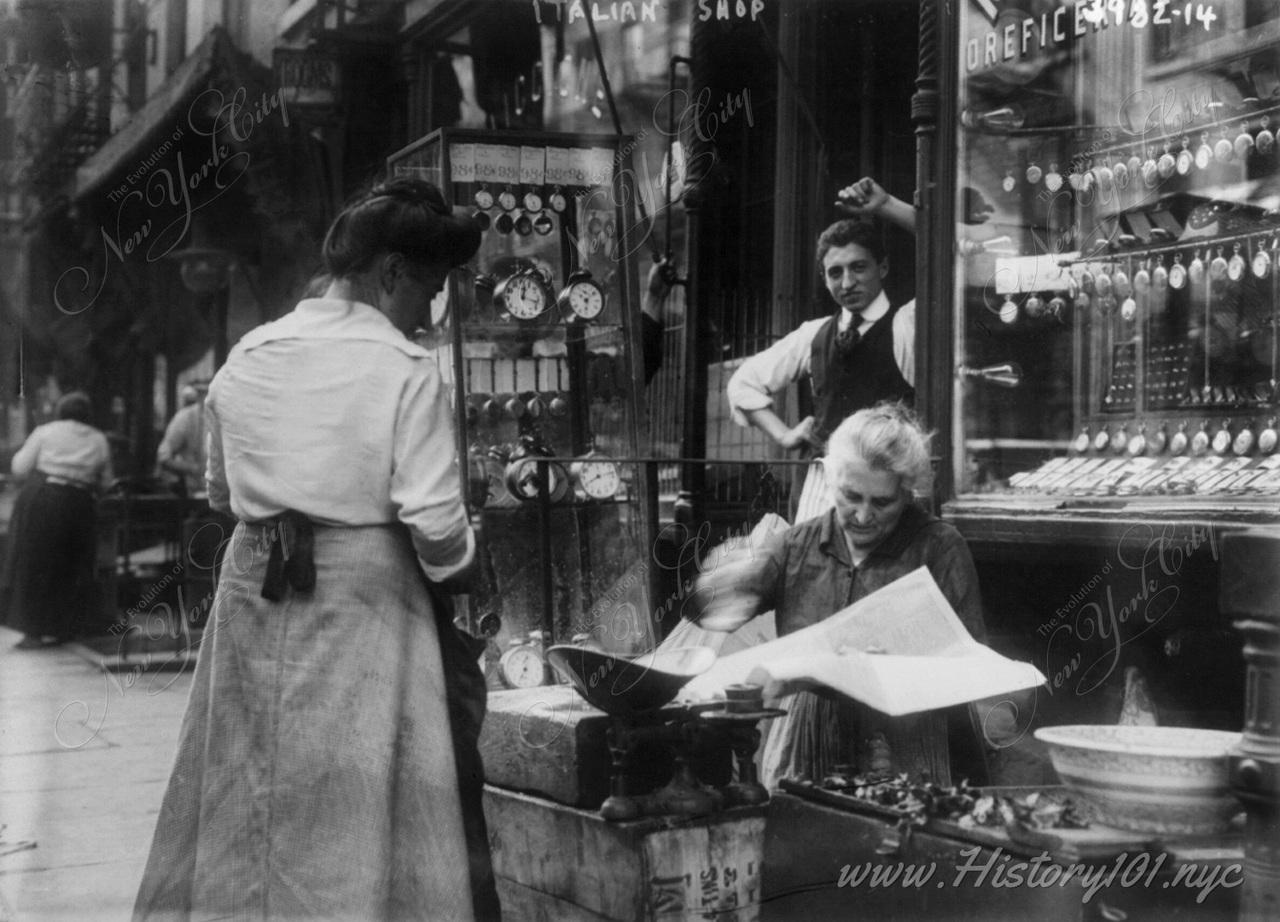 Photograph of an Italian watchmaker's shop. An older woman reads the newspaper as a pedestrian observes. 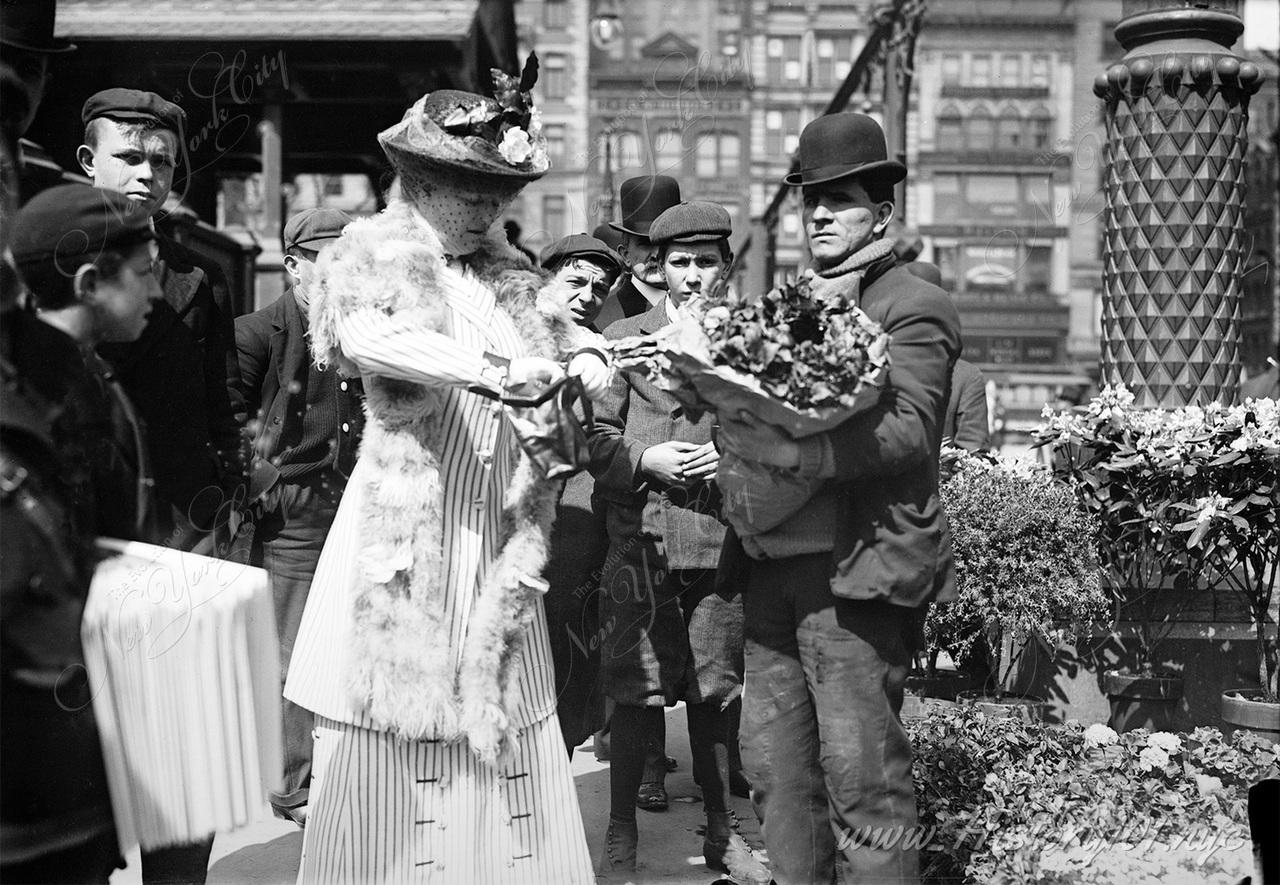 A woman buys flowers from a vendor in Union Square, surrounded by local children. 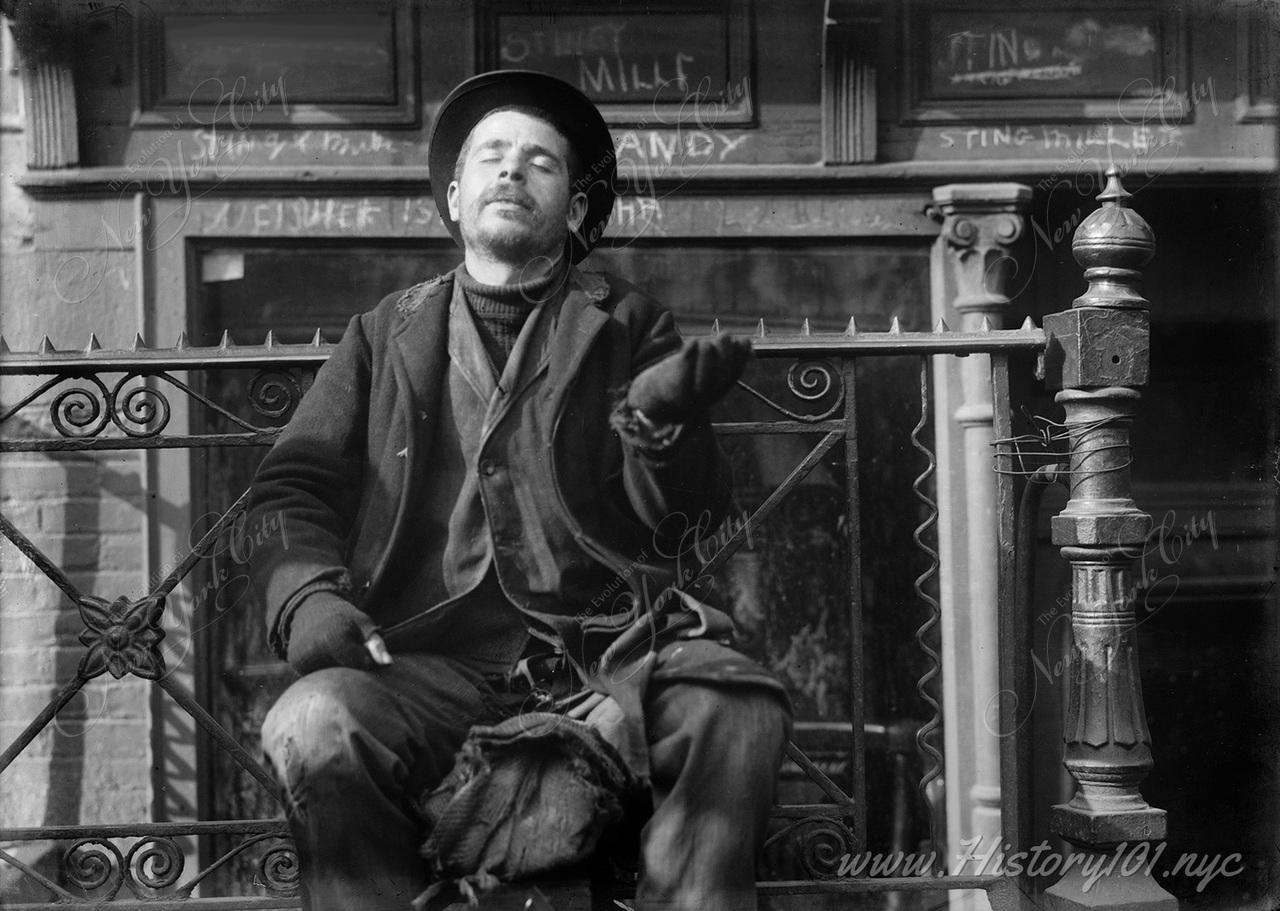 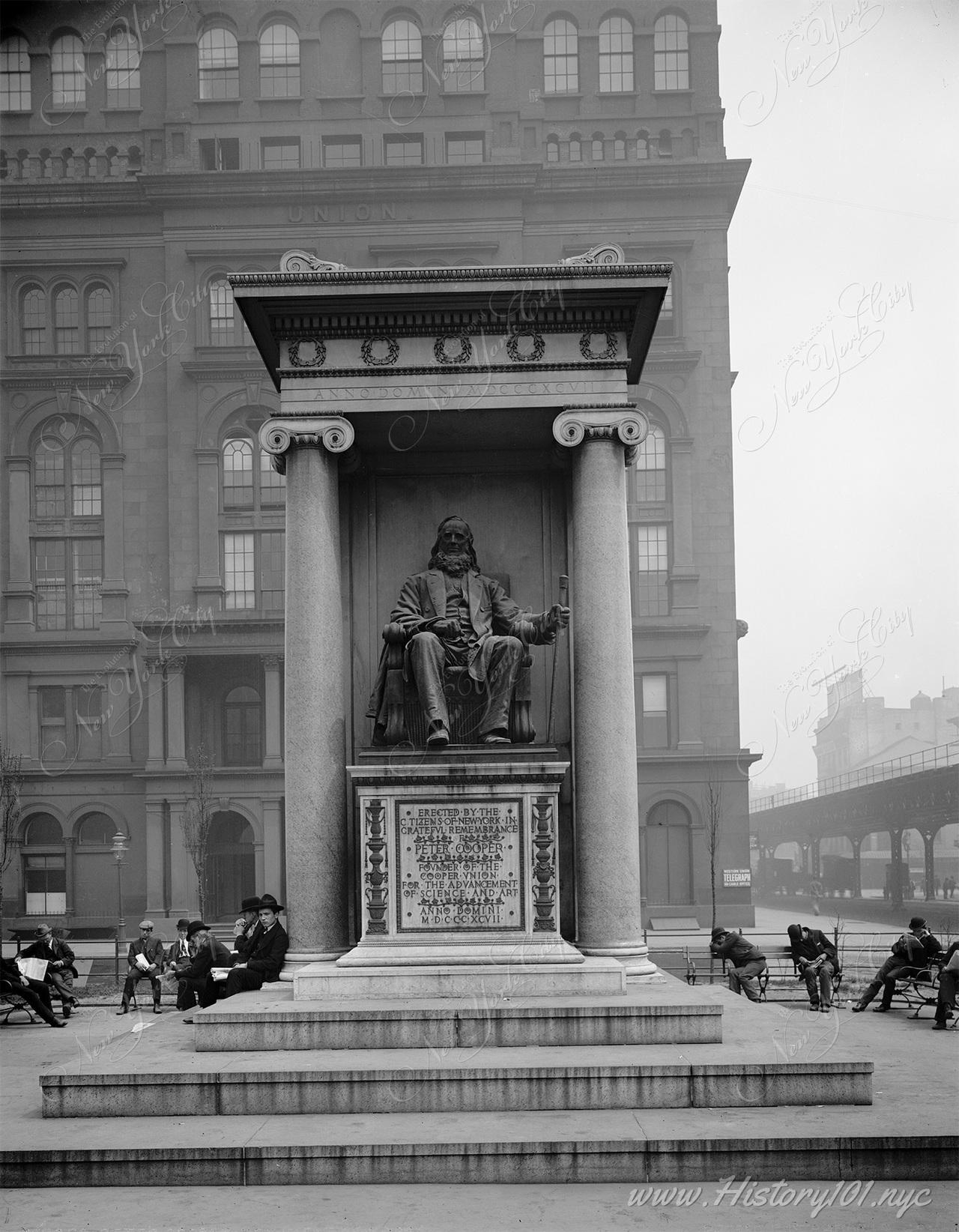 Following Cooper's death in 1883, Augustus Saint-Gaudens was commissioned to design a monument in honor of the great visionary. 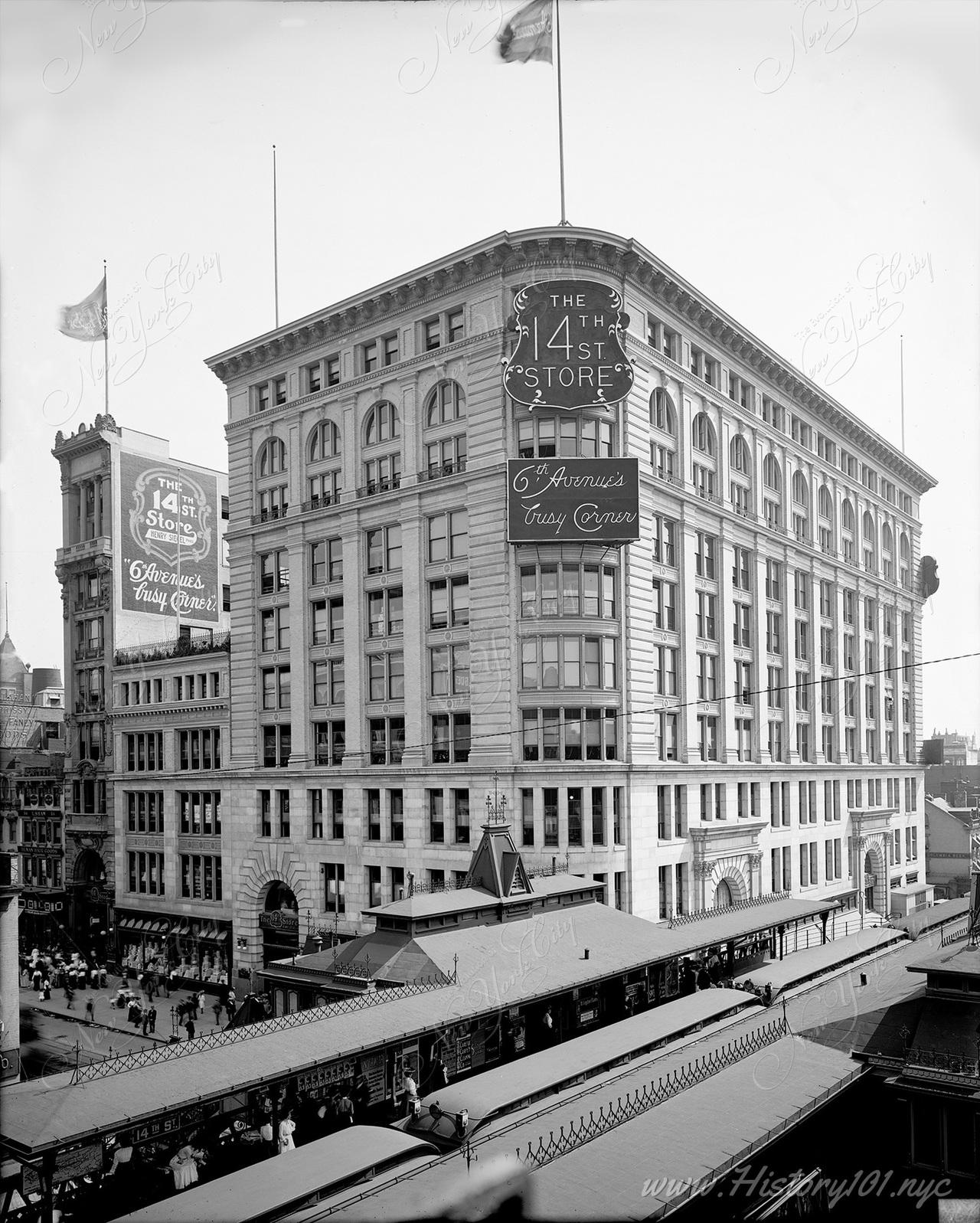 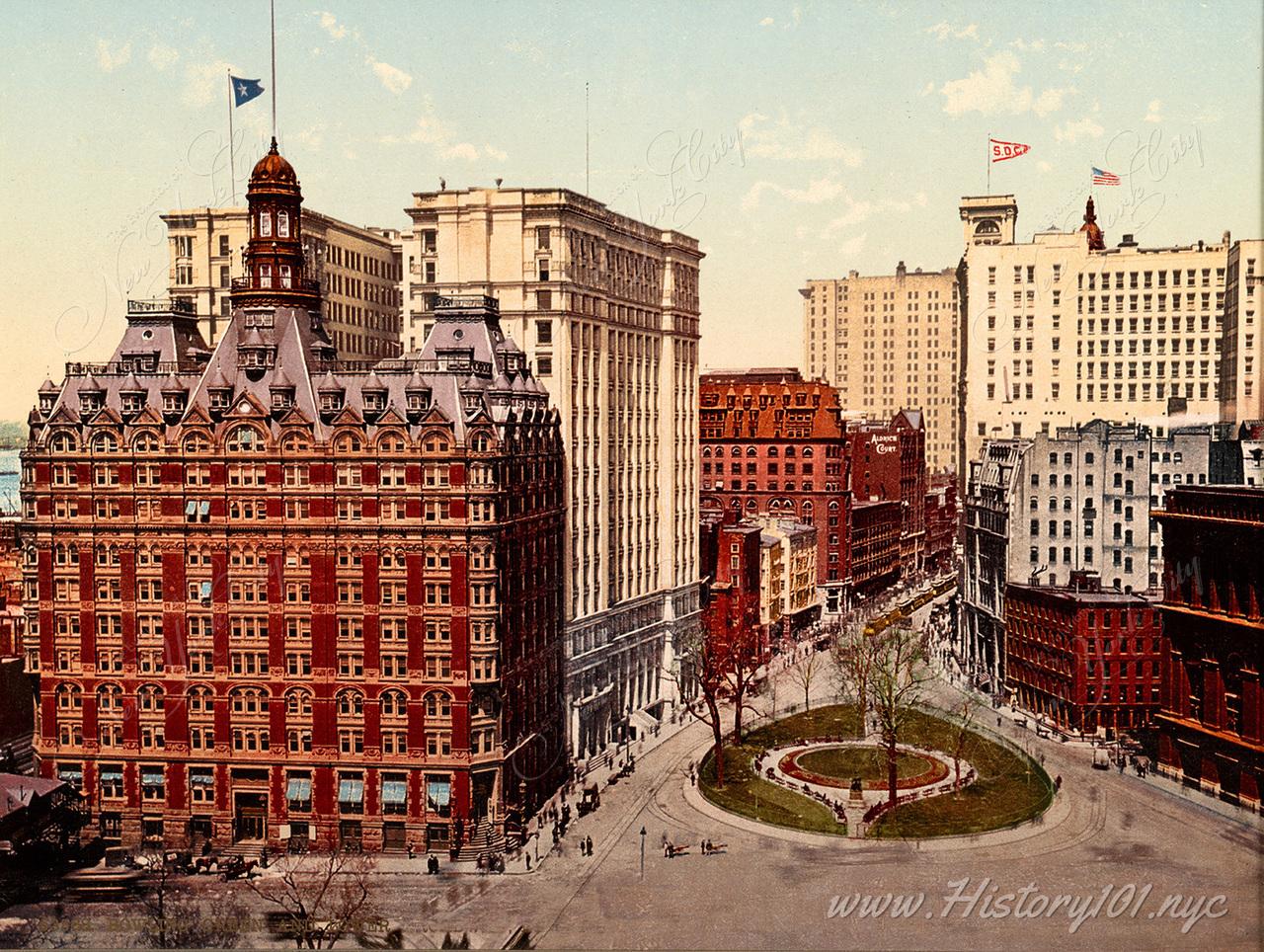 A colorized photochrom print depicting an aerial view of Bowling Green and its surrounding buildings. 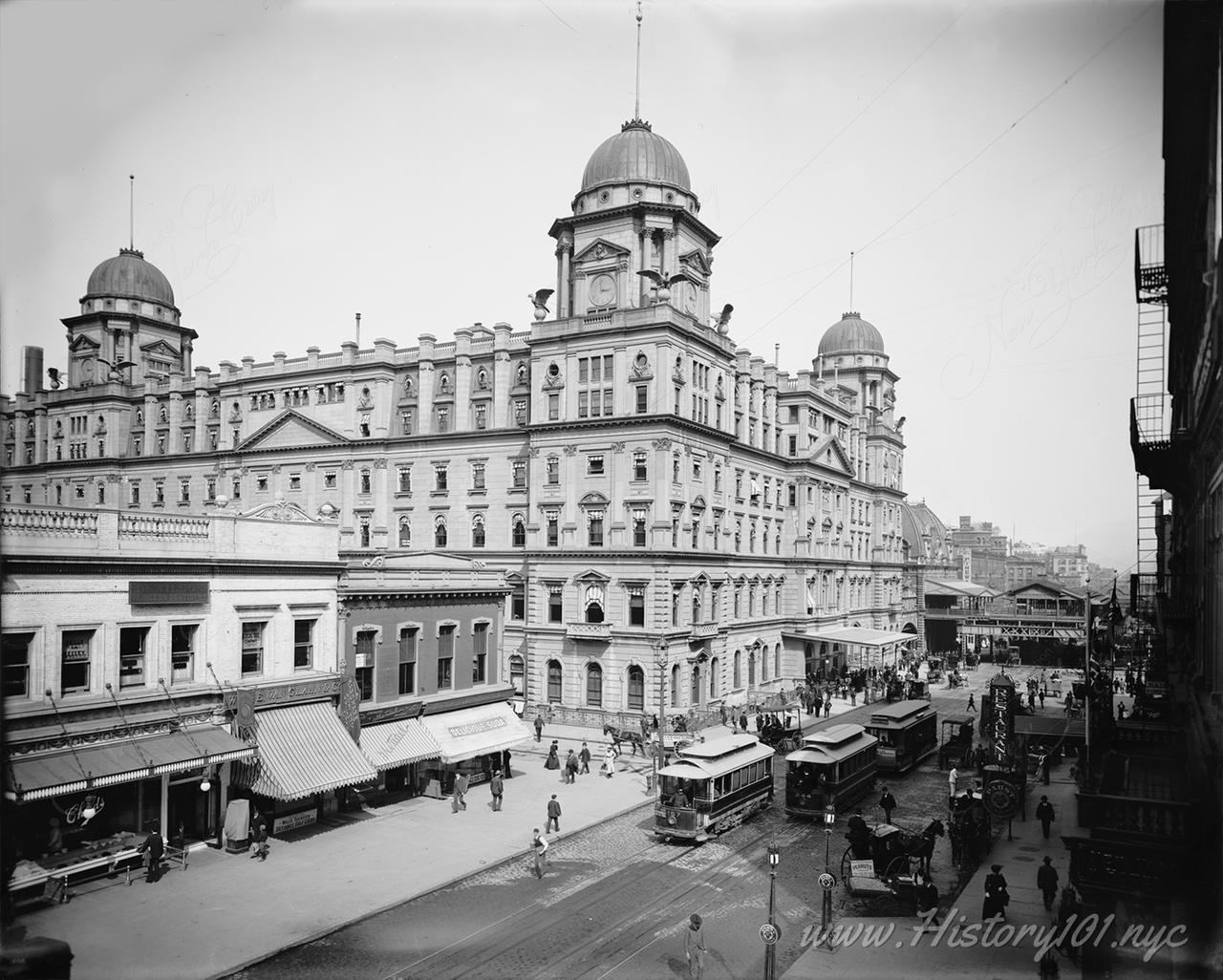 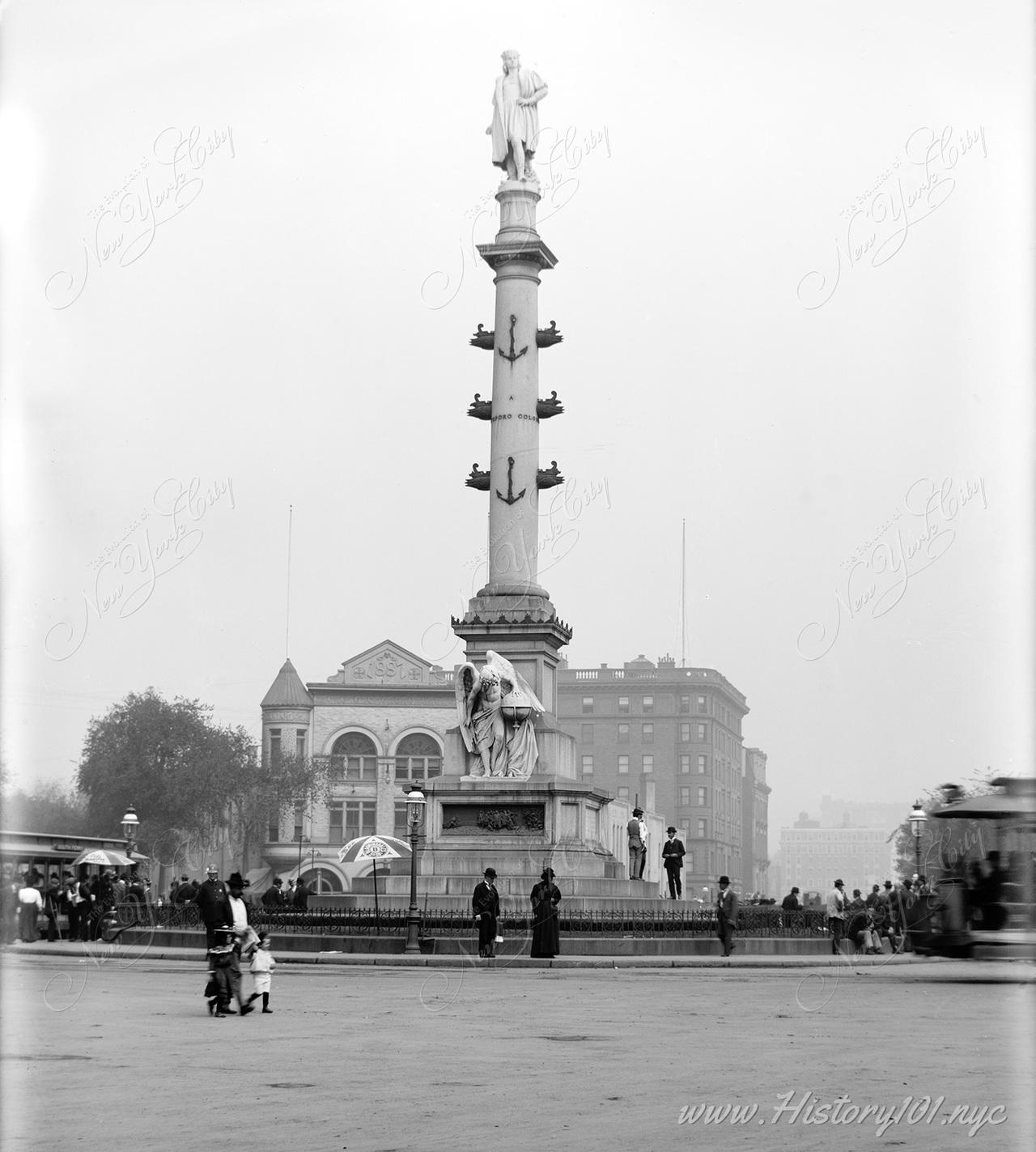 Manhattan's Columbus Monument was created by Italian sculptor Gaetano Russo as the city's 1892 commemoration of Columbus' landing 400 years prior. 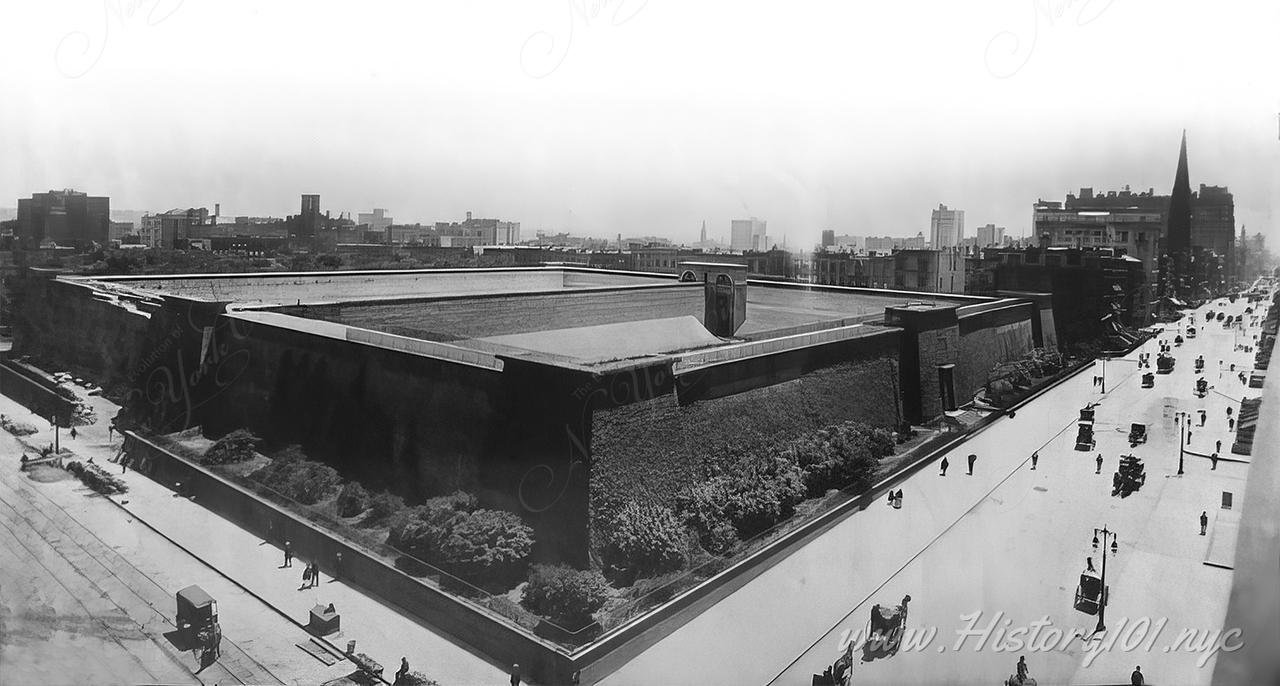 Photograph of the old Croton Reservoir prior to it's demolition at what is now the Great Lawn in Central Park. 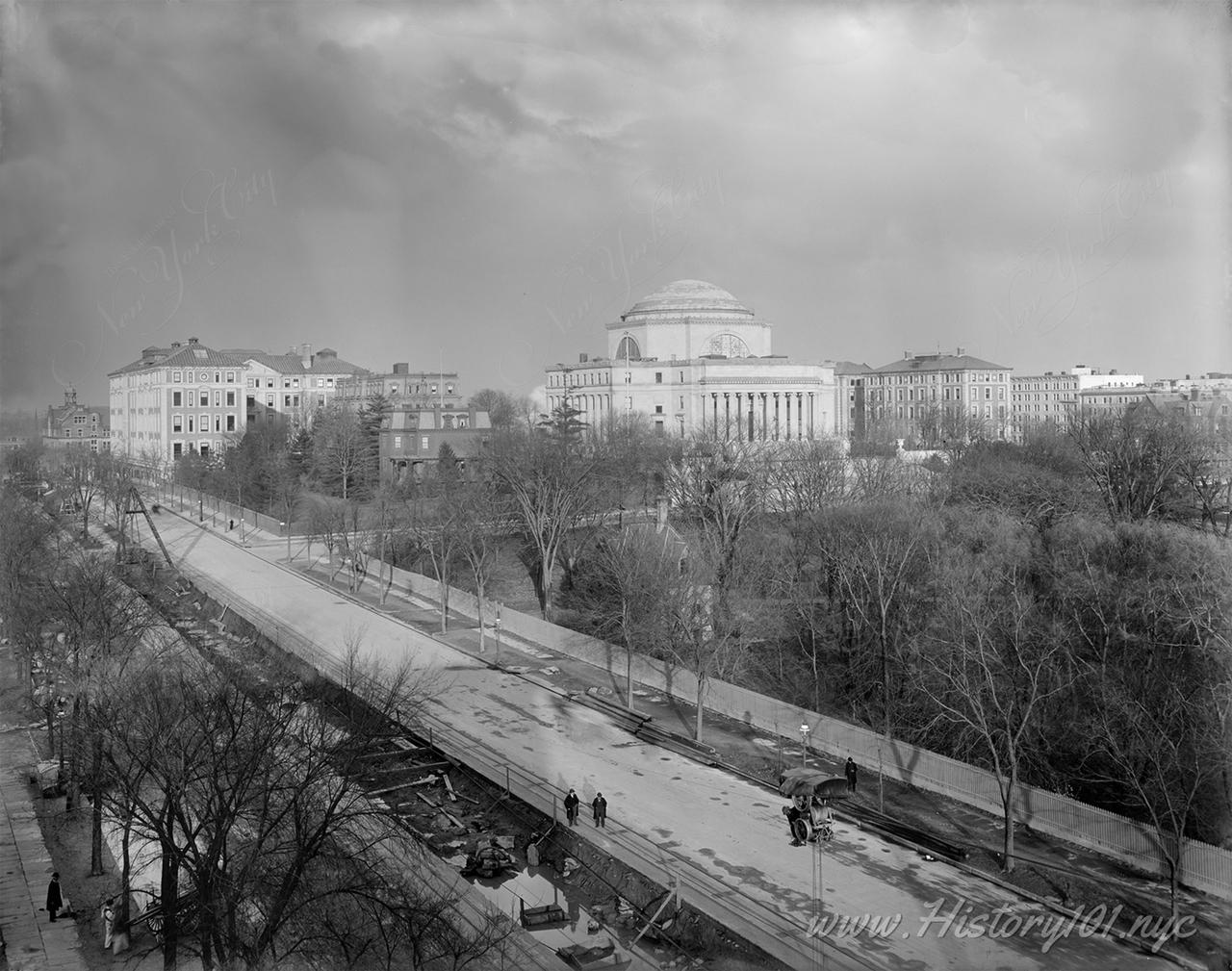 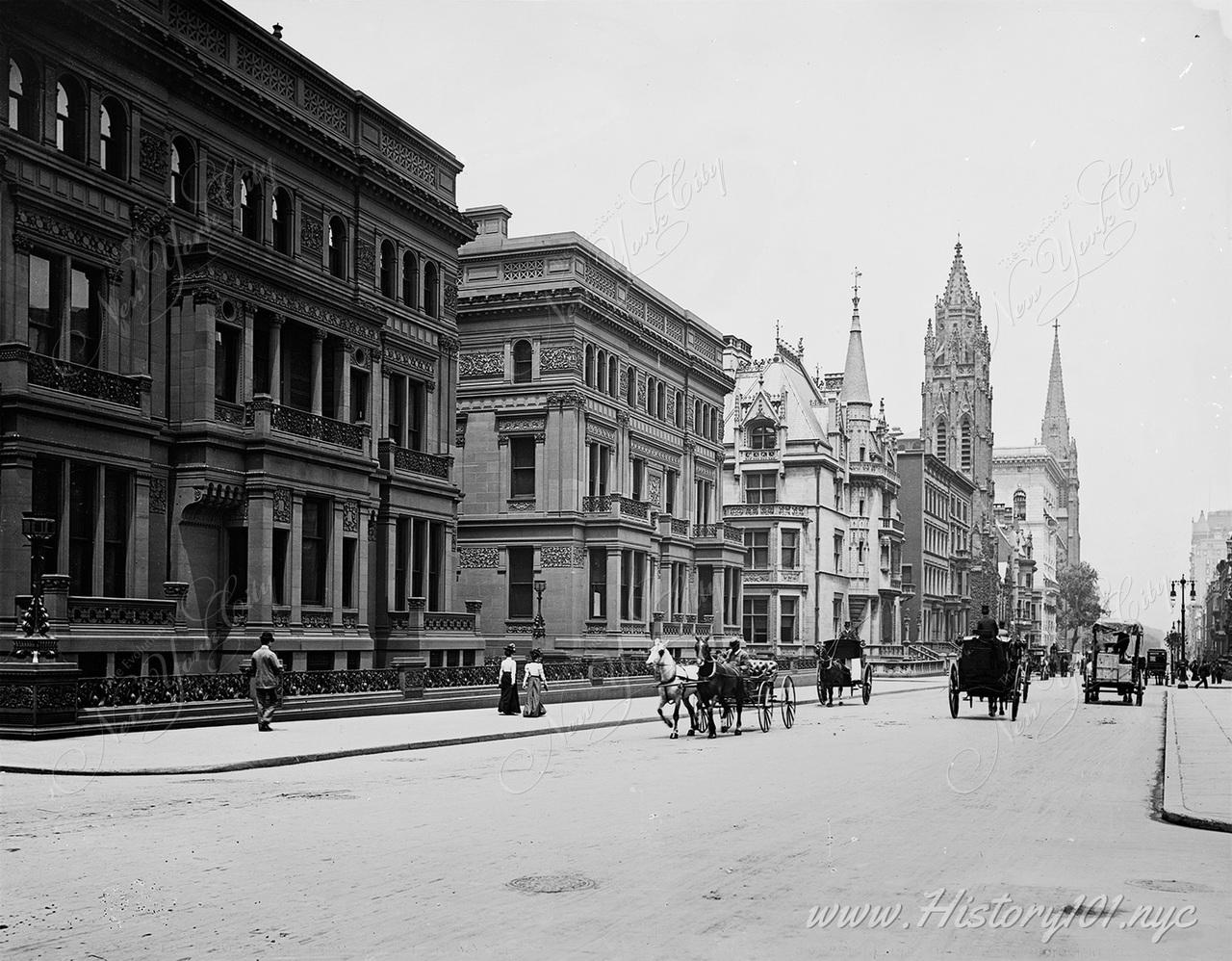 A view of Fifth Avenue, from the perspective of St. Patrick's Cathedral. Photograph includes the Vanderbilt family mansions. 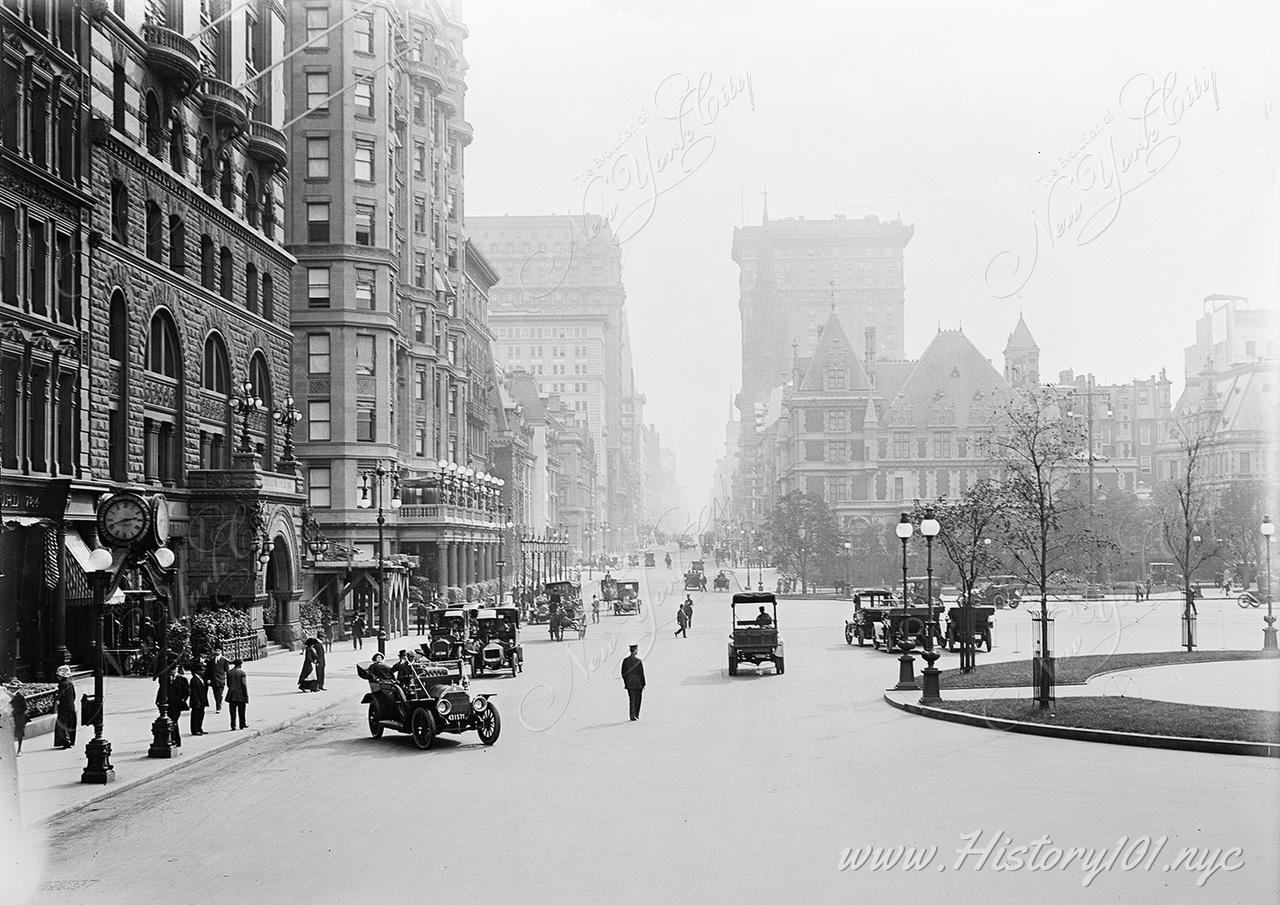 A view at the corner of 60th Street and Fifth Avenue, on the Southwest corner of Central Park 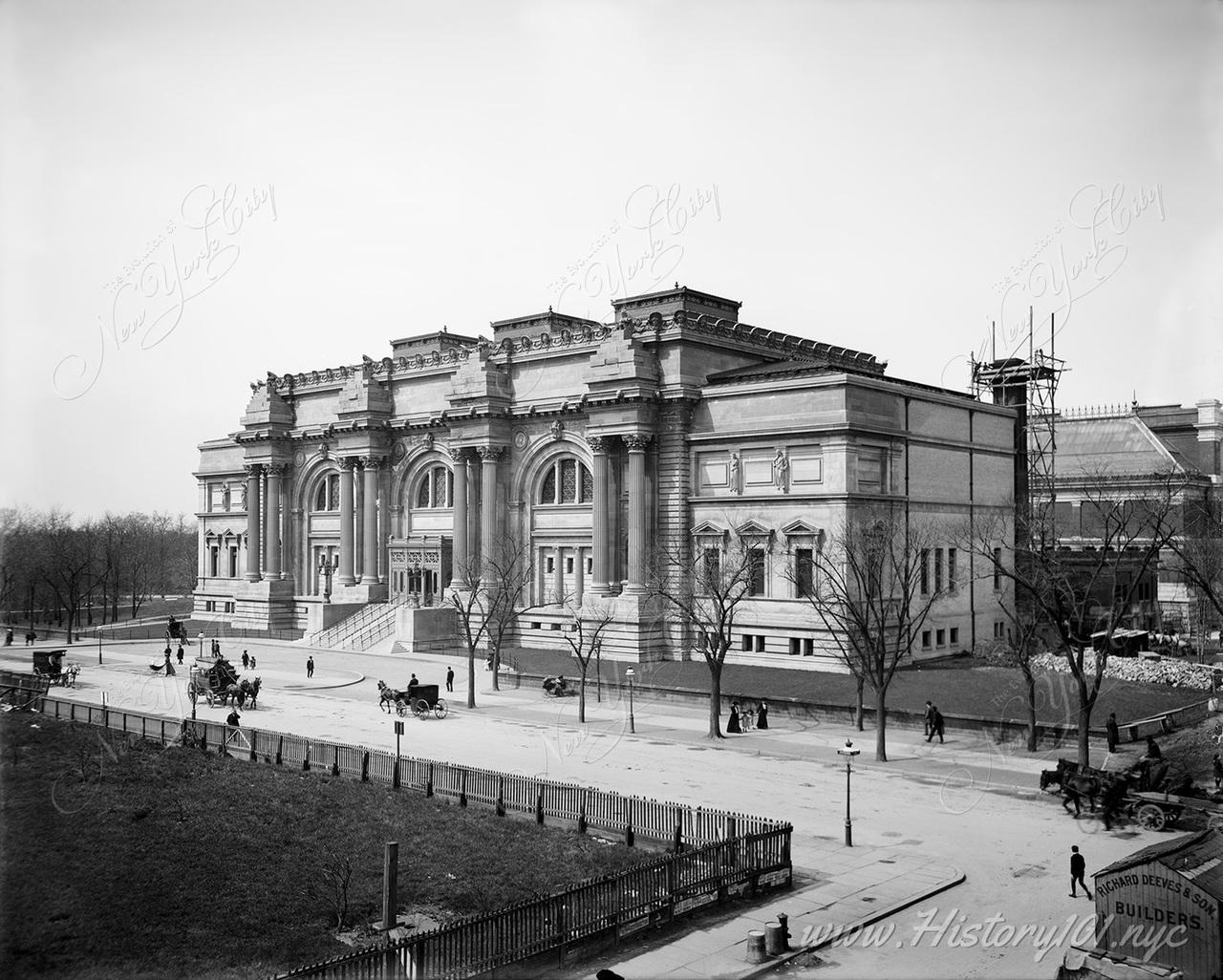 1903: The Metropolitan Museum of Art

Photograph of The Metropolitan Museum of Art, founded in 1870. In the foreground a busy street filled with pedestrians, horses and carriages.